Time may change me

How little can I do in my mathematics blog and still have a mathematics blog? Yes, it was another week when I posted only one thing and that was restirring old material. Believe me, I've looked at my readership statistics for July and know what this has cost me. Don't worry; someday I'll write a thing again. For now, though, here's four-fifths of everything I posted in July:

And now more pictures from Michigan's Adventure back on Monday. You can actually see us waiting forever for Wolverine Wildcat! 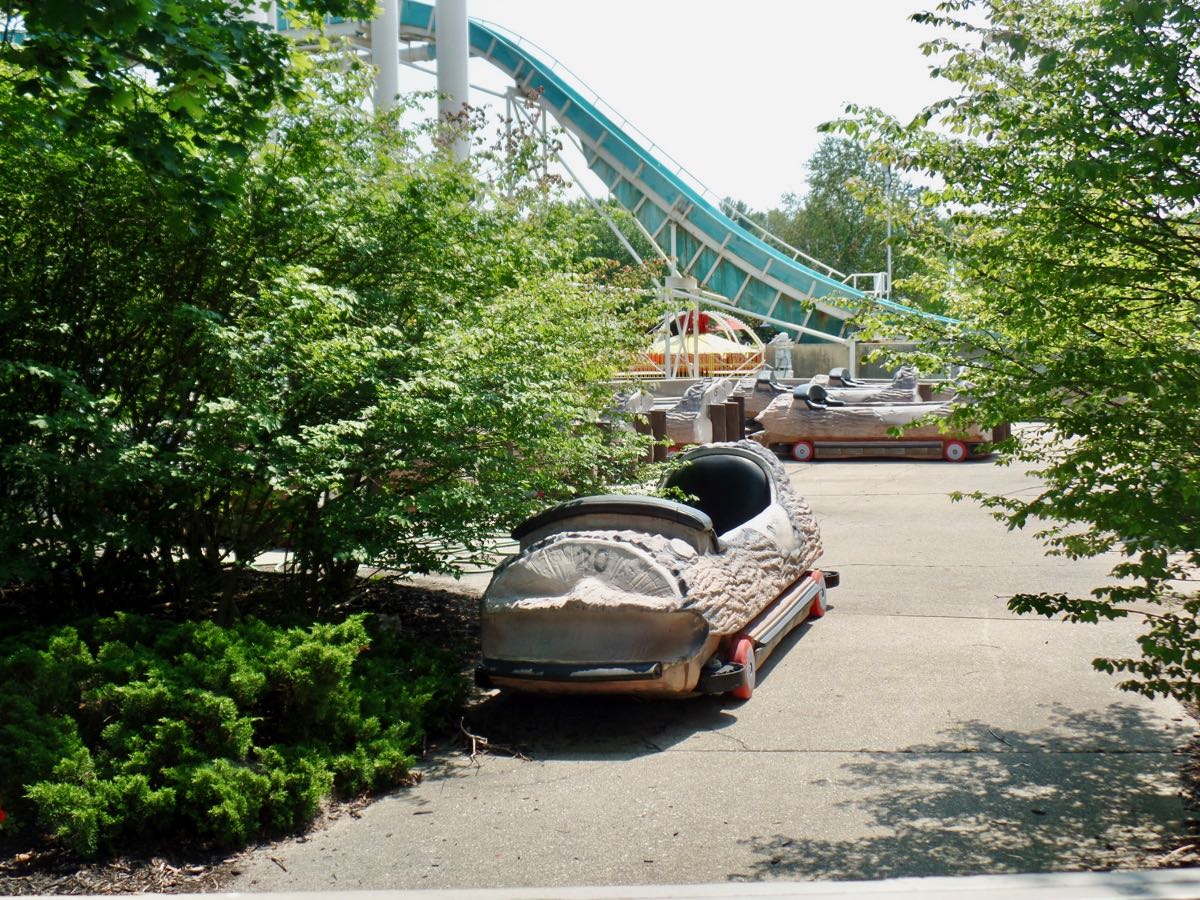 Log flume cars parked on the concrete surrounding the ride, which convinced us the ride was not running today and plausibly hadn't run in weeks. We were wrong. Later in the afternoon Logger's Run was up and running like nothing weird was going on. 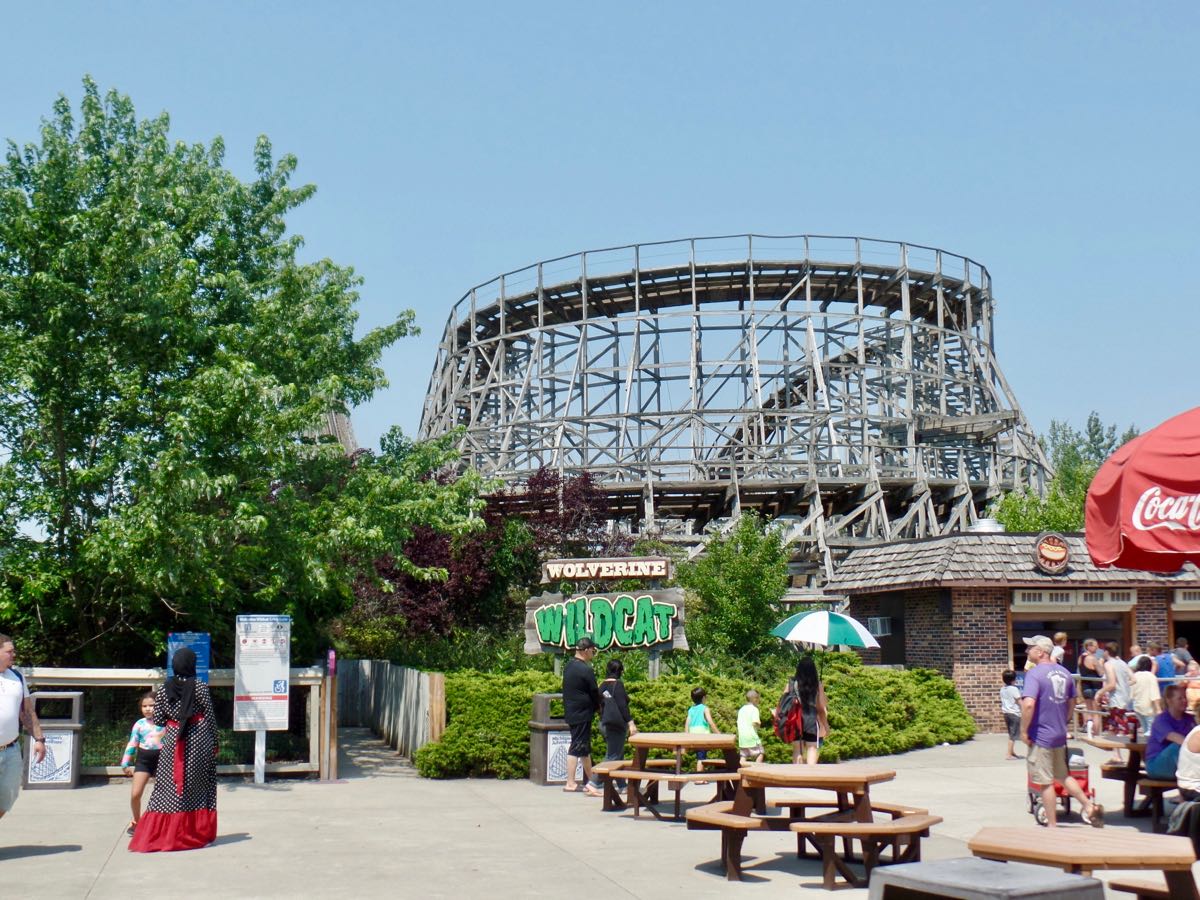 Establishing shot of Wolverine Wildcat, with the logo the ride has had since Cedar Fair took over.

bunny_hugger mentioned how she's got to scan her photograph of the ride sign from her first visit, when the park was still independent and had a homemade sign. 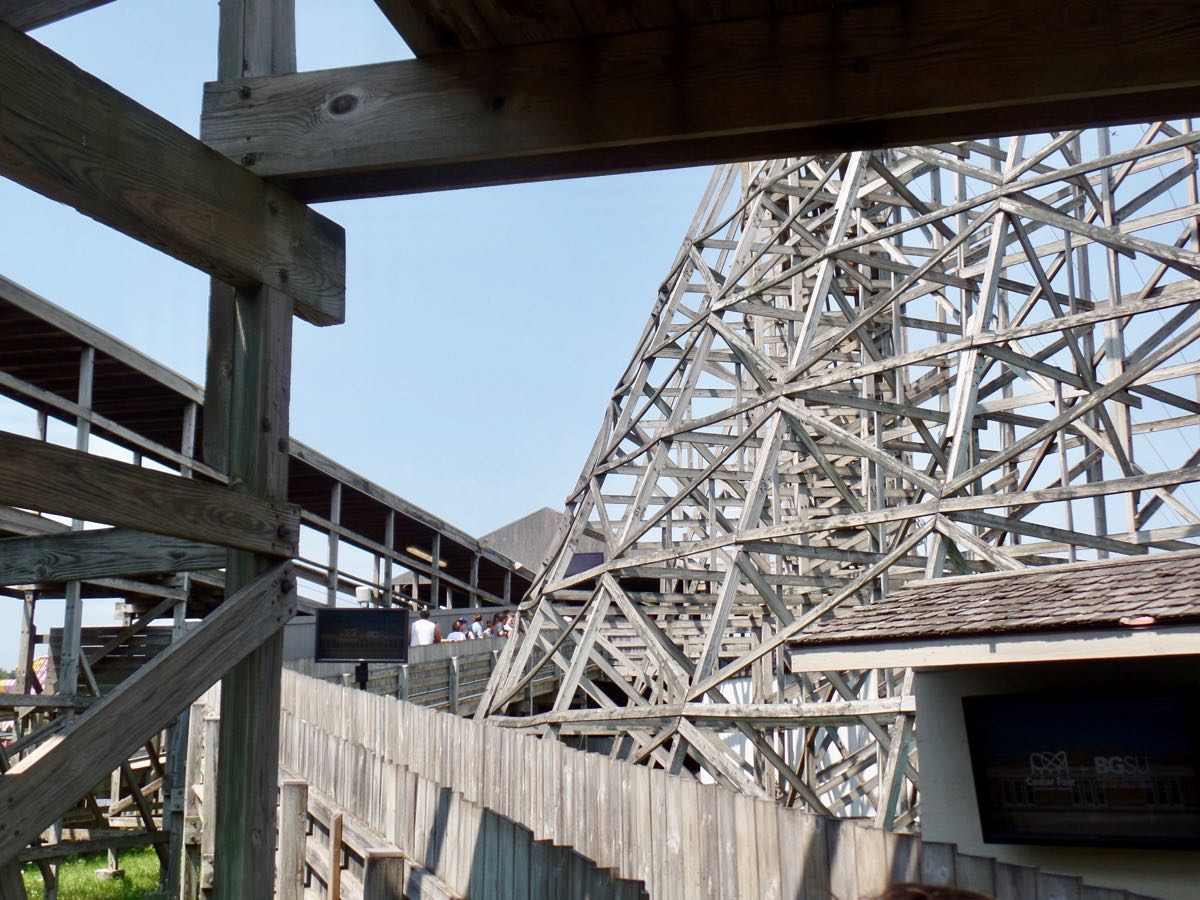 The line for Wolverine Wildcat, which seemed like it'd be four or five ride cycles. None too long ... we thought. 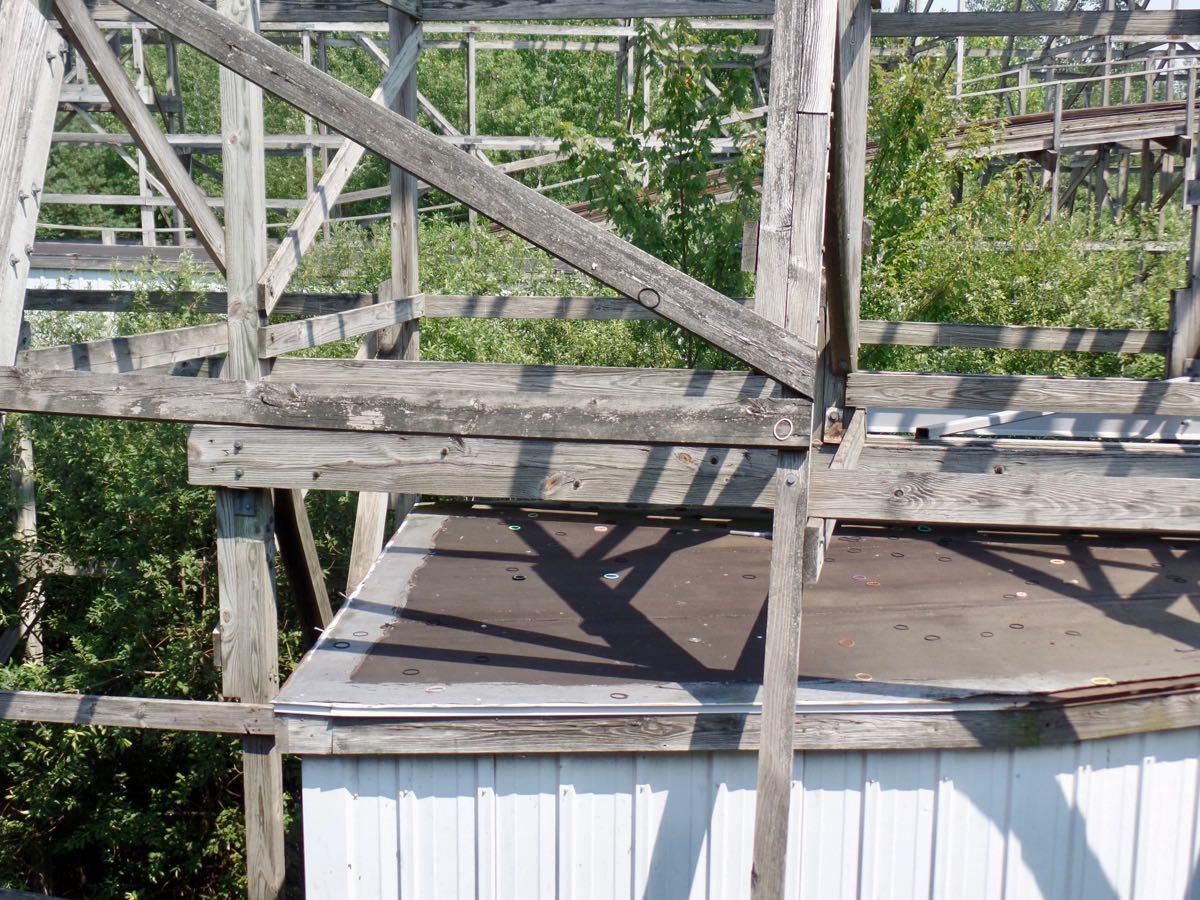 The end of the tunnel that the train goes through before the lift hill, and some of the hair bands tossed onto its roof. 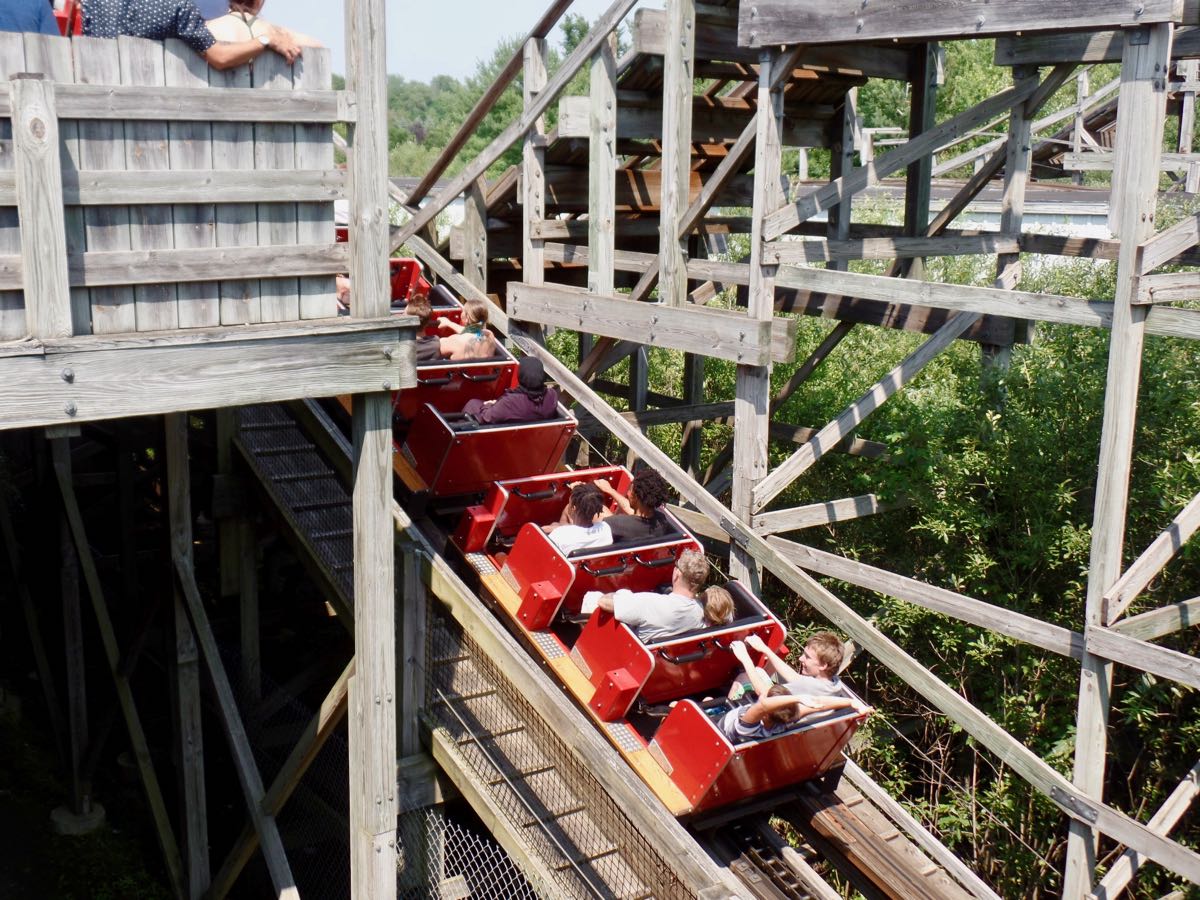 Wolverine Wildcat train on the lift hill. The roller coaster only has the one train, without an obvious way to take the train off the track in case of need. We don't know why; its near-twin at Knoebels has a second train and the transfer track for it, just before the station. 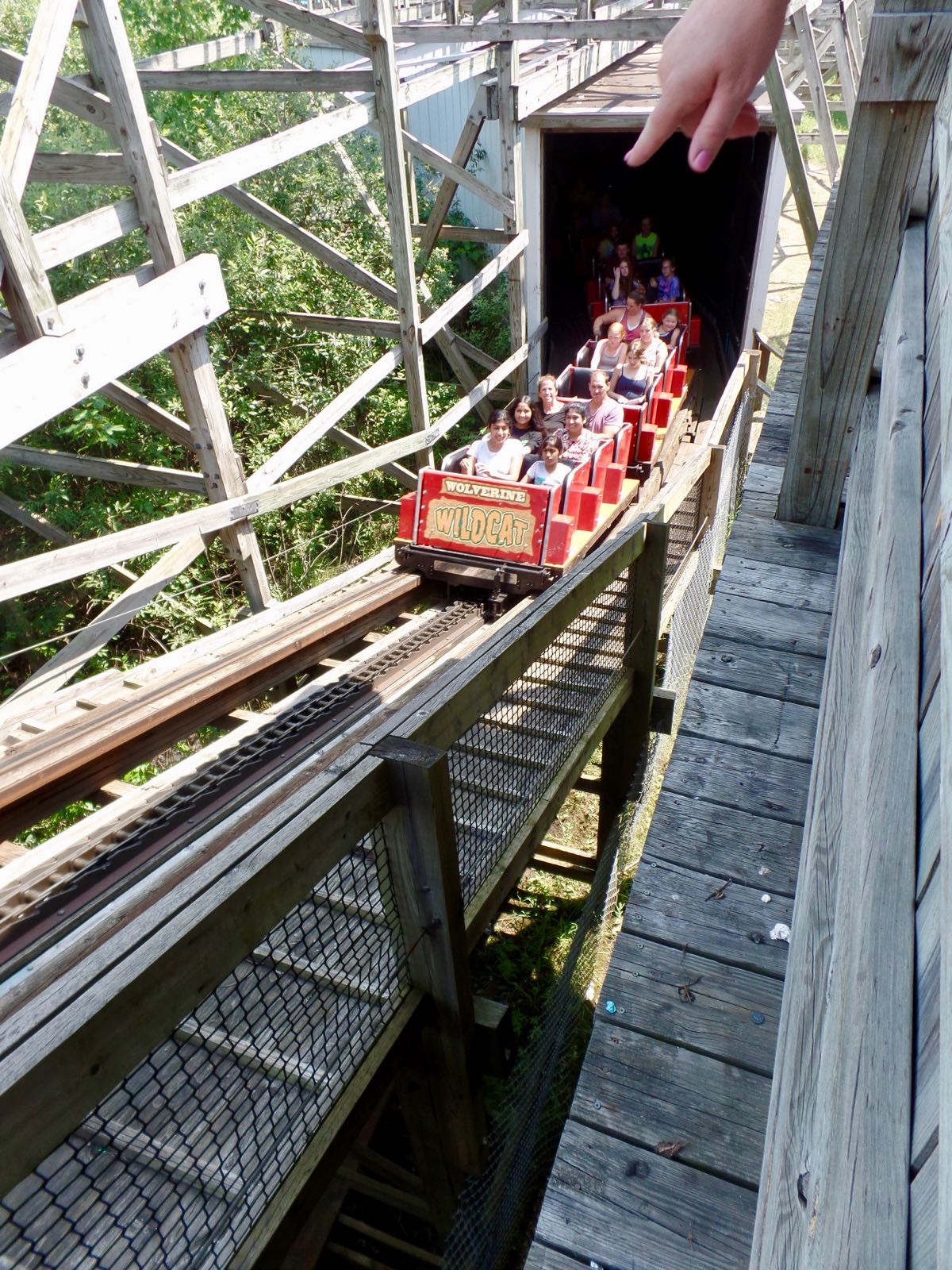 Another look at the train going up the lift hill. I like the hand pointing in frame; that's what makes this my album cover. 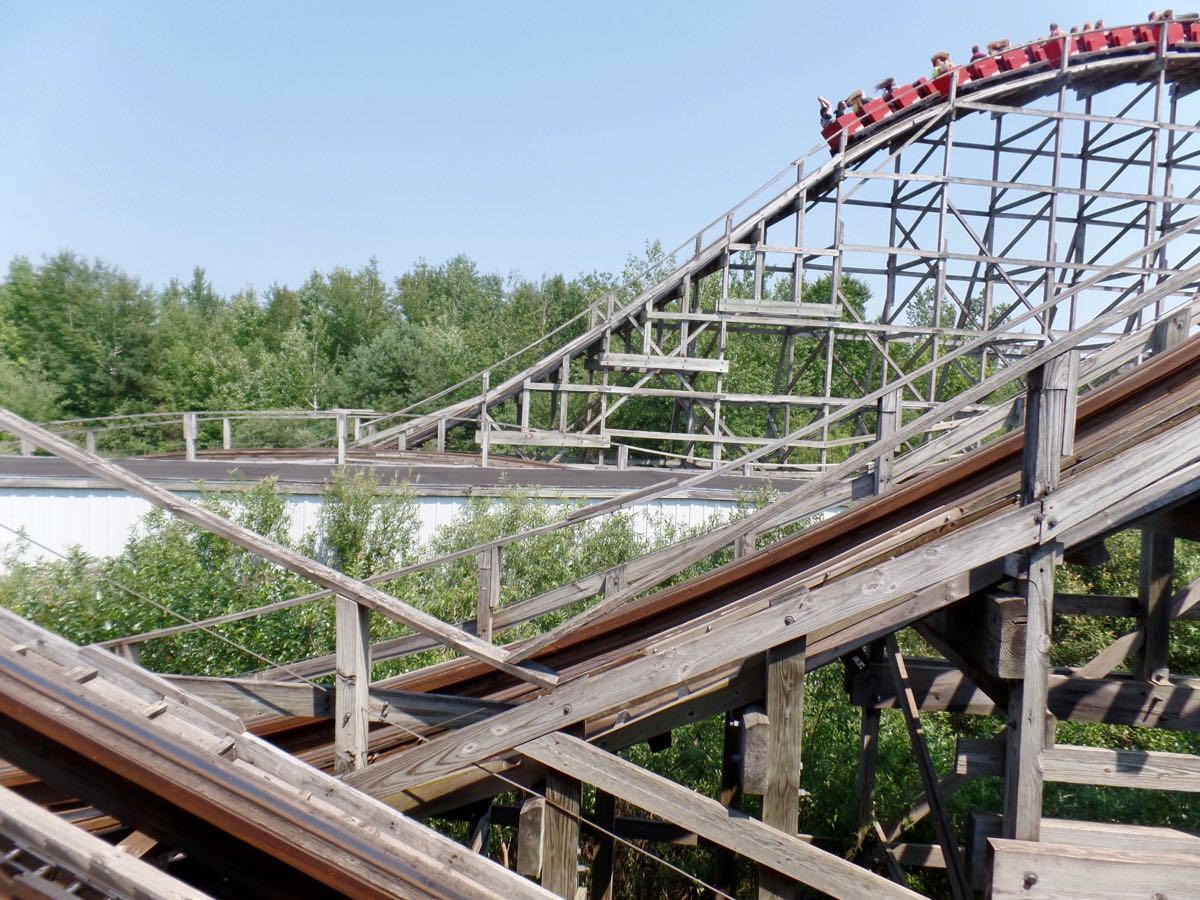 Wolverine Wildcat ascending the hill on its first return. 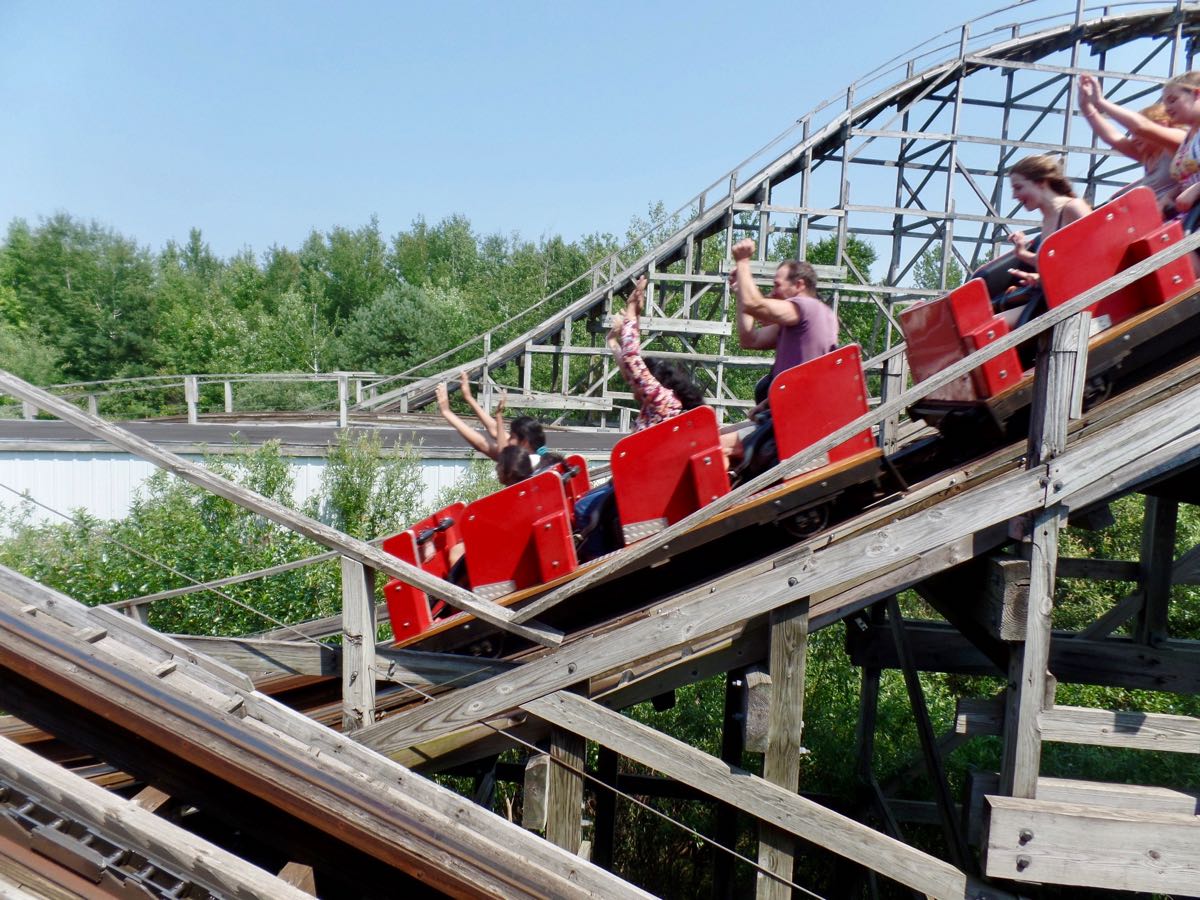 Same train descending the hill of its first return. 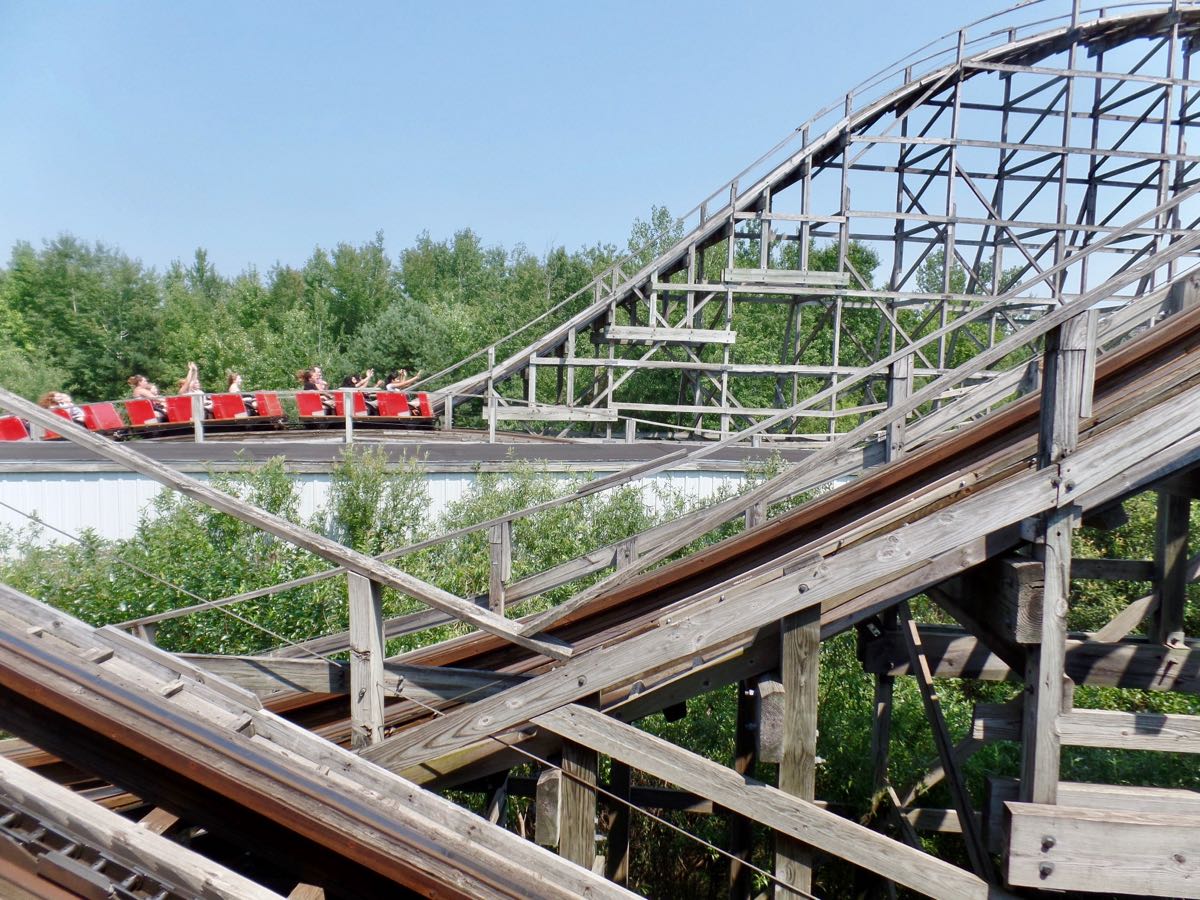 And now the train climbs the hill for its final return.

Trivia: The Command/Service Module did an 18.31-second burn, a small plane change maneuver while the Lunar Module spent its four days on the surface. Source: Apollo By The Numbers: A Statistical Reference, Richard W Orloff. NASA SP-4029.

Currently Reading: The Amazing Transformations of Jimmy Olsen, Editor Bob Joy (collection), Mort Boltinoff, Mort Weisinger, original comics. Of course the answer to Superman's title-page questions of ``Why is Jimmy stuffing that volcano crater with a battleship? What on Earth is his huge, twisted turtle-mind up to?'' are ``his transformation into a gigantic turtle-monster was arranged by a disgraced Atlantean criminal-scientist who wanted to create a giant monster he could mind-control as a way of obscuring the location of stolen pirate treasure'', because it would just be ridiculous if a giant deranged turtle-monster Jimmy Olsen were picking up battleships and stuffing them in volcano craters for no particular reason. ... Also, I know it's an artefact of picking a bunch of Wacky Transformation stories but Jimmy goes to the freak show to earn money while transformed into some nonsense so often you'd think at some point the people running the sideshow would just put him under contract. ``Yeah, yeah, we know, you can only work like four days, every two months, but for those four days you're going to be a Potato Genie from Neptune and that we can sell.'' Save him the bother of acting all ashamed every time this keeps happening.