Sunshine's chin has healed. We're worried now about something else and it looks serious.

When rabbits are hot they breathe faster, panting. They can't really sweat, so they have to cool off by spreading their ears and breathing more. So we didn't think anything particular when she was panting through the heat wave. But the heat wave ended and she was still breathing hard and fast. When we heard her wheezing, too, we got worried. She didn't have obvious other issues, like excessive snot in her nose, or crusty eyes, or a poor appetite. But she was breathing four or more times as fast as a rabbit should, at rest.

bunny_hugger took her to the vet's yesterday. (They still accept only one person per pet in at a time, so I stayed home.) They agreed something was wrong, and the X-ray indicates that her heart seems large. Possibly fluid, possibly ... who knows? There are various problems it could be, ranging from an infection that might also explain her sneezing, through to cardiac disorders. Possibly even cancer.

What we need to know for sure is an echocardiogram. The vet referred us to a clinic that ... does not do echocardiograms. Just abdominal ultrasounds. But that place referred us to the other animal-ultrasound clinic in the building which ... does not do rabbits. So I asked them if they know anyone who does do echocardiograms on rabbits and after a few hours they called back: they don't know. I also asked our vet for thoughts, telling them also that their referral doesn't do the heart exam they need.

Our only lead right now is the Michigan State University Small Animal clinic, but they're booked through to September and might only be able to see her as an emergency case. And that if arranged with our vet. It's worrying enough thinking our dear young Sunshine might be in such dread state. It's also baffling that we can't find anyone who can do this rabbit echocardiogram. We're in walking distance of one of the top veterinary schools in the country and our vet is someone people with ``exotic'' pets like rabbits drive hours to visit. How is this hard?

Meanwhile we have a new prescription for Sunshine, a one-milliliter, twice-a-day oral injection. She took it in good stride this morning, possibly because it hasn't occurred to her an oral injection could be anything but the cough syrup she loves. I felt like her breathing was less rapid today, although the one time we tested it was 40 breaths in a quarter-minute. Normal breathing should be 30 to 60 breaths a minute.

Well, let's have some simple silliness here with Michigan's Adventure and one roller coaster we did ride. 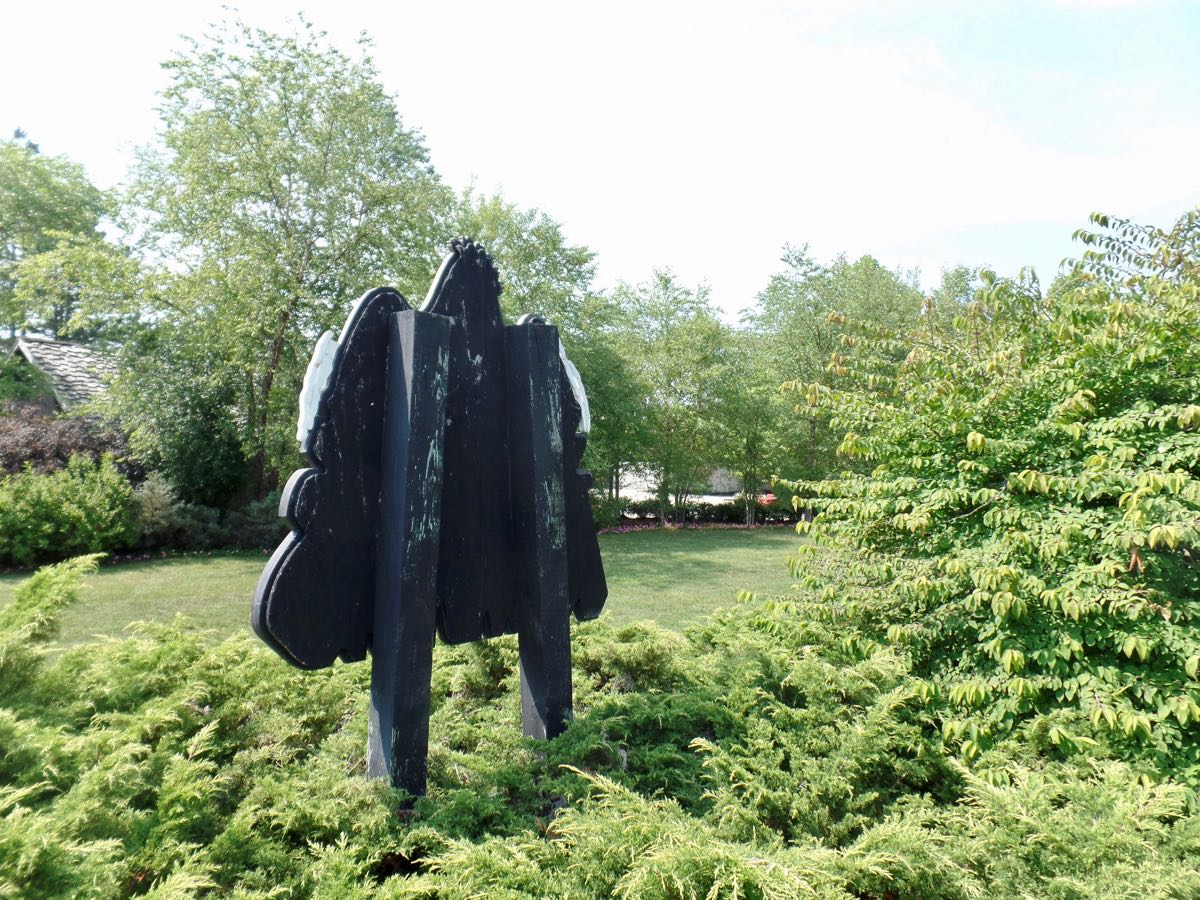 The back of Shivering Timbers's ride sign, which you can only see quite well from in front of the queue. There's quite a bit of empty lawn space in front of it, obscured by the landscaping around the Old Time Photos shop and some other items. It's a curious bit of concealed empty space. 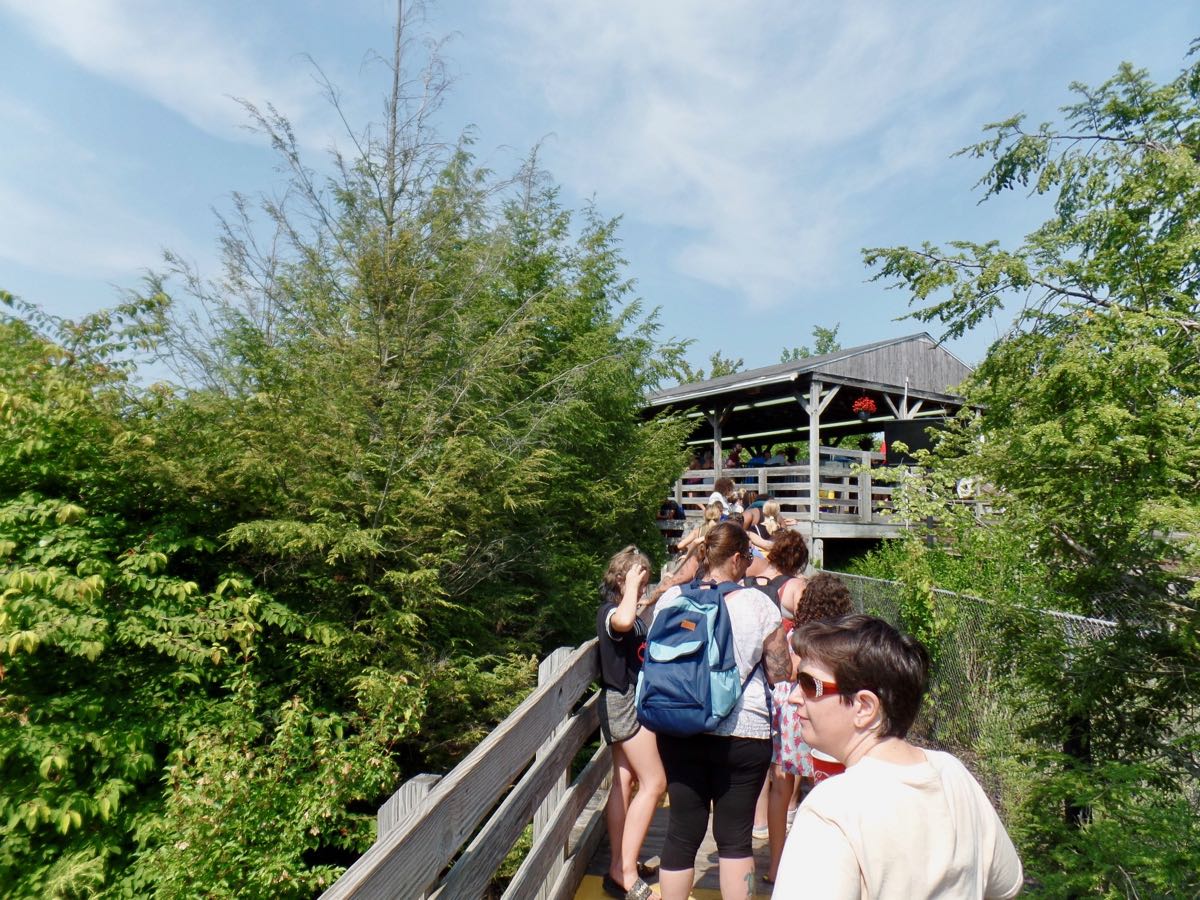 So does this look like a 15-minute queue to you? Well, it is when two trains are running; in our experience, it was about a half-hour to get to the station from here. 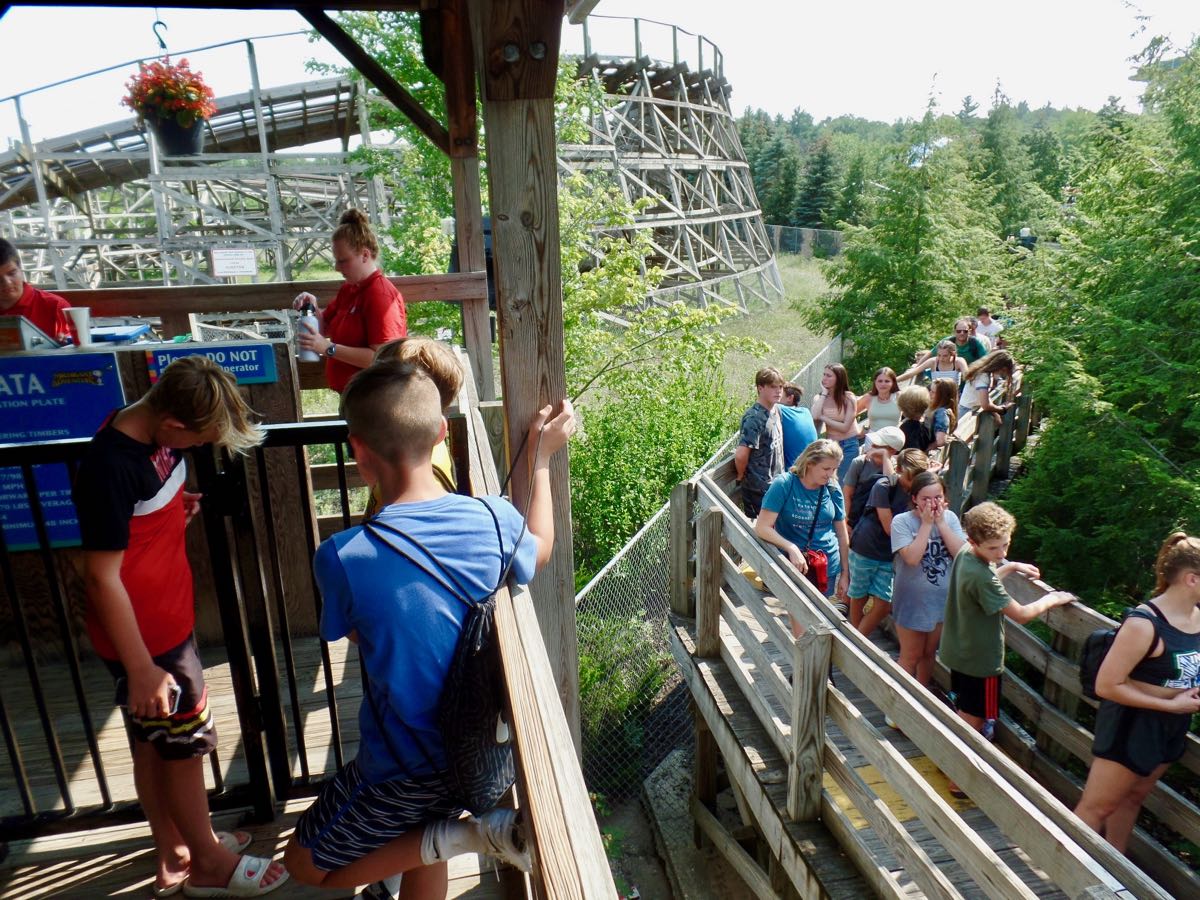 Looking back over the ``15-minute'' queue. Those kids on the left were confusing to us about whether they intended to all wait for the front seat row, or get into the first car (the front and second seat) and whether we could get the second row. In the end there were two sitting in the front row and one in the second row, and we contented ourselves to the front seat of the second car.

Currently Reading: Lost Popeye, Volume 8: Where There's A Will There's A Relative. Tom Sims, Bela Zaboly. Editor Stephanie Noell. You'd think by now Popeye would be used to going to a place, asking for a specific ranch or mansion or manor or something, and having all the locals panic and run away. It happens, like, all the time. He shouldn't find this surprising anymore. (There's a cute understated joke where in the first panel of one strip the guy who ran off last panel of the previous says, OK, you made me show you where the ranch was but this is as close as I'll get, and he's got a black eye and is missing a tooth.)