Ah, changes are taking the pace I'm going through

It only seems like my humor blog is all Popeye cartoons. Here's what it really was this past week:

Now let's enjoy the scenes at Michigan's Adventure, a week ago Monday: 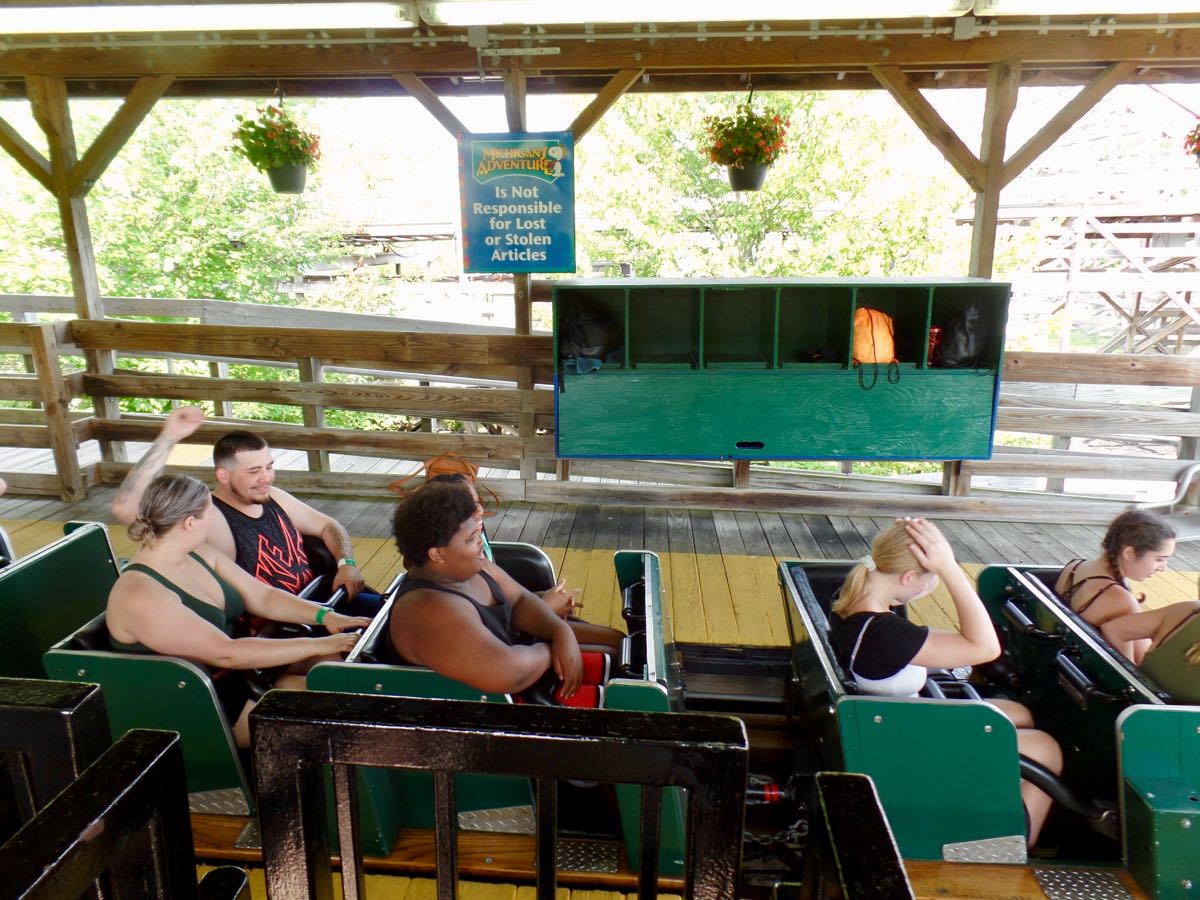 Ready to ride Shivering Timbers! Which, for all we feared would be rough, was a pretty smooth and solid ride. Possibly the crowdedness helped matters since the train would be near full. Extra weight might have meant it lost less momentum and so went better over the track. No way to be sure; we'll just have to ride more. 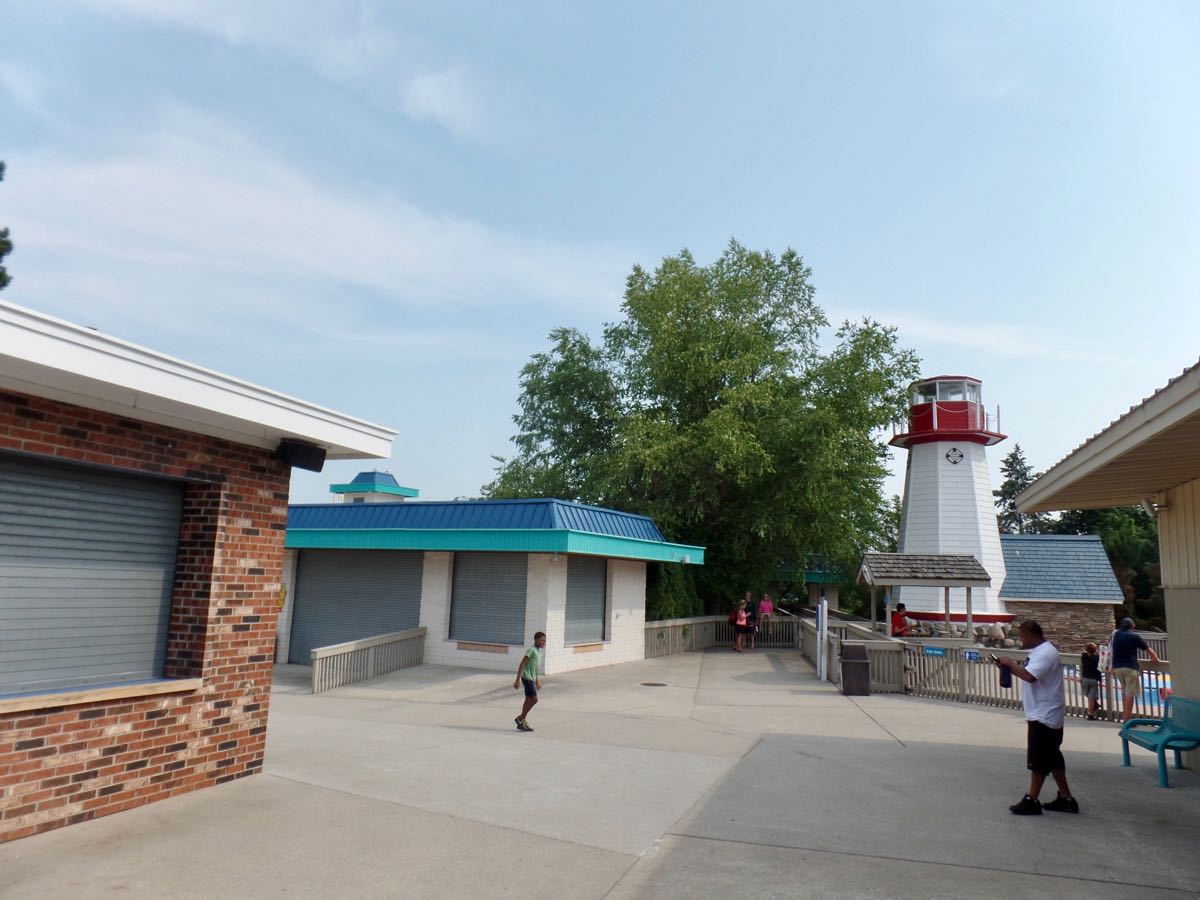 The lighthouse and kiddie boat ride, and in the distance, where the Big Dipper roller coaster had been. The station was there still, to mild surprise, although it's hard to think what could usefully be put there. Part of the trouble with Big Dipper is you could only see it from this one spot in the park so who even knew it was there? 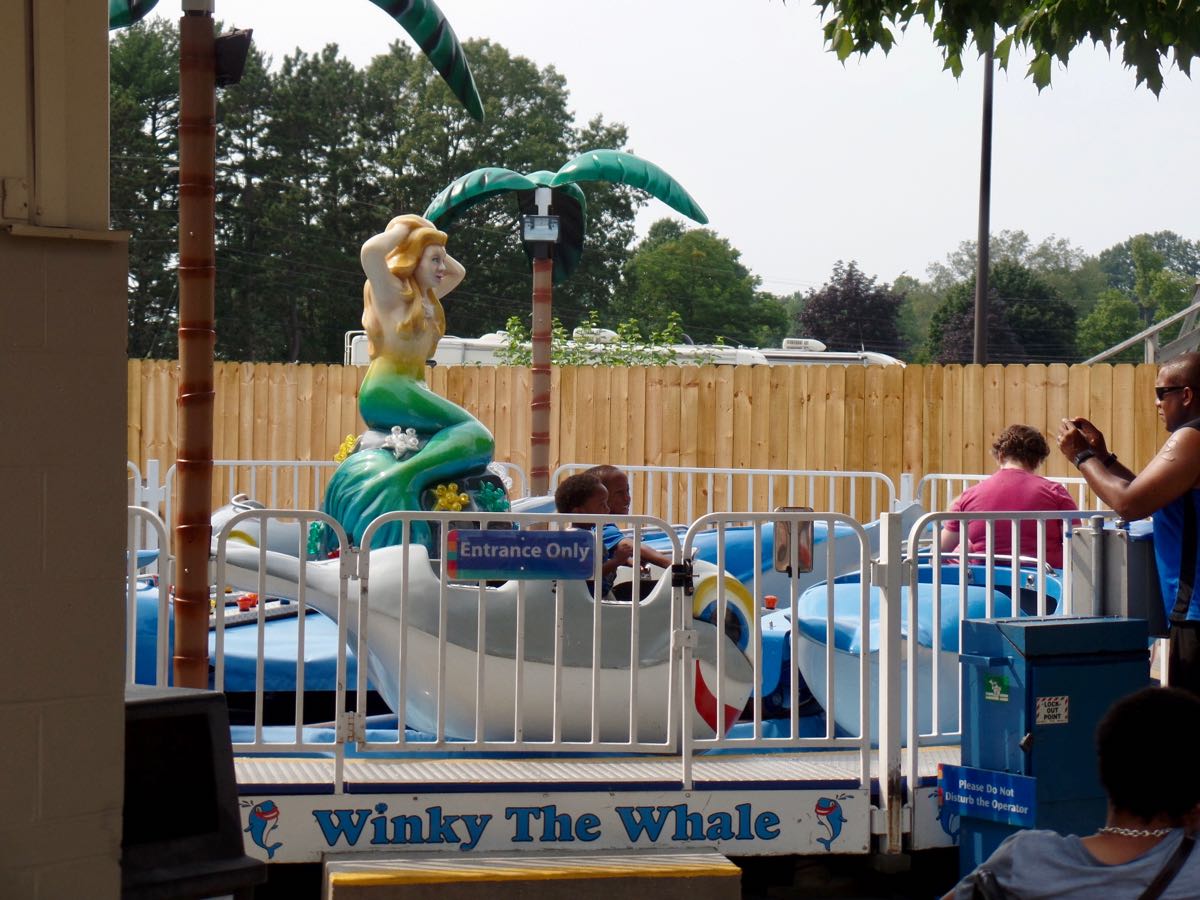 Winky the Whale, a ride whose style made us think it might date back to the earliest days of the park. Nah; turns out it's from the mid-90s. It used to be near the carousel but was displaced for the Camp Snoopy construction. 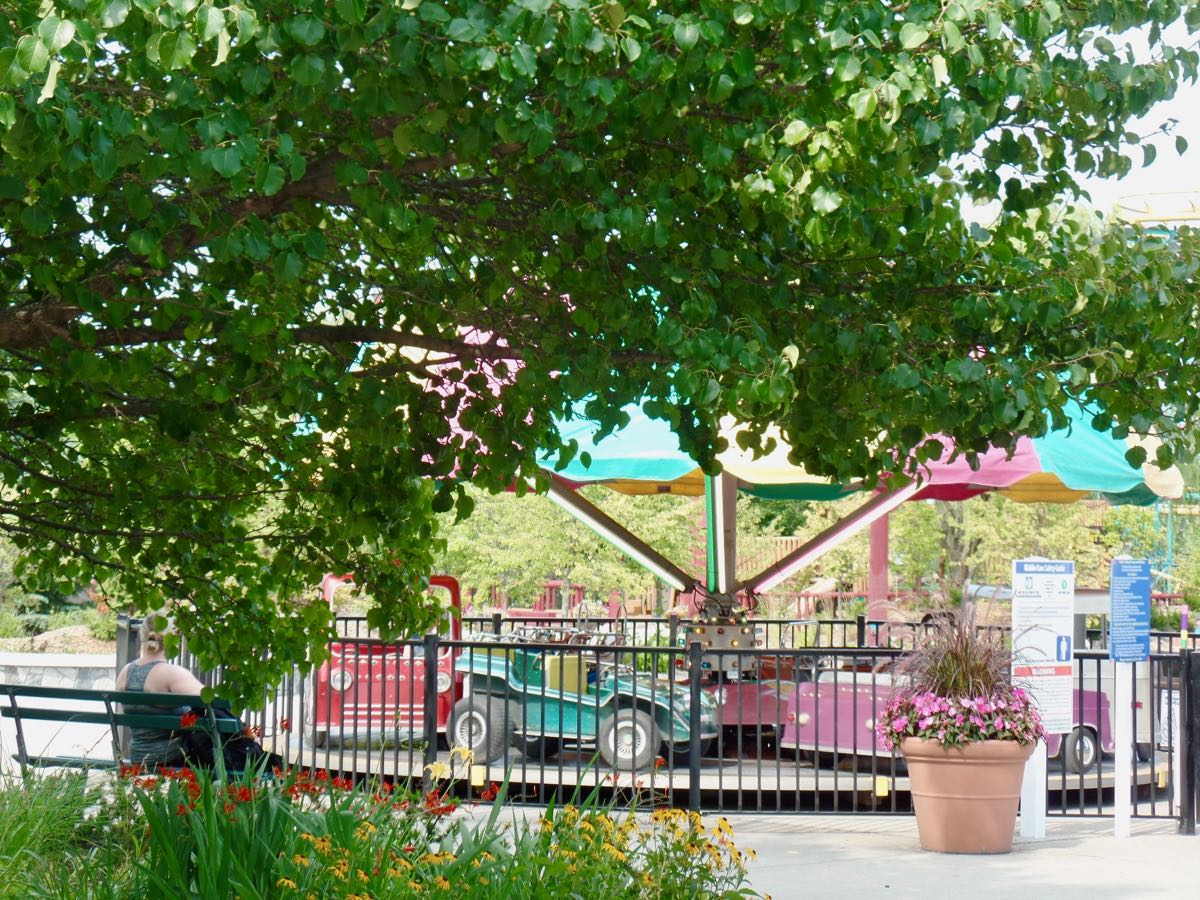 Another of the kiddie car rides that's not part of Camp Snoopy. Michigan's Adventure wears its family-park nature on its sleeve with things like how there's basically always a ride for kids next to wherever you are. 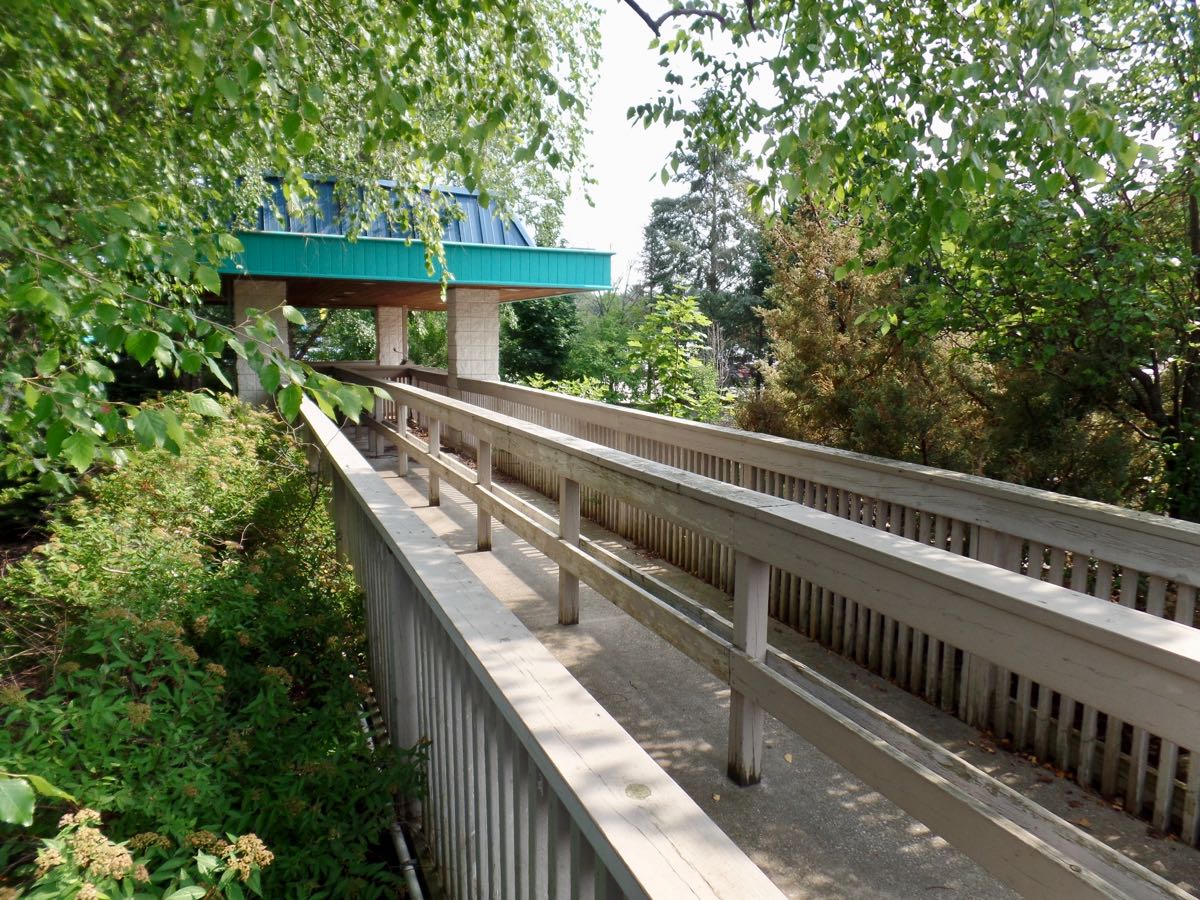 The former queue for Big Dipper. We went down far enough to confirm there wasn't anything there and wasn't anything being done with the space we could tell. Also thought, you know, before those trees on the left grew so large you could see this from the entrance and the gift shop. 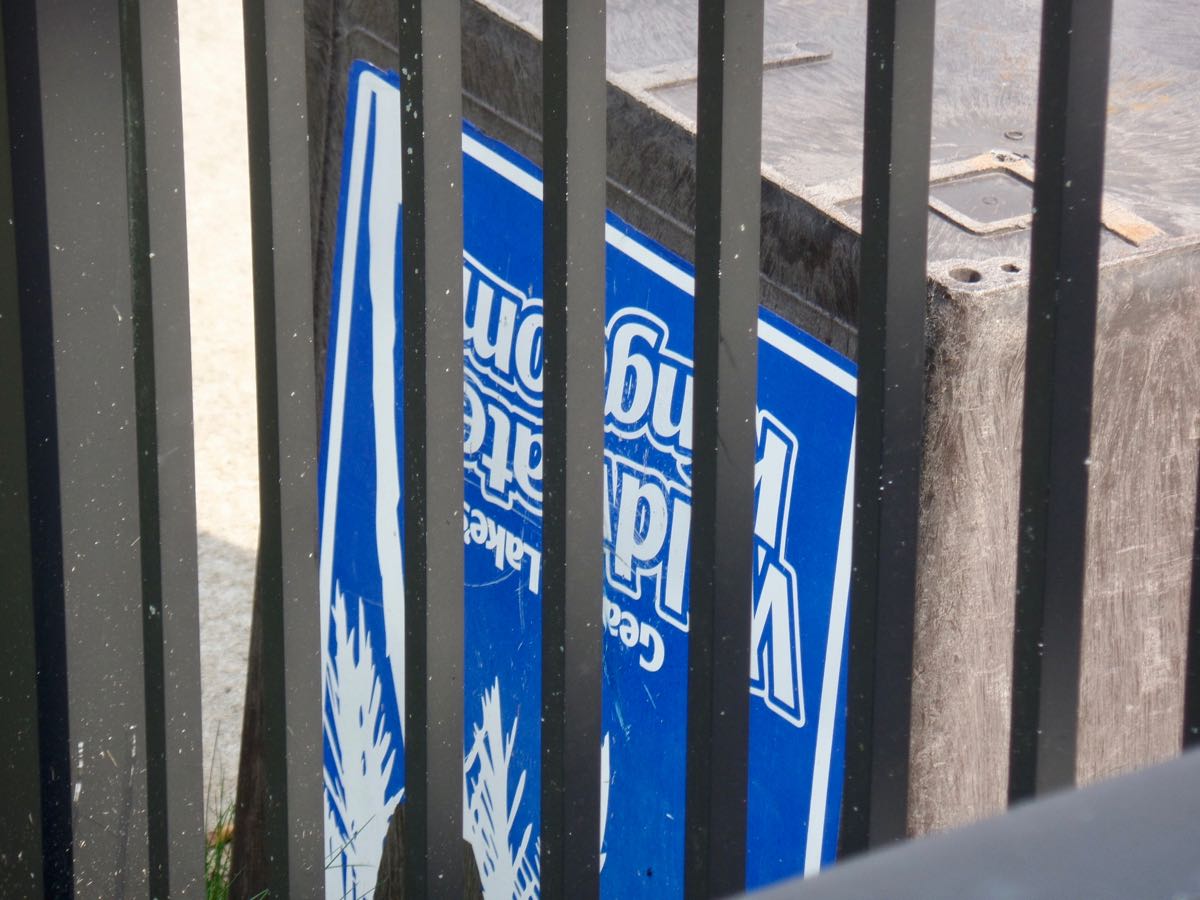 Surprise scenery noticed while on the queue for Corkscrew: a trash bin! For Geauga Lake's Wildwater Kingdom; look at the smaller line of text. Geauga Lake was a sister park under the Cedar Fair chain, from 2004 to 2007, although the water park remained open as ``Geauga Lake's Wildwater Kingdom'' from 2008 to 2011. So anyway this implies the rubbish bin was there, in northeastern Ohio, for three years and has been kicking around the Cedar Fair empire for nine years since then. 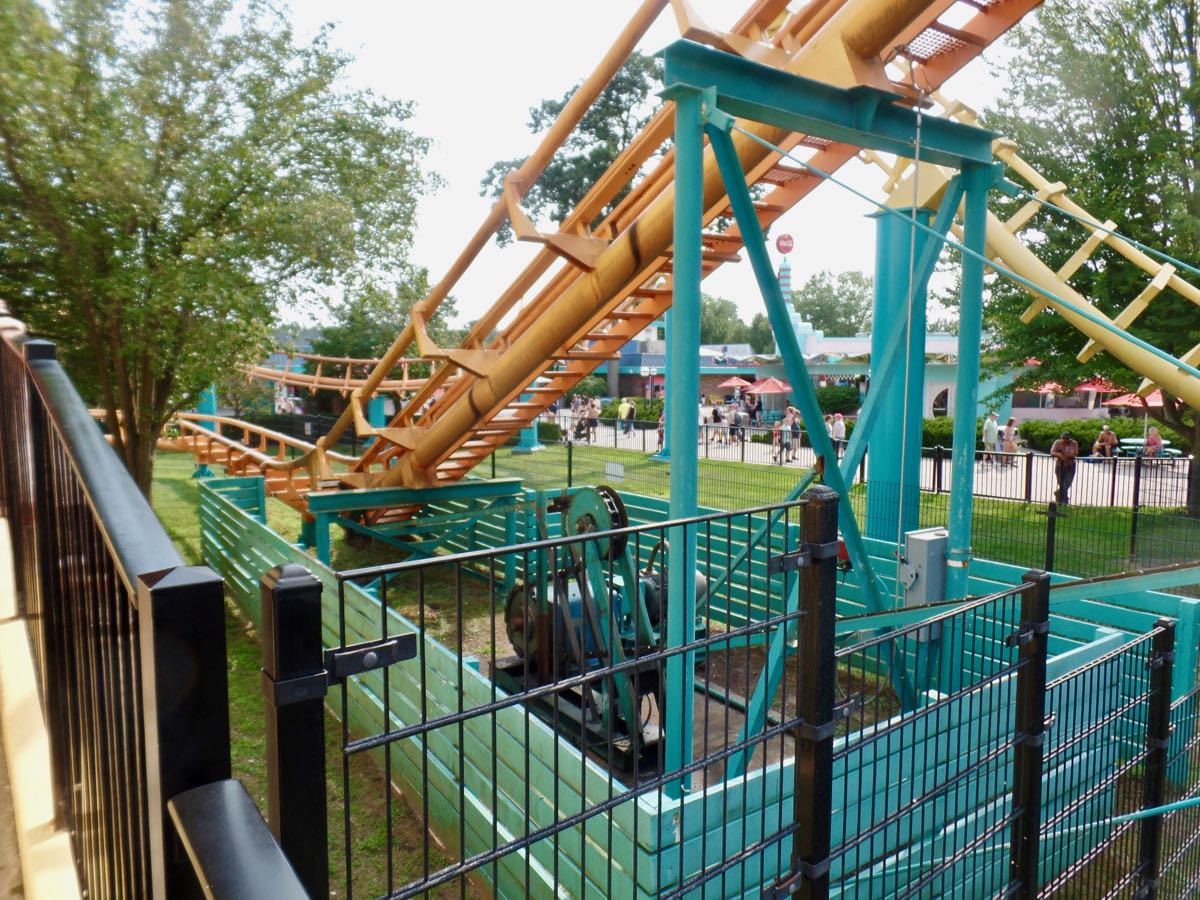 Corkscrew's lift hill, and the mechanism which drives it. There's just the one wheel with teeth driving, the one at the bottom; the other wheels are just there to change the chain's direction. 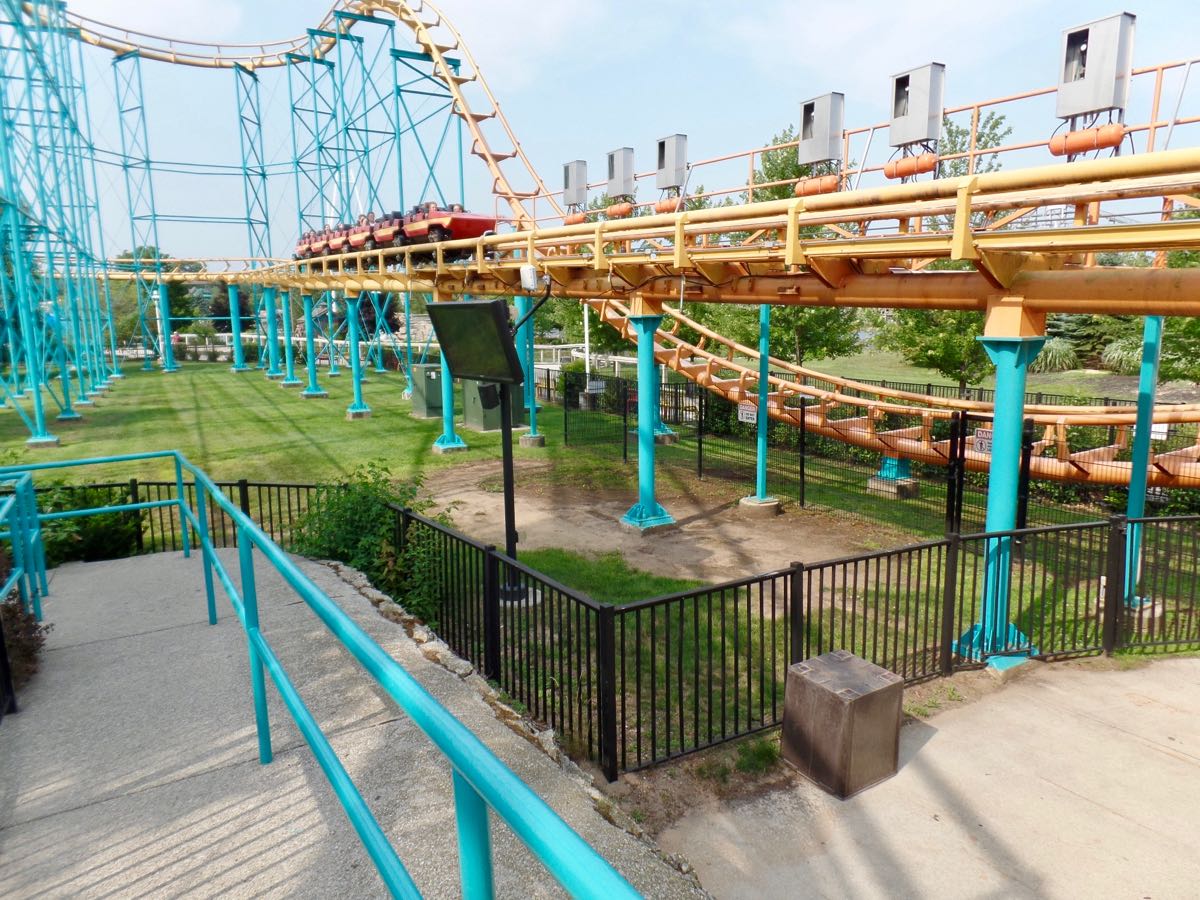 Corkscrew's big drop, and the train returning to the station. We've seen rabbits in the grassy infield here before, but not this trip. 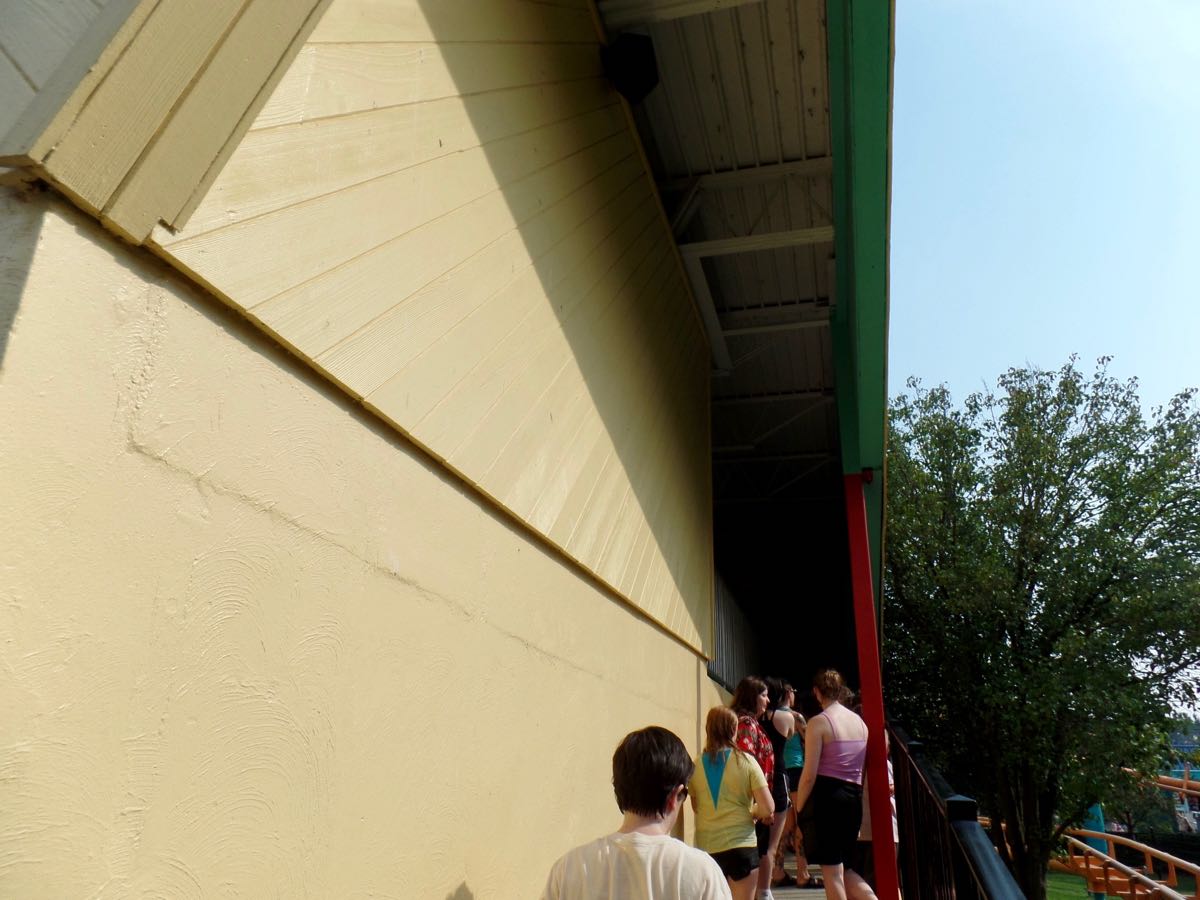 Corkscrew's queue, which is mostly just the ramp leading up to the ride. The park wasn't designed to have really long waits for things. The slanted parts here are wood slats painted yellow so you can't really tell them from the concrete base,

Trivia: During his 39 minute, 7 second deep-space spacewalk Apollo 15 Command Module pilot Al Worden made three excursions into the scientific instrument module bay of the Service Module. During the first two he retrieved film cassettes. In the third he observed and reported the general condition of the equipment, particularly the mapping camera. Source: Apollo By The Numbers: A Statistical Reference, Richard W Orloff. NASA SP-4029.

Currently Reading: Lost Popeye, Volume 8: Where There's A Will There's A Relative. Tom Sims, Bela Zaboly. Editor Stephanie Noell. Yes, I'm reading slowly. Really feels like they forgot where the story was going too, though it's fun seeing Popeye try to teach Olive Oyl how to ride a horse.