With the rabbit situation at least stable, let's get back to journalling my life. Which had stuff happen this past week, besides the ambiguous and vague promises at work.

bunny_hugger's father wanted to go to a car museum that turns out to be near his house. We agreed to drive him there, even though it doesn't seem too hard to get there himself. He said they had 600 cars, but it would only need three hours to see, making me ask: they expect us to look at 200 cars an hour? Turns out they ``only'' have about 400 cars but still, even allowing a quarter of them to be off display at any moment that's still a lot of car-looking-at. It doesn't matter. With the rise of Covid-19, and the Governor's reluctance to offend Republicans by taking an anti-plague stance, he didn't want to see antique cars that much.

Instead we went over to their house just to spend the day. Just for the usual sorts of things we do when there aren't any particular plans. Hanging out. Eating way too much.

bunny_hugger's father suggesting we could just happen to watch the DVD he wants to see. In this case we certainly did, as it's a short film that her brother scored. It's quite short, maybe six minutes, with just two characters. One is a guy railing against them, one is his partner who looks like she has been through this before and doesn't know if she can again. It's meant to be ambiguous about whether this is all in his head. But the ambiguity is undercut in part by its length; there isn't the time to make compelling cases both for ``he's right'' and ``he's crazy''. And, related, the fact the film exists (short as it is) is a thumb on the scale of ``he must be right or why would he be interesting enough to film?''

bunny_hugger fixed their printer problem, I took a short walk around town. Partly to investigate strange sounds coming from the park, which proved to be a Sunday free concert, the way the town holds in summers. I didn't see a sign saying who was playing, but they were doing Prince's ``Purple Rain'' when I walked past. Also while I was out her father took the chance to ask

bunny_hugger whether I ever was getting that raise at work, his typical trick for ``just talking about'' something he wasn't supposed to ask about.

In the evening we returned to Mice and Mystics, trying to complete the escort-an-egg chapter that promised to be so difficult and that lost my mouse Filch his good bow. We had gotten halfway through it last month. This month? We made it through the first room all right. In the final room, we got instantly killed, in part because of an unlucky shuffle of the initiative cards. The bad guys got a free round to gang up on and destroy the egg we were protecting before we could even move. We restarted that room, since it was an instant loss, and this time got to actually protect the egg. We had to clear bad guys (roaches, in the game) both on the ground and in a tree branch, and needed some fussing around to figure out how to work the part of the game on the tree branch. It came down really to one final roll, that would either drop the egg back in the nest, or cause a surge of new bad guys who'd be extremely hard for us to beat ... but,

bunny_hugger's mother made a perfect roll, dropping the egg safely and giving us the win. We've that much closer to finishing the campaign. My mouse still might never get his good bow back.

We came home with bunches of fresh-picked yard vegetables for Sunshine, which she'll absolutely inhale. 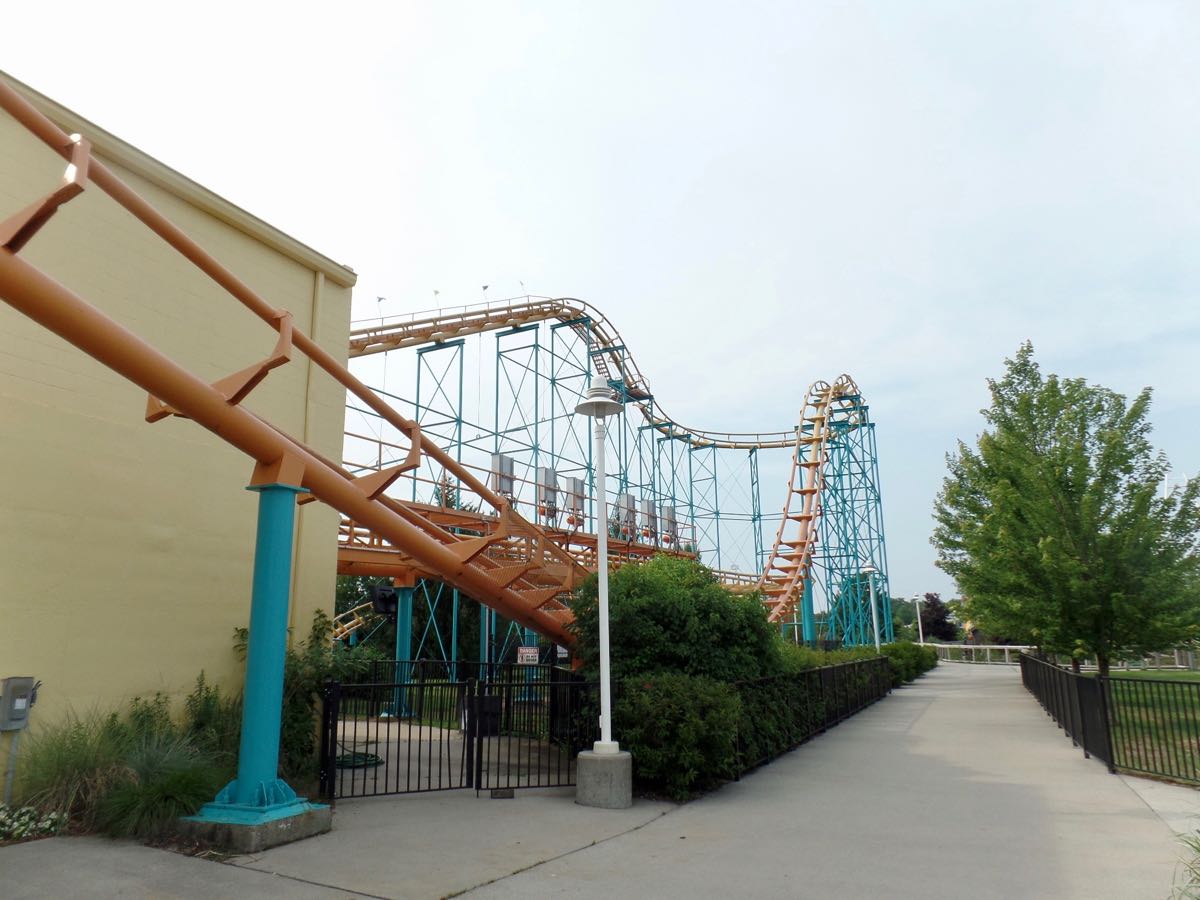 Corkscrew, showing the lift hill and the main drop and not anything of its corkscrews. ... Well, those are on the other side, near the entrance. 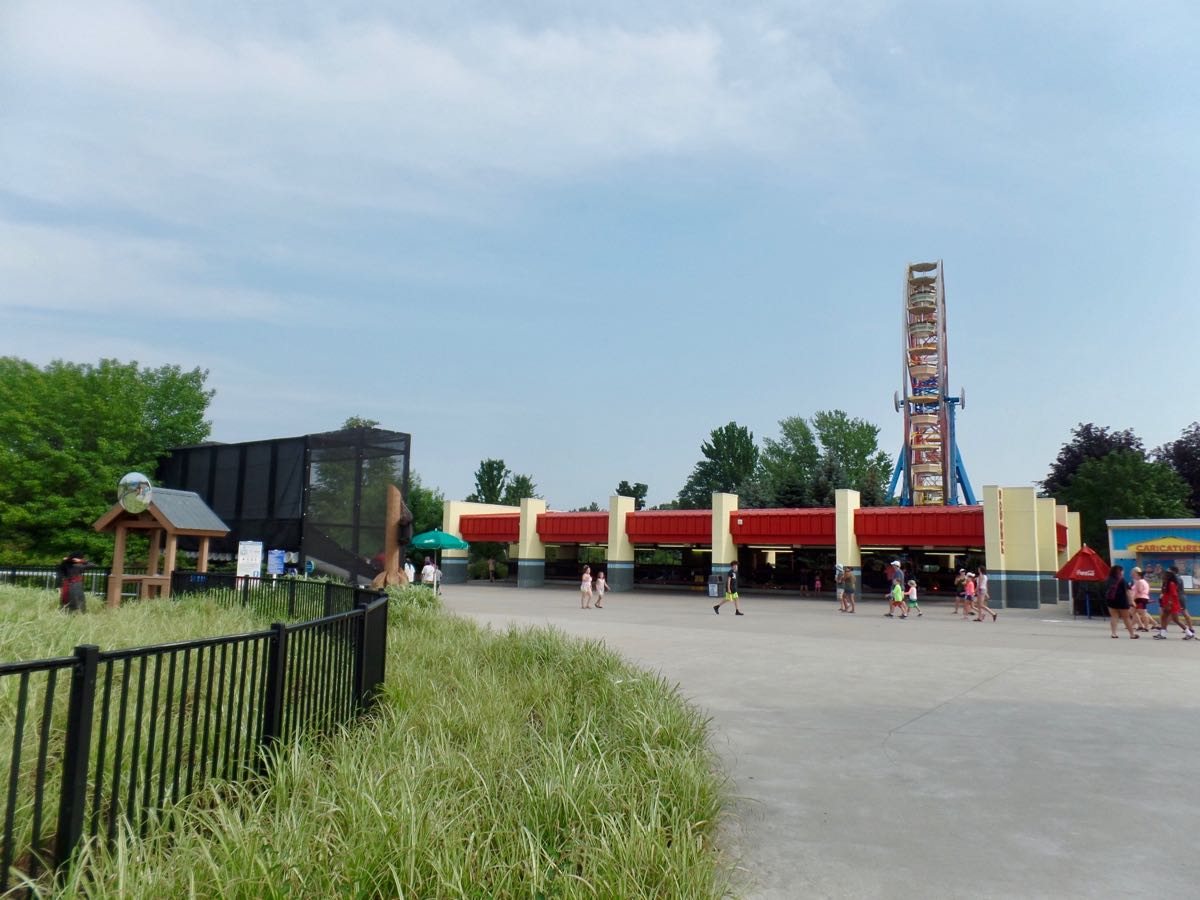 From beside the Lakeside Gliders here's a look over to Dodgem and the Ferris Wheel, seen almost side-on, which makes for a neat angle. 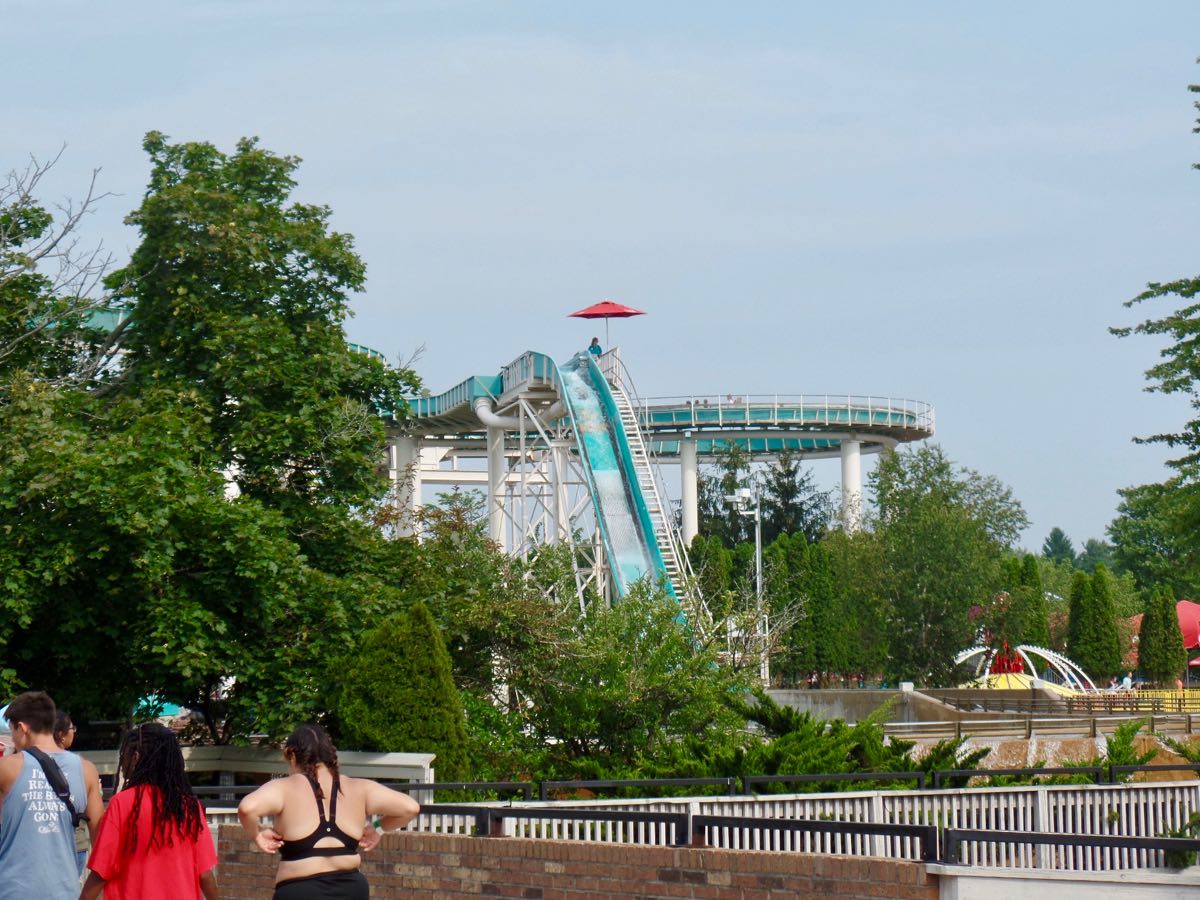 Trivia: Theagenes of Thasos is recorded as having won his first Olympic triumph, in boxing, in the games of 480 BCE. He then turned to the pankration, winning in 176 BCE. Over his career he would win some 1,300 victories, nine of them in the Nemean games, 10 at Isthmia, and several more at Delphi; all but one were in the pankration or boxing events. Source: Encyclopedia of the Modern Olympic Movement, Editors John E Findling, Kimberly D Pelle.

Currently Reading: Miscellaneous comic books. Have not had time to start anything heavier.