Pinball At The Zoo is off for the year. It was supposed to be Labor Day weekend. They're hoping to have it in its traditional time, April, next year. I'm not surprised given how much work has gone in to bringing the pandemic back. Honestly part of me feels relieved. I was thinking of the Kalamazoo Expo Center space, and how crowded it is, and thinking out whether I felt comfortable in it in current conditions and I guess so.

But I was also thinking of the real emotional heart of it --- the afterparty at MJS's pole barn --- and how hot and crowded and stuffy that would be and, gads, I don't know if I could take that even if I knew everybody there was vaccinated. And, sad to say, pinball attracts a lot of ``older White guys with lots of disposable income who think they're smarter than people who don't own pinball machines'' so it's overloaded with right-wing jerks.

The next big event on our plans for cancellation is Motor City Fur[ry] Con, set for Colombo Day Weekend. I haven't heard of a mask-or-vaccination requirement for it. And I don't know whether I hope they're able to carry on or whether I hope they cancel. I want to stop having to make decisions about this stuff.

Some more time with Camp Snoopy at Michigan's Adventure here. 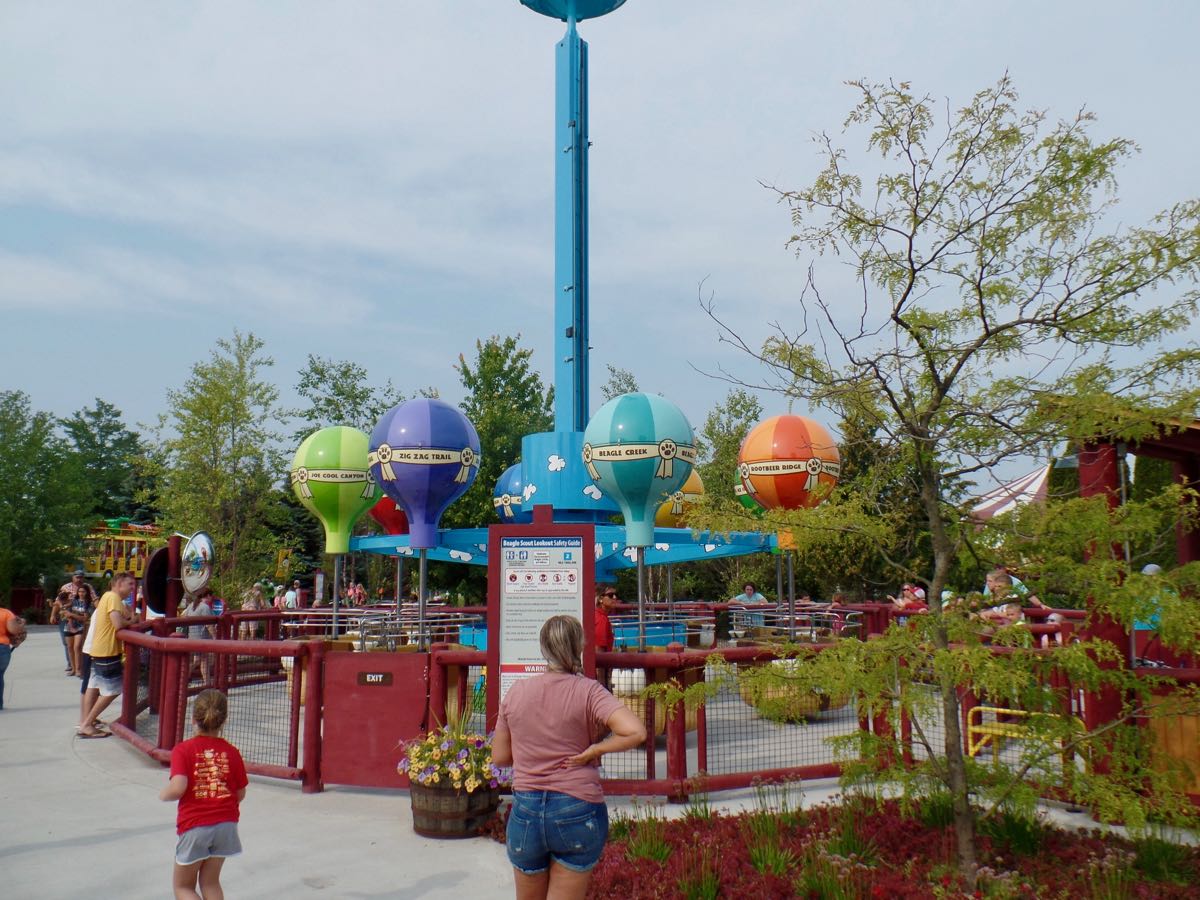 The Beagle Scout Lookout, a captive-balloon ride and one of the tallest rides at the park. I'd been admiring it from the Wolverine Wildcat queue. Each of the balloons has a name to it, like, 'Beagle Creek', 'Zig Zag Trail', 'Joe Cool Canyon', or 'Rootbeer Ridge'. 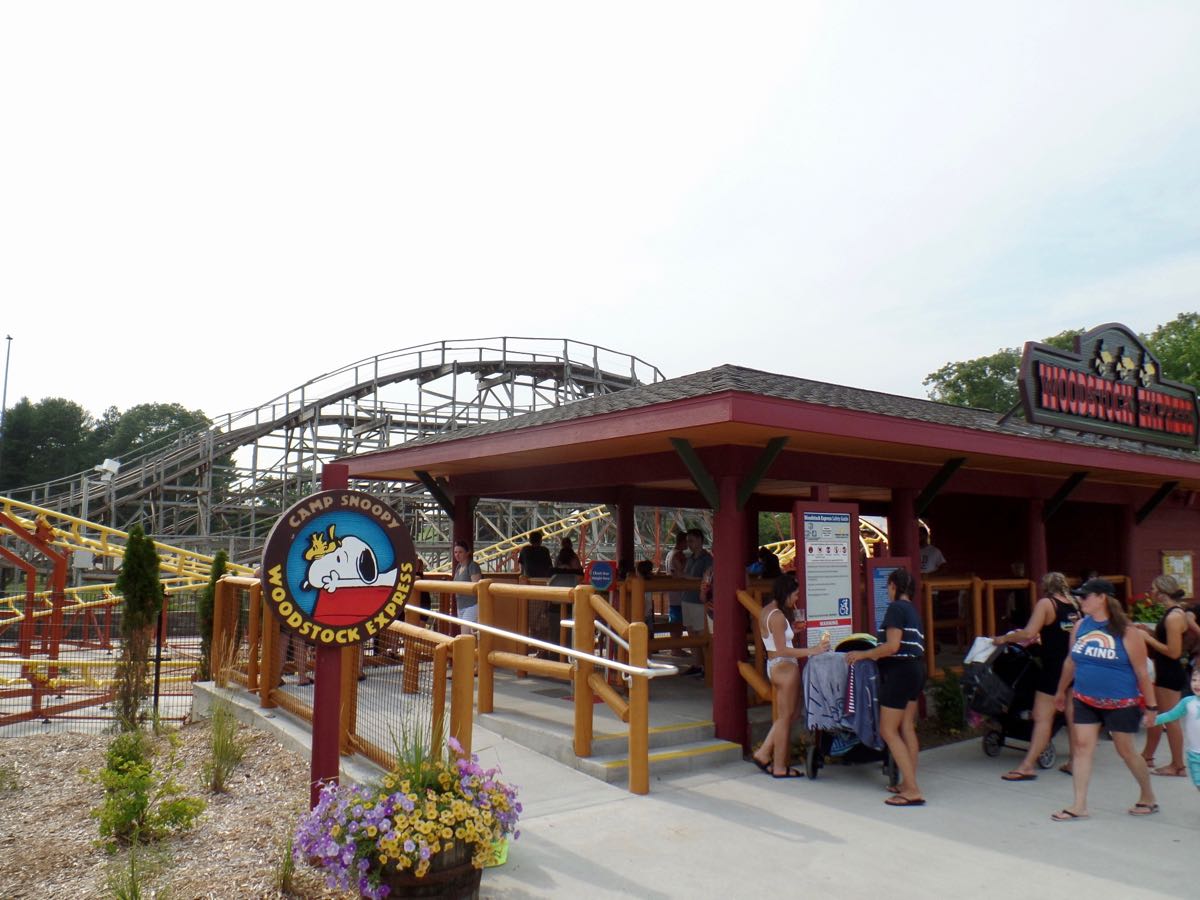 Here's the station for Woodstock Express, the former Big Dipper. It looks great and also looks like Snoopy and Woodstock fear the concept of a roller coaster. 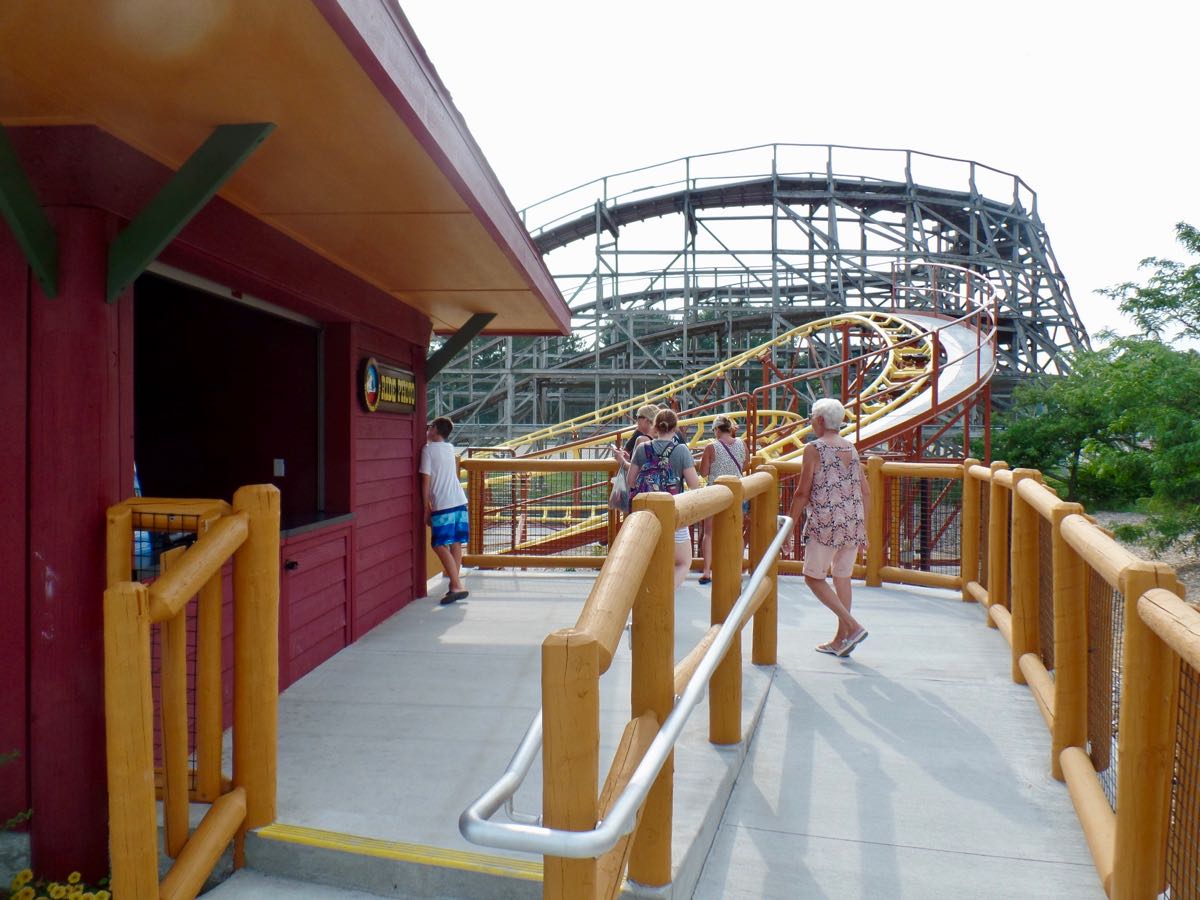 The ride photo area for Woodstock Express (Big Dipper used to have ride photos too) and how it lines up with the turnaround of Zach's Zoomer. I like having the kiddie coaster nestled this close to the junior wooden coaster. That seems like it should encourage kids who feel safe with Woodstock Express to think that Zach's Zoomer isn't that big and scary after all, and help them get ready to ride a quite nice ride.

Trivia: United States Army needs for potatoes in spring of 1943 caused them to disappear from the city consumer market for several weeks. After this, there was a glut of potatoes on shelves. A similar disappearance of eggs in fall 1943 preceded a glut in spring 1944. Source: The Taste Of War: World War II and the Battle For Food, Lizzie Collingham.