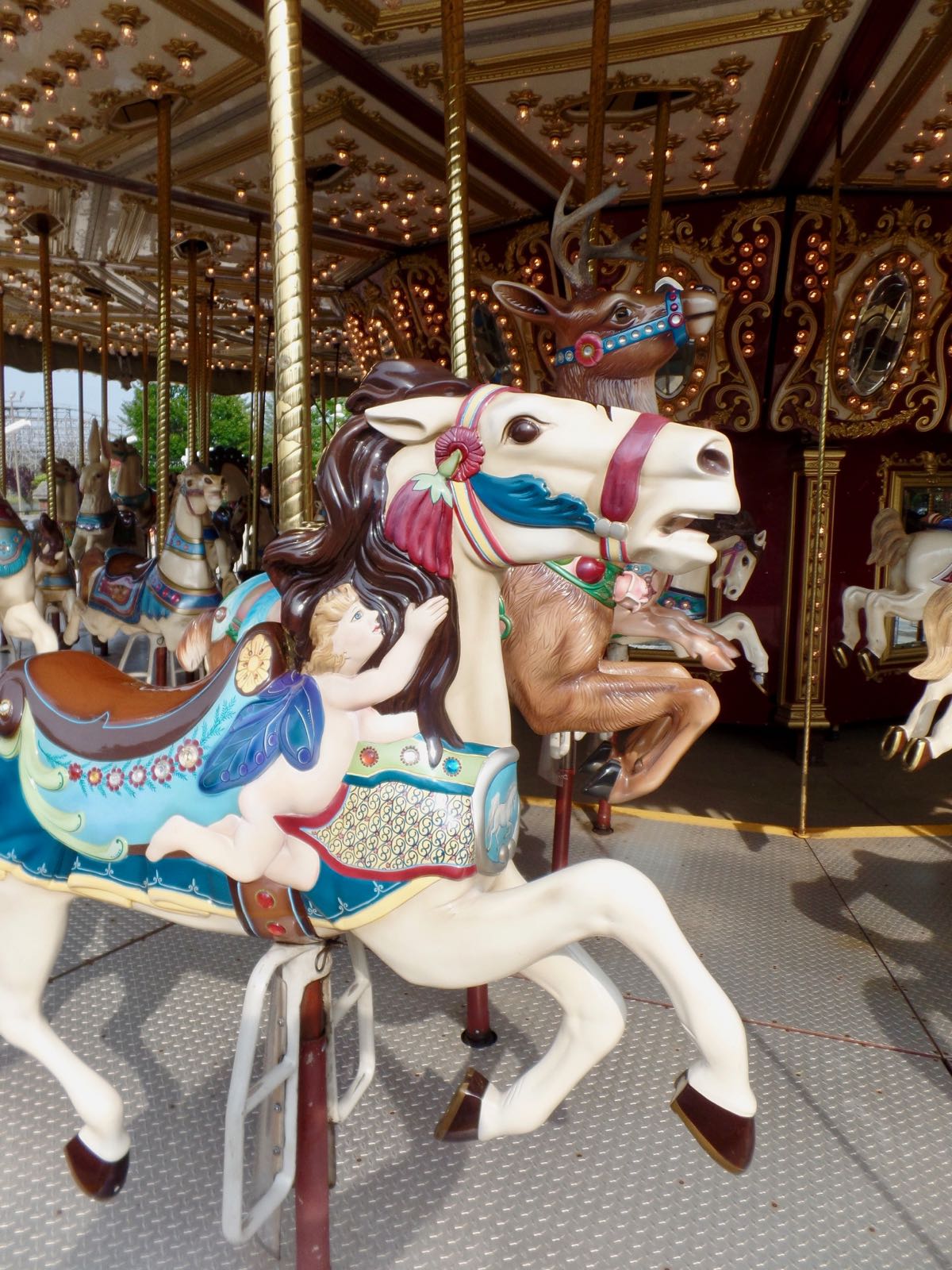 Horses on the carousel. This might be the row we actually rode. 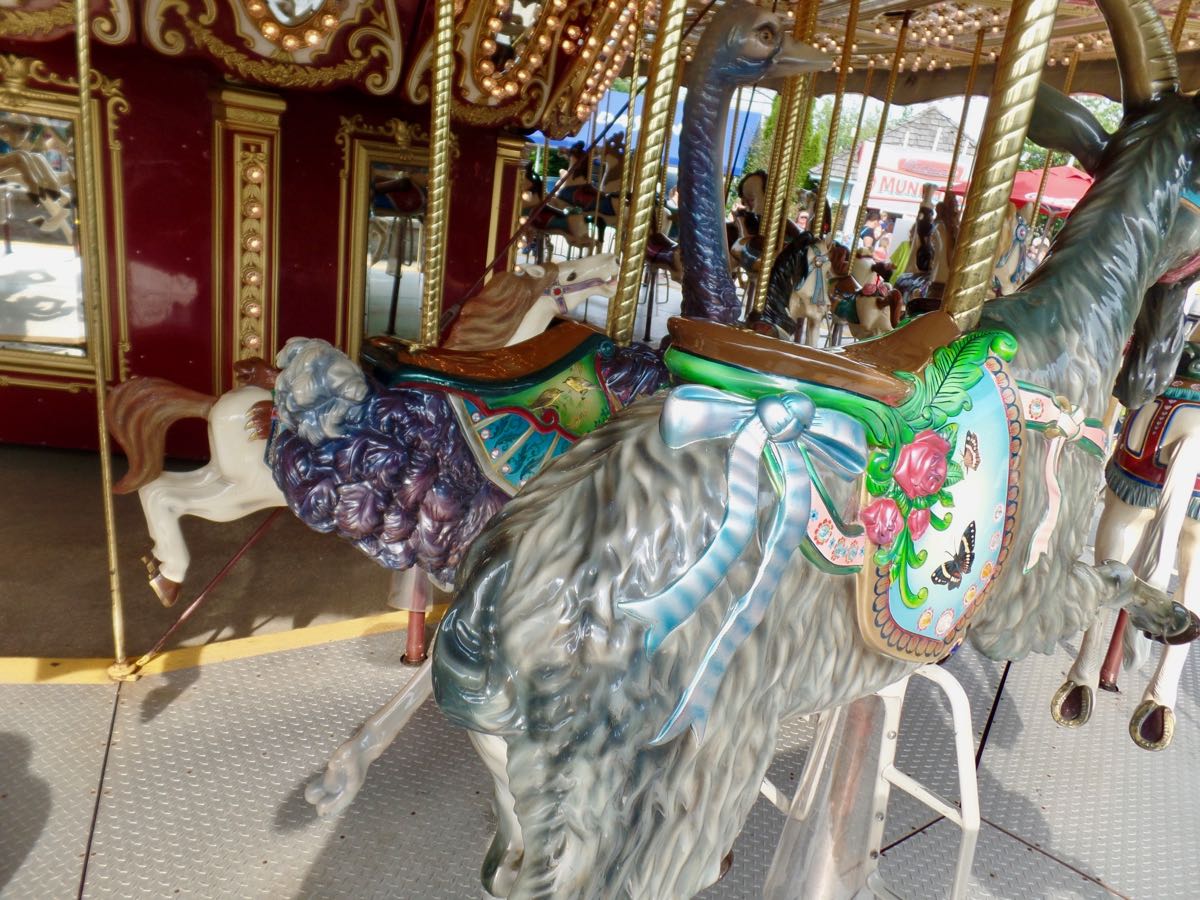 Noticed and liked the paint on the ostrich and goat here, but what really caught my eye was ... 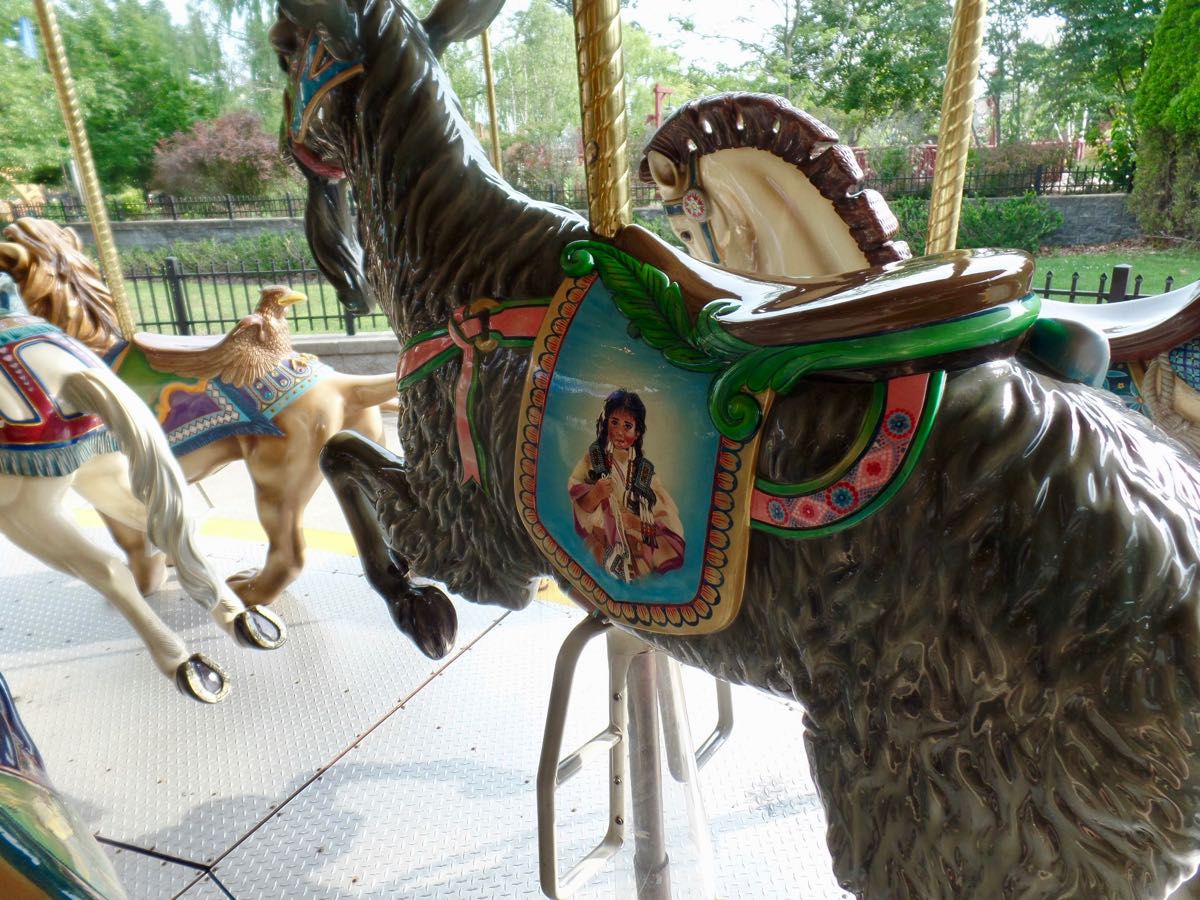 The elaborate painting on the inside saddle of the goat. Usually the inside would be less elaborately decorated since you only see it after you've paid for your ride anyway. Suppose that in making the replicas Chance figured they were selling to people who wouldn't appreciate that logic. 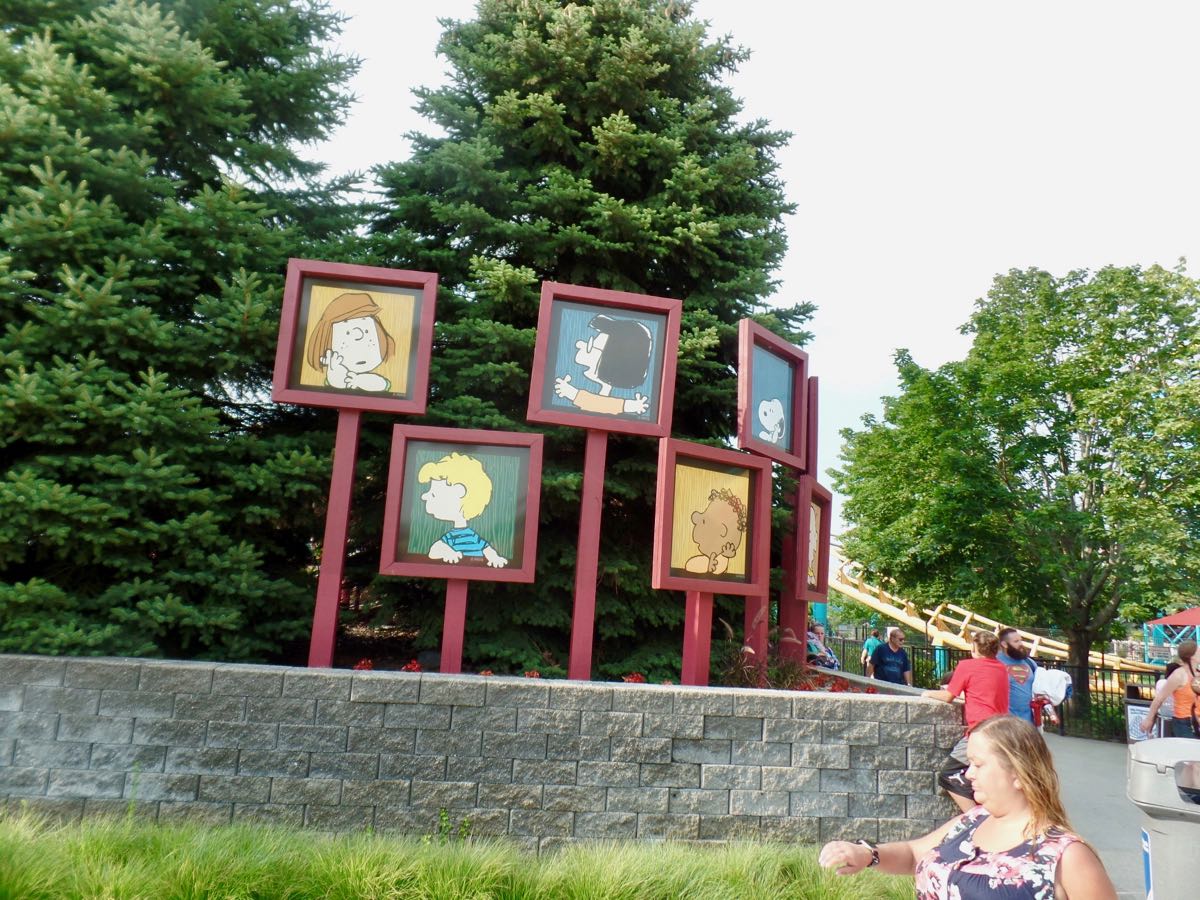 An array of Peanuts characters set up at the limits of Camp Snoopy. 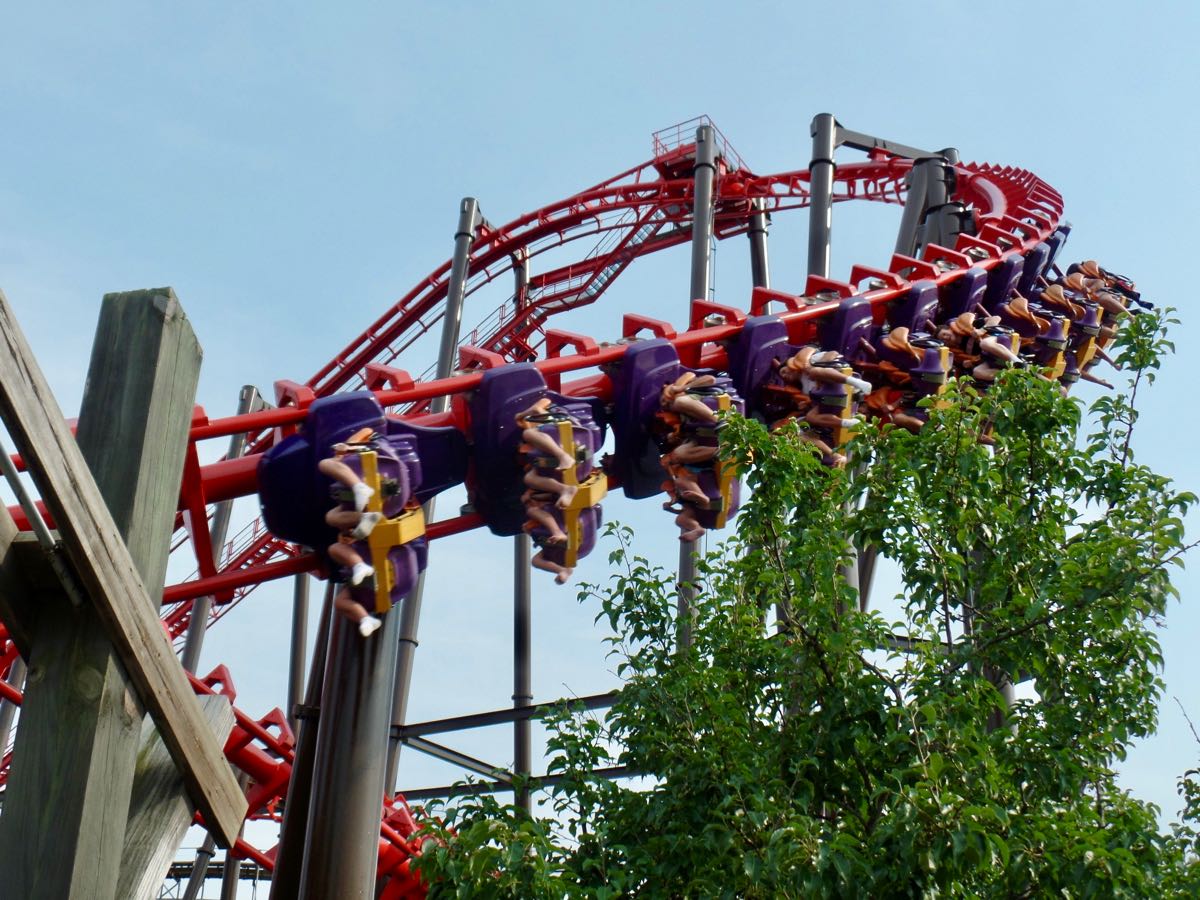 Thunderhawk at its first dive. I don't think the trains are repainted by the track and supports certainly are. 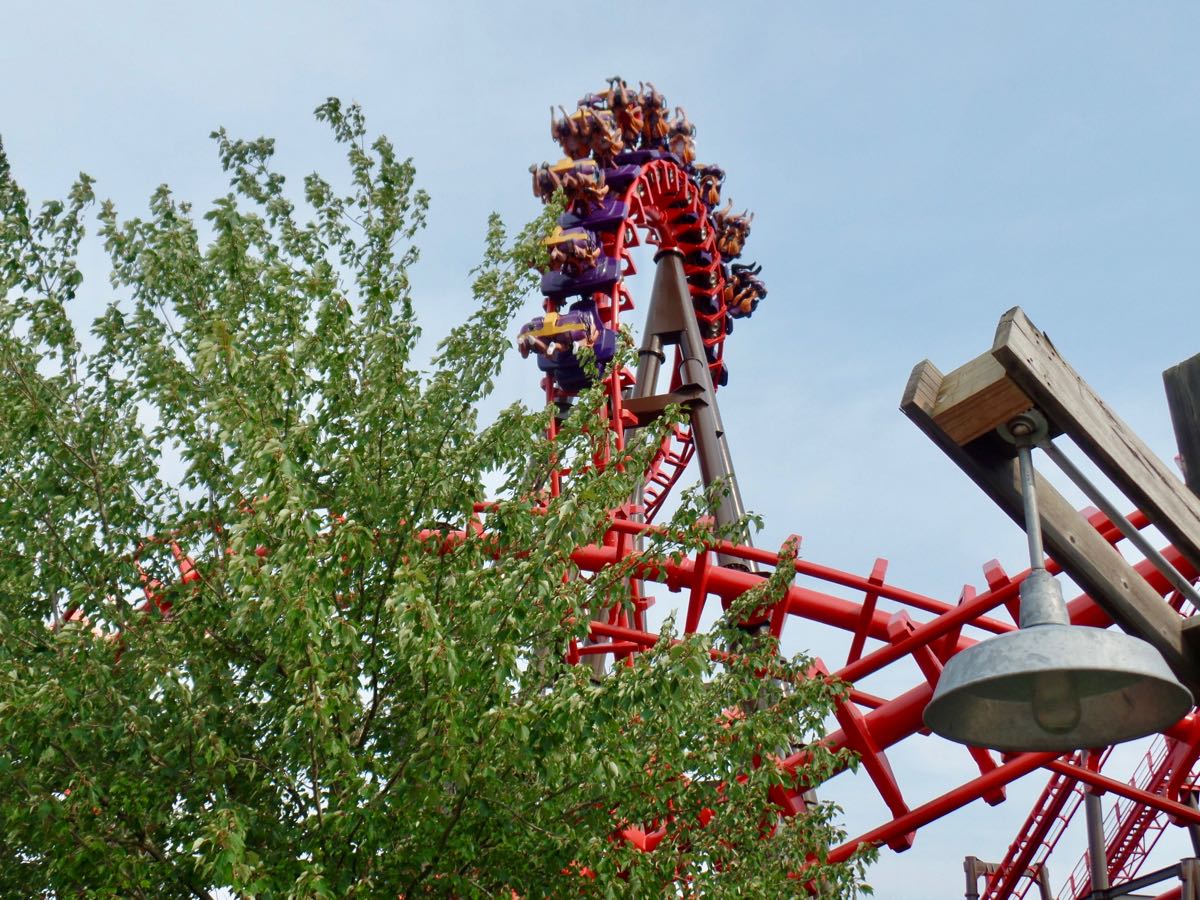 Trivia: The prototype Texas Instruments calculator from 1967 used a thermal printer, rather than LED window, to show results. Source: Small Things Considered: Why There Is No Perfect Design, Henry Petroski.