I don't think that I have the disease. I think it's more likely that I crashed hard after everything I went through and need time doing nothing to recover. But I couldn't be sure and yesterday I agreed that I would get the test done as soon as I had the energy to deal with it. Today I ... had enough energy to get downstairs and then not really enough energy to feel like anything else was a good idea. But

bunny_hugger owned up to her parents about how bad I was doing, and they got concerned that I might have Covid-19, and that they might have gotten it from

bunny_hugger visiting them on Saturday, so they scheduled tests.

I used the county's guide to finding Covid-19 test sites near me and got the page of information for the drive-through testing center in what used to be the Sears Auto Center and did not understand how to get an appointment. So I called, which was annoying as the site hid the actual numbers behind Javascript buttons to launch the telephone app on my phone, which in this case was my computer. They asked if I had account with their local hospital complex chain and I did. I made one back in March, when I thought that was the quickest way to get my vaccination, because not being a sociopath I wanted a vaccination as soon as I could. I'd cancelled it when I got an appointment two days sooner through Meijer's. But my account was still there, and I followed the directions to start the 'self-triage'. This amounts to listing my symptoms and whether there's enough of them to be worth screening me. They judged there were. And then ... uh ... I had 72 hours to get my sample taken before I'd have to fill out the self-ordering report again.

But was my report in? I couldn't believe that I could just go over there right this minute. I mean, I should have been able to, because this sort of database work should be (on human-moving-around timescales) instantaneous, but I expect some delay period. So I called the line again to ask if I could just go there right now. And the guy on the line said he'd look up and see whether the request was in, and ... it wasn't.

But what he did find is there were two records with nearly my identical name. One of them had my last name just a bit wrong, replacing the last letter with one adjacent to it on the keyboard. And the guy was just incredibly apologetic about it, talking me through how he was trying to fix this, and warning me that they might try to merge the two records of the same me into one and if there were a problem at the Sears to explain they should look at the other person with my name starting as it does and with the same birthdate. It was the antipode of last Thursday's conversation with that woman at Emergency Veterinary Hospital.

So I drove out, in

bunny_hugger's car, pausing just to mail my complaint to the Emergency Veterinary Hospital. The line was only about eight cars long when I got in, and I saw they took two cars in at a time. This is a concession to the Auto Care-center layout they're working from; two cars fit in at once. A woman came out as I joined the line, to confirm I was in the line for a test rather than a vaccination, and also to compliment my space shuttle mission-patches mask. She said she'd made one for her husband using the same fabric.

Inside the auto bay a woman came up and asked what I was there for, and I couldn't think what words I was looking for. She said ``testing, then'' and I nodded. She also asked if my car was on and it was and she said to turn it off. I could do without the air conditioning in the shade of the building anyway. Another woman came around and I offered the printout of my lab self-request; she didn't need it, just my driver's license and insurance card and I hope it's my current card that was in my wallet. Couple minutes later she came back and stuck a blue sticker on the side mirror that I worried would blow off in the wind, but also figured if it does, they can deal with it.

Finally a man came around and put a tissue in my hand. I couldn't process what it was; a wet wipe? A what? He said blow my nose. The second time around I understood what I was expected to do, and after I blew my nose he said the Kleenex was mine to keep. This is a pretty solid line I'm sorry I wasn't in spirits to appreciate. Then he had me lean my head back, jabbed the long Q-tip-like thingy into my left nostril and wriggled it around some, a sensation I have to describe as one of the sensations I've had in my lifetime, now. I can't say it was bad, just, alien. He did something or other and showed me a vial and asked, ``Is this you?'' I recognized my first name and the start of my last and confirmed it even though it was the end of my last name that was the problem. And then I was done.

If all goes well, sometime Thursday or Friday I will learn that I didn't have Covid-19, and that I just feel like a series of small hand grenades went off in every joint in my body before I was ground beneath a cog railway because I cracked under the accumulated stress of it being 2021.

Better things, now. Here's the last pictures of Michigan's Adventure for our trip a couple weeks ago. 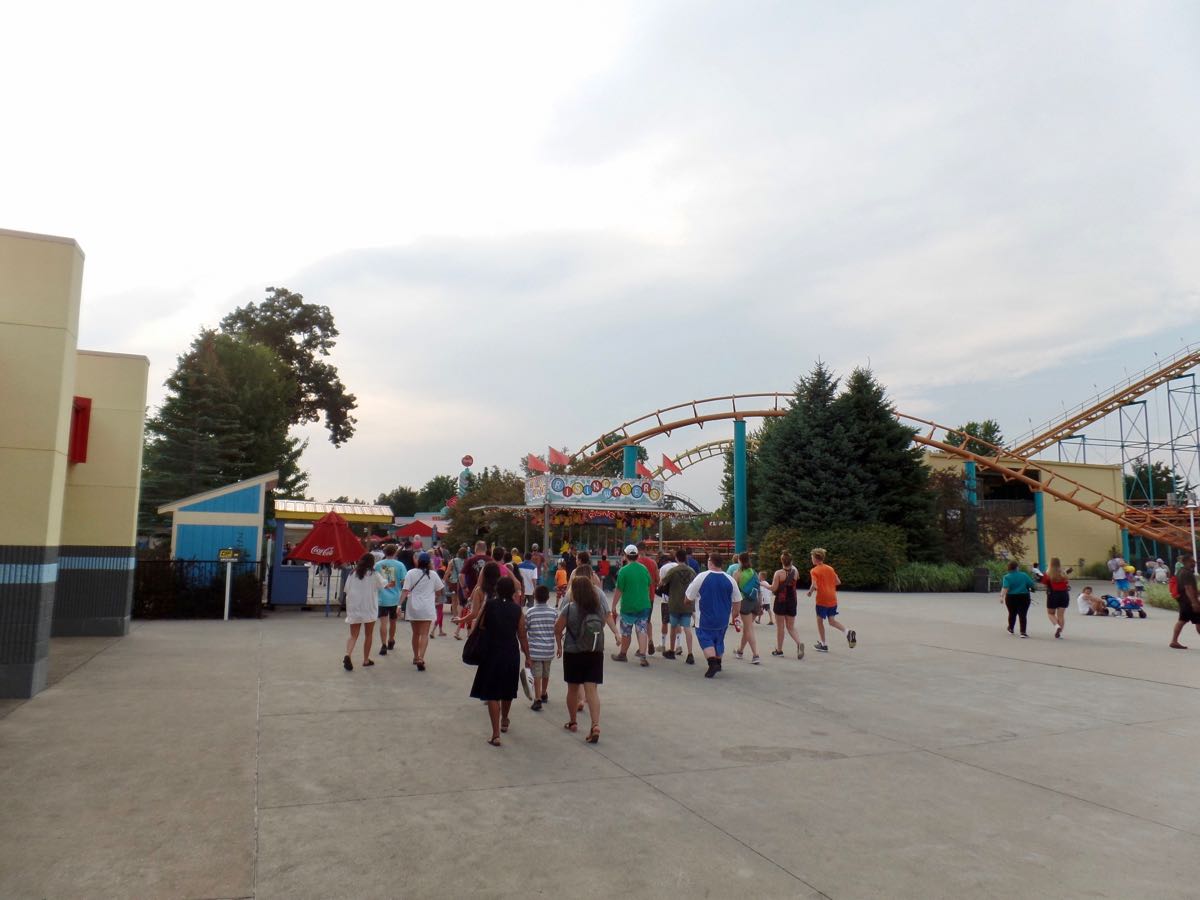 Leaving the park after our Dodgem ride. That's Corkscrew on the right there . 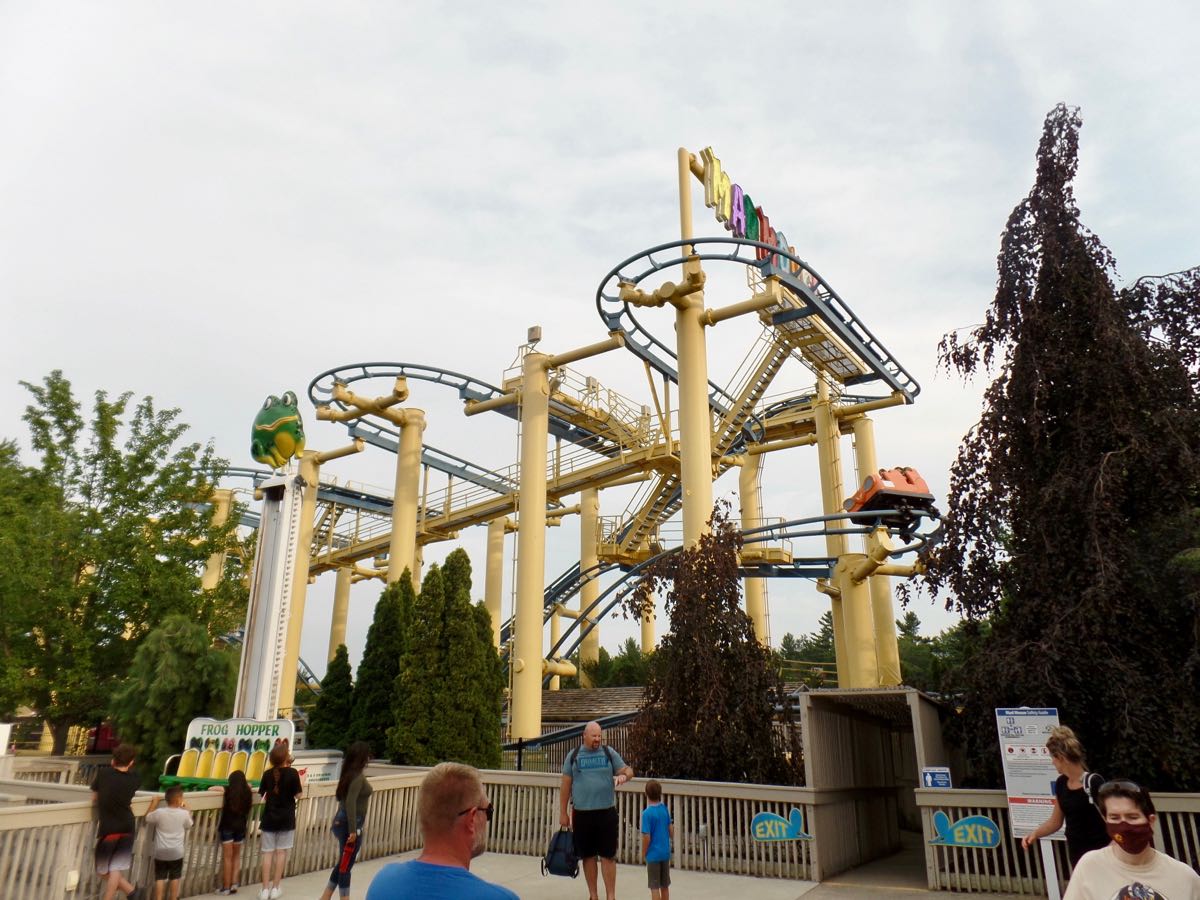 A last look at Mad Mouse, which we never did get to ride, as it was running very slow and sometimes not at all, like in the bad season of 2018. 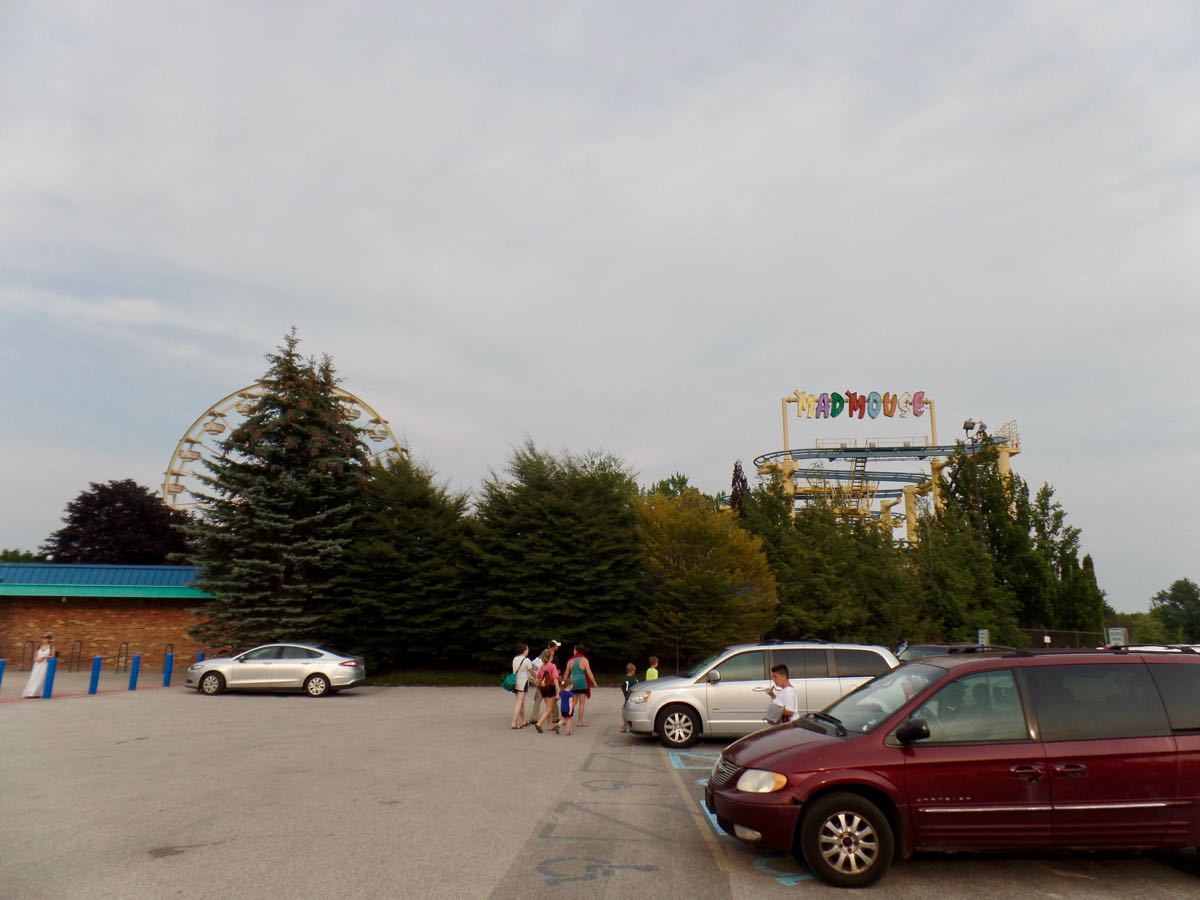 Leaving the park and getting a last look at Mad Mouse. 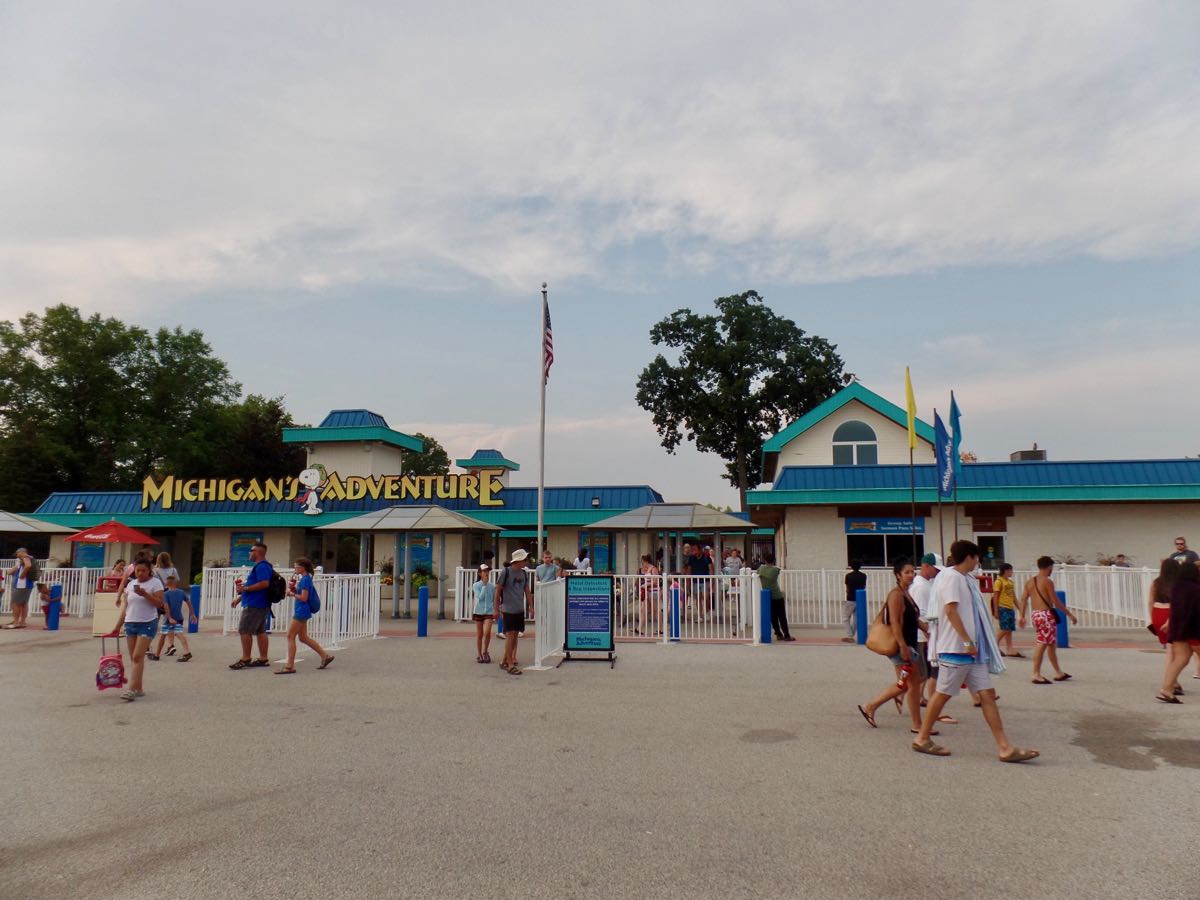 And a last look at the park entrance before we left for the day.

Trivia: The Chapel of St Thomas à Becket was not literally at the center of Old London Bridge --- it was on the 11th pier from the Southwark end and the 9th pier from the City of London end --- but its pier was also noticeably wider and longer than the others, 35 feet wide by 115 feet long, and projecting out about 65 feet past the line of the Bridge. Source: Old London Bridge: THe Story of the Longest Inhabited Bridge in Europe, Patricia Pierce.