Zoo time is she and you time

OK, so, what else is going around. Pet health.

bunny_hugger took Sunshine to Cedar Creek, our normal vet clinic, for a re-examination. This with a different vet, Dr R, rather than Dr B who saw Sunshine in the first place. Dr R had heard my cry of despair on their phone line, Thursday night after the echocardiogram fiasco. And she looked over her file and just ... wasn't sure that her heart was dangerously large. So she asked us to bring Sunshine in for her own fresh examination.

I missed it, yes. I was not in shape for something complicated like ``get out to the car and act functional for two hours''. Even if I were healthy they've been limiting the number of people going in with their pets. I could have stayed in the car, though, ready for a chat on the phone. Anyway what I have to offer is my poor understanding of

And what it was, was, a careful examination that raised doubts about whether Sunshine has cardiac issues. Her heart seems large on the X-ray, yes, but outside the normal range of heart sizes for large rabbits? Hard to say, given the visual interference of bones in the way. Dr R was apparently scrupulous about not suggesting Dr B --- college and I trust friend, not to mention boss --- was wrong, but that he might have misinterpreted difficult-to-parse data? Anyone can do that.

The things to argue against her having a heart condition: her breathing is fast but not labored. Like, she sees a rabbit who does have a heart condition and that one breathes the way you do when you've just run half a mile from Jason Voorhees. Her heart rate isn't excessive. Her appetite's good, her energy levels are good. She drinks a reasonable amount of water; more, now that she's been on the incidentally-diuretic drug Lasix for her presumed heart condition.

So, Dr R thinks we don't have the evidence for a heart problem. She recommends we keep the appointment we have for the end of September, trusting that that's with a place that actually does rabbit echocardiograms. But that's more for the purpose of ruling out any doubts rather than anything else. Thing she thinks is a possibility is Cushing's disease, which turns out to be so rare in rabbits that her reference book didn't even list symptoms. Turns up in dogs and ... (rats and mice?), though. Causes panting. If we can get an ultrasound of Sunshine's abdomen, seeing her adrenal glands would settle that. We know something's unusual, but not if it's something serious.

And for now? Well, take her off Lasix and it doesn't seem to be doing anything. This after last week we let the clinic talk us into getting a month's prescription rather than one week's, for economy's sake. We're keeping it until end of September, in case it turns out there is a heart problem and we'll need to start giving it again. (Sunshine is strongly in favor of this, because she loves the taste even more than she loves cough syrup.) And we'll be quicker to move her out of the hot living room when heat waves come again.

But ... it does seem like maybe possibly we just have a rabbit who breathes fast, and we got neurotic about it this summer.

Meanwhile, Sunshine was remarkably chill about her vet appointment, her third(?) in only a couple months. She'd been on the brink of panic in an earlier visit, but this time she was much more calm and eventually even willing to eat a treat given as reward for putting up with all the places a stethoscope was pressed against her skin. Possibly helpful is she spent nearly all the time on the exam room floor, rather than on the narrow and elevated table surrounded, far as she could tell, by an endless chasm. Possibly it's just now she's experienced the place enough times rapidly enough without anything bad happening that it's no longer so terrible.

It's going to be such a kick if it turns out the only thing wrong with Sunshine is she's a fast breather.

Let me share some pictures of Sunshine so you appreciate the situation better. 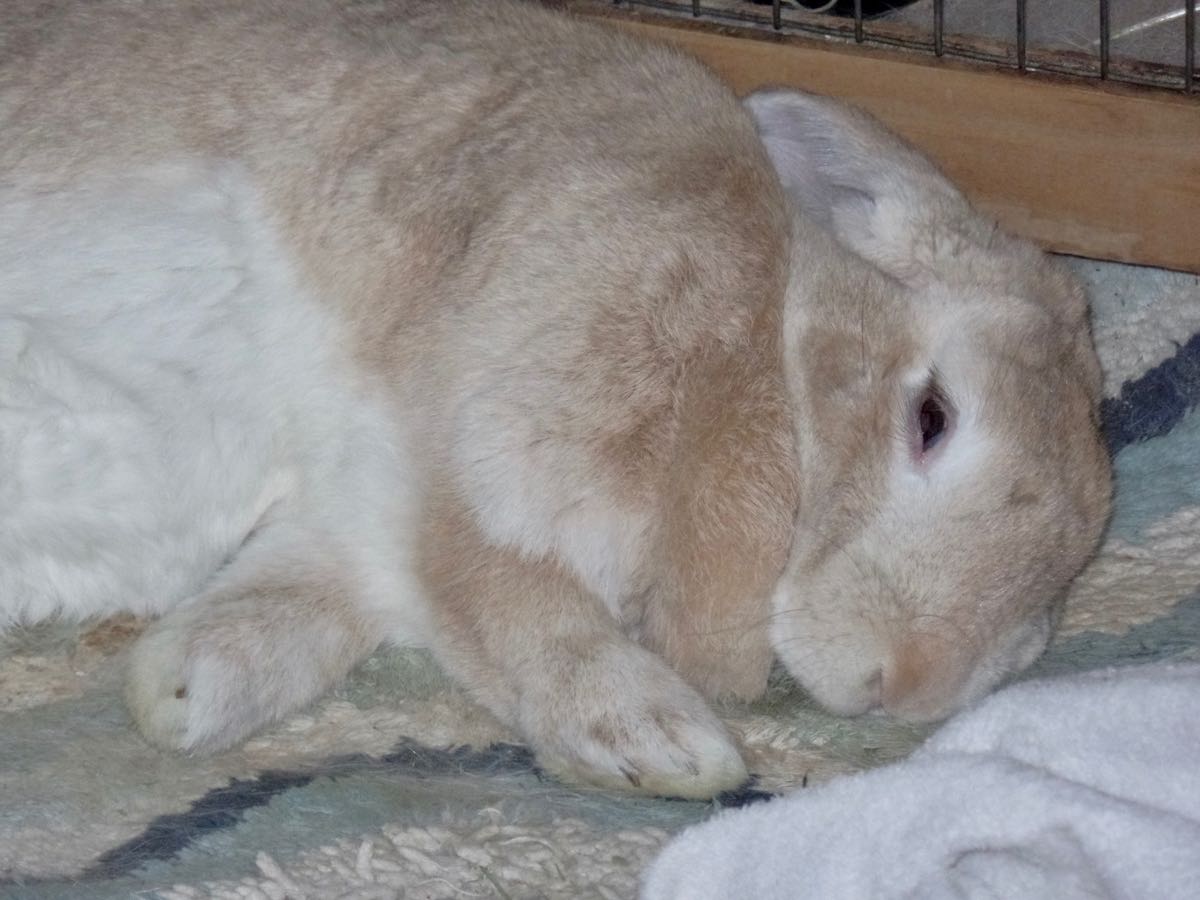 Can you imagine not wanting to look at this rabbit's heart? Look at that and tell me you don't want to know everything about her. 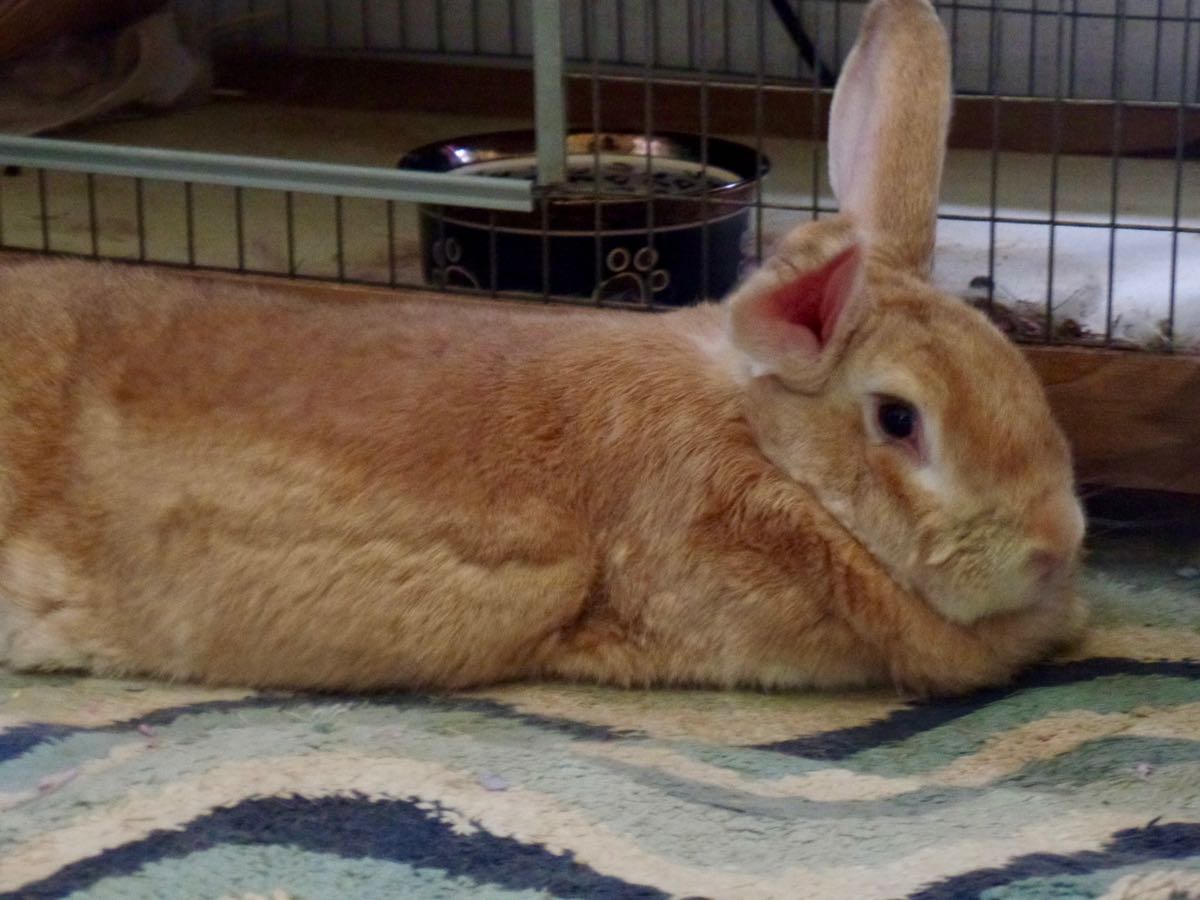 Isn't that gorgeous? And yes, if you look close, you can see her nose blurry from wiggling. 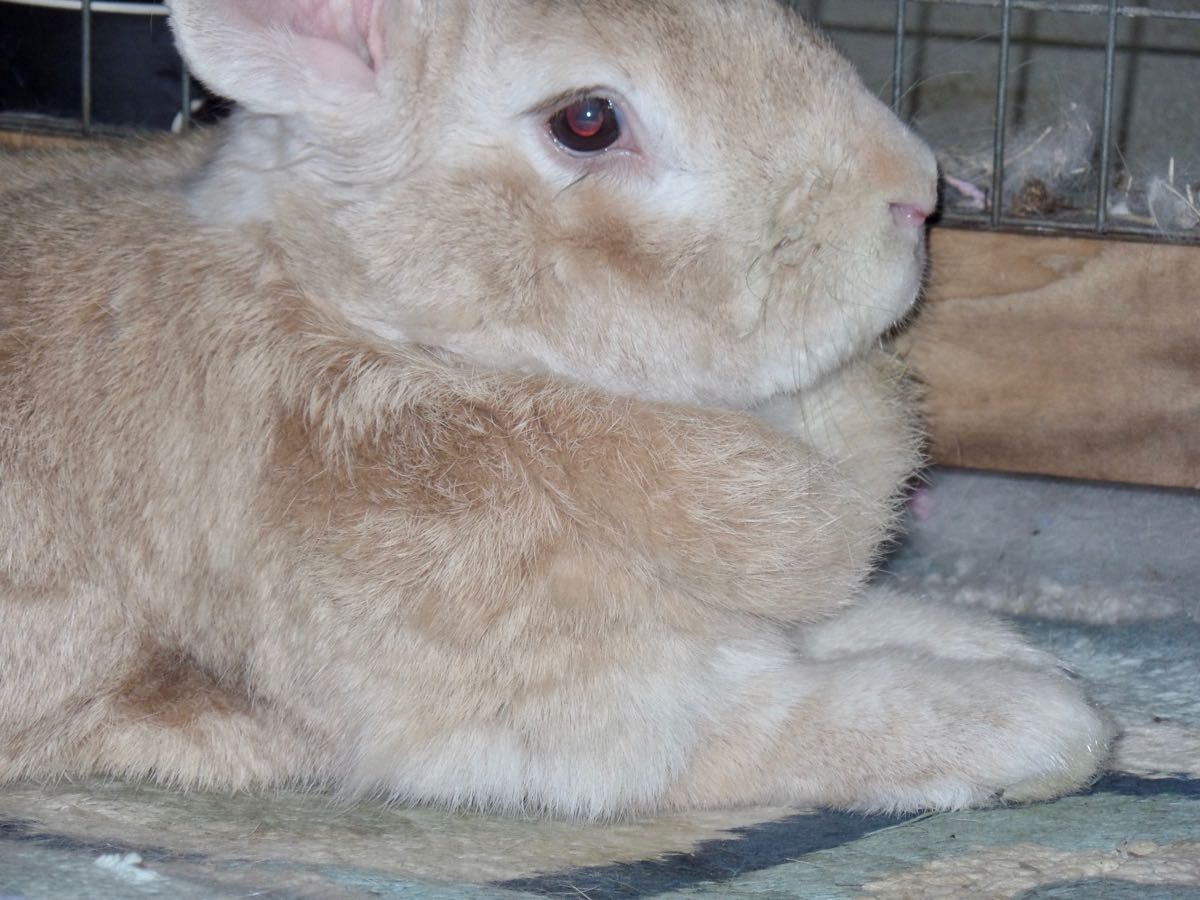 And here, she notices me, and sits up a little. And with the flash you can see how much structure her eye has, including the cataract that's claiming it, too.

Trivia: In 1693 Isaac Newton wrote to Wilhelm Leibniz, hailing him as ``one of the chief geometers of this century, as I have made known on every occasion that presented itself''. Newton was less kind in private. (Leibniz retuned the public compliments and private complaints, at the time.) Source: The Clockwork Universe: Isaac Newton, the Royal Society, and the Birth of the Modern World, Edward Dolnick.

PS: Turns out that Giuseppe Peano tried to create an international language out of Latin, a very little bit about an historically important mathematician.