The mammals are your favorite type

With the great screeching, crashing, catastrophic halt my life came to this week I had to cut even harder, even faster on my humor blog. So there's now two things that I'm actually writing every week, the story strip plot recaps and the Statistics Saturday nonsense. Everything else? That's old stuff brought back. I'm running my Talkartoons reviews and I don't know if I'm going to use all forty-something of them but that would give me ten weeks of breathing space to breathe and all. We'll see what I do. This has been the last week. Enjoy all the colons in subject lines.

Pictures. In my photo roll, early August, we were back from Michigan's Adventure and hadn't done anything new. So here's pictures from going out to see how that bridge is doing. 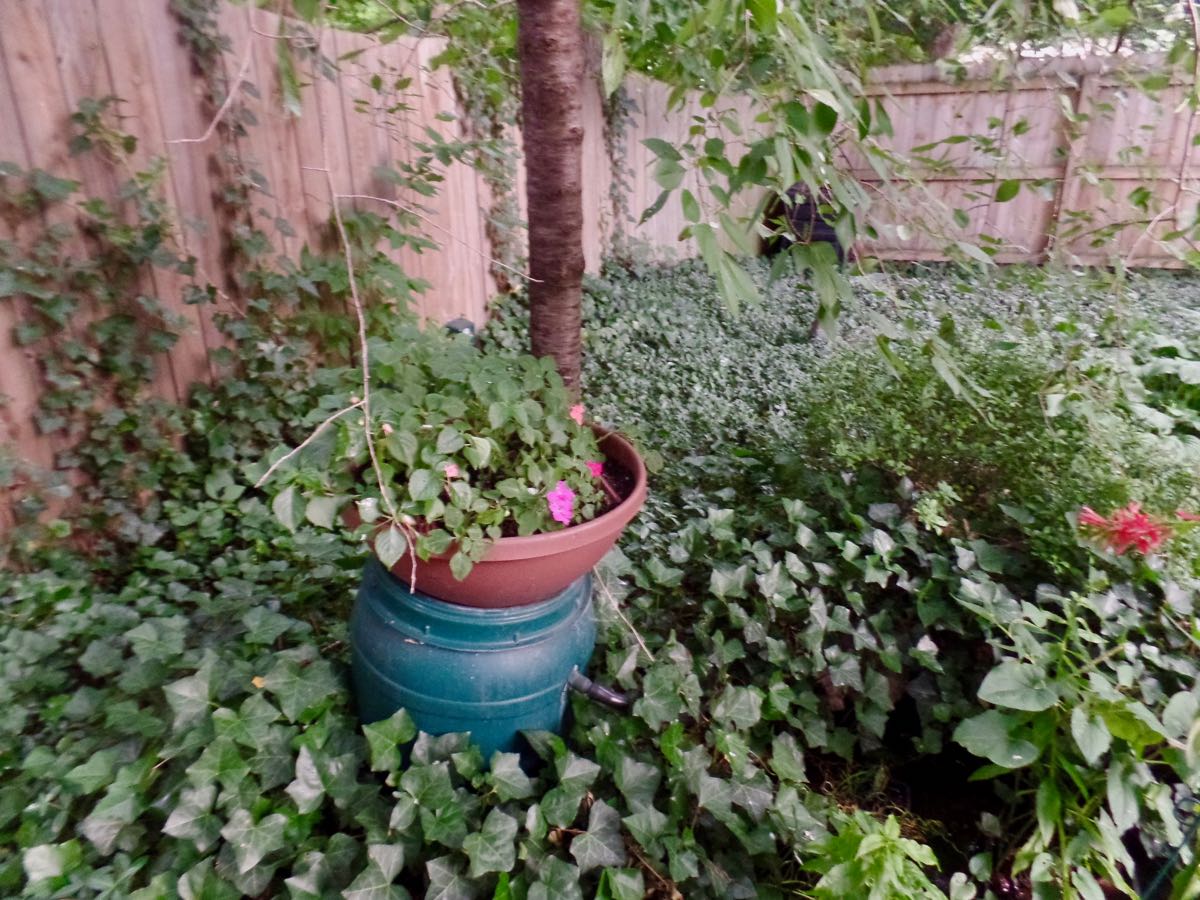 First, the backyard. Would you believe there's a pond under there? Not our full pond but the blue-green plastic bin is part of the filtration system for our pond, and it deposits water (see the black tube) into the upper pond, which you can almost see under all the myrtle. 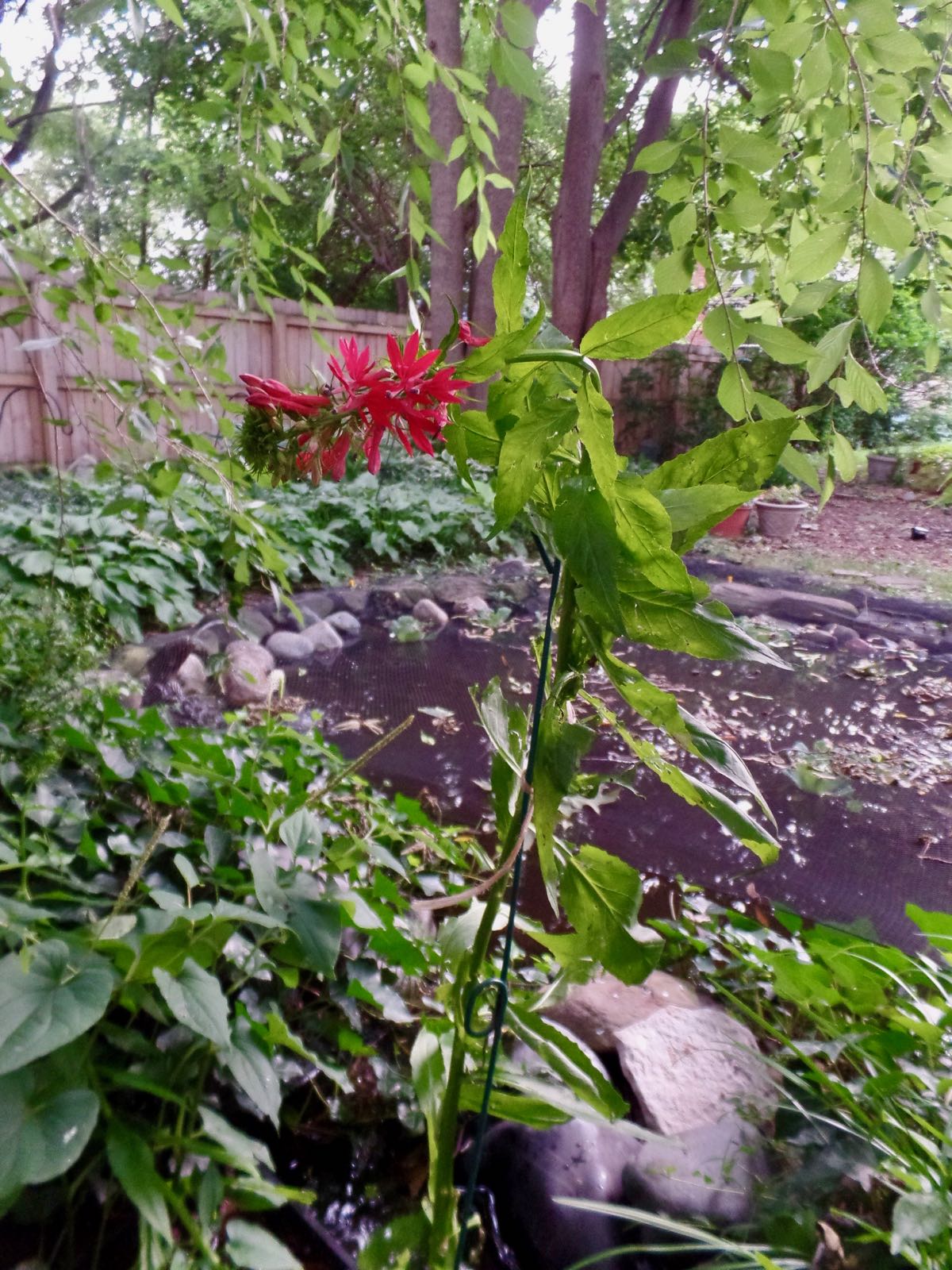 Looking close at the cardinal flower, one of the brightest spots in the upper garden and one of the few strongly-colored flowers that ever thrives in our yard. It's taken some damage, as it always does, we think by heavy winds and rain rather than a raccoon this year. But that's why it isn't standing upright anymore. We never photograph it before its damage. You can see our pond in the background. It looks greyed out and unfocused because of the net put over it to keep raccoons from harassing our fish. (If they want water, they're welcome to it from the upper pond.) 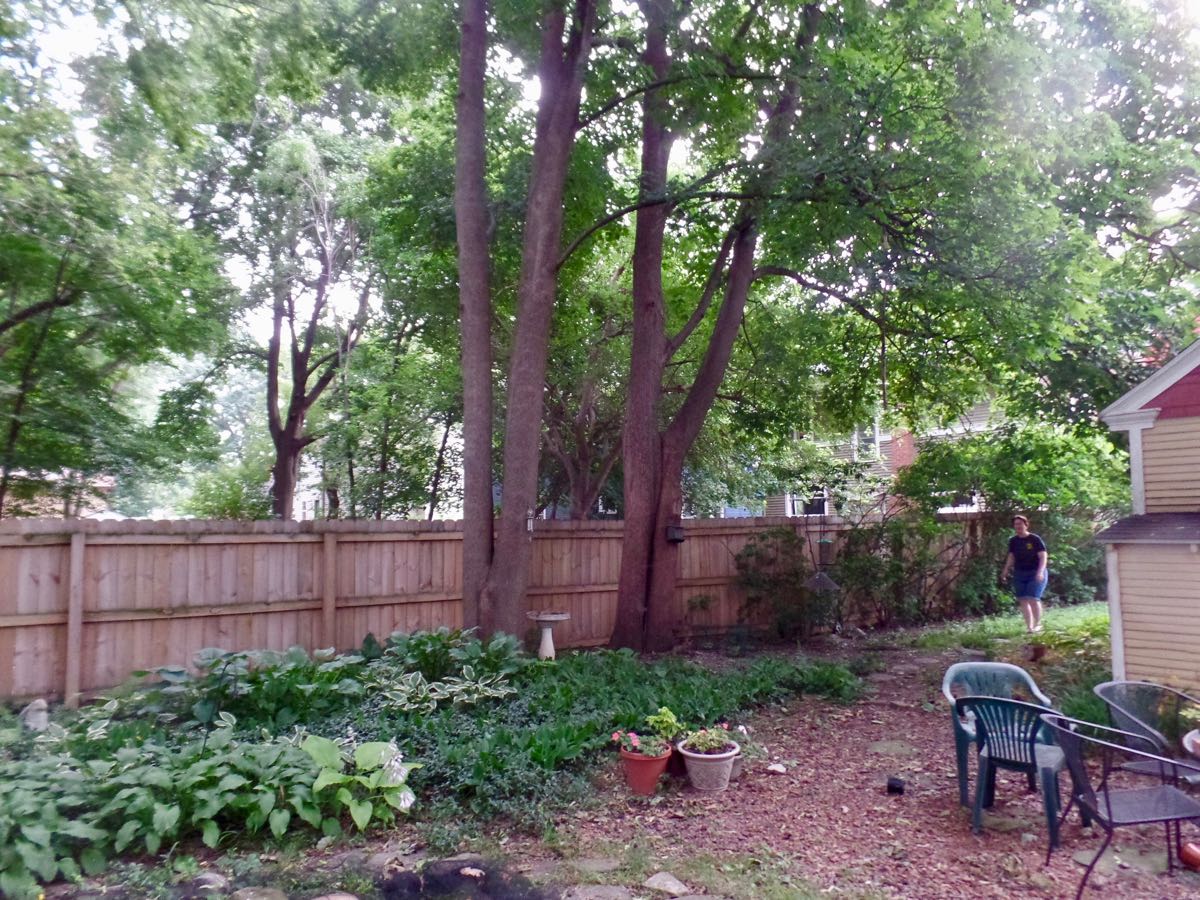 And a look at the backyard in general, including our nifty fence. Those double-trunked trees there? There used to be another double-trunked tree to the left of them, which turned out to have once been a four-trunked tree half-destroyed in, most likely, an ice storm in the late 90s. We have a very shady backyard. 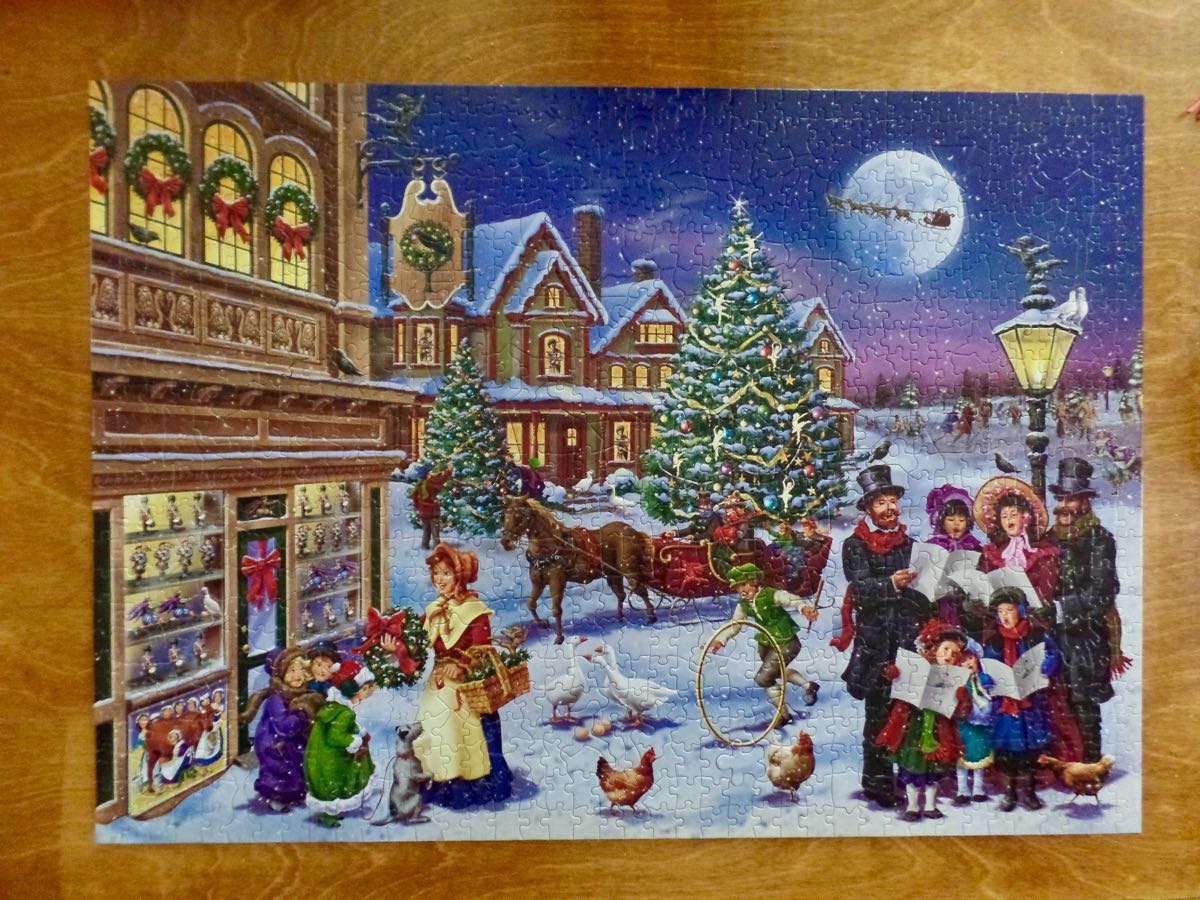 bunny_hugger's Christmas-in-July jigsaw puzzle! Hidden within the picture are representations of all The Twelve Days Of Christmas, so there's an extra little challenge to, like, find all five golden rings or the six geese a-laying. Good luck! (Seriously; some of them I don't think you could make out except by looking at the original, which is several feet across and tall.) 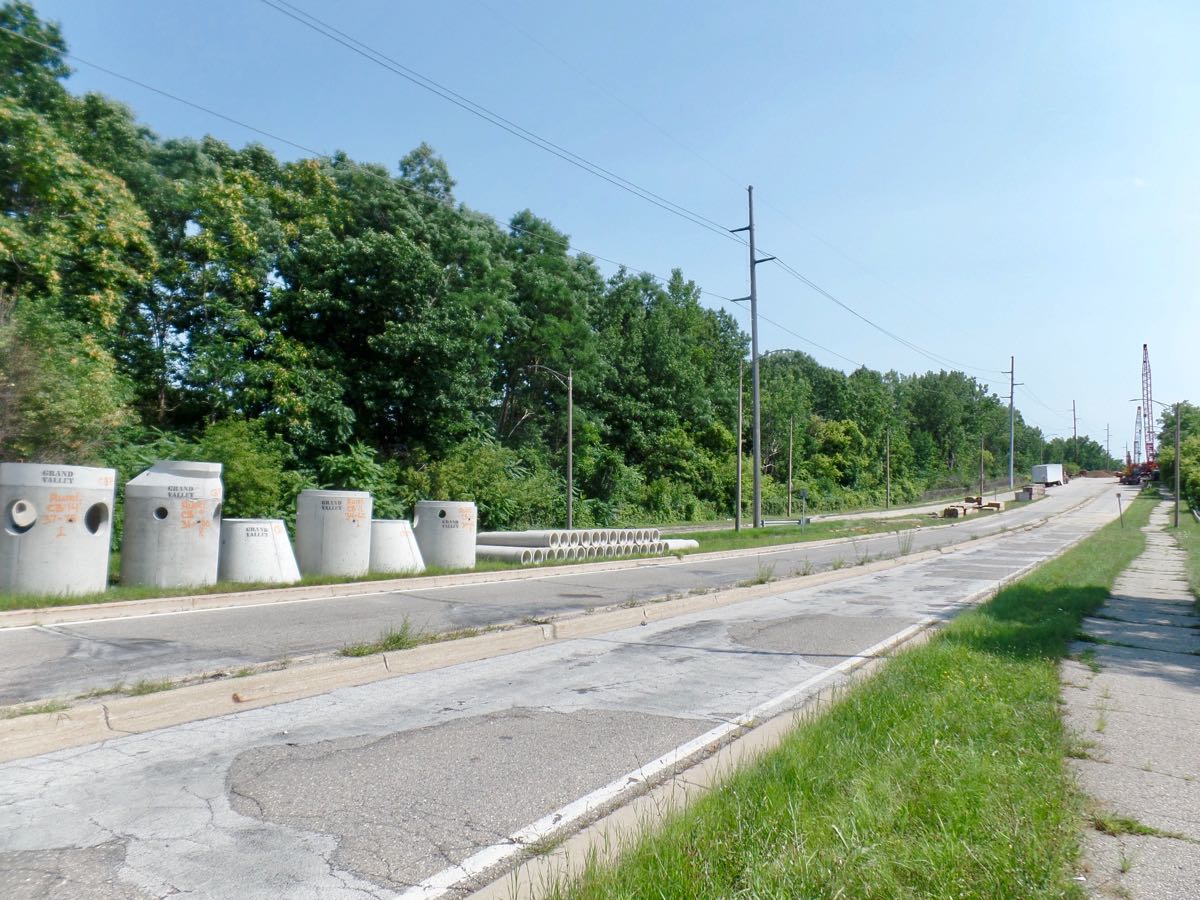 There we go. The approach to the Aurelius Road bridge, where it's been taken out. On the left, a bunch of giant concrete heads for robots from 1930s space-adventure serials. 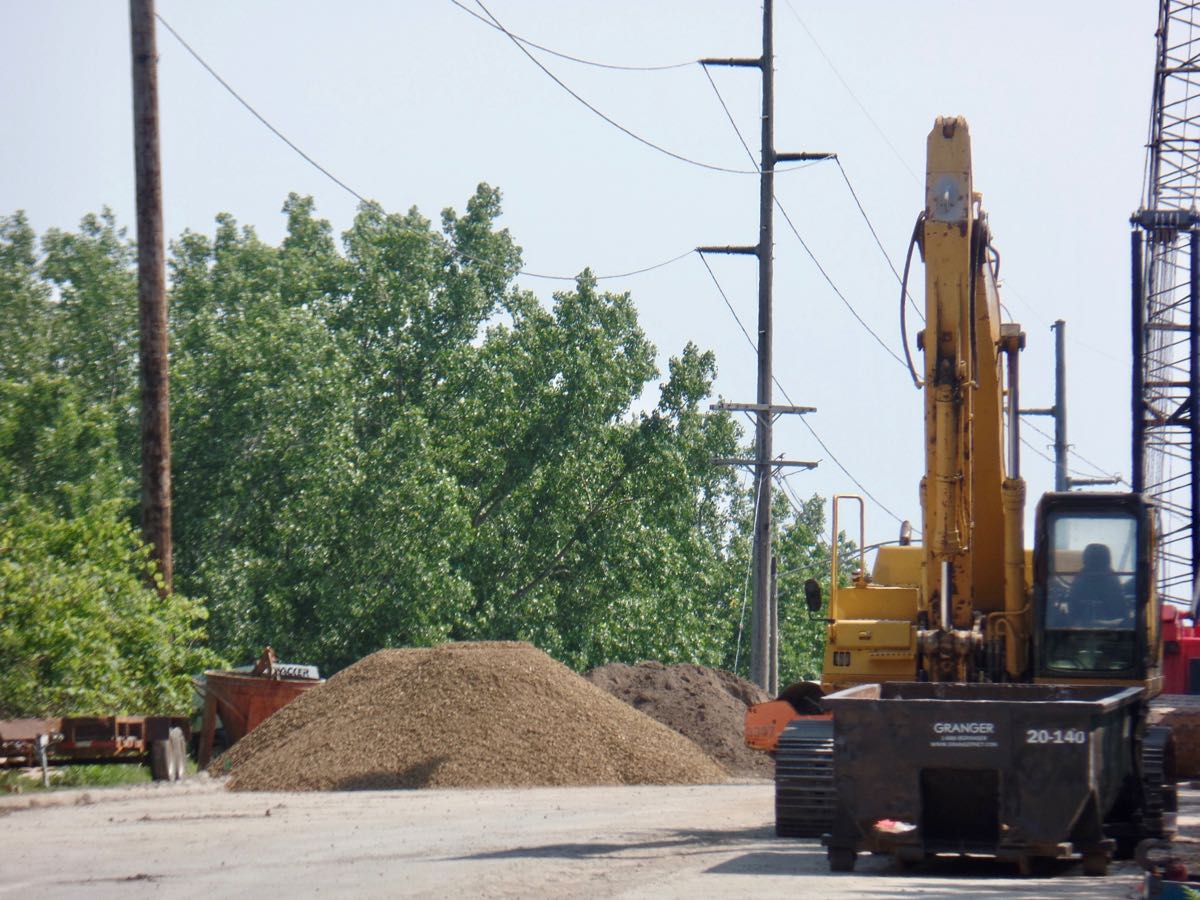 Parked vehicles and the mounds of dirt you need to build a bridge for whatever reason.

Trivia: The last 'i' was dropped from 'aluminium' in American appearances, originally, with advertising copy Charles Hall published for his aluminum-extraction process. It is unclear whether this was a deliberate choice or an accident. Hall did love the way the altered spelling evoked ``platinum''. Source: The Disappearing Spoon: And Other Tales of Madness, Love, and the History of the World From the Periodic Table of the Elements, Sam Kean.

Currently Reading: Lost Popeye, Volume 9: Popeye in Davy Jones and The Sea Goon, Tom Sims and Bela Zaboly, Editor Stephanie Noelle. A cry for Popeye's help, coming over an ouija board, that's smashed before we can learn who sends it! And a threat of death if Popeye crosses the Sea Goon! This is such a compelling start I'm a little afraid to learn how disappointing the resolution of the story will be. But it's a smashing start. Anyone who wants to write Popeye should practice by writing a story outline that starts from there.