And you want her tonight

So the best news to come around here in a week: my Covid-19 test came back and it is negative. Whatever has been plaguing me is not the plague.

bunny_hugger's father remarked that he lost the bet with his wife.

bunny_hugger then wanted to know why he was betting on me having Covid-19 despite being vaccinated, masking everywhere, and having no known exposure to any infected person. In his defense, I had been to three places where I could plausibly get the virus last week, and I did have joint pain and fatigue, known symptoms. Minor symptoms, but, again, vaccination. Whether it's reasonable depends what odds he was getting, I suppose. Also whether you actually wanted me to have Covid-19.

Second-best news of the past week:

bunny_hugger is a multiple ribbon-winner in the Calhoun County Fair! She had entered four photographs, including one of the carousel at the Calhoun County Fair in 2019. If I had not been sick I'd have spent Wednesday at the fair with her, enjoying the sight of three of her photos taking ribbons. She earned a second-place and two first-place ribbons. I regret not being in shape to see it, but I am so very glad she went to the fair.

Sunday we have to go pick up her photos and I hope I'm in shape to make the drive with her, and maybe see her parents after.

Have some pictures reflecting the struggle to live in modern Lansing town. 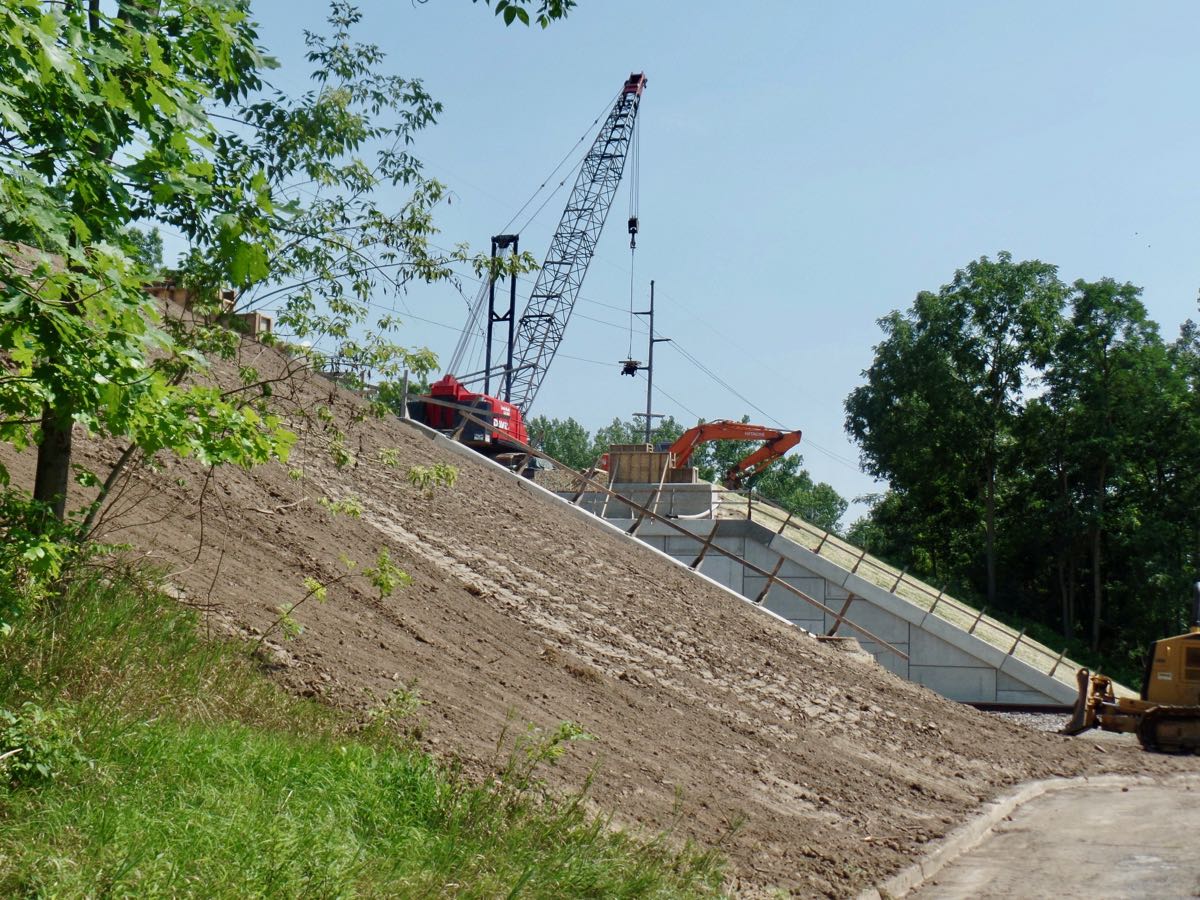 Peeking at the new ... I'm going to say berm? ... for the replacement bridge. I love this as it looks like I'm doing my usual Dutch angle nonsense while I am also clearly not. 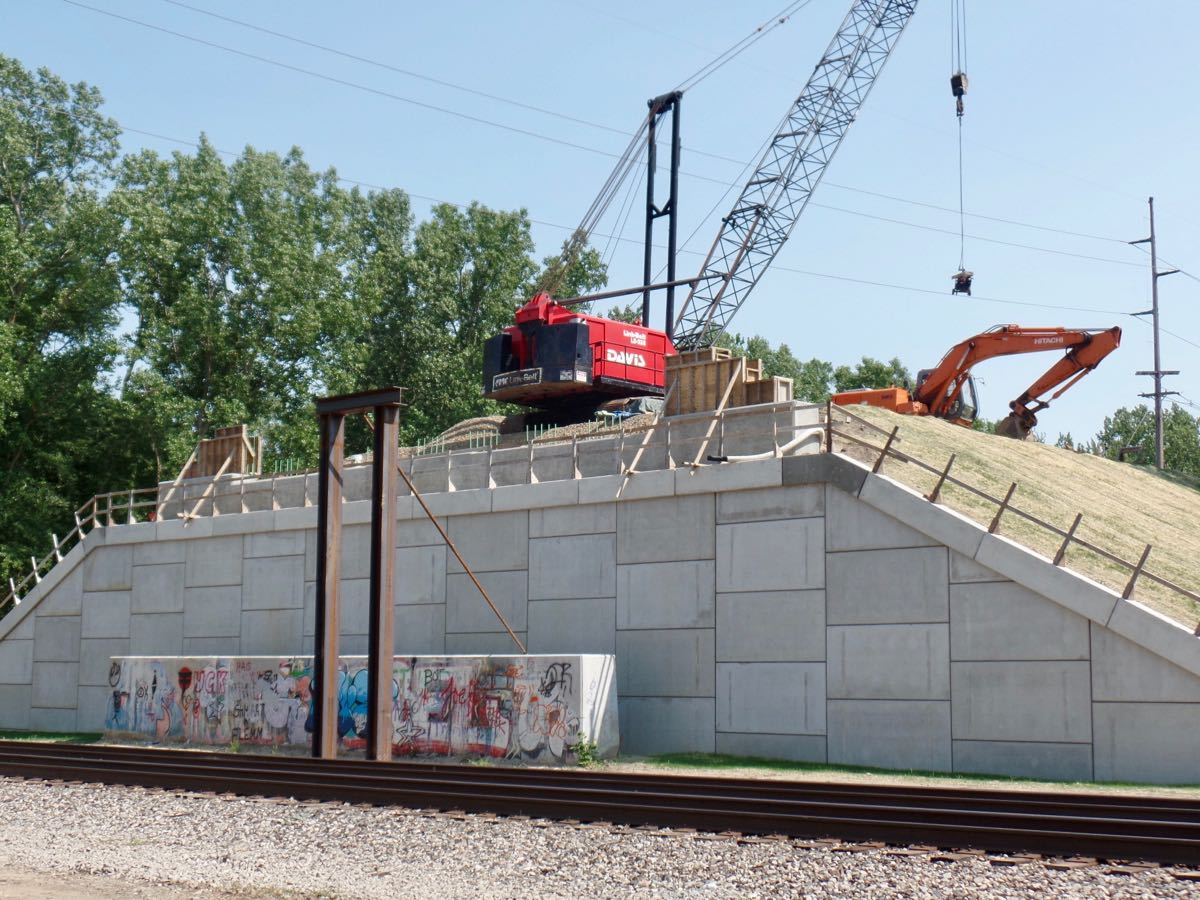 New bridge is looking substantial! I don't know why that small chunk of the old, with the graffiti on it, is still around. I assume it serves some purpose yet. Its partner on the other side of the tracks is there too, still. 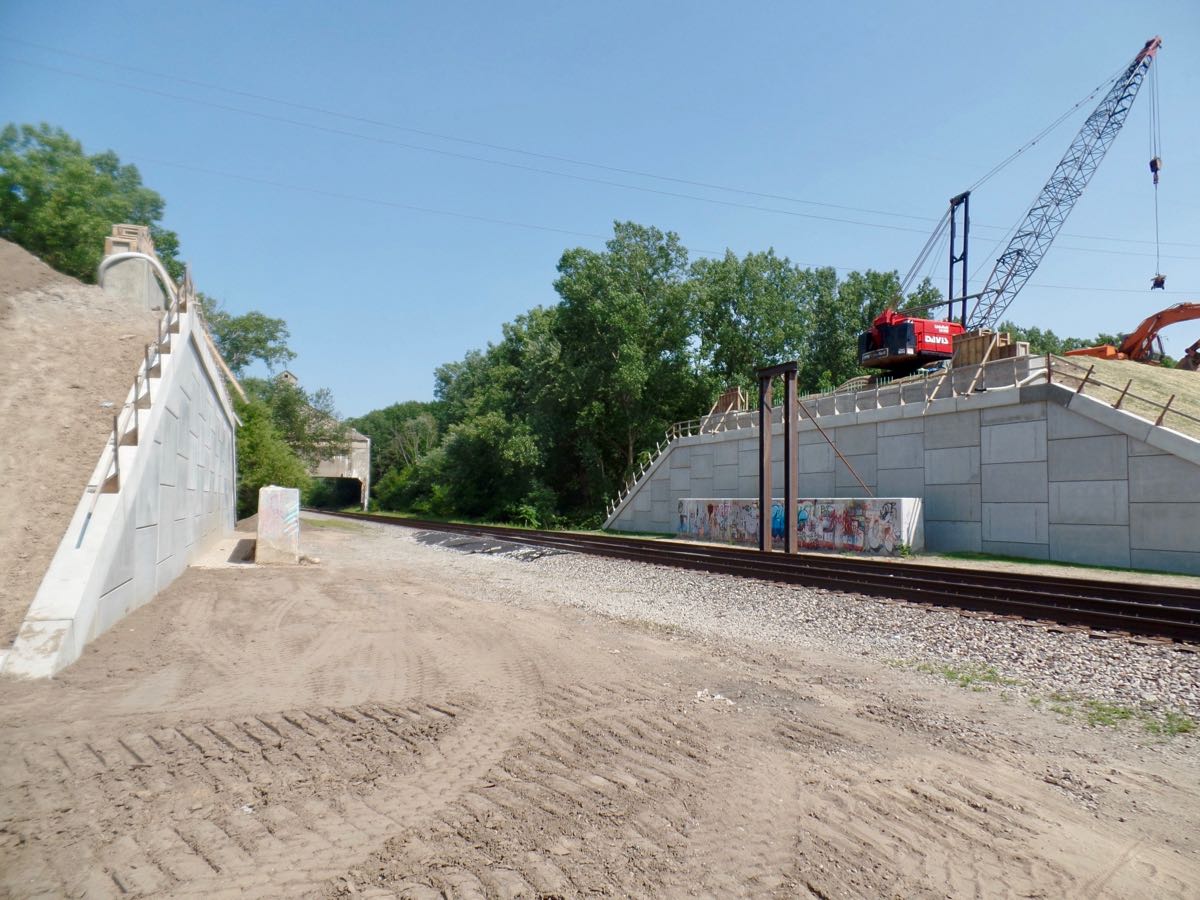 And here you can see the new ends of the bridge supports, plus the older bits of bridge, and the Grand Trunk Western Coal Tower. Hey, do you hear something?

Currently Reading: Lost Popeye, Volume 9: Popeye in Davy Jones and The Sea Goon, Tom Sims and Bela Zaboly, Editor Stephanie Noelle. Popeye, clobbered by Davy Jones (yes, that one), seems dazed for two panels, and Davy can't understand why he hasn't fallen down. Popeye declares it's because he was deciding which fist to hit back with (and punches Davy Jones, with a strong left). ... Kind of wonder if Sims and Zaboly had a better handle on Popeye's character than even Segar did.