See it in together

I realized Thursday that I'm going to need a car loan. The obvious place to go is our credit union;

bunny_hugger has a pre-approved car loan through them, for her own intended car-replacement. (Her current car is 16 years old and has intermittent air conditioning, although in another six weeks or so that will stop being noticeable.) The catch is that while I've had a joint account with

bunny_hugger at the credit union since I moved out here, I haven't had a personal account. And as I don't intend to have her co-sign my loan, well, there we go.

bunny_hugger recovered from a work meeting I went downtown to an actual branch of the credit union and explained my fix. The clerk there had no trouble with this and I spent something like 45 minutes as she filled out forms, mostly confirming that the information on our joint account was still relevant to me. At some point in the process it shifted into applying for my car loan, although I'm not sure just when that did happen. The main things were verifying my income and length of employment, and checking my credit score, which turned out to be several dozen points lower on the report they checked compared to the one that the Discover card web site gives me every month. Not in a way that makes a difference in rates, so I suppose it can just be an abstract nuisance instead.

So all went well and I was off with a loan-check thingy that I can take to a dealer, and fill out for any of the cars in the price range I'm looking at. And then I ducked into The Peanut Store and got a couple pounds of roasted nuts. It's been too long.

A thing I realized afterward: I am going to want some cash money for the down payment. Probably about what I'm getting as payout for the Scion. I theoretically have a checkbook for my main account, but goodness knows where, so instead I transferred a bunch of money into our joint credit union account. I know where the checkbook for that is. But it will be a couple banking days before that's done, so who knows how that'll change the local used hybrid car market?

Which, by the way, seems to have a tolerable number of used hybrids. A surprising number of Priuses with less mileage than I'd think, for example, and the occasional Chevy Volt that looks appealing. My big criteria are: hybrid or electric; prefer around $15,000; prefer if it's fewer miles than the Scion ended with; and, if it comes to a tiebreaker, a moon roof. I'm aware the exact selection of things shifts some and I accept that some of these cars are in Grand Ledge or Owosso or some other made-up town, but I figure for a one-off event like buying a car it's all right if I, like, go as far as to Ann Arbor or something.

Have some more pictures of pinball, the Zen Tournament that we'd wanted to see July out with and had to bump to the first week in August instead. 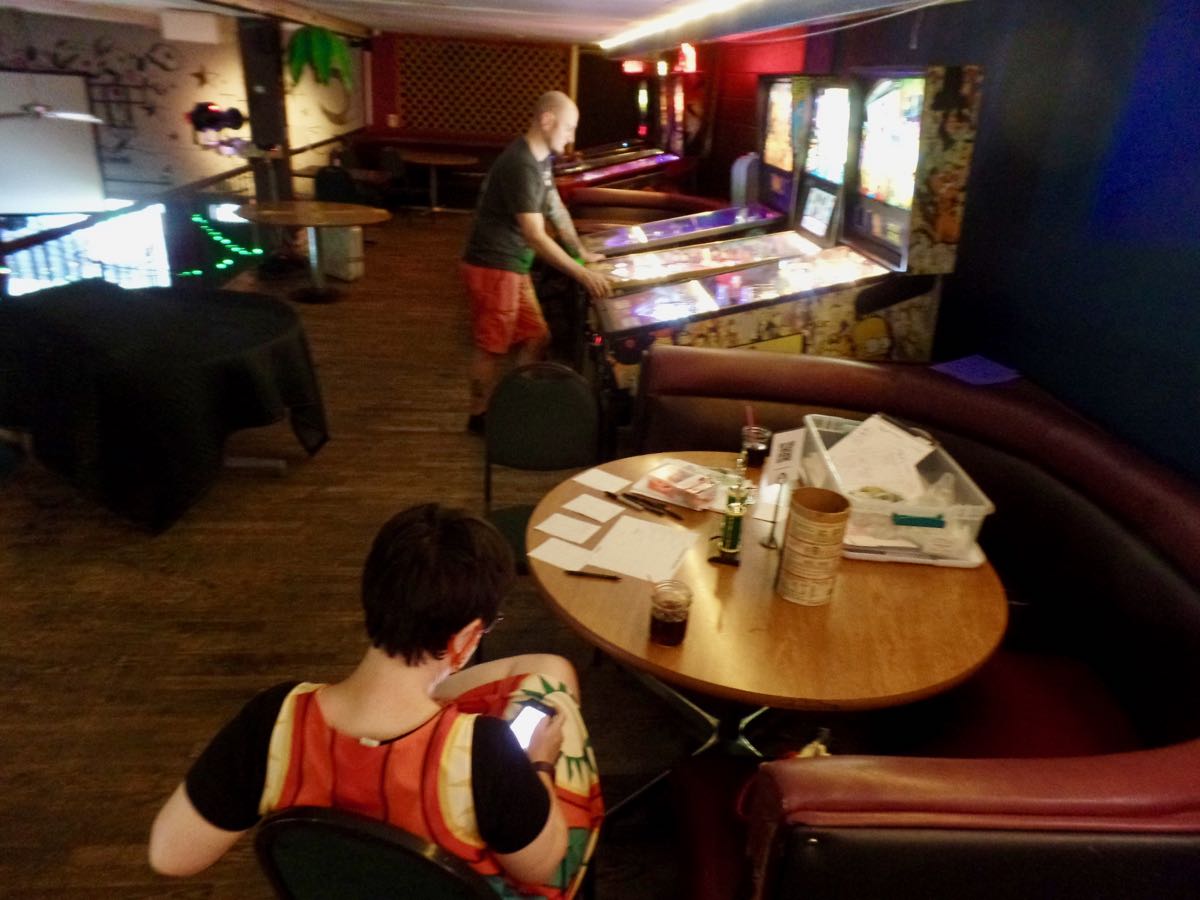 bunny_hugger in her stylish pinball dress, dealing with the down side of double-elimination tournaments: there's a lot of waiting around. 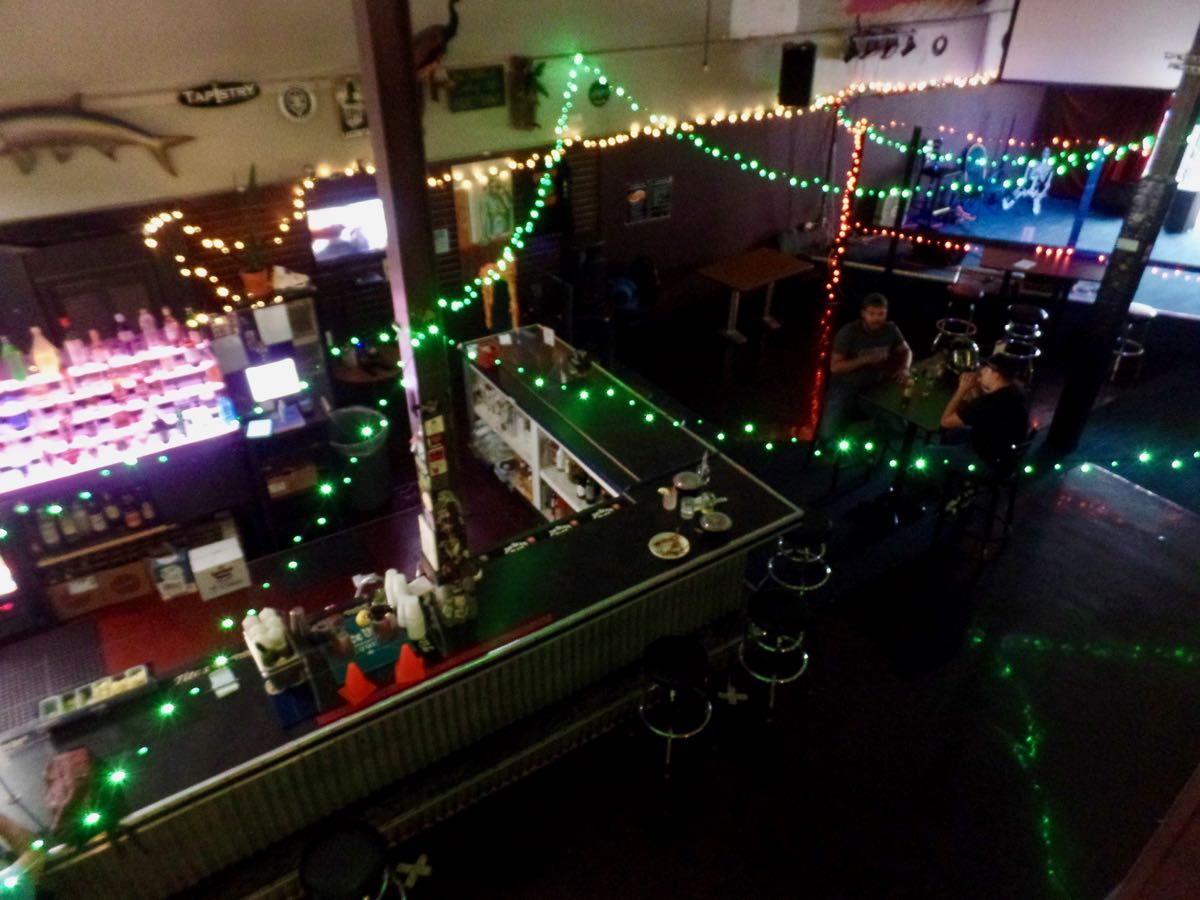 Looking out from the balcony at the lower level of the bar, which has kept its lighting all around town. Also the TV's taken to showing, like, Flash Gordon serials from the 30s or the Garbage Pail Kids cartoon or stuff. 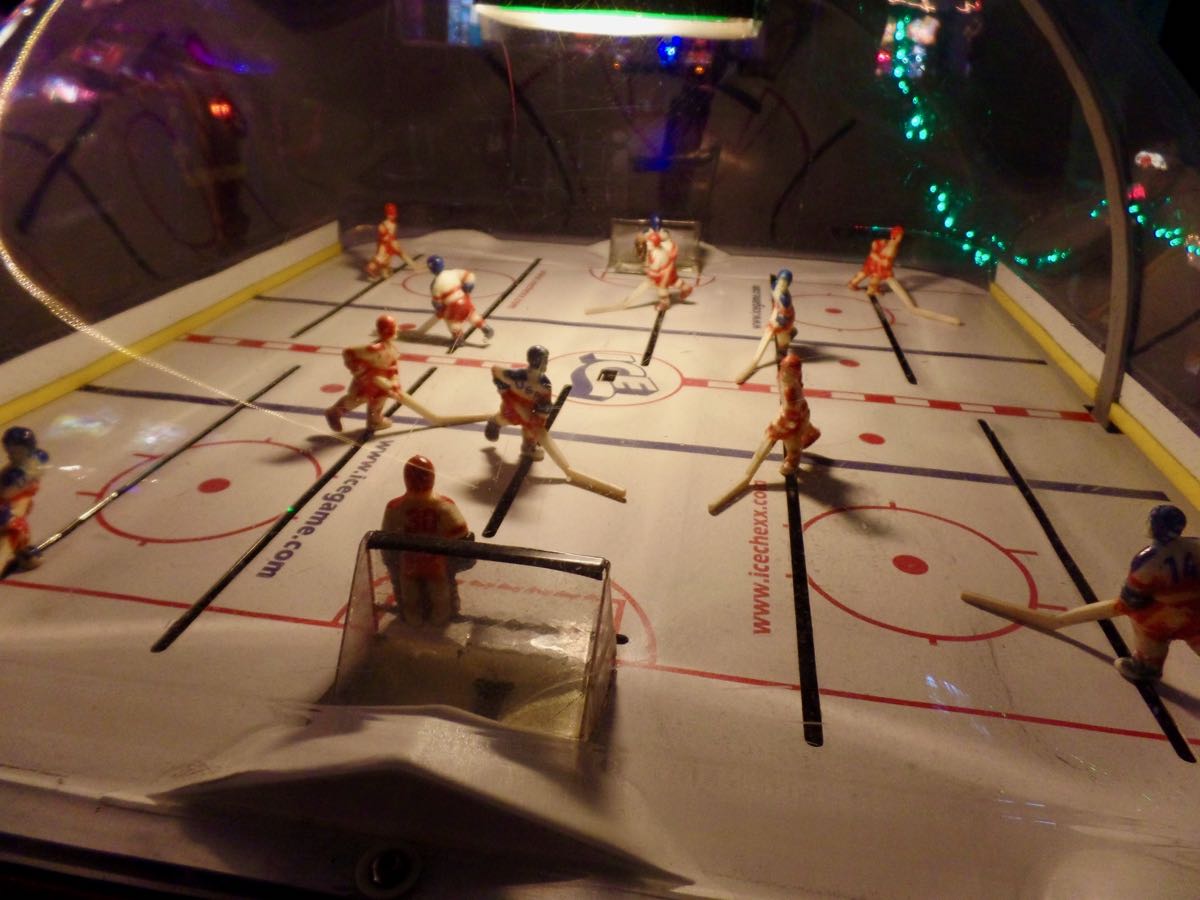 The table hockey game that occupies a space upstairs that really seems like it'd be good for a little table.

Trivia: Apollo 12 commander Pete Conrad was so incensed at Apollo 15 commander Dave Scott, for Scott's role in (and, he inferred, initiating) the stamp cover scandal that Conrad never spoke to Scott again. Source: The Astronaut Maker: How One Mysterious Engineer Ran Human Spaceflight For A Generation, Michael Cassutt.

Currently Reading: Lost Popeye, Volume 10: Wimpy's Tadpole Tablets, Tom Sims, Bela Zaboly. Editor Stephanie Noelle. So this starts with Wimpy trying to give legs to mermaids, who do not want them or see the point of having legs. It's hard to see why I should be on Wimpy's side here.