What's happening on the mathematics blog? Mostly me pointing out other stuff, but there you have it.

Let's have some pictures from the Zen Tournament and from the first pinball league night, the one that went so horribly for me despite it being, like, a great night for 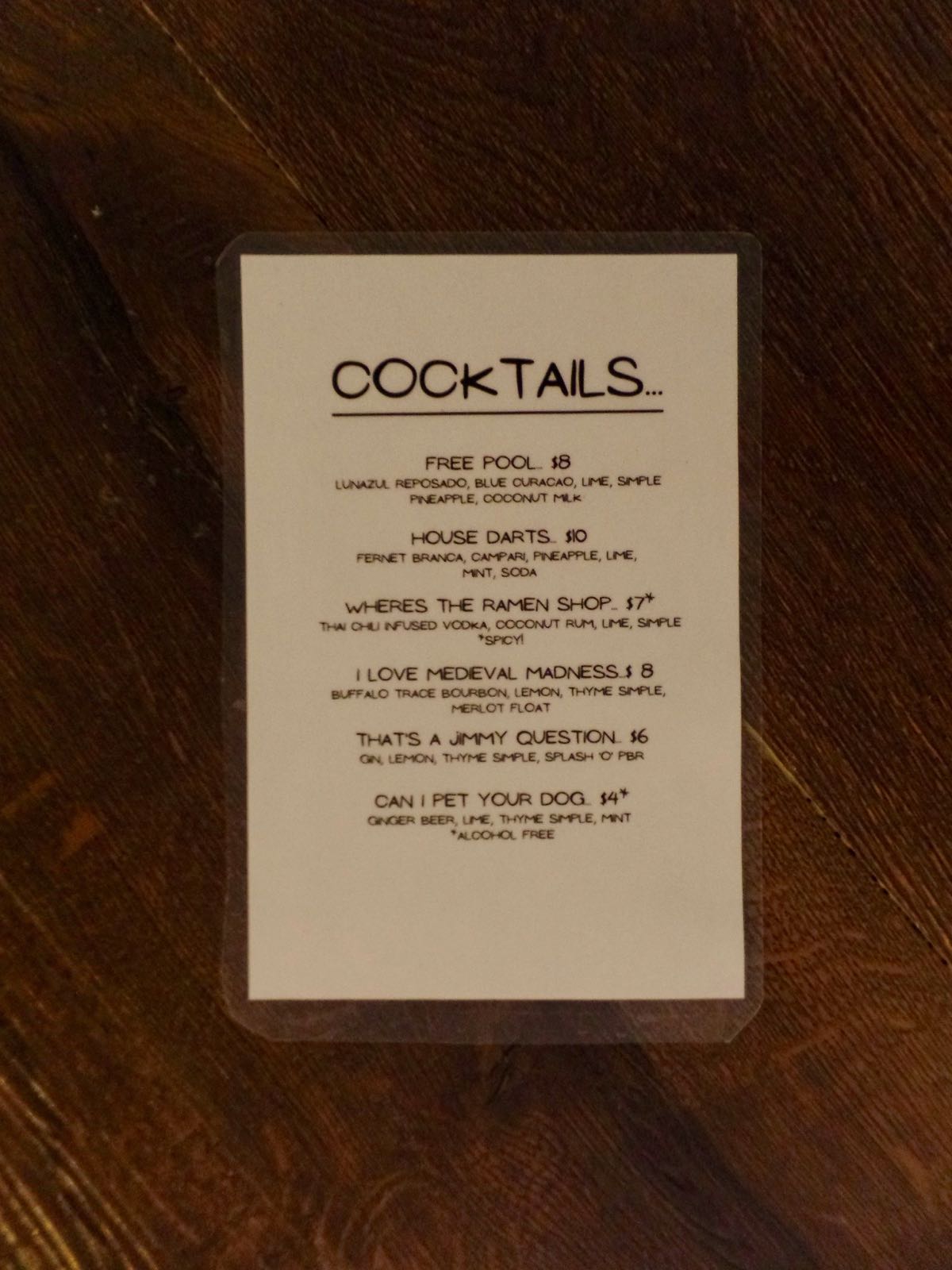 Cocktail menu at the bar, featuring a pinball mention! (Medieval Madness is one of the bar's earliest and most-loved games.) I don't understand the theme of any of these cocktail names but I don't see how that matters either. 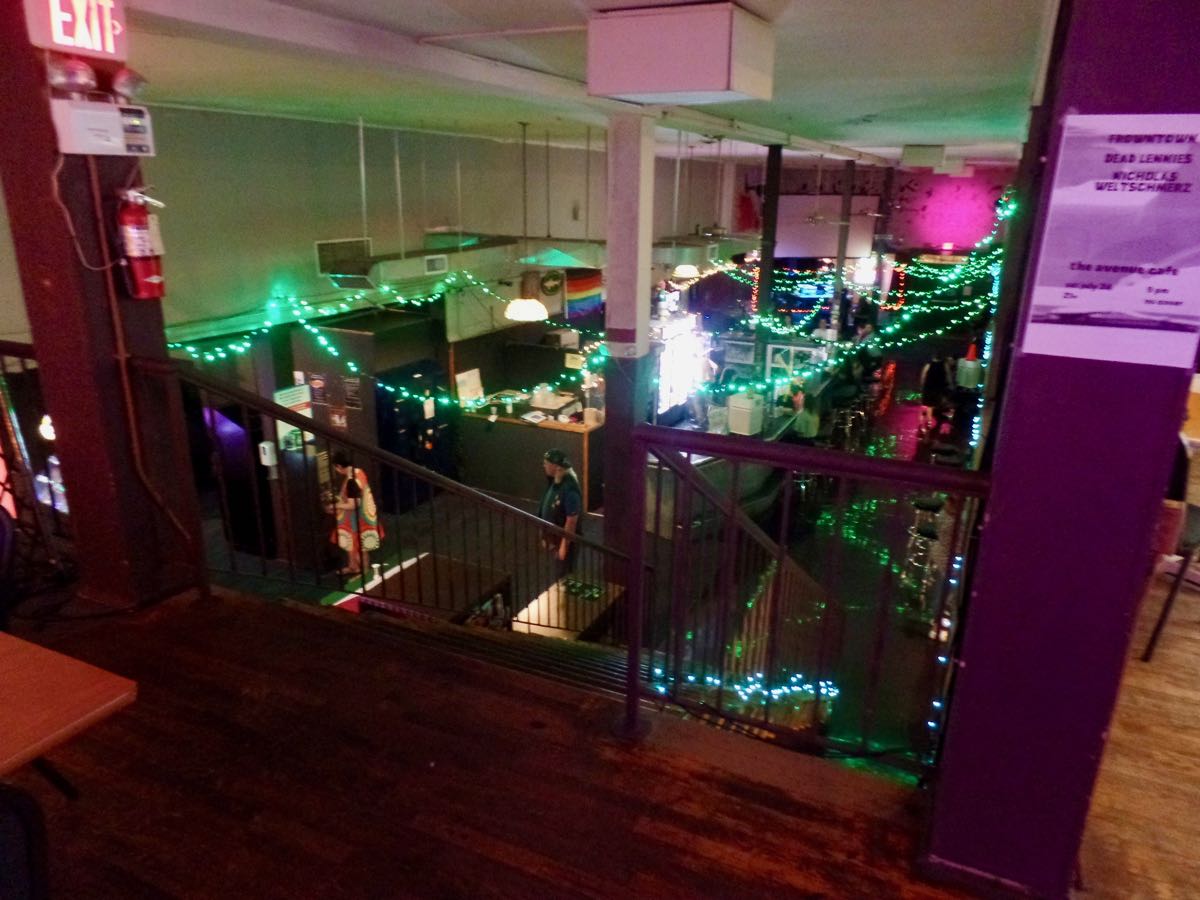 Peering out the length of the bar from the big stairs. It was very hot and it was very late. 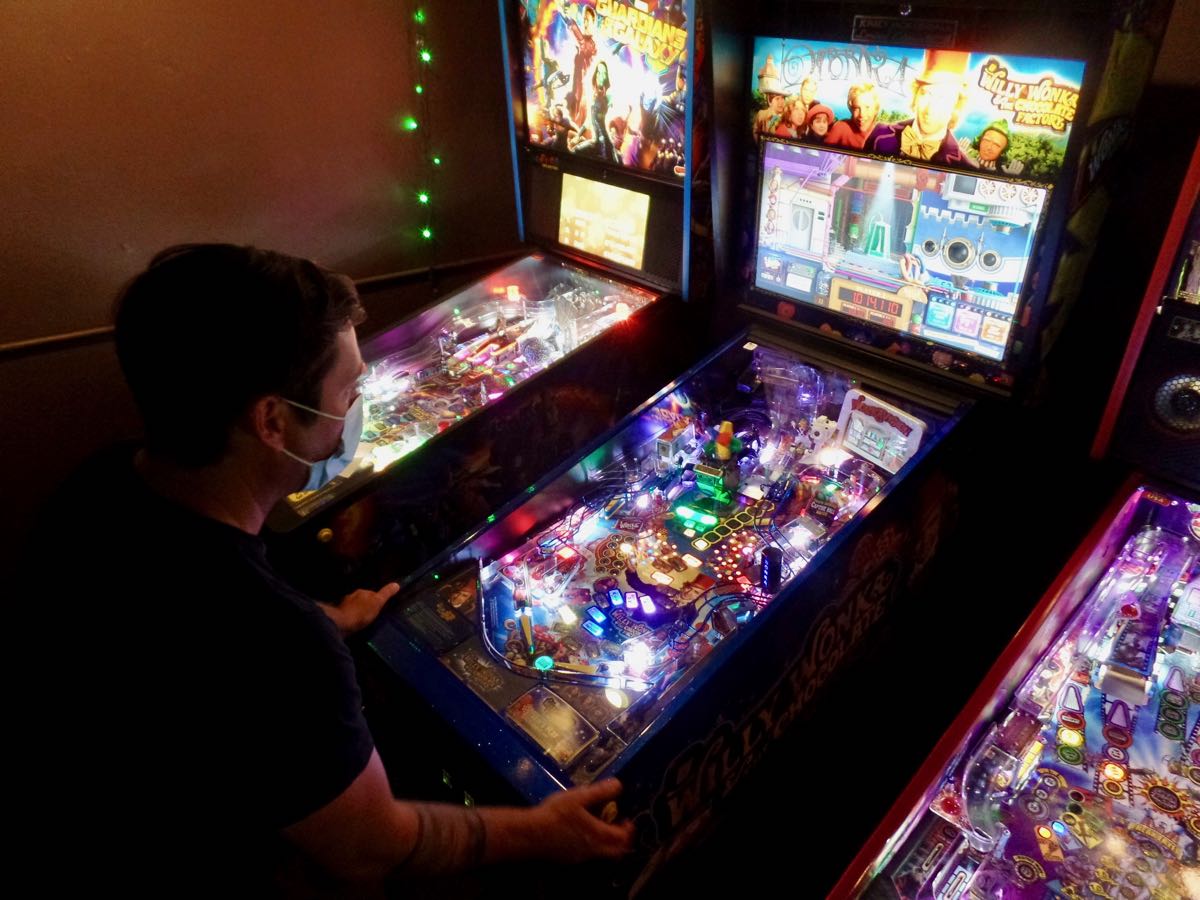 And now we get into pictures from the first league night. Here a game of Willie Wonka goes really well for a player who's not me. Seriously a million points is usually what I wish I could get on this game and he's got it ball one. 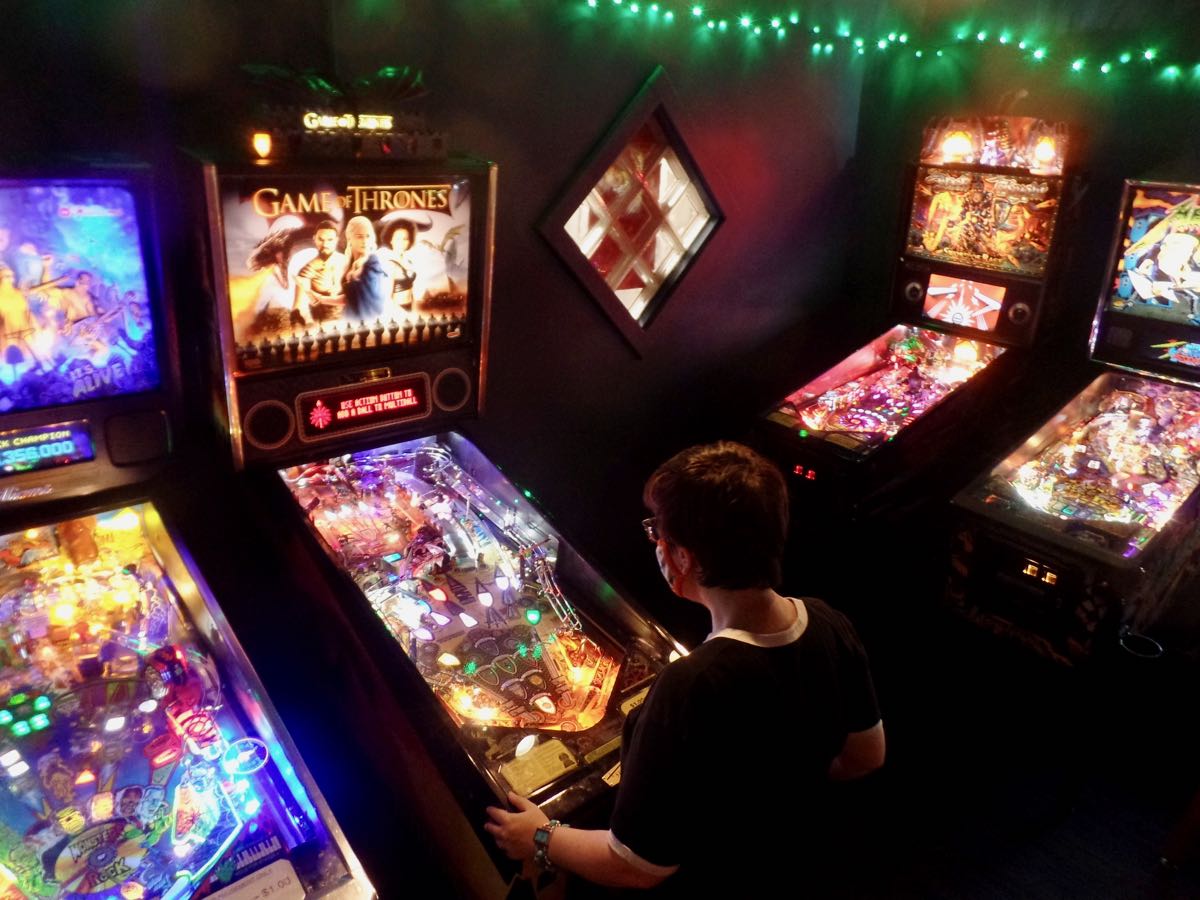 bunny_hugger showing how to play Game of Thrones, a game I am appallingly bad at. Also check the perpendicular lines of games, a new arrangement since the pandemic that lets them crowd a couple more tables in without overloading the power system. 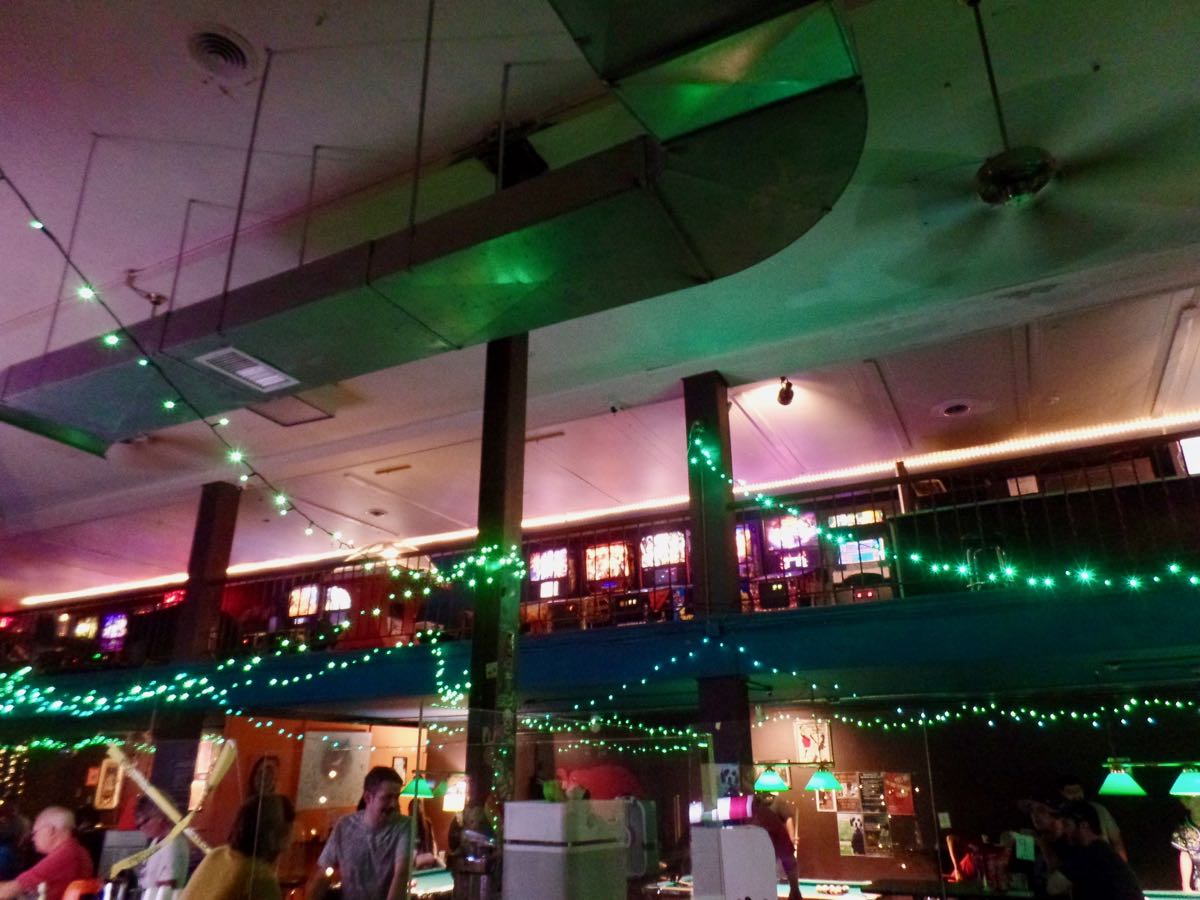 Looking from the alcove up to the balcony; all those glowing rectangles up there, beyond the green lights? Pinball machines, all of them, except for one Quiz And Dragons. 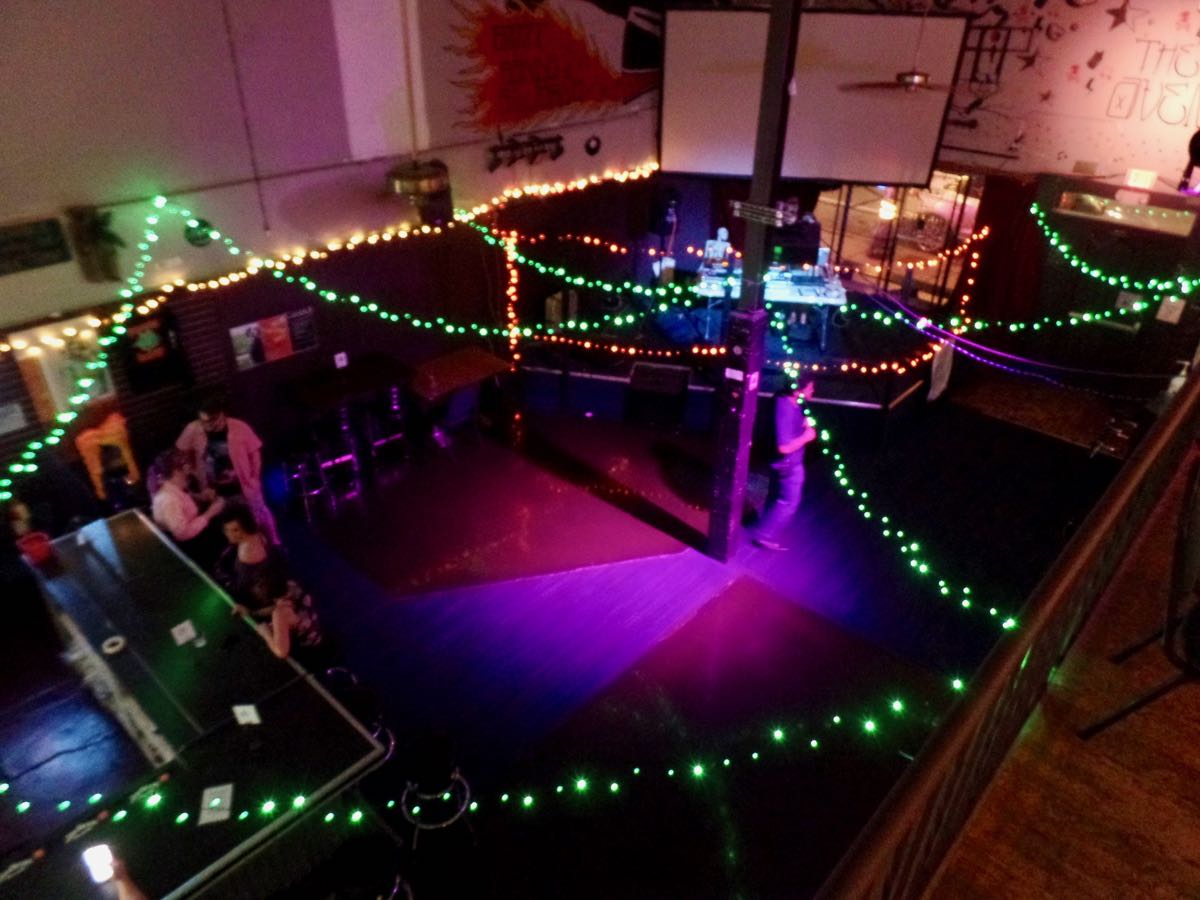 They had a live DJ, but the dancing was sparse.

Trivia: John D Rockefeller Junior boasted that the building of Rockefeller Center never lost a day to a strike. In fact an elevator operator's strike in 1932 delayed the start of the British Empire Building; a sheet-metal workers strike several months later came close to shutting down construction; and in 1938 electrical workers walked out, setting up a picket line other unions respected. Source: Great Fortune: The Epic of Rockefeller Center, David Okrent. (Still, for such a big project, and in the 30s, that's considerable labor peace.)

Currently Reading: Lost Popeye, Volume 10: Wimpy's Tadpole Tablets, Tom Sims, Bela Zaboly. Editor Stephanie Noelle. They eventually drift away from the mermaid stuff, leaving it unresolved, which is about usual. Wimpy's formula never works on growing legs for mermaids, although must admit he has some successes and he does get some mermaid volunteers, so I guess that's all right for him. The story really feels like vamping while trying to figure out a big new story, which is fair enough since ``King Neptune calls on Popeye's help to save the oceans from destruction at Davy Jones's Hands'' is a tough act to follow.