Not a word of it

It's nothing personal, they tell me. Just the ongoing reevaluation of what the company's needs are and how they're using the people they have. They're simply letting me go, though not suggesting to where. And, even reevaluating things with hindsight, I don't see any hints that this was coming. There was a point where they asked me to reduce the number of people I sent my weekly reports to, but those weekly reports had accumulated a bunch of recipients including the former owner who I don't even know for sure is there anymore. Cutting that down to people who ever responded (uniformly, ``this was great work and we're impressed'') made sense.

I'm to get ten weeks' severance, plus the time off I hadn't yet taken, which is my full five weeks plus whatever sick time I had. And, having spent two solid weeks trying to set up the work laptop, it's now time to send the laptop back.

Really, really glad I just blew all that money on a new car two weeks ago.

And, yes, I'm thankful to you for your emotional support here. I'm just stunned into silence. 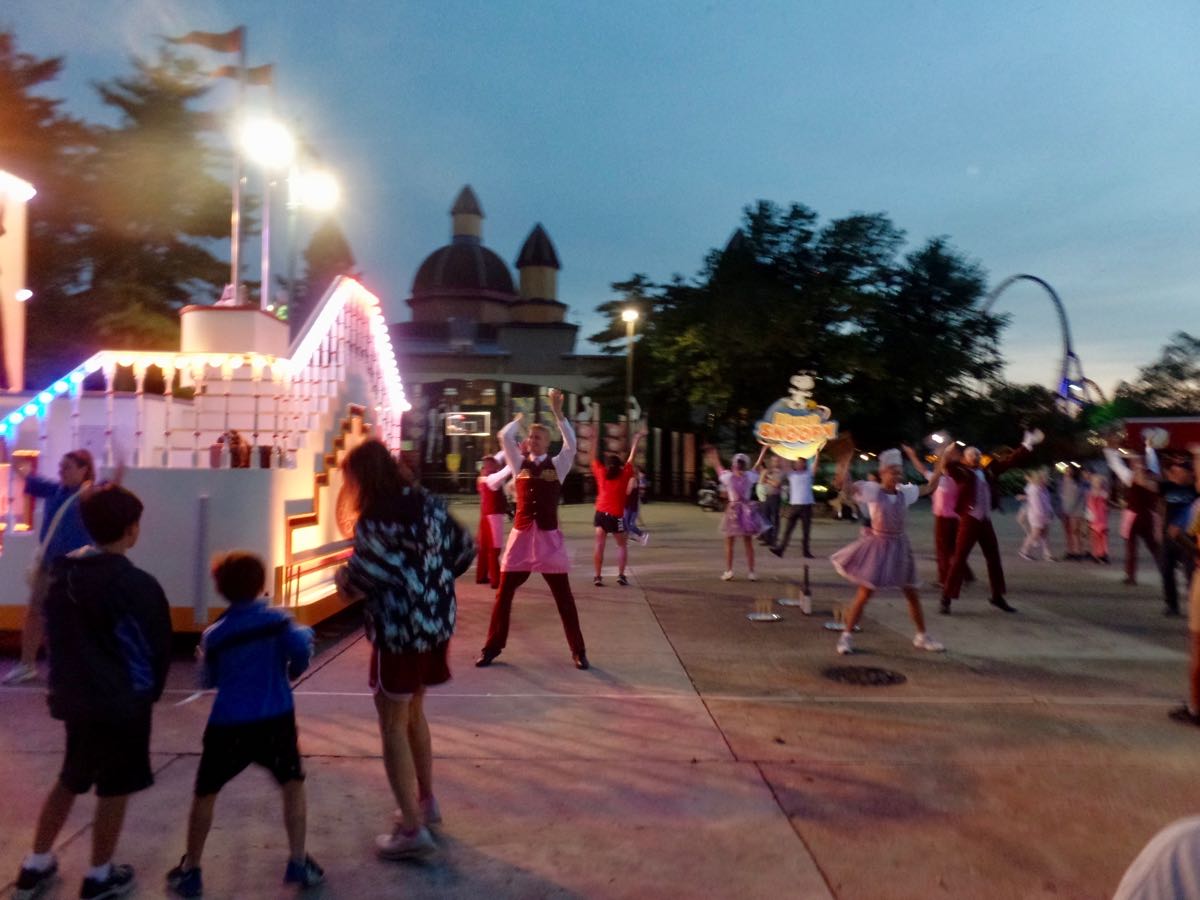 The parade's first stop (so far as we know), behind the Coliseum (in the background). We're near the Hotel Breakers float and you can see 'staff' dressed up and dancing in front of it. 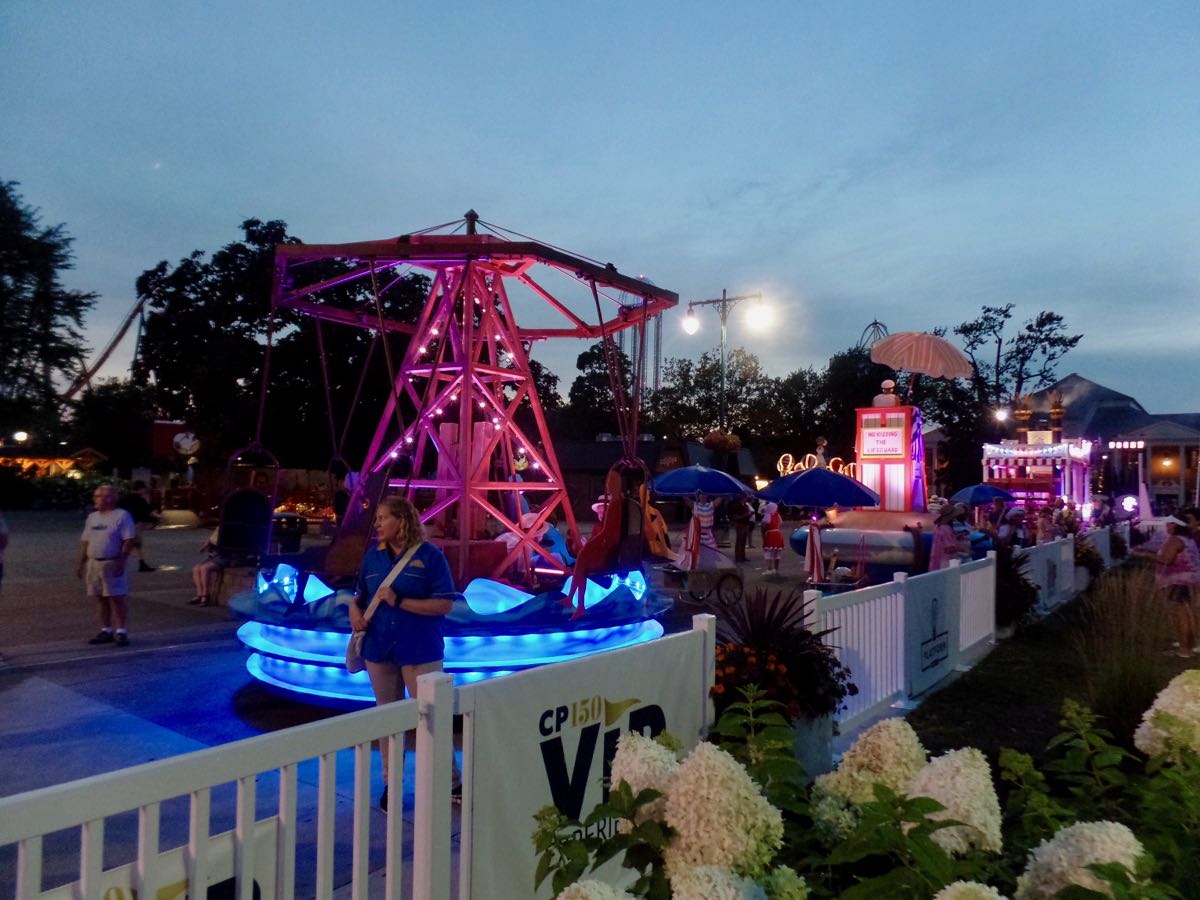 The water swing float, representing an early-20th-century ride hat was actually in the water, swinging you around until you fell off. Note the lifeguard float ahead of it, in the distance. 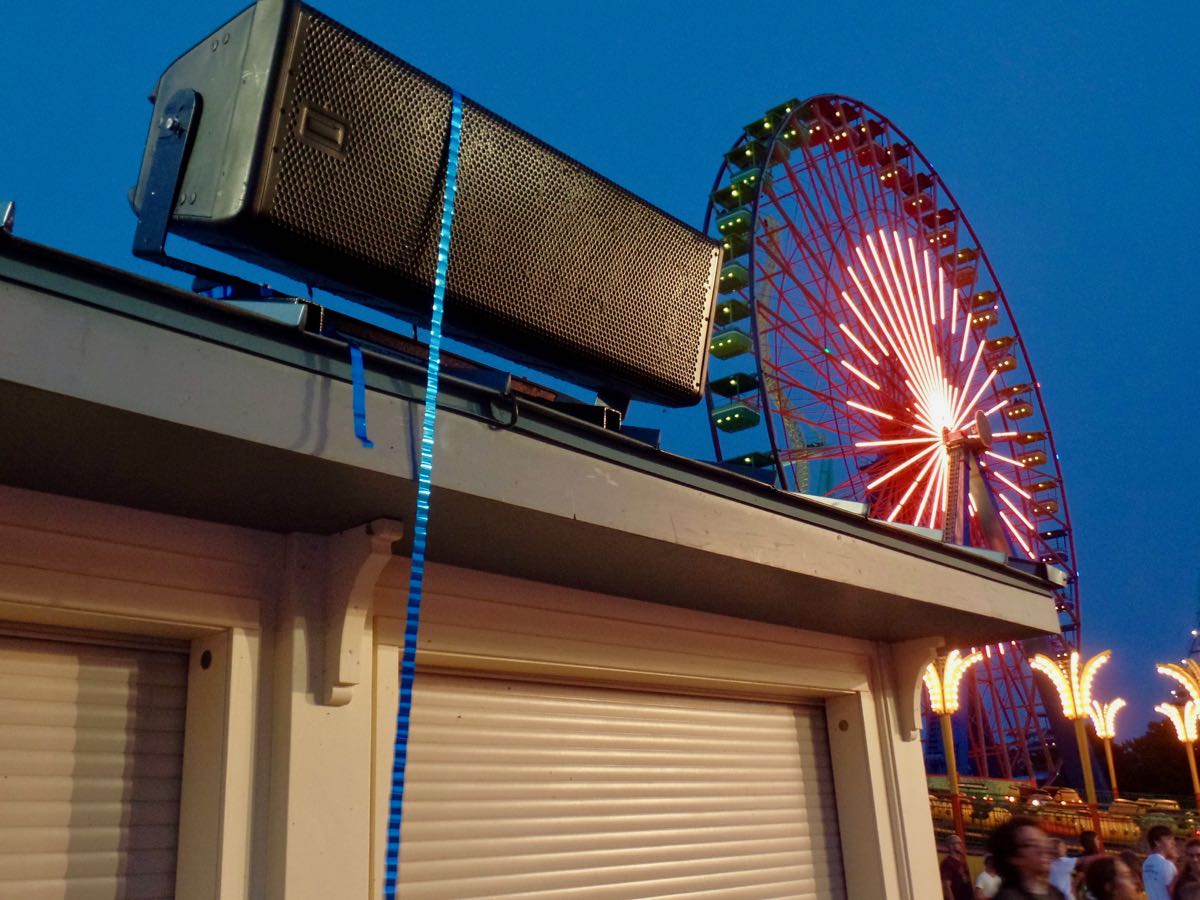 Confetti launched hard enough to land on some of the park's speakers. 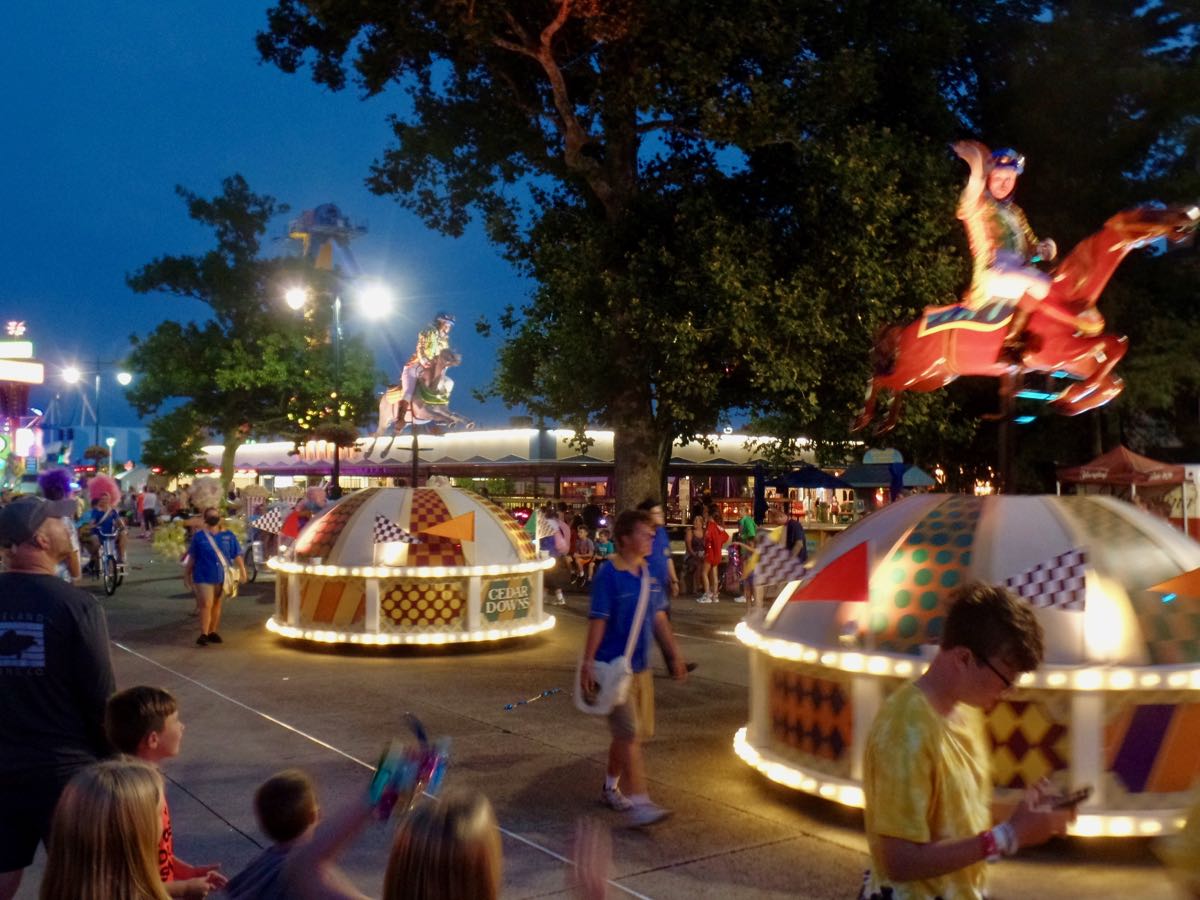 The two Cedar Downs floats, with replica horses for the racing carousel. 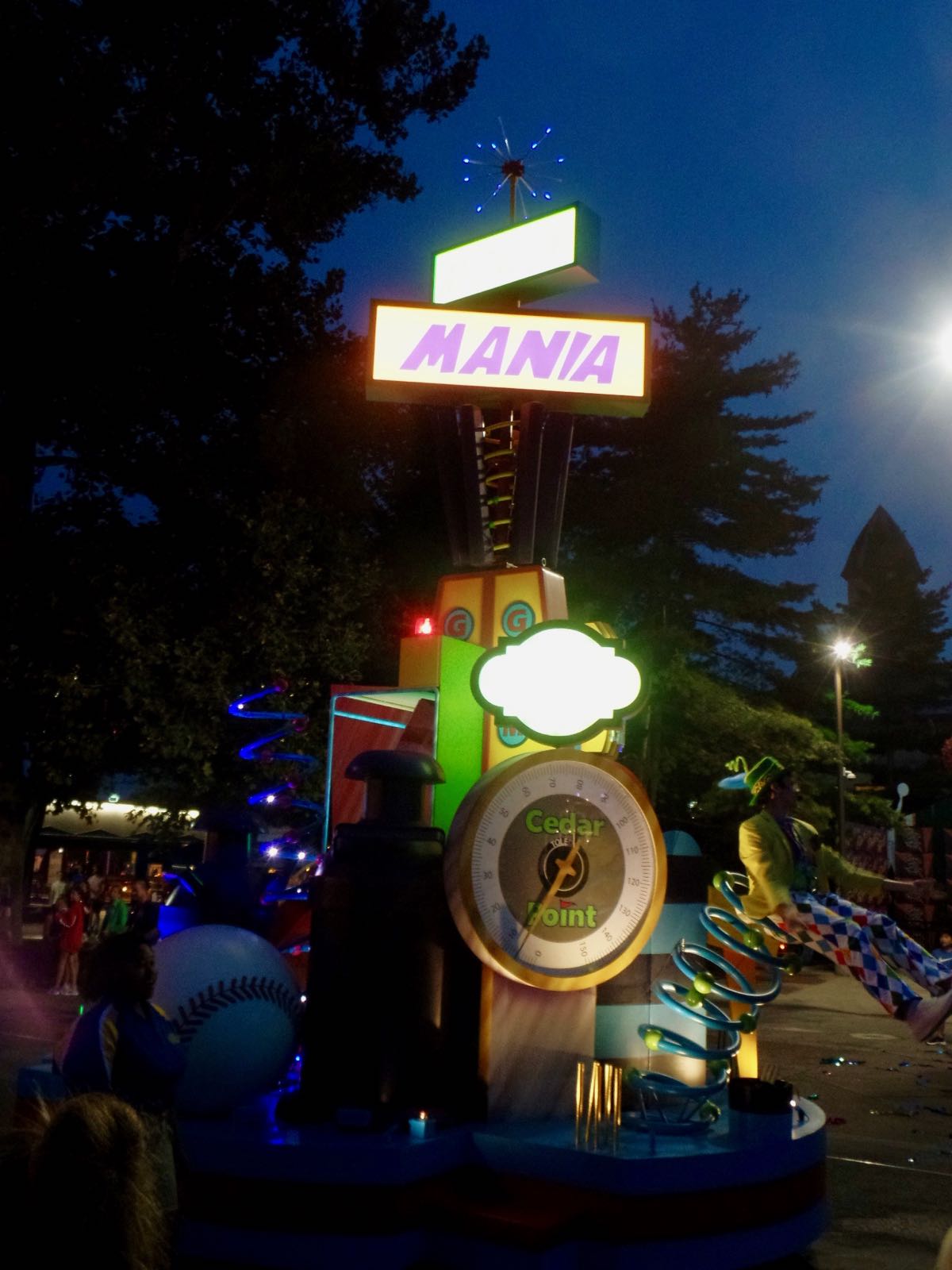 Midway Mania, celebrating the various midway attractions such as the guess-your-weight booth or tossing baseballs at cans and absolutely not a Black man poking his head through the wall, why would any amusement park have ever offered that, that's sick. (I do not know that Cedar Point ever had that version of a tossing-baseballs game. I am making a nasty joke about a nasty, nasty piece of amusement park history without verifying that it is relevant to my target. I don't care.) 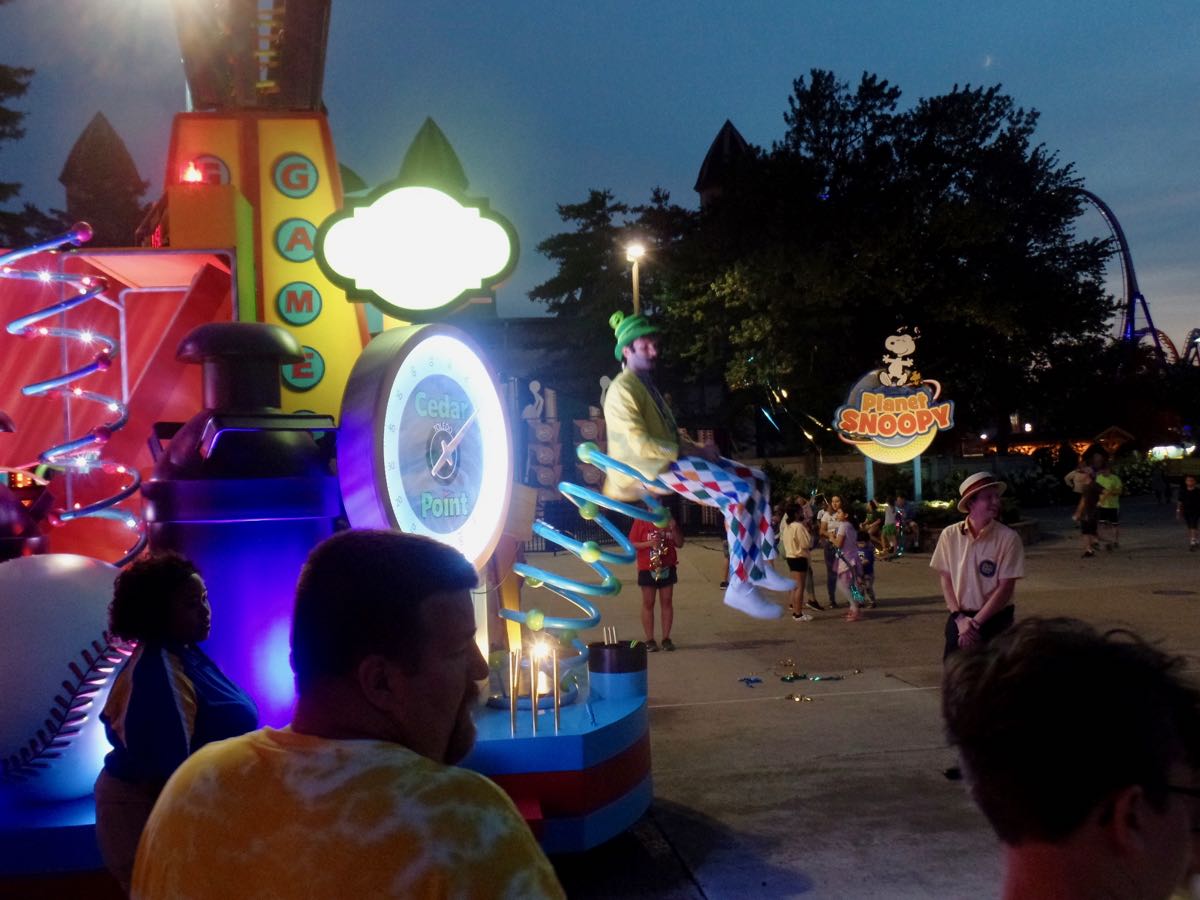 And here we get some focus on the famous midway game where you ride a giant spring, always a favorite.

Trivia: In the early stages of World War II United States radio station discontinued the use of audience requests for particular songs to play, on the theory selection titles might contain enemy codes. Source: The Mighty Music Box: The Voice on the Air, Thomas A DeLong.