There. I did a thing about them taking my job away from me. On my mathematics blog I asked Do You Know a Friend Who Needs a Mathematician? I know nobody needs me for whatever I do on my humor blog, not anyone who'll pay anything. Also I got cranky at my father, who called, trying to console me and trying to offer advice about getting my dead car's title out of New Jersey. But he did sense that and stopped pushing with advice.

Also Copart sent a flurry of e-mails, one of which suggested I was at the start of this title thing all over again. But a later phone call, one after I growled at my dad, said they had gotten the go-ahead to get the title from New Jersey themselves, and they were sending a packet with the forms I need to fill out and send them so I can stop dealing with all this. I would so like to believe them, but I can't, because, you know. All of this.

Here, look at the parade more. 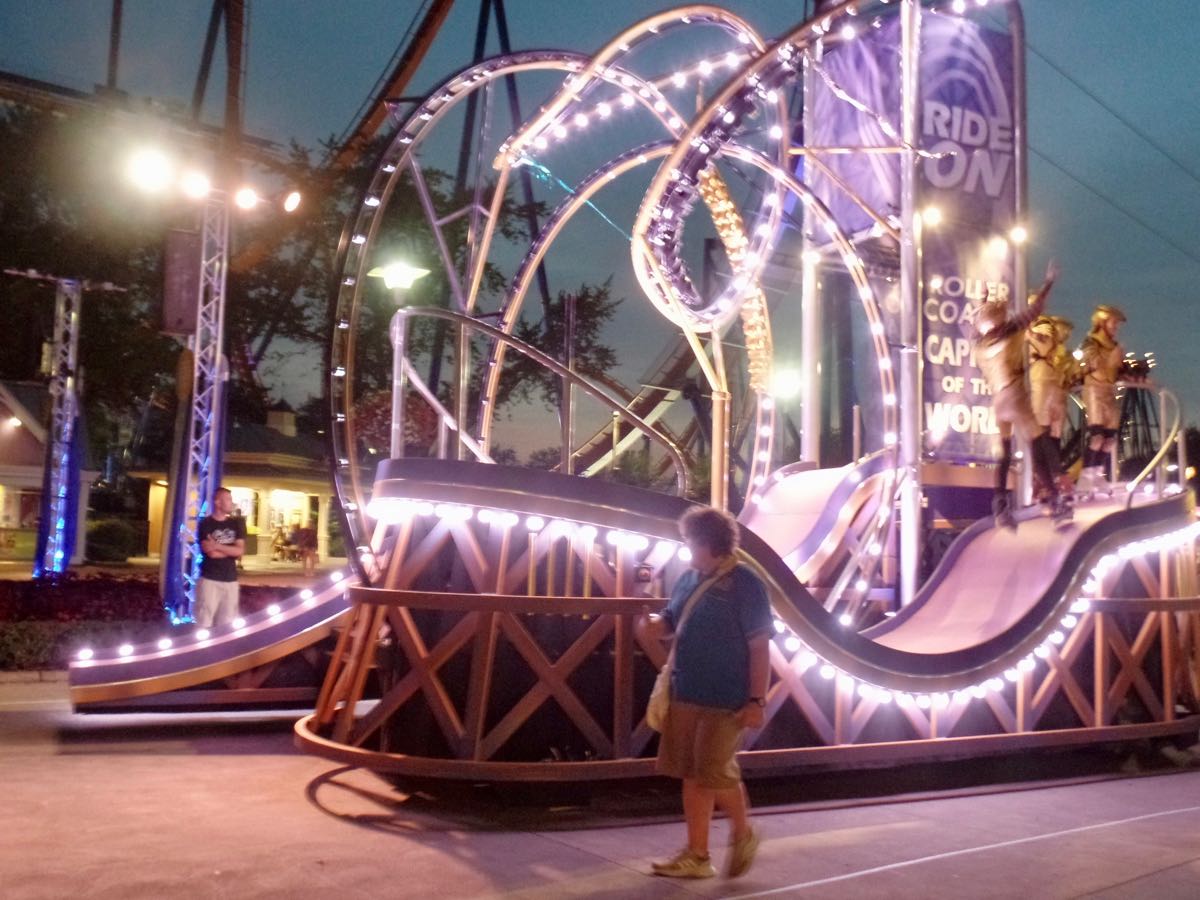 Here we've run through the Snoopy Boutique to get to the next parade stop and ... ended up in the same spot, relative the parade. At least here's a better-lit view of the Roller Coast float. 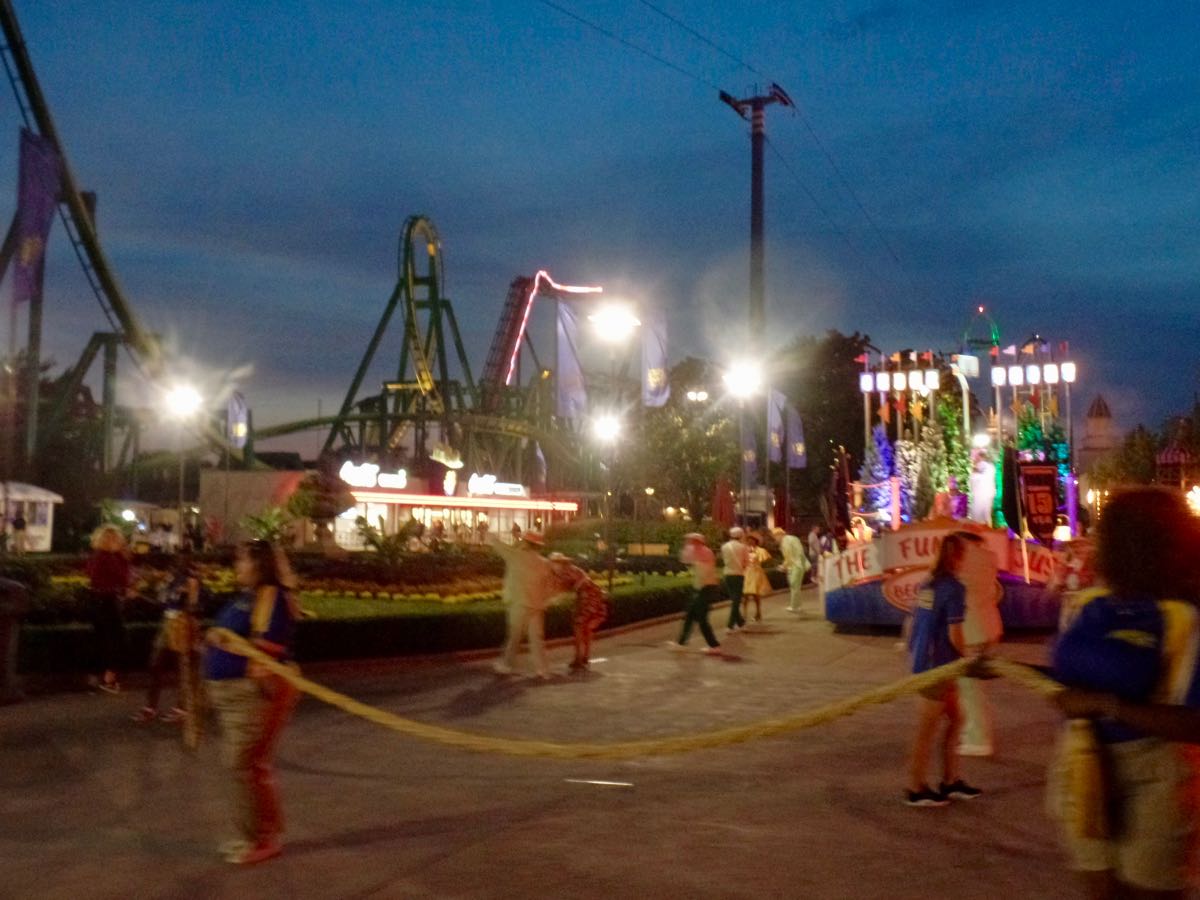 Jumping ahead to the third parade stop. Here's park attendants using a rope to clear people out of the parade path. 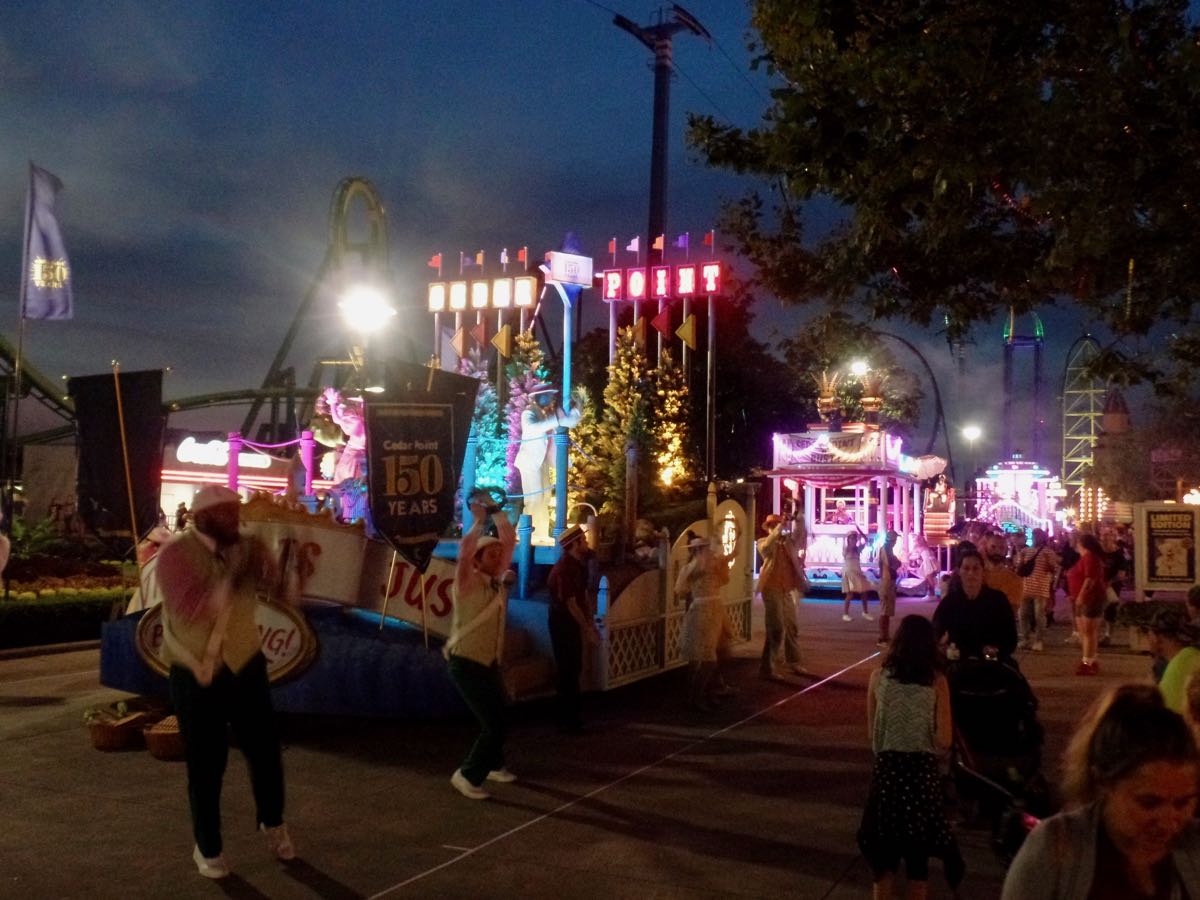 And here's finally a decent view of the lead float, with the 60s-80s Cedar Point entry sign. 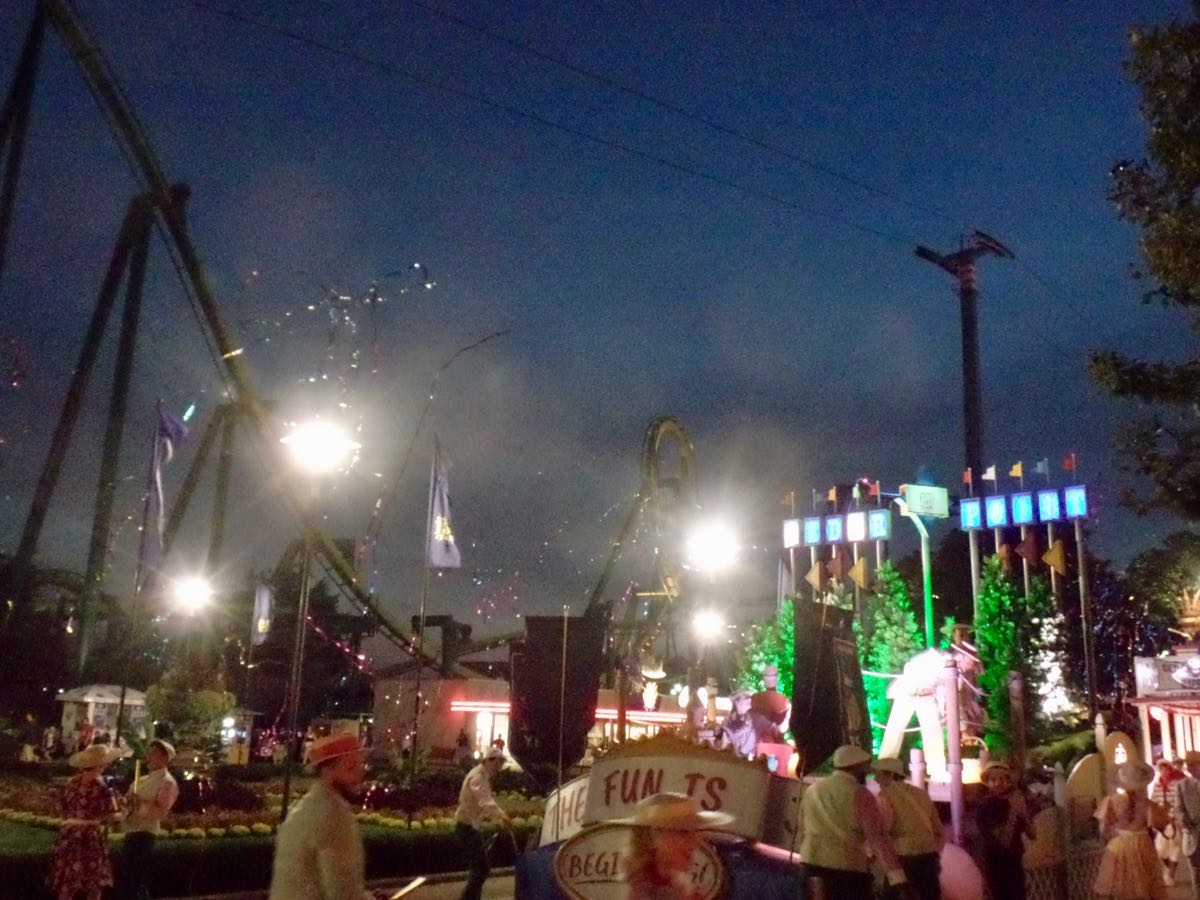 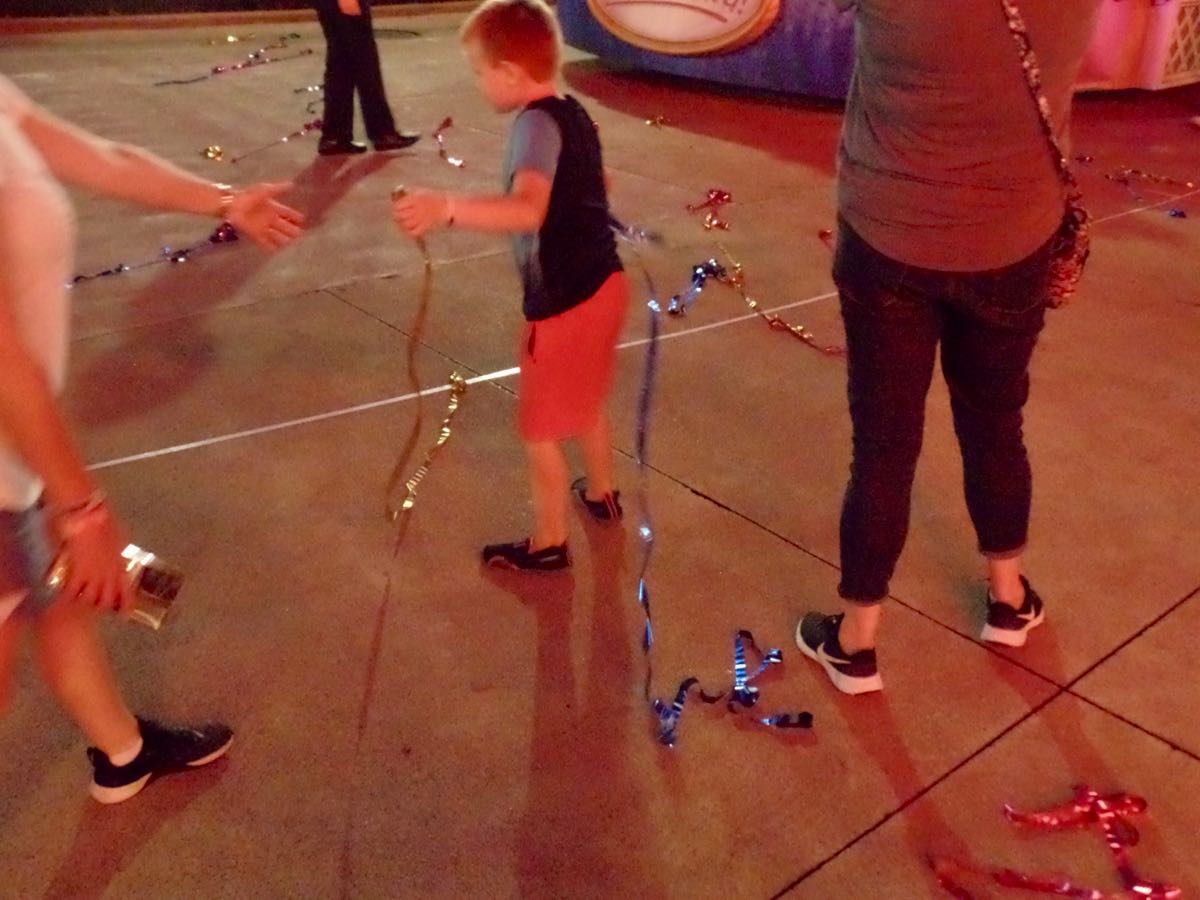 A kid is one of the many people running around grabbing the blue and gold ribbons. 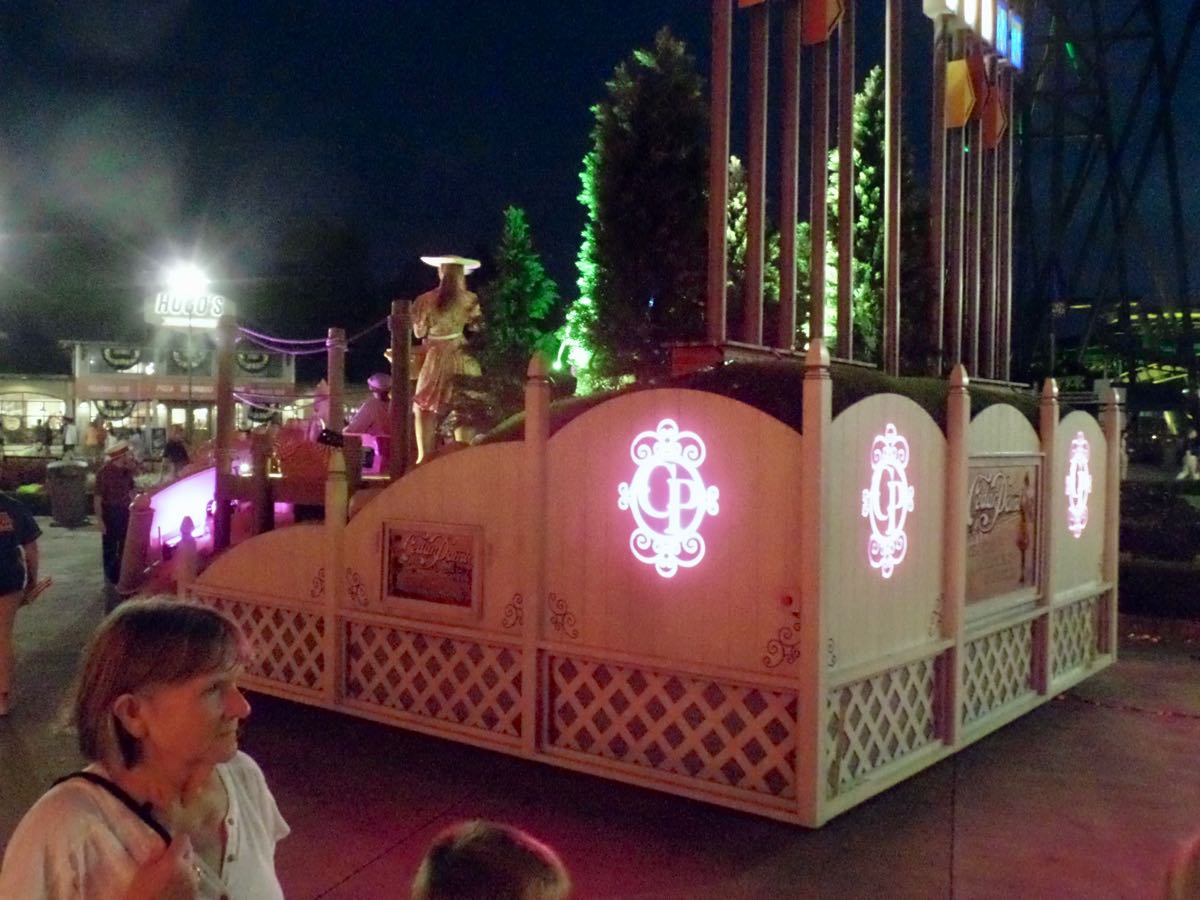 A look at the back of the Cedar Point entrance float. The pictures are replicas of old billboards, some of which are reproduced leading up to the Hotel Breakers these days too.

Trivia: In January 1935 Rhode Island Lieutenant Governor Robert E Quinn, presiding over the state senate, refused to seat two Republican senators representing Portsmouth and South Kingston until a full recount of the cities could be completed. As this left the Senate divided 20-20, Quinn cast the tie-breaking vote to have the recount, which seated two Democrats in the state Senate. They, with the Democrat-controlled House, then removed (as the state constitution allowed) the all-Republican State Supreme Court and replaced them with Democrat judges, leaving the Republican party no effective means of appealing the action. Source: Rhode Island: A History, William G McLoughlin. Wow, imagine if Democrats ever wanted to game a system and accomplish something these days.