Especially if you and me see it in together

Wasn't a really motivated week for my mathematics blog. Here's recent stuff from it.

So that's where I am. Here's where I was back the 11th of August, watching a celebration that really left me feeling like the world would be okay. 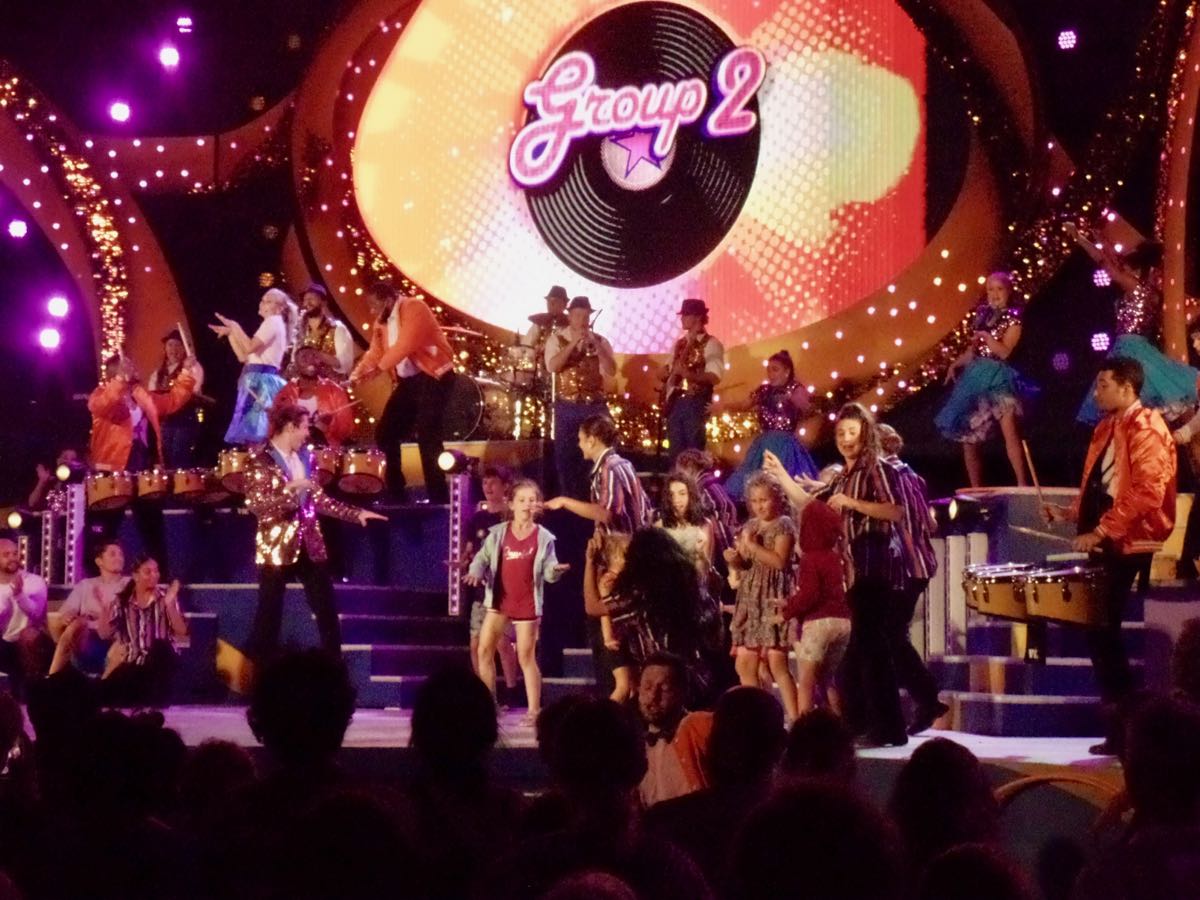 As the music got to the 60s they had two groups on stage to see which of two groups did the Twist better. It was a fun contrast because on the one paw, the Olds actually had some idea what the twist even was, but the Youth were the only ones with the flexibility or energy or knee strength to do it. 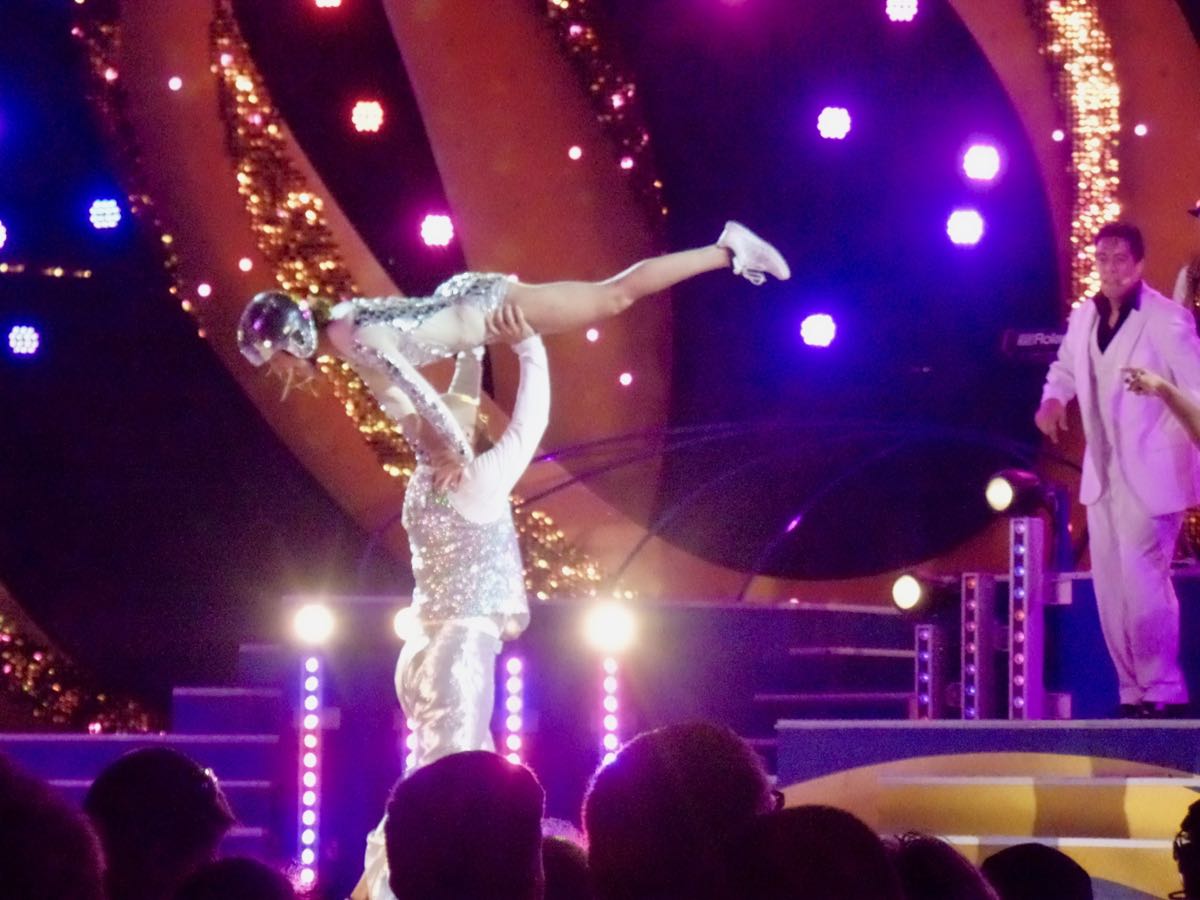 And now we're getting into the disco era ... 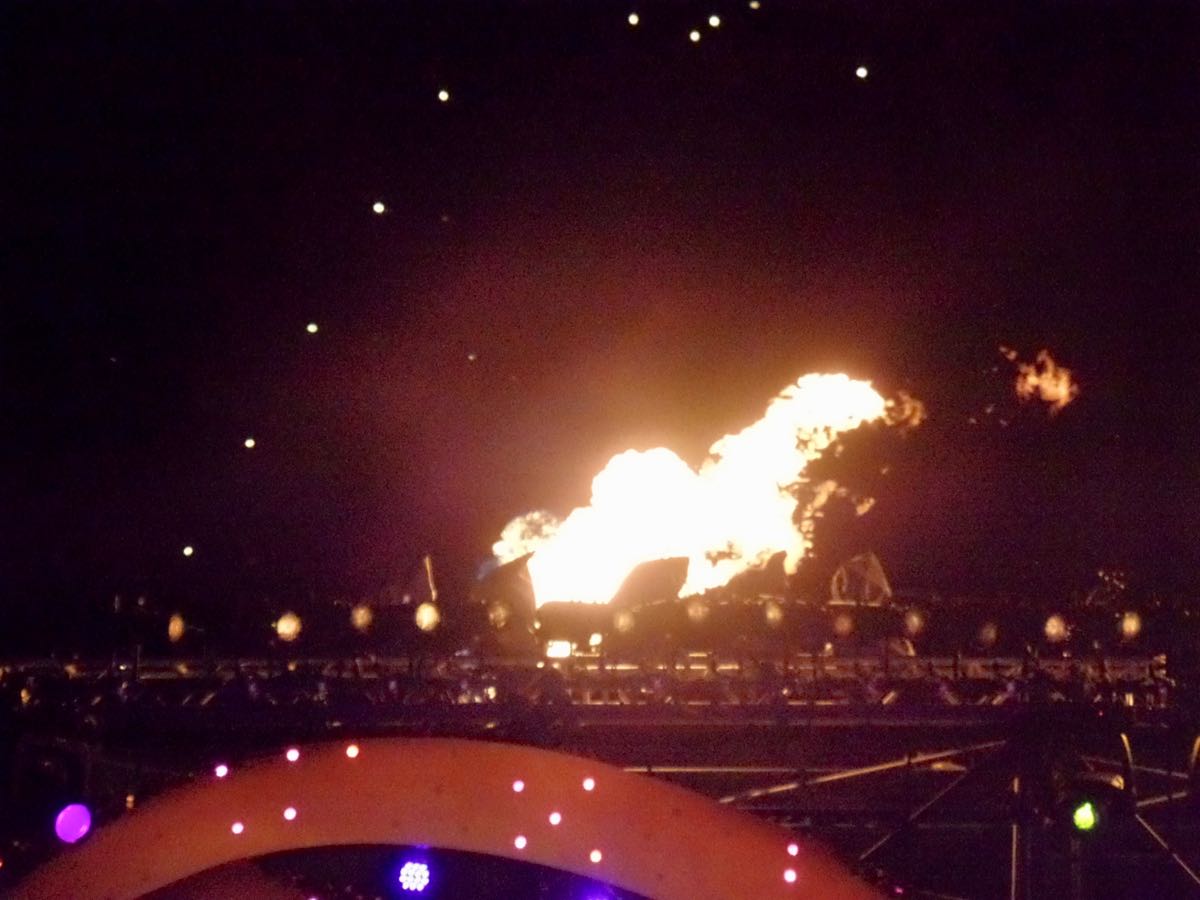 ... as you can see by the flamethrowers above the stage. 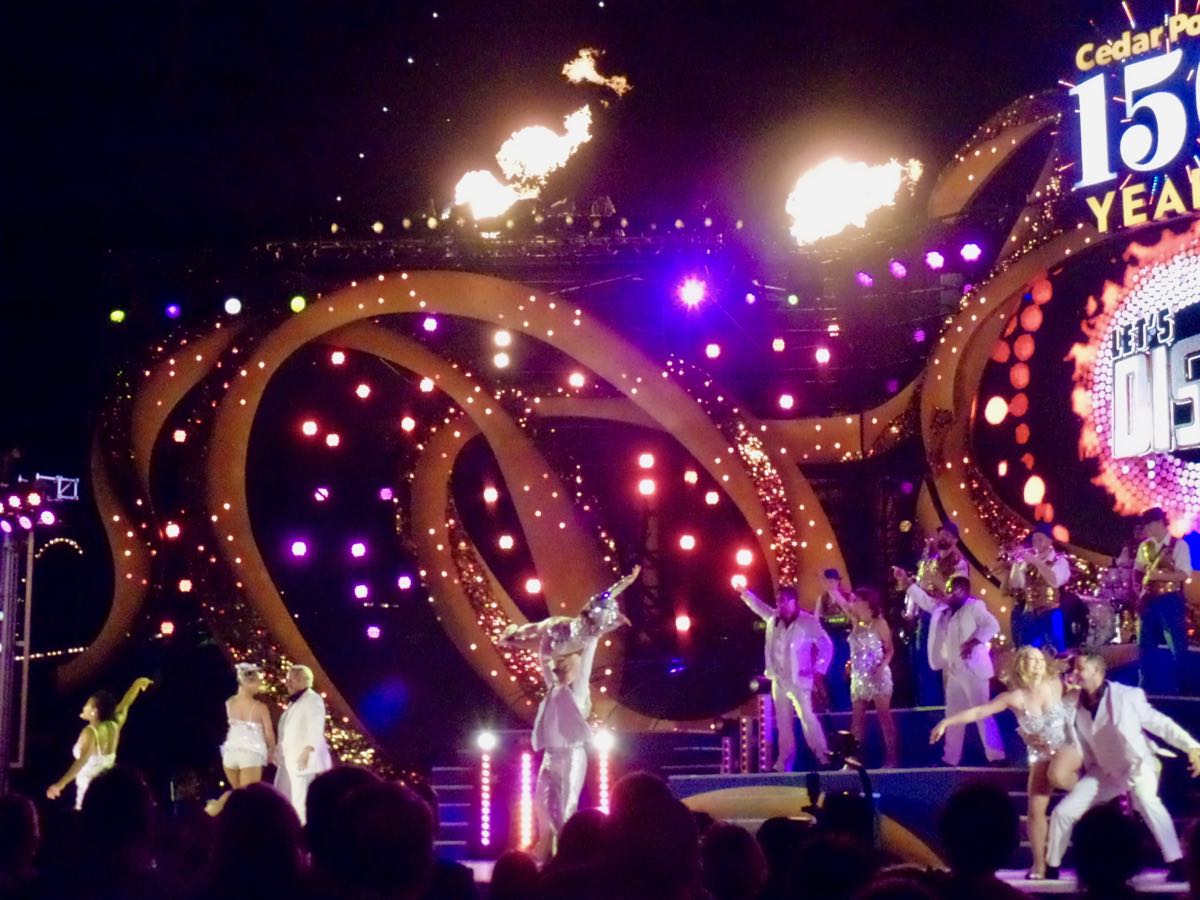 Anyway, yes, disco, with its essential elements of twirling your partner and throwing fire out the rafters. 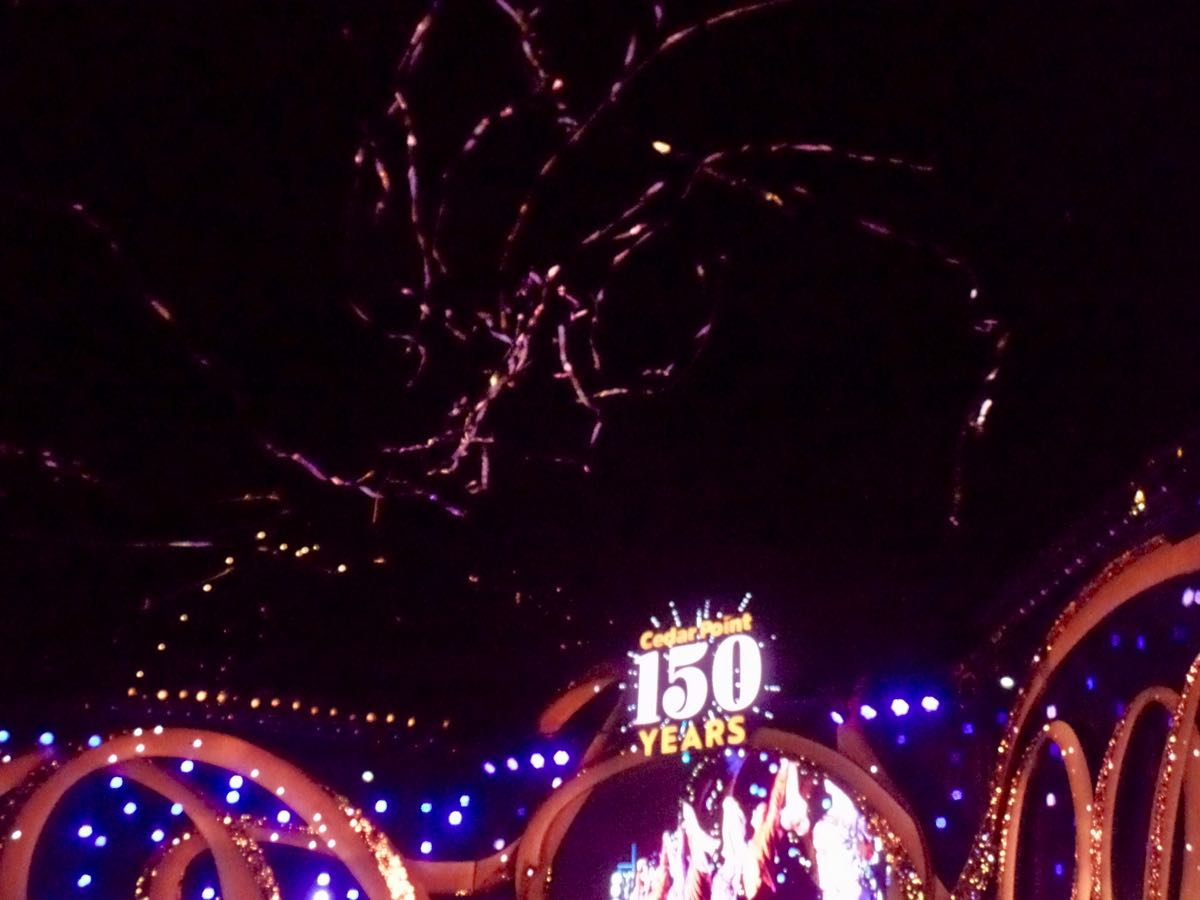 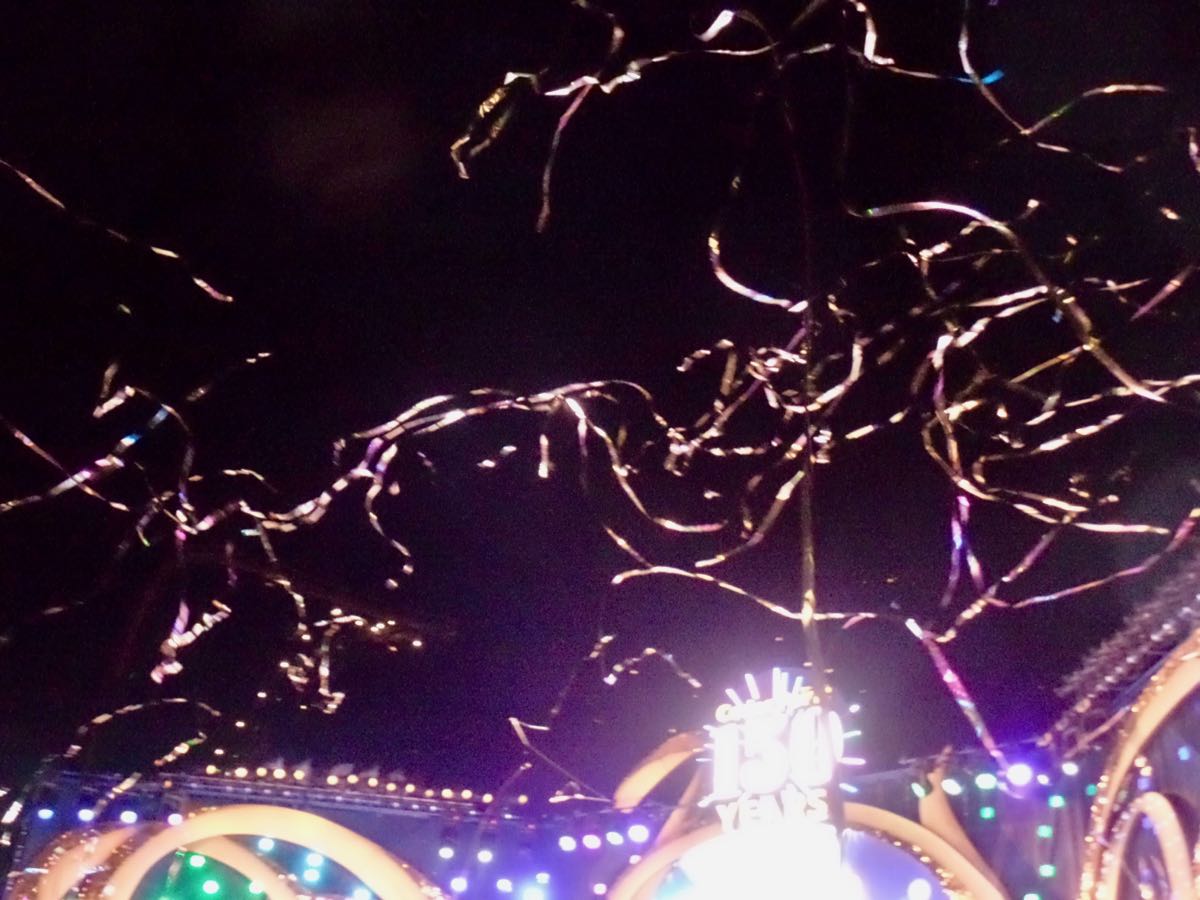 More plastic ribbons! AND THEY'RE COMING FOR US! 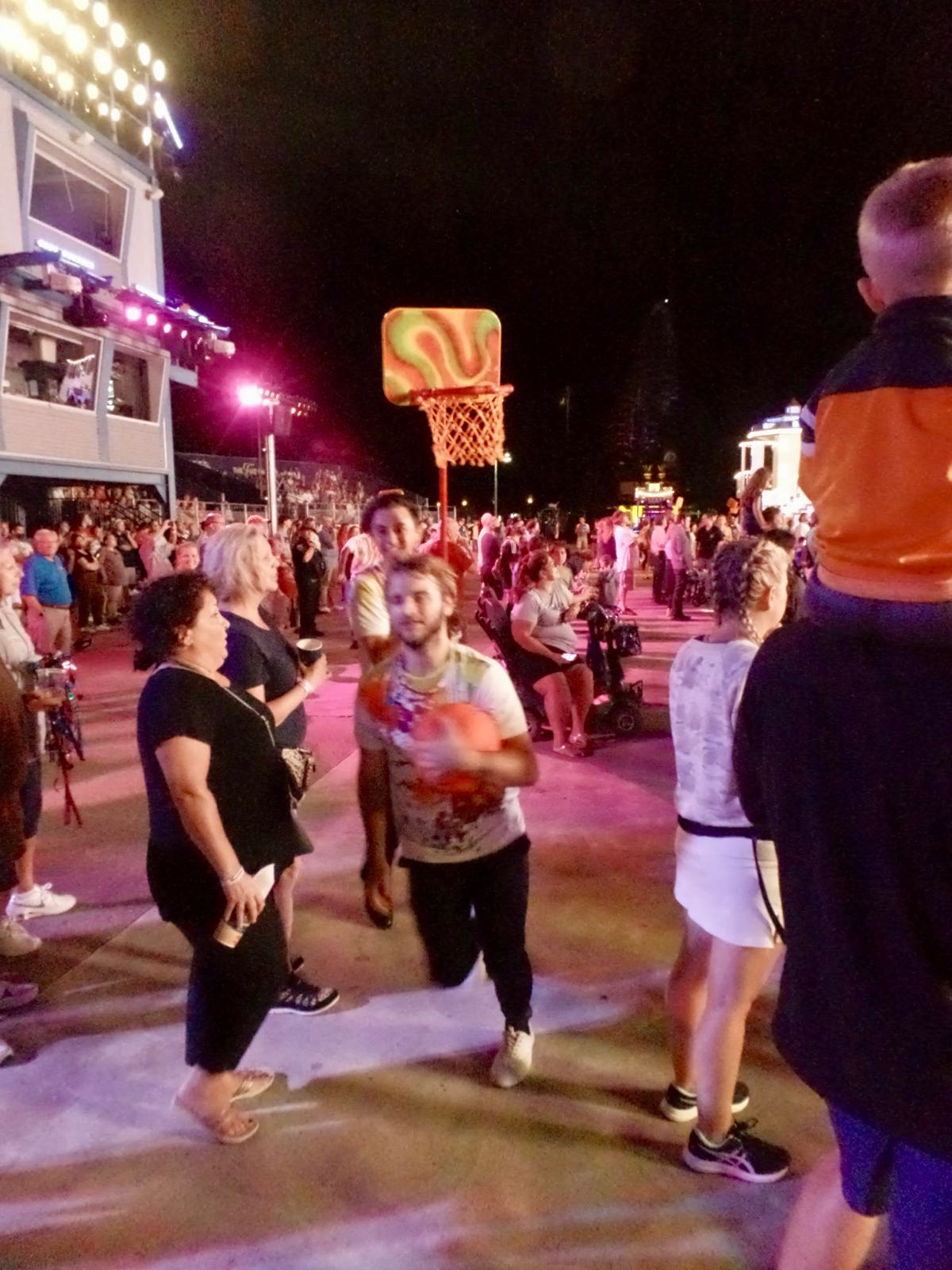 As the show celebrated redemption games some folks wearing basketball-hoop harnesses moved out in the crowd, trying to see who in the audience could toss a (foam?) basketball in. I saw, I believe, one person manage it, even with the hoop-wielder trying to get under the basketballs. 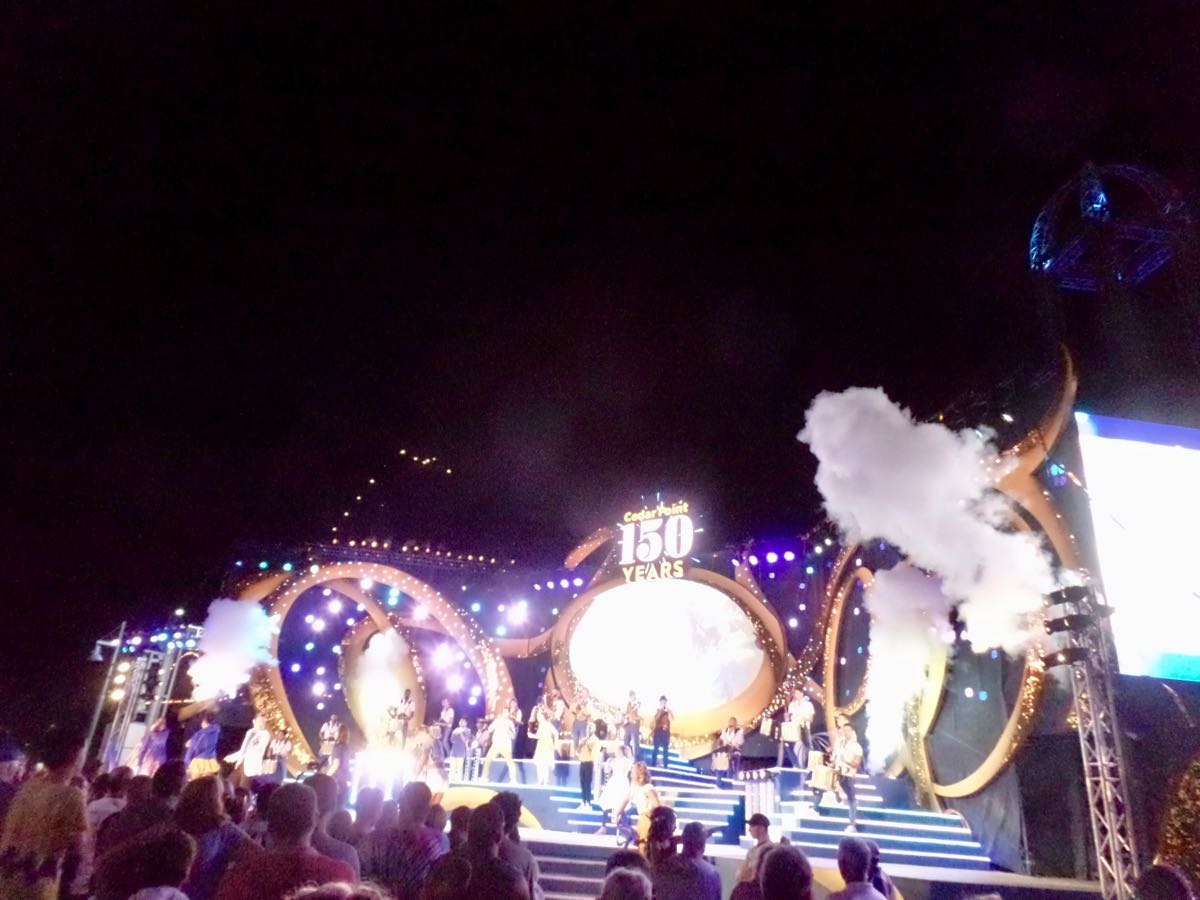 And now the celebration turns to steam! 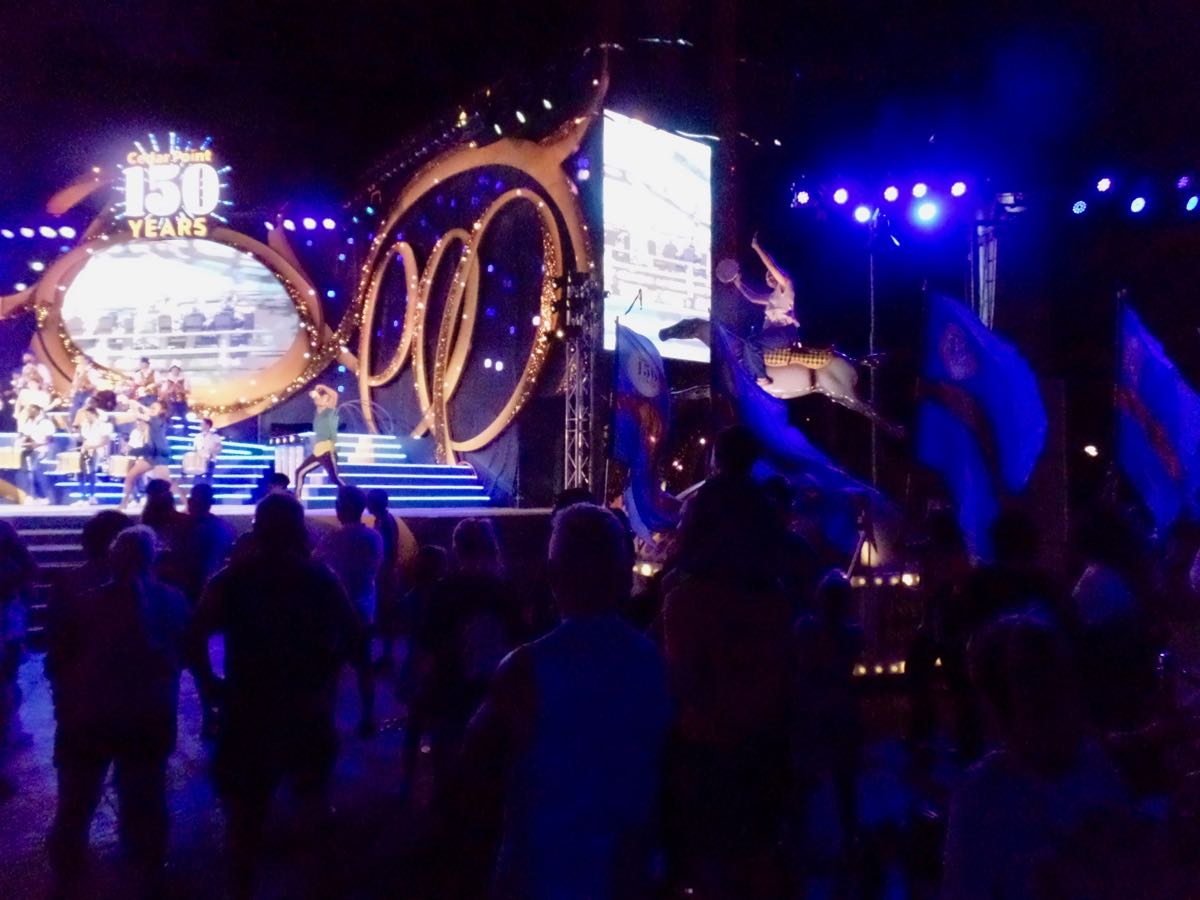 More dancing and general merriment, including with the riders back on the Cedar Downs float horses.

Trivia: The tea estates in what is now Bangladesh represented about 7 percent of total India tea production at the time of partition. Source: Tea: Addiction, Exploitation, and Empire, Roy Moxham.