Walter, remember when the world was young

I think that's cleared out most of September. The last weekend, my birthday, had our longest day too. For it we went to Cedar Point. The competition was spending a day playing qualifying games for the league at Fremont --- the pinball venue I think most likely Covid-safe by the way --- but we didn't have time for both and I didn't feel up to competitive pinball. But Cedar Point, first, would be almost all outdoors. And it felt like the best way to recover from the devastation of my car's loss. So on a day promising to be warm and sunny and not in the slightest bit rainy we set out, in my car.

We got going a little earlier than normal, since the park closed at 8 and we would have to get home around midnight for

bunny_hugger to get enough sleep for classes Monday. And the time would be useful anyway because we had to divert off US 23 south, around Saline, Michigan. The whole highway was closed and we had to divert a couple miles through the town, which was cute and didn't take us much time. And then we wondered if we'd have to take a similar detour on the way back.

We would, it turns out. And, we would have a much worse detour on the way back. The detour heading south took us to the west of the highway, into Saline and back to the US route again. Going north? We were directed to the east, which seemed, all right. But the expected turn north again? And back to the open parts of the highway? They never seemed to come. Reassurance signs that I was still on the correct route were few, and sparse. For a long stretch I was only confident I was going somewhere because there was a truck ahead of me. If I could have reached into my glove compartment and grabbed my satellite navigator I would have.

bunny_hugger was asleep and I didn't want to rouse her. (I had forgotten the neck pillow that helps

bunny_hugger bear long drives better.) My navigator doesn't have detours and traffic data, but I figured if I just drove north a while it'd get me back on US 23 sometime or other.

bunny_hugger woke again and asked why we weren't anywhere we found detour signs, and directions to major roads. I-94, particularly, and a good bit east of Yspilanti. This detour added over an hour to our drive, and many miles, and while it was nice to get a bit less behind in our podcast backlog, boy, was that an unwelcome diversion. If we do go to Cedar Point in October we are going to have to map out ahead of time a detour around the Saline Construction Zone that makes a lick of sense instead.

But on the way down there, unsuspecting how bad getting back would be, we made our stop at the Speedway in Maumee. And I refrained from filling my gas. My Scion had been just barely able to go down and back on a single tank. The Prius should absolutely have been able to do this, even though I'd set out with a partially full tank. It felt weird and liberating and exciting to look at the Range Remaining indicator (another something new to me) and being able to feel I didn't need more. I did the same when we passed Maumee in the evening, travelling back, confident that I had enough mileage to get to Lansing without refilling. And were it not for the impossibly great diversion that hit us, we would have. The very modest ambition of day tripping to Cedar Point without refilling still eludes me.

Something else discovered about my car along the way, that I'll share before getting to any of the stuff we did at the park.

bunny_hugger wore contact lenses, as usual. She used the mirror in the sun visor to help set it in. When we got back, after sunset, we discovered the cabin light was on. It turns out that if the makeup mirror is slid open, and he sun visor down, then a light turns on automatically when it's dark. Close either and it switches off. Convenient, but, first, why does this happen when the key fob is nowhere near the car? (Although now that I think about it maybe

bunny_hugger's key was in her purse, in the trunk?) I was worried I'd need a jump, which could be a problem. I had transferred the jumper cables into my new car, that's not the issue. I'm just not sure which of the large square blocks in the engine actually is my batteries, although I suppose park security would be able to work that out.

But I had no trouble starting the car, and drove it for an hour before we got to the Speedway in Maumee, so any harm done to the (starter) battery was short-lived. And so I learned exciting new things about my exciting new car.

And now, in my photo roll, I'm up to the end of the day at Michigan's Adventure. Let's look at the last things we did in the park. 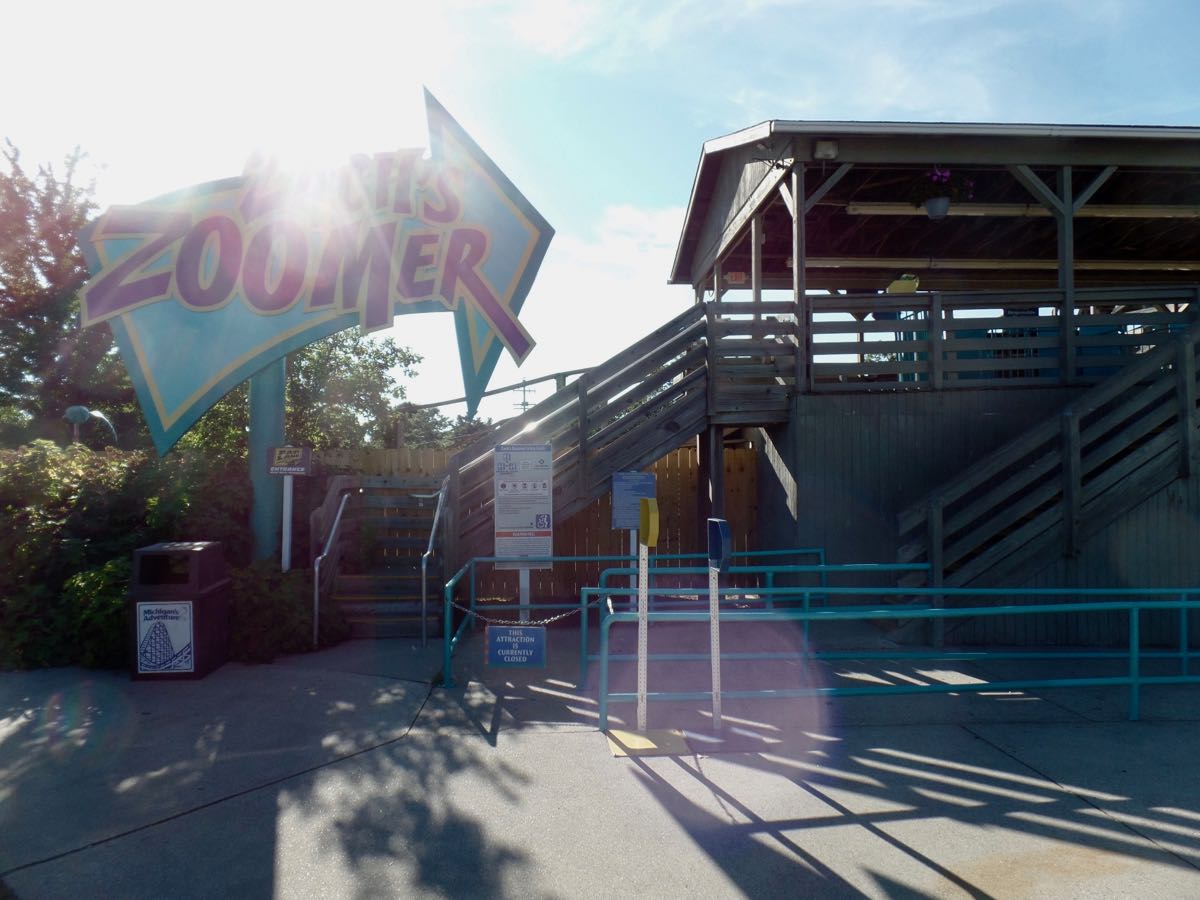 Zach's Zoomer in the evening light. And, sad to see, the gate closed for the day. 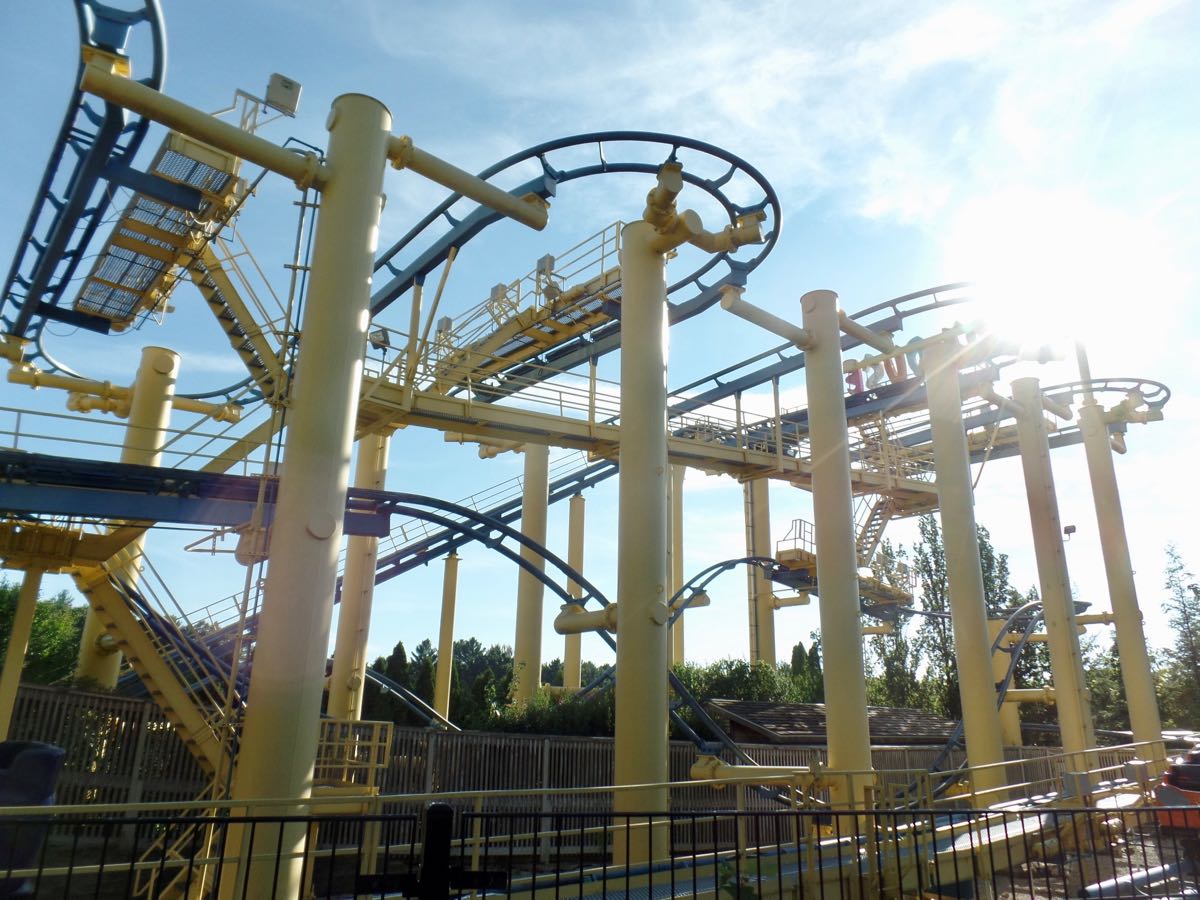 Mad Mouse, from our final ride, with not enough trains running on it. 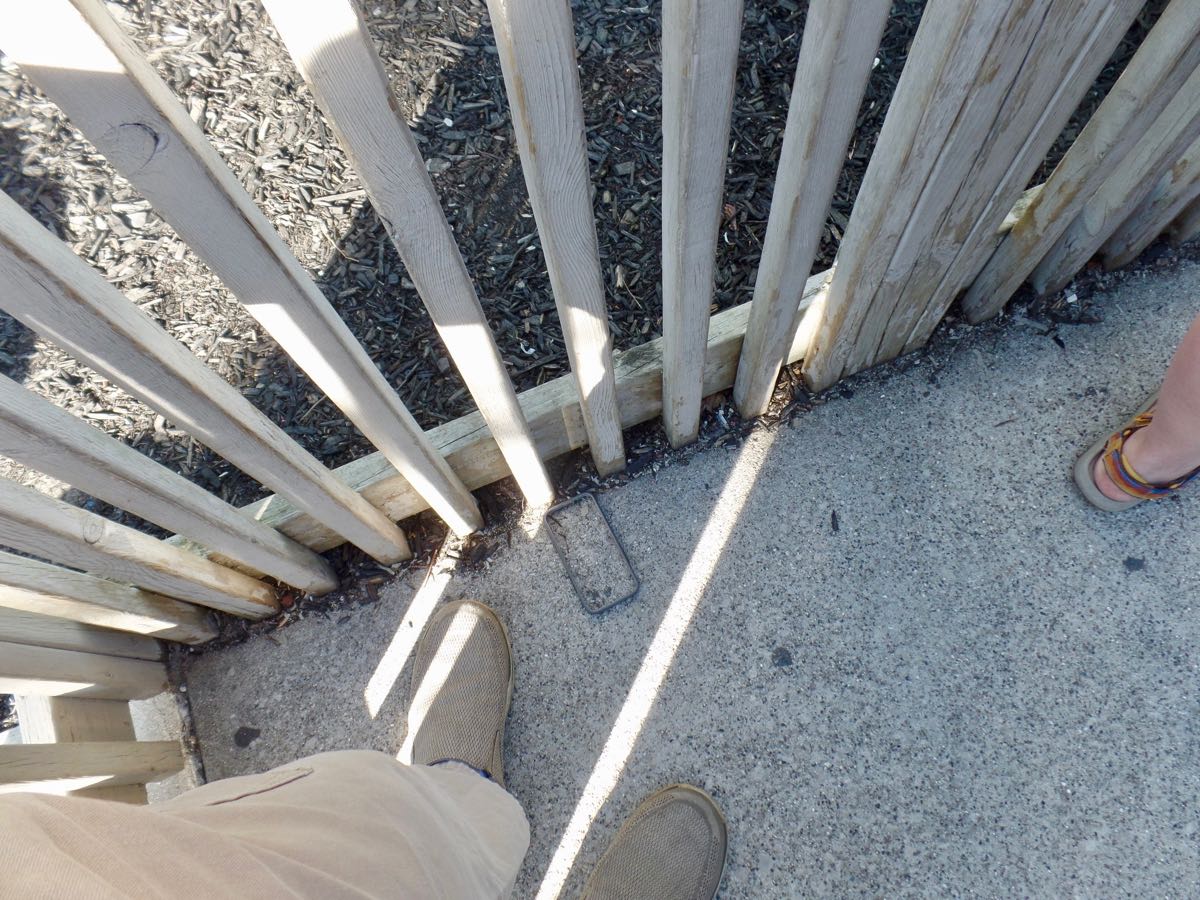 Someone left their phone's protective rubber case in the Mad Mouse queue because of the reasons. 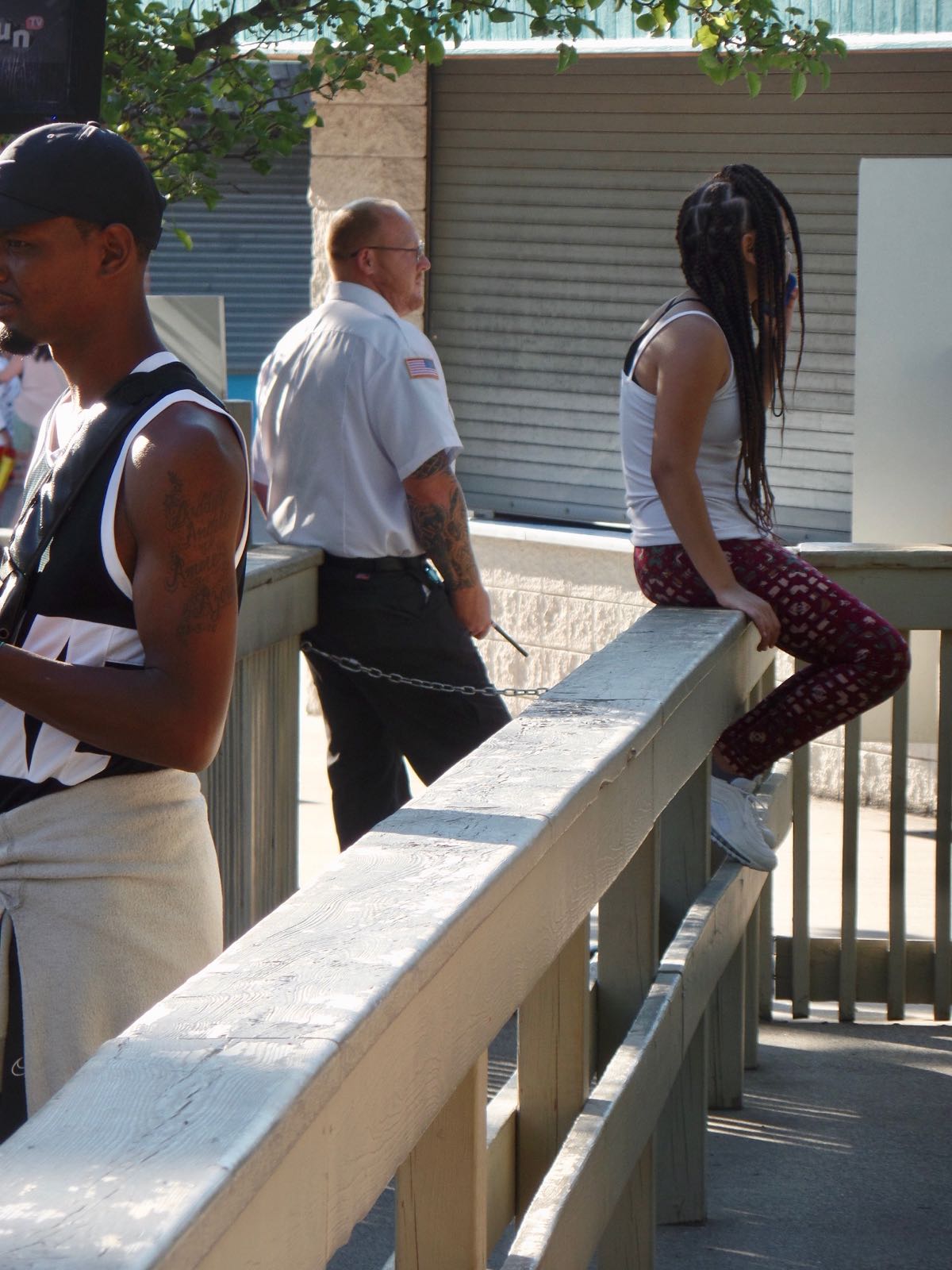 And there's the end of the season! They closed the queue and there's the last people who'll be able to ride Mad Mouse (besides staff). 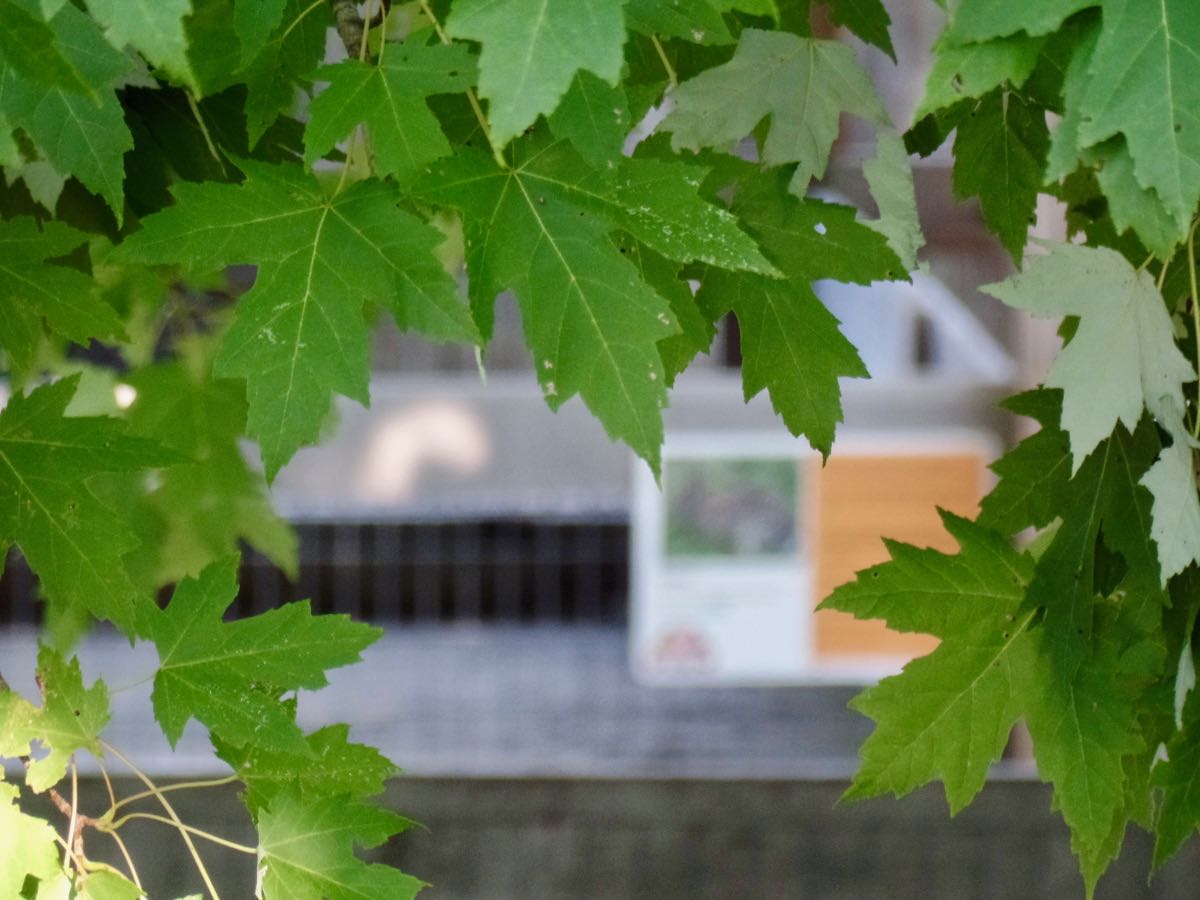 From the Mad Mouse gate you can see the petting zoo's location. There were no animals in the petting zoo this year and I don't know if that's a permanent thing or a Covid-19 thing. But if you could focus on the sign back there it'd be the one for the rabbits enclosure. 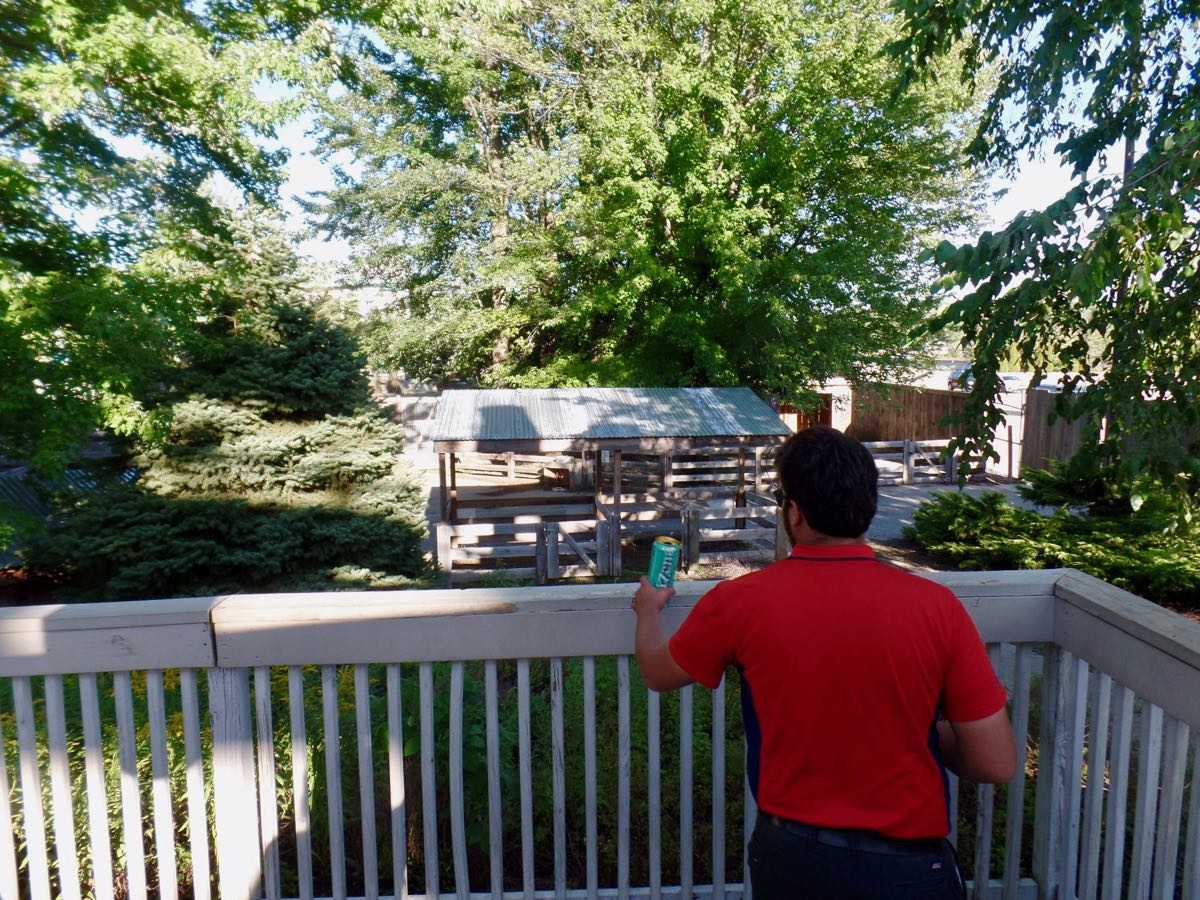 And there's another look out to the petting zoo, with one of the ride operators coming up through the Fast Pass line-cutting side queue.

Trivia: The first meeting of the United Nations Relief and Rehabilitation Administration council was held the 10th of November, 1943, in Atlantic City, New Jersey. Delegates from 44 nations convened. Source: The Long Road Home: The Aftermath of the Second World War, Ben Shephard. (I wonder if there's a historical marker, or at least a letterbox, for the since-then-surely-razed location.)