In the thunder and the rain?

My mathematics blog may not be getting more stuff published, but it is getting stuff of more substance published. At least some of them are more substantial. The last couple pieces have been: 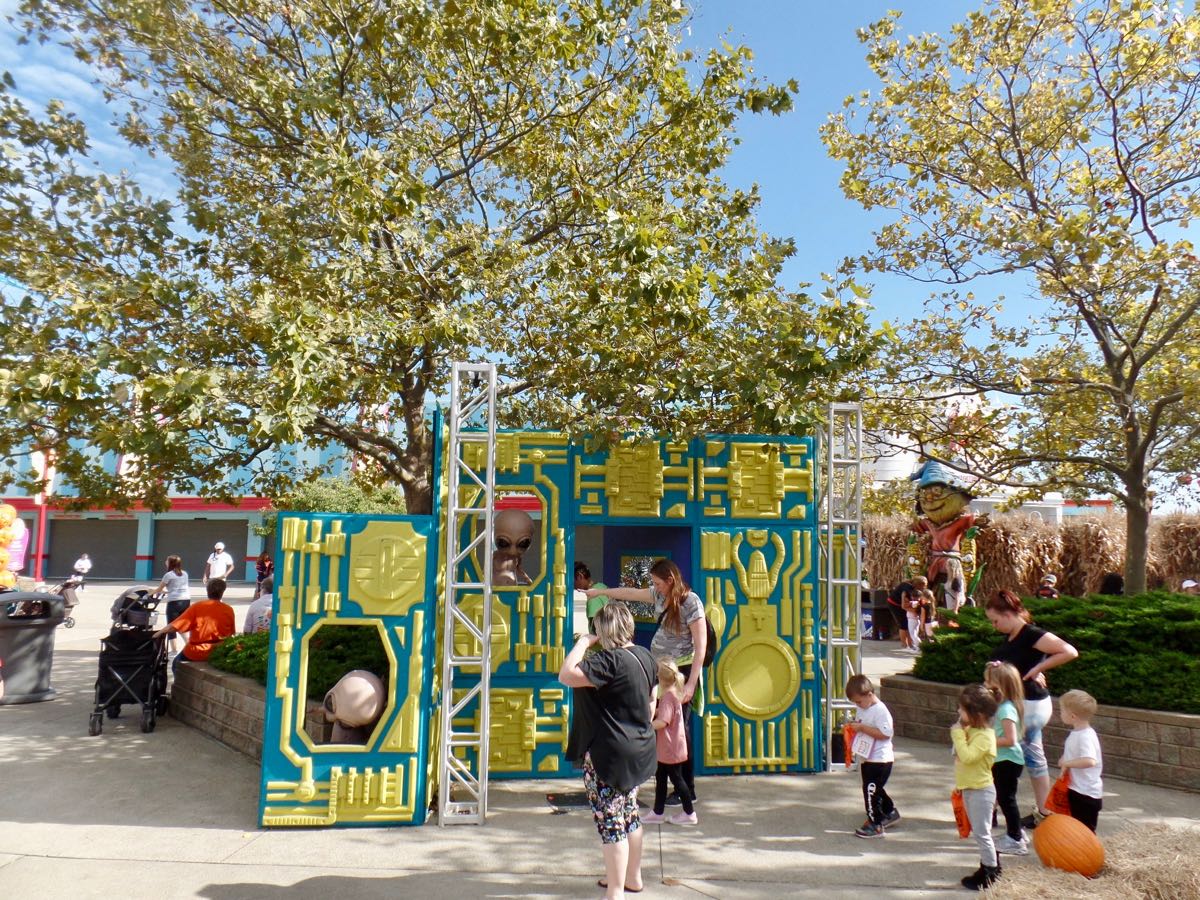 Trick-or-treat station set up in Kiddie Kingdom. The thing is Vaguely Hieroglyphs with space aliens because it used to be part of a Halloweekends walk-through haunted house, The Secret Of The Pyramid. The secret: ancient astronauts, of course. 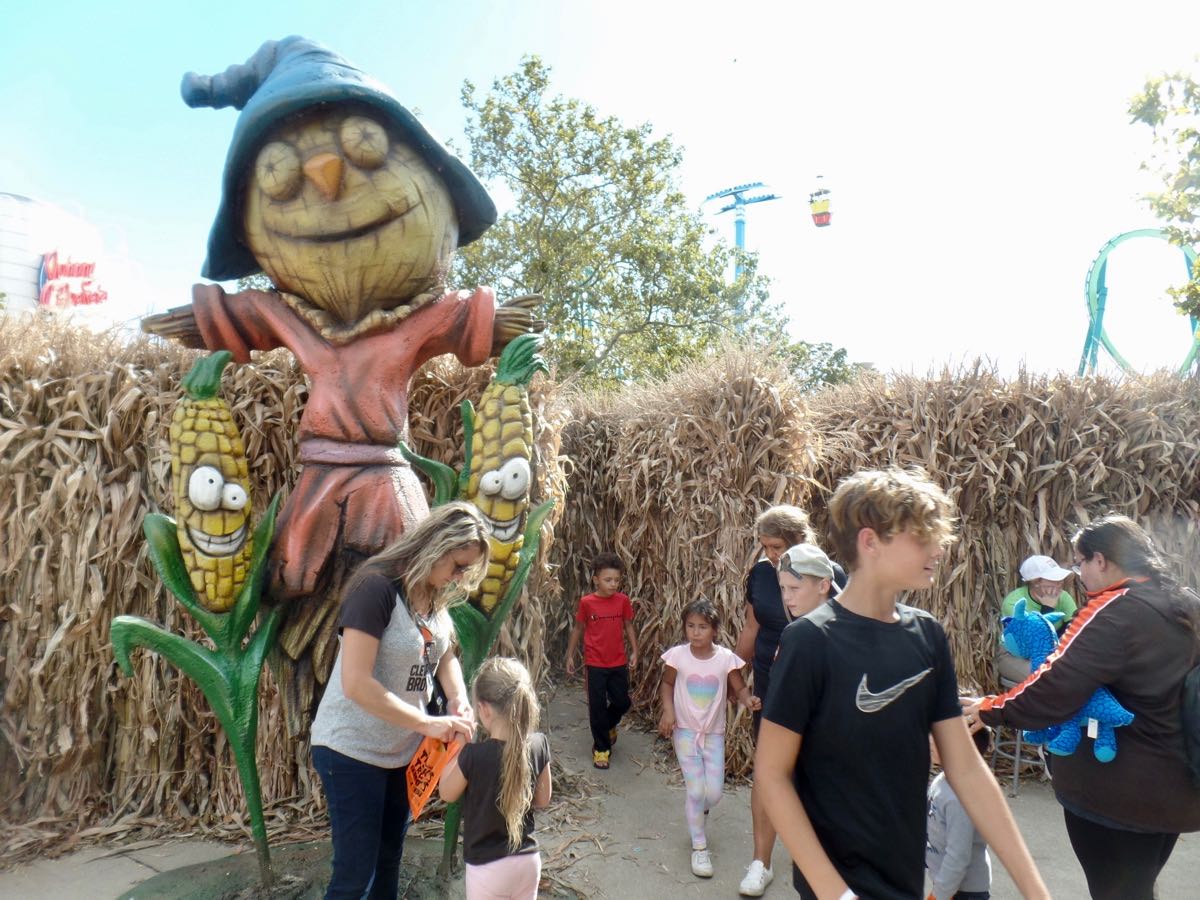 The corn maze they brought in was taller this year! I remember seasons it was named for Linus for some reason and even the little kids could see over the edge. 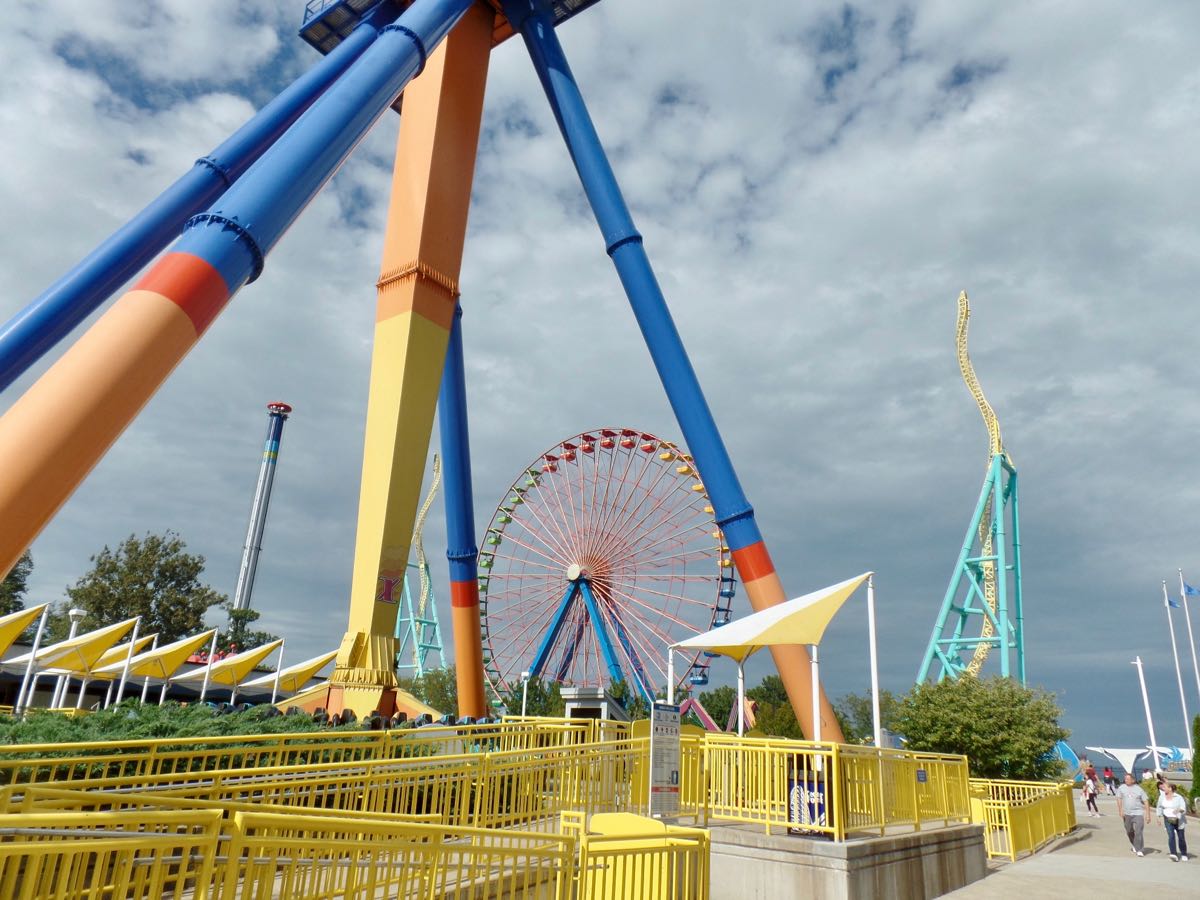 MaxAir is the big ride swing in front and it hasn't run much this season. I guess it's payback for the season MaxAir's crew was snickering at SkyHawk (another, but different, big swing ride) when that was down most of the season. I like the tangent line MaxAir's support makes for the Giant Wheel. 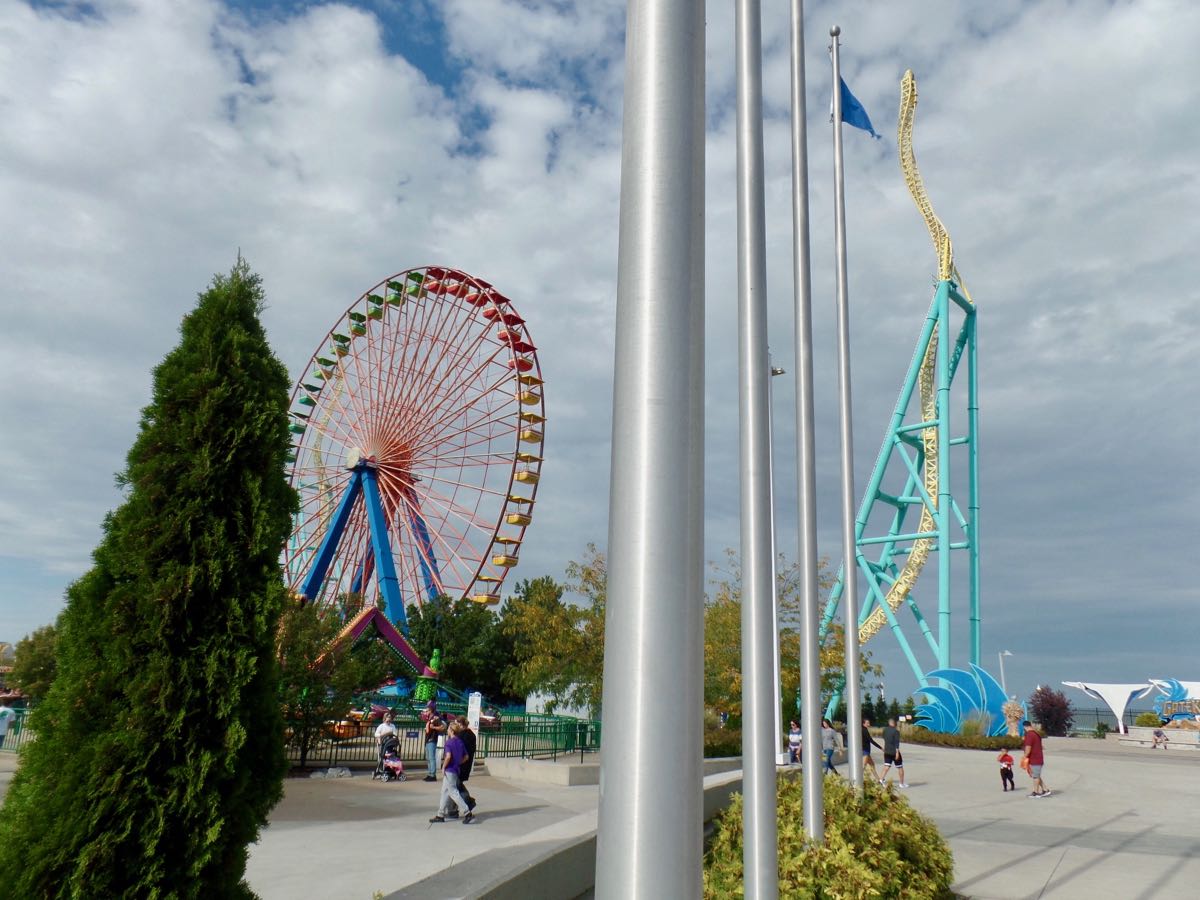 View of the Giant Wheel, several of the flagpoles behind GateKeeper, and the forward tower of Wicked Twister. I include this as a first step toward making a minimalist abstraction of this part of the park. 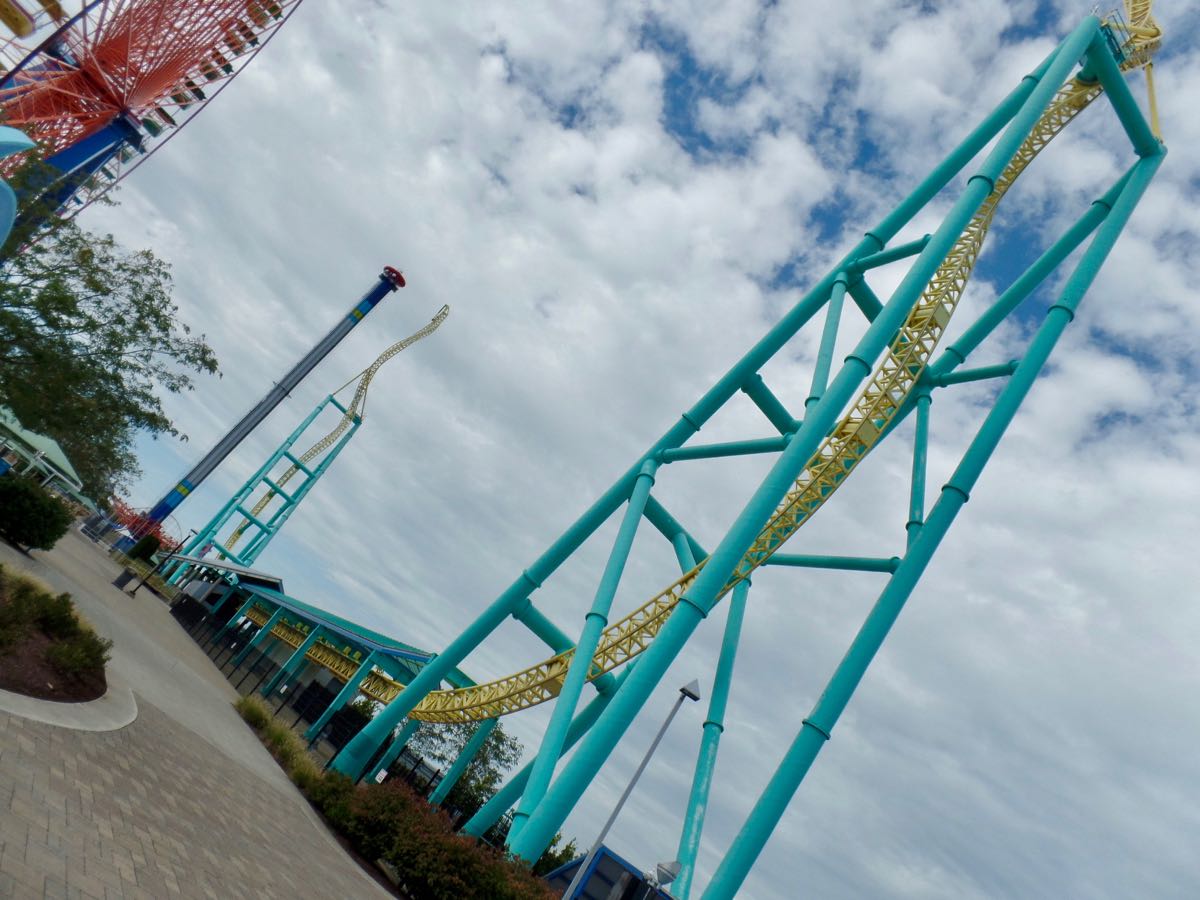 Wicked Twister seen from its front. Realized I didn't have any pictures of this from our farewell tour and I'm glad there's not much that's obviously changed about it yet. 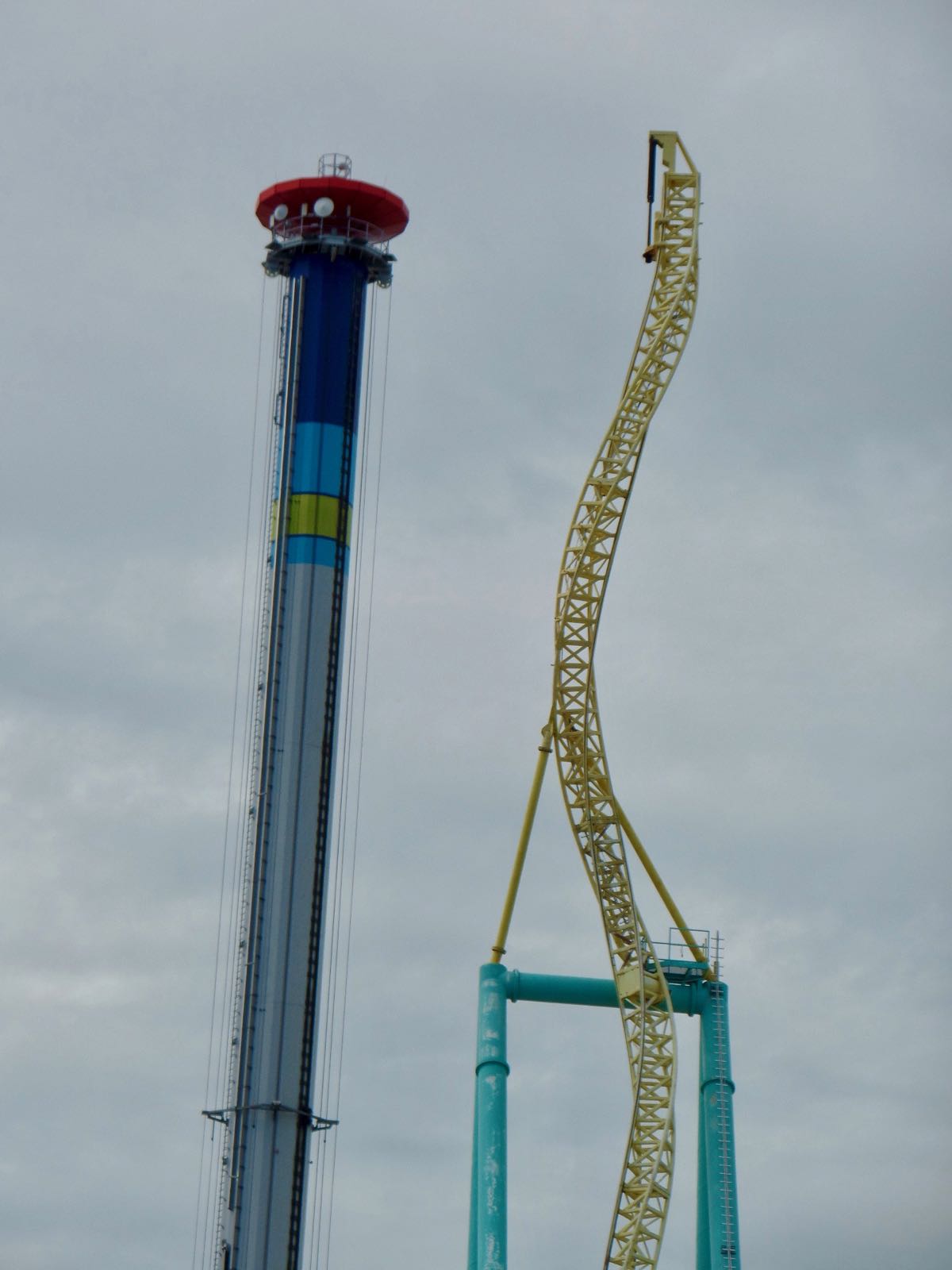 Trivia: At Christmas 1775 a royal postal official in New York City, noting there had been a lack of mail for some time, formally closed the British Post Office in America. Source: The American Mail: Enlarger of the Common Life, Wayne E Fuller. (The ``Constitutional Post'' started by a newspaper publisher and taken over in 1775 by Benjamin Franklin was handling colonial mails instead.)

Currently Reading: Lost Popeye Volume 12: The Seagoosk Tom Sims, Bela Zaboly. Editor Stephanie Noelle. This started out so much fun when it was just about the rubber goose and then that part gets even more completely forgotten than usual (not even a mention at the end of, like, whether the rubber goose exists) so the rest can be about Popeye punching Japanese warships and, in the end, getting a call from a realistically-drawn version of every kid of 1942's governmental hero, Navy Secretary Frank Knox.