Yes, Walter was my mate

I didn't ever talk much about pinball league finals, for the season that started in January 2020 and just ended last month. There wasn't much to say, from my perspective. I went in to the double-elimination, best-of-three-matches tournament sixth-seeded, I think it was. My first match I was up against RED on one of his favorite games, Stranger Things, and lost handily. For the second game I picked one of my favorites, Beatles, and lost handily. Thus I went down to the second-chance bracket; if I lost one more match I'd be out for good.

So I went playing JAB, on Game of Thrones, and lost handily. Since I'd lost the first game I had the pick of second and went to Beatles again even though he's quite good on that. I am too, normally. This time around neither of us was any good at it, but he was less not-good than me. I was eliminated a second time, and without ever taking a win on anything.

This left me with nothing to do but sit around collecting results and telling people where to go. Which, must say, this sort of tournament needs, and which fits my temperament well. And so the long sorry season 14 ended with me in either 7th or 8th place.

bunny_hugger, meanwhile, had a considerably better night. She beat JAB, quite the feat, and a relief since if she hadn't we would have faced each other in the second chance bracket. Everyone else loves it when we're matched against each other. She would lose a round, to RED I think it was, but she had good success in the second-chance brackets anyway. She also had convincing wins, with --- I think it was --- every round having at least one game where she got to walk off her third ball. (That is, she scored high enough the first two balls that the other player couldn't beat her with all three balls.) Unfortunately in another match with RED she didn't win, and she finished in fourth place for the season. She wouldn't take home one of the trophies we had just brought from home, but, it is her best finish at our home league. And her play against so many of the league's unquestioned best players should rest any doubts about how good a player she is.

Finals night ended fairly early for this sort of thing, not long after 11 pm. Our experience would lead us to expect an end after midnight, maybe after 1 am, which would clash with our bar's pandemic-times 1 am closing hour. For these finals,

bunny_hugger disallowed playing extra balls, a break with tradition that must say really sped things up. Don't know if we'll keep that change for the next season, the one that began just this Tuesday.

Have some Cedar Point pictures. Only five today, to balance out there being seven yesterday. 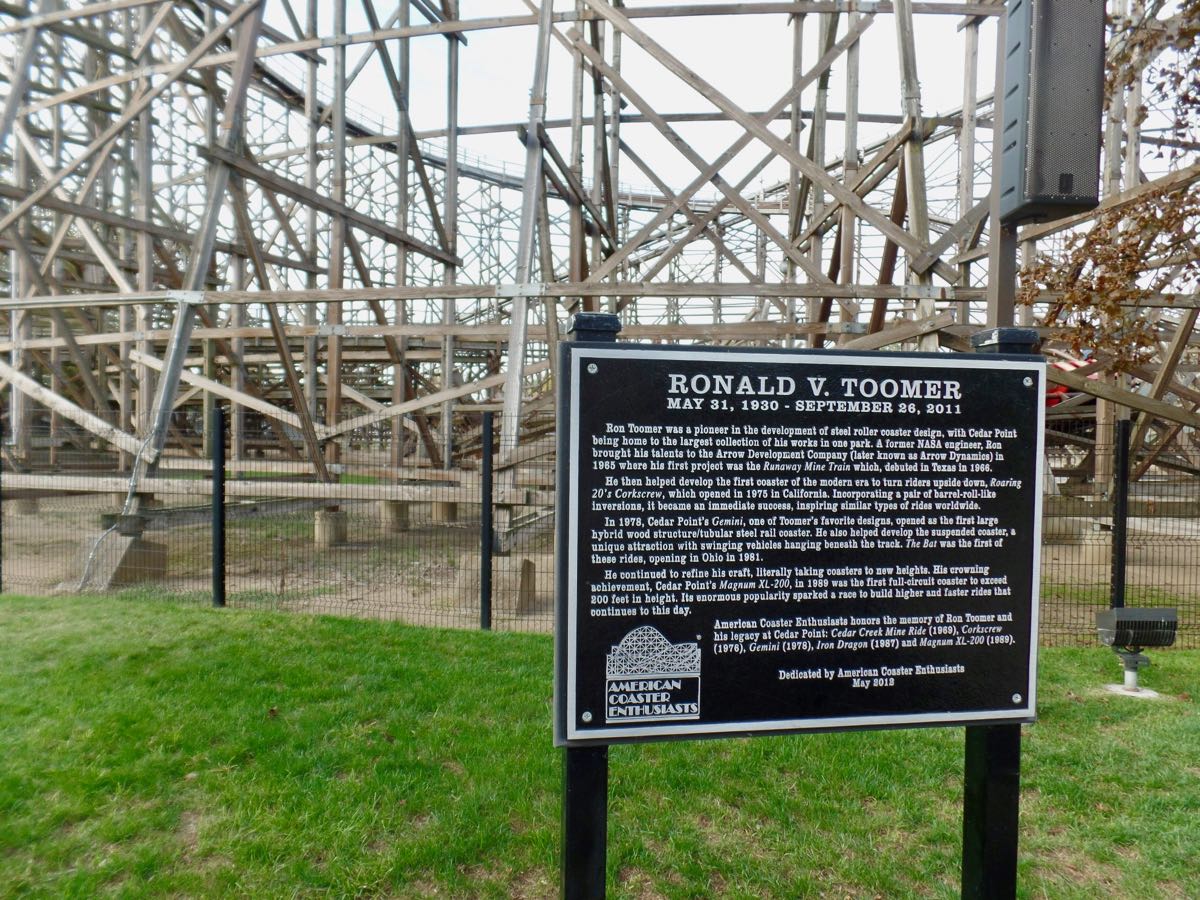 One of those unexpected moments: we happened to be at Cedar Point the 10th anniversary of the death of roller coaster designer Ron Toomer, who was behind Gemini and many other roller coasters of the 60s through the 80s, and was one of the first names of ride design that roller coaster fandom knew. 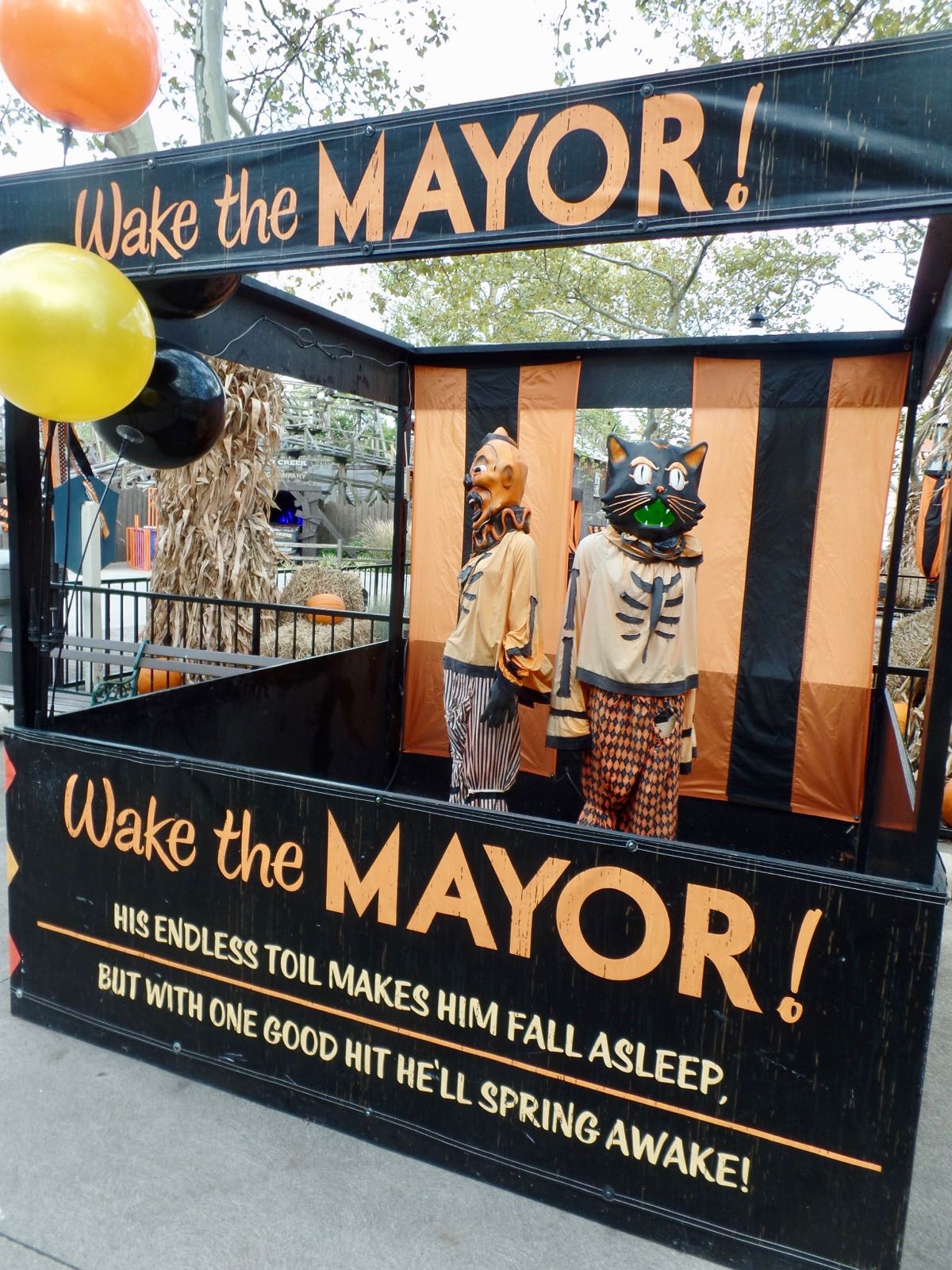 I think this is a new attraction at the County Fear walkthrough area, outside Town Hall. It's not a working midway game but you can imagine the challenge of waking a cat. 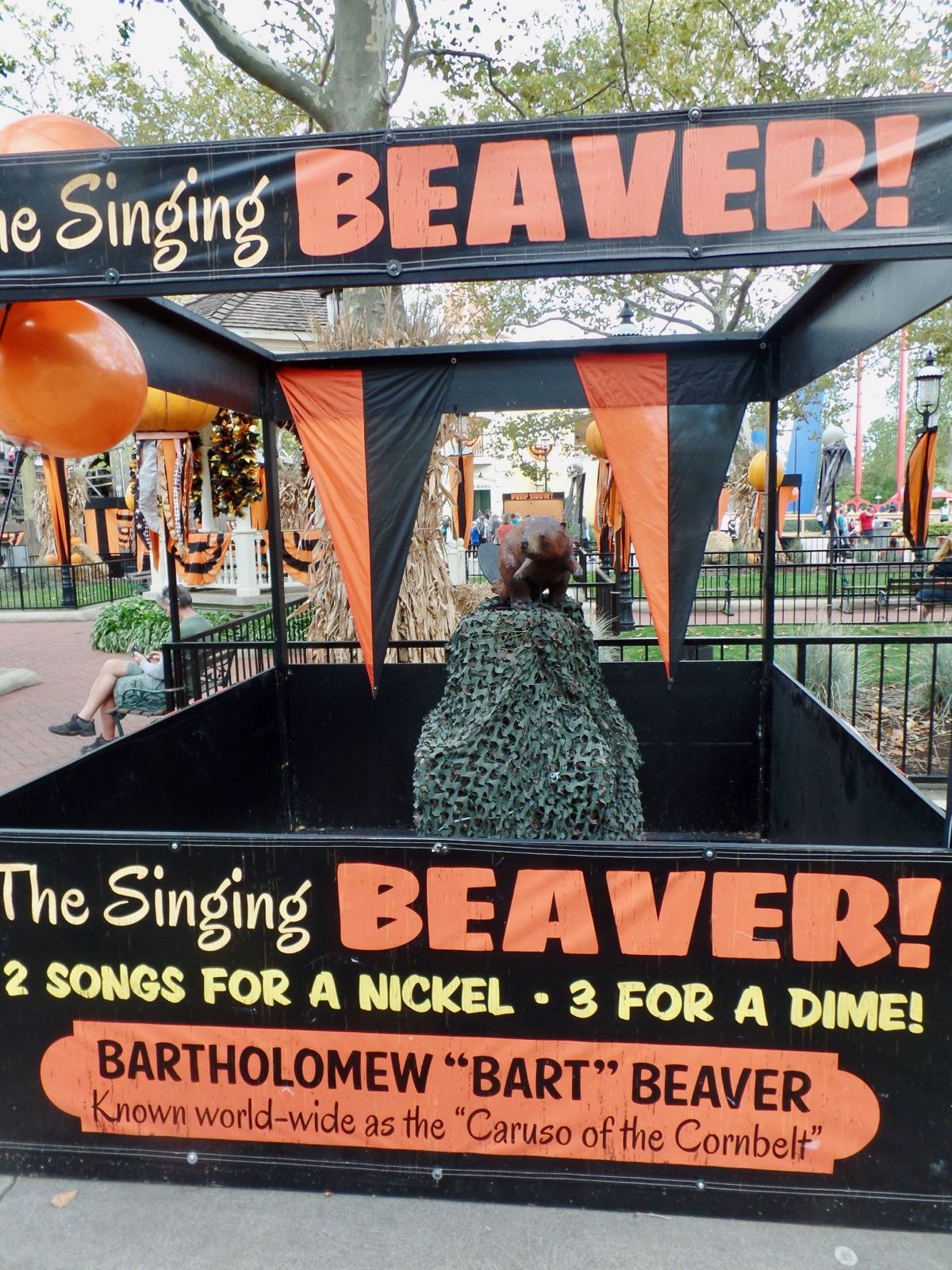 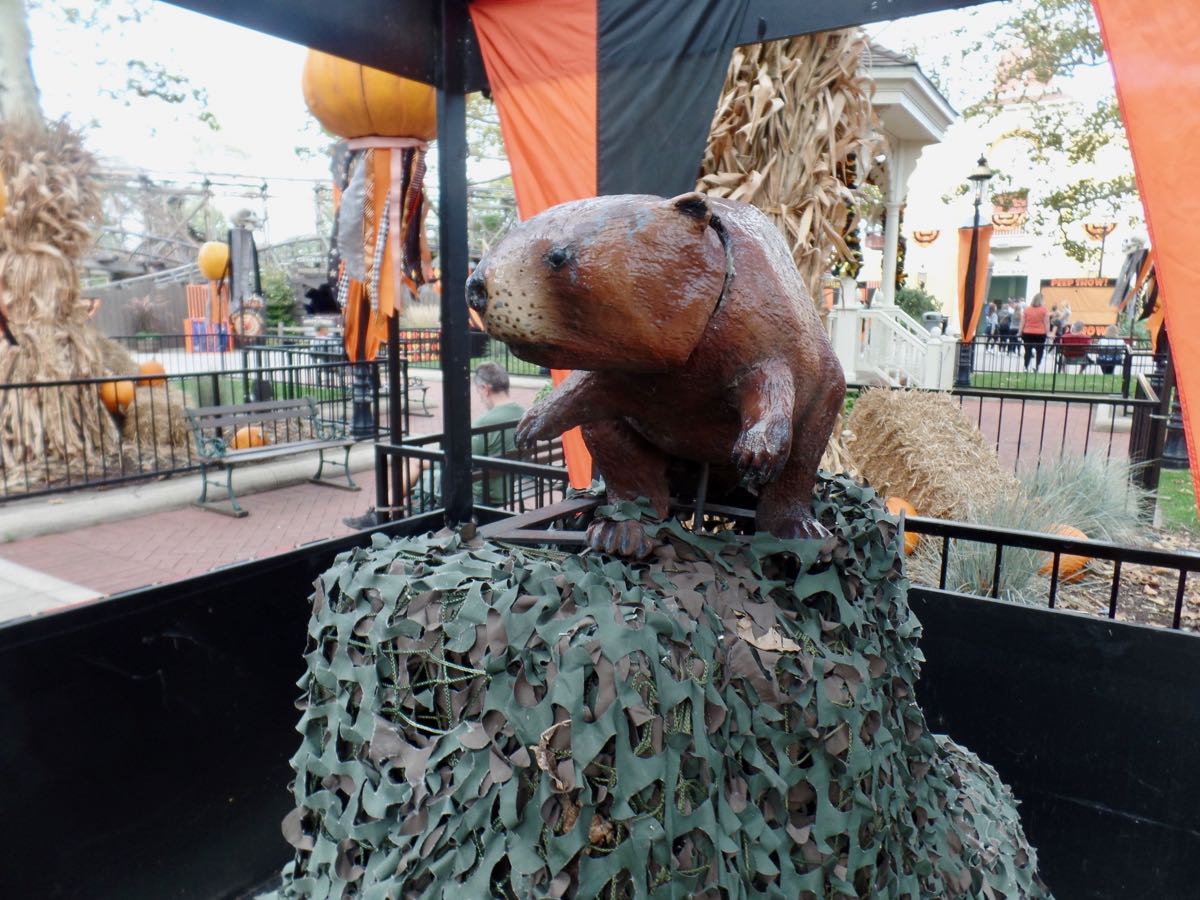 Better look at the animatronic beaver, who (like all the attractions at the County Fear) doesn't work. 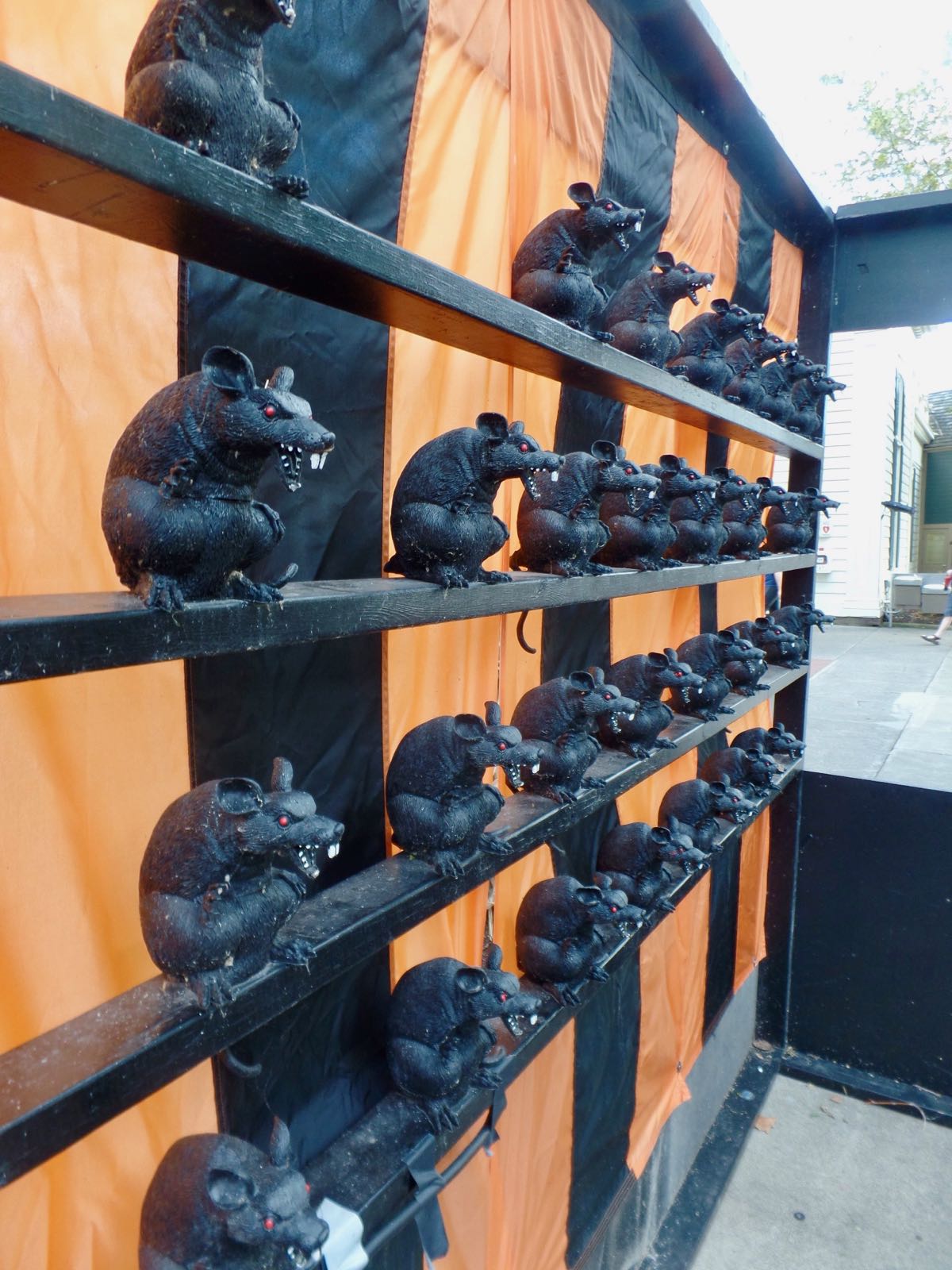 But here's the shelves full of rats, in as good shape as they ever are.

Trivia: The United States Office of Price Administration froze the maximum values of office-equipment prices in March 1942. They were not allowed to change significantly until September 1946, when prices rose about 12 percent. Source: Before The Computer: IBM, NCR, Burroughs, and Remington Rand and the Industry They Created, 1865 - 1956, James W Cortada.

Currently Reading: Tom and Jerry: The Definitive Guide to Their Animated Adventures, Patrick Brion. Brion suggests some gender-ambiguity in Jerry, on the grounds of a couple scenes where, like, he feigns being a woman interrupted in the bath to confuse Tom. It reads to me just as screwball character stuff, but I admit we use the same stuff in Bugs Bunny to argue for his gender-fluidity. Feel like there's substance to the idea of Bugs playing with male and female roles, though, while Jerry just ... doesn't have it.

PS: My Little 2021 Mathematics A-to-Z: Torus, about that famous shape, and some talk about board games and stuff.