But Walter, my old friend, where are you now?

And now we draw ever-closer to the end of our day at Cedar Point. Hope you enjoy under-lit pictures! 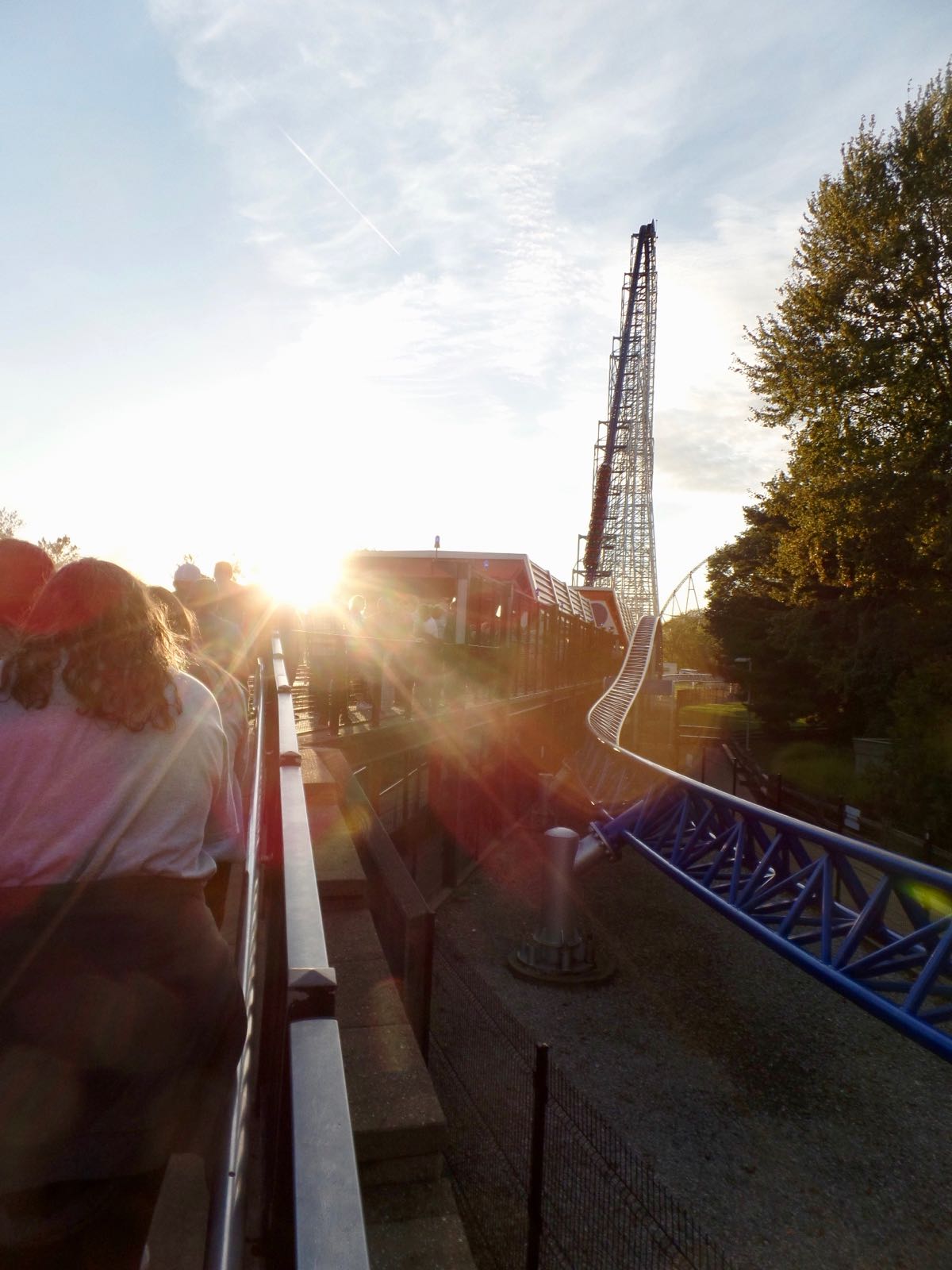 Waiting for Millennium Force as the sun tries to set! Looks like not much of a wait at all from here, does it? Also, I saw someone wearing a clip-on tail, the kind you see at furry conventions, getting off the ride, but wasn't fast enough to photograph them. 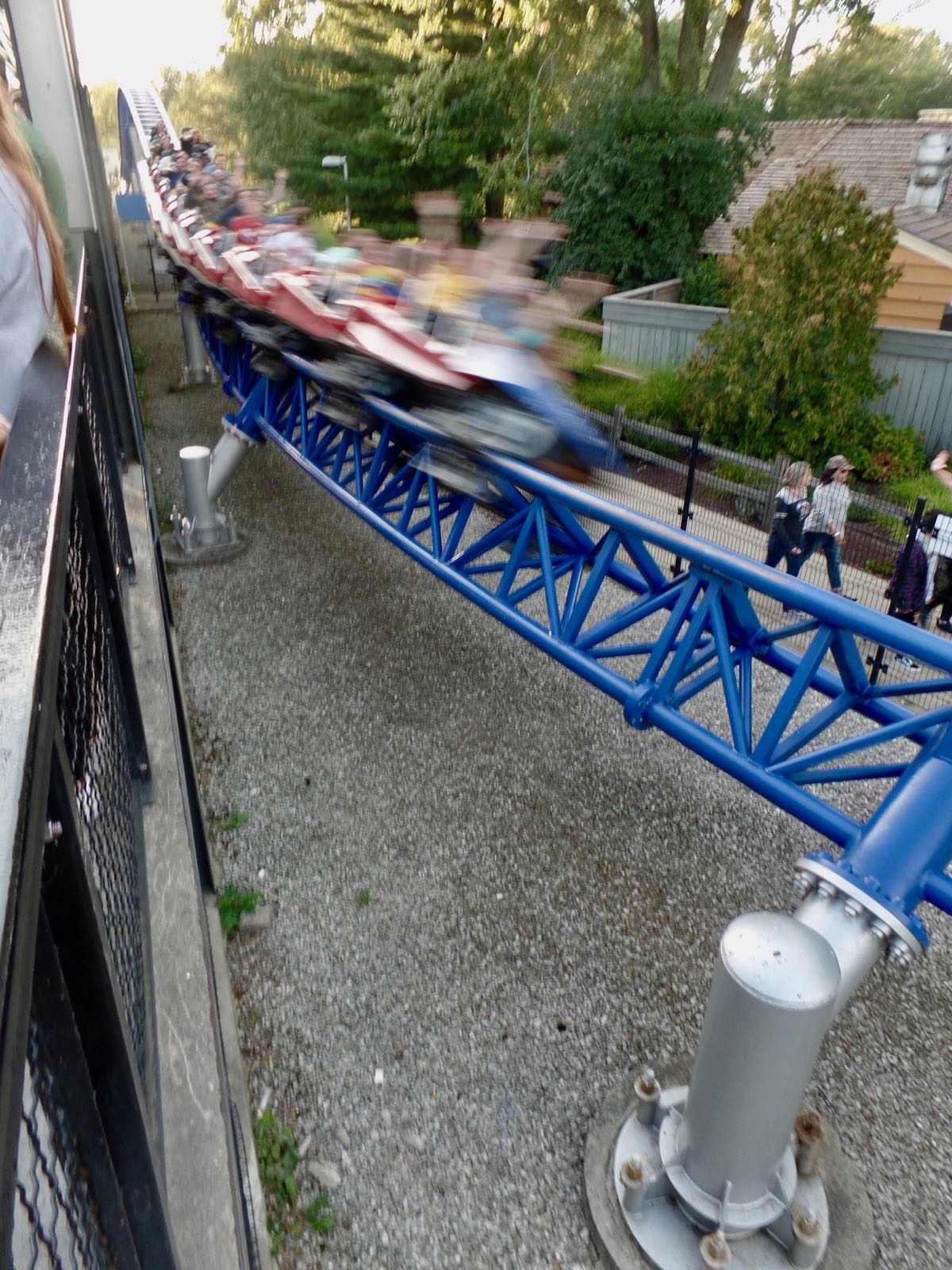 There's a train going, plus a couple people walking where it almost looks like they're on the track. I like it. 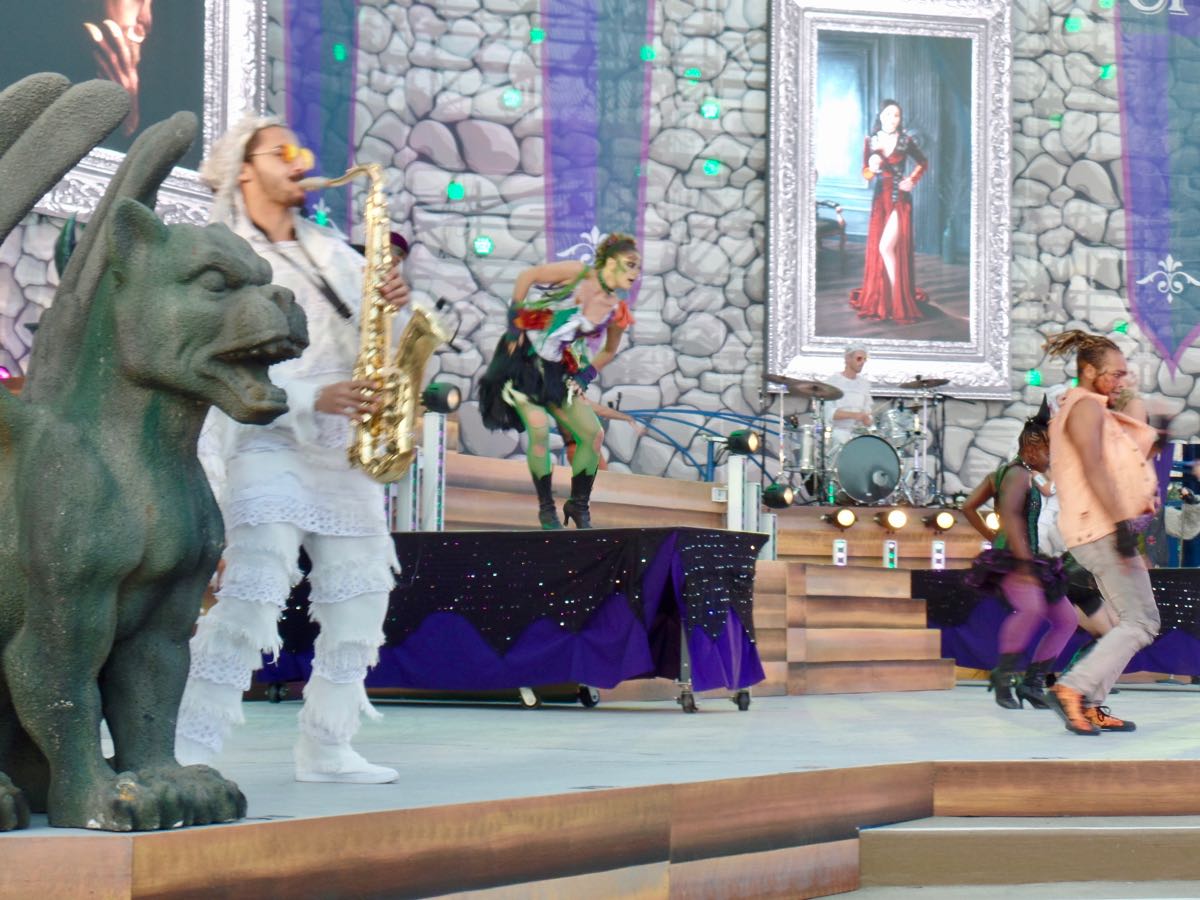 Hey, it's a monster mash! Band performing on that stage where the lonely DJ had been a couple hours earlier. 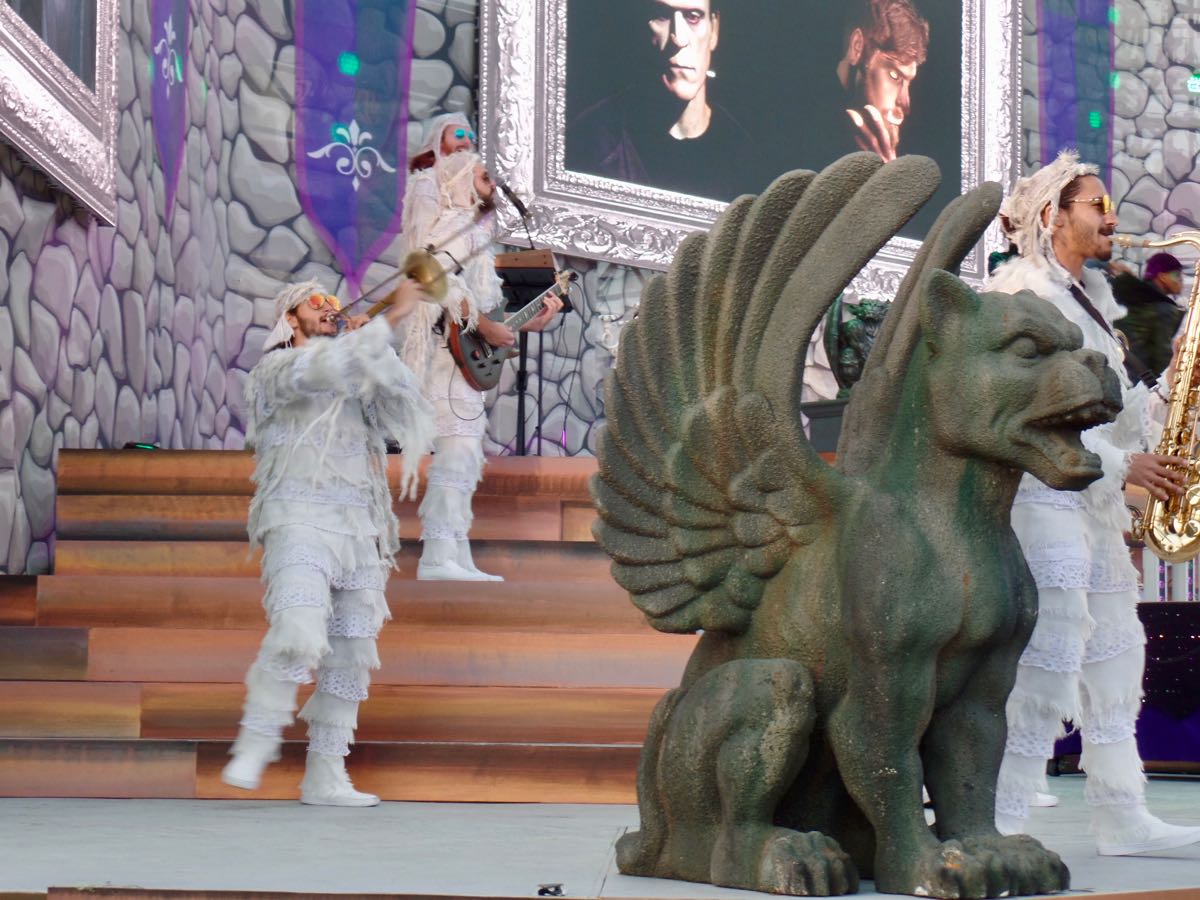 Can't be easy to design a costume with that many loose parts that doesn't get stuck in a trombone or interfere with the guitar strings or whatnot . 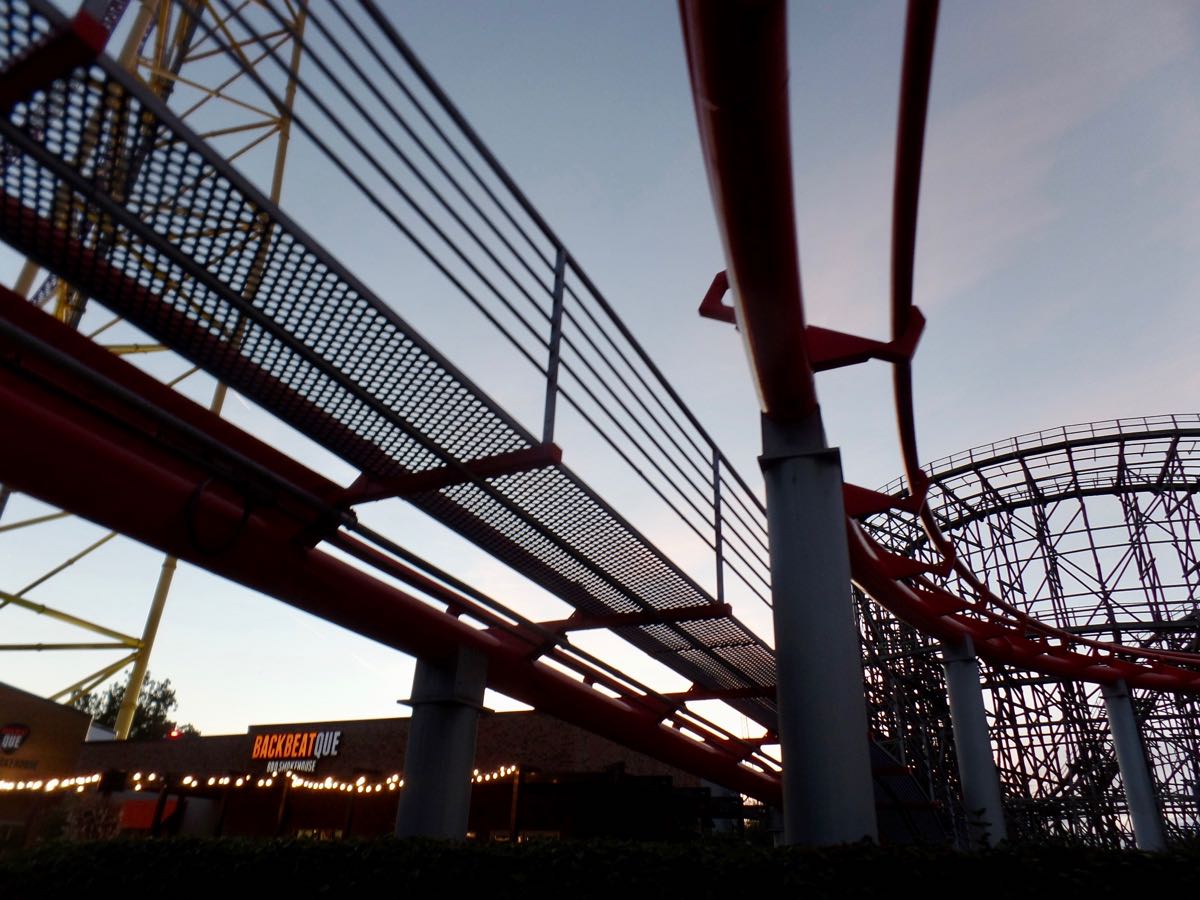 Silhouette of Magnum XL-200 against the setting sun; this was one of the string of walk-on rides we got after abandoning Millennium Force (which apparently never got back up the rest of the night). 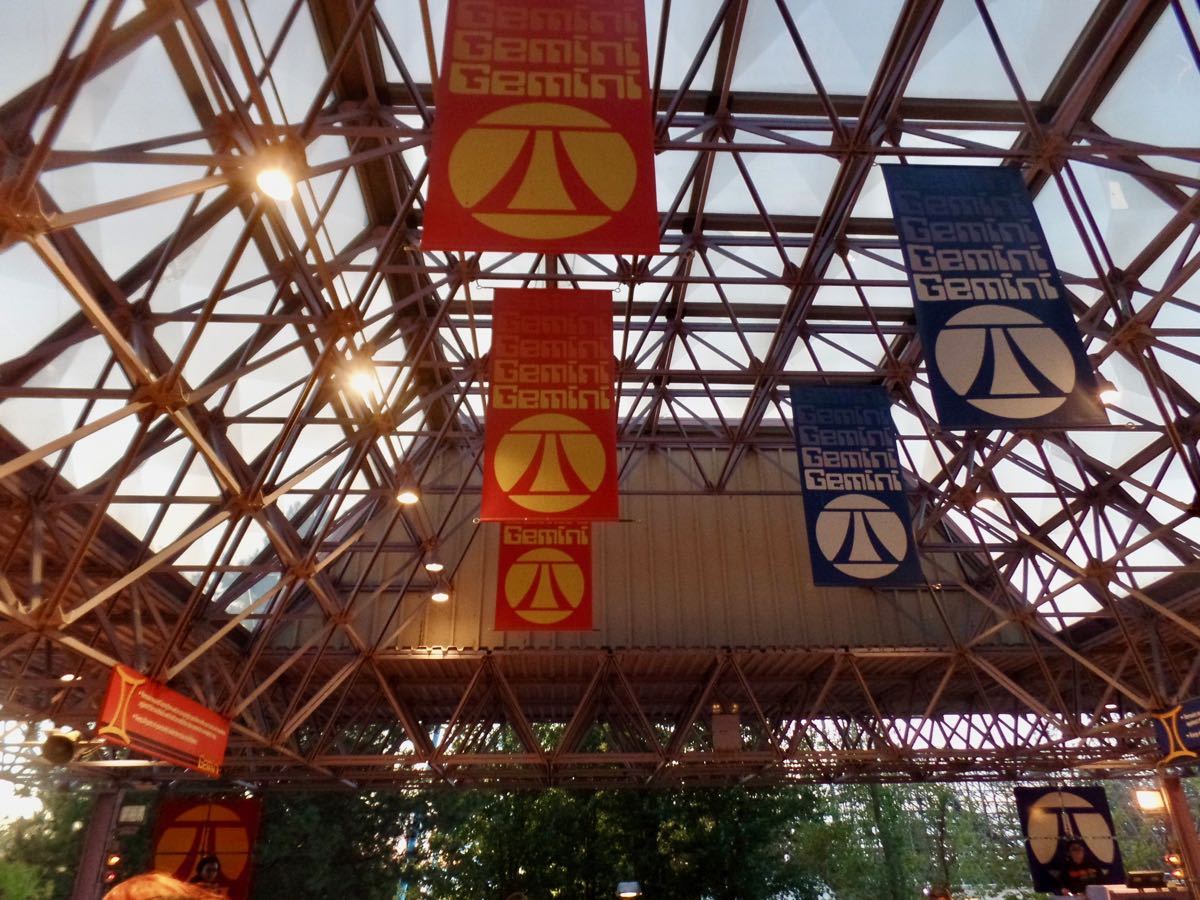 And then to Gemini, running both the red and blue trains and two trains of those, so it had no line at all. 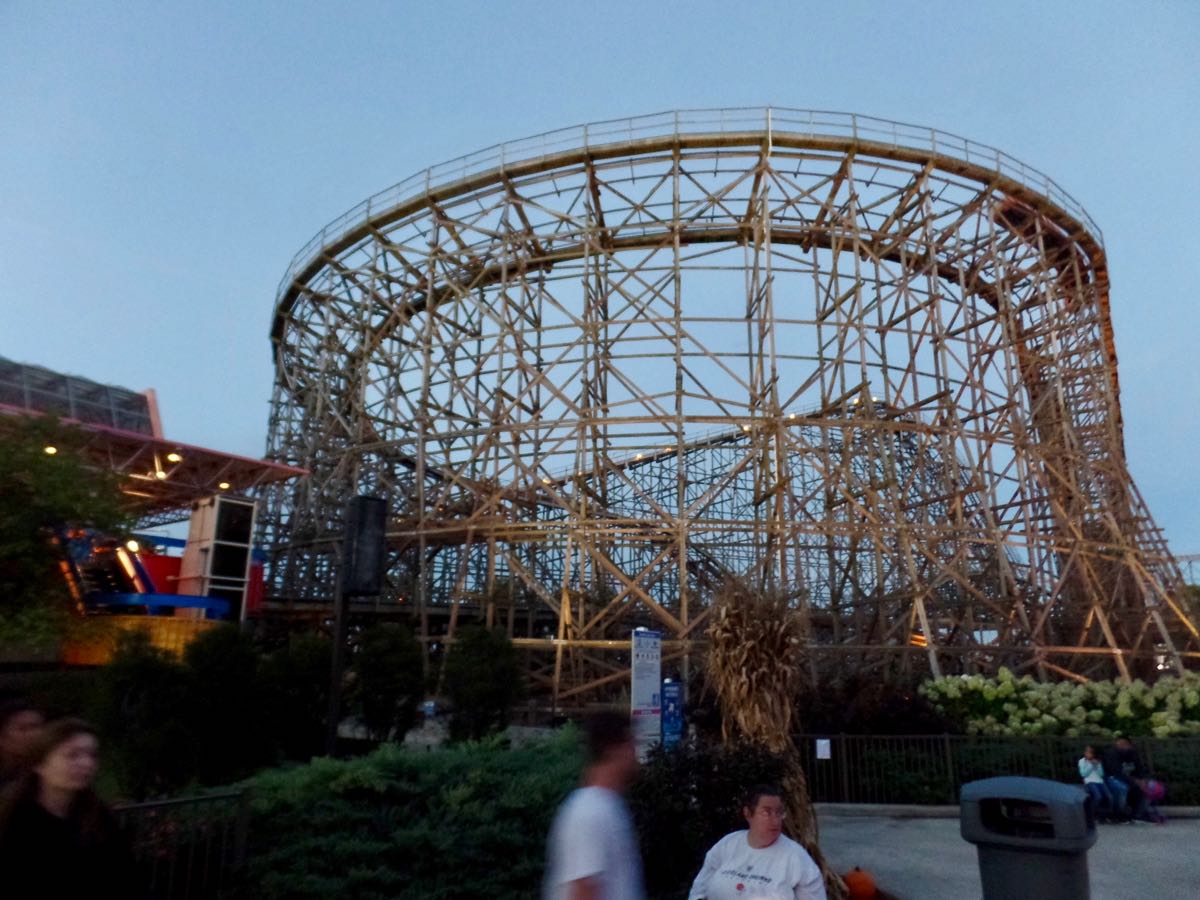 A look back at a turnaround for Gemini's red train; you can see it come up the hill there. 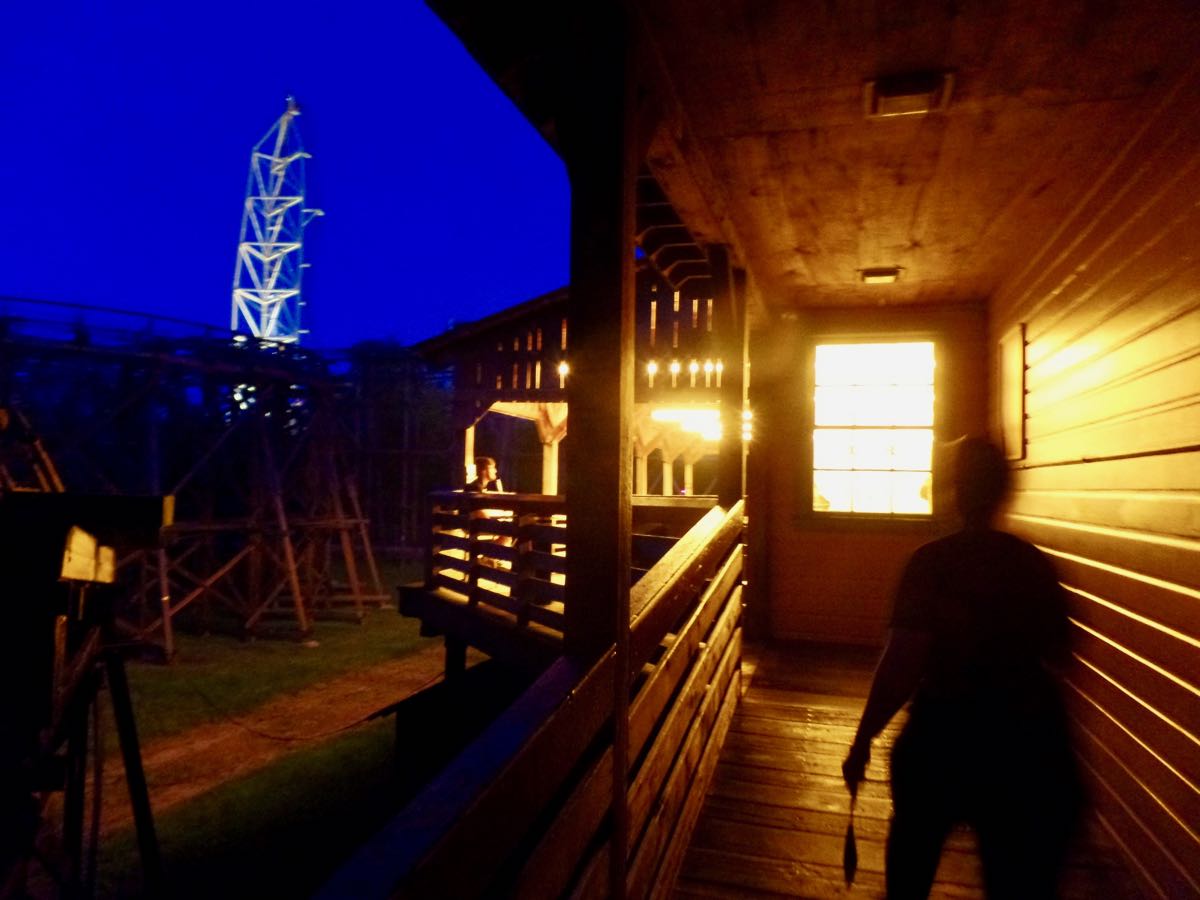 bunny_hugger approaching the launch station for Cedar Creek Mine Ride, as rendered in a survival/horror video game. 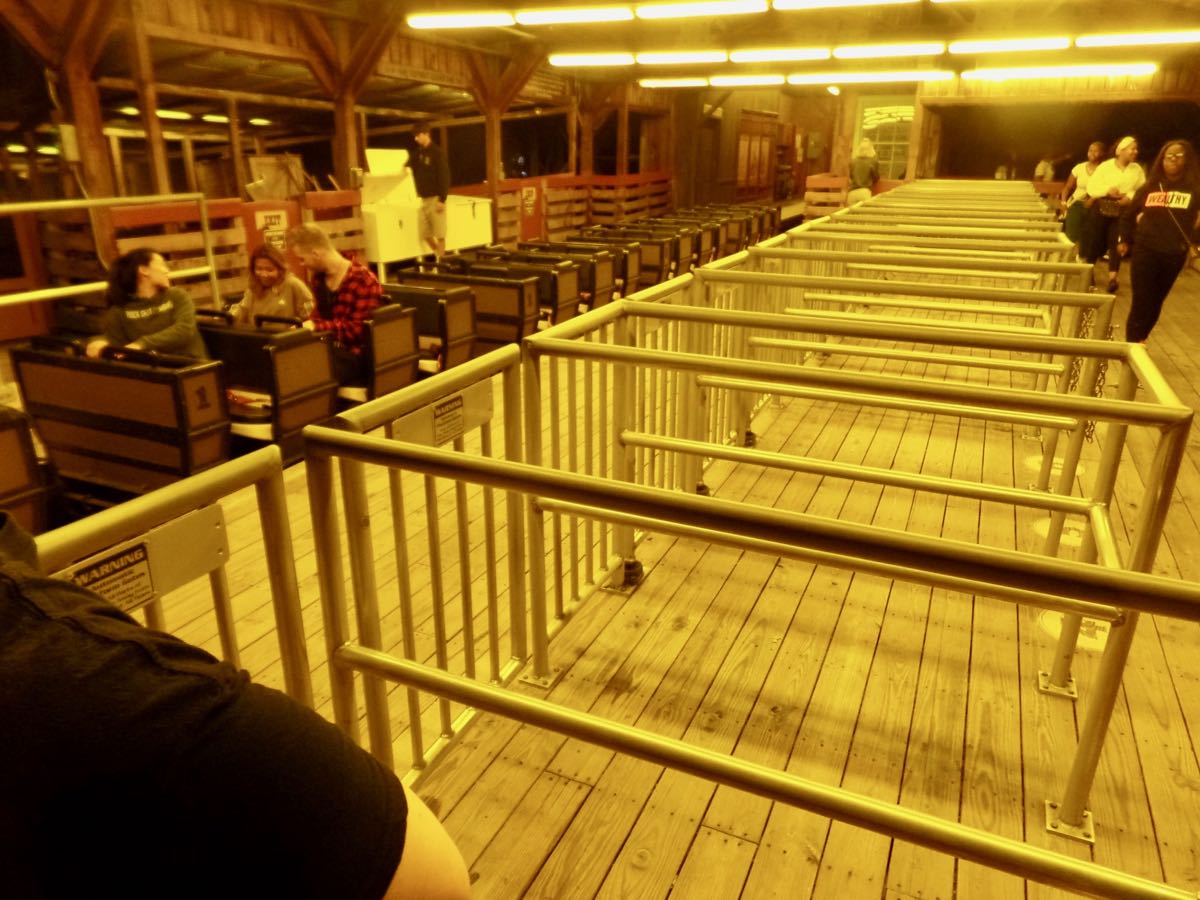 We got a front seat ride! And pretty near a solo ride at that. 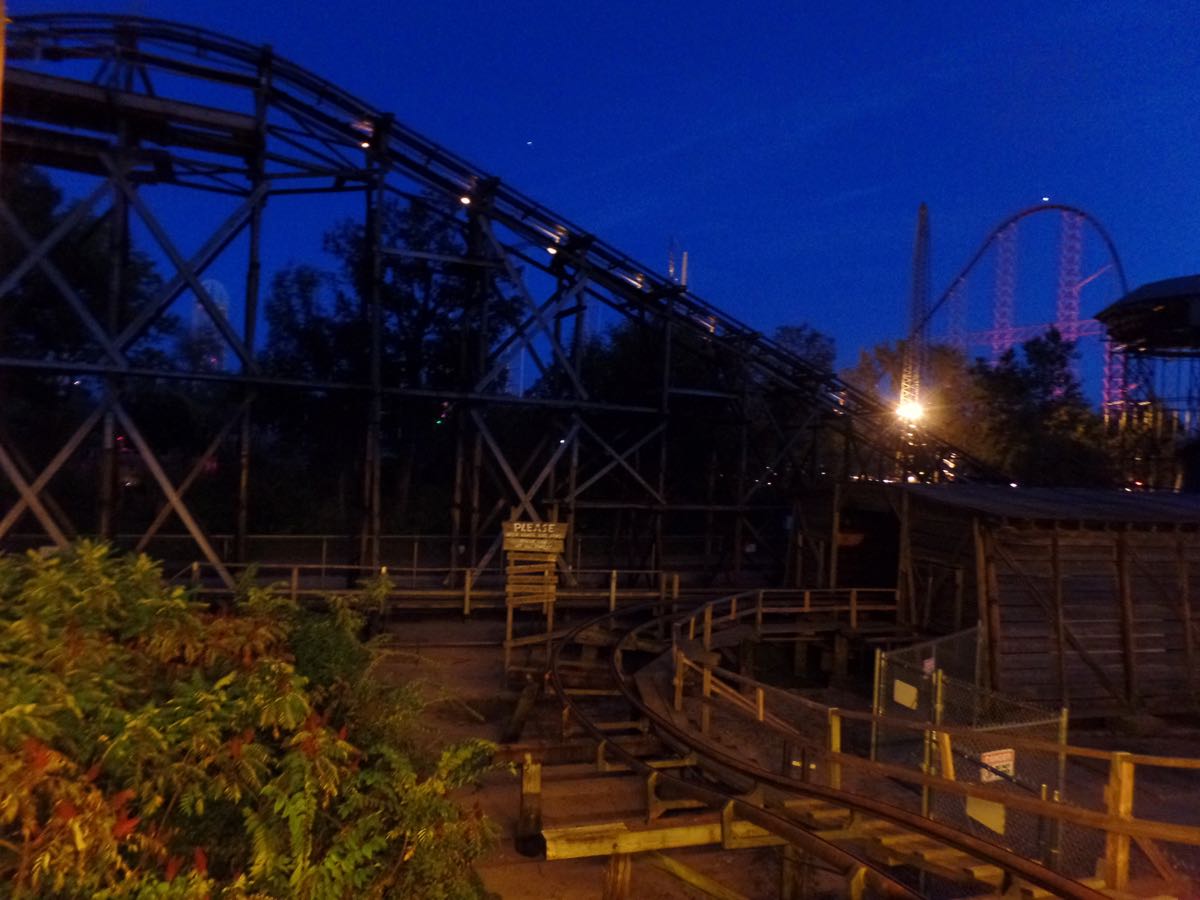 The front seat gave me the rare chance to photograph the shed that the train passes through to start (I believe it's where they store extra trains) as well as the lift hill. Top Thrill Dragster's the narrow yellow loop on the left, and Millennium Force the wider, purple loop on the right. 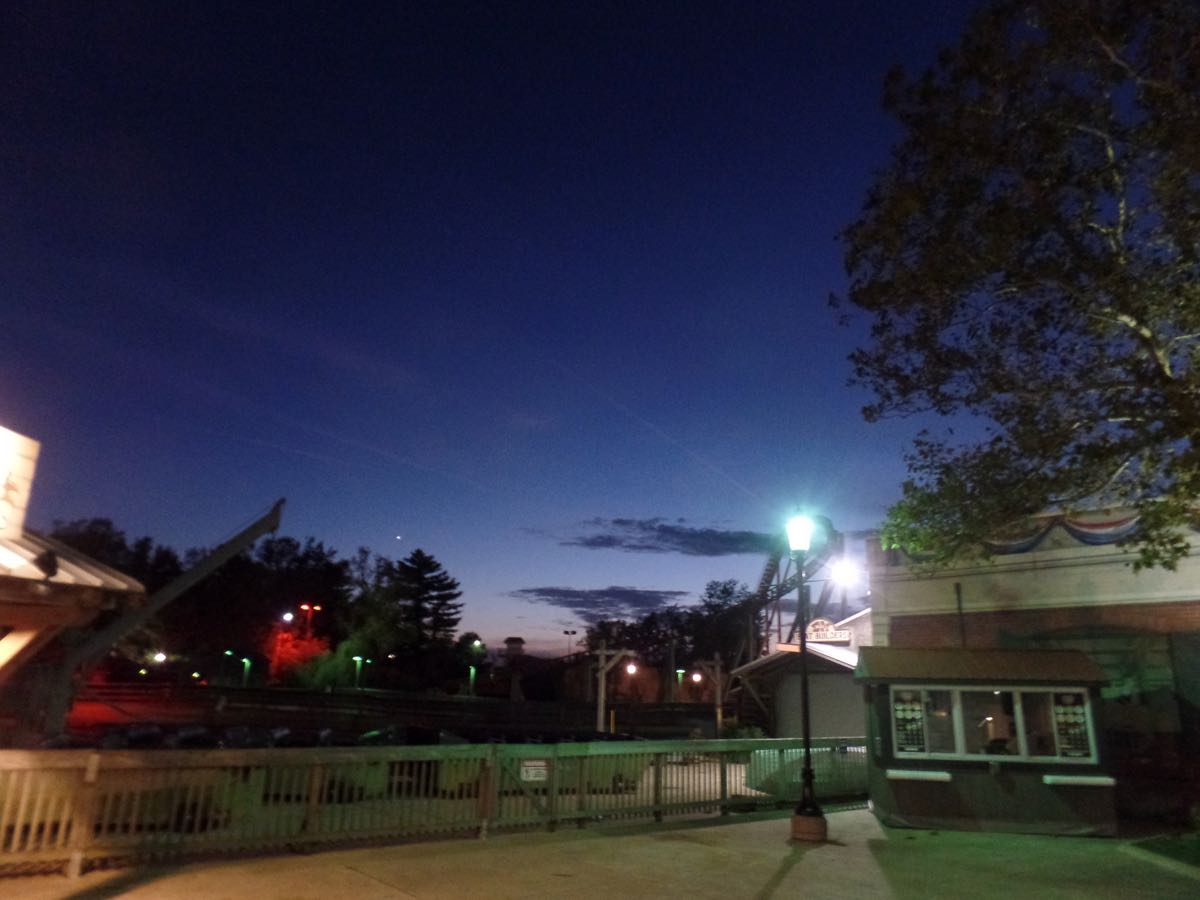 Looking out at a quite nice sunset with, I'm guessing, Venus in the sky there. 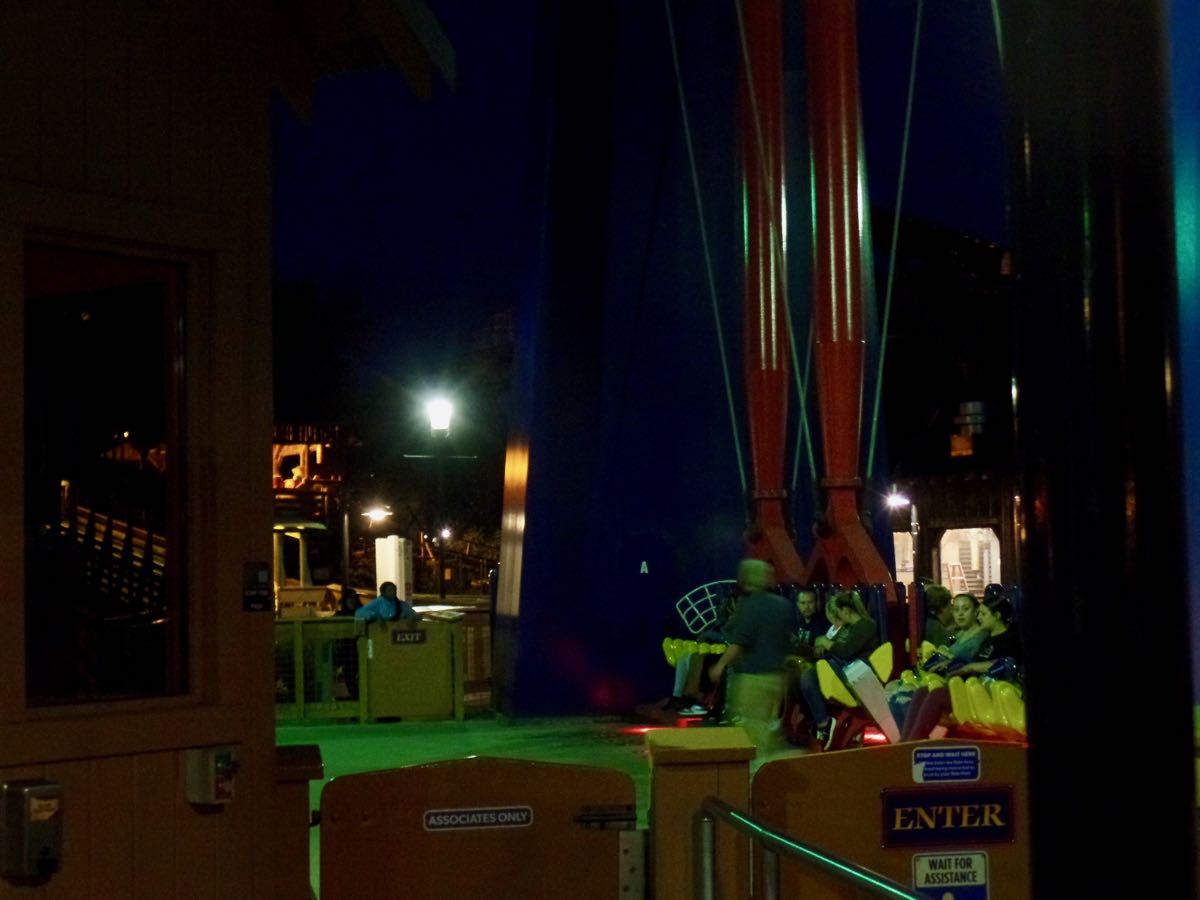 Skyhawk, the giant swing ride, loading up for its penultimate ride of the night.

Trivia: At the start of the Republic the English Puritans attempted a major calendar reform, among other things restarting the epoch, with 1649 AD becoming the first year of freedom. Source: Marking Time: The Epic Quest to Invent the Perfect Calendar, Duncan Steel. (To my annoyance Steel doesn't mention what the other things were, but does say the Quaker tradition of numbering rather than naming the months follows this tradition.)