I knew so long ago

My mathematics blog has receded into one post a week, so here's all of October's postings so far: 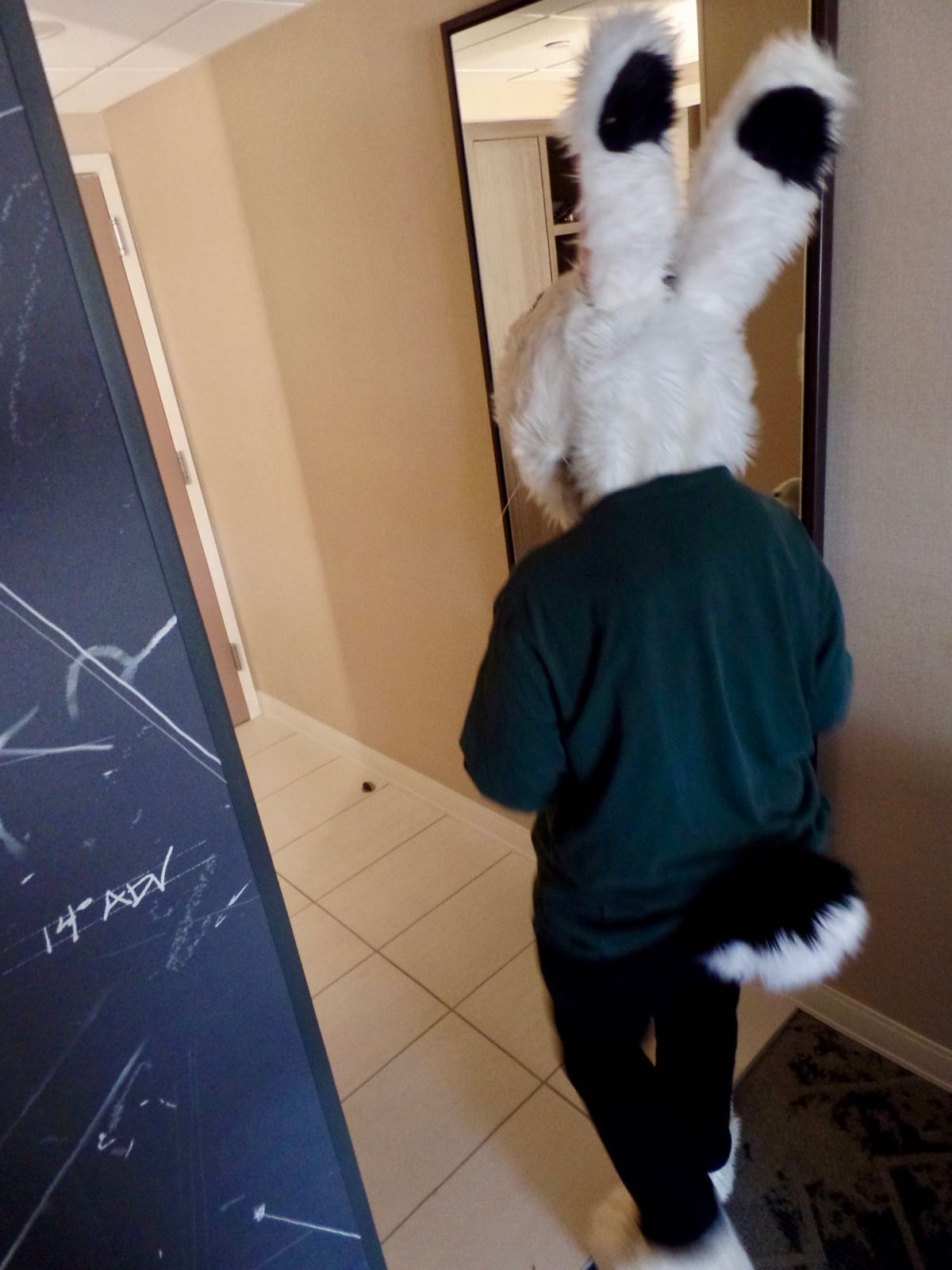 bunny_hugger off to join the fursuit parade. 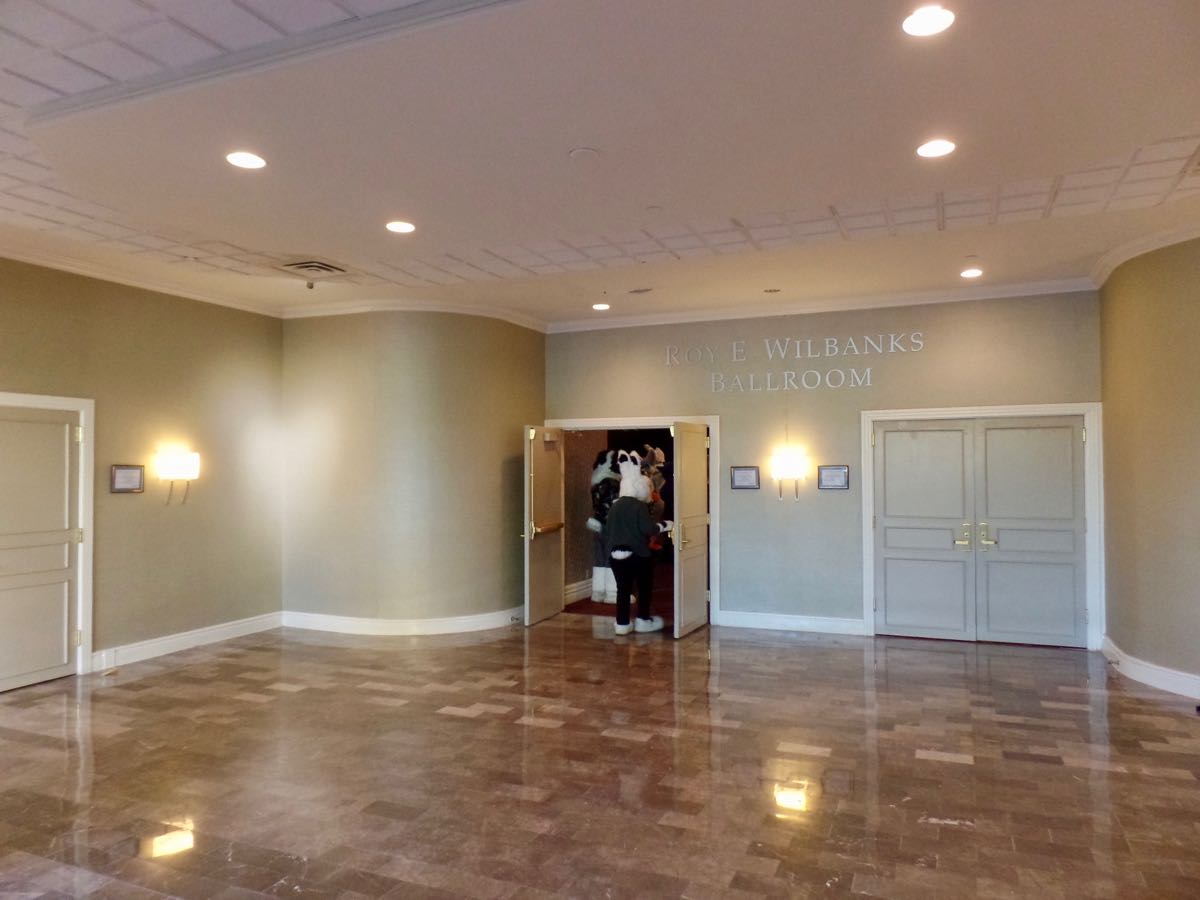 There she goes into a ballroom full of people who don't know where they're supposed to go next. 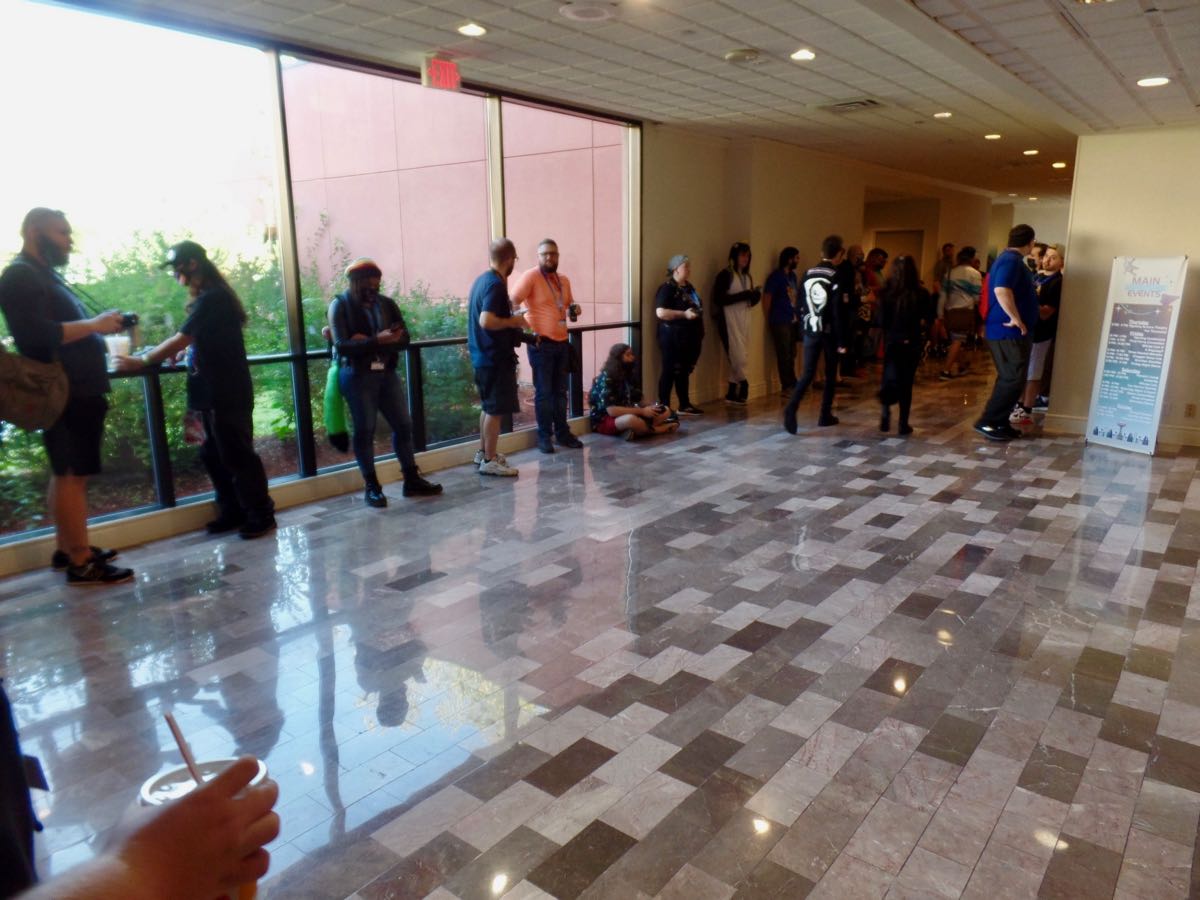 People standing around hoping this is maybe where they should be to get a good photo? 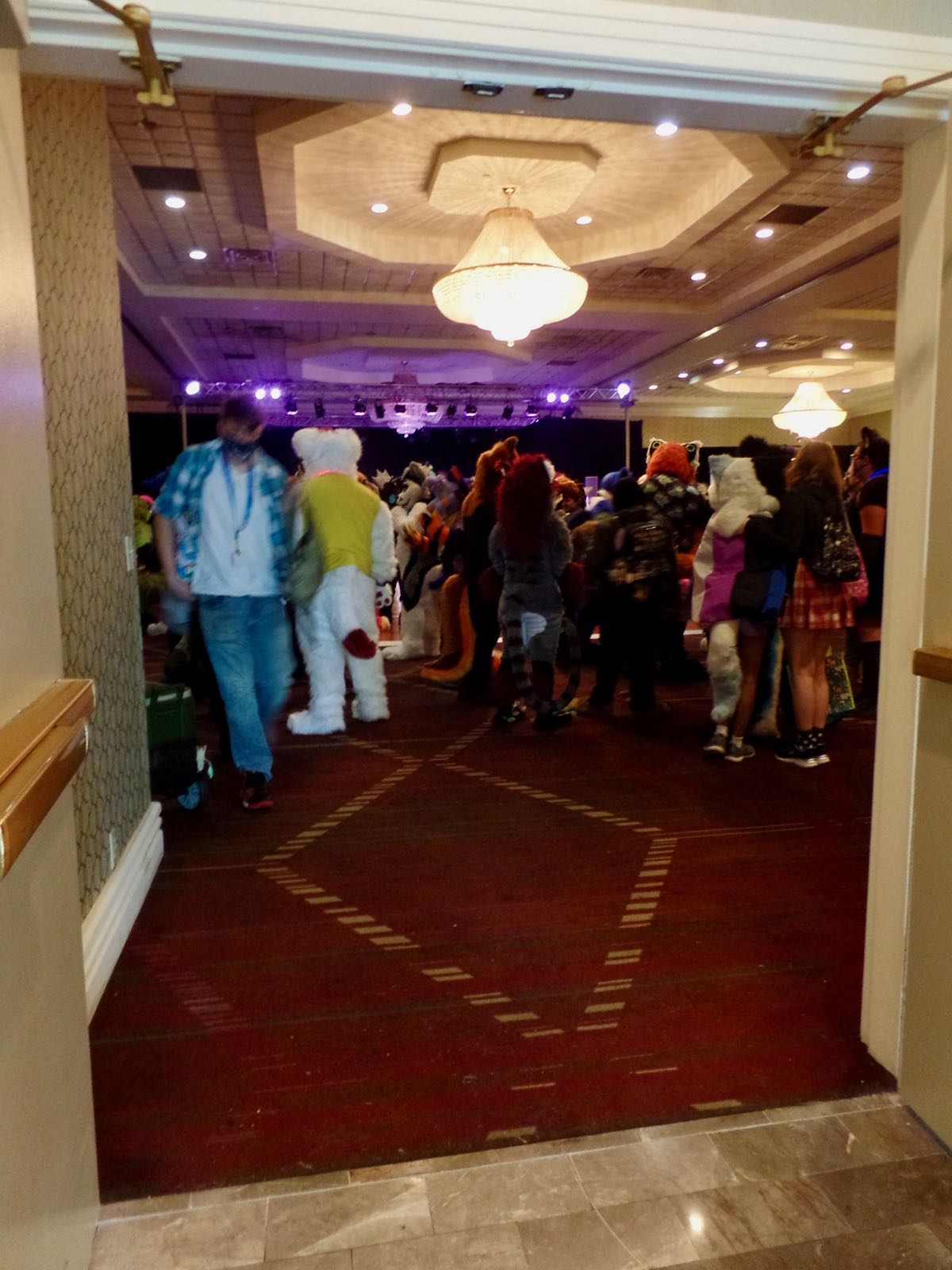 Looking into the ballroom as people get instructions for the group photo to be taken at the start of the parade that gets taken at the end instead. 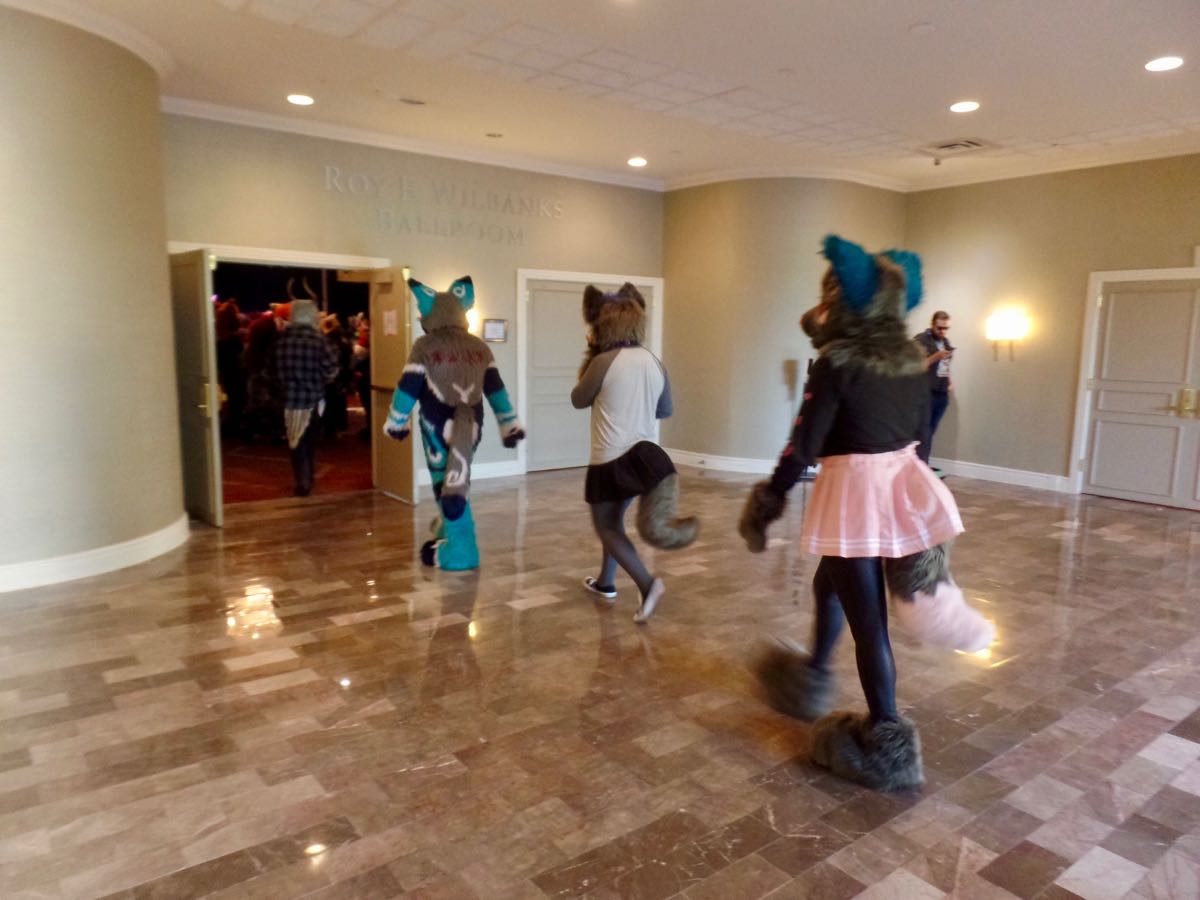 Stragglers getting in close to the marching hour. 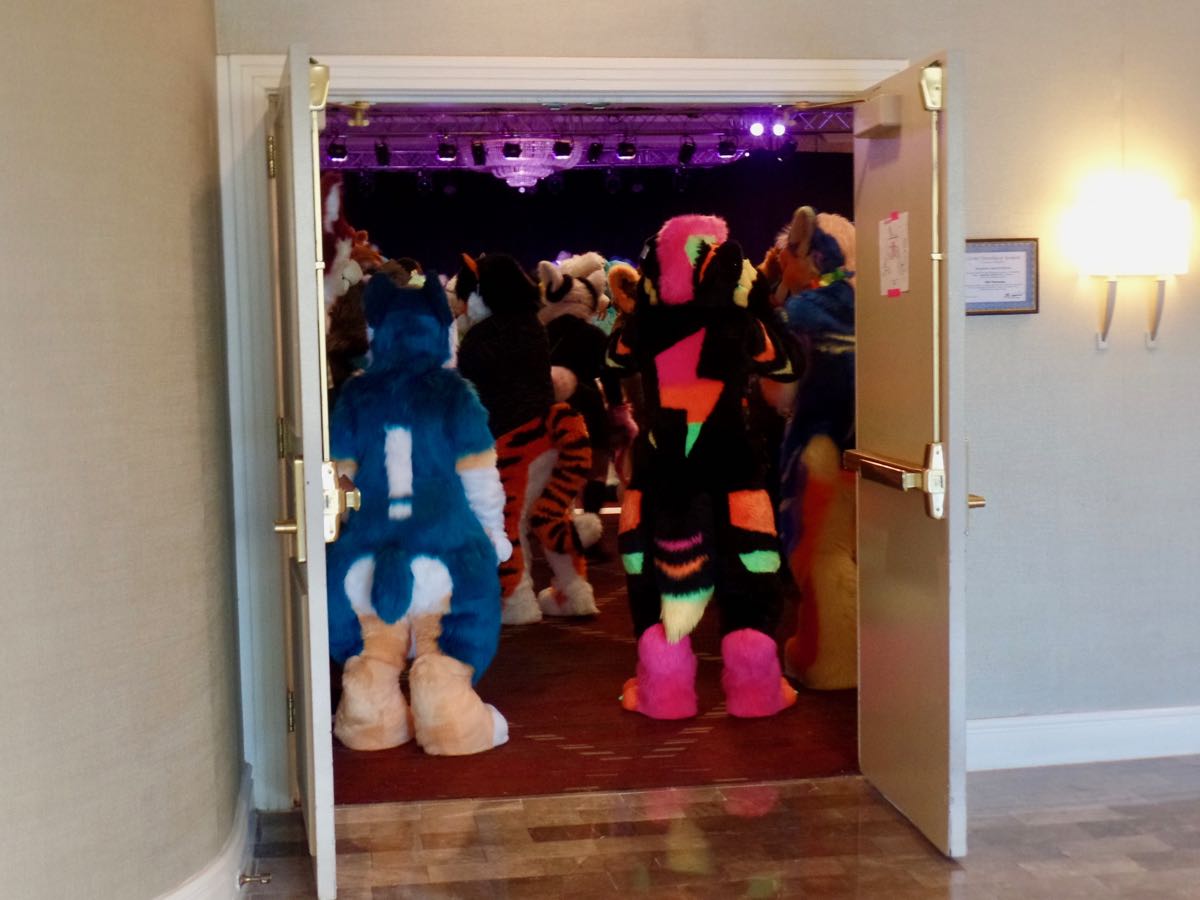 Fursuiters with cartoon exclamations in their back, ready for the parade. 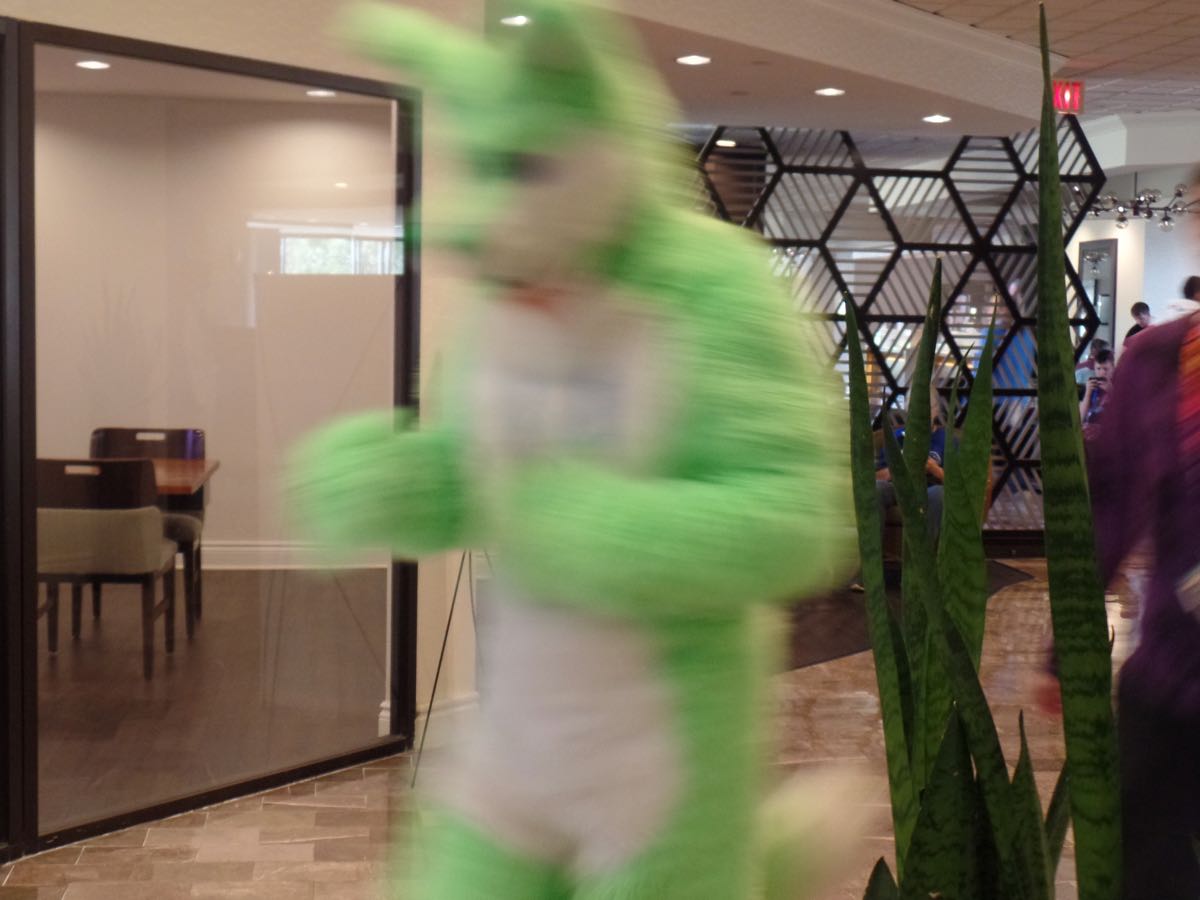 Green wolf hurrying along at warp speed before the parade starts. 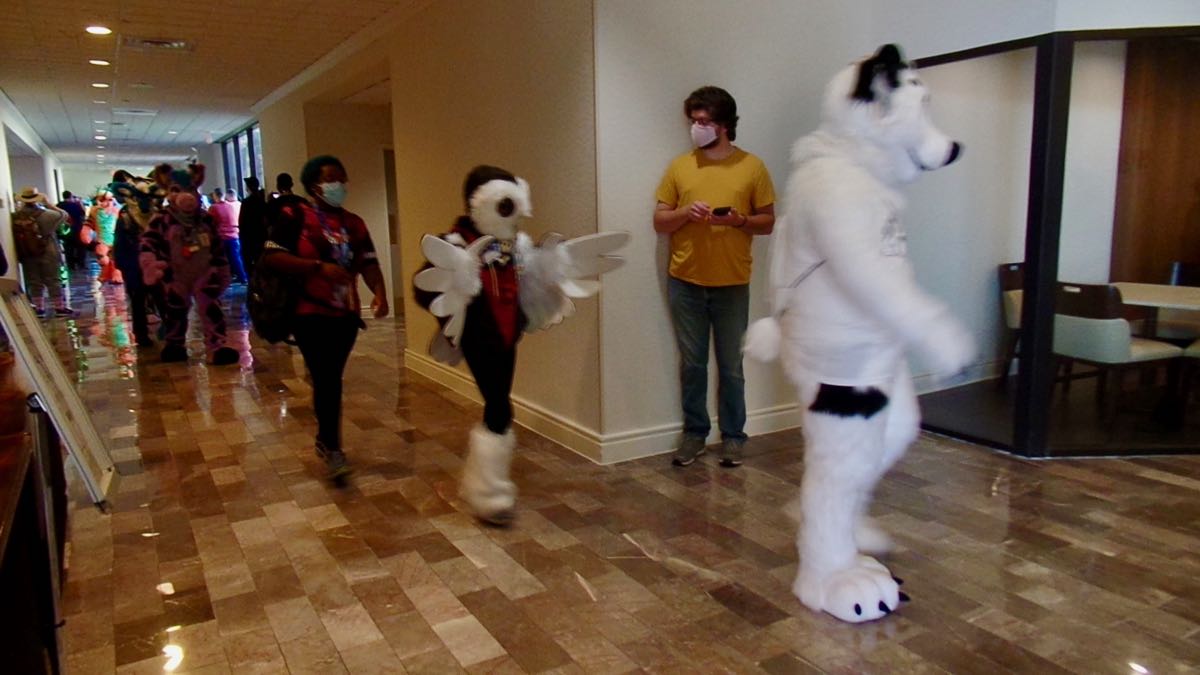 And here we go! This is actually a still from the movie I took. 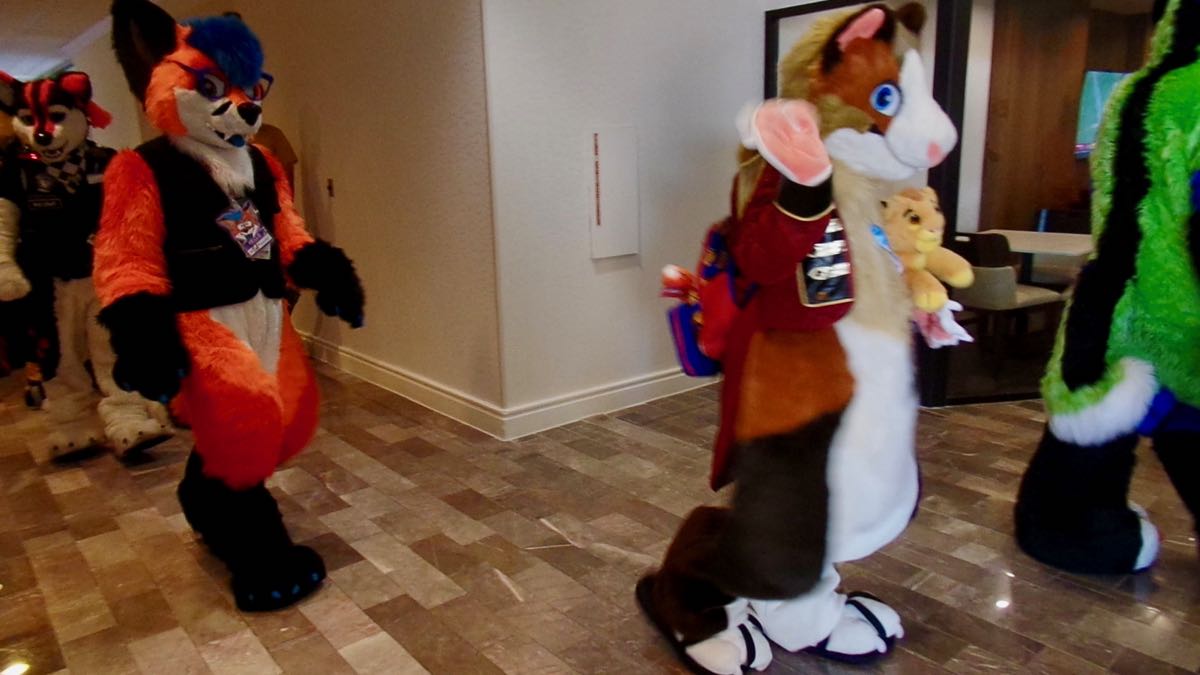 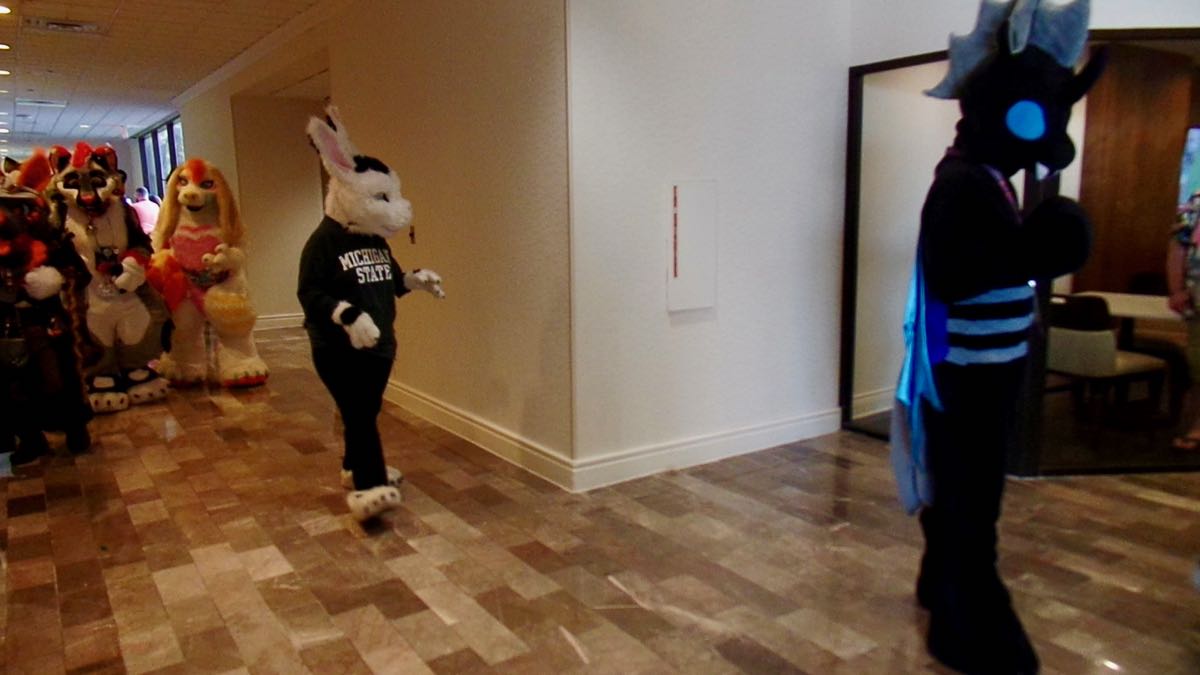 bunny_hugger trying her level best to stay close behind that My Little Pony character in front. 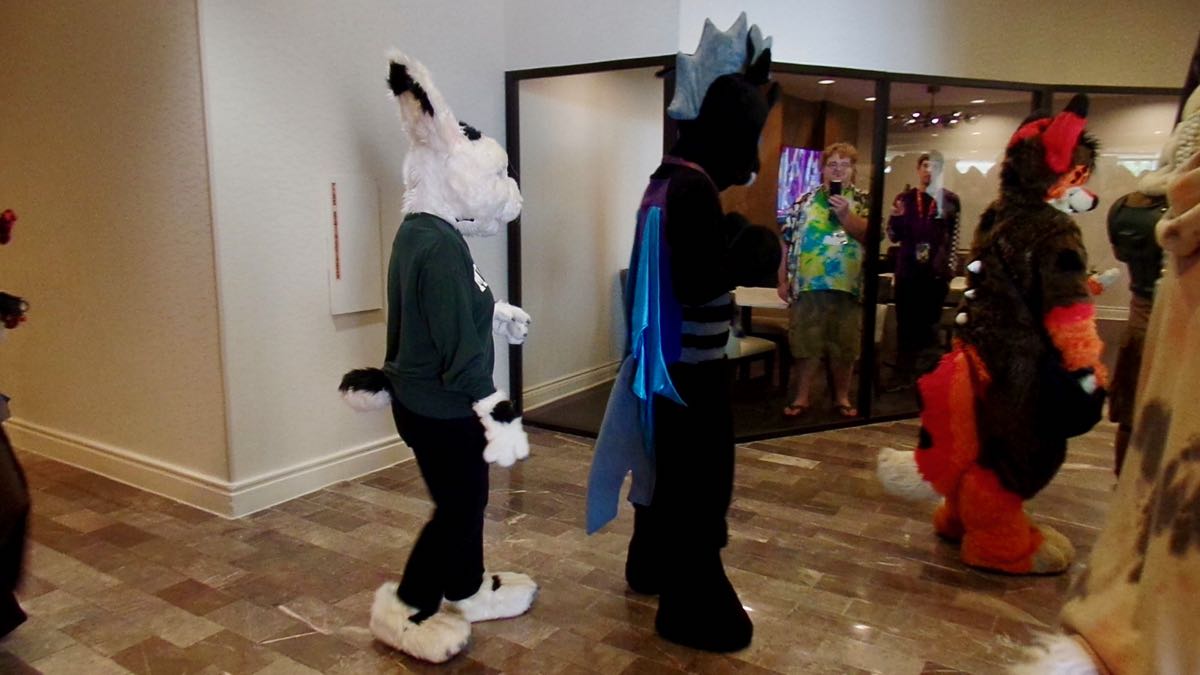 One of an estimated 400 stoppages during the parade. 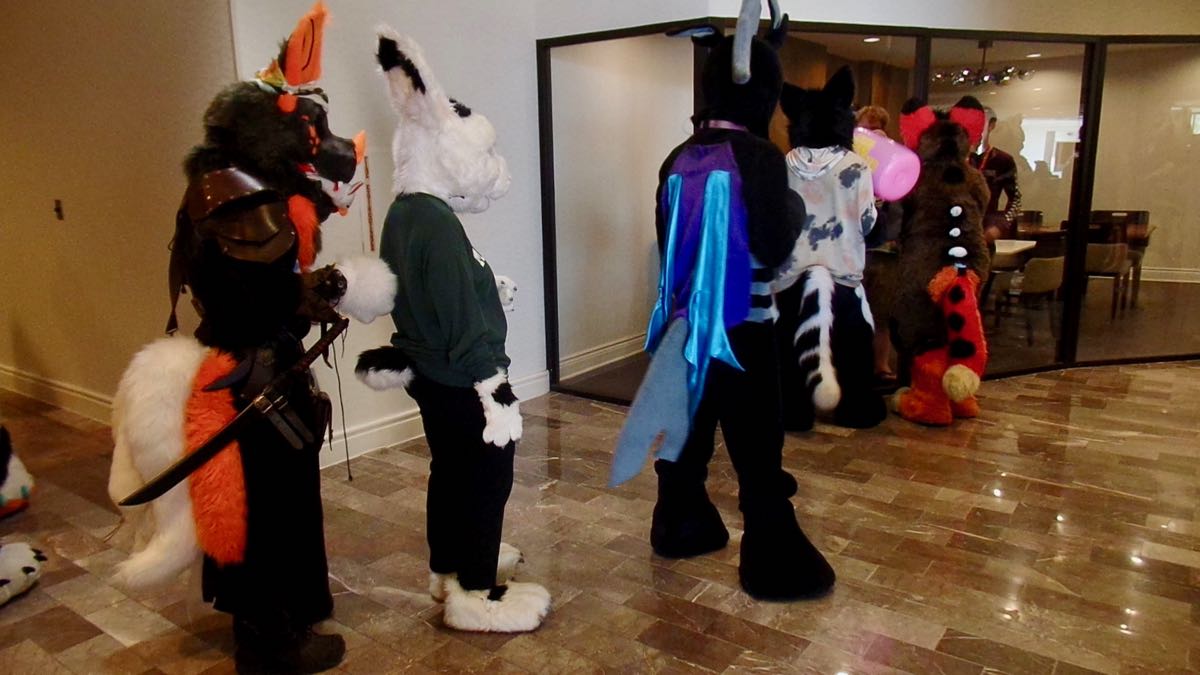 Maybe the parade would go more smoothly if everyone weren't going off to the side to do schtick with onlookers.

Trivia: The Ethyl Corporation, the patent-holder for producing leaded gasoline, was jointly owned by General Motors and Du Pont. Source: The Great American Motion Sickness: Or Why You Can't Get There From here, John Burby.

Currently Reading: Michigan History, May/June 2021. Editor Emily Allison. They had two issues at the bookstore and I ... don't know why they're not successive issues ... but I picked one arbitrarily to start reading anyway.