It's all too much

bunny_hugger's Facebonk memories for Halloween brought up a series of observations how it was a stormy, cold day and this might be the fewest trick-or-treaters ever. Our actual fewest trick-or-treaters ever was last year, ironically a pretty good day, but we understand them not coming around during the first plague year. This year, well, we were ready again, although we were for a while unable to find the candies because they were on the pantry shelf where they belonged. The weather returned to being cold and stormy, with all light going out about ten minutes before the start of the city's trick-or-treating hours.

But we did get one group in, maybe fifteen minutes in. They'd said they saw

bunny_hugger's post on the neighborhood site, so it seemed plausible we might get some more kids in. No luck, unfortunately. There's not enough people giving out candy on the street, and we're too far down the block to draw all but the most determined kids, or the ones who live on the block, for this.

The house next door seemed to be empty this weekend, which would at least have given us someone nearby. Too bad. Maybe next year.

bunny_hugger found a couple small pieces of candy, plus a Heath mini-bar, on the sidewalk. It's the first time we ended Halloween at a net gain.

Now let's move on to Sunday at Motor City Furry Con. This should be the last week of pictures from the con. 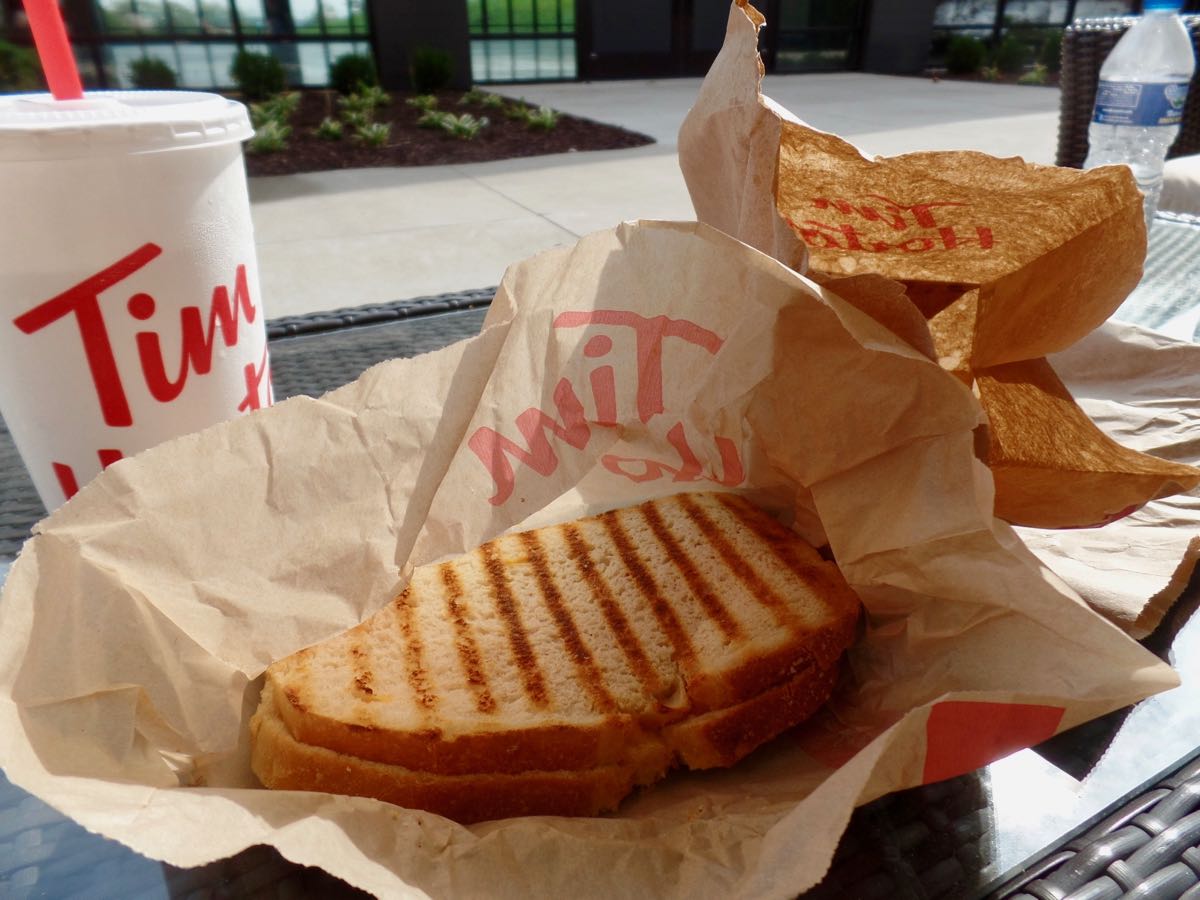 Lunch on Sunday: all that and a bag of chips (upper right). 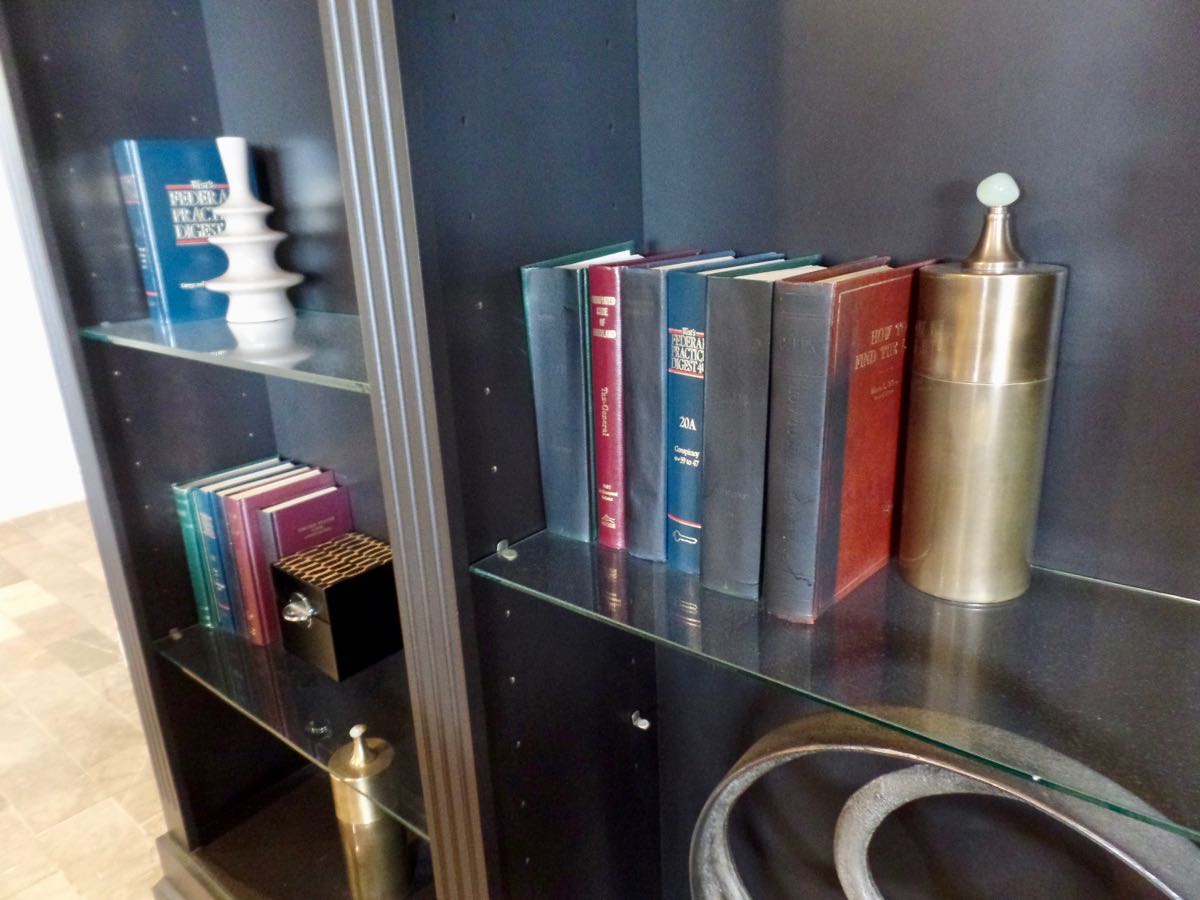 bunny_hugger pointed out the bookshelf at the hotel lounge/bar was your standard industrial Bookshelf That Never gets Used, with selections of books chosen because they were very cheap to get, such as obsolete editions of the law code of Maryland, a state not adjacent to any state adjacent to Michigan. 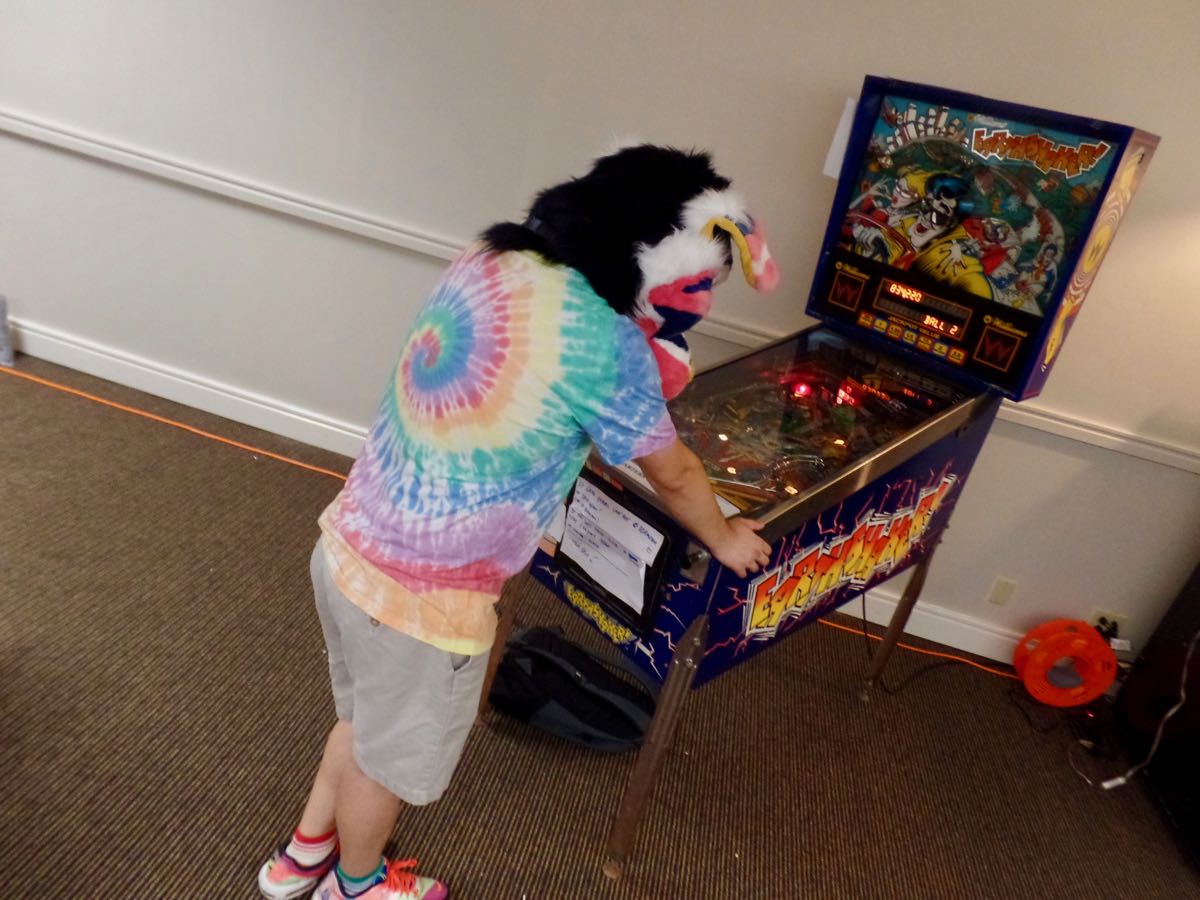 Somebody wearing a fursuit head to play Earthshaker. 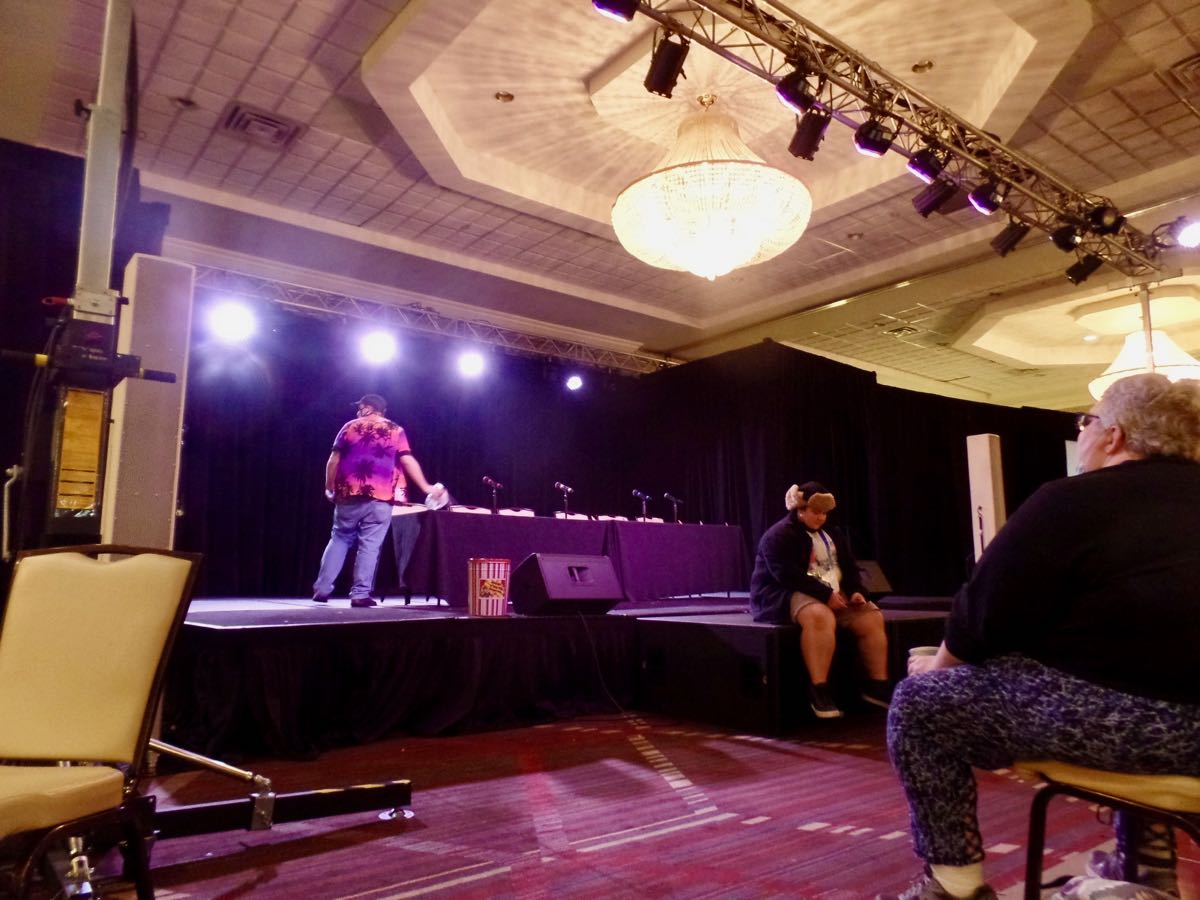 And ... how did it get this late already? Closing Ceremonies gathering together. 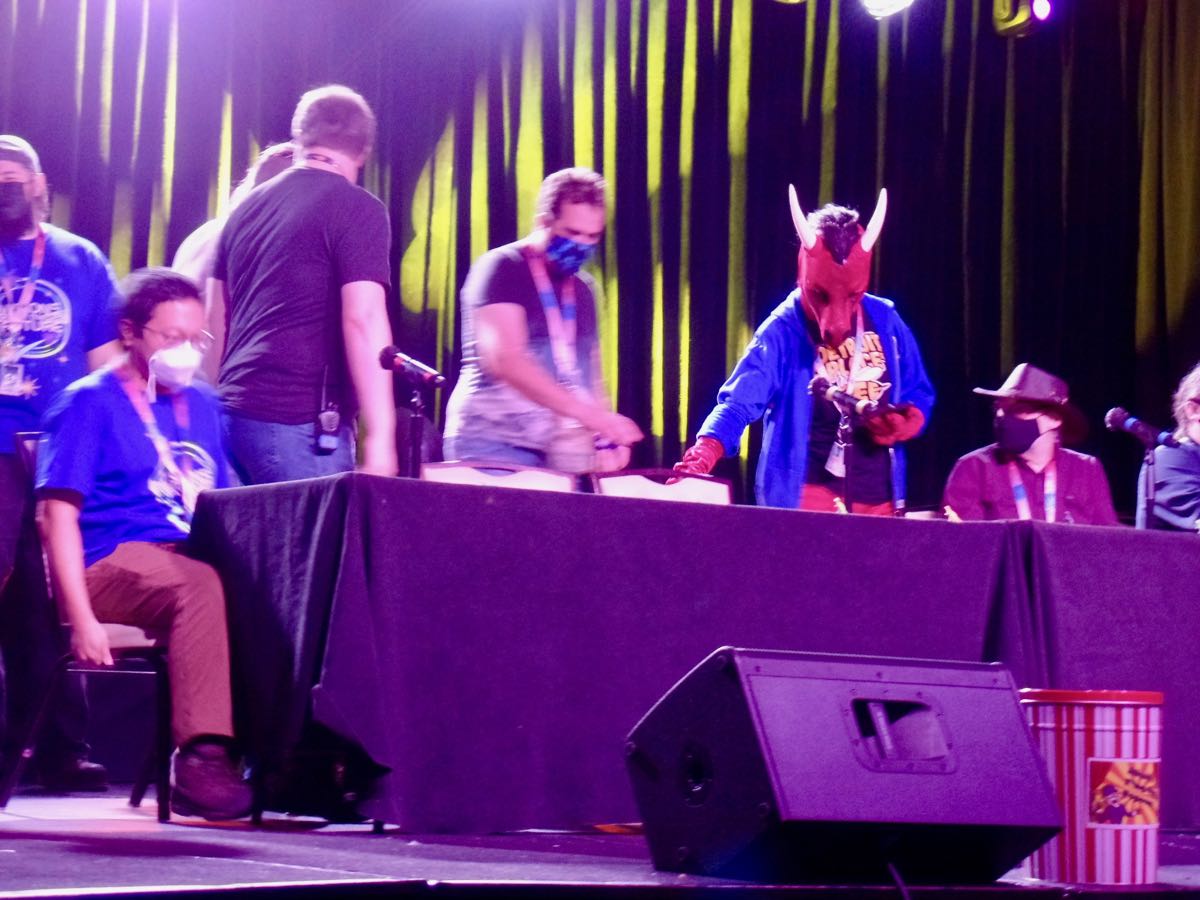 The convention committee sits down and waits for whatever it is they're always waiting for when these things start. 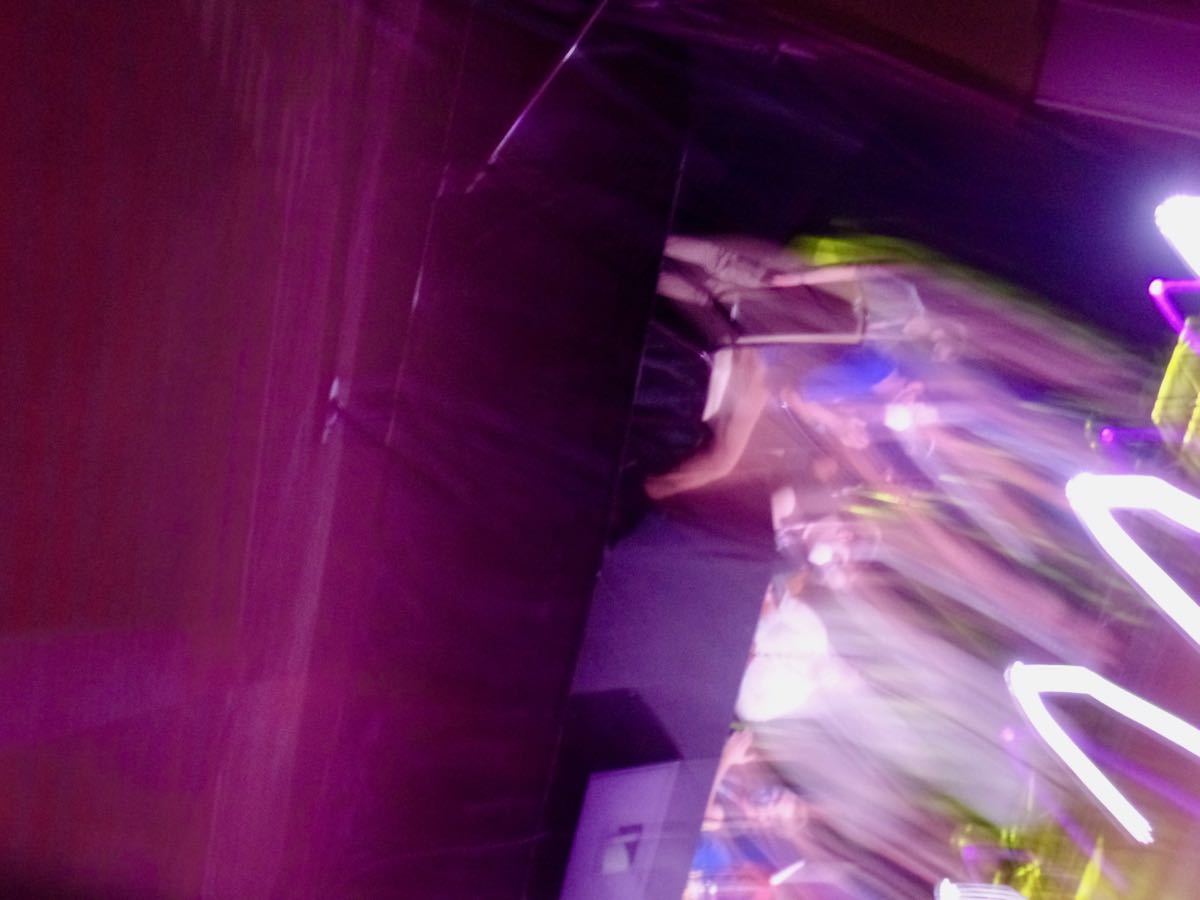 This was an accident but I love the ghostly streaks of light here.

Trivia: The first US-invented typewriter seems to date to William Austin Burt of Mount Vernon, Virginia, developed in the winter of 1828-1829, and patented 23 July 1829. Source: The Wonderful Writing Machine, Bruce Bliven Jr. (Burt had been elected to the Michigan Territorial Legislature a few years earlier and facing the glut of paperwork felt that something should be doable.)

Currently Reading: Screwball! The Cartoonists Who Made the Funnies Funny, Paul C Tumey. Wait, so Elzie Segar co-wrote a novel, The Sea Hag, about Popeye and his most interesting nemesis and it's never seen the light of day? (King Features refused to allow publication.) This is danged interesting.