It's all too much for me to take

Little to report today (but watch this space), so let's have a little more floating around Motor City Furry Con's after-hours stuff. 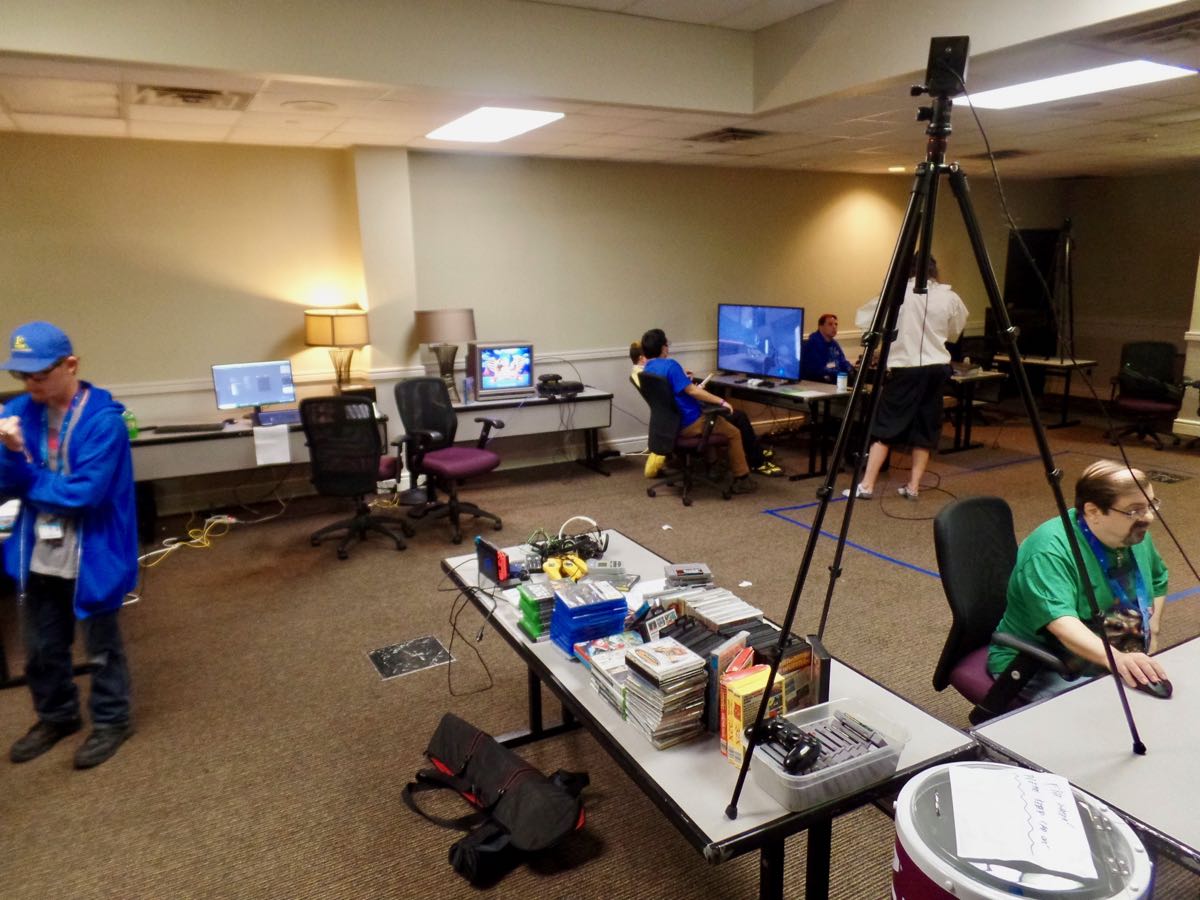 The arcade room's winding down for the night. 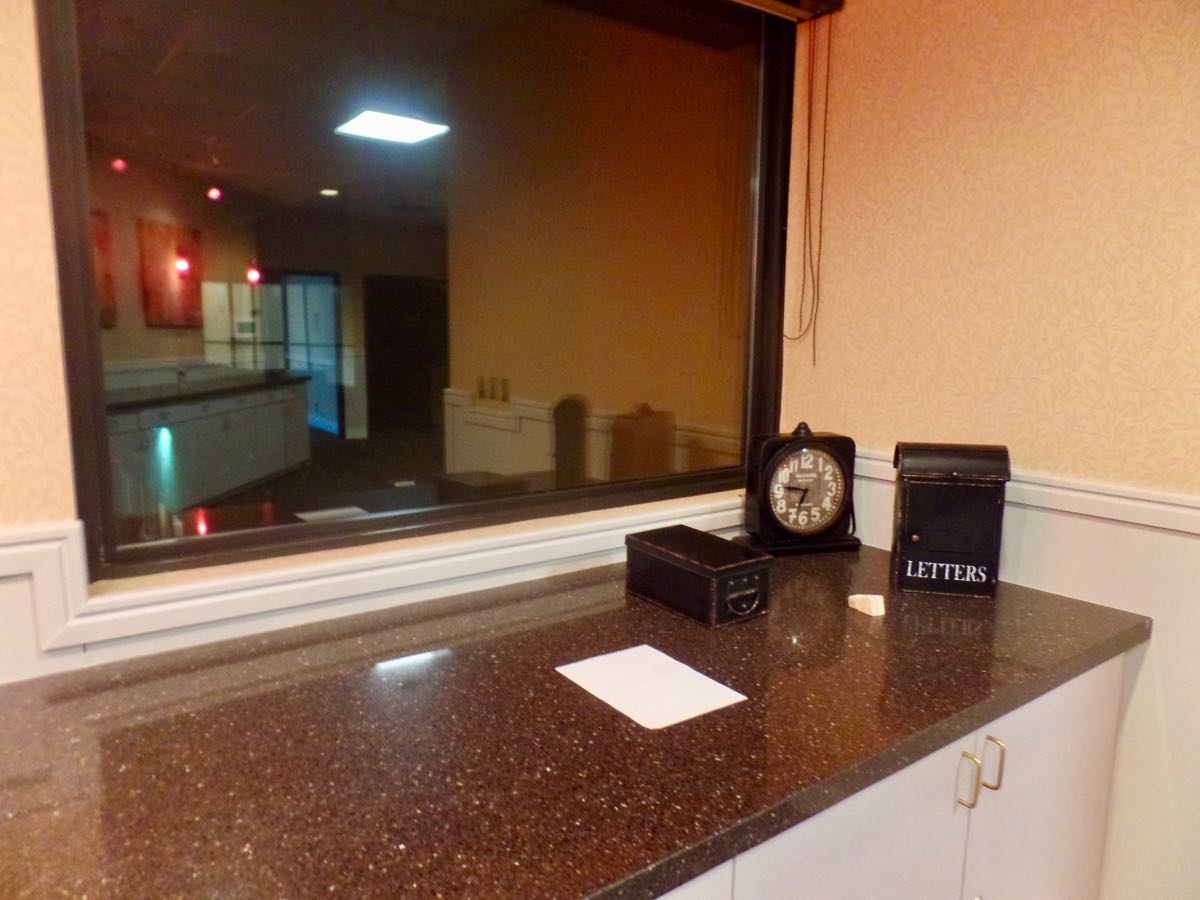 We went exploring now-empty parts of the hotel and found this vintage mail drop and clock and stuff, which reminded me of similar arrangements at the old Morphicon/AnthrOhio Holiday Inn down outside Columbus. Apparently hotels have a procedural generator that makes this sort of thing? My best guess anyway. 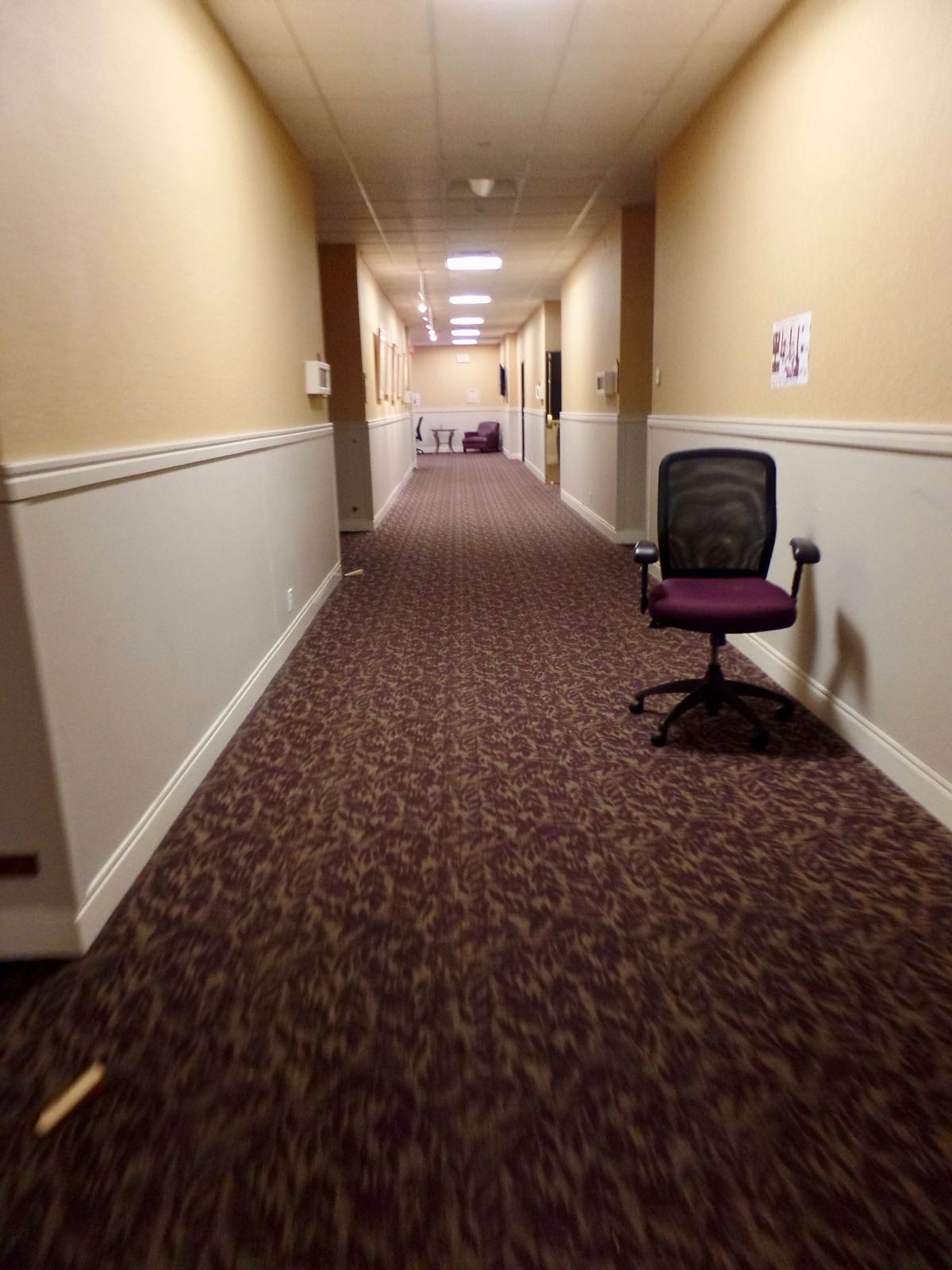 Down the hallway that held panel rooms and the Dealers Dens and all that, now that there's nothing but chairs feeling awkward that someone caught them out here. 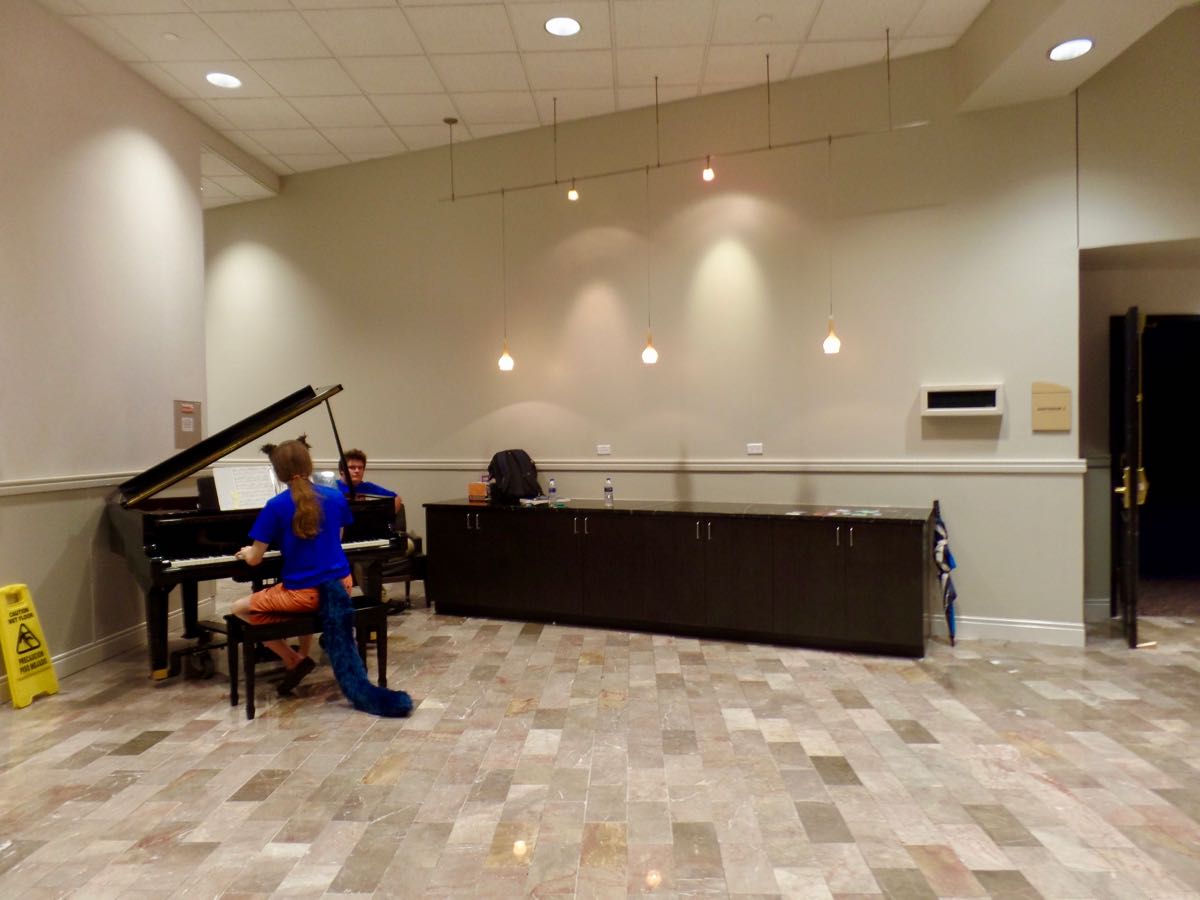 The piano again, with an even smaller crowd than Saturday night, and nobody trying to figure out ``Bohemian Rhapsody''. 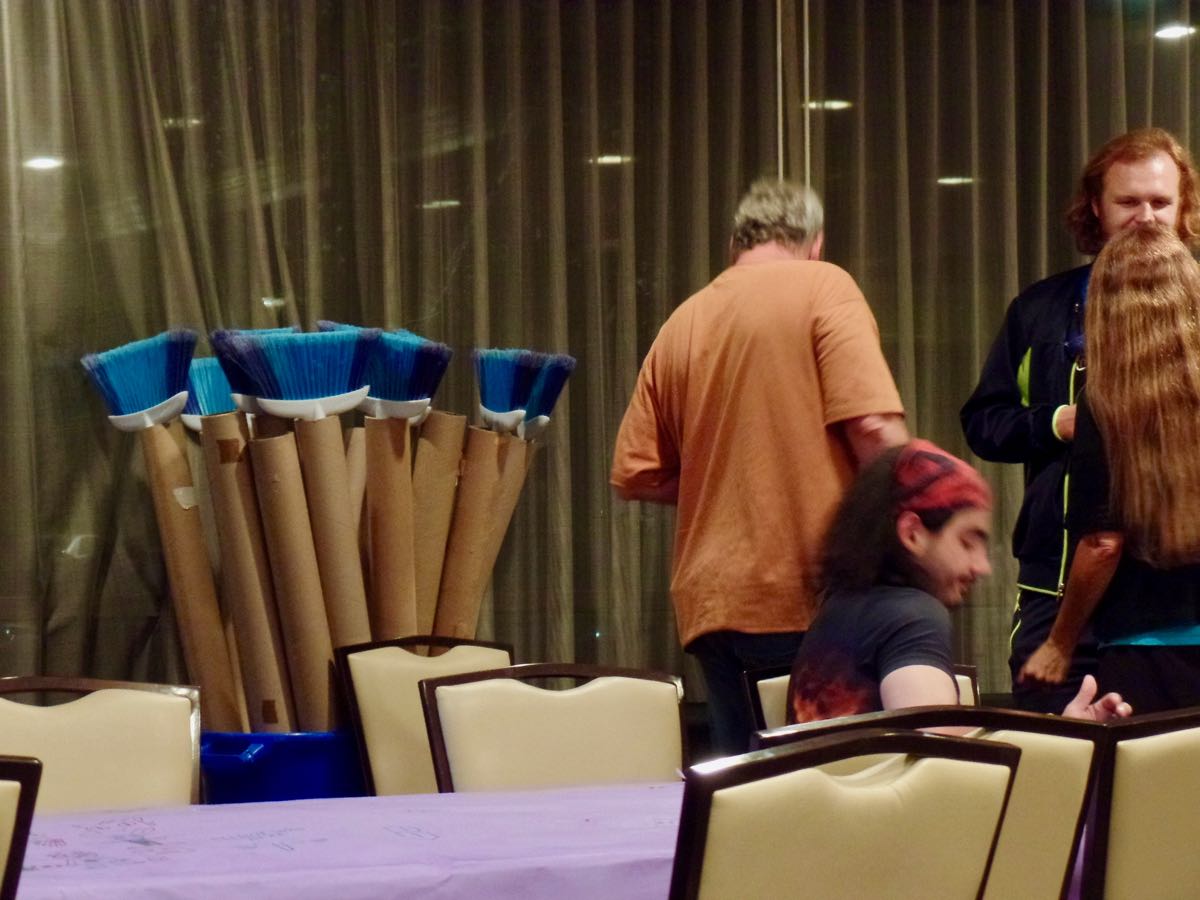 I ... didn't notice a bucket full of new brooms wrapped in cardboard before but I can't rule out they were there all the time?

Trivia: On his arrival in Lancaster, Pennsylvania, in 1888, Milton Hershey had to ask the teamster who hauled his candymaking machinery from the railroad depot to a warehouse room for credit to cover the fifty-cents hauling charge. Source: Hershey: Milton S Hershey's Extraordinary Life of Wealth, Empire, and Utopian Dreams, Michael D'Antonio.