The love that's shining all around you

Let me finish off pictures from Motor City Fur[ry] Con 2021, and then you can puzzle over the mystery of what comes next in my photo roll. You already know it can't be amusement parks, and while I've talked a little about pinball events it's not like there's been anything big, sooooo, what could there be? Hm ... 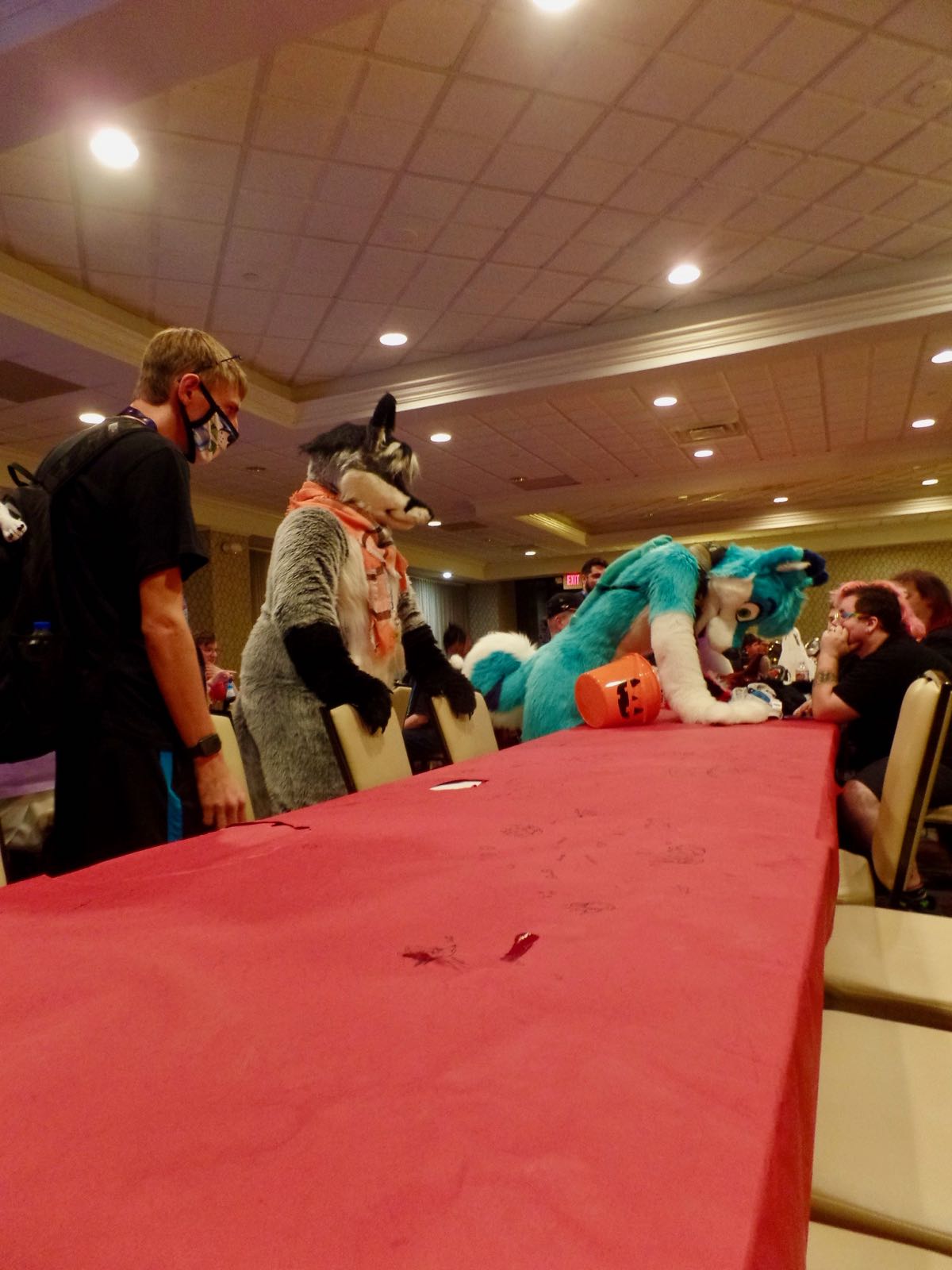 Fursuiters come in to have a head-to-head with the rest of us. 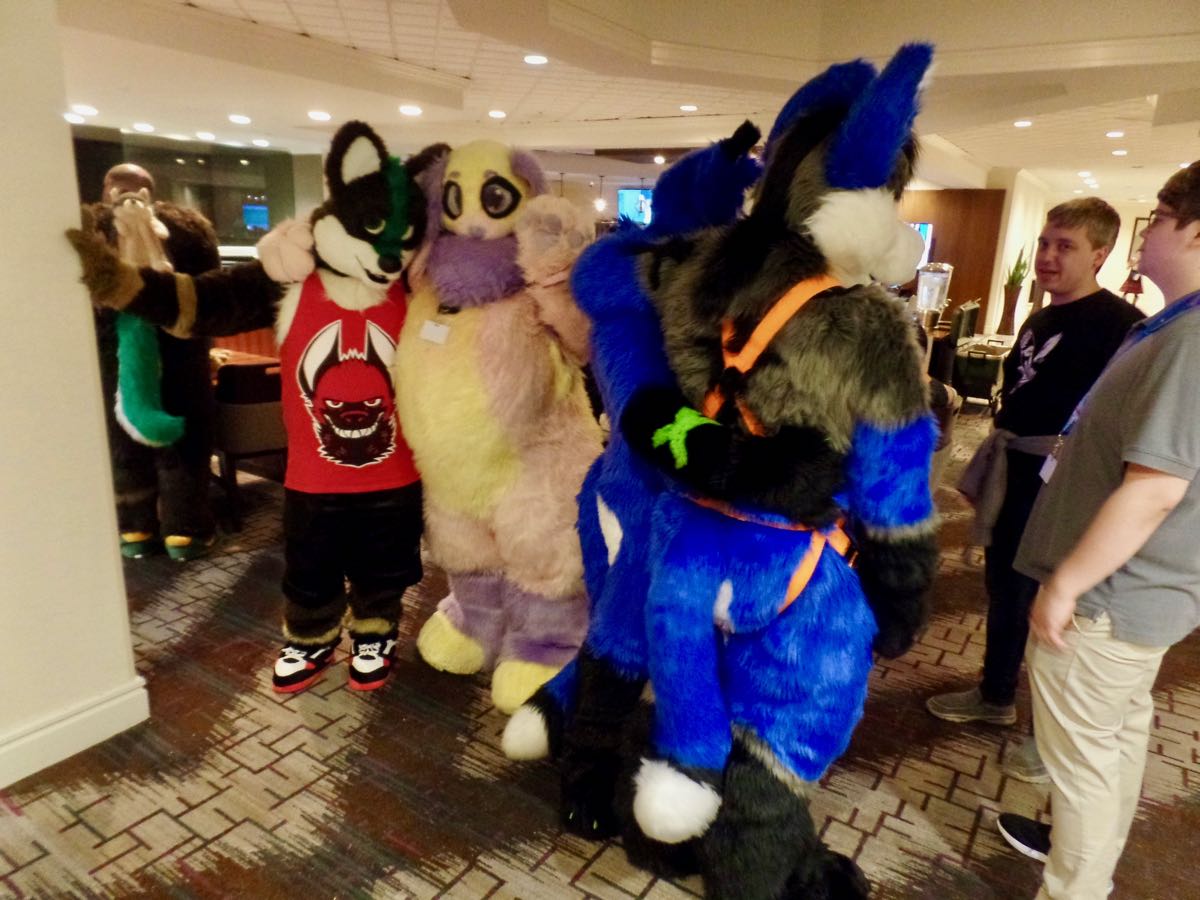 Bunny and other fursuiters in the hotel lounge. 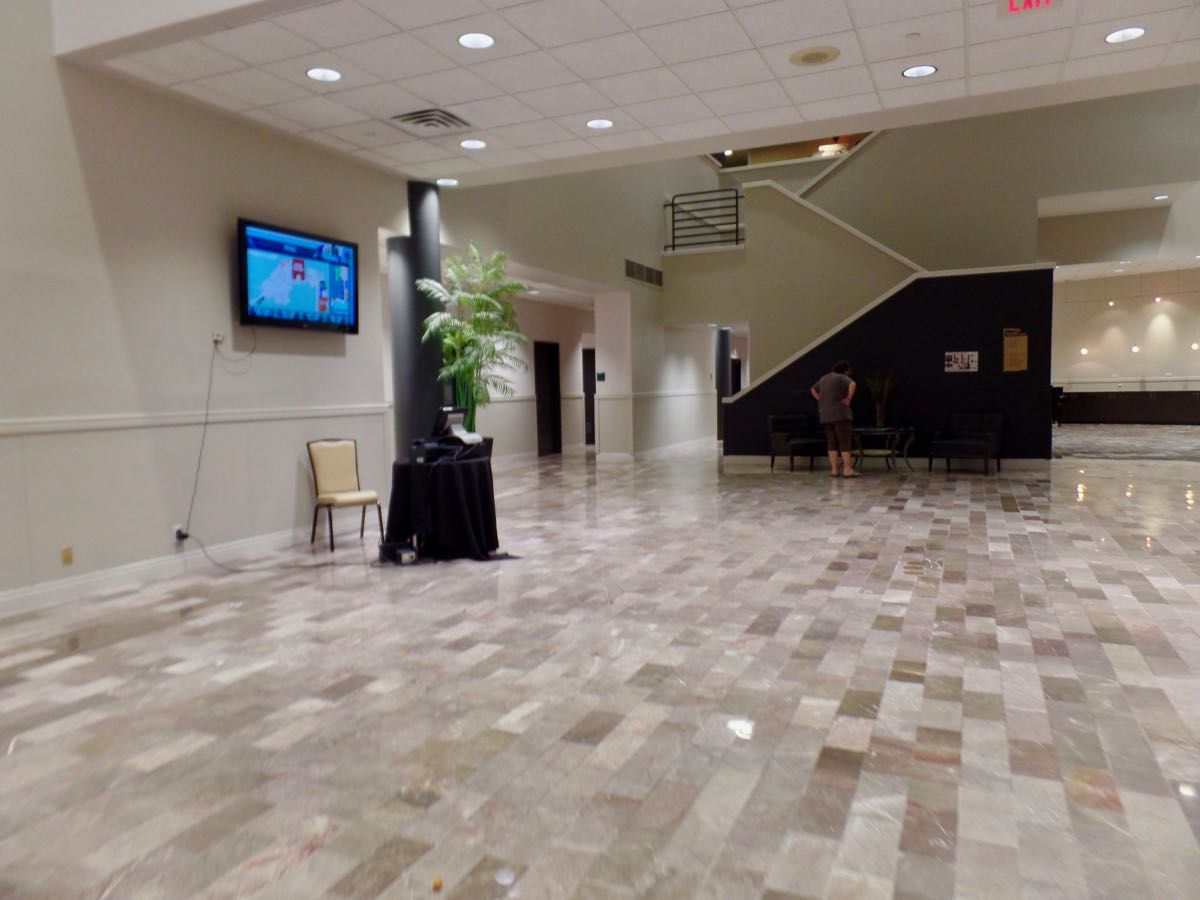 And there's a convention all cleaned up; this was where the to-go tables were, and the Fuzzy Logic signup and all that. 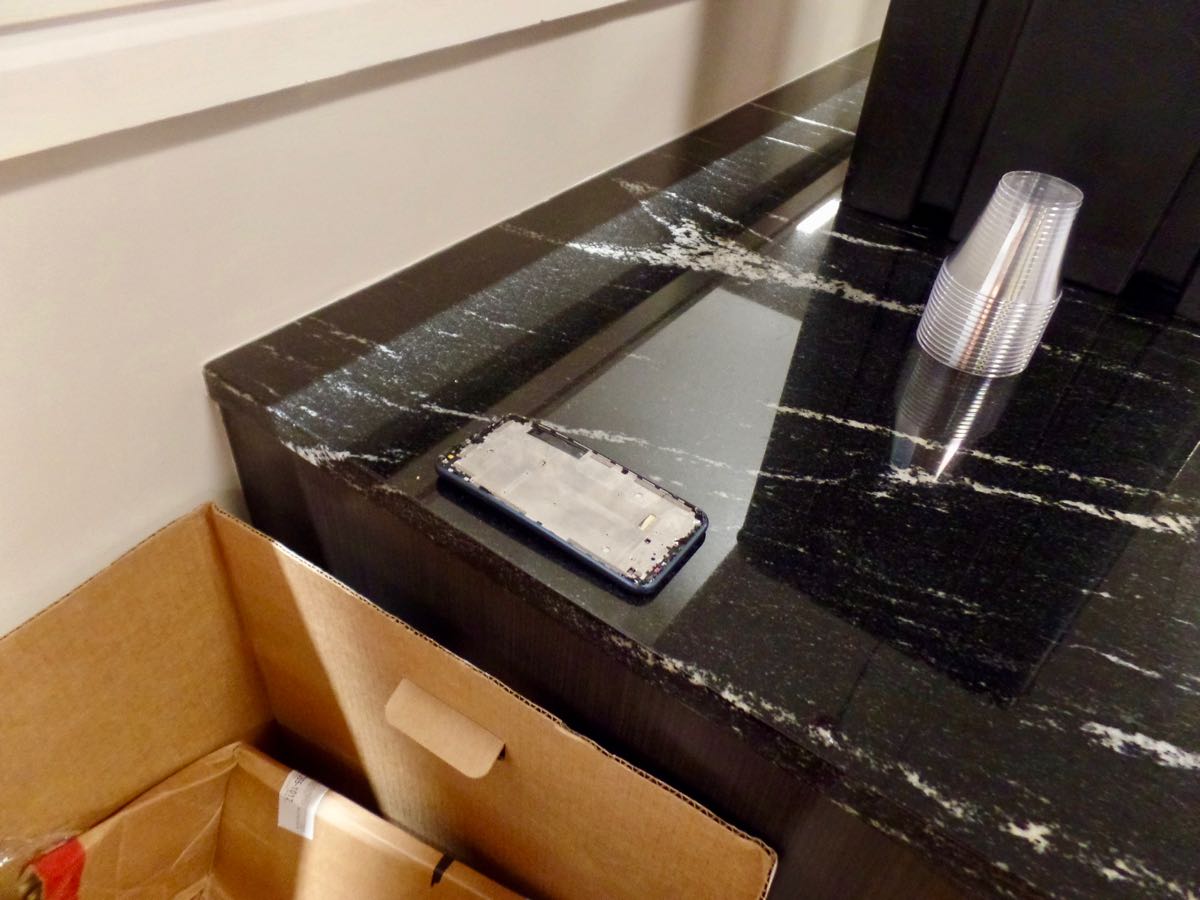 This was a weird little bit, about half of a cell phone abandoned face-down on a table, beeping every several seconds. 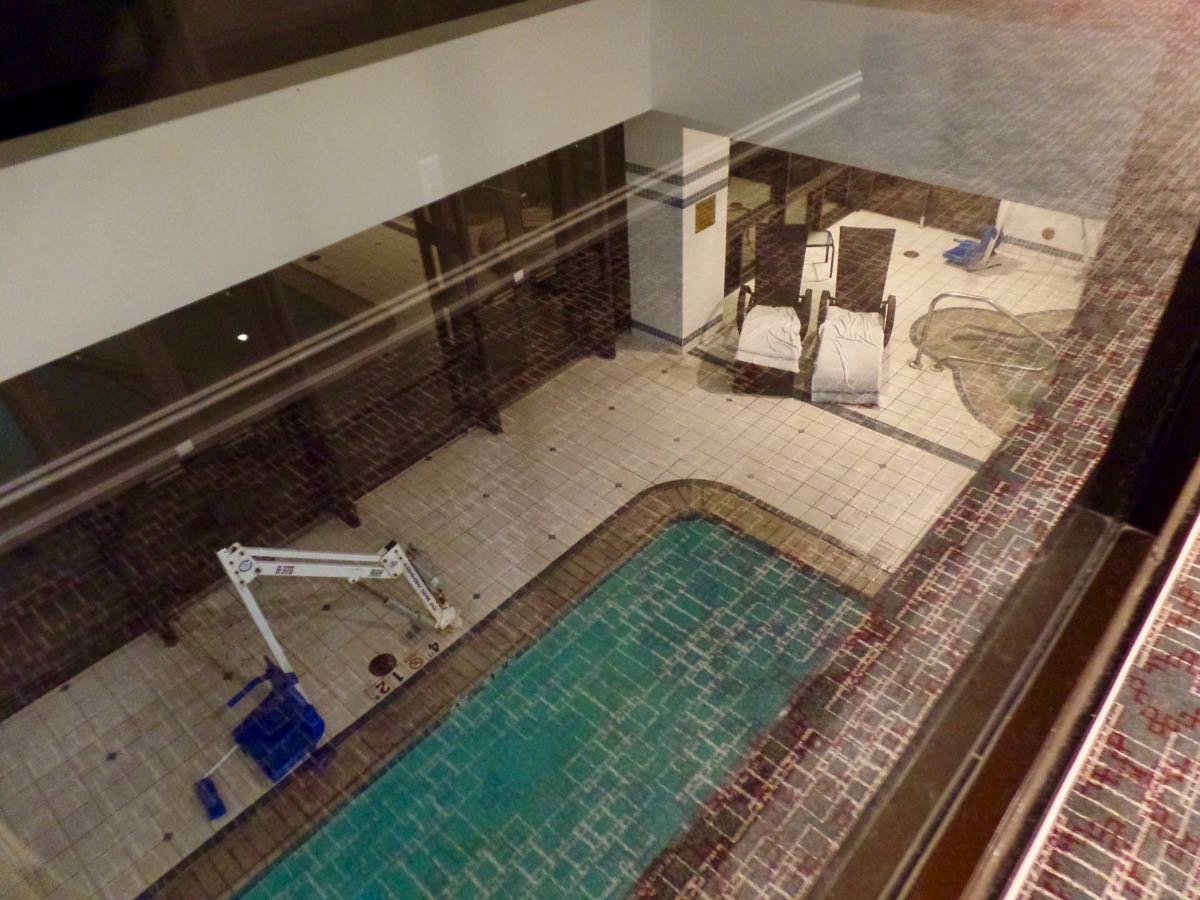 I found the hotel pool! Nobody was swimming there, either. 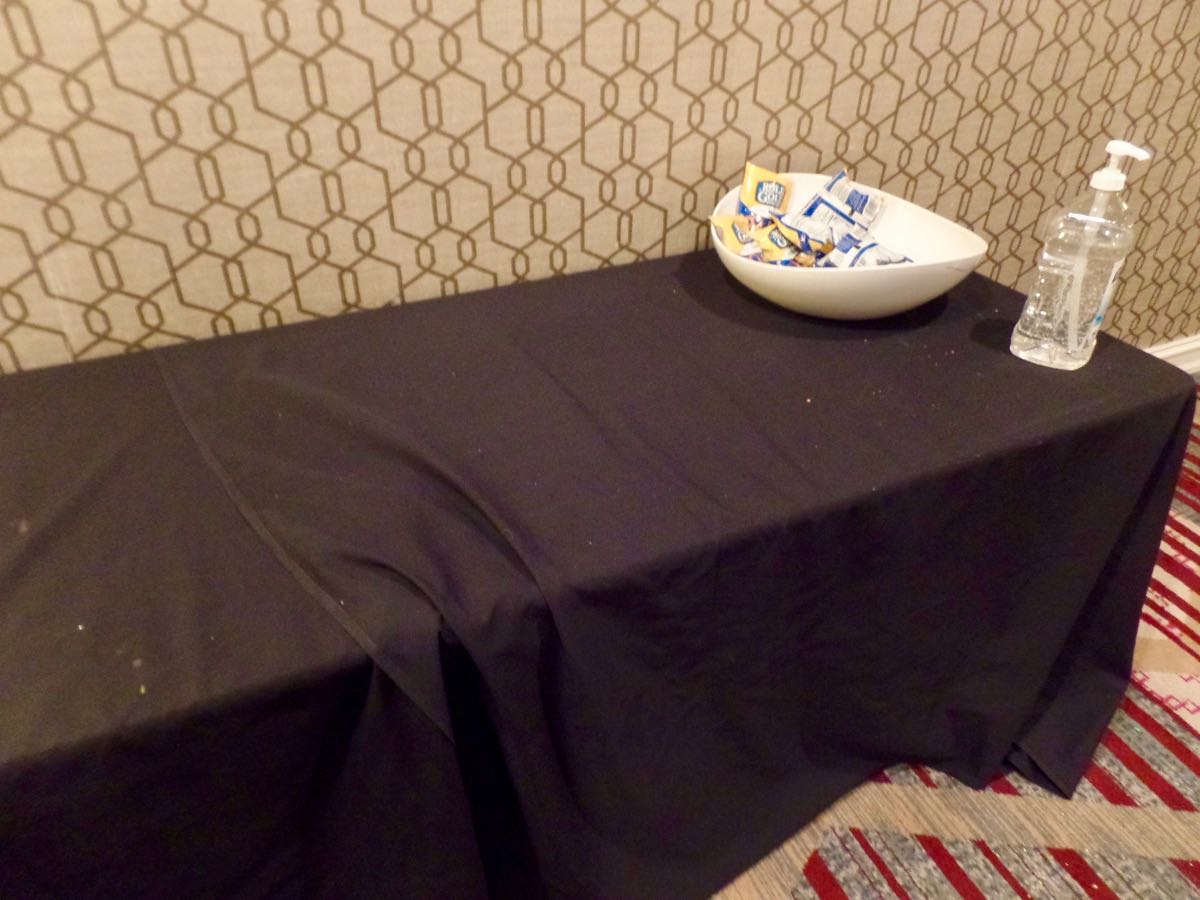 And one last visit to con suite. Everything's been eaten except a couple bags of small hard pretzels.

Trivia: Elmer Imes, first person to take high-resolution spectrums for hydrogen chloride, hydrogen bromide, and hydrogen fluoride molecules, was in 1918 the second Black American to earn a PhD in physics. (He studied at the University of Michigan.) Source: The Disordered Cosmos: A Journey Into Dark Matter, Spacetime, and Dreams Deferred, Chanda Prescod-Weinstein. His work showed that the spectrums made sense only if quantum mechanics was correct.