Makes no difference where you are

Turns out I can carry on something that resembles a normal week on my humor blog if I pack it with reprinted material. I'll accept that. Run over there this past week have been:

And now, let's move on to some carved pumpkins. 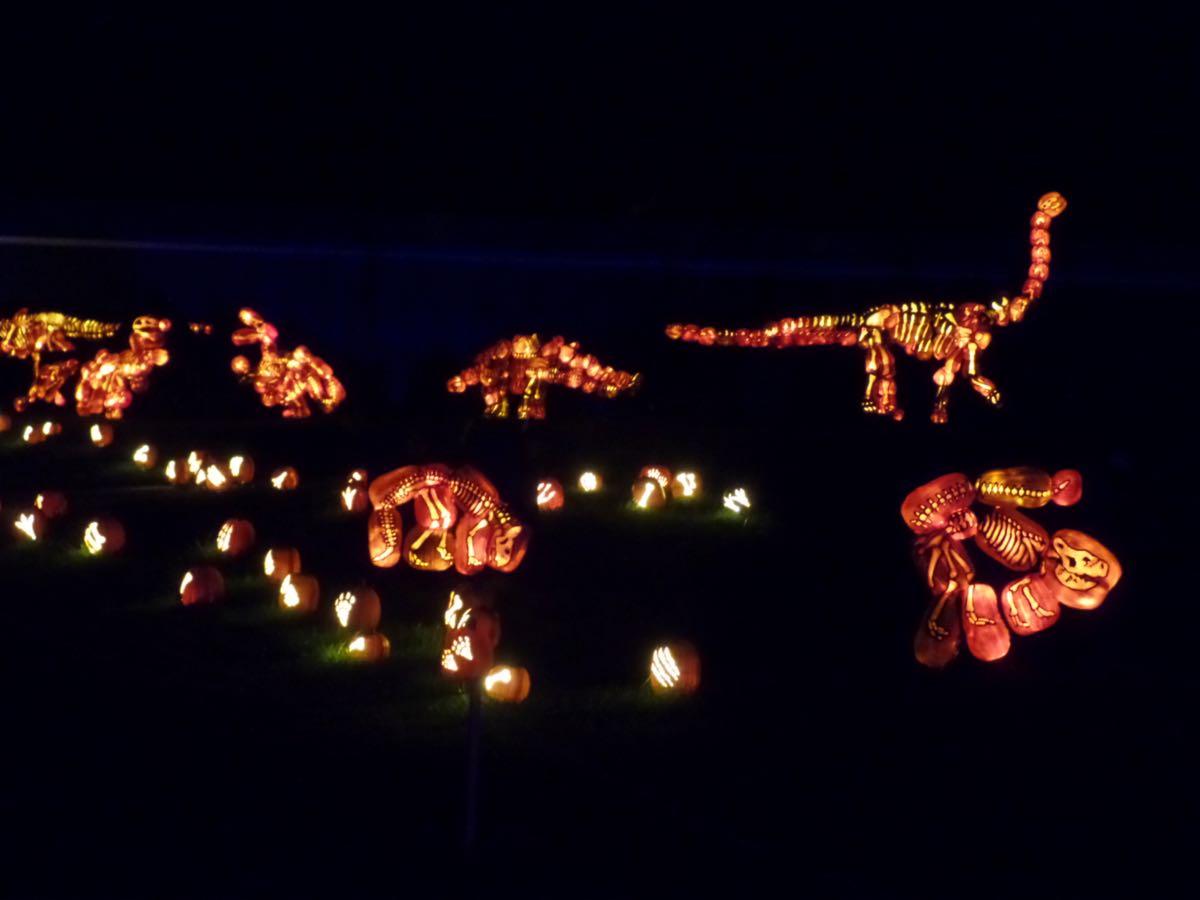 And now the jack-o-lanterns move into dinosaurs. 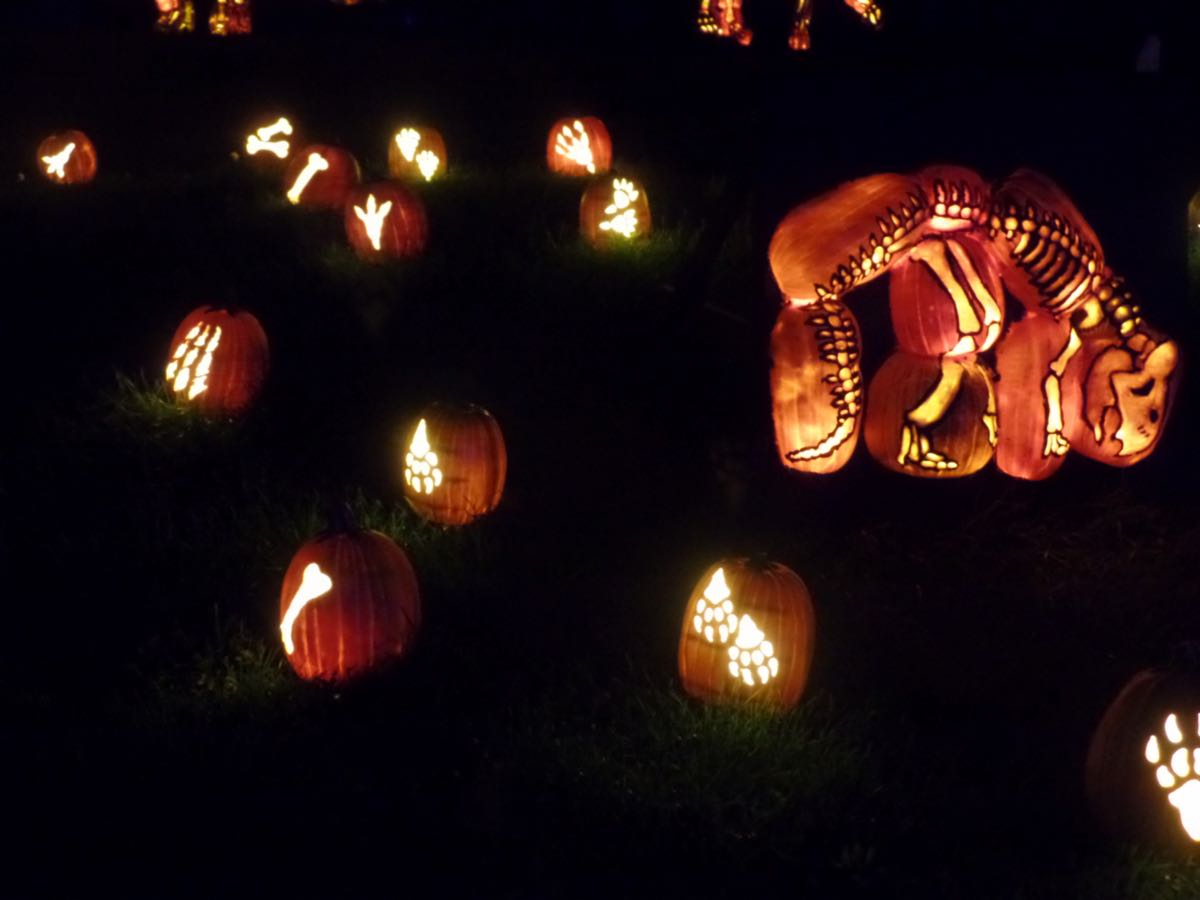 Footprints and bones in the pumpkins, alongside the full skeletons. 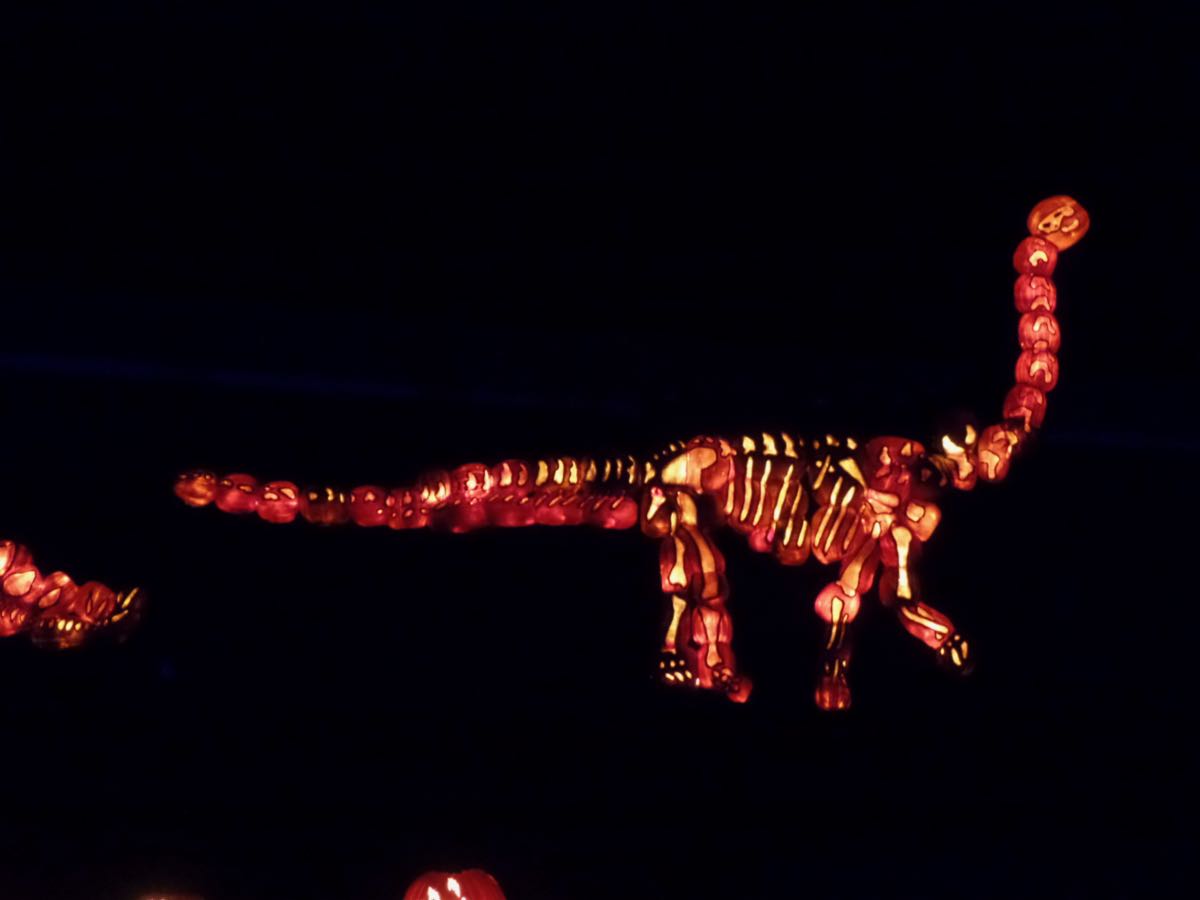 And here's the skeleton of a coati walking backwards, always glad to see. 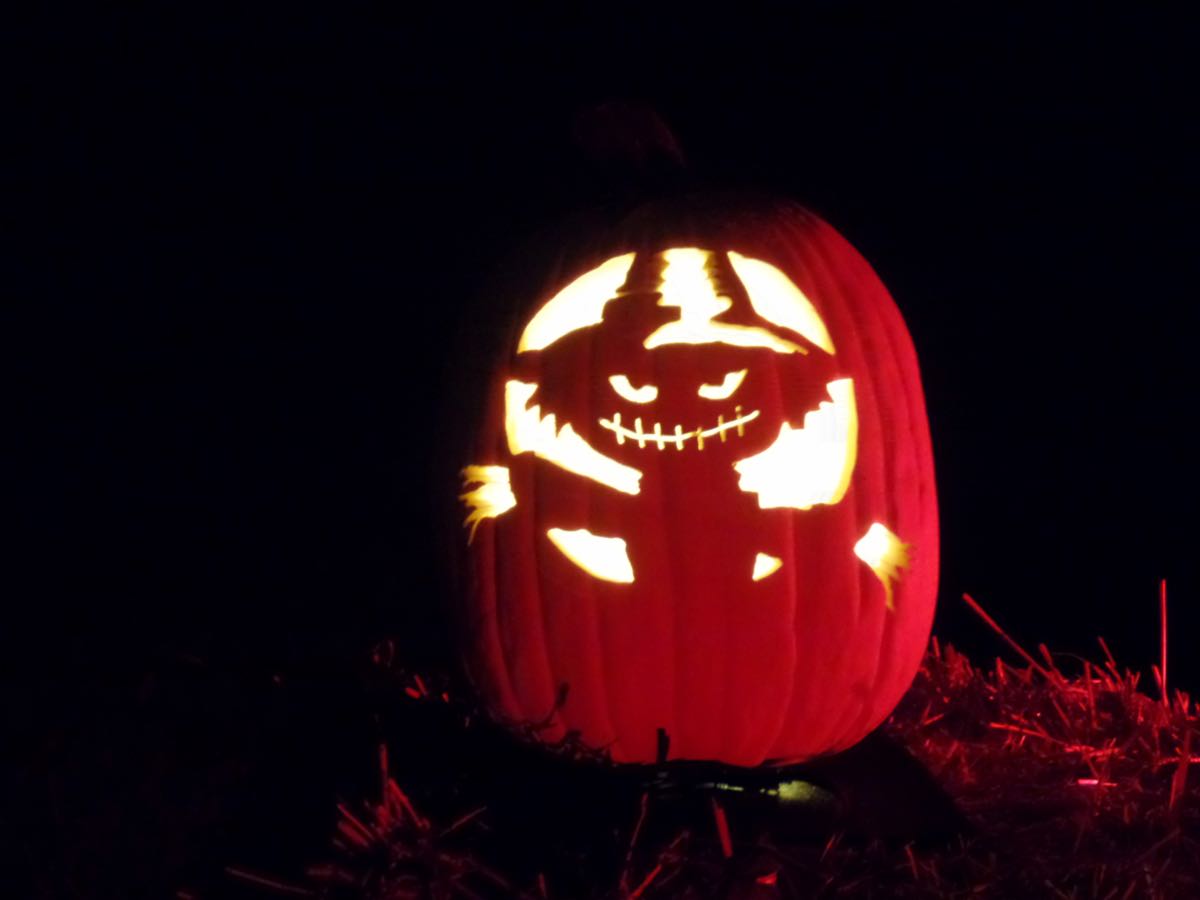 Really impressed with the way this figure conveys arms reaching past the spotlight. 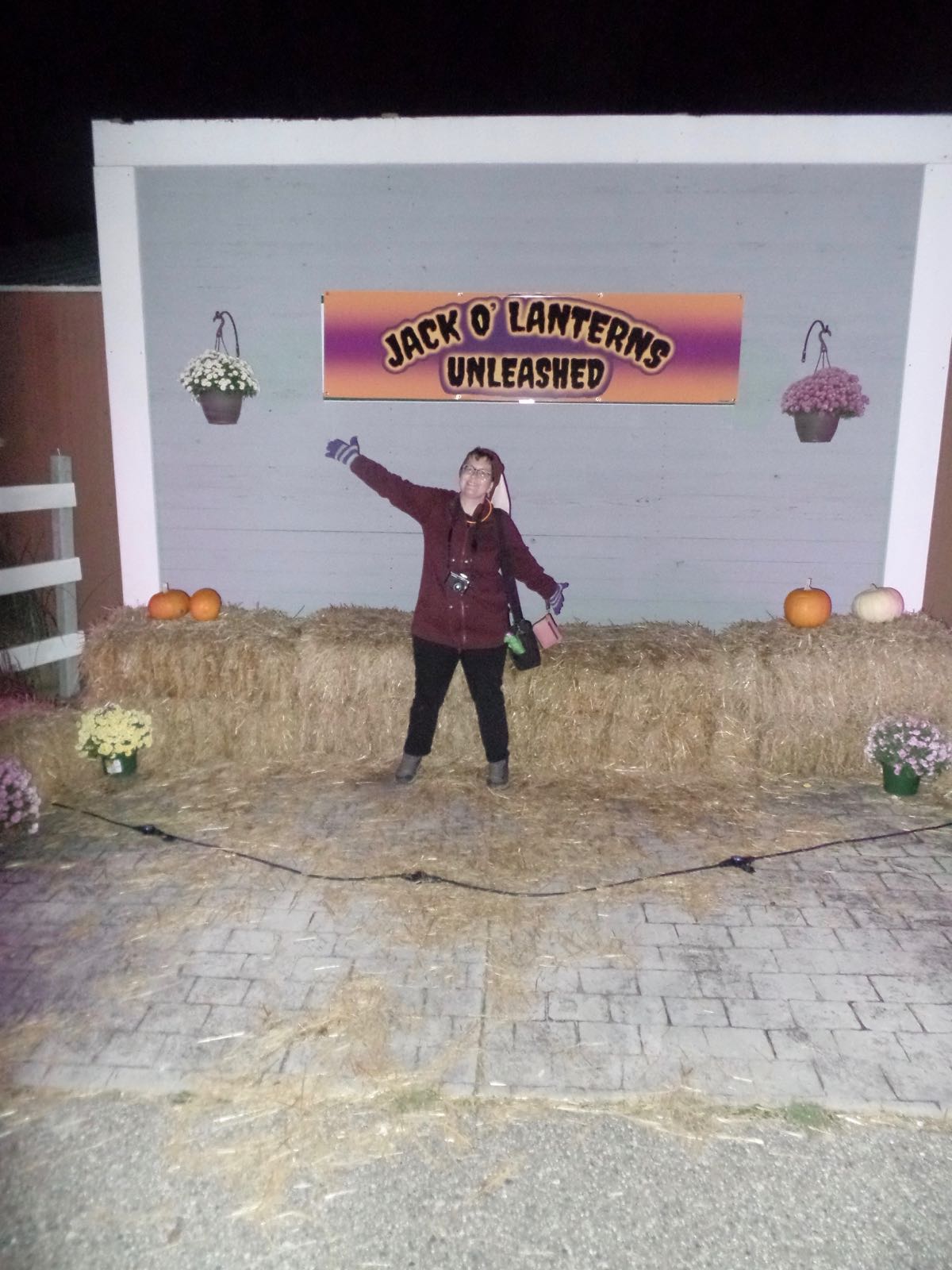 They had a ``selfie station'' so of course we used it wrong. 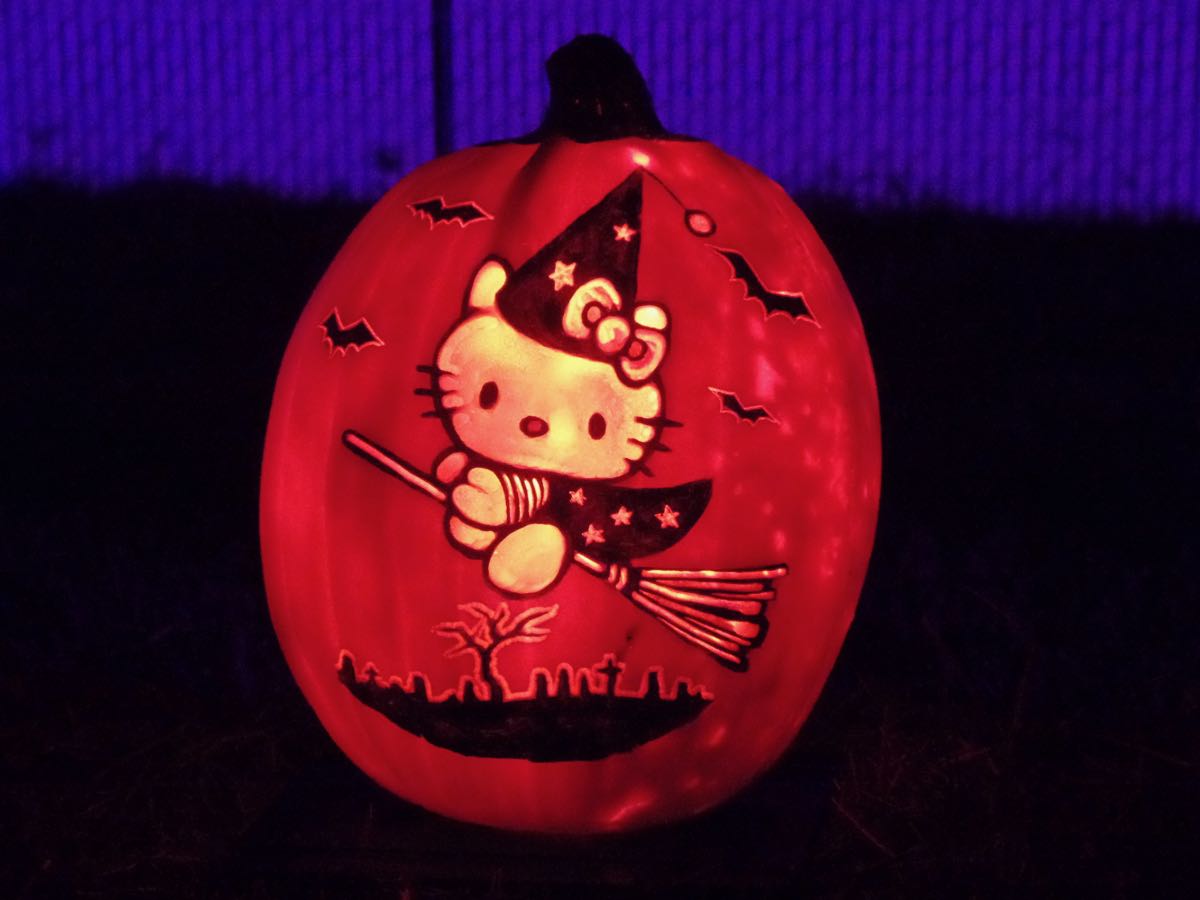 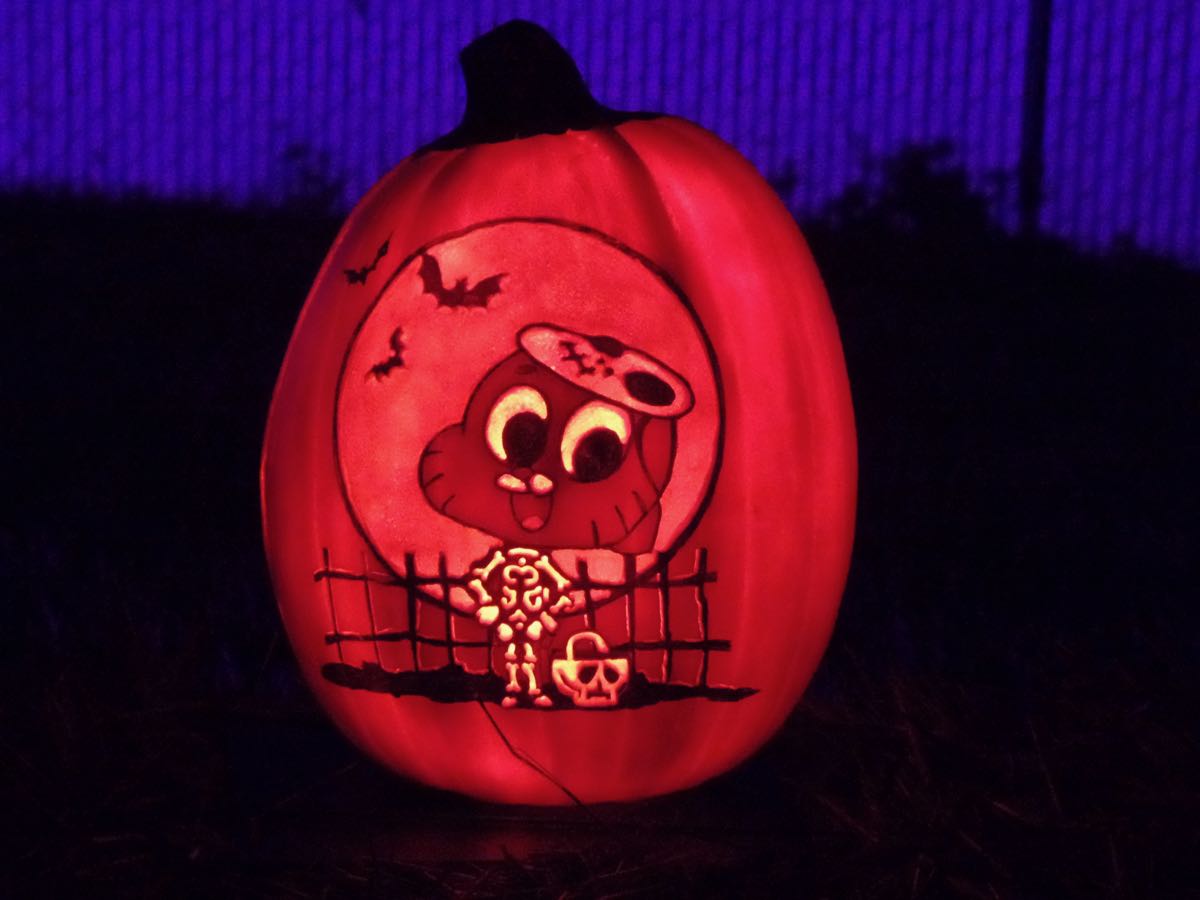 And oh, it's ... uh ... beloved animation character ``that character that I glance at and see Rocky the Flying Squirrel but it's actually something from something that came out in the last half-century instead''! 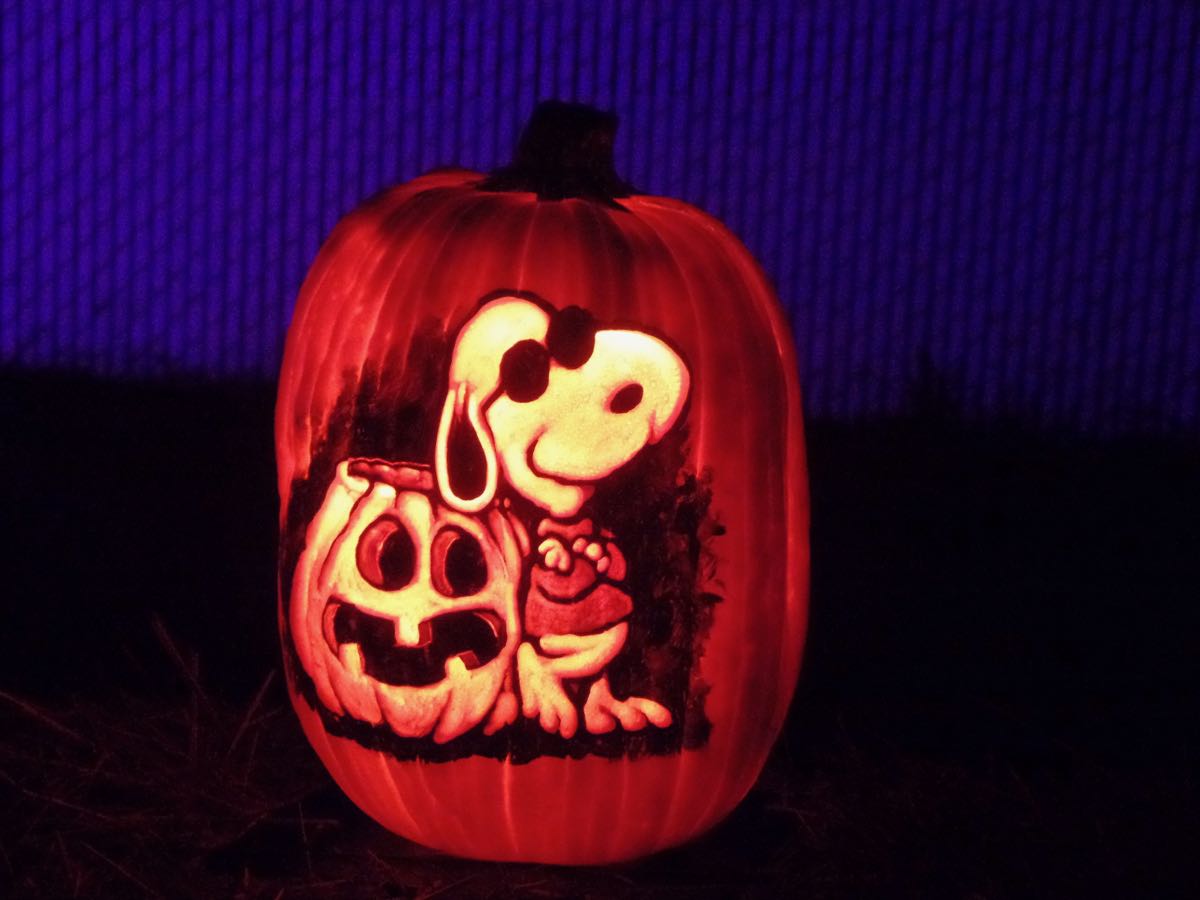 Joe Cool beside a pumpkin that's really got the look of a Chalres Schulz jack-o-lantern. 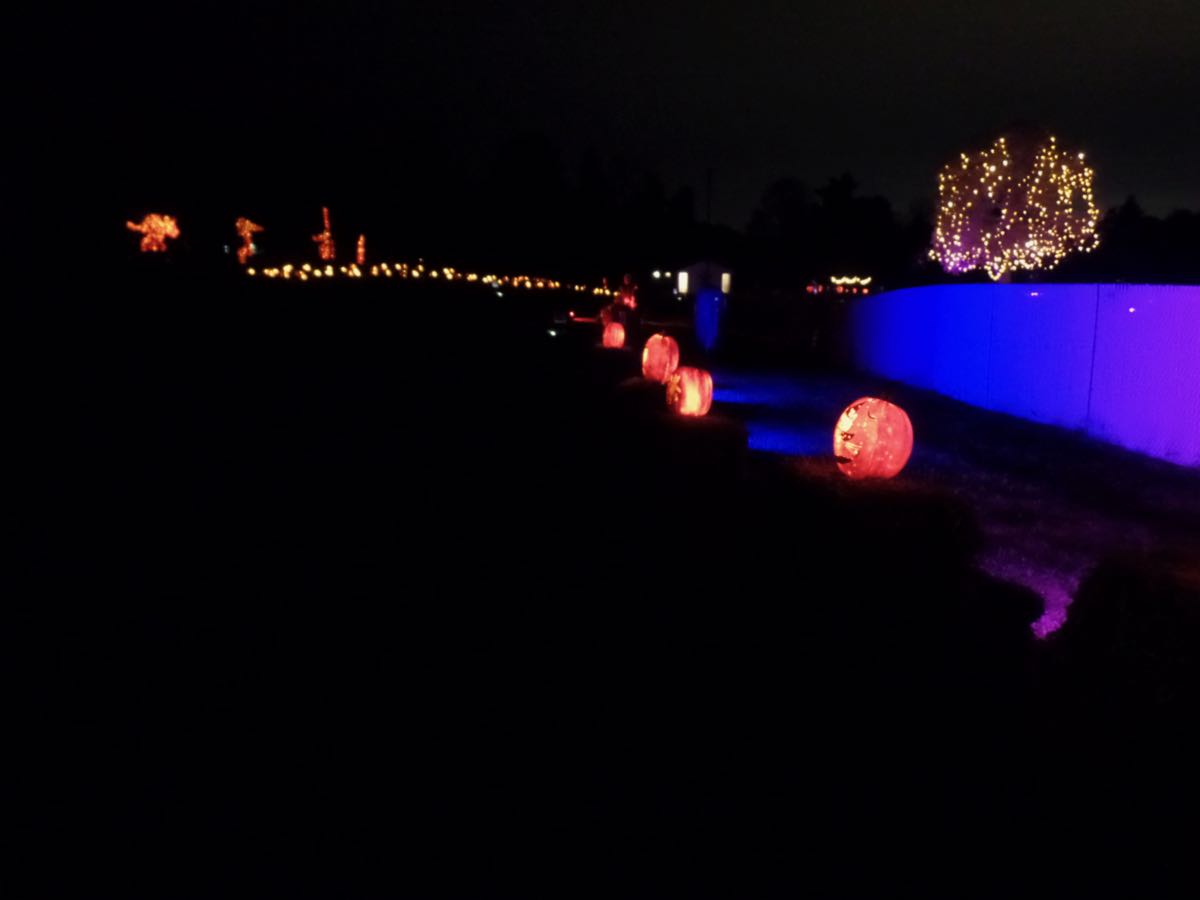 And here's a quick glance back at the way we'd come. The tree with all those lanterns is in the background.

Trivia: A brochure published by the International Harvester Company in the 19th century, to teach the Polish immigrants newly working for it English, began with the phrase ``I hear the whistle, I must hurry''. Subsequent phrases were ``I hear the five-minute whistle'', ``It is time to go to the shop'', and ``I take my check from the gateboard and hang it on the department board''. Source: The Age of Capital, 1845 - 1875, Eric Hobsbawm.

Currently Reading: Rocket Girl: The Story of Mary Sherman Morgan, America's First Female Rocket Scientist, George D Morgan. Very surprised to see a scene with Mary Sherman set in the Sandusky public library, although it's probably too much to hope to learn her thoughts about Cedar Point. George Morgan does find, and print, a letter from 1944 about something it'd make sense to be kept secret, though, so at least there's a trail of evidence about some of this.