It's all too much for me to take

This week my humor blog saw the return of reviewing those awful King Features Popeye cartoons from the 60s. And more! Here's what's been going on:

Would you believe I'm not done with photos of this small bit of local infrastructure work? Well, I'm not, so enjoy these! 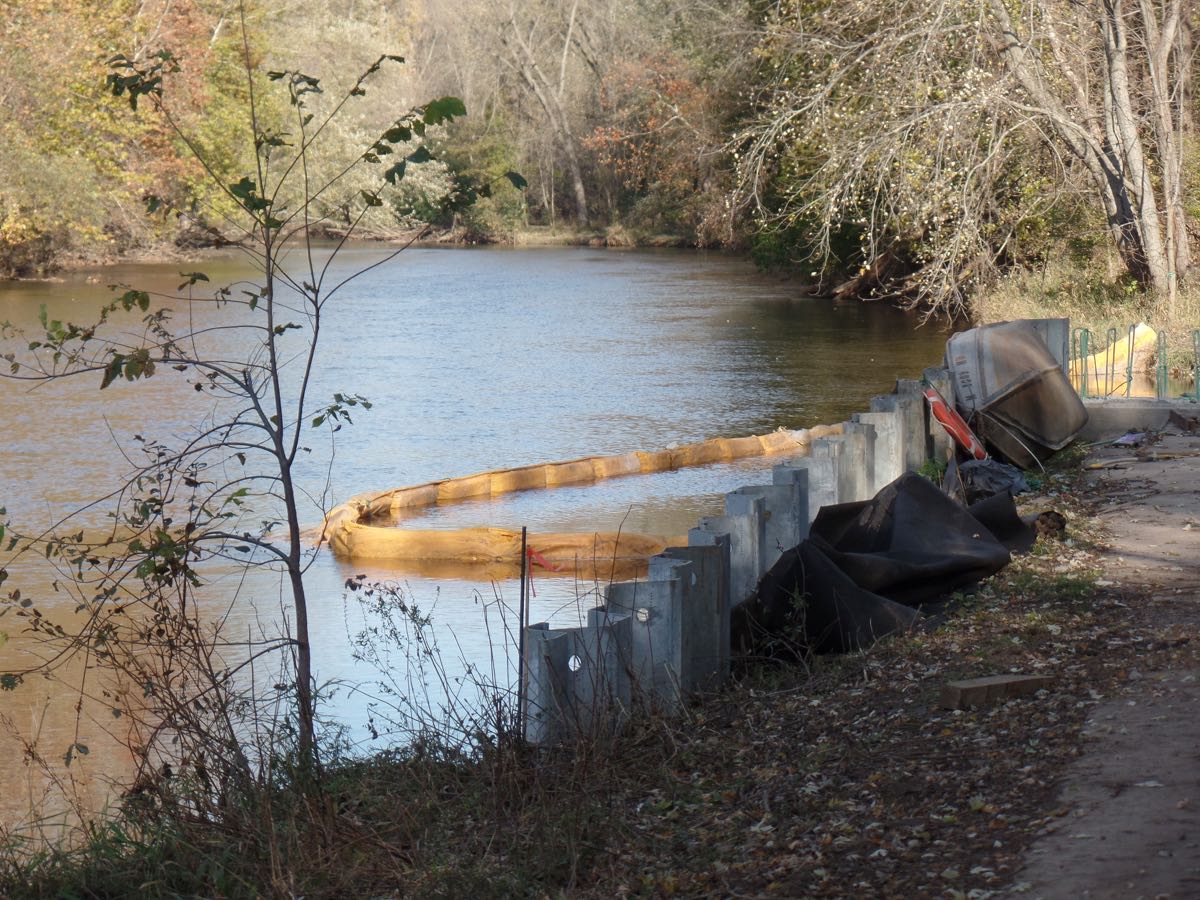 A look at the construction site of one of the replaced bridges. They've set up at least some barrier around the river there. 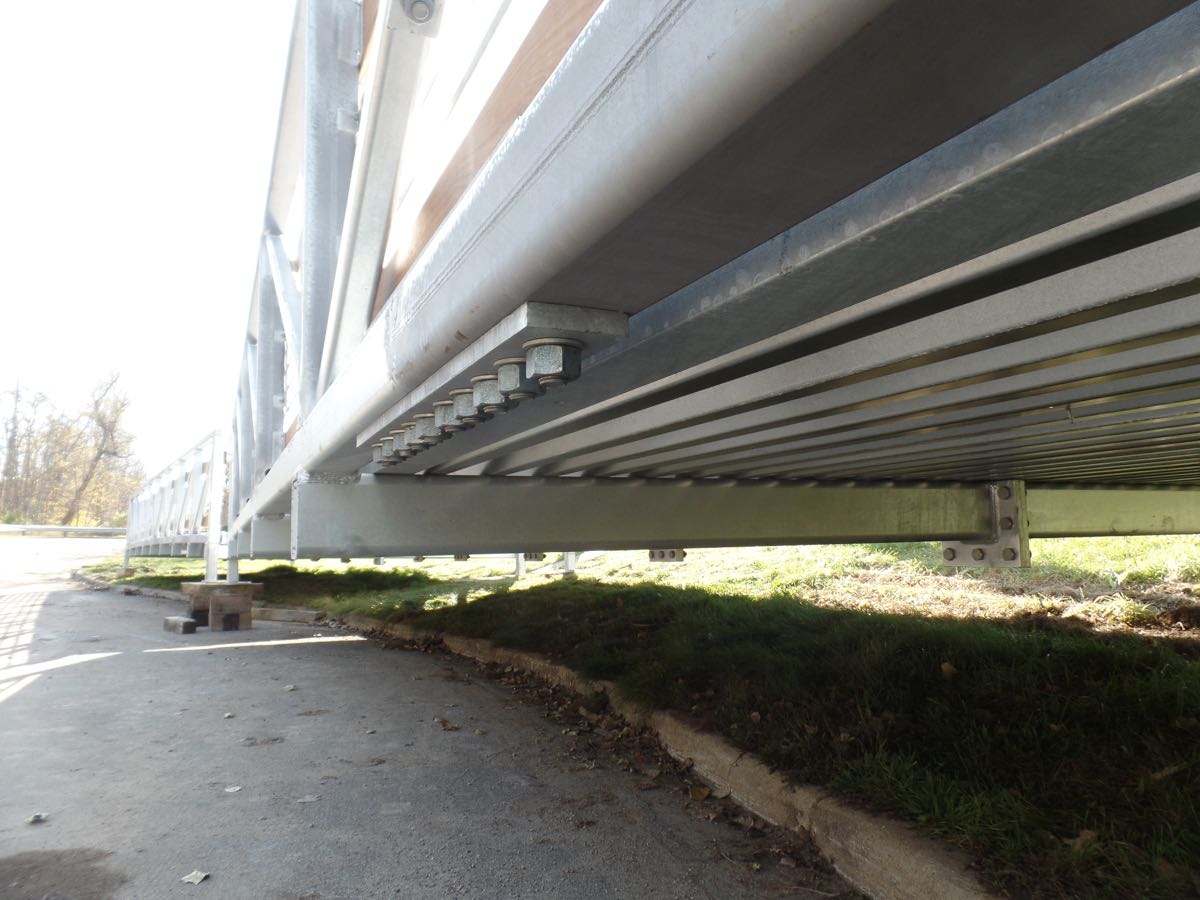 Peeking underneath one of the two bridges they have occupying the landing. I guess it's new or else there'd be rust on it, right? 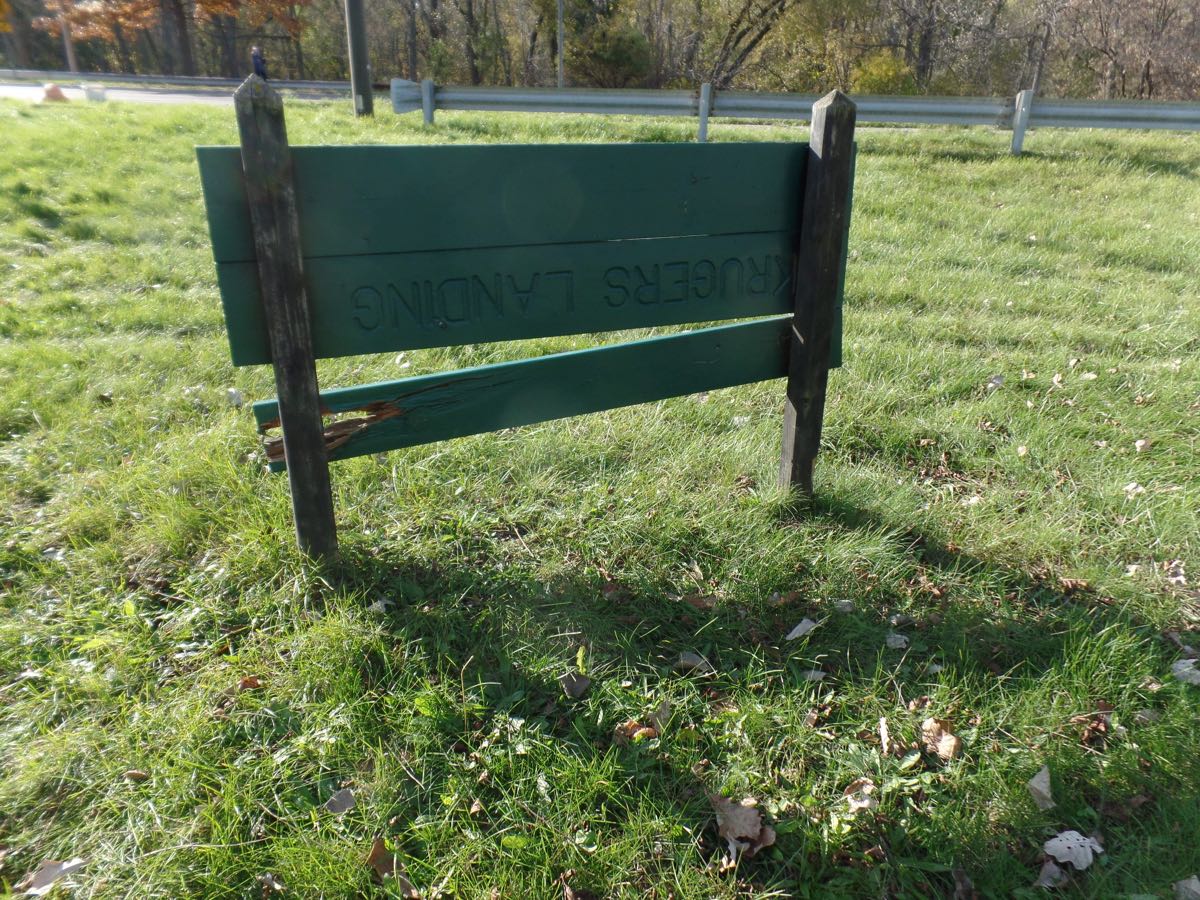 The back of the Krugers Landing sign, which has that curious bit where it's got the name carved out but upside-down and invisible. 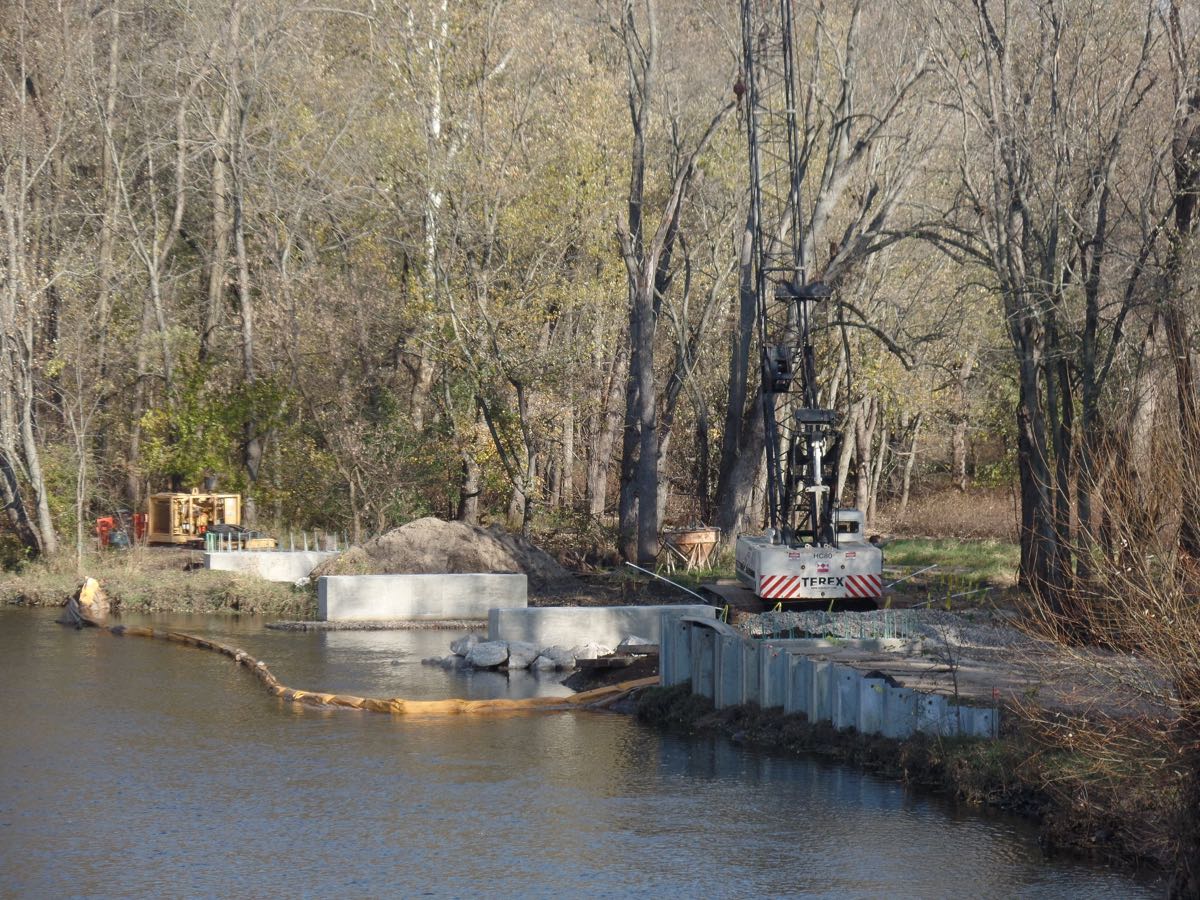 There's the construction gear working on the replacement pedestrian bridge. 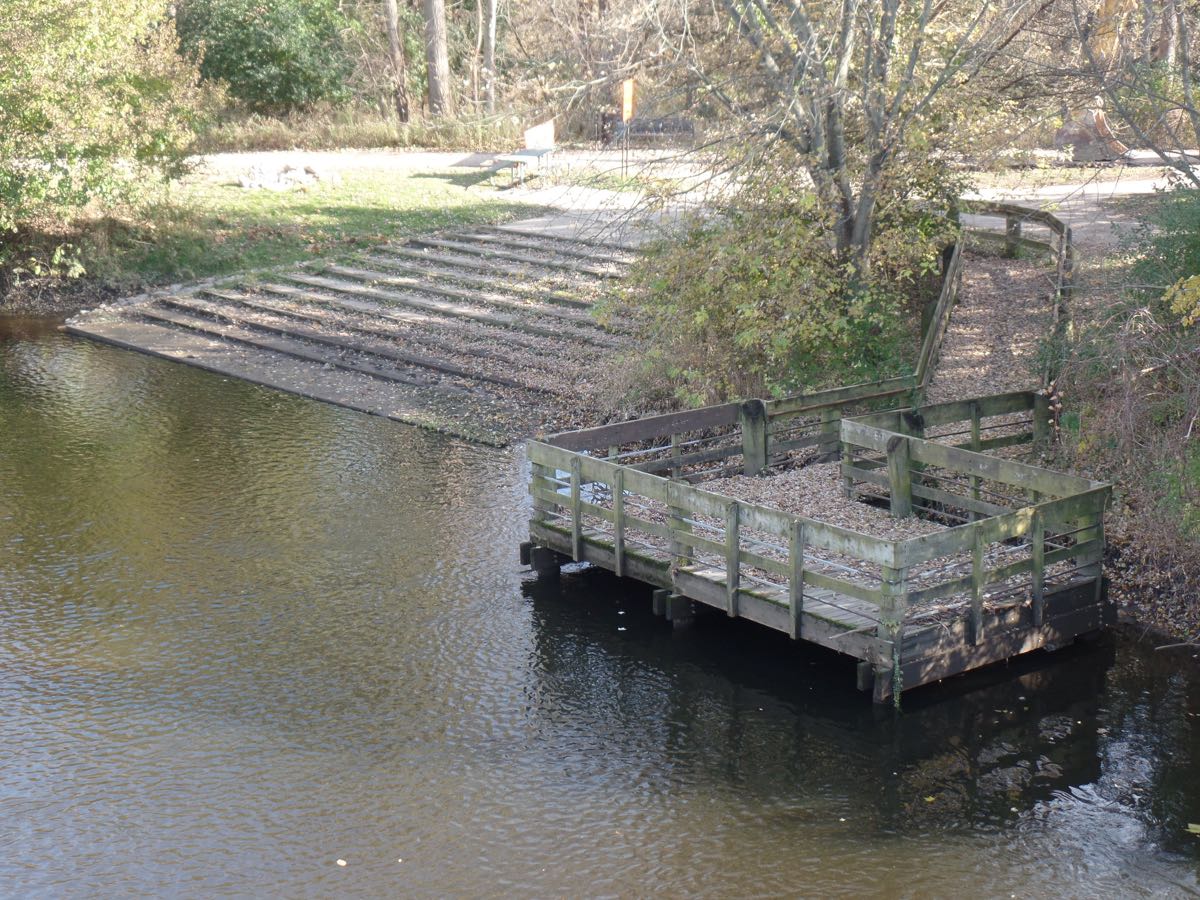 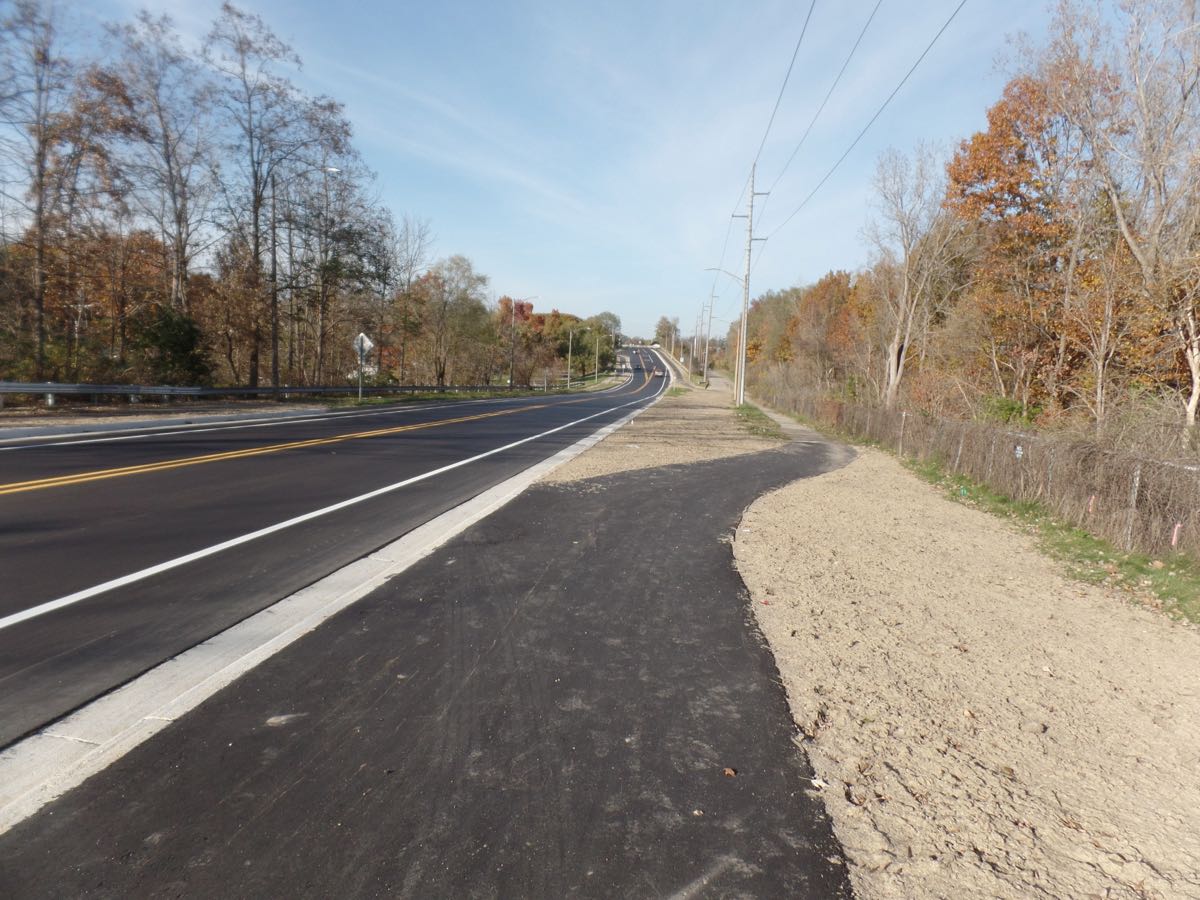 Walking back towards home now. Here's the sudden swerve in the sidewalk, meant to allow for the off-ramp from Aurelius Road onto Malcolm X Street. But ... 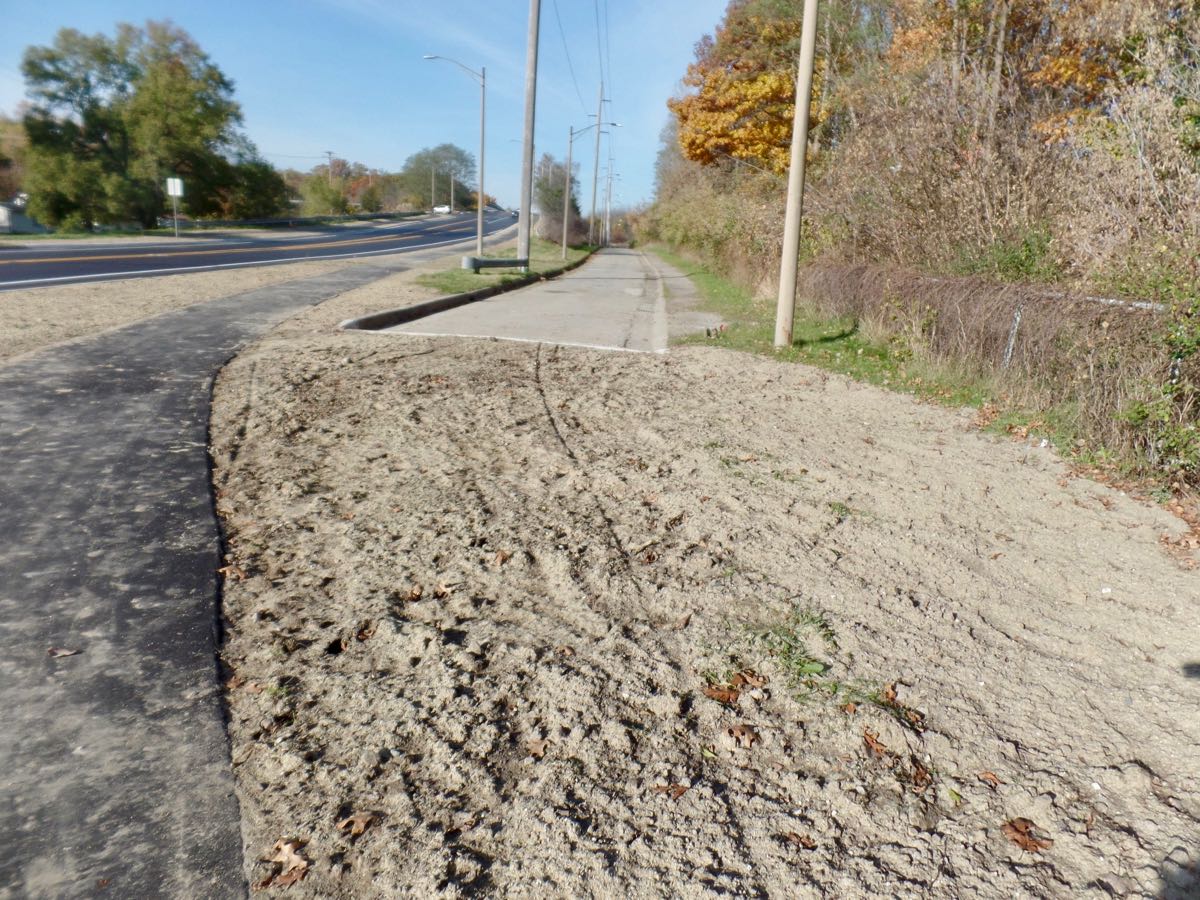 What's this? Malcolm X street's been completely shut off from Aurelius, indicating that they've given up on pretending that's a better way to get downtown than driving up north a couple blocks and getting to Kalamazoo Street or Michigan Avenue. They're right to give up, but I never thought they would do it. 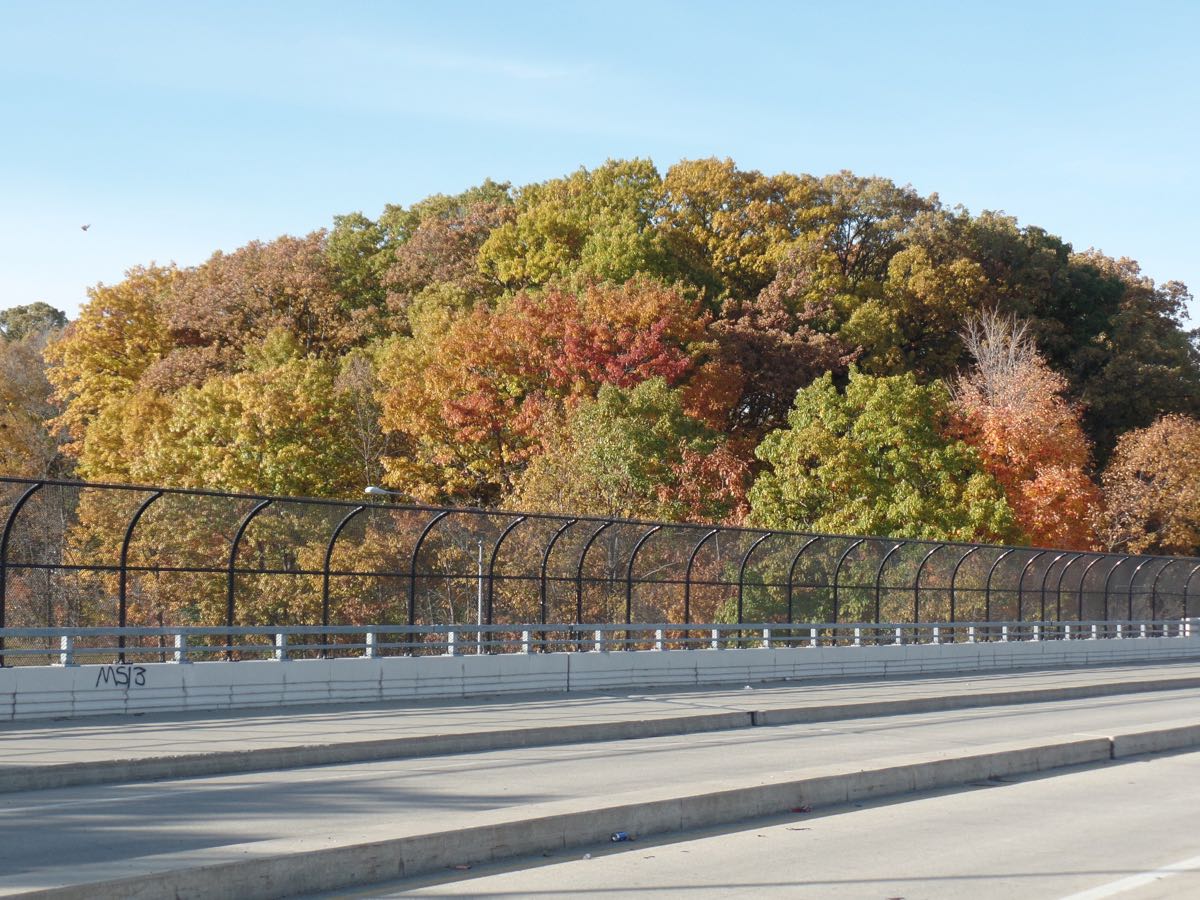 Well, here's some of the trees around Regent Park, as seen from southeast of the place. 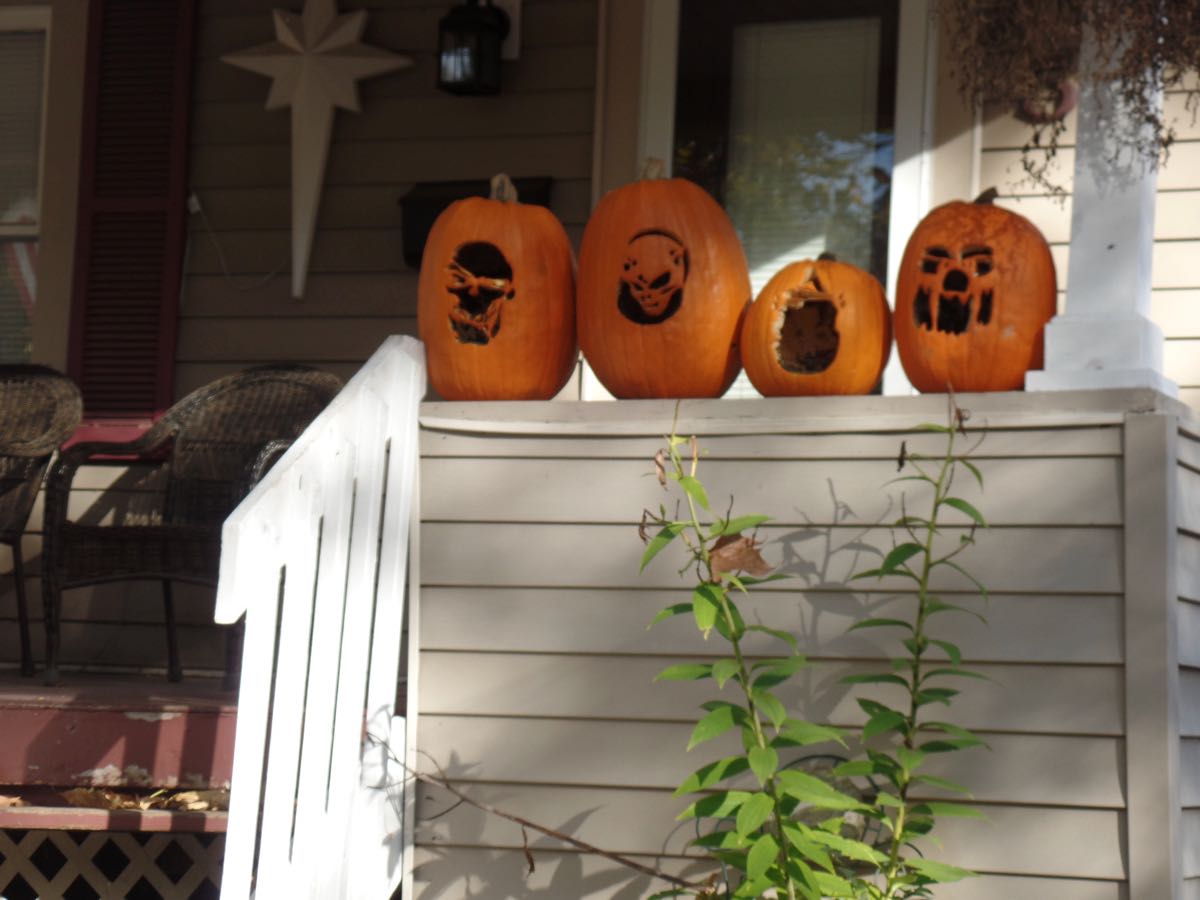 And a house that still had a quartet of jack-o-lanterns up.

Currently Reading: Cartoon Modern: Style and Design in Fifties Animation, Amid Amidi. In the conclusion Amidi notes that now (circa 2007) computer animation has overcome the drive to make everything photorealistic and we can look forward to more stylized animation and design experiments in commercial animation projects. And, sure enough, today near every CGI movie has some beautiful stylized representations of the action of the movie to make the closing credits a bit more fun.