Everywhere, it's what you make

I had thought I might spend today writing up Thanksgiving, which we spent with

bunny_hugger's parents. But I woke up with a very sore arm and feeling a little tired and chilly, which I grant is normal for November for me. But it kept on going through the day, so instead of doing things, I did nothing, and you'll benefit by waiting until next week to hear about the day. Instead, here's pictures from Silver Bells In The City 2021, just over a week in our past now: 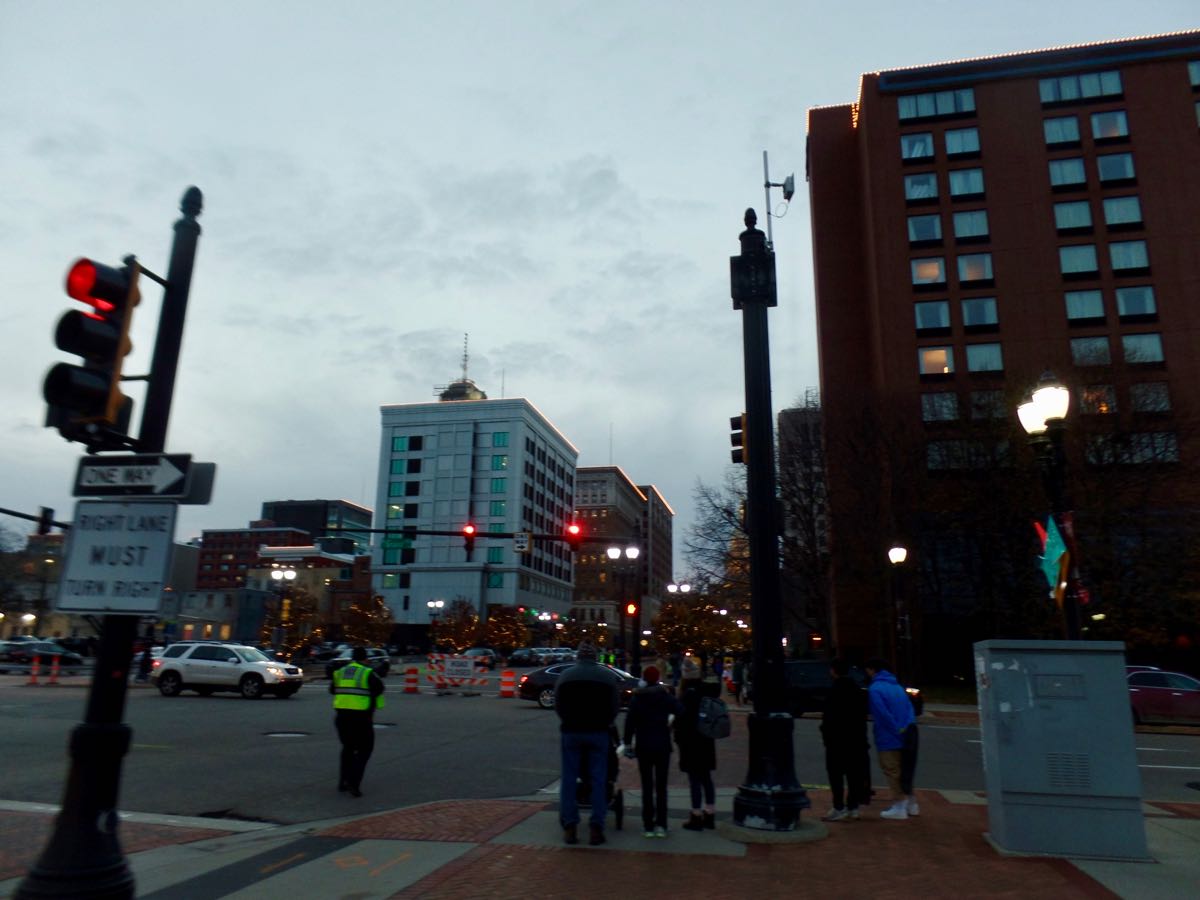 A first look at downtown, gathering for Silver Bells for the first time since 2019. You can see the lights atop some of the downtown buildings. 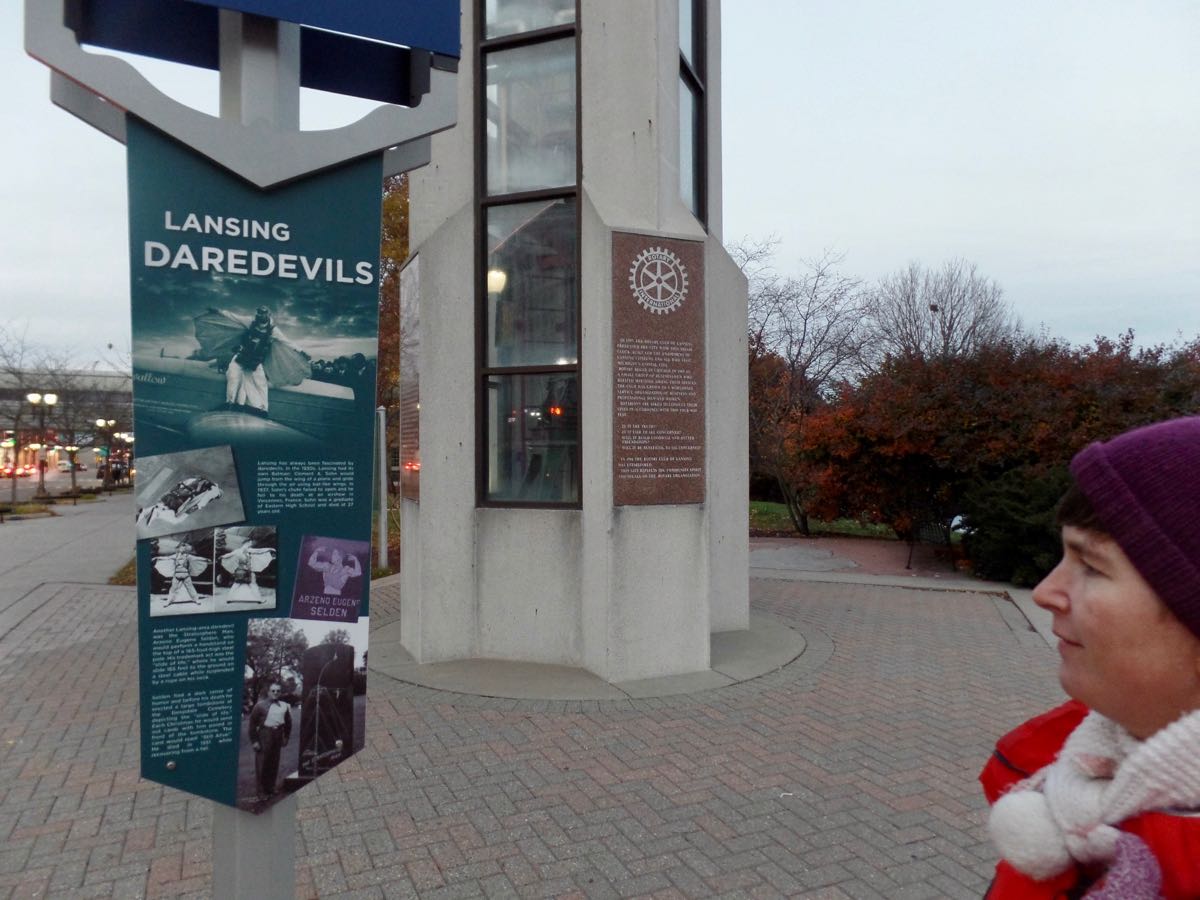 bunny_hugger discovers one of the new historical markers, celebrating Lansing Daredevils. As in people who did amazing stunts of leaping from planes until they died at age 35, as two of the people listed in the plaque are reported to have done. 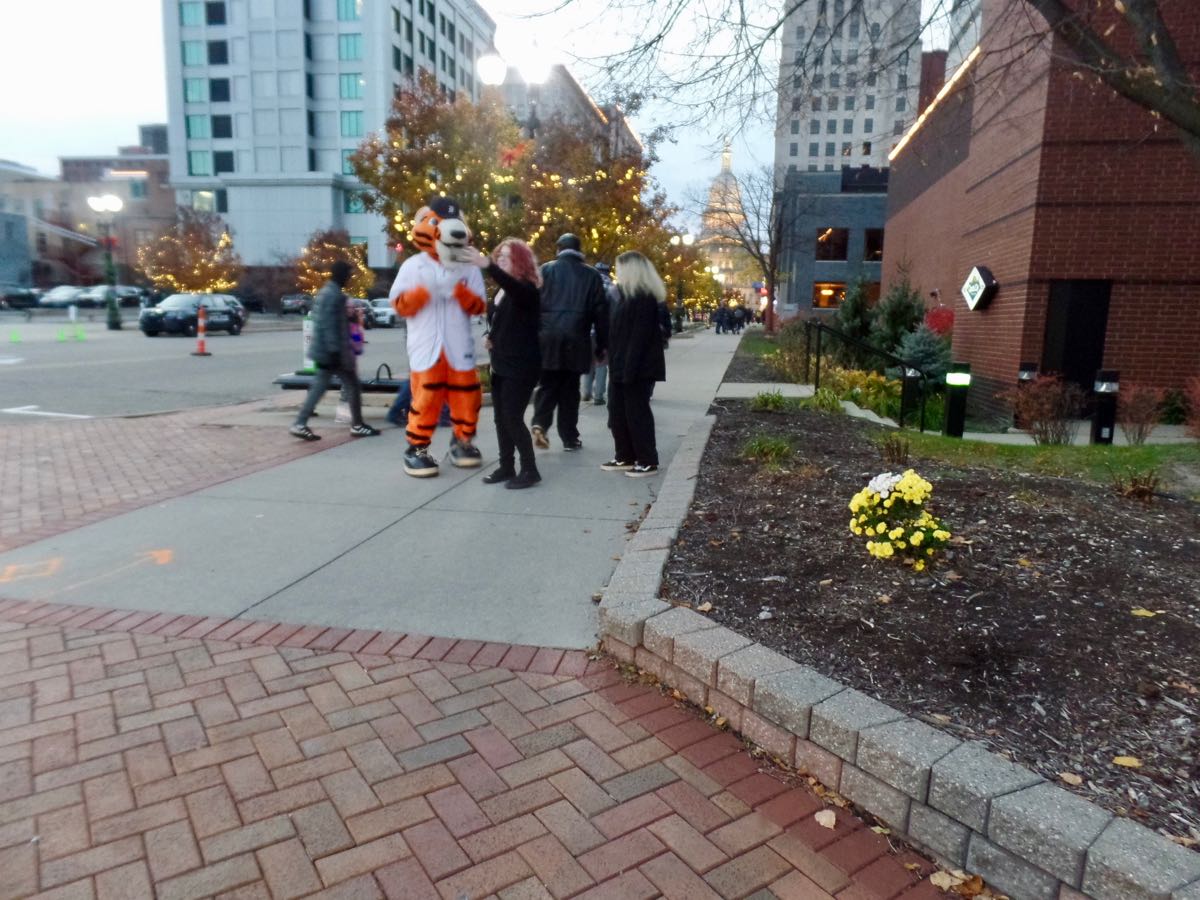 And there's Paws, mascot for the Detroit Tigers. I forgot to mention when talking about the day but as we passed him, two women who apparently came to Silver Bells directly from 2003 sneered ``ew'' and ``at least it isn't a furry''. 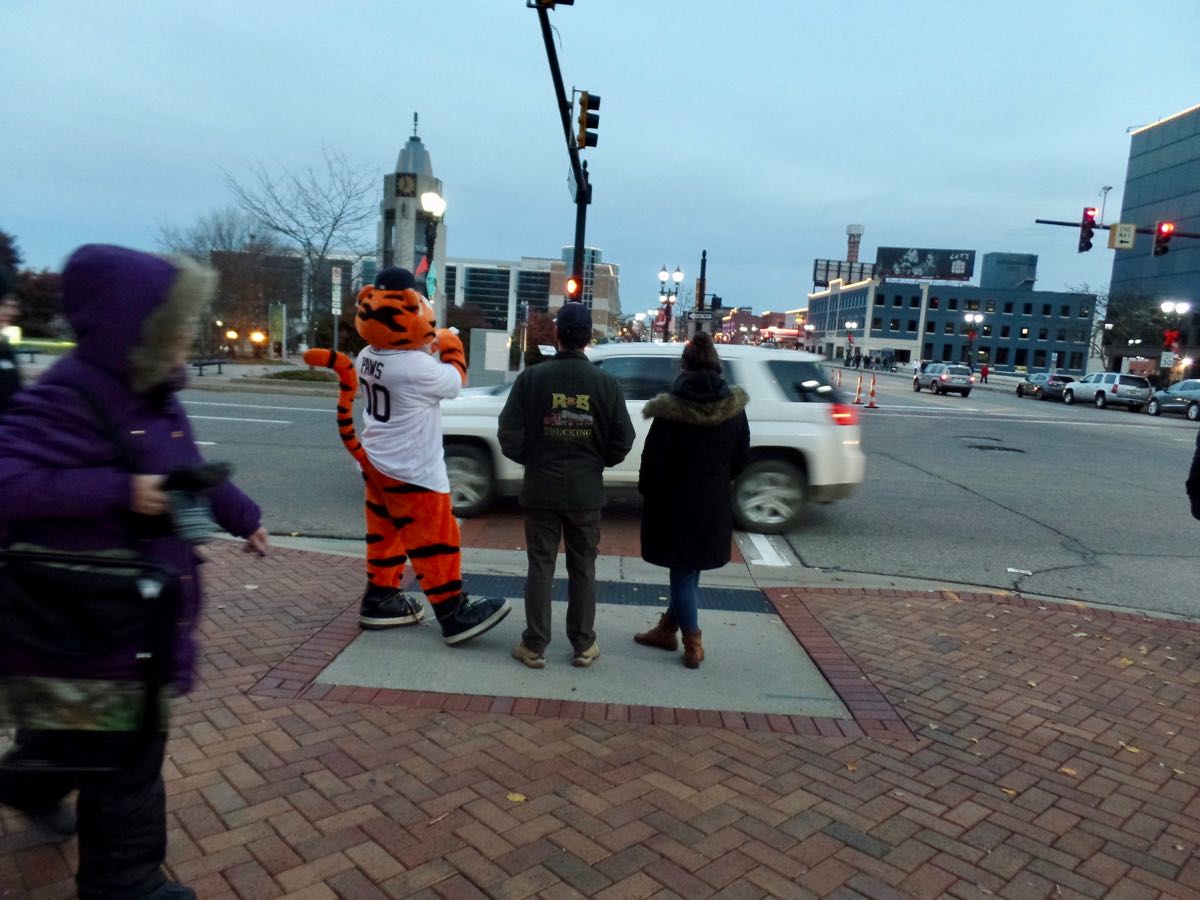 Paws was undeterred by this, and did his best to greet everyone walking past us.

While I was fiddling with my camera trying to get the settings right Paws came up and patted my back, which I wasn't in position to respond to.

While I was fiddling with my camera trying to get the settings right Paws came up and patted my back, which I wasn't in position to respond to. 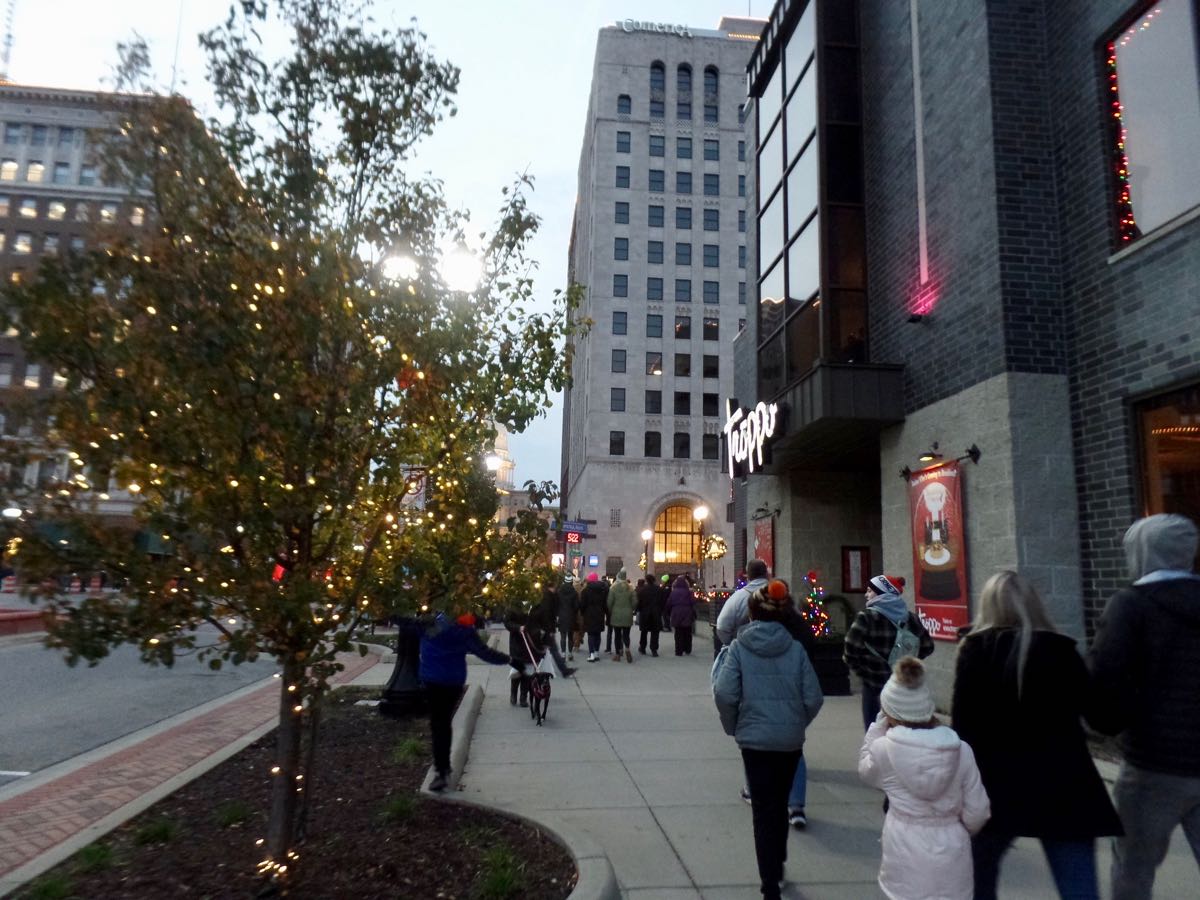 The gathering. People all walking together to the same spot.

Trivia: The only major trip Wilbur Wright is known to have made, before setting up the airplane test facility at Kitty Hawk, North Carolina, is to the 1893 Columbian Exposition. Source: First Flight: The Wright Brothers and the Invention of the Airplane, T A Heppenheimer.

Currently Reading: If Then: How the Simulmatics Corporation Invented the Future, Jill Lepore.