I thought I'd need considerable time to describe Thanksgiving but I'm not sure it is all that much really. The strange thing is how un-strange it was. We had it at

bunny_hugger's parents, a slight disappointment not to mention a loss of pressure to get our own house tidied up.

bunny_hugger did extract a promise from her father, that they would have a fire. He had stopped setting fires, insisting his fireplace was too difficult to get started except using the flamethrower. In compliance with that promise, though, her father got some firestarter logs, and some small kindling, and discovered that it was easy to start a good, solid fire. It didn't last the whole night, as he only had the one bag of logs. The great heap of firewood that's been sitting outside for years unused remained unused, because after the morning rain he judged it wouldn't catch or hold a fire. Still, we had the fire, and hope this has broken her father's conviction that it's just too hard to have one.

I called my parents before we set out, carrying with us the Quorn roast ready to be made, caramelized onions already made, and butternut squash ready for the heating. The butternut squash we got from the janitor at

bunny_hugger's office, who had come up to her a few weeks ago asking if she likes squash. So from that over-abundant garden we got a side dish that turned out to be much more filling than we expected. We were always going to overeat anyway, but these were a lot.

At her parents' we got a phone call, and then a Facetime call, with her brother and his partner. Also confirmation that her brother was coming home for Christmas, after missing 2020 for abundant reason. Also what day it'll be, and the request to pick him up from the airport. It was, as if by divine law, one of the days

bunny_hugger had signed up to work the bookstore, so she would have to reschedule that and fume about why nobody asks her plans before arranging her brother's travels.

bunny_hugger's mother insisted her carrots were less good than

bunny_hugger's, a comparison nobody else was interested in making.

bunny_hugger had grown and sliced small, round carrots grown in our garden to bake with the roast; her mother had sliced store-bought carrots to provide a side dish. So it happens with overlapping dishes.

We had thought we might play a round of Mice and Mystics, and

bunny_hugger even started setting up the game. But then we looked at the time --- I think it was 9:30, maybe later --- and thought there wouldn't be enough time to play a round or even a decent part of the round. So we watched A Charlie Brown Thanksgiving instead, the second time

bunny_hugger and I had watched in as many days, with the happy discovery that we had got her parents' DVD player to respect the original aspect ratio. We'd wondered, after some tense moments trying to watch It's The Great Pumpkin, Charlie Brown. And then between that and talking afterwards and having more rounds of coffee and tea --- her parents had bought a fresh box of black tea and wanted my opinion on it, even though I hadn't finished the previous --- we wouldn't leave until about midnight anyway. We might have finished a Mice and Mystics chapter anyway.

We plan to meet them again this coming Sunday, to cut down Christmas trees. We'll invite them back to our home.

Now getting back from the shopping village back to the parade route. 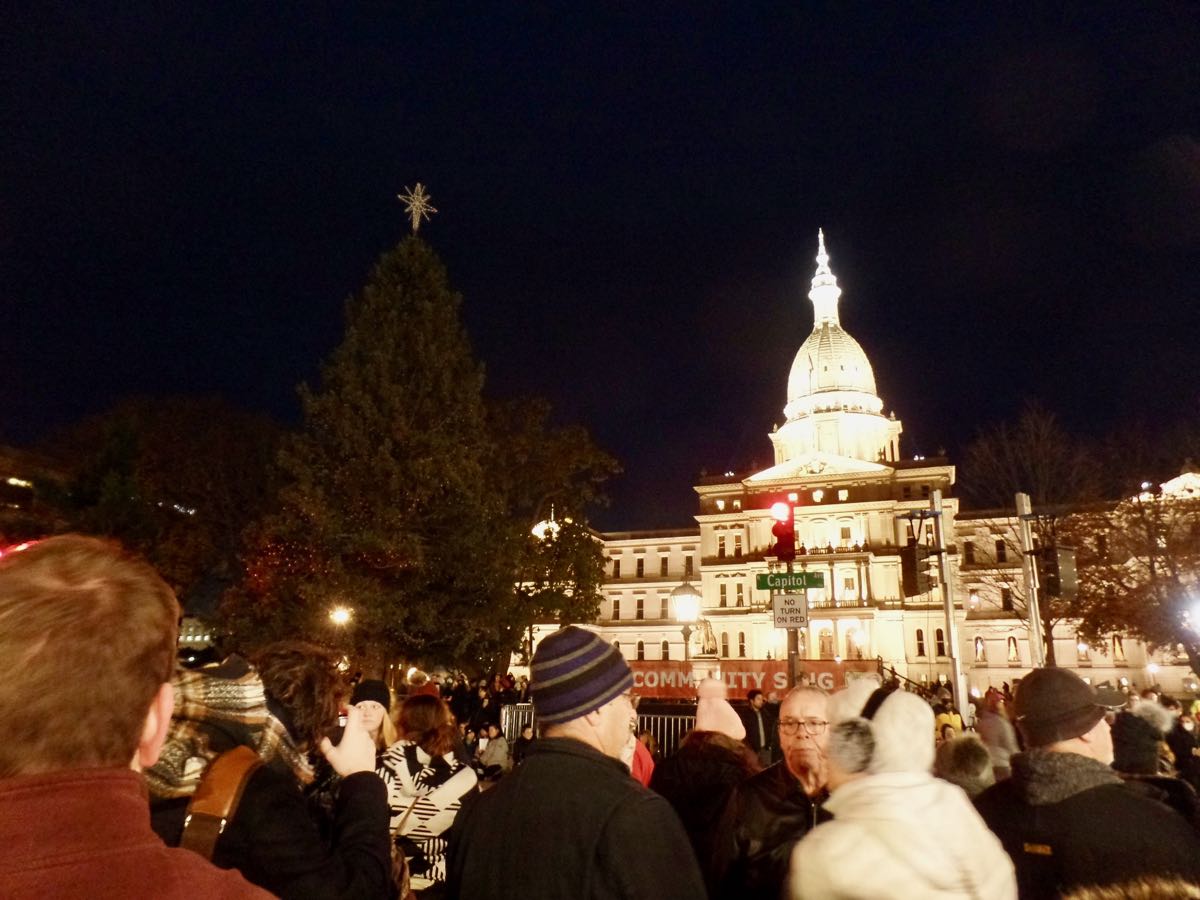 The setting. Our viewpoint for the State Tree and the capitol and, sooner or later, the parade. 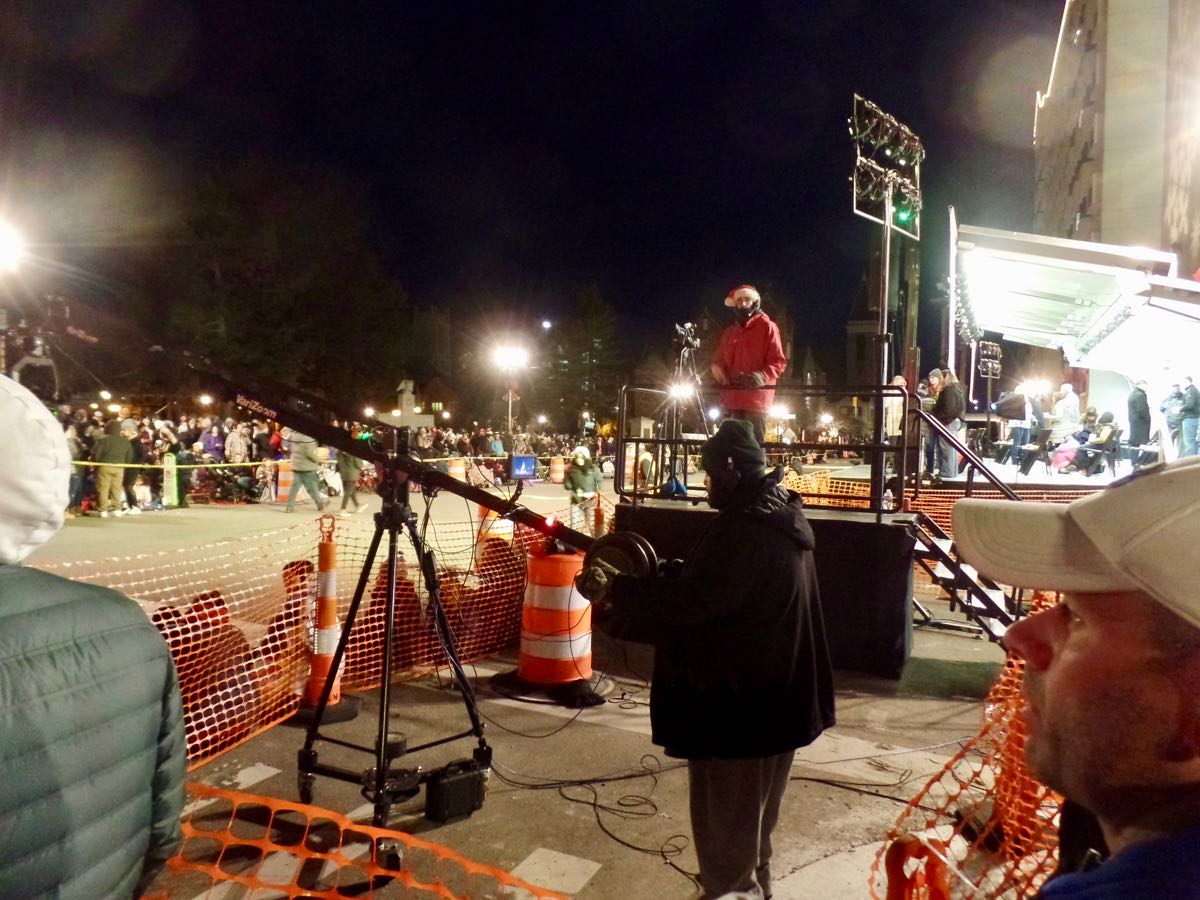 A view of the TV camera and of the reviewing stand, right where it always is outside City Hall. 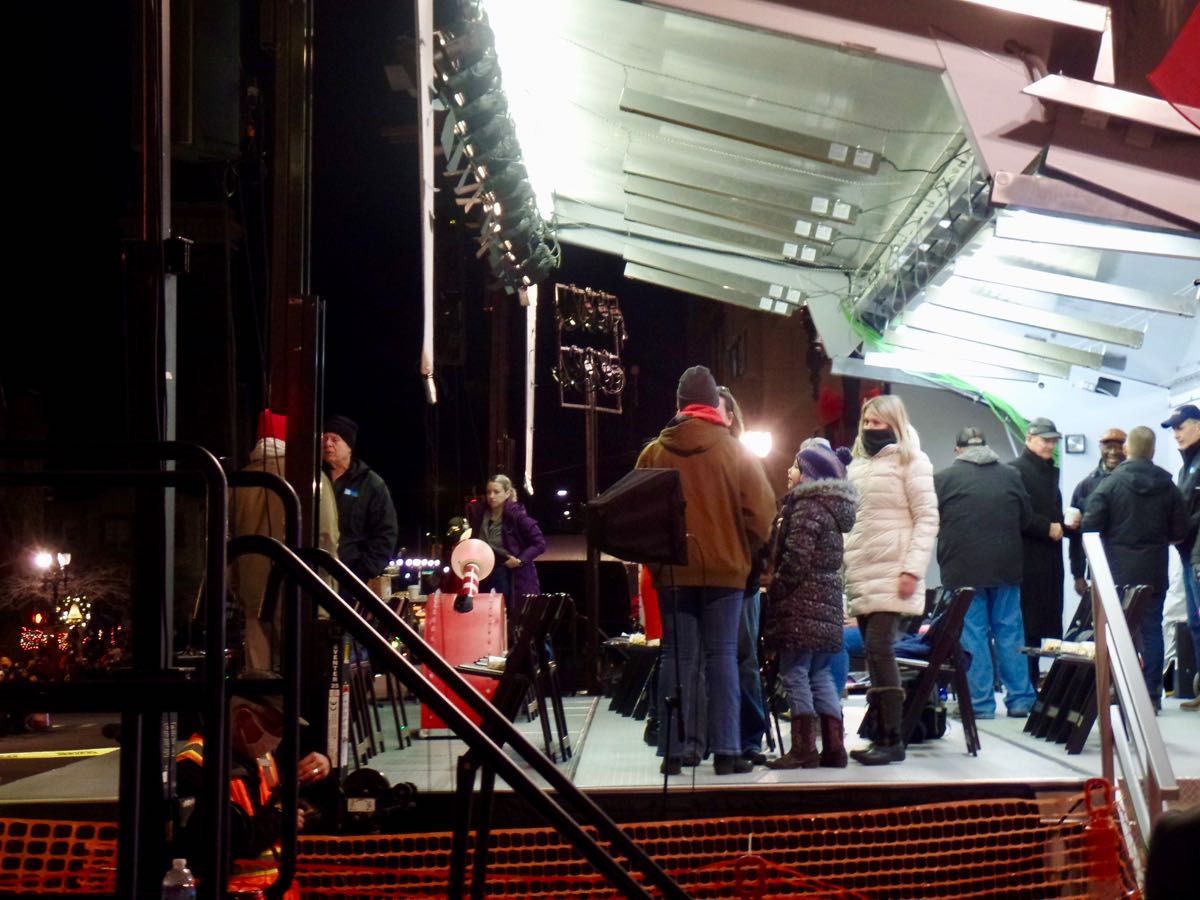 Better view of the reviewing stand, including the big candy-cane lever the mayor would throw at the tree's turning-on. 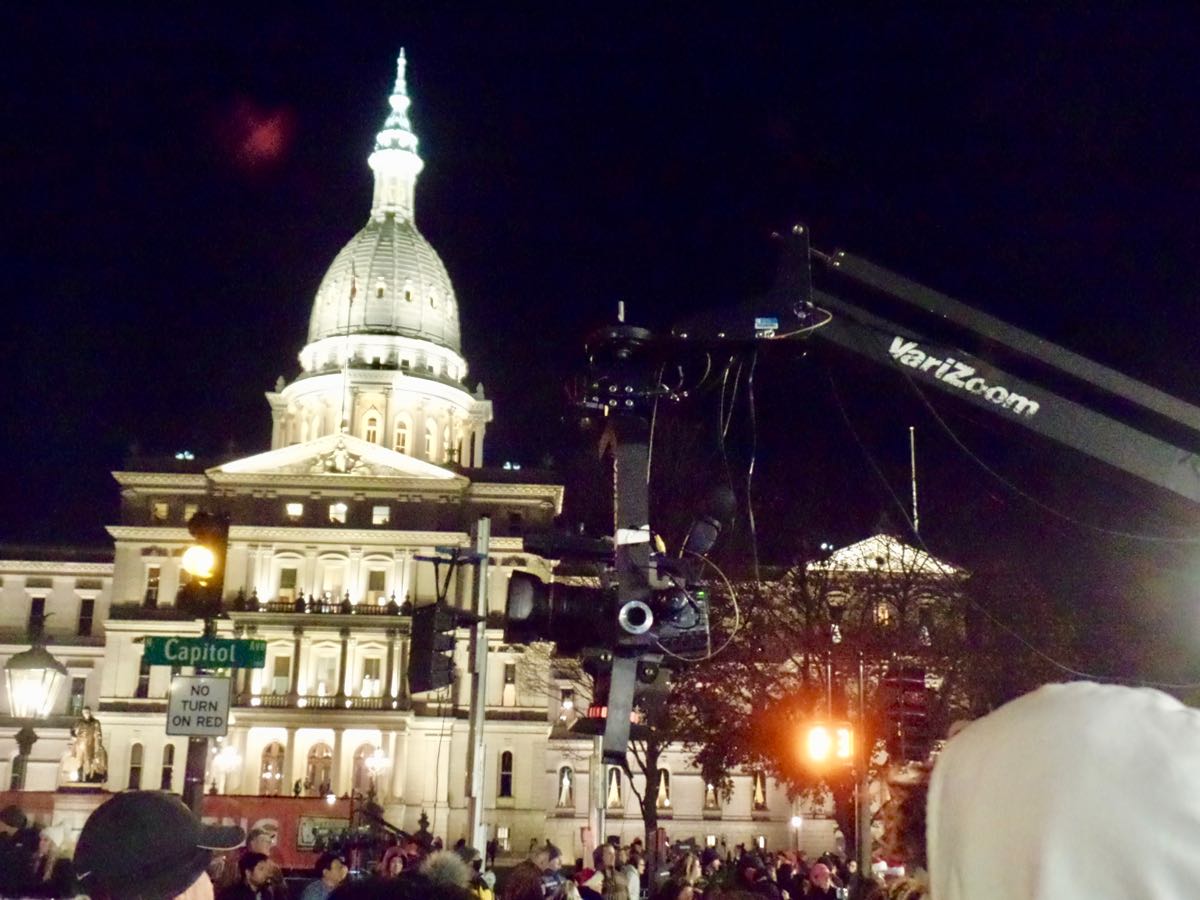 Looking at the capitol as the TV camera picks up some stock footage. 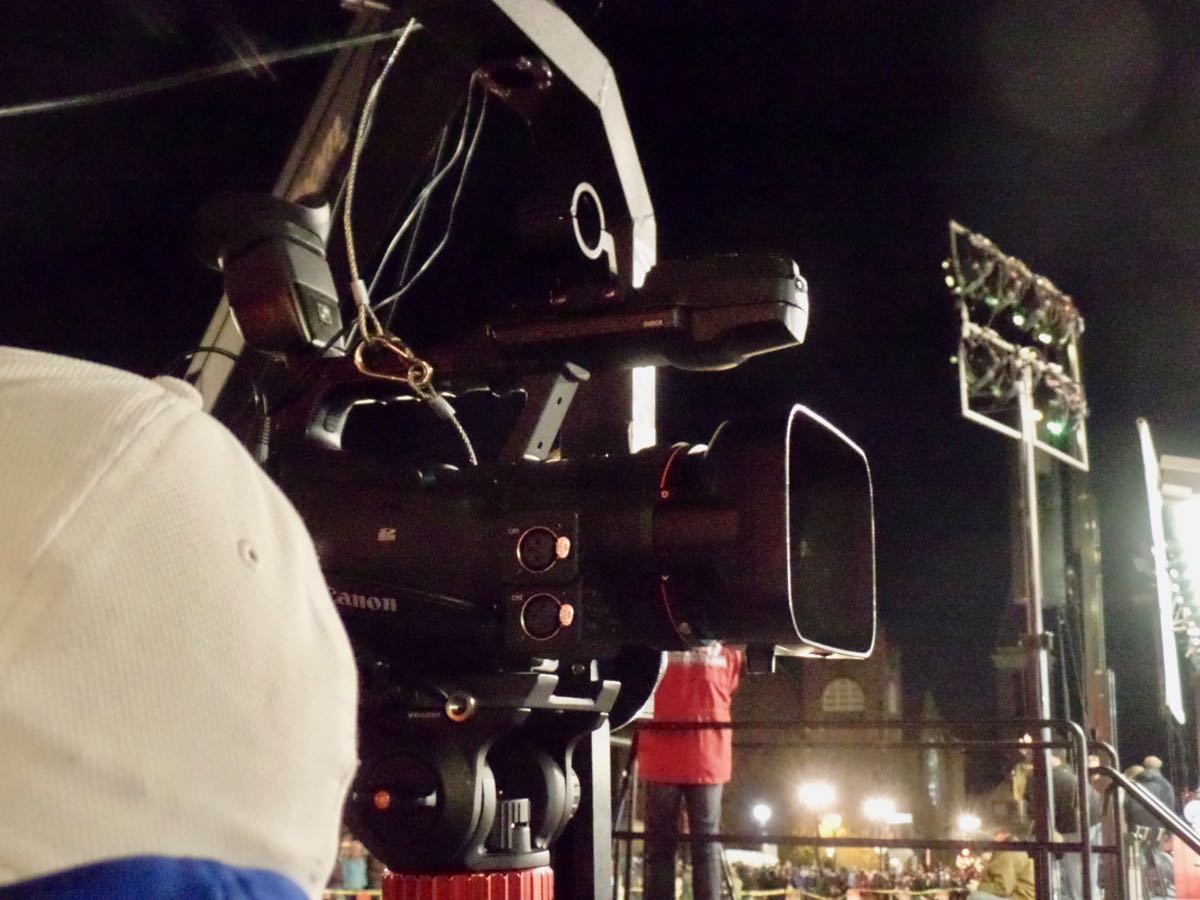 The camera turns around to look over the crowd, going right past us. 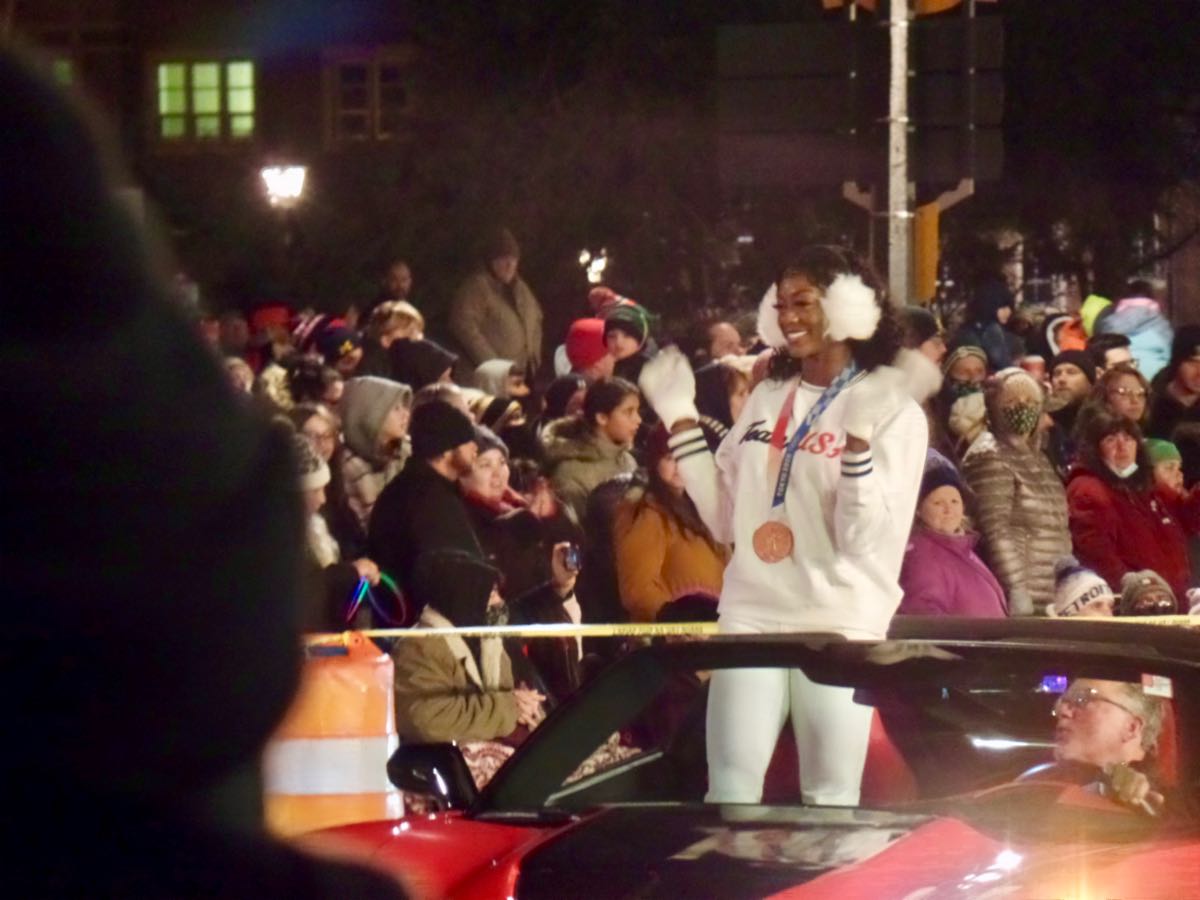 And the parade starts, with grand marshall ... uh ... someone who was on the Olympics team!

Trivia: THe start of construction of the Baltimore and Ohio Railroad, in 1828, was celebrated with a tune, The Carrolton March, by A Clifton. (The name honors Charles Carroll, the 90-year-old signer of the Declaration of Independence and also a stockholder in the new railroad.) Source: The Story of American Railroads, Stewart H Holbrook.

Currently Reading: If Then: How the Simulmatics Corporation Invented the Future, Jill Lepore. Low-key in love with the style of 60s tech company names. Simulmatics, for example, or its advertising-analysis subsidiary Media-Mix. They don't have that aesthetic anymore.

PS: I'm looking for the last topics for the Little 2021 Mathematics A-to-Z over on my mathematics blog.