I've had enough mathematics posts to gather those up again, so let me offer you a couple of pictures of our pet rabbit getting his anti-arthritis medicine to entice you into noticing this anyway. These are actually frames grabbed from a movie of his having his medicine, because I though it was easy to upload a movie to the Livejournal scrapbook, when it turns out to actually be impossible. Sorry. The video's great. Come on over and I'll show you sometime. 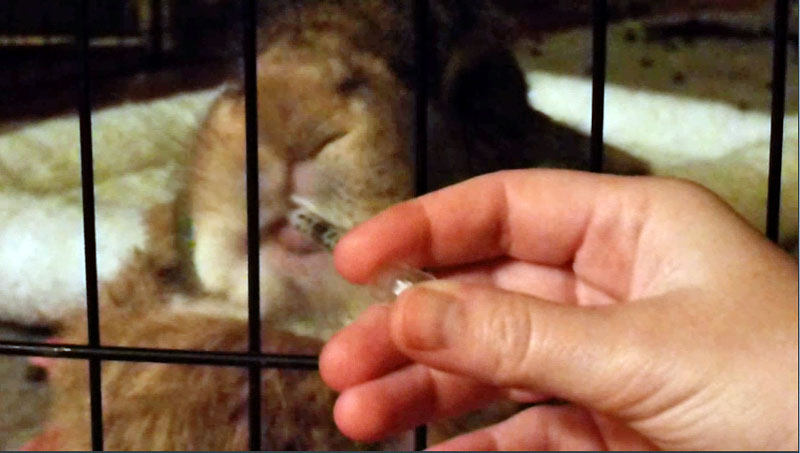 Though he was initially very skeptical of the medicine it's come to be his favorite thing in the world: apparently it isn't just palatable but very very good to our Flemish giant's taste buds. Wednesday night he started grabbing the syringe out of

bunny_hugger's hands when he wasn't getting enough of the sweet, sweet taste of medication. 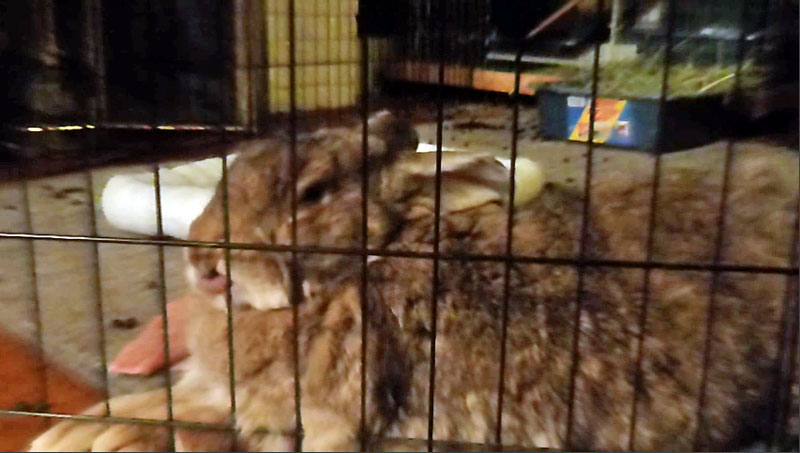 When he's done he doesn't just give up; like any of us might, he licks his lips, as much as he can. So I'm sorry it isn't a perfectly clear picture of a fast-moving bunny tongue but it's there, just under his nose.

Meanwhile, mathematics posts run since the last roundup include:

Trivia: The United States Army purchased 133 acres at Port Newark in October 1917 as a supply depot for the Quartermaster Corps. Newark used the $1.3 million to expand the port. Source: Box Boats: How Container Ships Changed The World, Brian J Cudahy.