I alluded to it in the preface to Wednesday morning's post, but Tuesday evening we went to play a little pinball and that turned into a lot of pinball. The centerpiece is that we played The Walking Dead, because everything new in pinball is a license of a TV show, movie, comic book, or band and preferably all together. I was already having an abnormally good game --- there's something called the CDC Mode that I imagine has something to do with the series, and I kept repeating the ramp shot for that --- when the third ball just went crazy.

Sometimes when you're playing you're just in the mode, where shots just keep going where you want and where, even if something misses the target, you get it back under control swiftly. This was one of those times; I just kept finding useful places for the ball to go, even in tricky things like shooting through a field of pop bumpers. On the last ball before I knew what was going on everybody had fallen eerily silent. The guy who runs our pinball league hushed everyone and whispered to

bunny_hugger so as to not distract me when I beat the previous Grand Champion score and was well on my way into Wizard Mode. I was staring too hard at the flippers and trying to keep balls in play --- Wizard Mode particularly includes throwing maybe five or six balls onto the playfield --- to look at the display and figure out what was happening, but I knew that something incredible was going on.

Incidentally, the league president had thought that the Grand Championship score that I smashed as his. Actually, the guy who keeps winning our league had recently knocked off his championship score, so seeing my triumph --- I literally more than doubled the previous high score --- gave him that much extra delight. It's such an exceptional score, so outside anything I would expect, that I'm finding it hard not to join pinball-forum Pinside just to brag about my score. 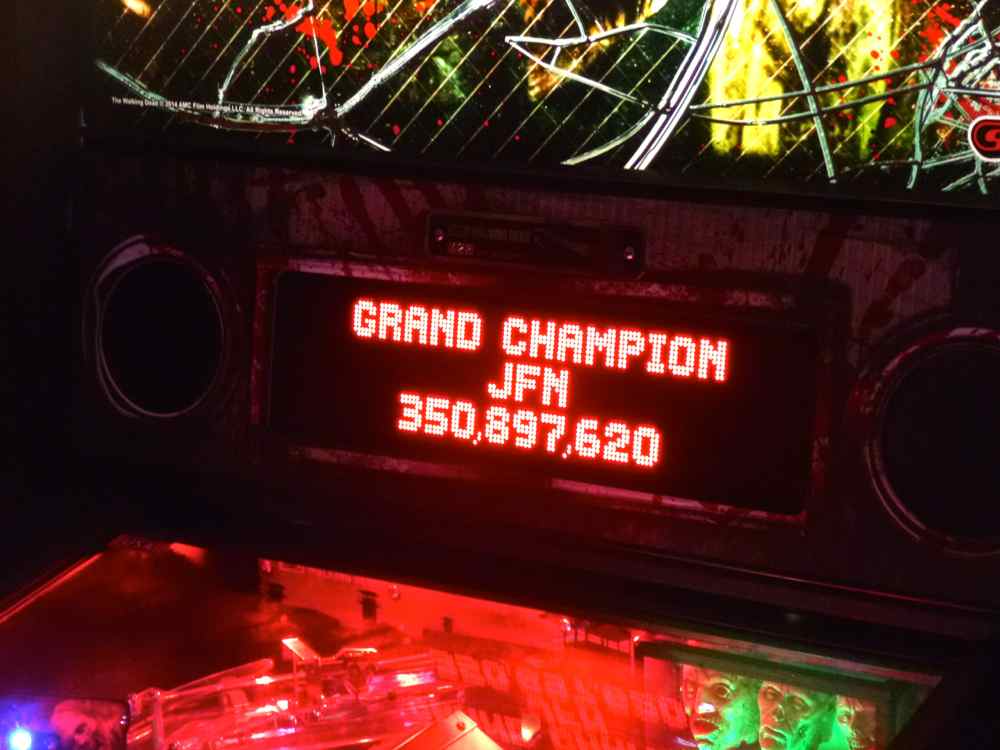 Among the consequences: it's going to be very hard to keep to my honestly felt opinion that I'm pretty good at pinball but nothing outstanding, and I am going to be completely humiliated every single time we play Walking Dead at league forevermore.

Trivia: In 1759, John Tayor and Samuel Garbett --- the leading toy manufacturers in Birmingham --- reported to Parliament that the trade employed some 20,000 in the city and surrounding environs, for a net value of trade of about £600,000, of which five-sixth was exported. Source: The Lunar Men: The Friends Who Made The Future, Jenny Uglow.