Now, for picture from the Michigan Pinball Expo: 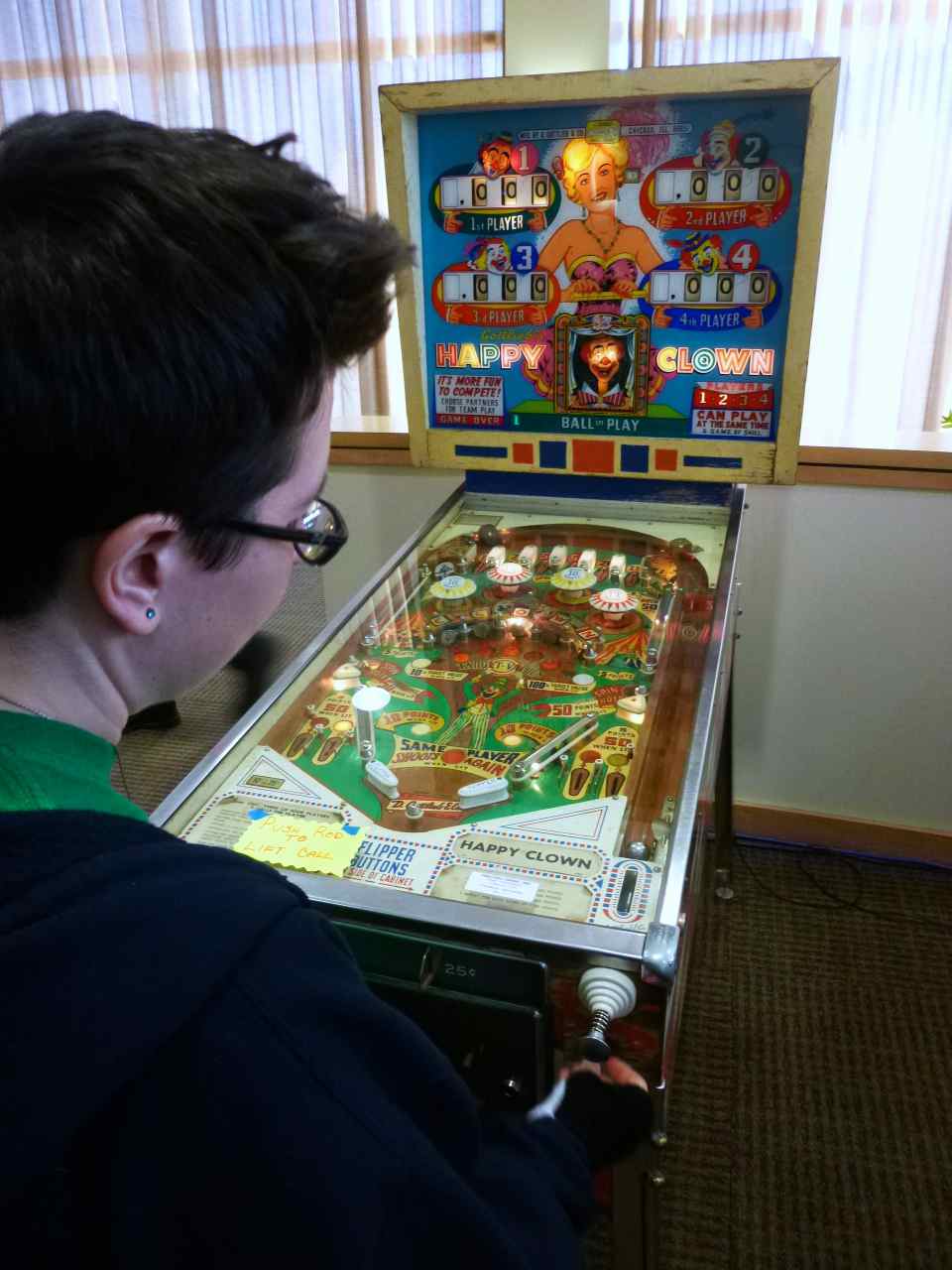 bunny_hugger getting ready to have words with how a vintage pinball machine treats us at the Michigan Pinball Expo, 2015. 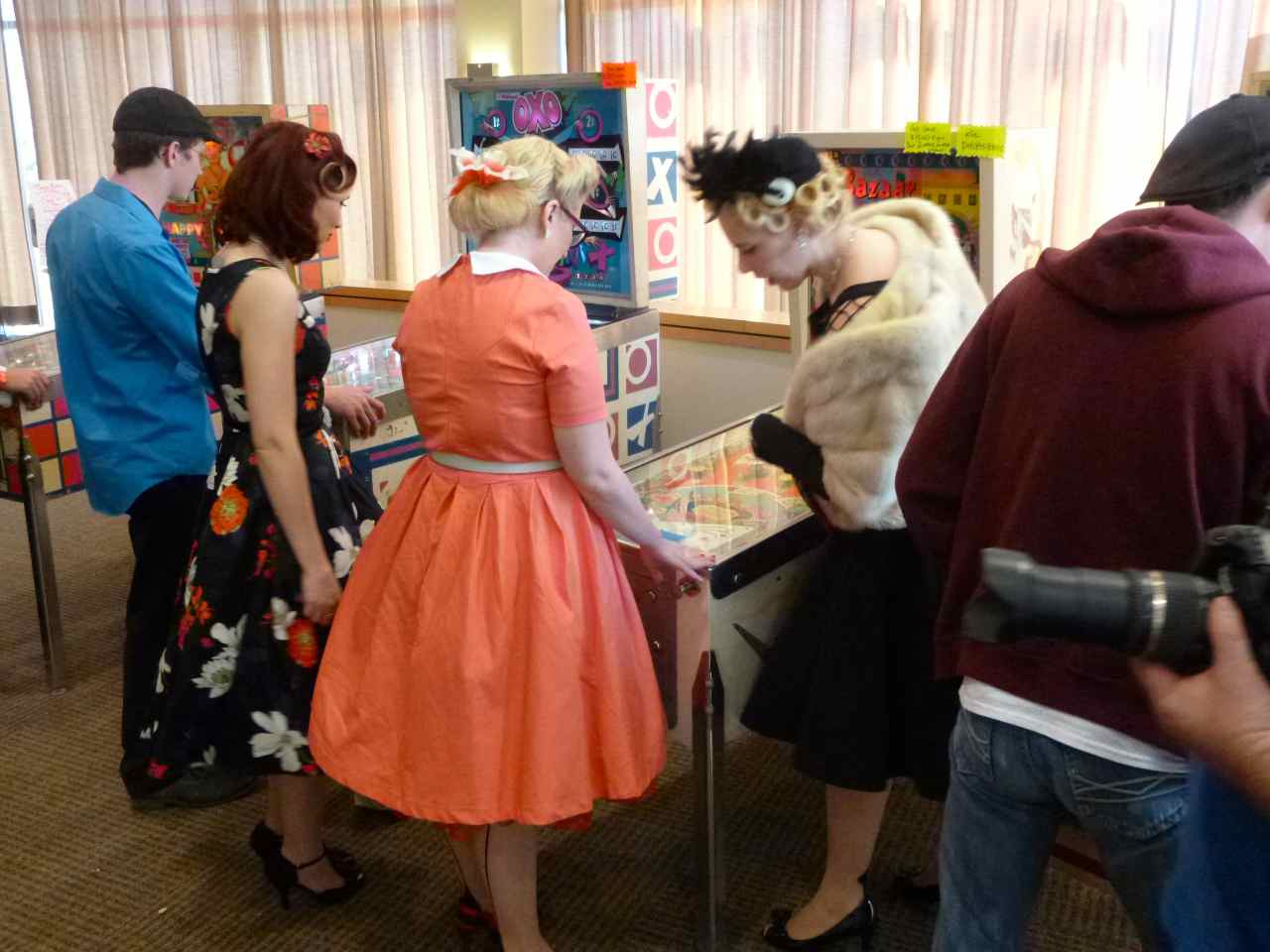 And then suddenly everybody's mother's friends from college came in to play some games. 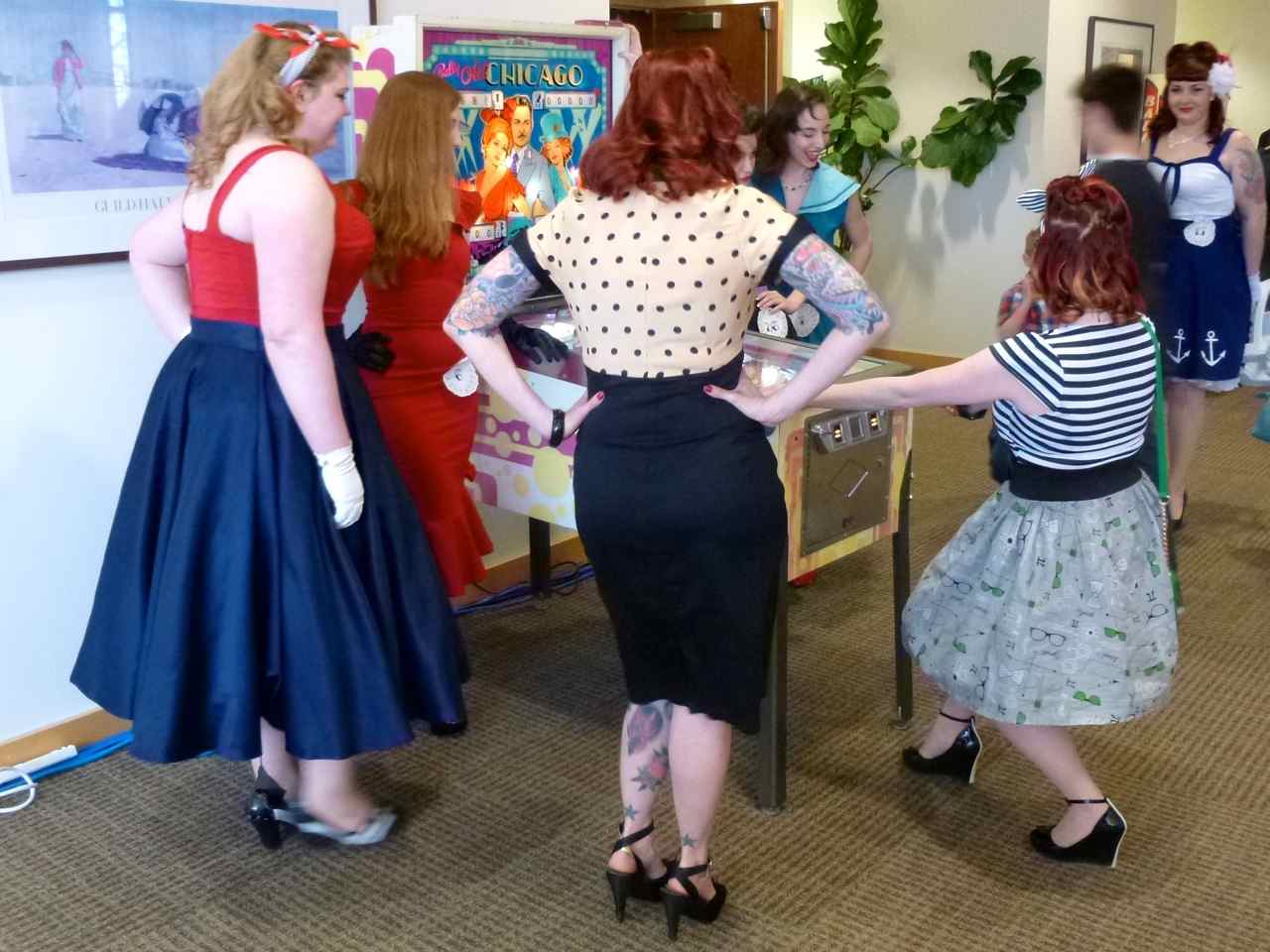 Their outfits are a little bit out of period with the pinball machine's date but otherwise, well, what a scene. 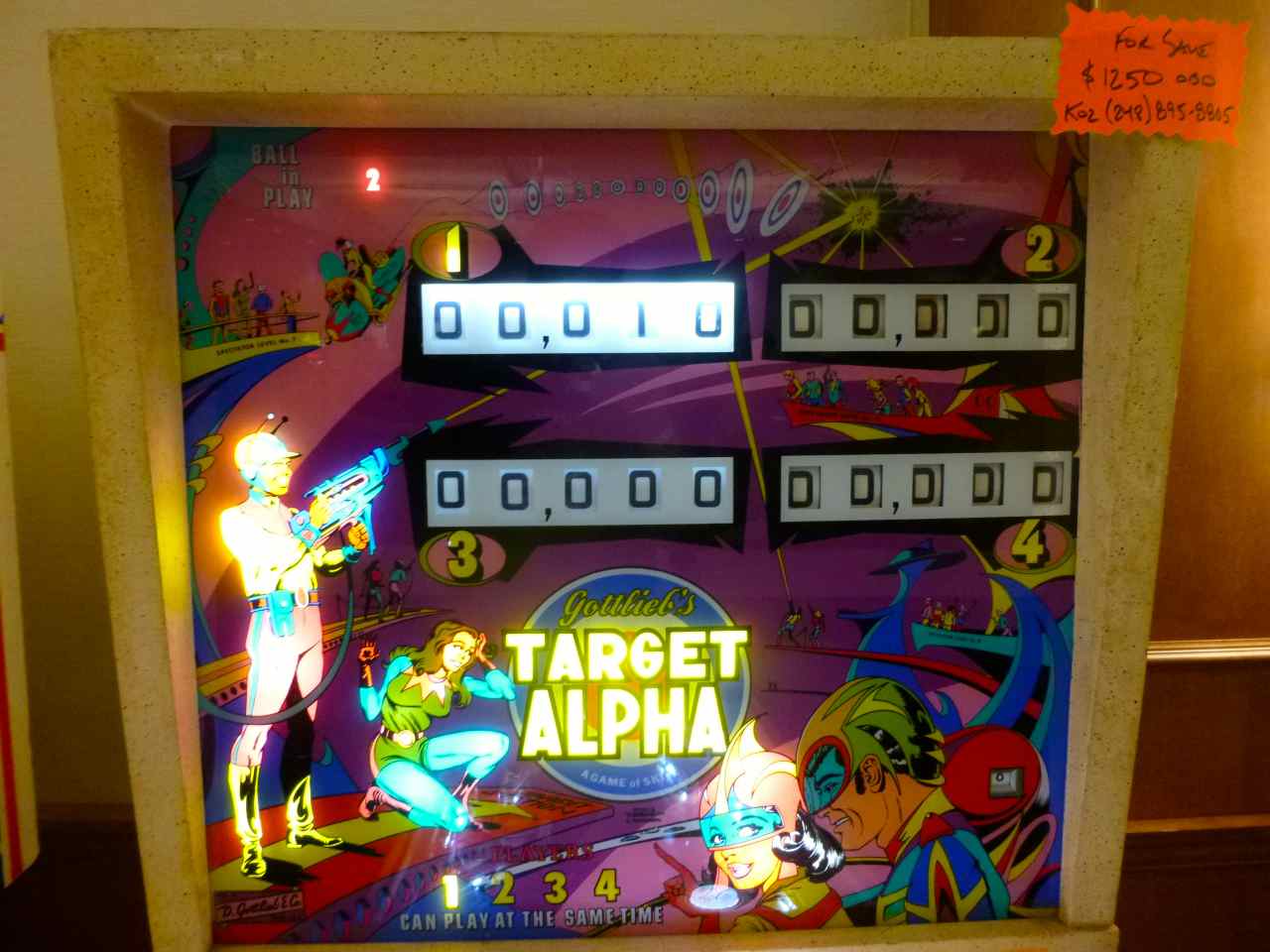 My 10-point first ball on a qualifying round of Target Alpha. I did not qualify for the tournament finals. 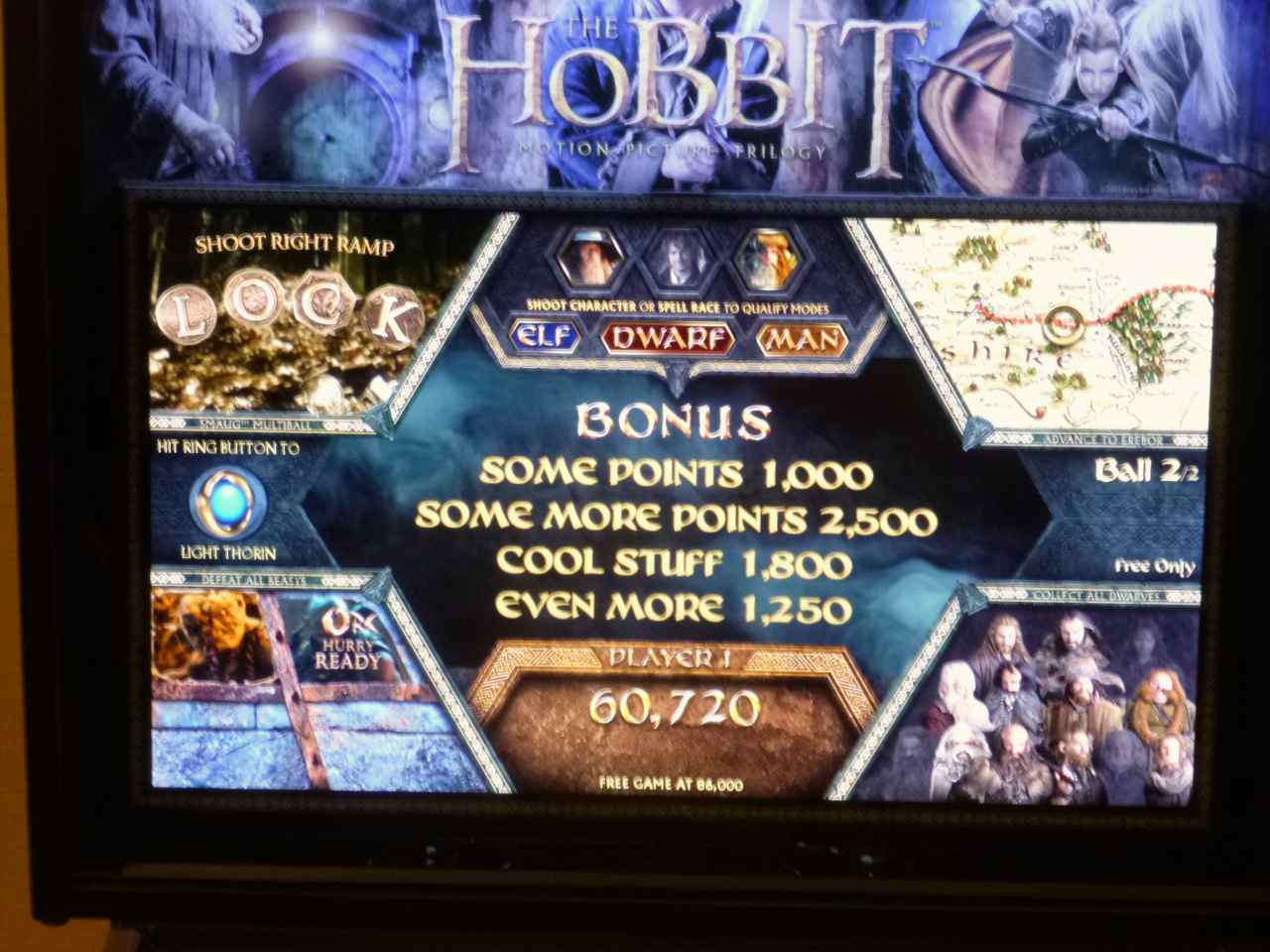 Bonus scoring on Jersey Jack's new pinball table The Hobbit. I don't know if this is placeholder text or if they're figuring it will look more impressive written in Elvish.

Trivia: The Hollywood Revue of 1929 began rehearsals on 4 February 1929. It wrapped, finally, on 11 June. Source: The Speed of Sound, Scott Eyman.

Currently Reading: Tomorrow and Tomorrow And ... , Isaac Asimov. It's always easy to be wise after the fact, but, well, Isaac in population-bomb terror mode talking of how sex-for-recreation will become commonly accepted around the 1990s, thanks to the lesson of the inevitable famines wracking India and Indonesia through the 1980s? Man.

PS: A Summer 2015 Mathematics A To Z: hypersphere, which is not just a sphere that's moving very fast.