Sunday, so, how about some more Chessington World of Adventures pictures? 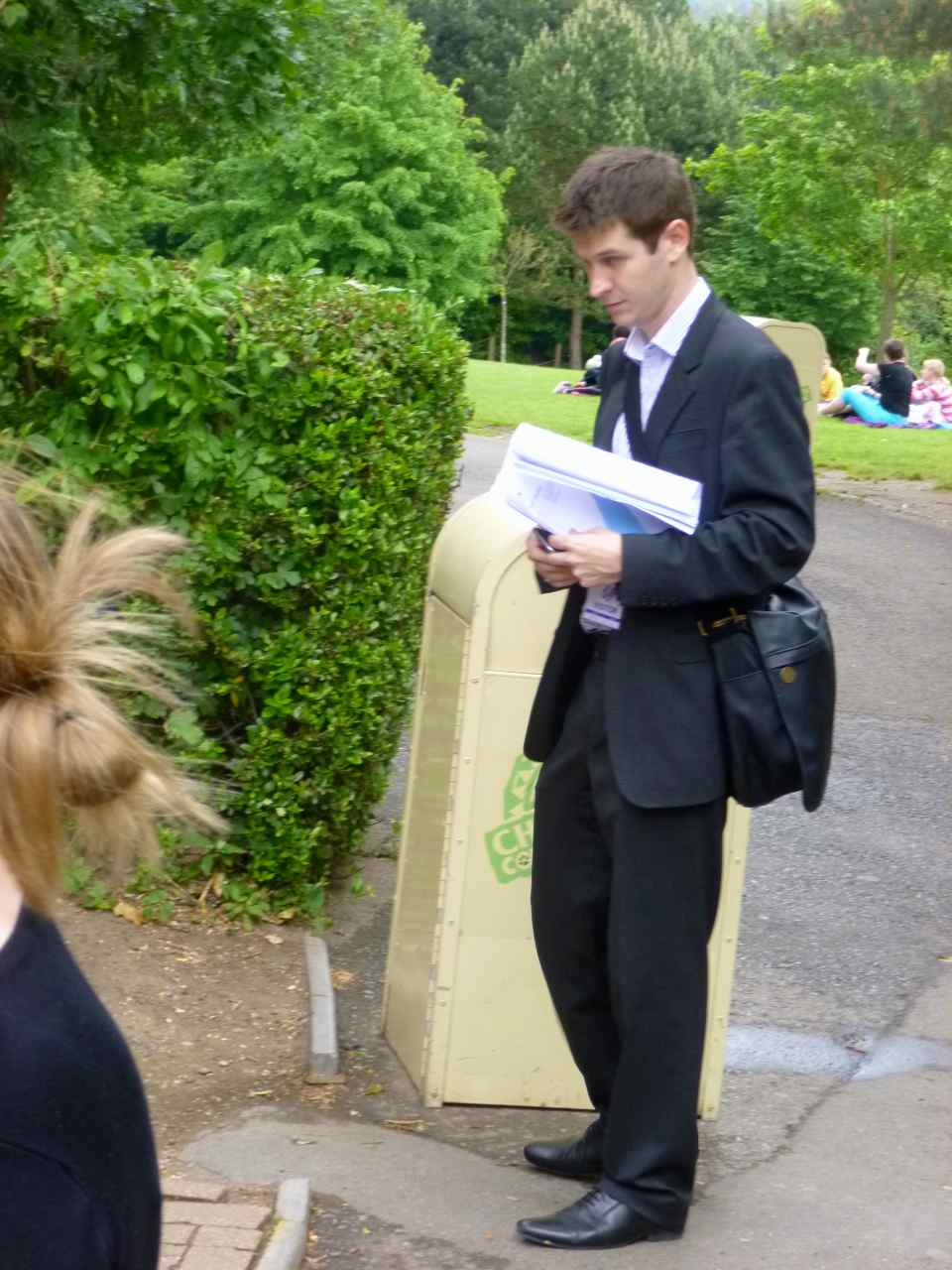 One of a pack of serious business types inspecting rides and referring to sheafs of paper and occasionally iPads. I do not know what he was up to, although I wonder if it wasn't tied to the Alton Towers crash and the working out of (I assume) operational changes to keep that sort of thing from happening. 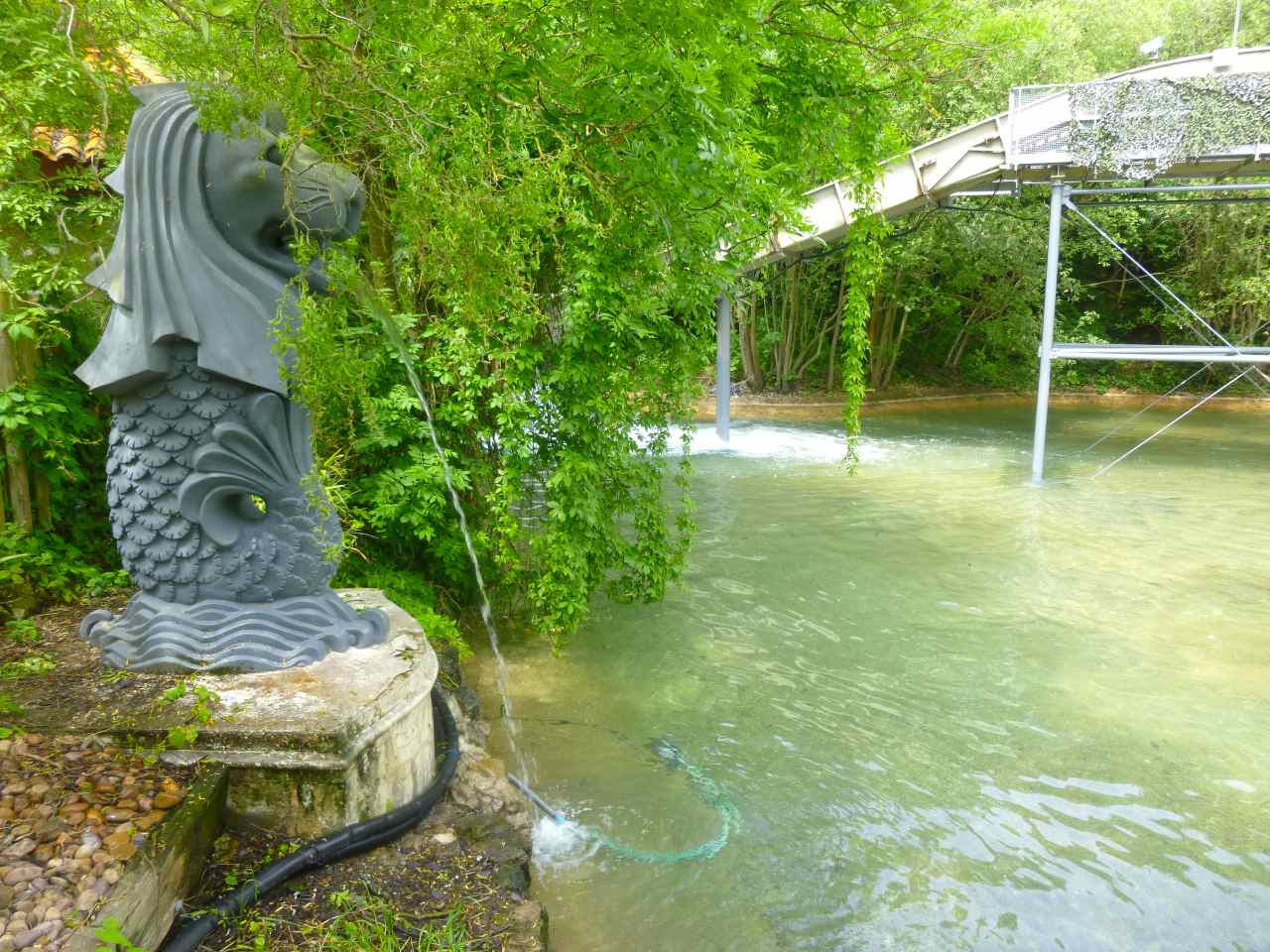 And then suddenly in the Mystic East section was a Mer-lion. There's a plaque explaining its connection to the actual Singapore Mer-lion/s. There's not, as far as I can tell, iconic references to other former British Empire holdings in the park. 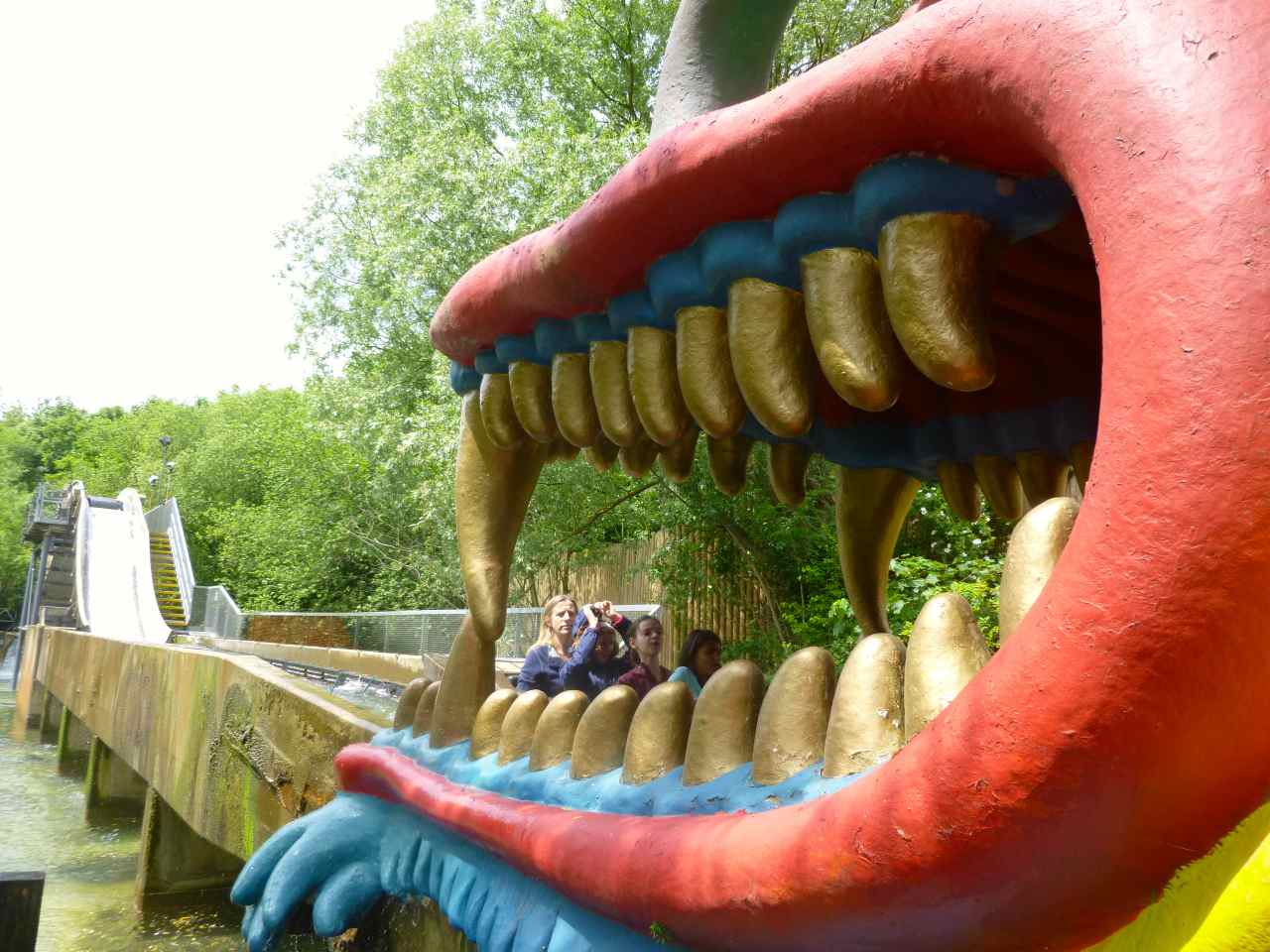 The Dragon Falls log flume. It doesn't mind having a drop that feeds right into the mouth of a Chinese dragon, even though there's really no way to have the car exit again that's logical and tasteful. We got less wet on this than we did on the Monkey Swinger swing ride. 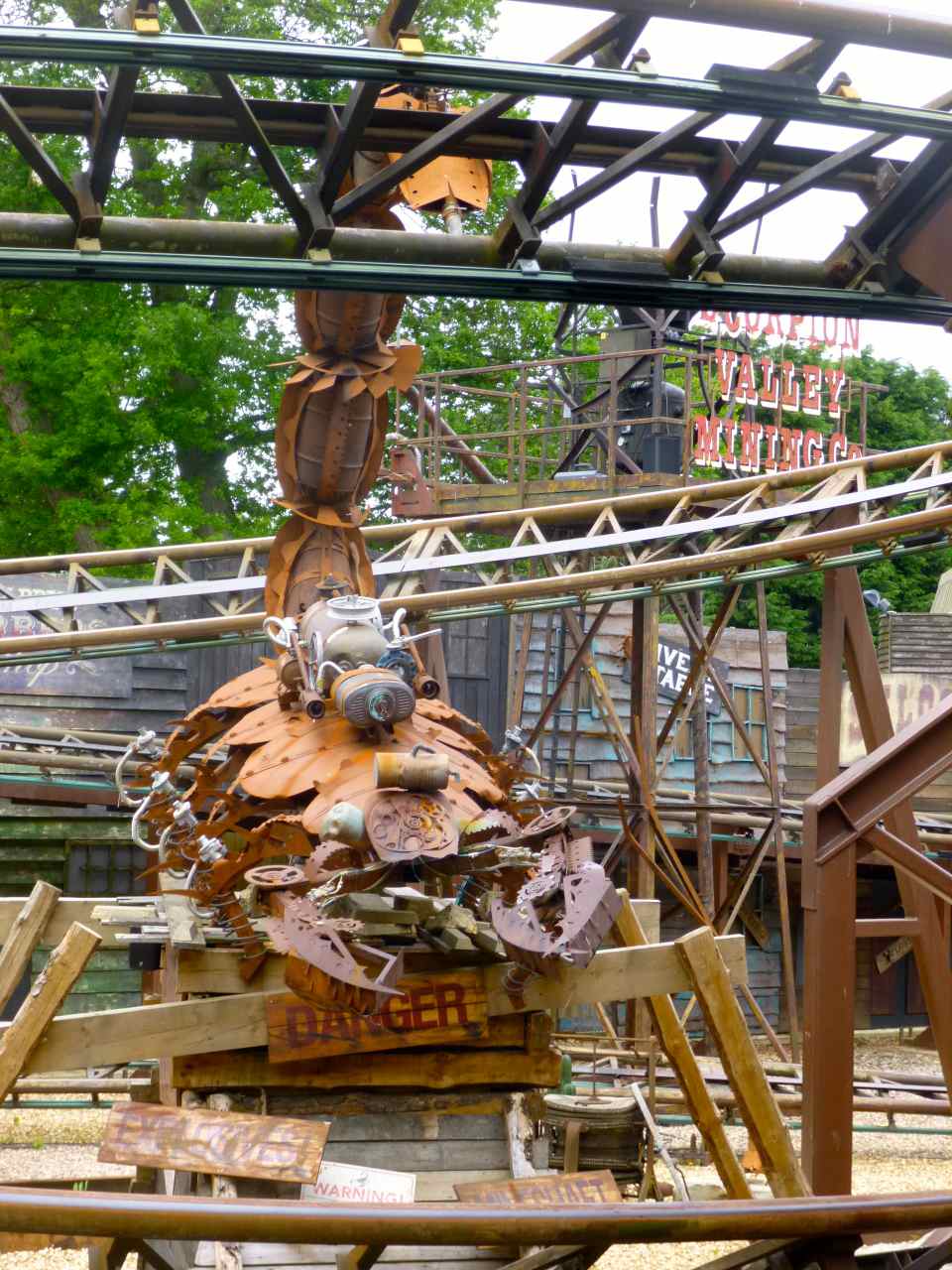 In the Mexicana area, the Scorpion Express powered roller coaster. This too has a water element, shot from the scorpion's tail. There's also a fire column that shoots up. Also, yes, steampunk giant scorpion. It's a nice, speedy ride for all that.

Also, since it's Sunday, how about a review of my mathematics blog posts from the past week?

Trivia: The head of Father Henry Garnet, one of Guy Fawkes's conspirators, was placed on the London Bridge. It retained its color for twenty days, taken popularly as a proof of his innocence. Source: Old London Bridge: The Story of the Longest Inhabited Bridge In Europe, Patricia Pierce.

Currently Reading: The Complete Dick Tracy Volume II, 1933 - 1935, Chester Gould. Neat expectation-defying moment: the Villain's got Dick Tracy and Tess Truehart tied up in a burning cabin. Henchman suggests getting out of there. Villain acts like that's the craziest thing he's ever heard: he broke out of jail specifically to see Tracy dead, he's not leaving until the cabin's finished burning down. (He's not in the cabin, fair enough since it's rigged to collapse as it burns, but he is refusing to just trust that Tracy can't escape the ropes and fire.)