Panoramic view of the riverside near where Albino held its fireworks display. That's not anybody I know on the dock. To the right of the dock was a frog who was noisy enough before all the fireworks started. 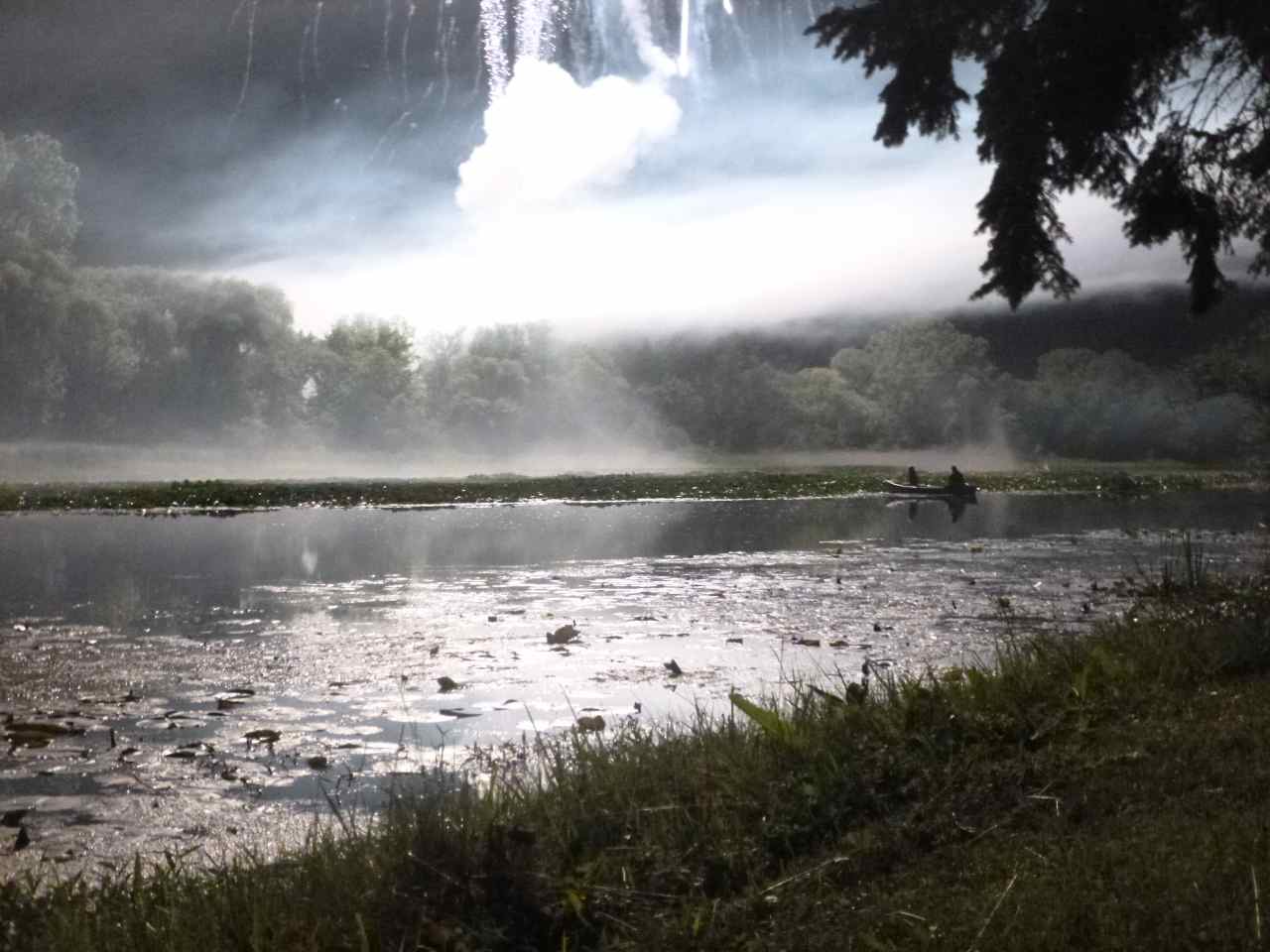 And that's what the fireworks looked like. I didn't realize there were people watching from their canoes at night, but I guess that worked out for them. 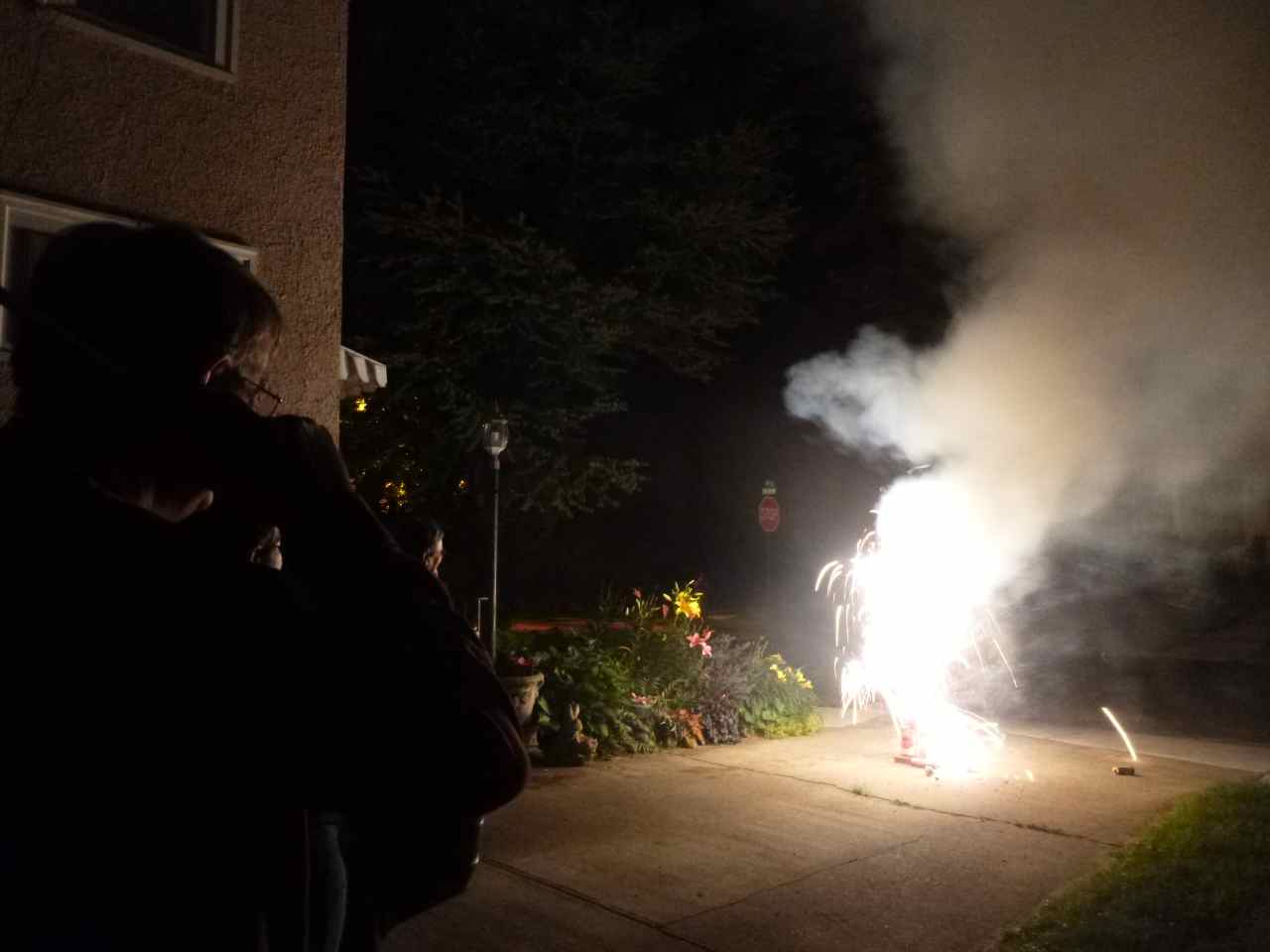 And back at my parents-in-law they set off a whole mess of firecrackers in a tradition that is utterly alien to my way of thinking. I'm not saying it's wrong. I'm just used to not making things explode.

Is my humor blog on your Friends page? It could be. Go ahead and check. Is it on your RSS feed? I don't know, do we have RSS readers anymore? If you missed it all the past week, try this:

As ever, thank you.

Trivia: No letters or journals of John Cabot's first, 1497, voyage to the new world survive (if any ever existed). Source: The Fourth Part of the World: The Race to the Ends of the Earth, and the Epic Story of the Map that Gave America its Name, Toby Lester.