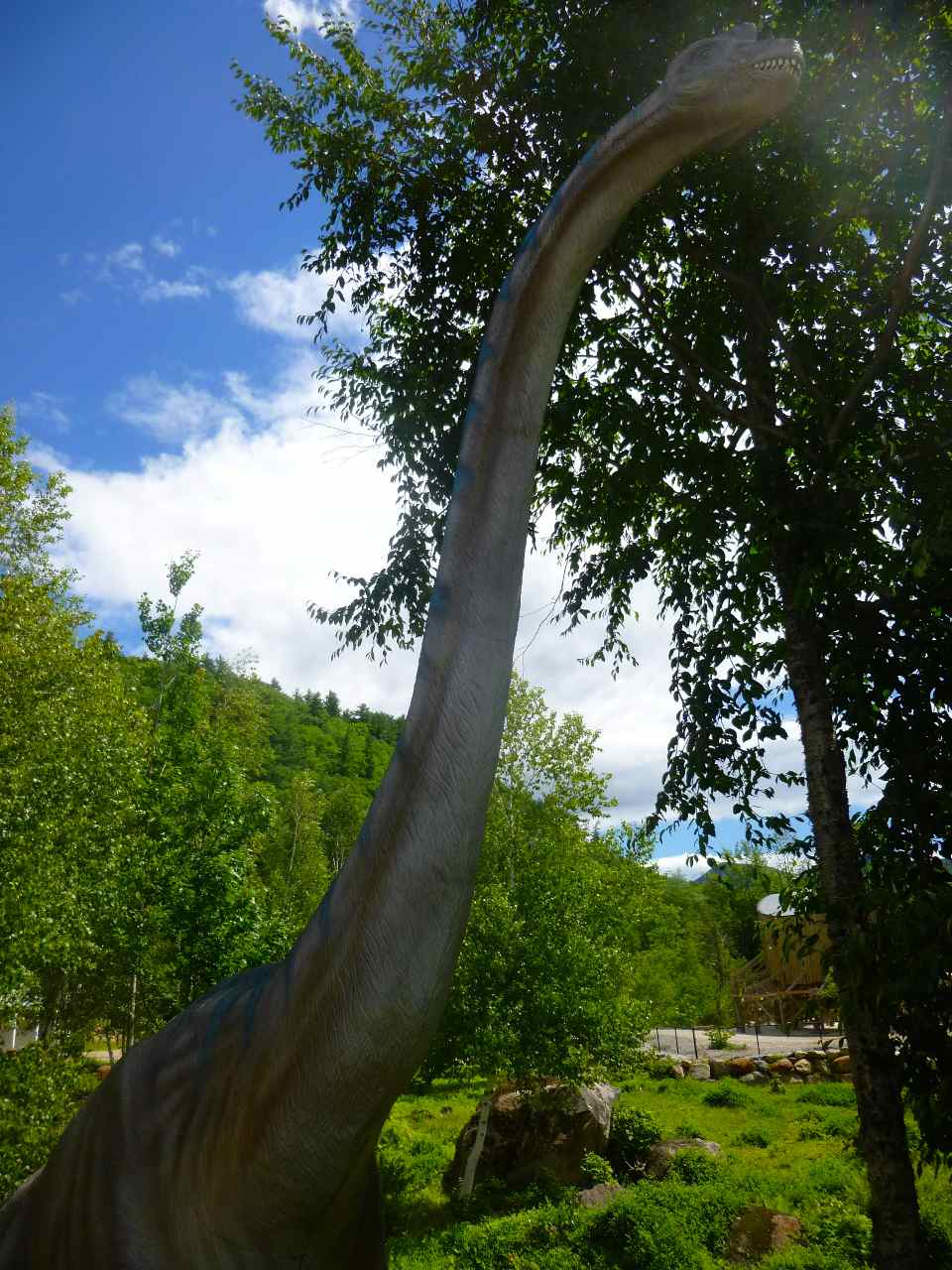 Dinosaurs! They've got sculptures and animatronics at Story Land. And, yeah, in some directions you'd barely know there was a park there. 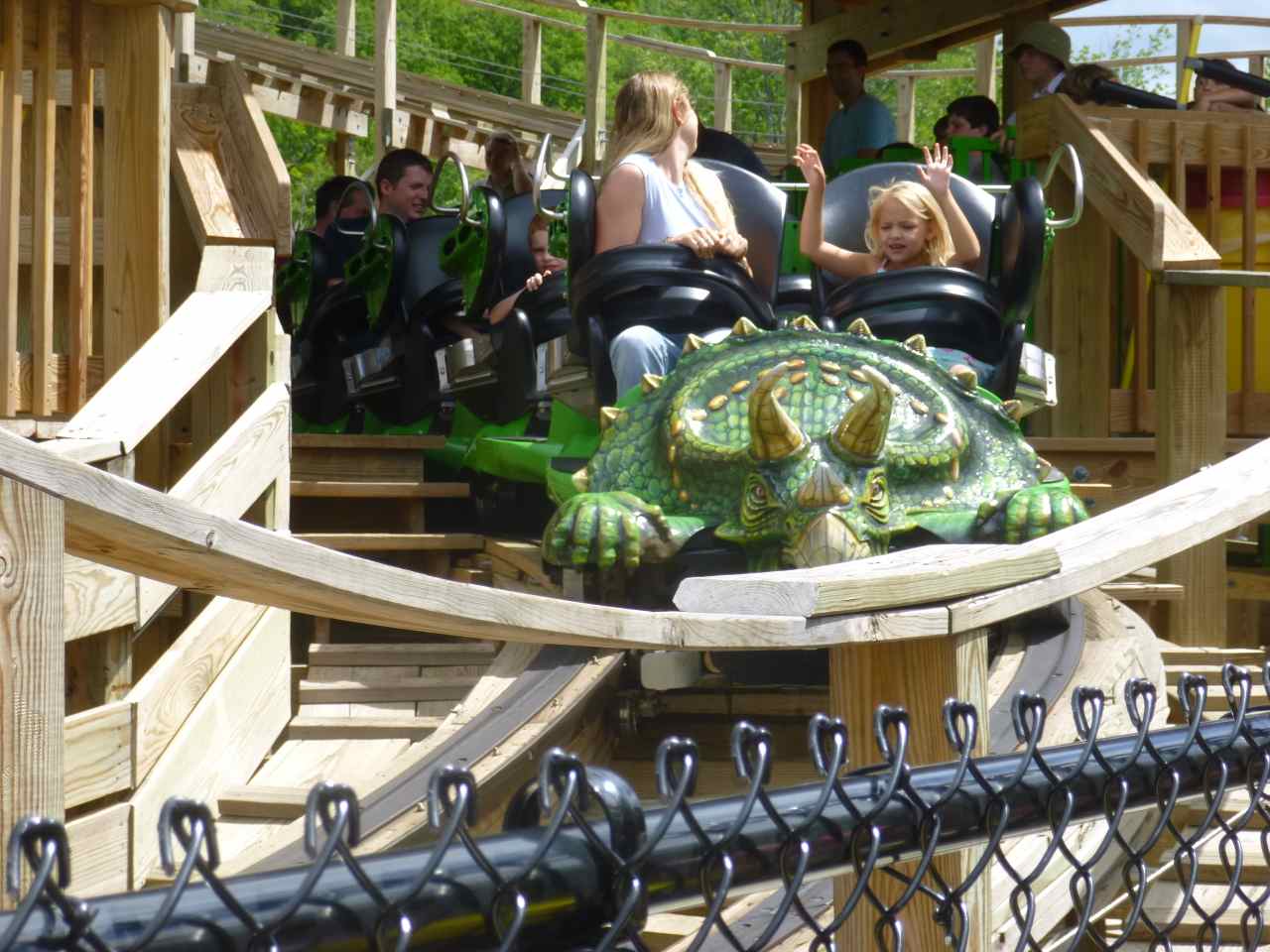 Rory! The train for Roar-A-Saurus, which has a nice, attractive shaped train. It's a really, really fun roller coaster and it doesn't hurt that the train cars are cute. 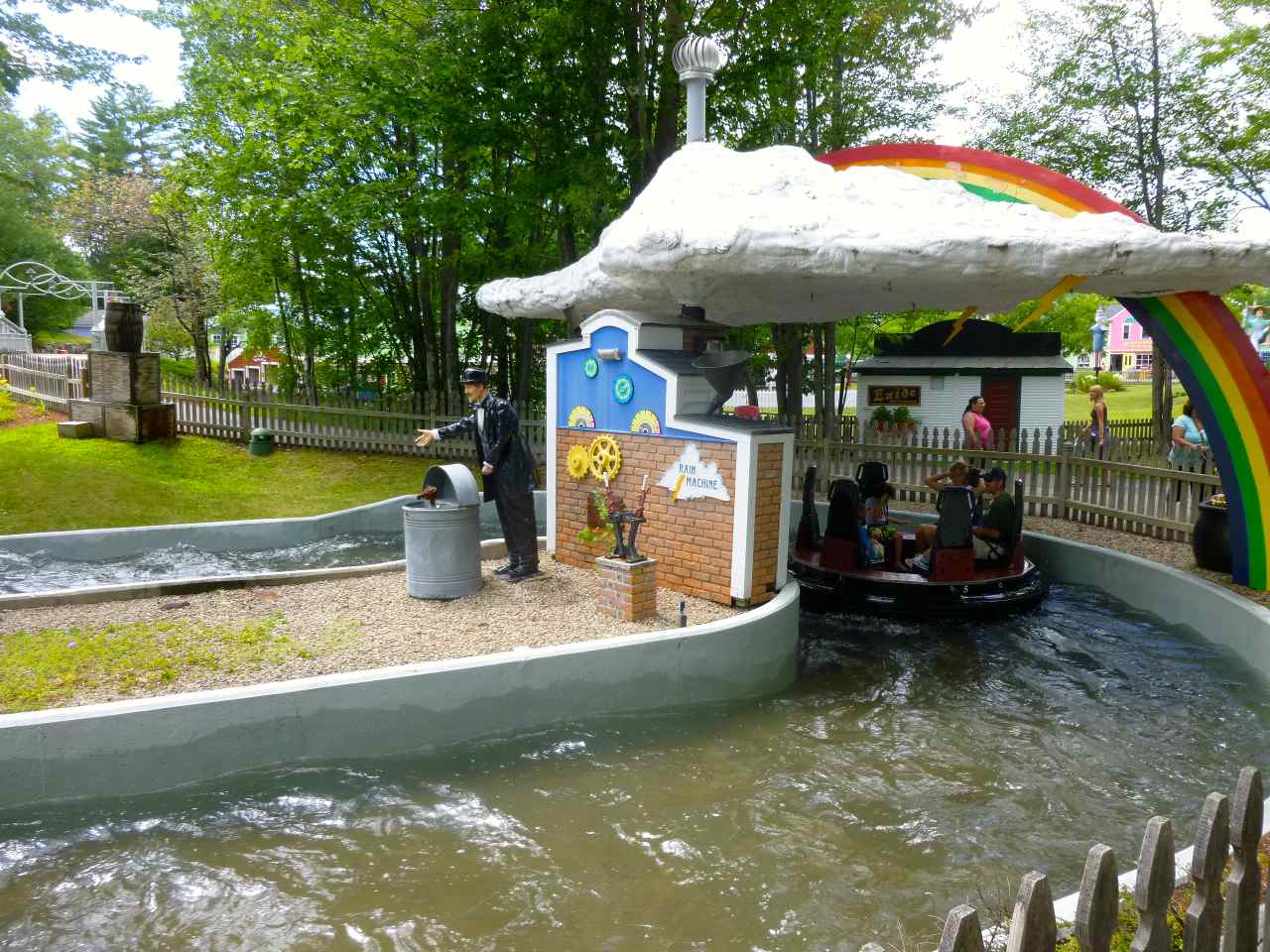 Dr Geyser's Remarkable Raft Ride! The ride is themed to a turn-of-the-century inventor with his weather-controlling mechanisms and the ride promises to make you wet, for example, by sending you under the rain machine. 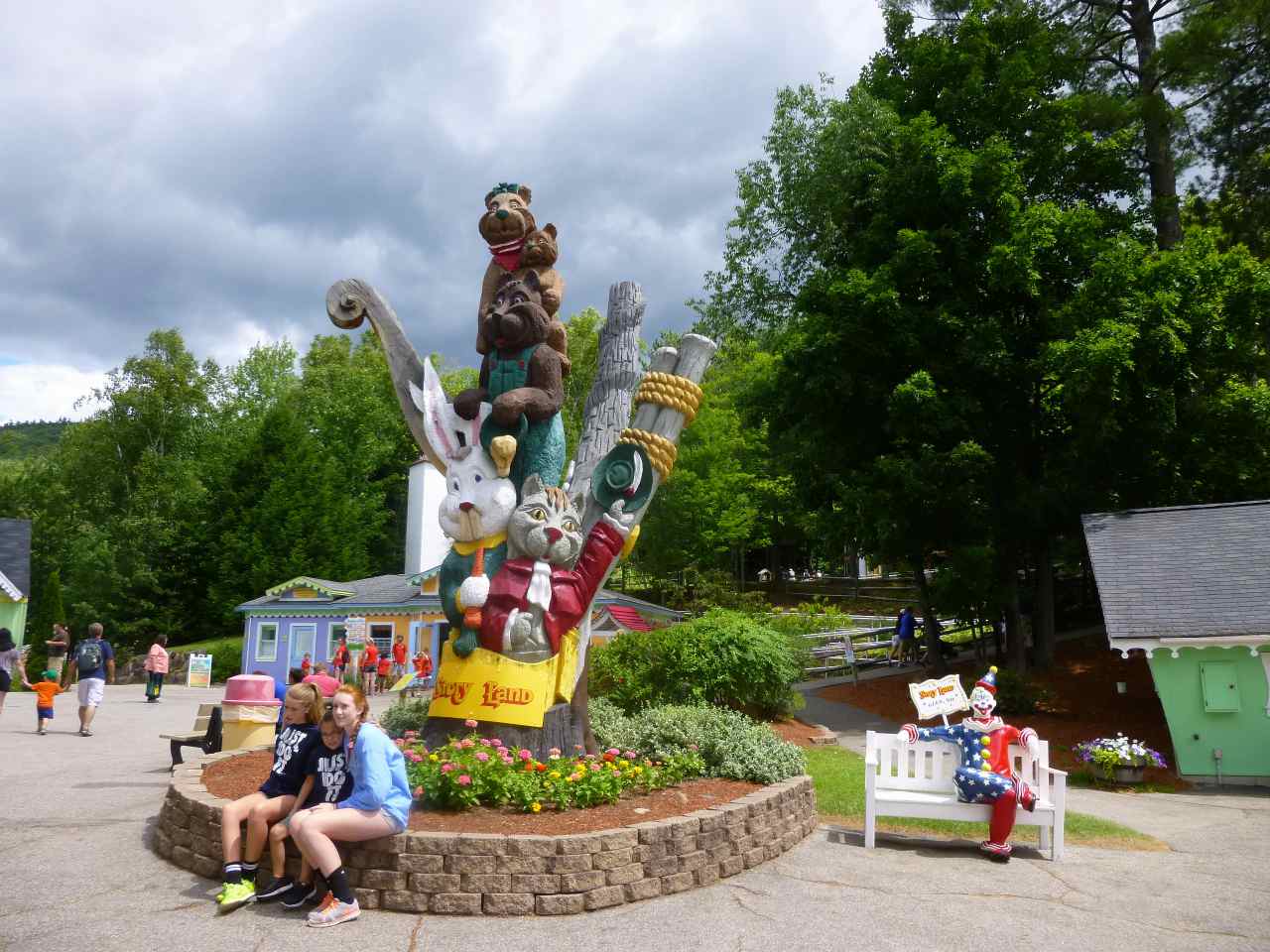 Story Land character totem pole. And, off to the side, a clown that I think is an even older park icon. There's a Heidi-themed cabin in the background, up the hill and to the right of the totem pole, to the left of the tilted house. 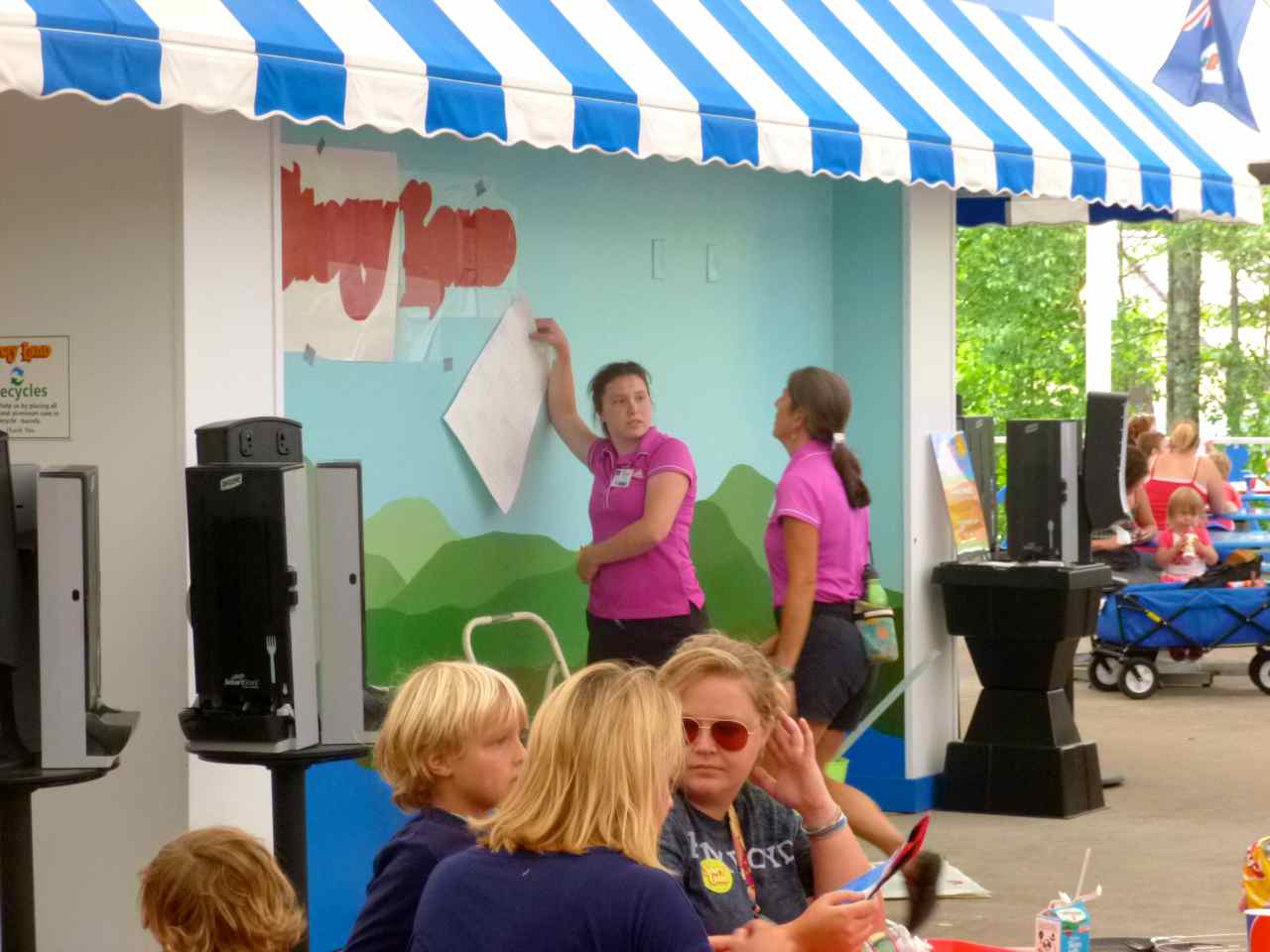 Throughout lunch these two park workers were clearly trying to apply Story Land decals to the wall in the international food court. They sometimes called in someone else to consult on the work. But they never did anything while I was watching.

And so what's been going on in my humor blog? This is what:

Trivia: After the November 1918 armistice the first food shipments to Germany were made in late March of 1919. Source: Paris 1919: Six Months That Changed The World, Margaret MacMillan.