Let's be happy again. It's Sunday/Monday, so, let me finish off Story Land pictures and give you a last look at Story Land. 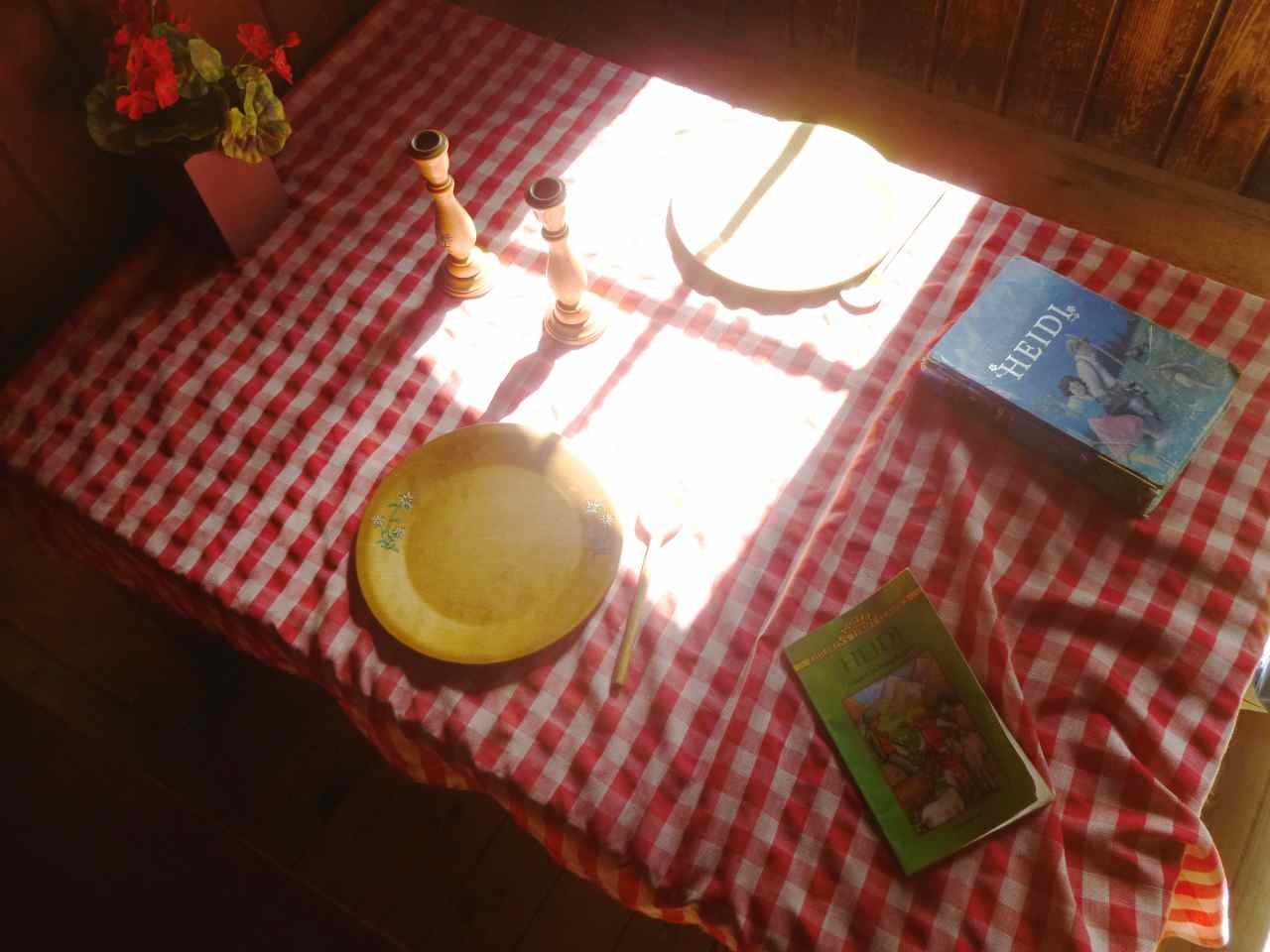 Props from inside Heidi's Grandfather's cabin, one of the story-book adventure settings in the park. The presence of not just one but two copies of Heidi suggests a dangerous breach in the walls between fiction and reality in the Heidi's Grandfather cabin. Or maybe Heidi is a more modern, fourth-wall-breaking adventure than I imagine. I dunno. 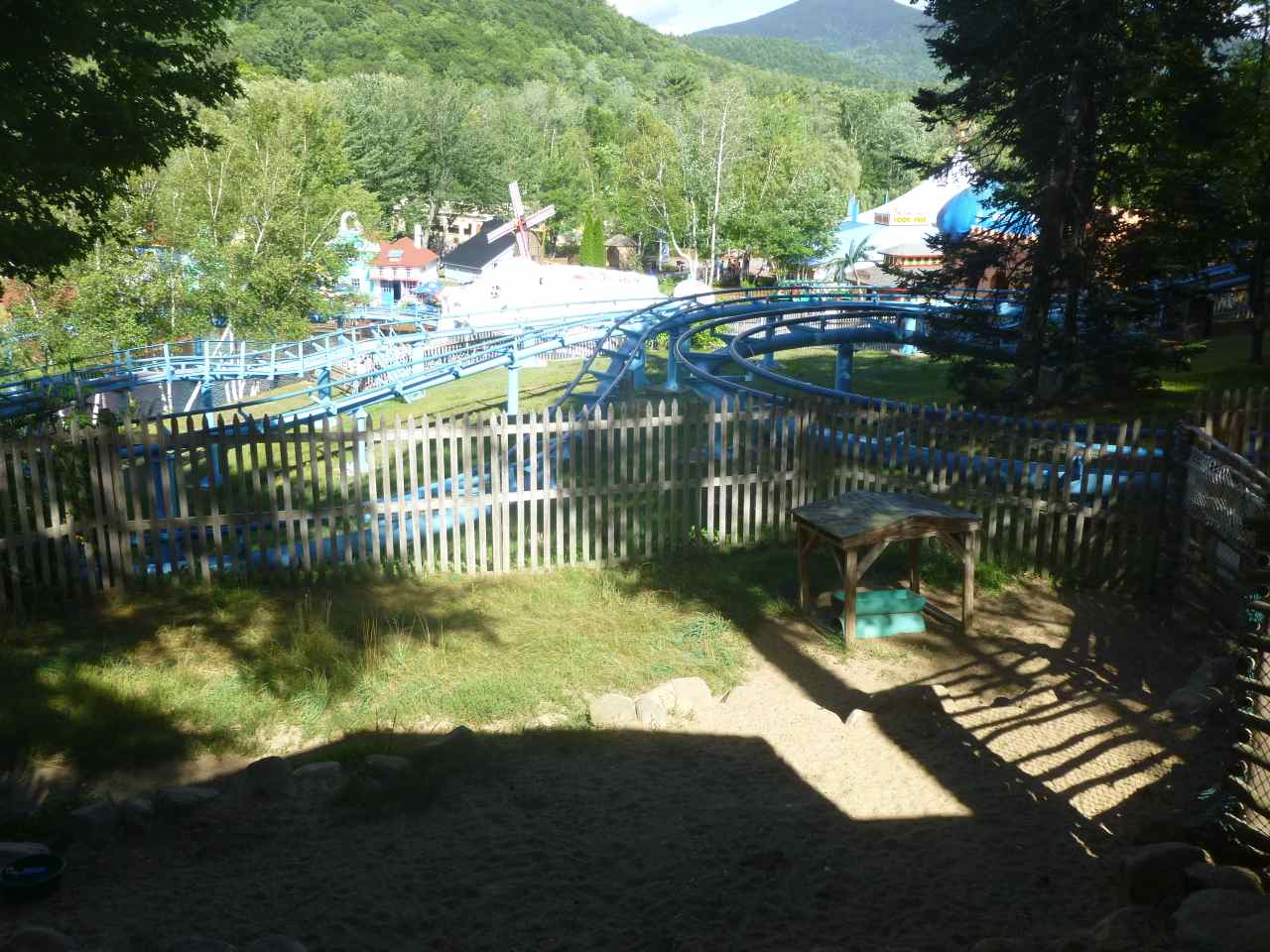 Polar Coaster, and some of the eating venues, as seen from the hilltop beside Heidi's Grandfather's cabin. 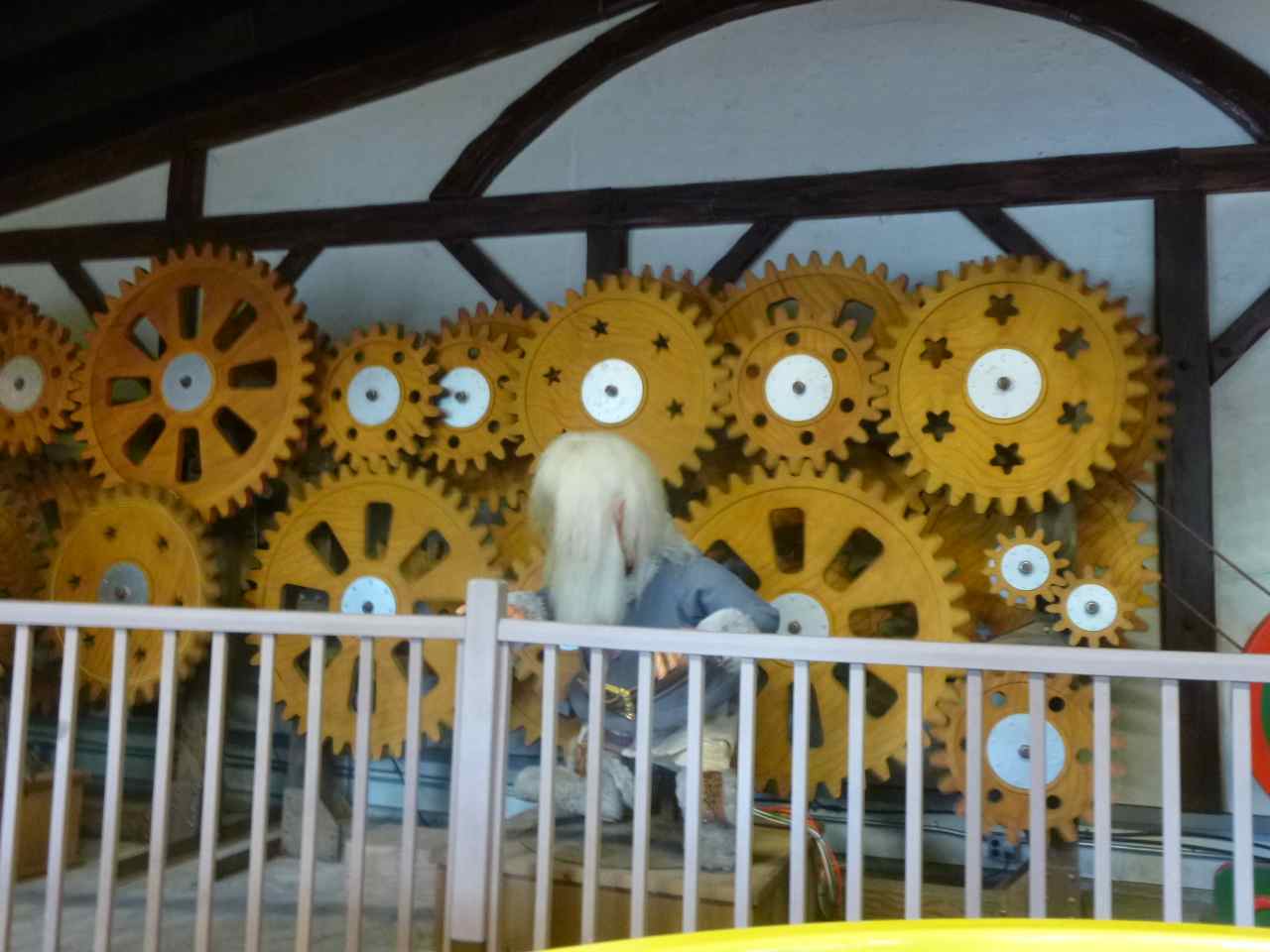 Interior animatronics of the Cuckoo Clockenspiel. It's a spinning-tubs ride, with a heavy clock theme that's really rather hypnotic. 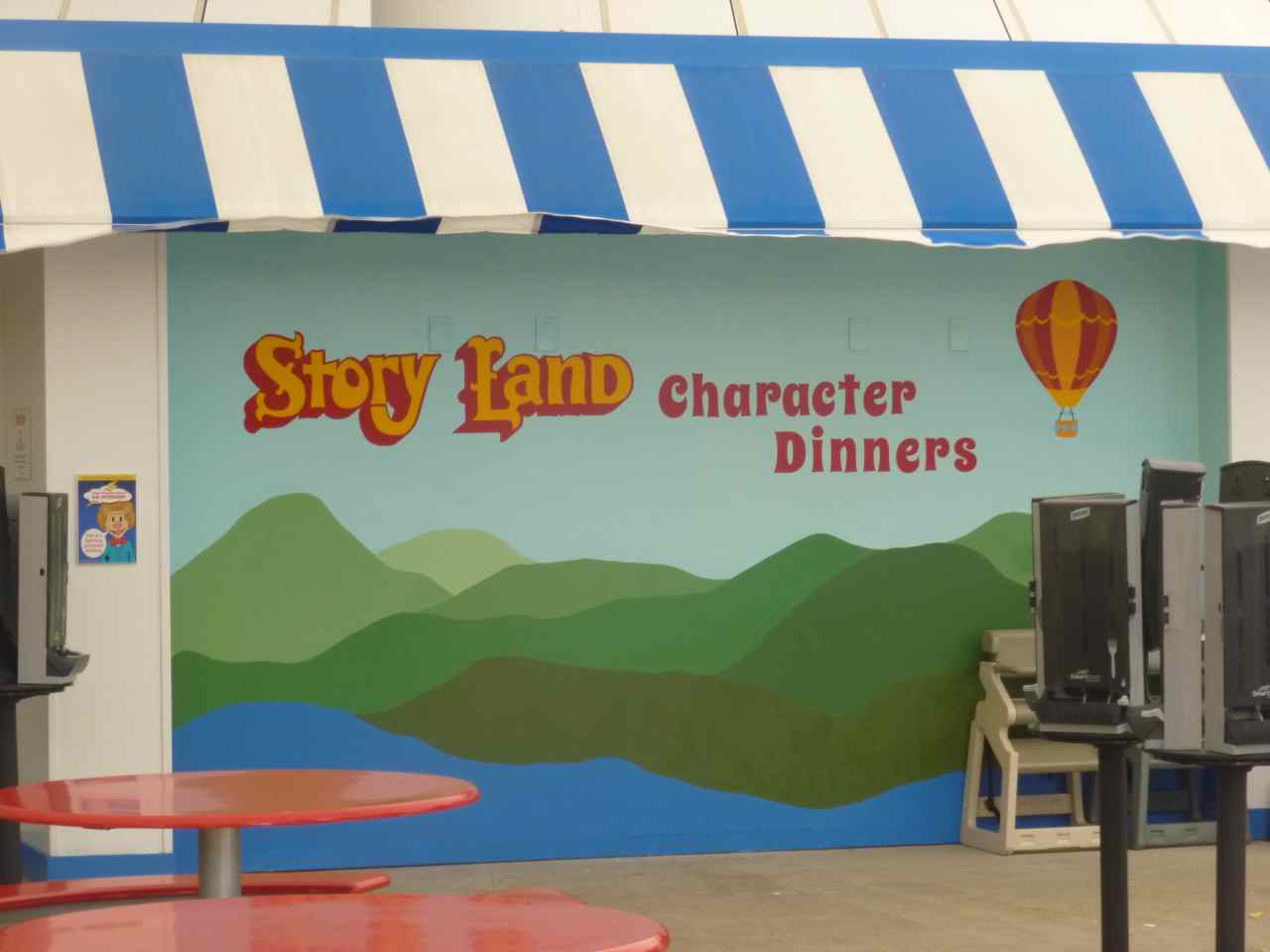 So that's what they were up to! The decals and appliques that staff was getting ready to put up, but not quite doing, at the Friends Around The Word Food Fair were put on sometime between lunch and the later part of the day. 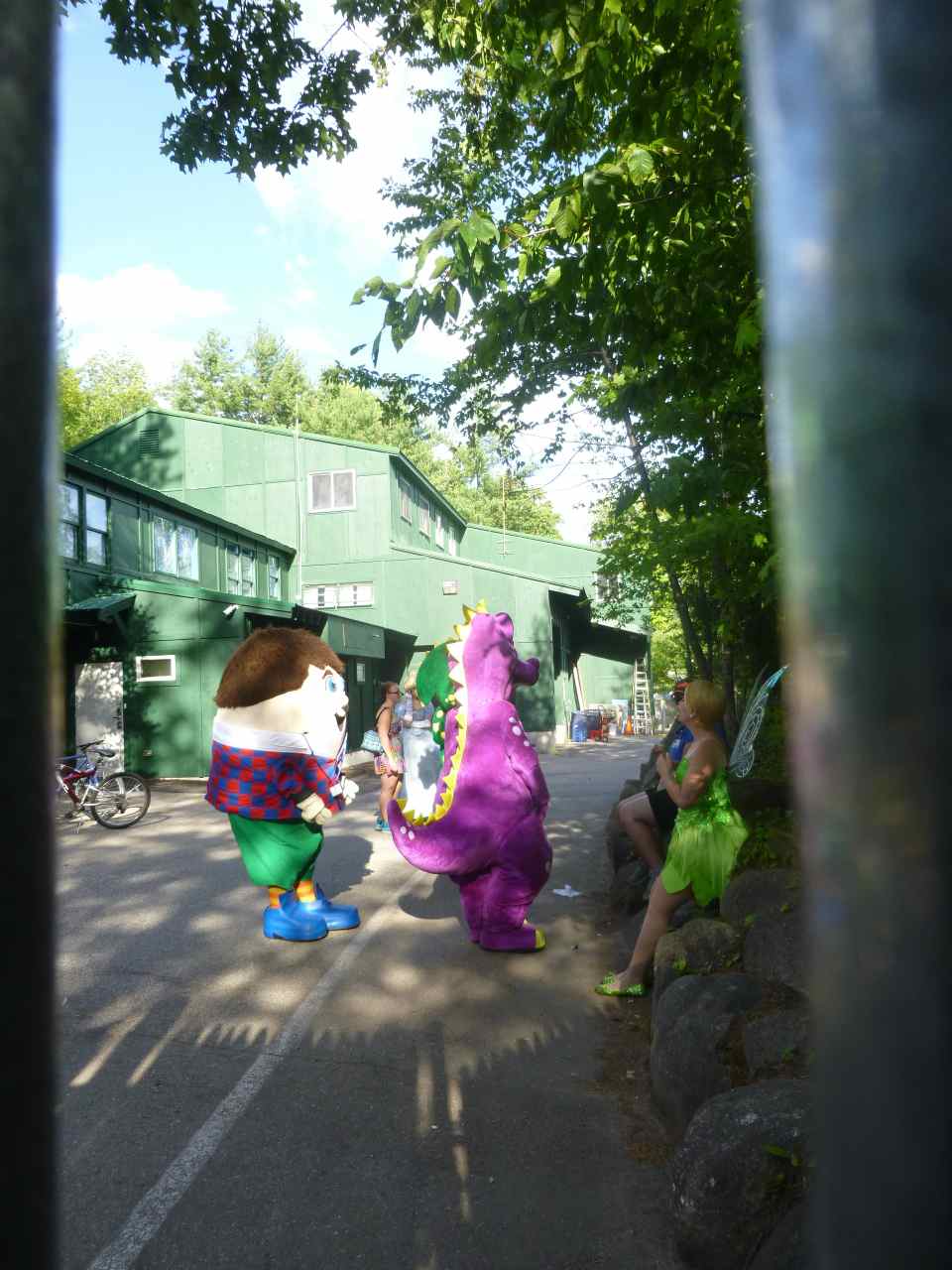 Fairy tale characters! This is a photo through the fence as character, including Dutch Wonderland's Duke the Dinosaur, get ready for a public event of some kind. Kennywood's parent company bought Dutch Wonderland from Hershey a few years back, and Duke's been appearing at all their parks ever since, and we're still a little weirded out by that.

And in my mathematics blog the past week? Here's what you could be reading about.