What's been on my humor blog the past week? A string of things: 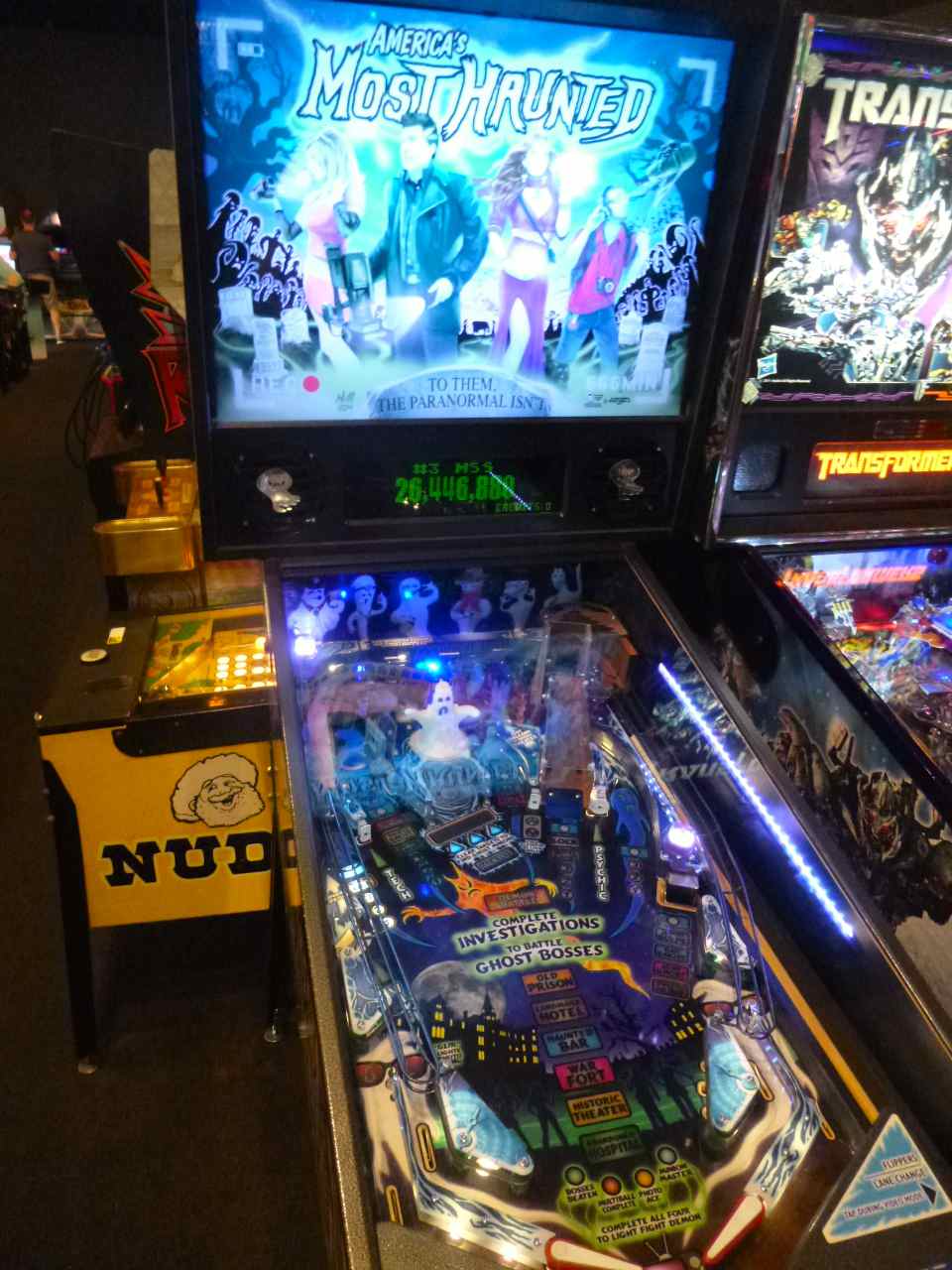 America's Most Haunted, an example of the rare boutique pinball project that successfully produced pinball machines. It's a pretty fun game with modes that represent, like, ghosts in an abandoned hospital and the like. 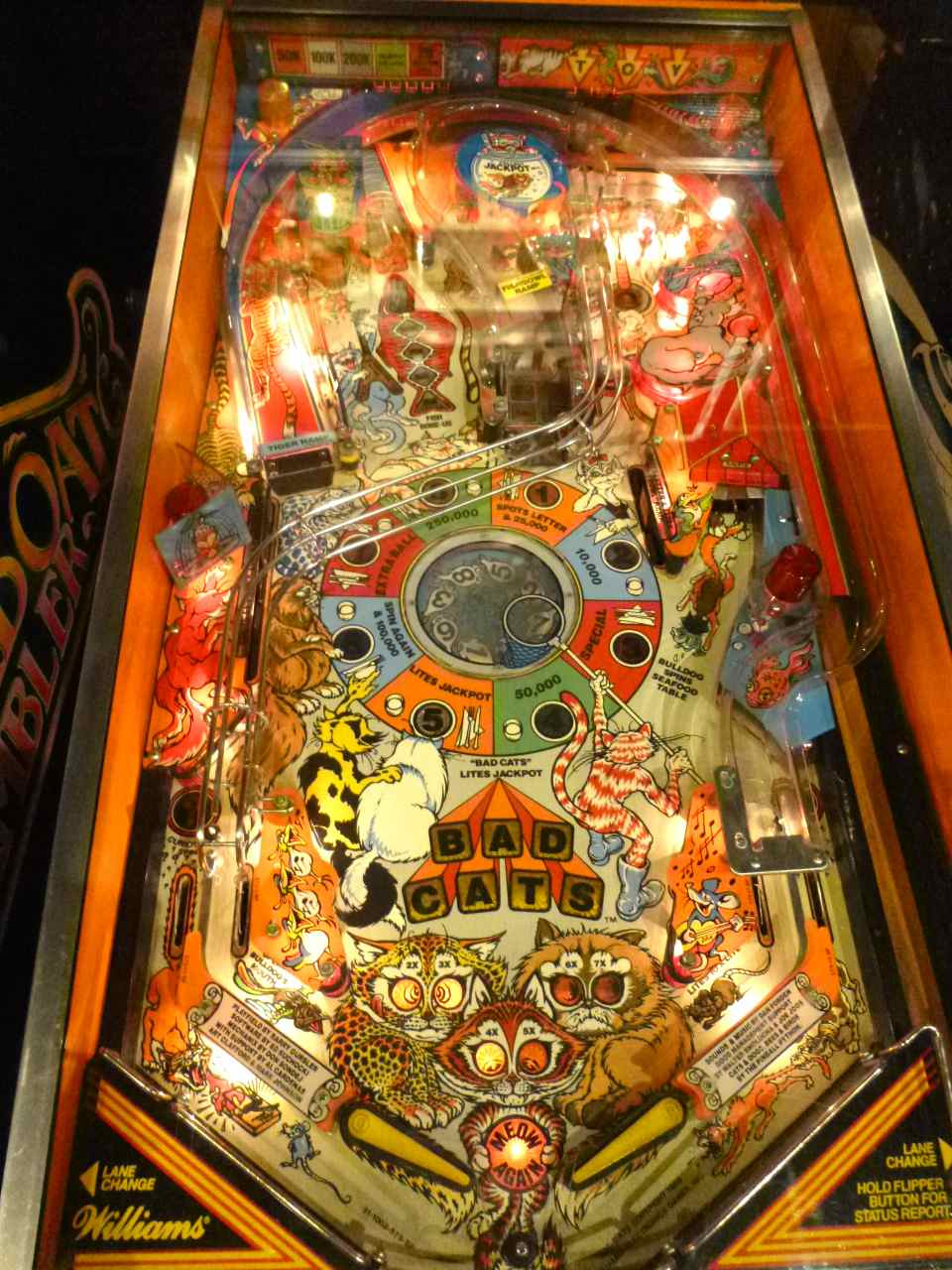 The playfield of Bad Cats, a 1989 game with art from the productive mind of Python Anghelo. Study the playfield close. There's a lot of cartoon mayhem and chaos breaking out here. So, I'd never played Who dunnit outside its Pinball Arcade version. It makes much more sense in person. Also I had my best game of it ever when I actually touched the machine in person. This suggests a pinball game strategy I had not considered before. 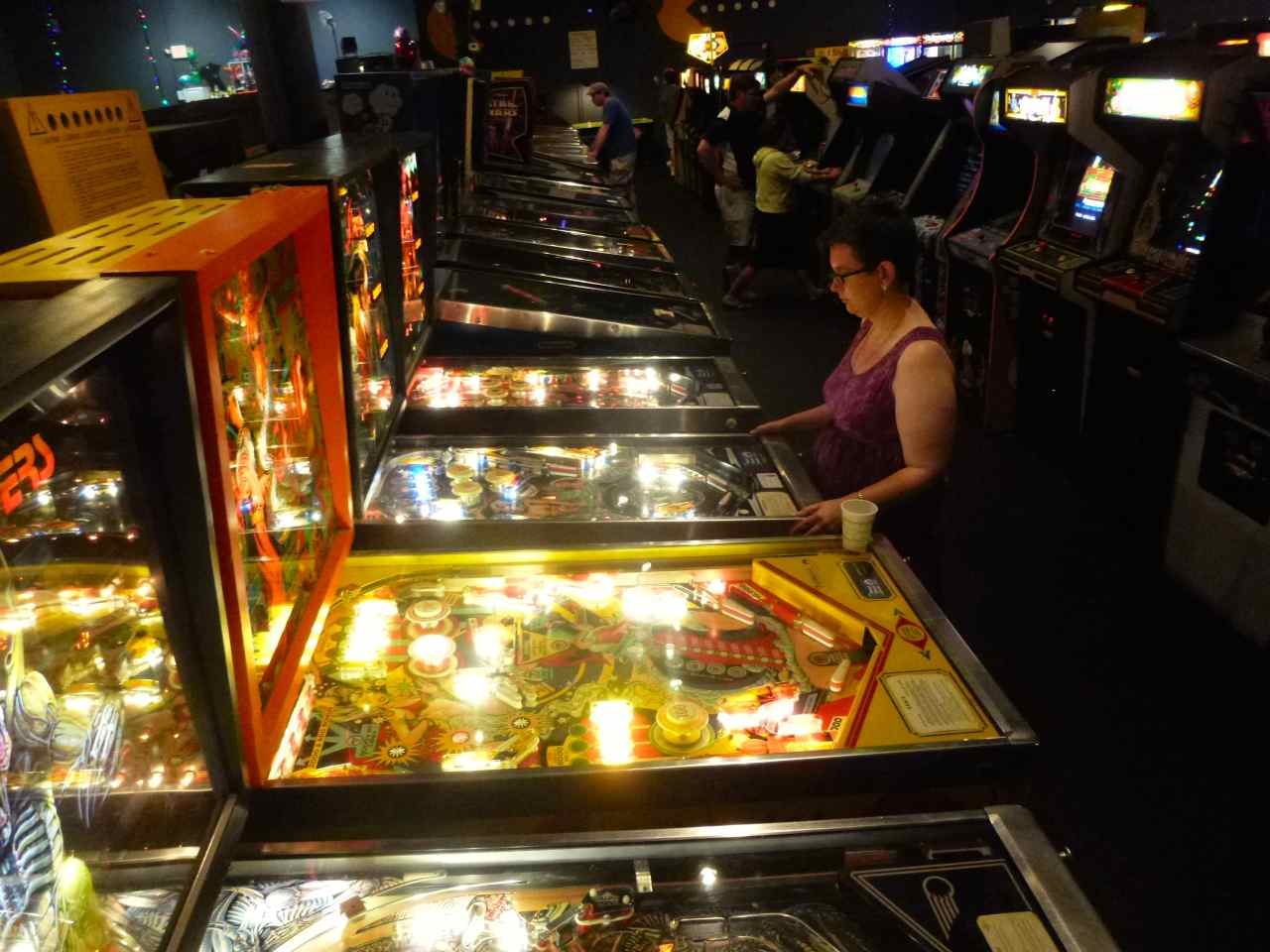 bunny_hugger hard at work extracting all the points from, I believe, a 1980 Fathom game. 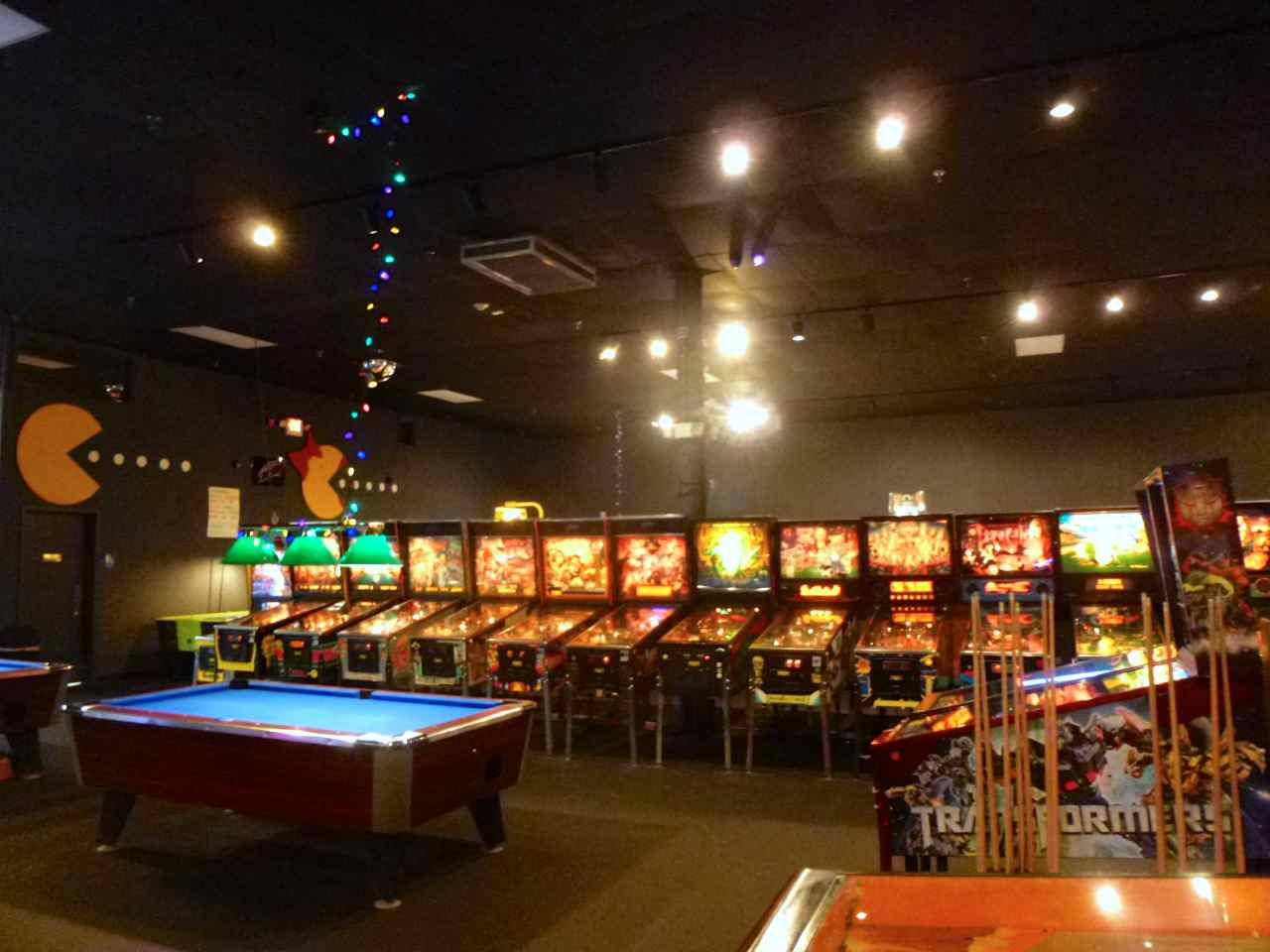 One of the fewer-than-I-thought photographs I took of the Pinball Wizard Arcade's overall setting. It's a dark place, yes, but there's pinball machines (there's a giant Hercules in the lower right), pool, classic arcade games. There's also an REO Speedwagon CD you can get from the redemption counter. Not pictured.

Trivia: The ketch which the space shuttle Atlantis was named after --- a research vessel of the Woods Hole Oceanographic Institute --- is in the service of the Argentinian coast guard now. (As the El Austral.) Source: Atlantic: Great Sea Battles, Heroic Discoveries, Titanic Storms, and a Vast Ocean of a Million Stories, Simon Winchester. (Argentina took it over in 1966, and the Woods Hole Oceanographic Institute has a replacement vessel by the same name.)

PS: Reading the Comics, November 10, 2015: Symbols And Meanings Edition, a bunch of comics that let me say what things stand for.