Before getting back to Quassy Amusement Park photographs let's look at my humor blog, which had a really weird week, considering. Posted there have been:

Well, I think all that's splendid. You could read it as it happens on your Friends page, or you could get at it by your RSS reader, or you could join the nearly more than two people who, in the wake of my AV Club mention, get new articles sent you by e-mail.

So that's all delightful. Now, finally, here's some Quassy pictures: 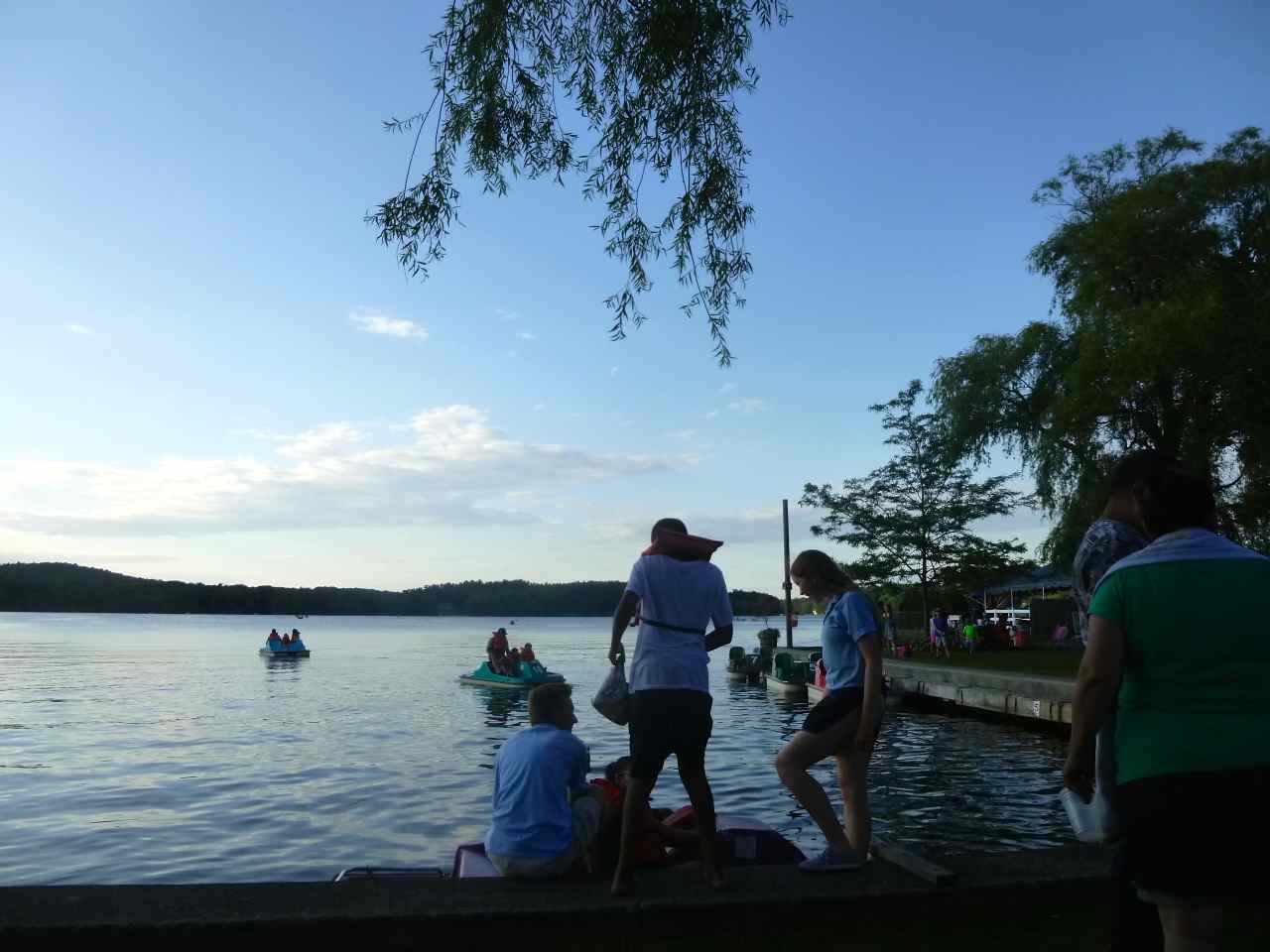 Rentable boats on Lake Quassapaug. There isn't any barrier, not even a rope guide or a set of buoys to warn people they're going too far. At least none we could see. The boat at center-left you might think is out a fair bit, but we saw some that seemed to have got near the far side of the pond. We hoped they weren't trying to paddle their boats to the Bahamas. 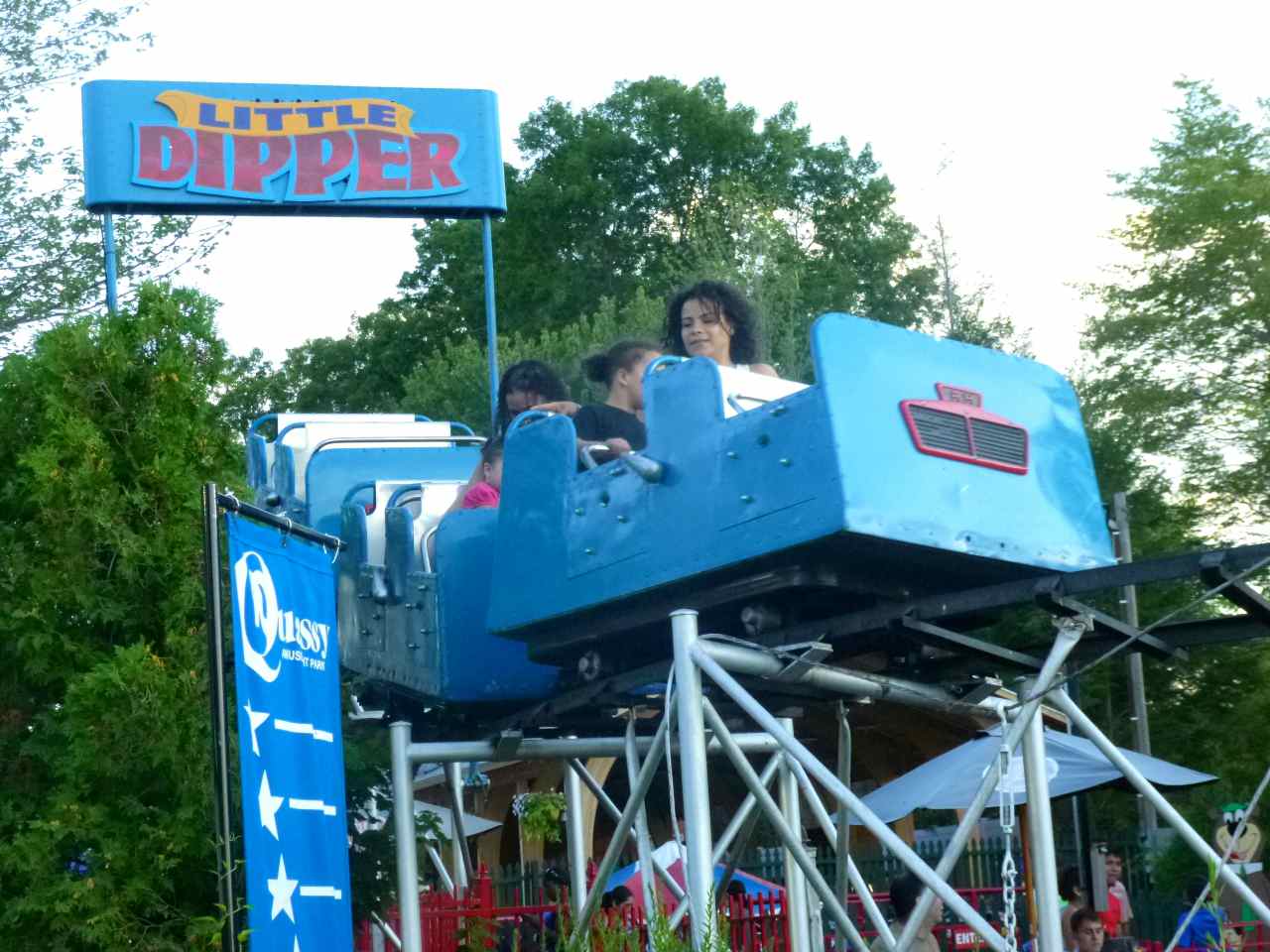 From the Kiddieland section, the Little Dipper. Quassy got the ride in 1952, according to their web site. Its twins appear at many parks. If Coasterpedia's list of the oldest roller coasters in the world is correct, then this is the oldest steel roller coaster I've ever ridden. Its twin at Conneaut Lake Park is closed to riders as tall as I am. 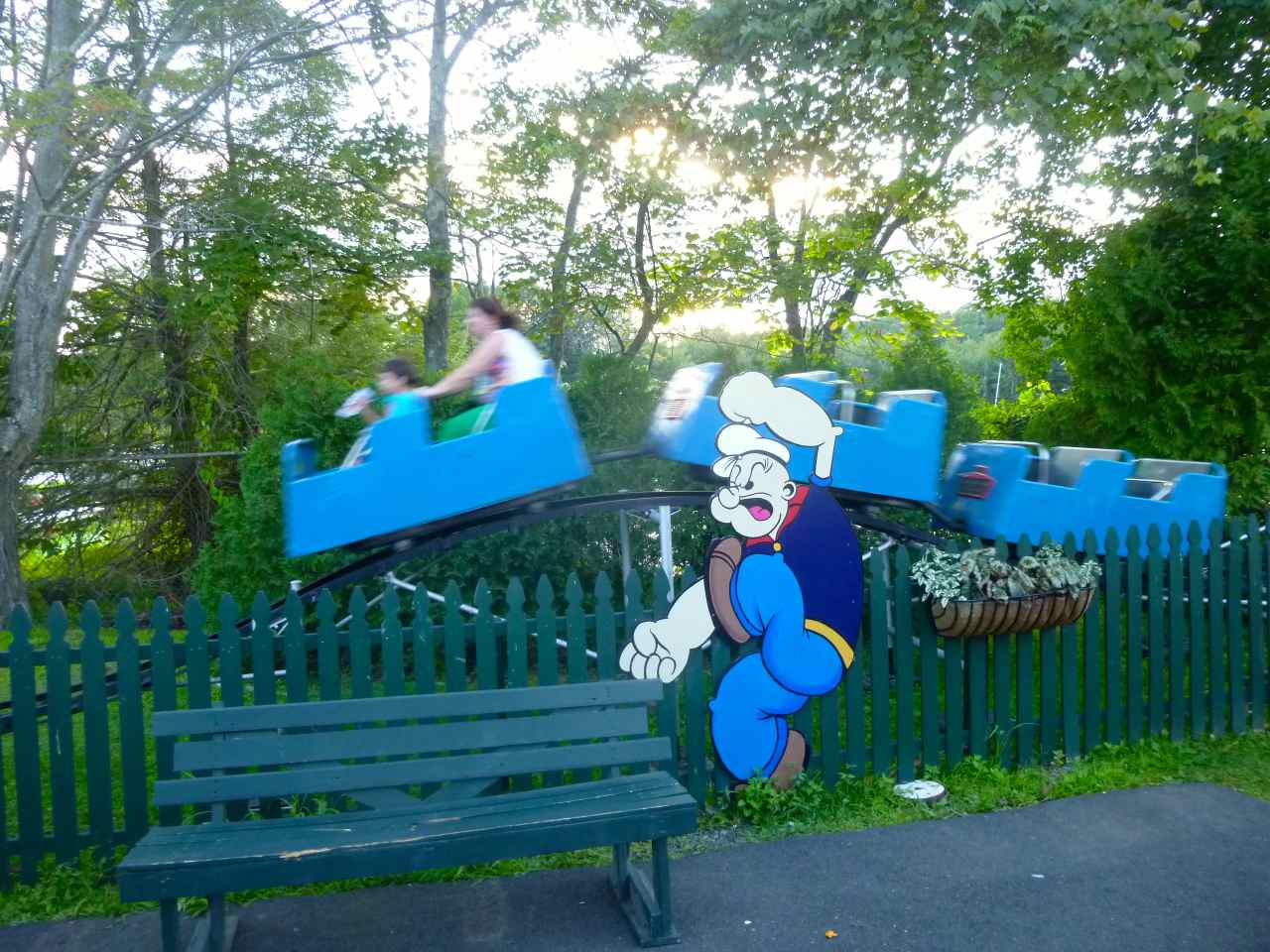 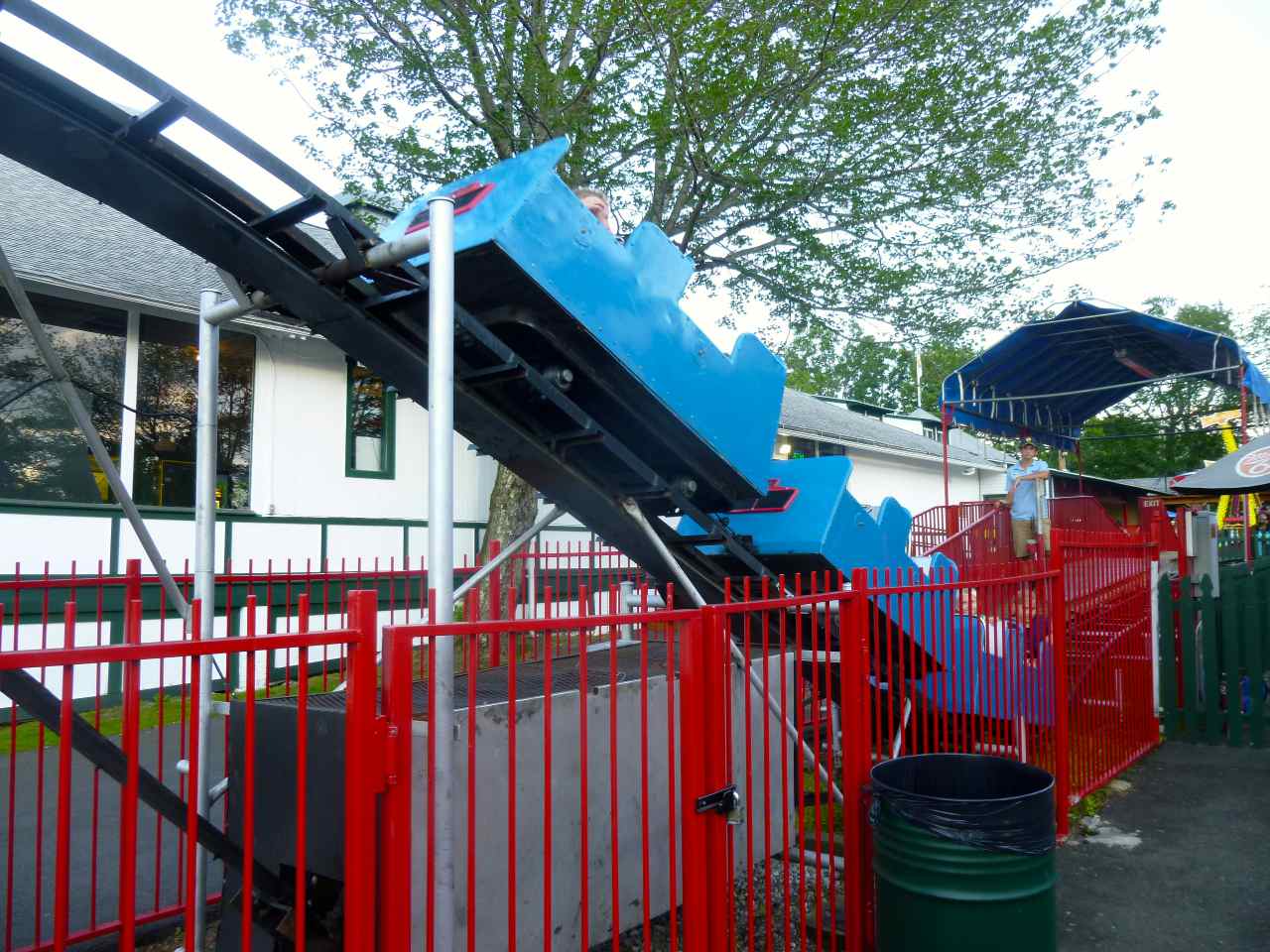 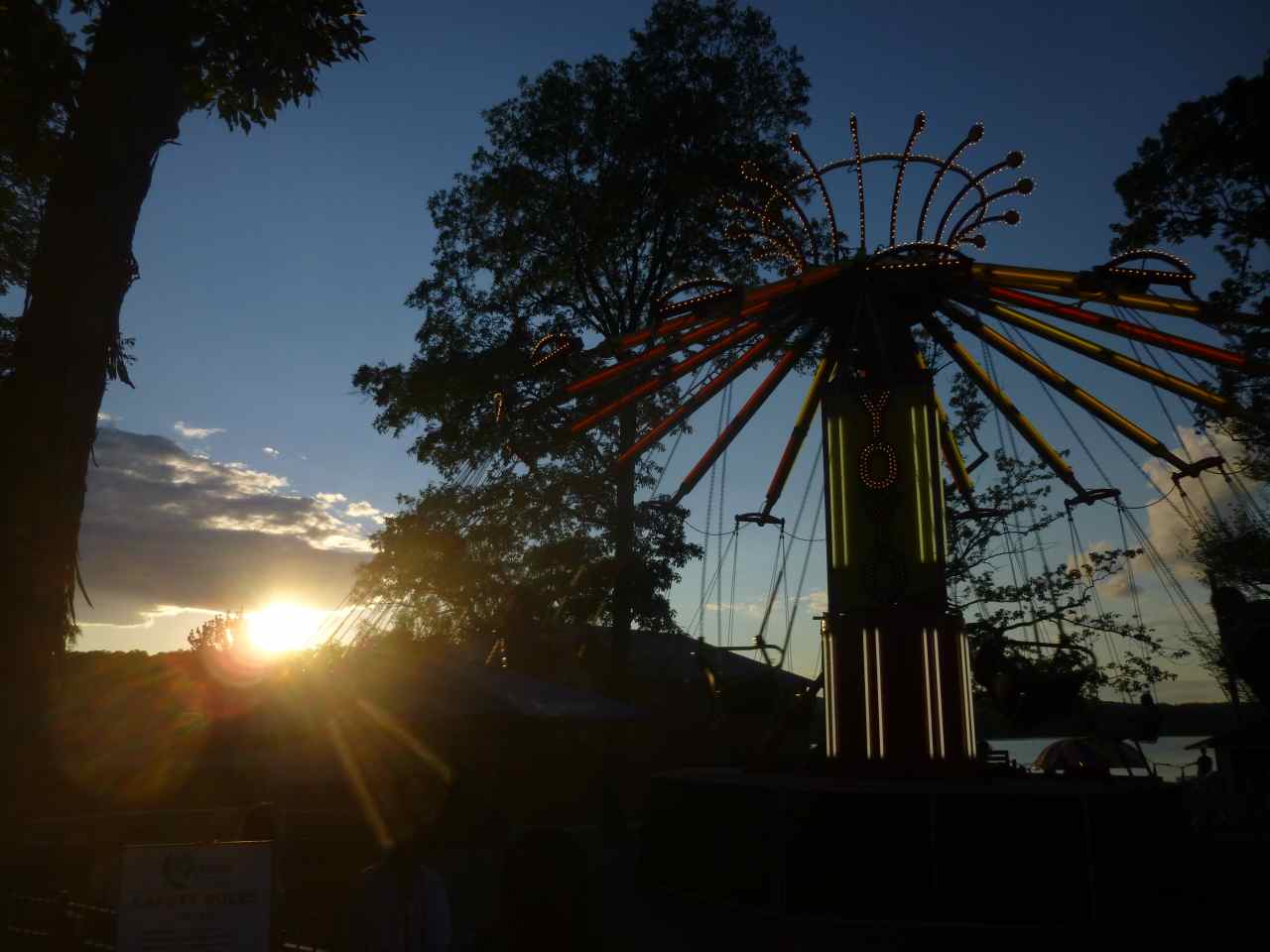 Sunset was approaching. This is the Yoyo swinging-chairs ride, near the Quassy Zoo, and just a bit off the shoreline where the boats are rented out.

Trivia: Organizing the new Polish state after World War I required harmonizing nine separate legislative systems and five different currencies, as well as 66 kinds of railroad line with 165 types of locomotives. Source: Paris 1919: Six Months That Changed The World, Margaret Macmillan. (I admit I'm not sure how many different kinds of locomotive a Poland-sized country should have. Also I'm not sure what Macmillan means by different kinds of railroad line; that might include minor but necessary differences like AC and DC electric lines in cities, or narrow-gauge lines used in specialized mountain or industrial work.)