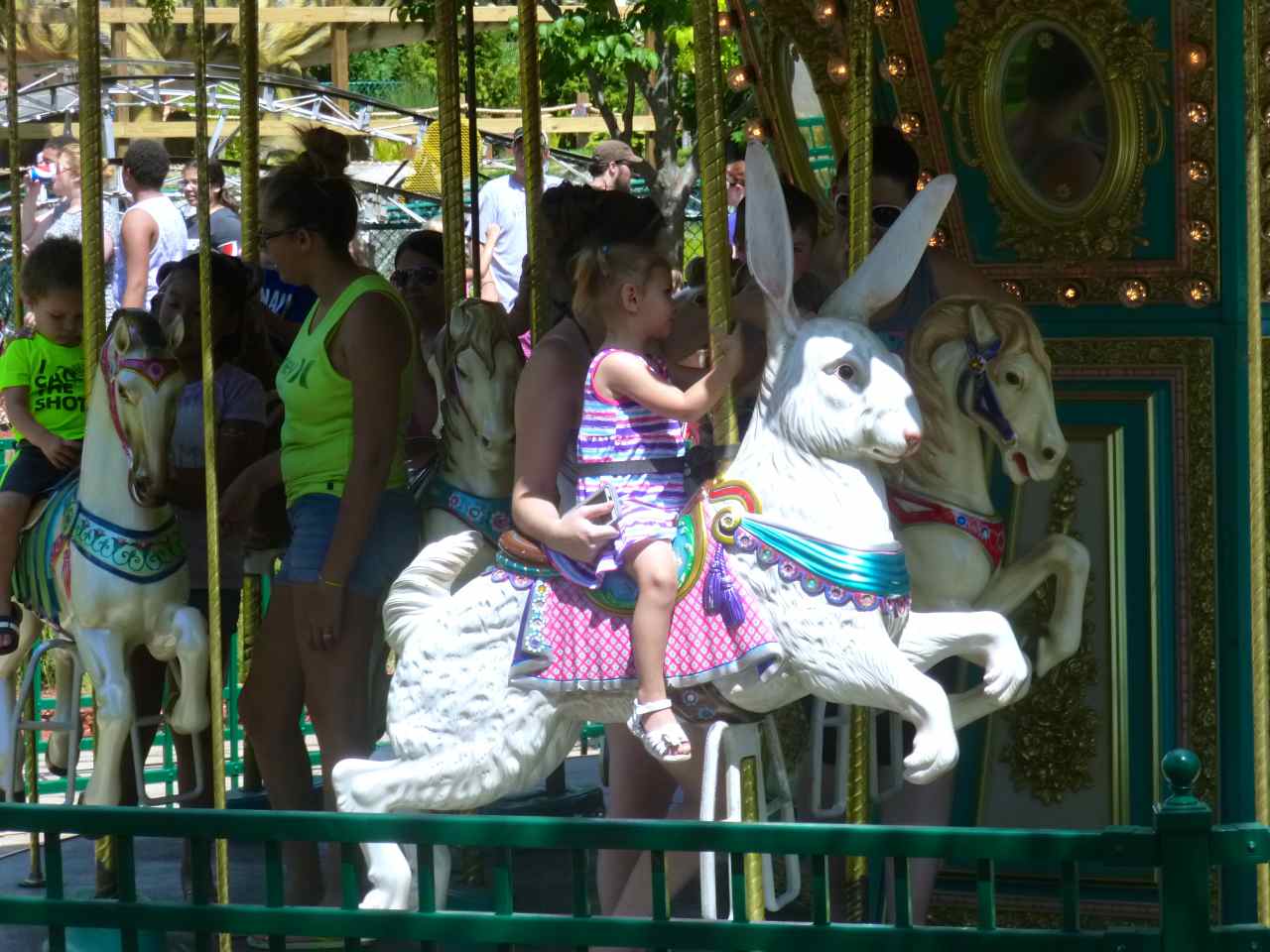 Bunny at the junior carousel. It was a busy at the park, but the bunny was occupied all the time. But it is a small ride and the day was quite busy. 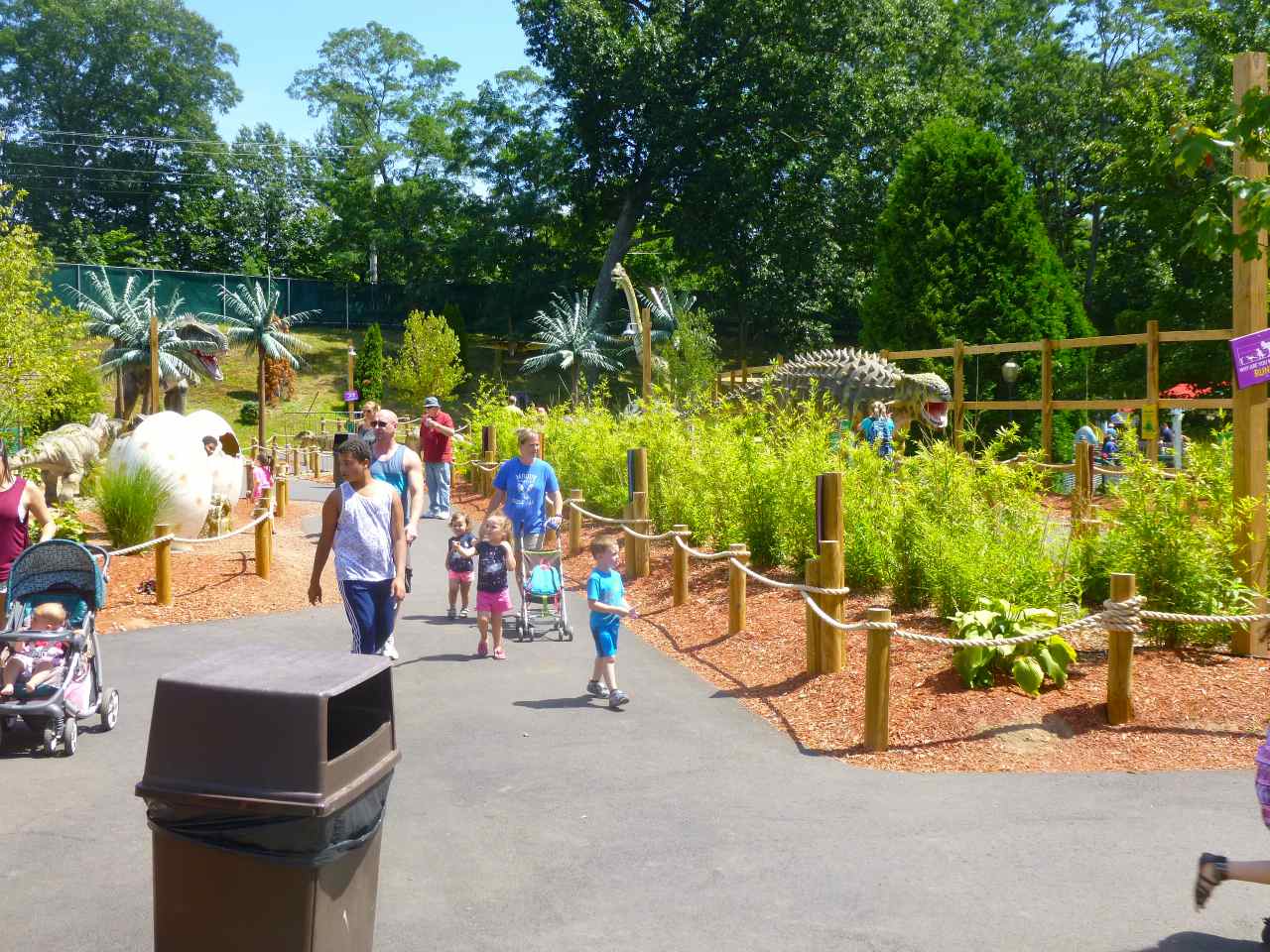 Dinosaur grounds located next to the Zoomerang shuttle coaster. And why have a dinosaur ground at the park? Well, why wouldn't you? It isn't far off the kiddieland section, though the park is narrow enough that it's hard for anything to be that far from anything else. 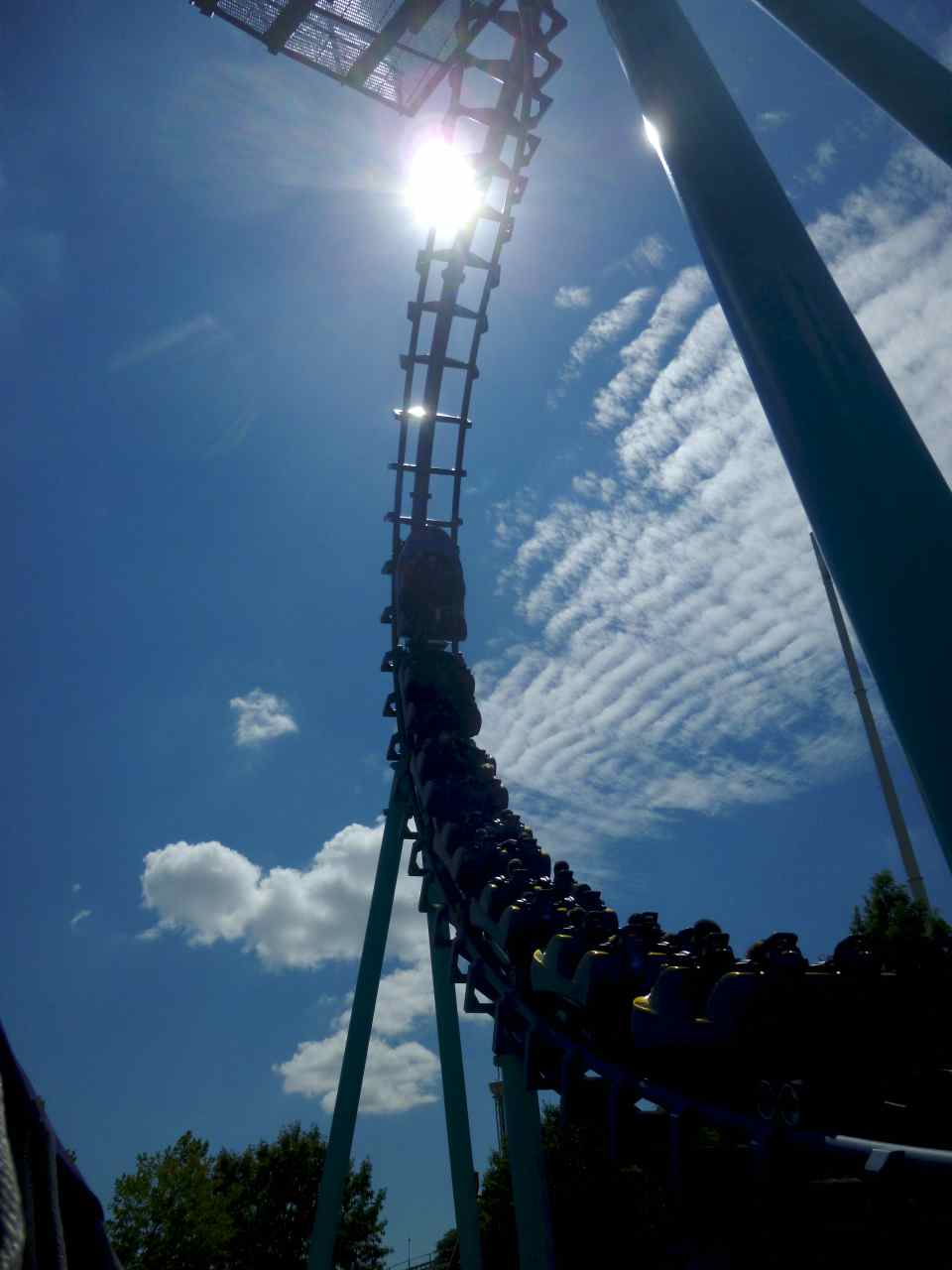 The Zoomerang shuttle coaster catches a bit of sun. It's the same model roller coaster as at Morey's Piers in Wildwood, and I would swear we've ridden this in a third spot but I can't think where. The important thing is the clouds are treating it very well. 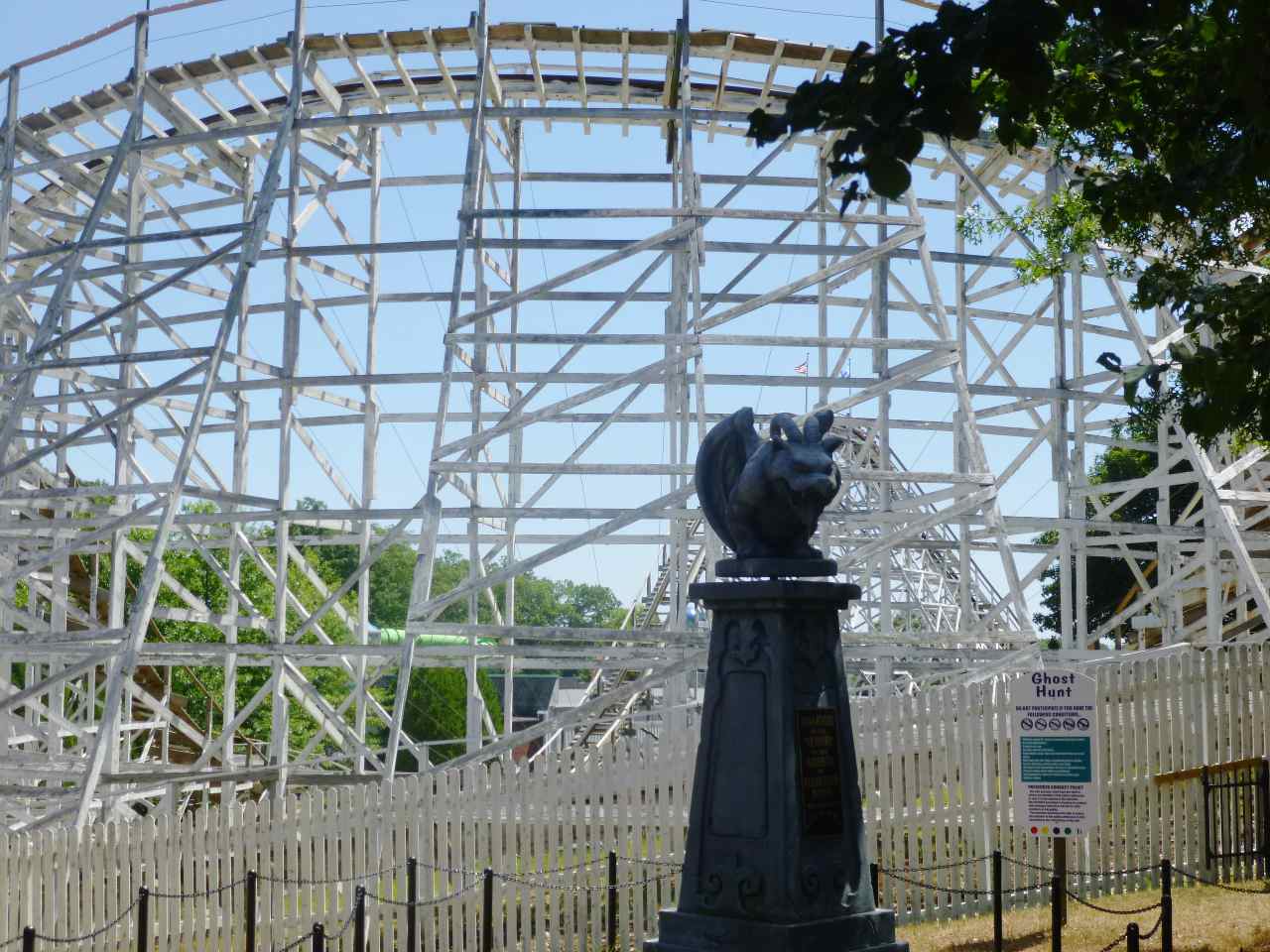 A gargoyle sitting outside the Ghost Hunt interactive dark ride. Behind it are the main hill and a turnaround for the Wildcat roller coaster. Lake Compounce has a quite hilly terrain, so there's many rides you can look down on and the older roller coaster is one of them. 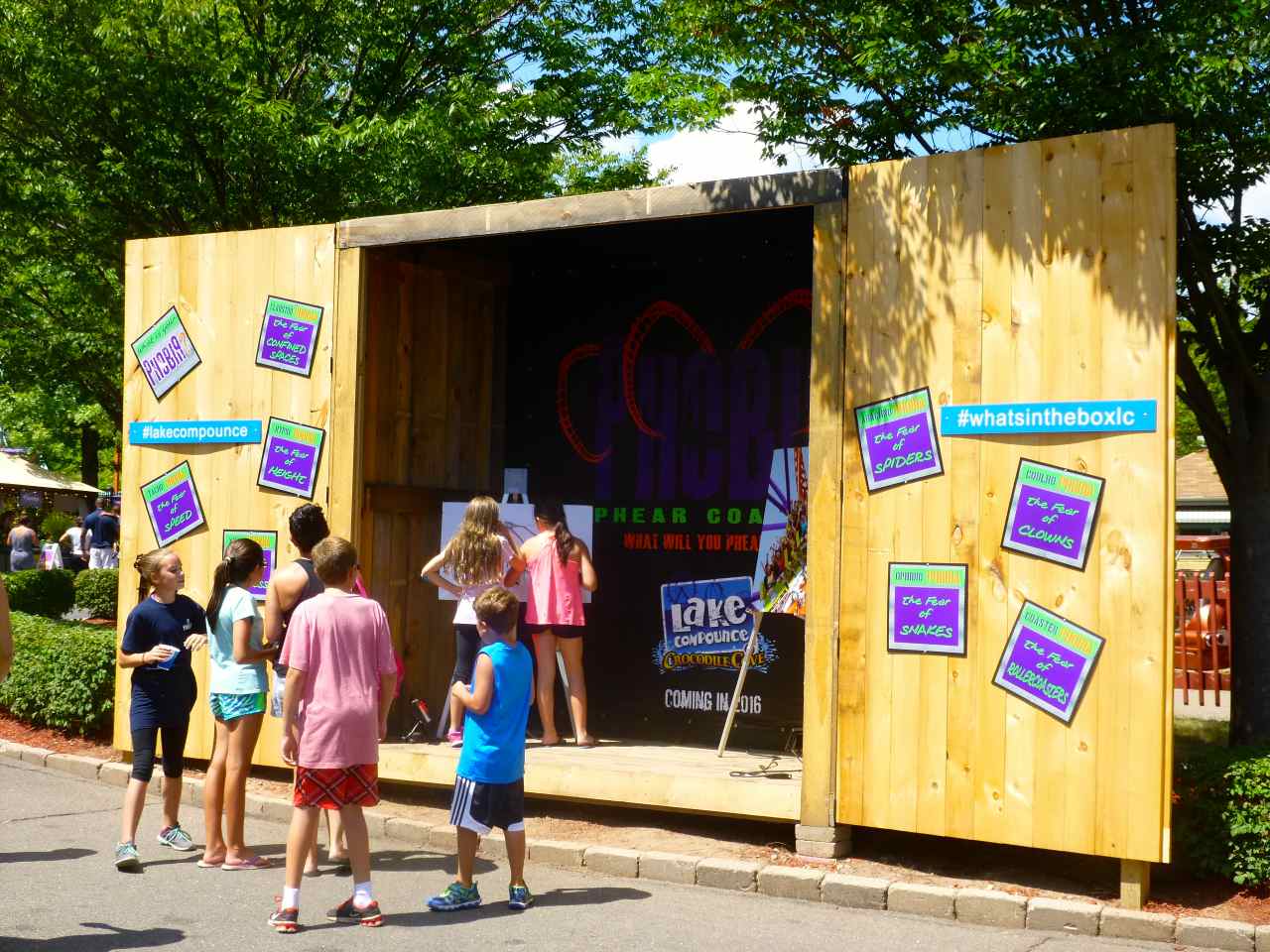 What's in the box? Publicity for the Phobia Phear Coaster. Fears listed on the box are those of 'speed', 'height', 'confined spaces', 'darkness', and 'rollercoasters', all of which sounds roller-coaster-related enough. They also list the fears of 'spiders', 'clowns', and 'snakes', which suggests the theming on this one is going to be out of control.

Trivia: According to a United States Strategic Bombing Survey study of how Japanese people felt on hearing of the surrender, four percent of the population felt ``worry about Emperor, shame for Emperor, sorrow for him''. Source: Embracing Defeat: Japan in the Wake of World War II, John W Dower.