I'll get back to pictures of Lake Compounce momentarily. I just want to give you my humor blog posts for the week. These were:

And you know about the way you can put this on your Friends page or else on your RSS feed, so let's get back to Connecticut: 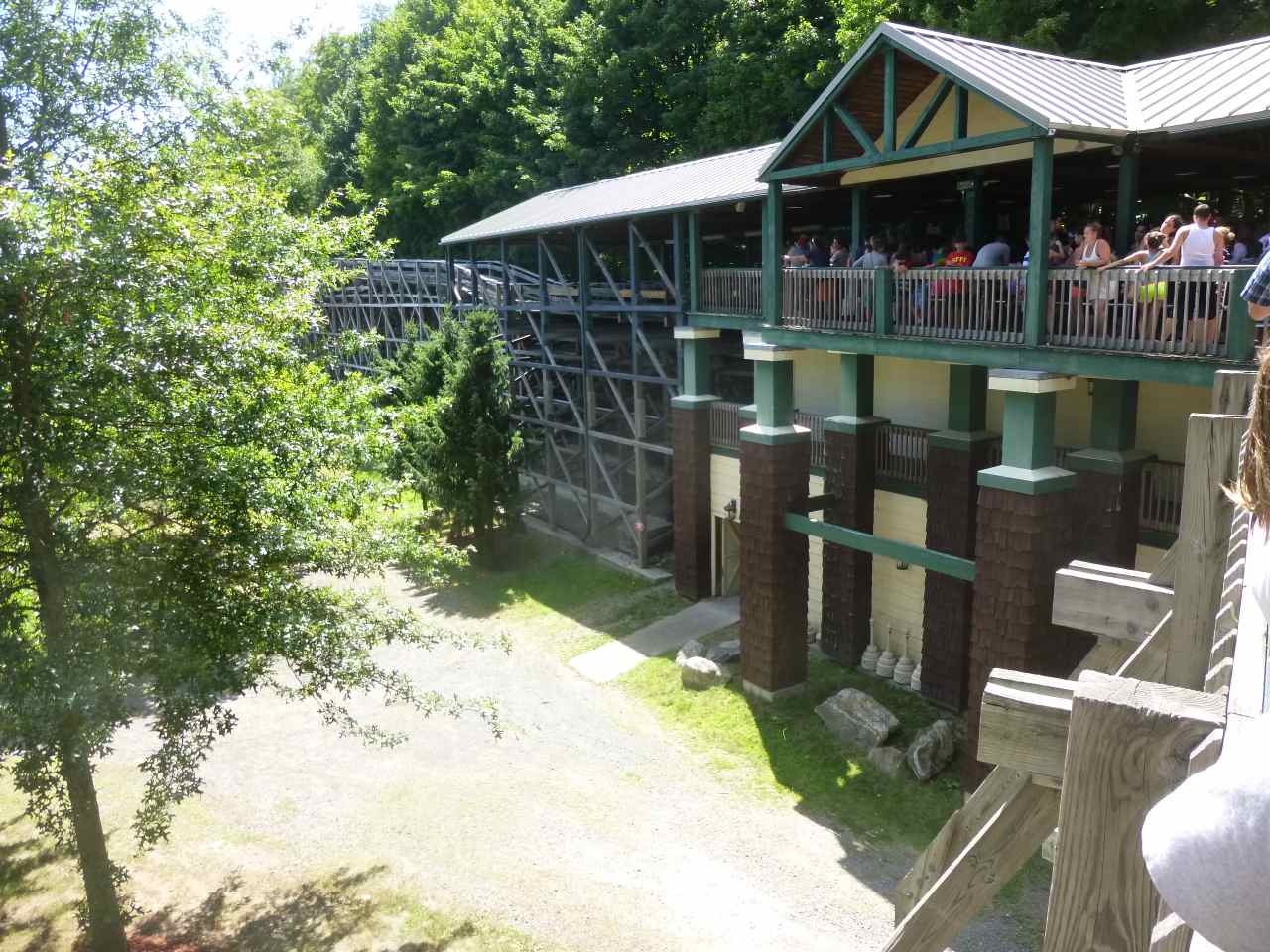 The queue for Boulder Dash, at Lake Compounce, as seen from the bridge leading to the launch station. The roller coaster's built into the hillside so it's got a great location in the park. 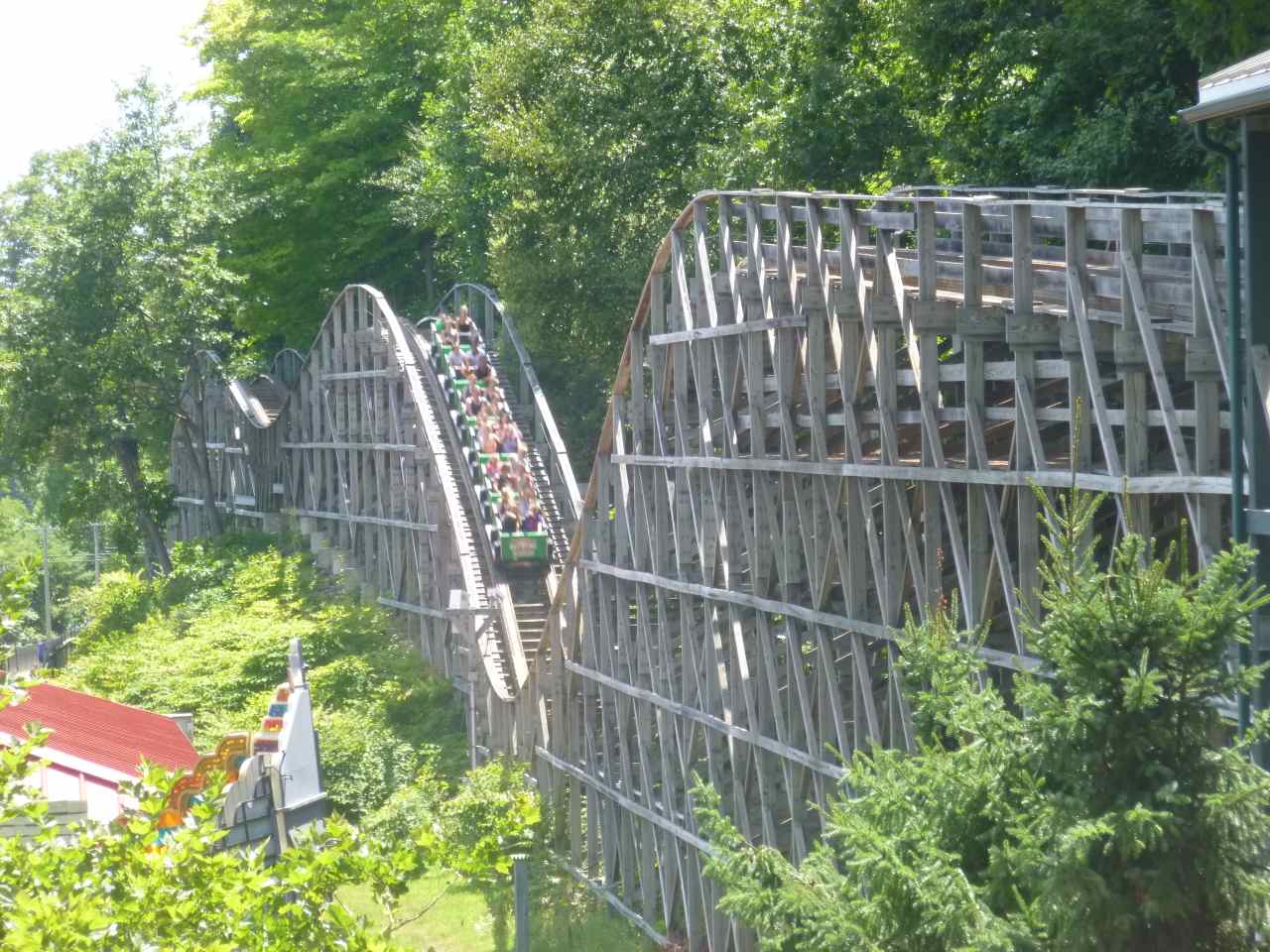 Boulder Dash returning to the station. The lengthly roller coaster mostly hugs the side of the hills, so that while it has pretty impressive drops it stays nice and close to the ground and the trees and such. Thus it feels even faster than it really is, and it's already fast. 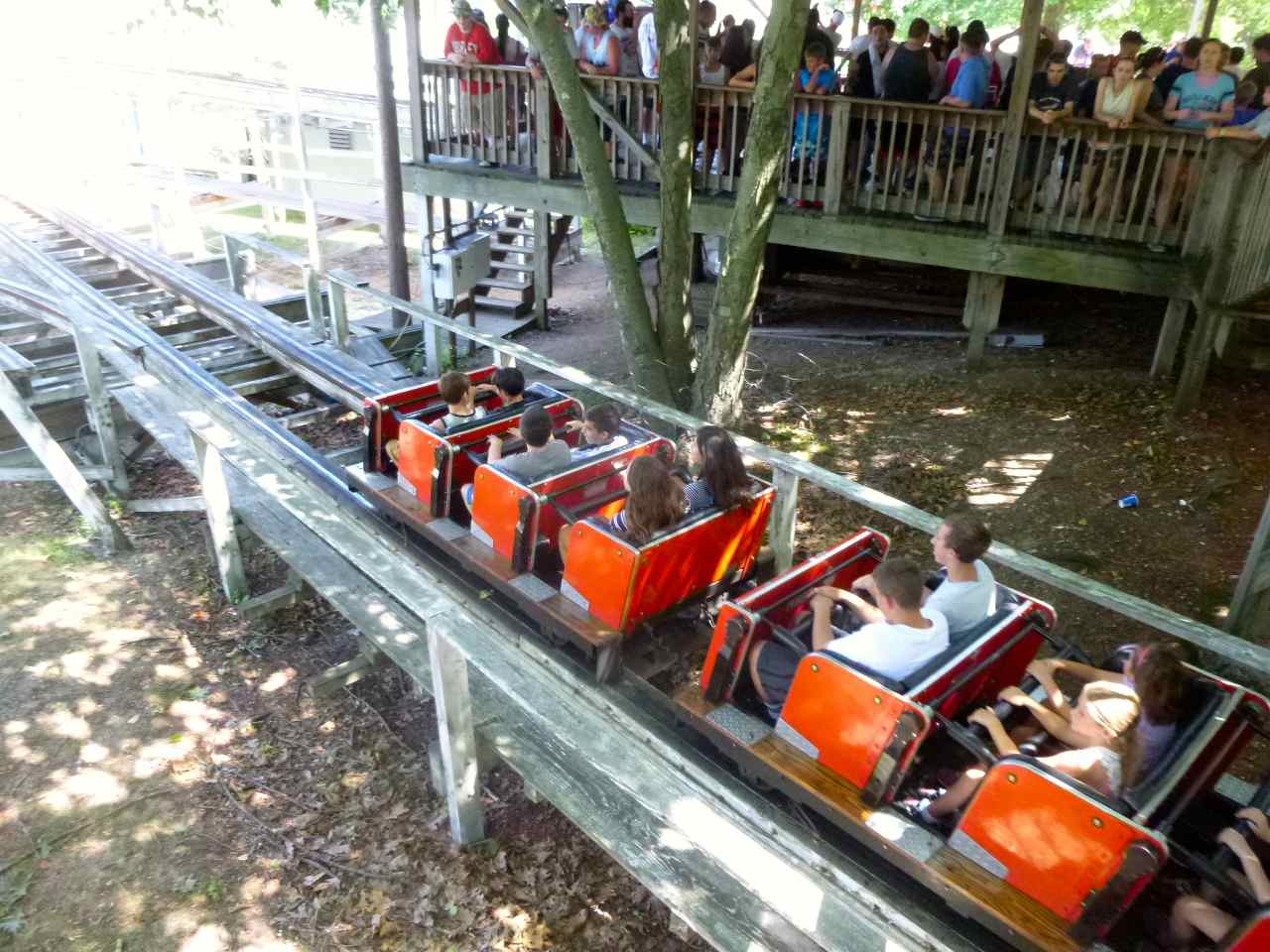 Wildcat, the older wooden roller coaster at Lake Compounce, shortly after leaving the station, in back. The photo's taken from a bridge and queue space that goes over the first section of track here. 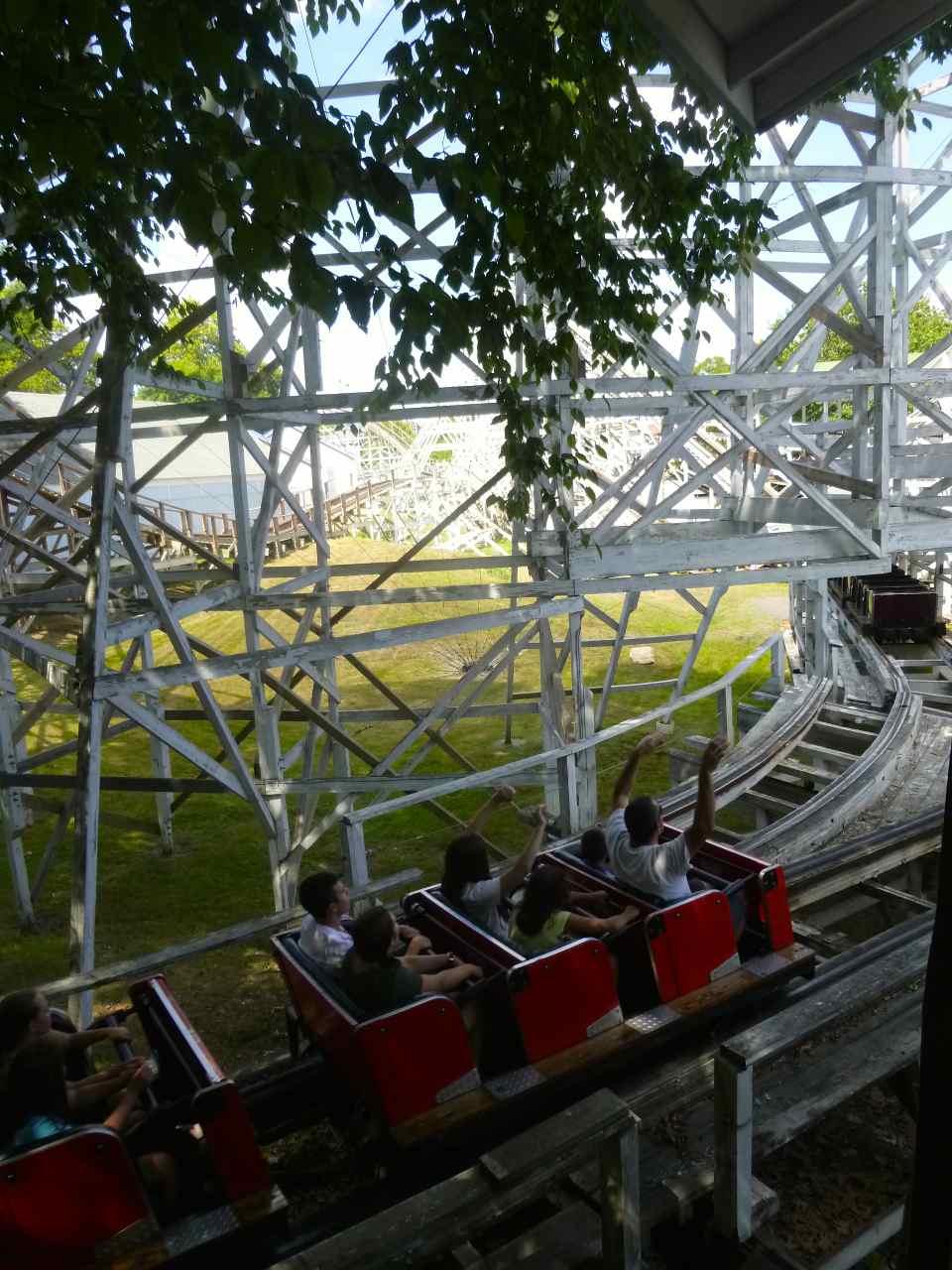 Wildcat car having just left the station. Much of the roller coaster is visible in the background. 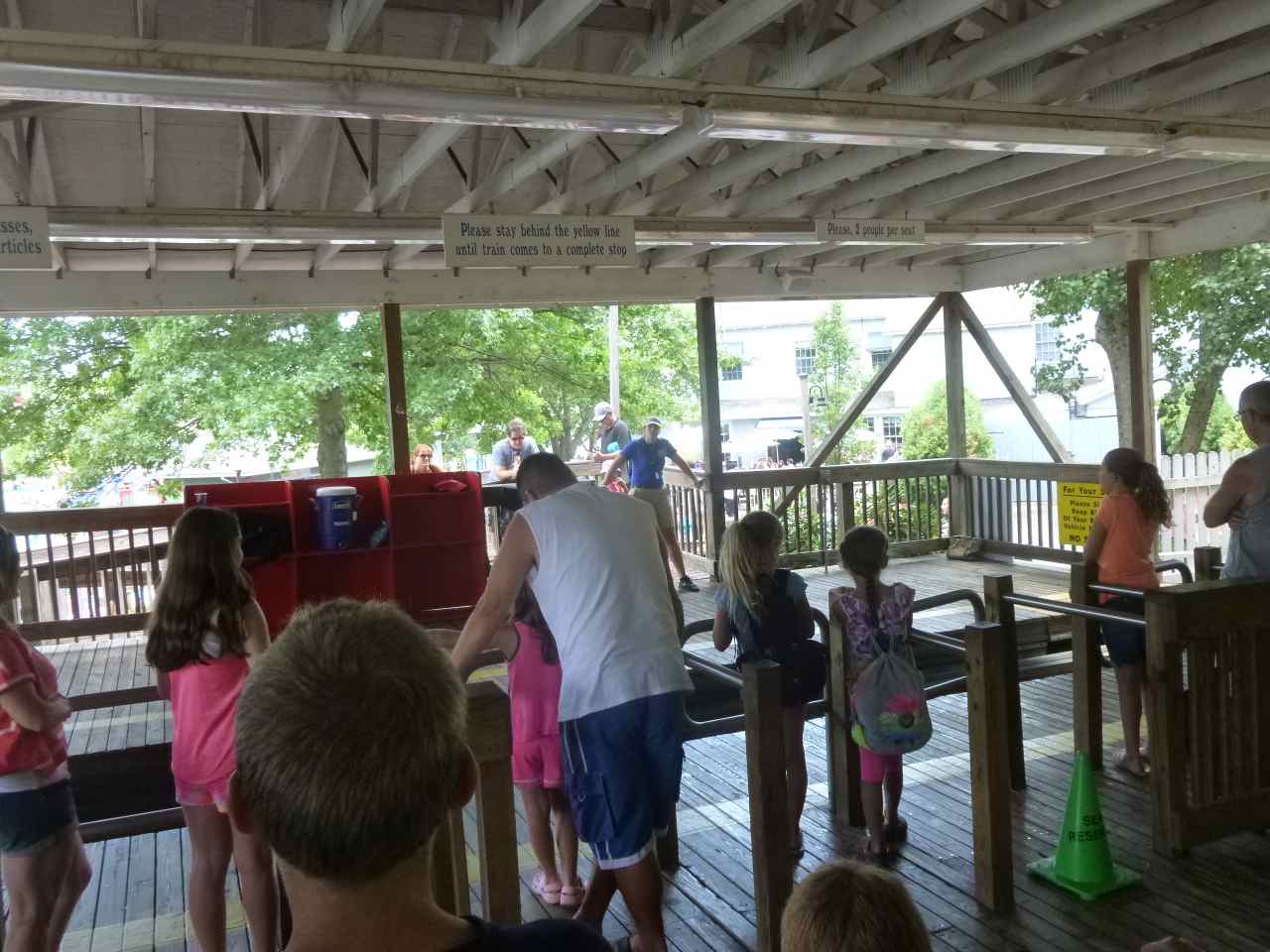 Wildcat launch station, including one of the little points of operational procedure that impressed us. Note the small green cone marking one of the gates as reserved. Probably it was for guests who needed to use alternate access. Multiple times over the day, though, we saw rides dropping reserved-seating cones.

Trivia: The last ten B-17 bombers on Luzon not destroyed or lost in the first weeks of the Pacific War were withdrawn on the 17th of December, sent to Australia. Source: A History of the Second World War, B H Liddell Hart.

PS: The Set Tour, Part 10: Lots of Spheres, next on this string, a domain that I used in my thesis, although that I didn't actually name explicitly back then.