It's my weekly reminder to put my humor blog on your Friends page, or to put it into your RSS reader, or to just list what's been there since last week. This time, it's: 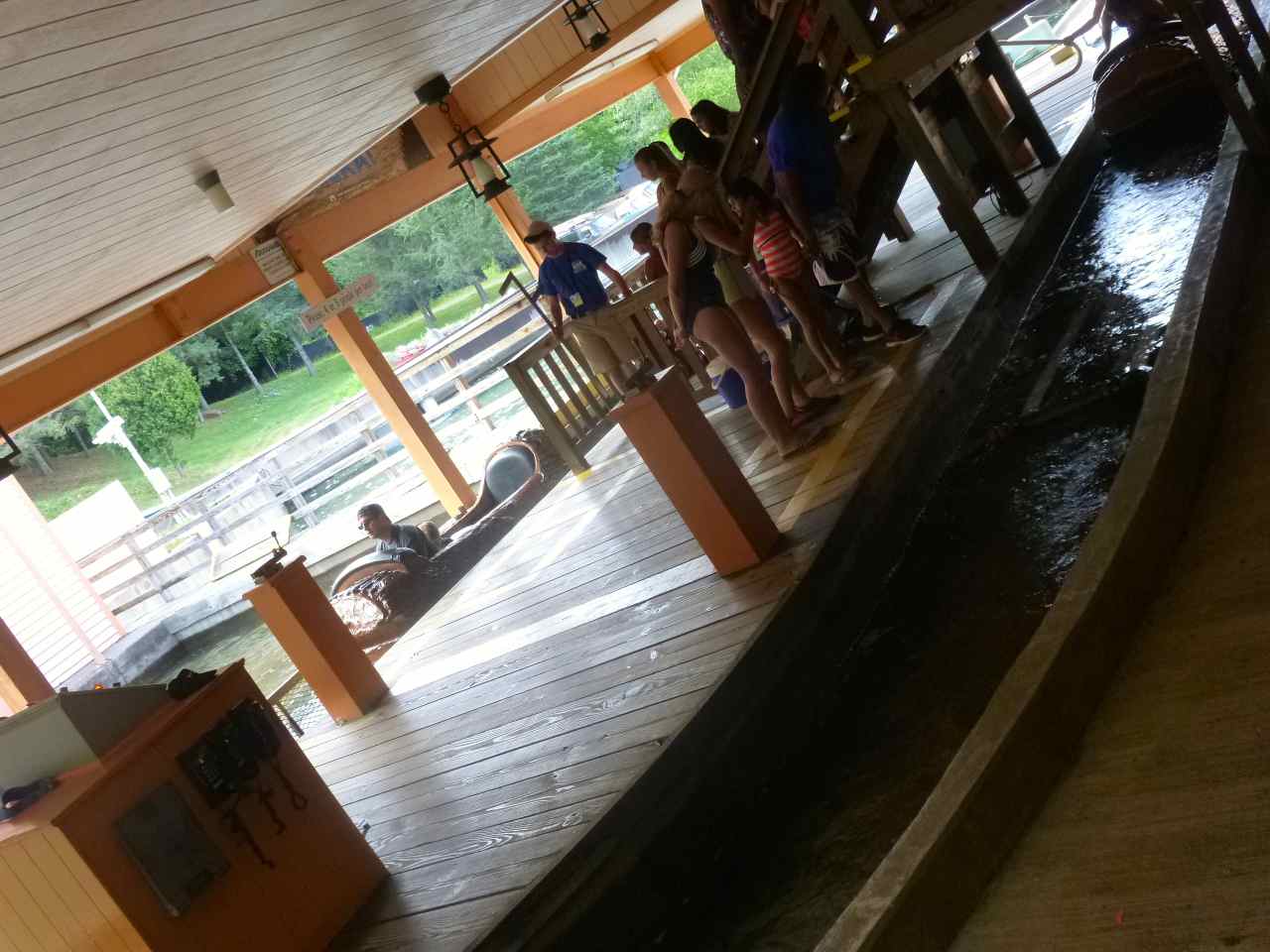 The station on Lake Compounce's Saw Mill Plunge log flume ride. It's a style of log flume ride that feels just classic to me. This even though it has a divided-island center instead of the huge rotating platform that I knew from Great Adventure. 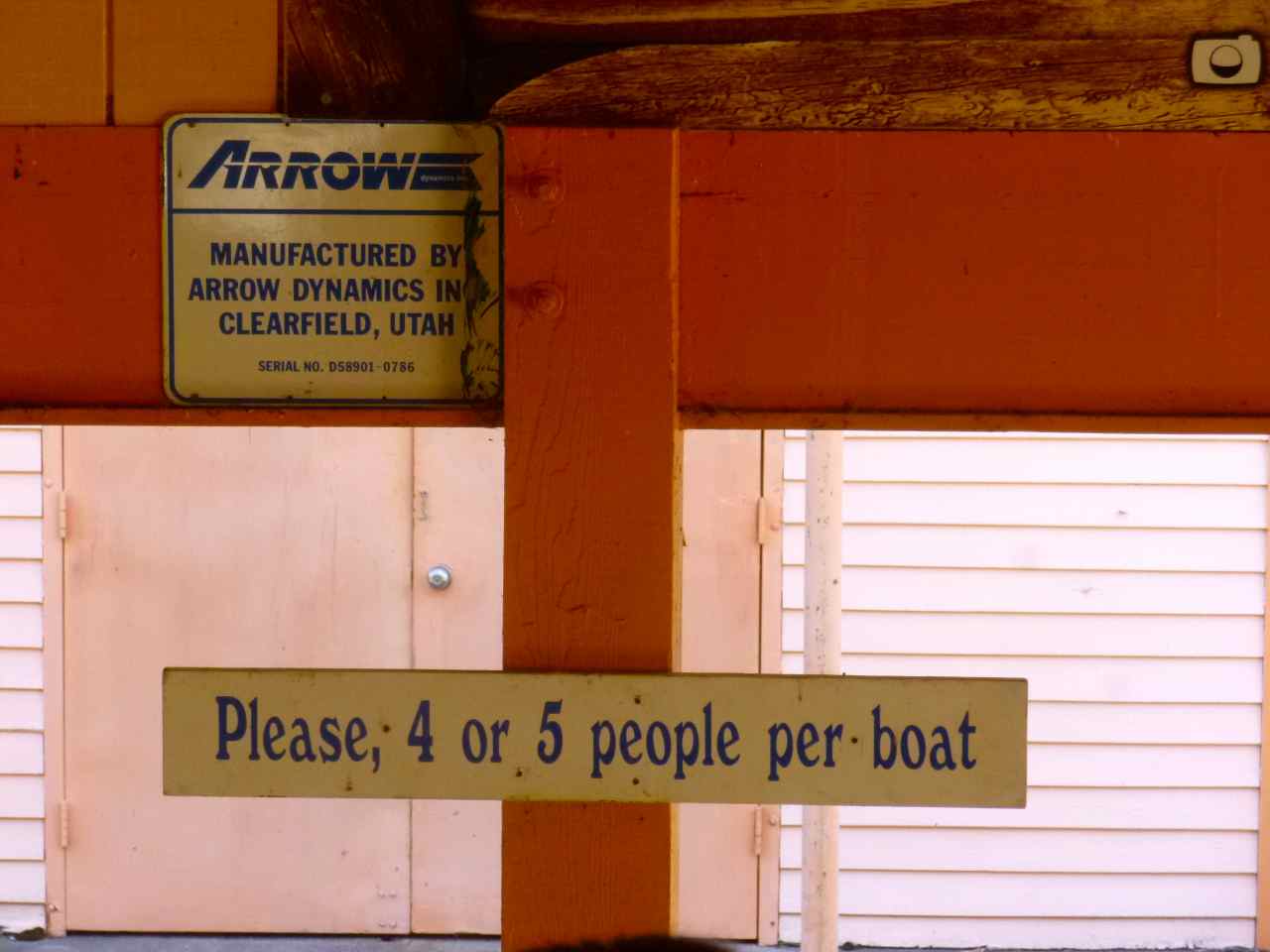 bunny_hugger pointed out that the sign probably says ``Manufactured by Arrow Dynamics Inc, Clearfield Utah''. Still, it left me wondering: how do they build a log flume track and make sure it holds together? And how do they ship it? Trucks, surely, and most of the parts are going to fit in standard trucks, I guess, but what about the parts that don't? That's got to thrill some kids stuck in the back seats of long boring car rides. 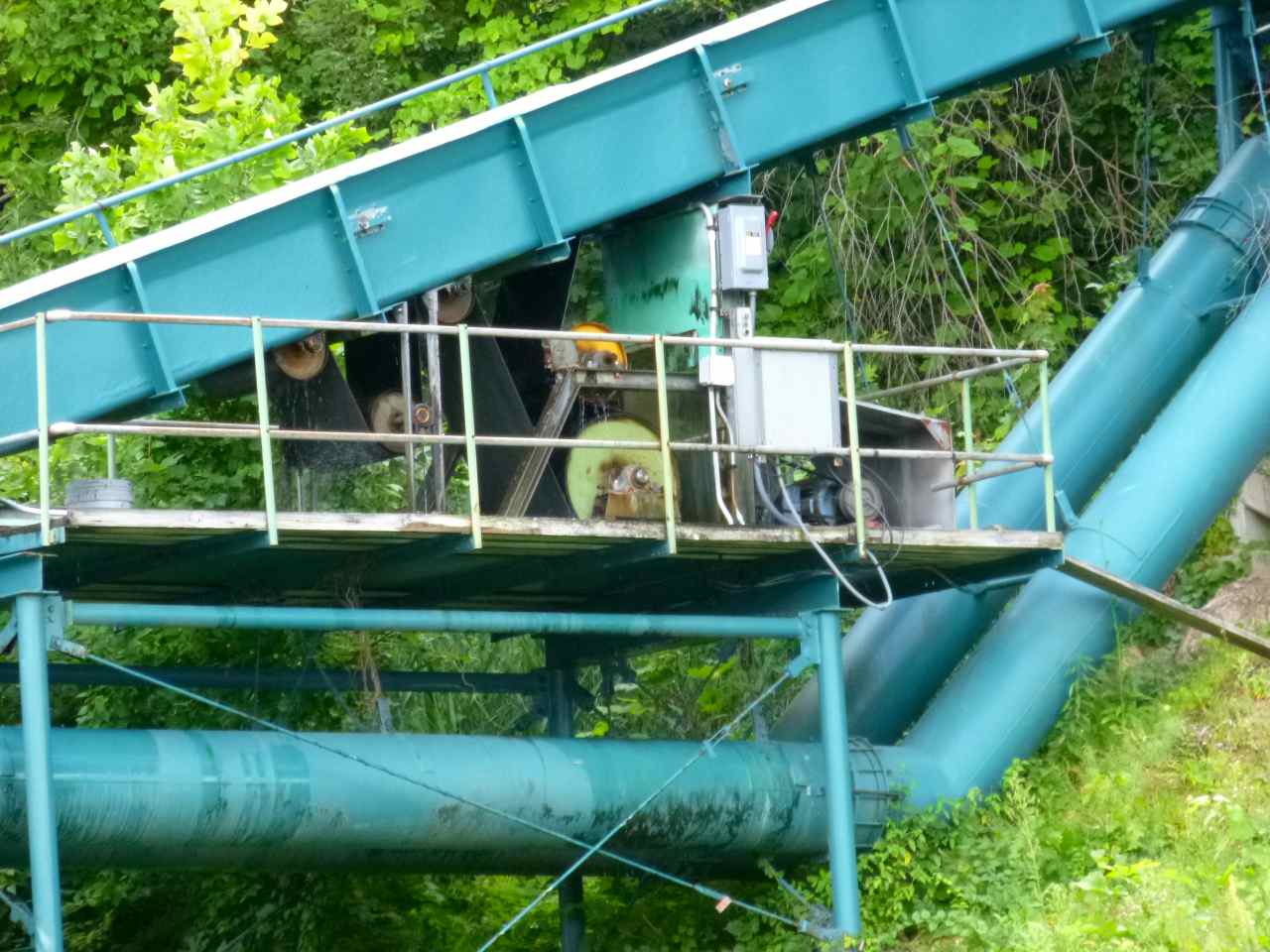 Detail of the lift hill at Lake Compounce's Saw Mill Plunge. I just like seeing the conveyor belt hard at work. You can also make out the water falling from the base of the lift hill. 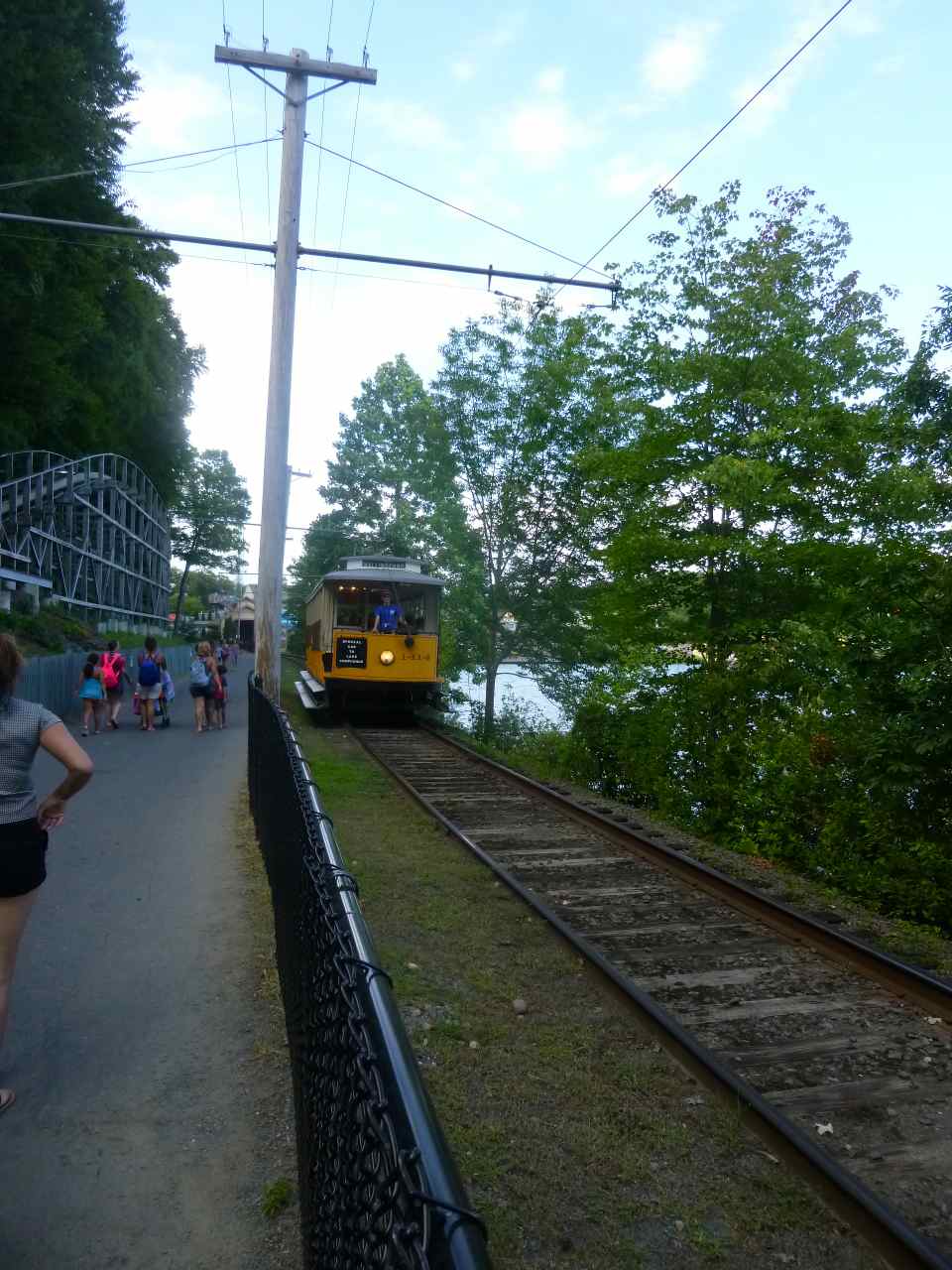 The trolley! Lake Compounce began as a trolley park, and they have a car. They stop just short of saying this trolley ever ran to the park in its day. But the ride goes back and forth along the lakeside, giving a taste of what it might've been like getting there. The Boulder Dash roller coaster is on the left. It's a looooong roller coaster. 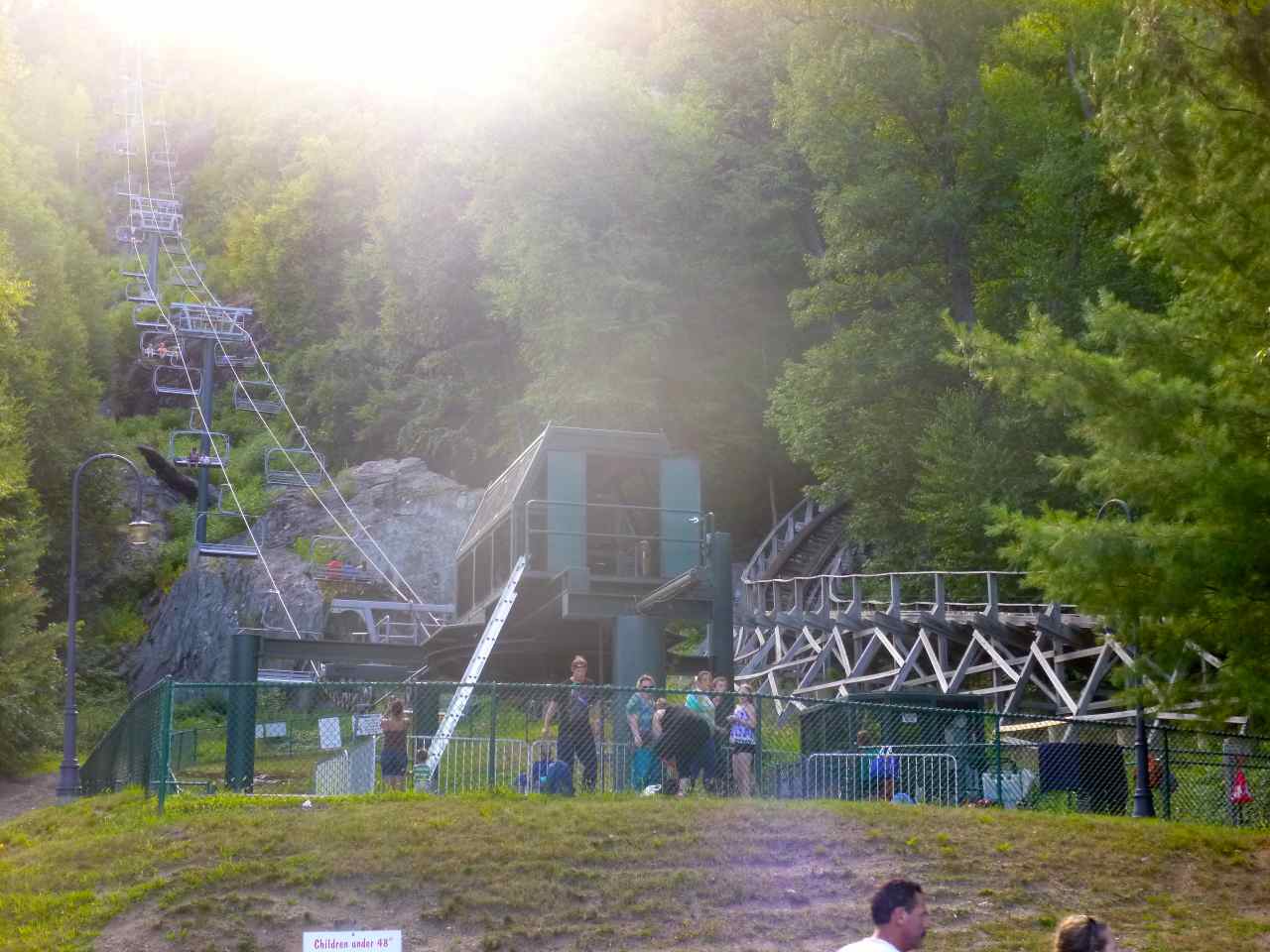 On the right, Boulder Dash completes, finally, its turnaround. And the left is a ski lift that goes off to goodness knows where at Lake Compounce. This is at the end of the lake-hugging salient to which the trolley runs. 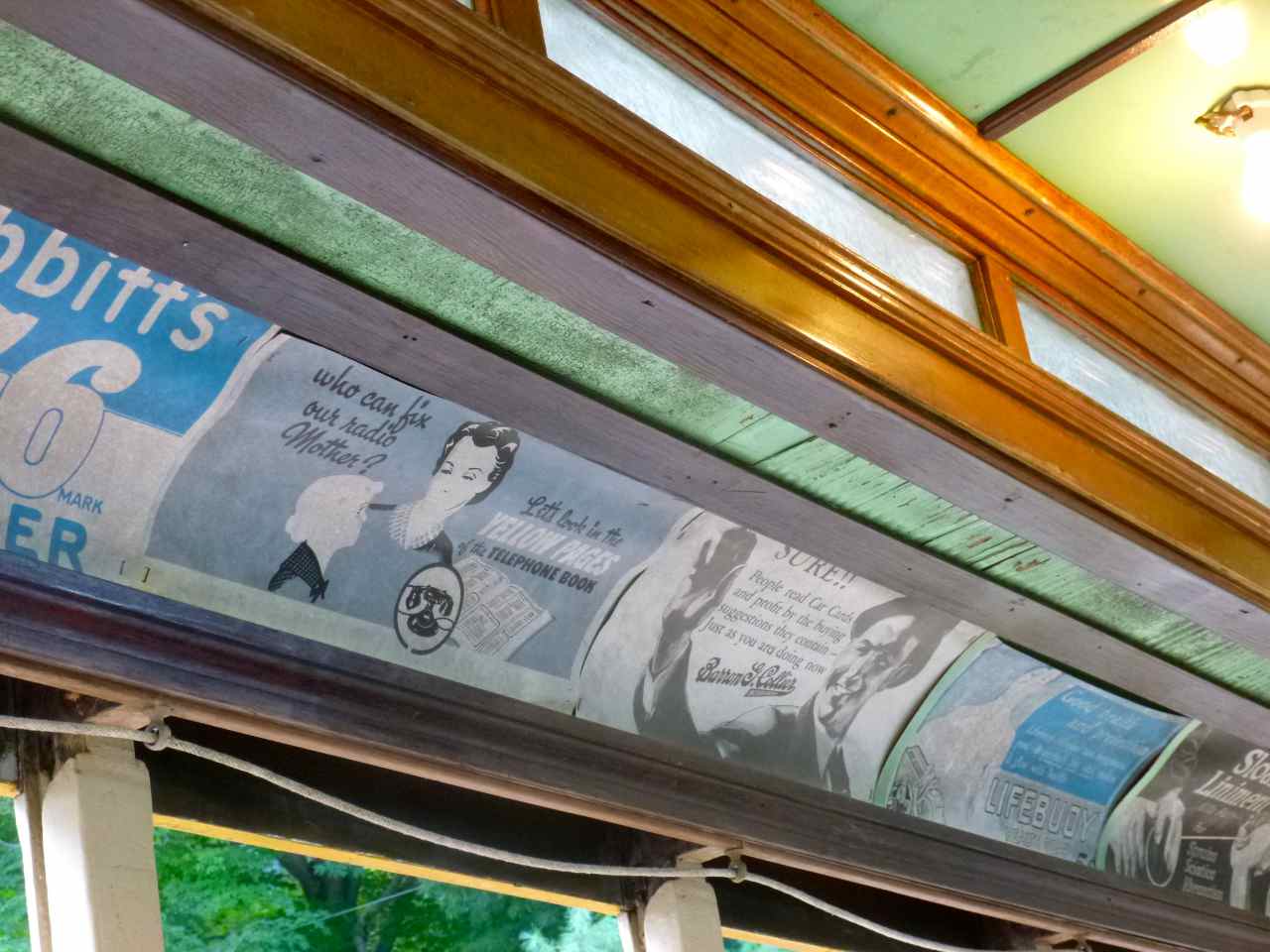 Vintage advertisements put in the Lake Compounce trolley. The trolley is on loan from a Connecticut railroad/trolley museum, but it's great to have something running just like you'd see going to the Land of Make-Believe.

Trivia: Poland organized a Ministry of the Recovered Territories in November 1945 to organize the removal of Germans and the settlement of Poles in territory taken from Germany. Its head, Władysław Gomułka, had been advised by Stalin to ``create such conditions for the Germans that they want to escape themselves''. Source: Germany 1945: From War To Peace, Richard Bessel.

PS: Where Are The Unfair Coins?, as I learn something that challenges my mathematics-instruction assumptions.