Now for the stats-heavy review of the past week in my mathematics blog:

And now back to Conneaut Lake Park, and pictures around the Kiddieland area within it. 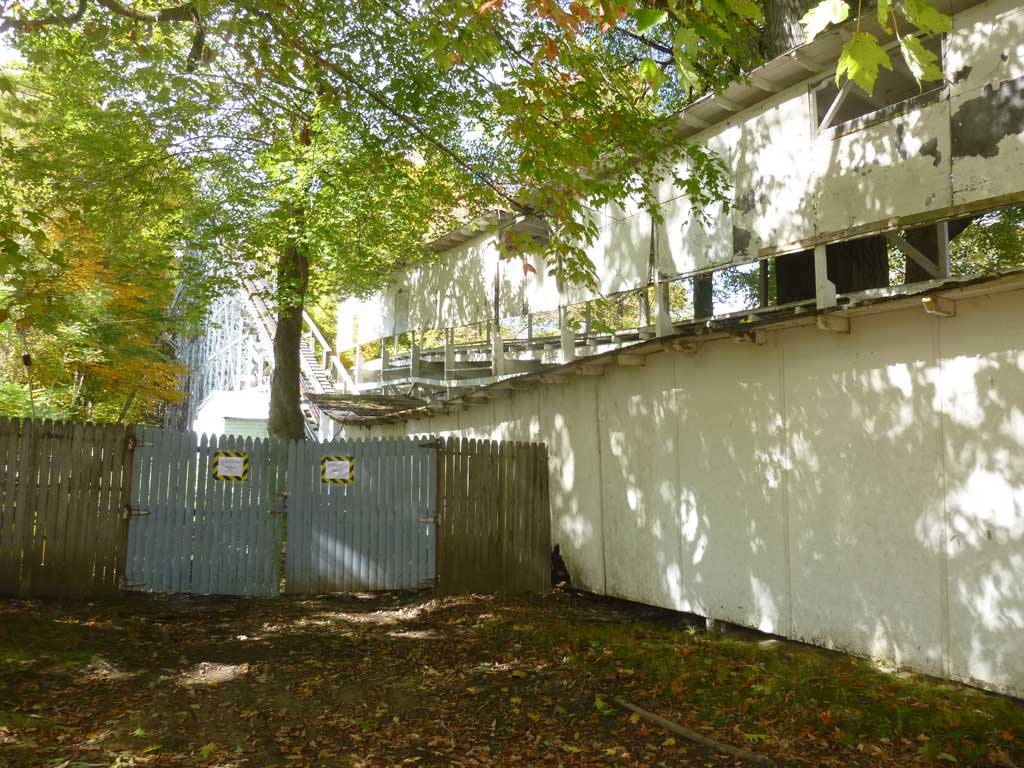 The back side of the Blue Streak at Conneaut Lake Park. This is at the end of a tunnel which starts the ride, and which is recovering from its very-dilapidated condition. I was standing in the Kiddieland area, which has a couple of rides I now know date from the early-50s Allan Herschel company Kiddielands package. 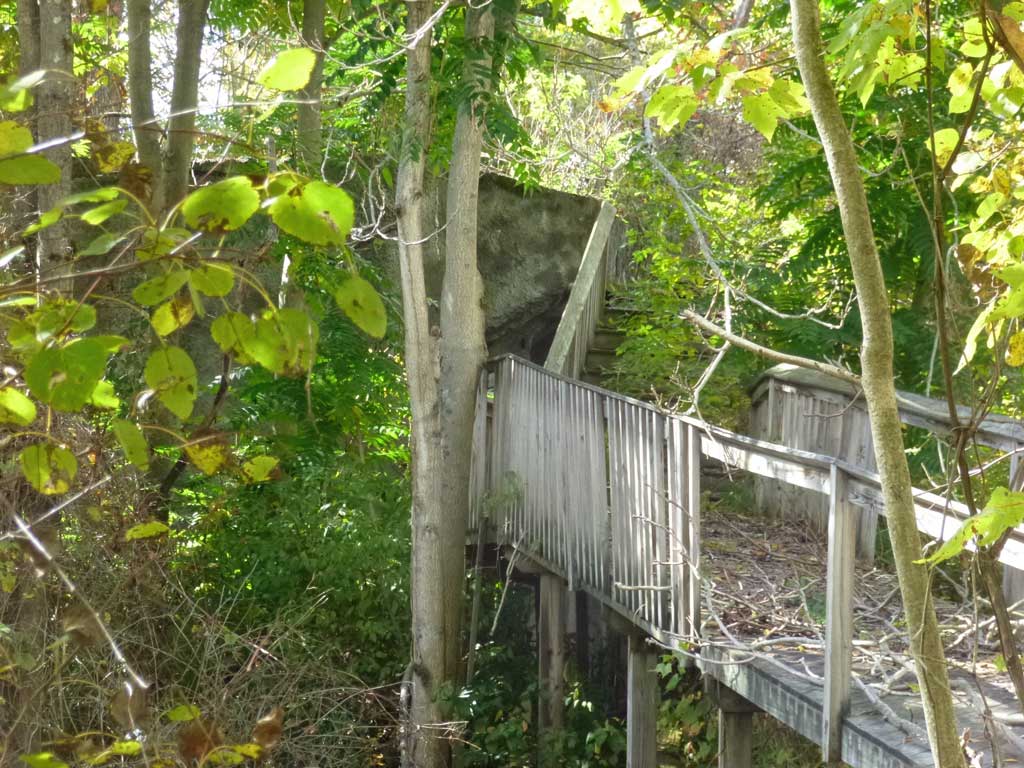 Mysterious abandoned path! There's an island that used to be part of Conneaut Lake Park's attractions and that they haven't been able to afford to keep up or run for decades. The paths to it are blocked off reasonably securely. Some parts of it are still visible despite the age and turmoil that's wracked the park. Yes, this is one of the parts of the park that looks most like a horror movie waiting to break out. 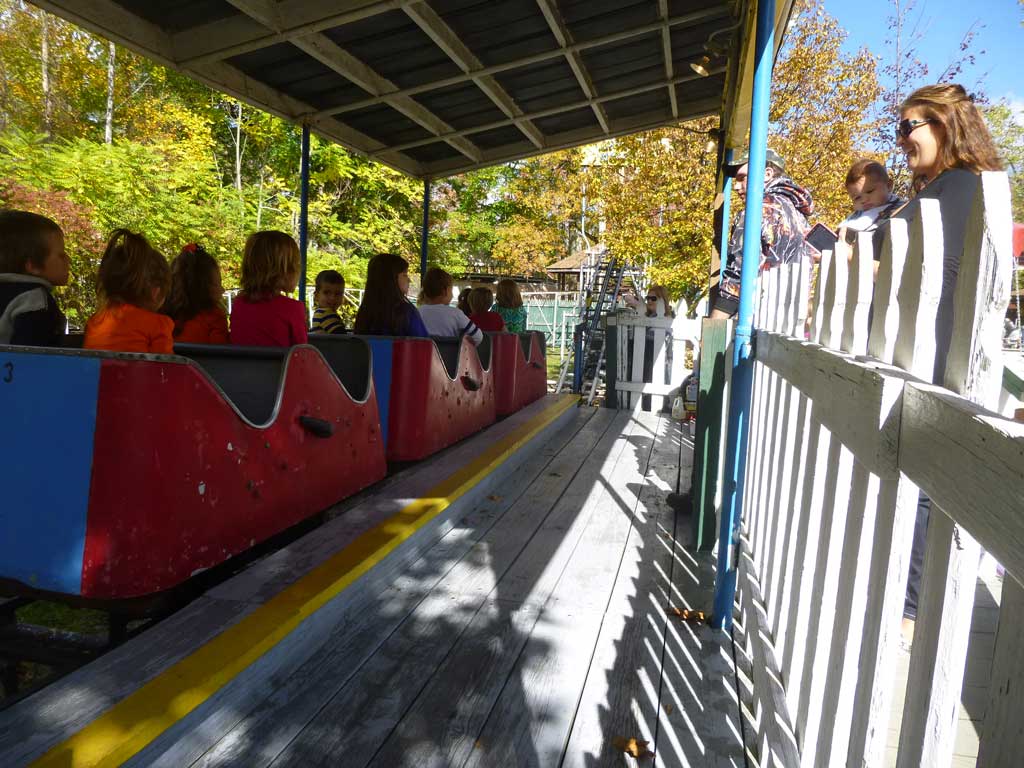 Ride station for the Little Dipper at Conneaut Lake Park's Kiddieland. This is, if I'm not missing something on the Roller Coaster Database, the oldest steel roller coaster still operating. It dates to 1951. We couldn't ride this --- no adults allowed --- but we have ridden its twin at Quassy in Connecticut. Quassy's is a bit of a knee-banger, for people our size. We have to imagine it's evenmore of a rough ride here. 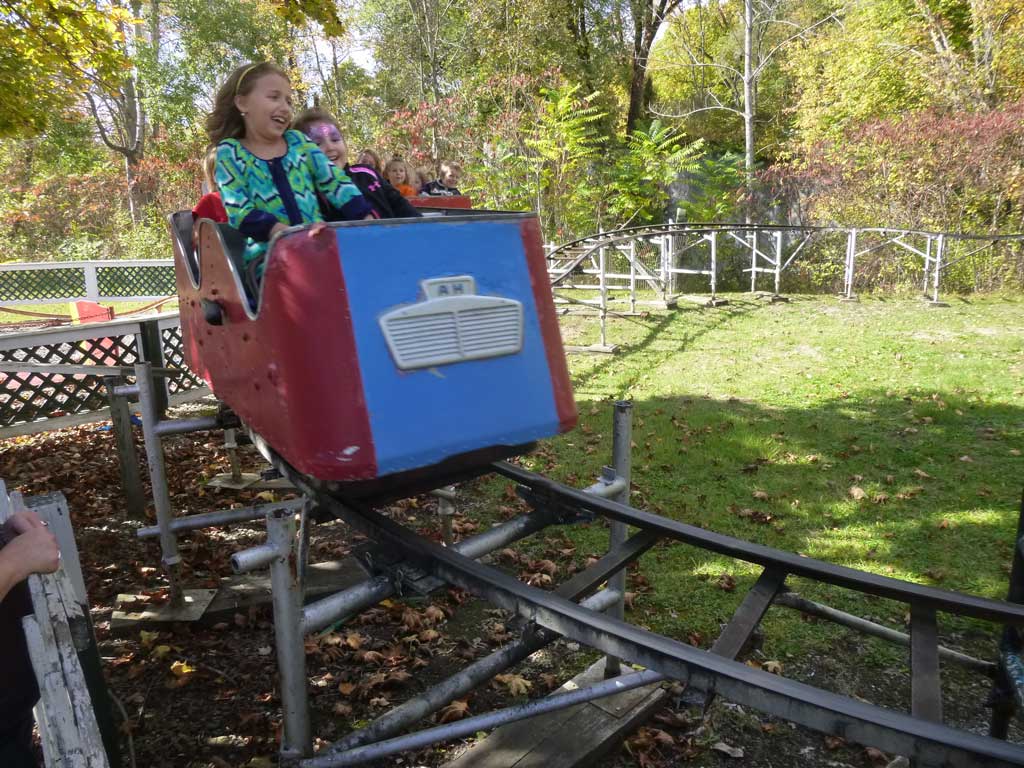 The return leg of the Little Dipper ride at Conneaut Lake Park. Note the Alan Herschell logo on the front. This was the fullest I'd seen the ride, but it was after all an extremely busy day and a quite pleasant, sunny one. 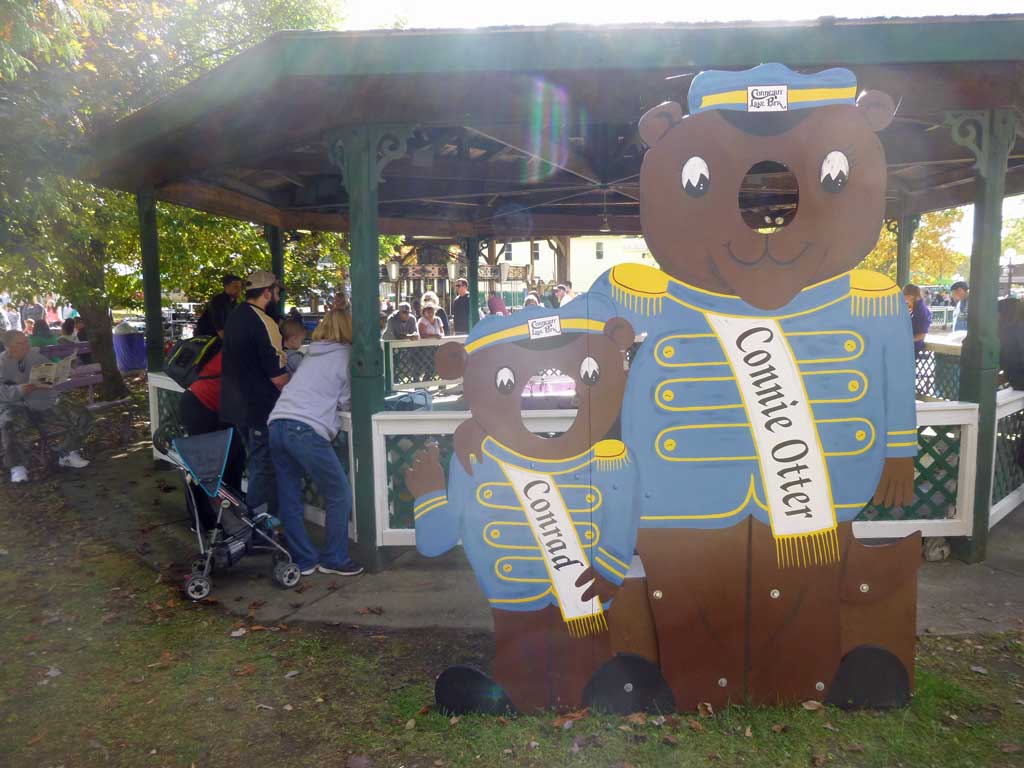 Comic foreground figures of Connie and Conrad Otter in the Conneaut Lake Park Kiddieland. The signs were, when we visited in 2013, our first hint about how to pronounce the name of the place --- Connie Otter, see? --- although we had to have that explained to us. I'm not positive they fully thought out the faces here, but it's too wonderfully homemade to be sour about. The park is a lot like this. If you aren't charmed, you might be unable to appreciate Conneaut Lake Park, and I'm sorry for that.

Trivia: After the ceremony laying the cornerstone for the White House (on the 13th of October, 1792) the committee retired to Suter's Fountain Inn, in Georgetown, where a reported sixteen toasts were raised. (One for each state and one for the President.) Source: Washington Burning: How a Frenchman's Vision for Our Nation's Capital Survived Congress, the Founding Fathers, and the Invading British Army, Les Standiford.