And what's happening in my humor blog recently? Recent posts:

What was happening in Conneaut Lake Park in October? Recent pictures: 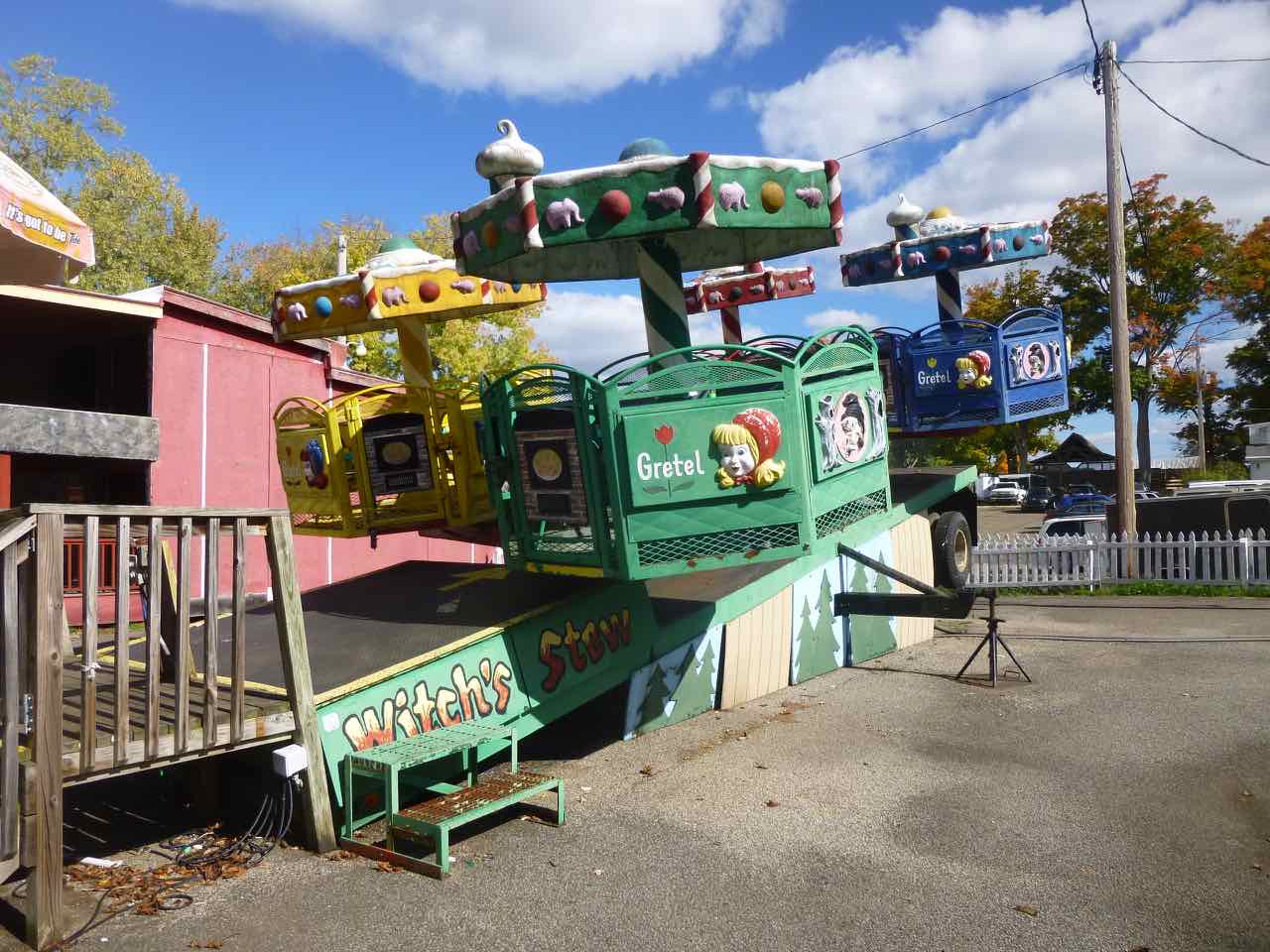 The Witch's Stew, one of the rarer rides at Conneaut Lake Park. (The only other one we've found is at the Coney Island park in Cincinnati.) The cars spin on their axes, and pairs of cars --- the green and the yellow, I believe, as well as the blue and the red --- spin around their center. And then the whole thing spins around the center of that. It's a fine ride, although in defiance of what you might expect, Coney Island's feels more bizarrely out of control. 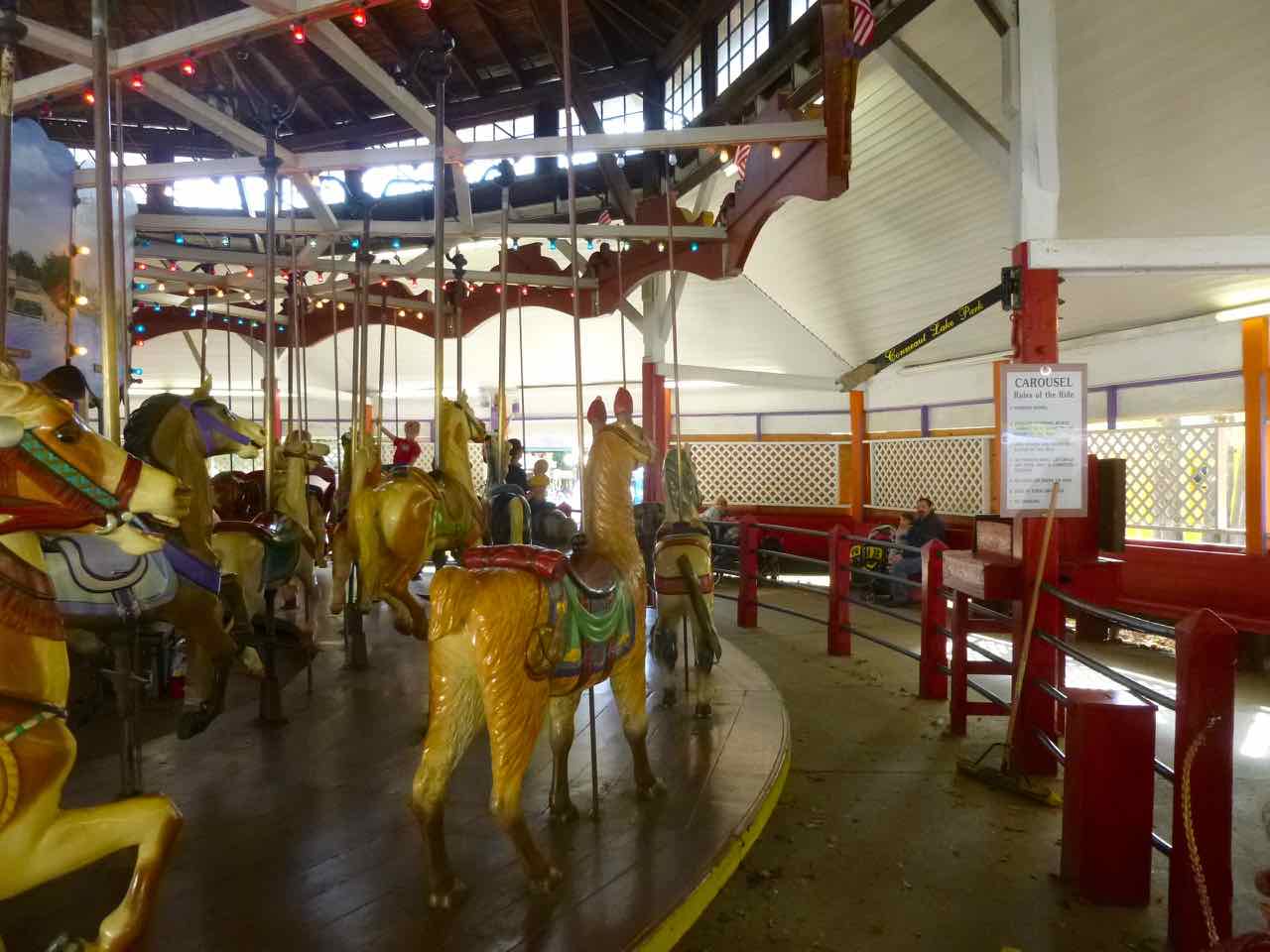 Conneaut Lake Park's carousel. The ride is an antique, although all but five of the inner mounts have been sold off and replaced with modern Carousel Works-crafted replicas. To the right of the picture is the brass ring dispenser. We've never seen that in operation, although some lists of brass ring carousel rides still list Conneaut Lake Park. (Those lists tend to be terribly out of date, I hate to say.) 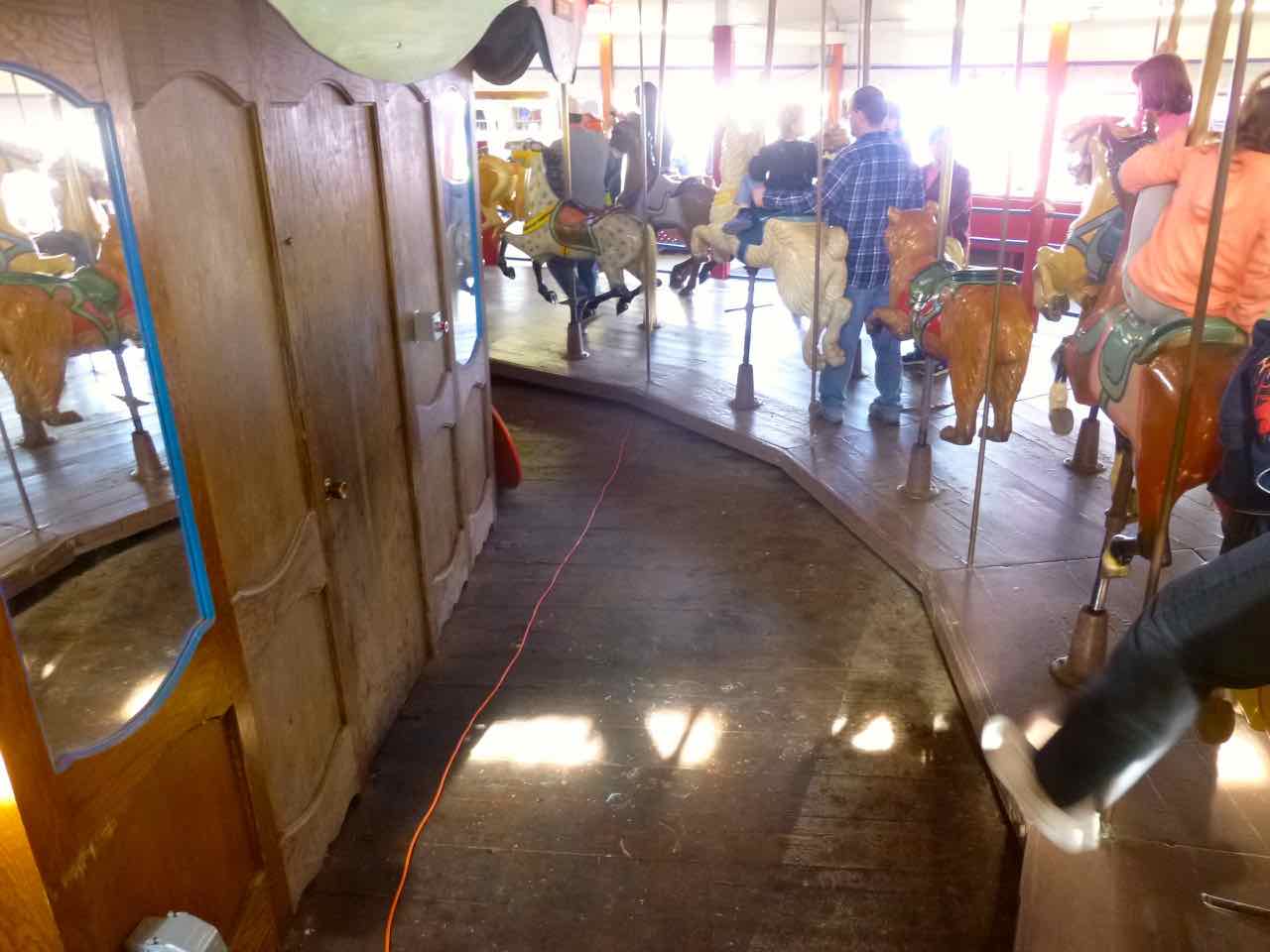 A shocking absence at the Conneaut Lake Park carousel. The empty space on the inside of the ring ought to have Artie, the band organ. You can see in the difference in wood fade and dust about where it ought to be. We assume the band organ had to be taken in, somewhere, for heavy repairs. It's a mid-20s band organ and those things are always temperamental, and the park has to hold together a lot of what it does with hope and good thoughts. 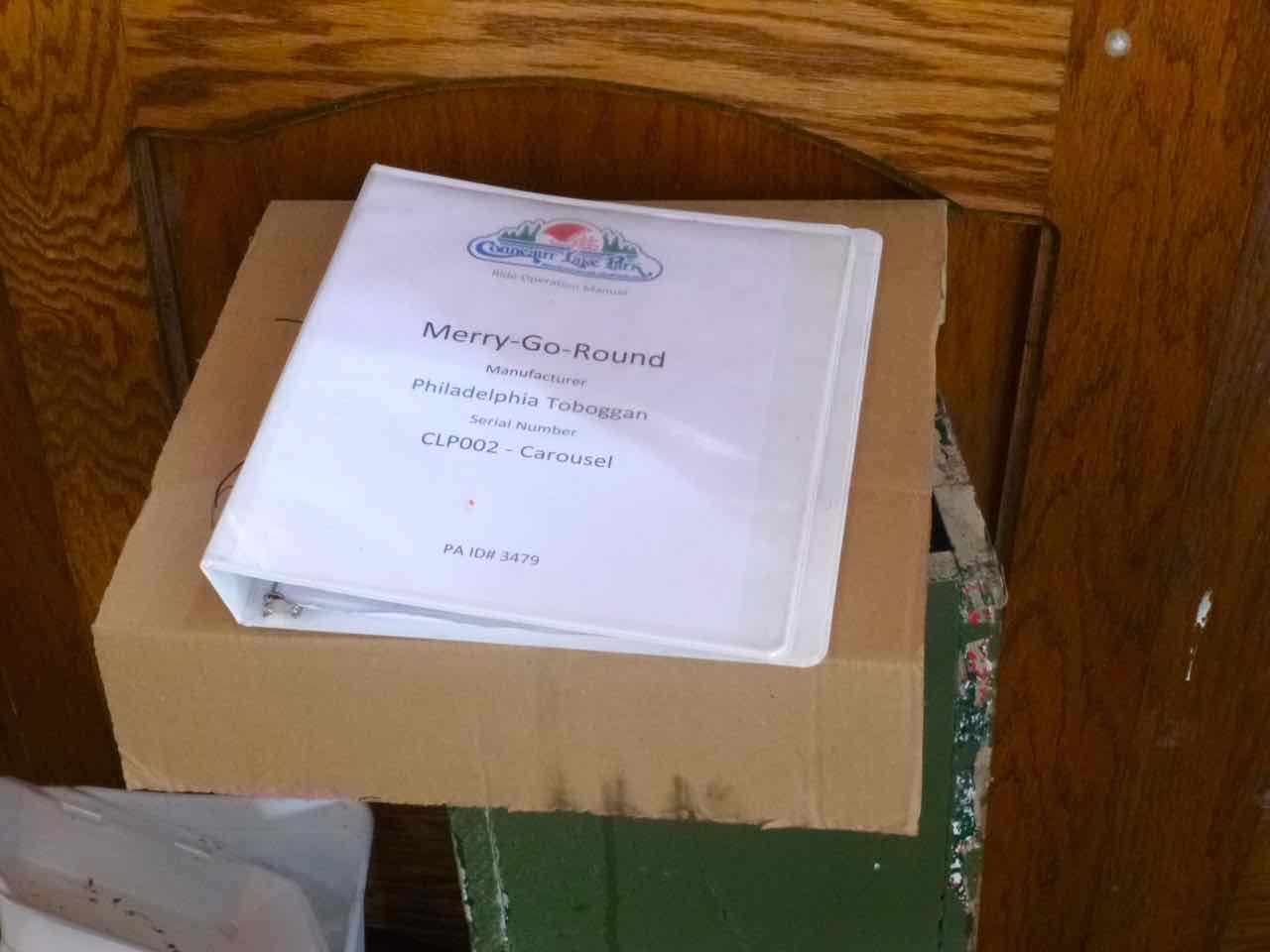 Professionalism! Strong evidence that Conneaut Lake Park has got standard operating procedures and a guide to what workers are supposed to be doing and serial numbers and all that. According to the National Carousel Association the ride is by Muller, not the Philadelphia Toboggan Company. (Philadelphia Toboggan did carve a lot of great carousels, just not this one.) 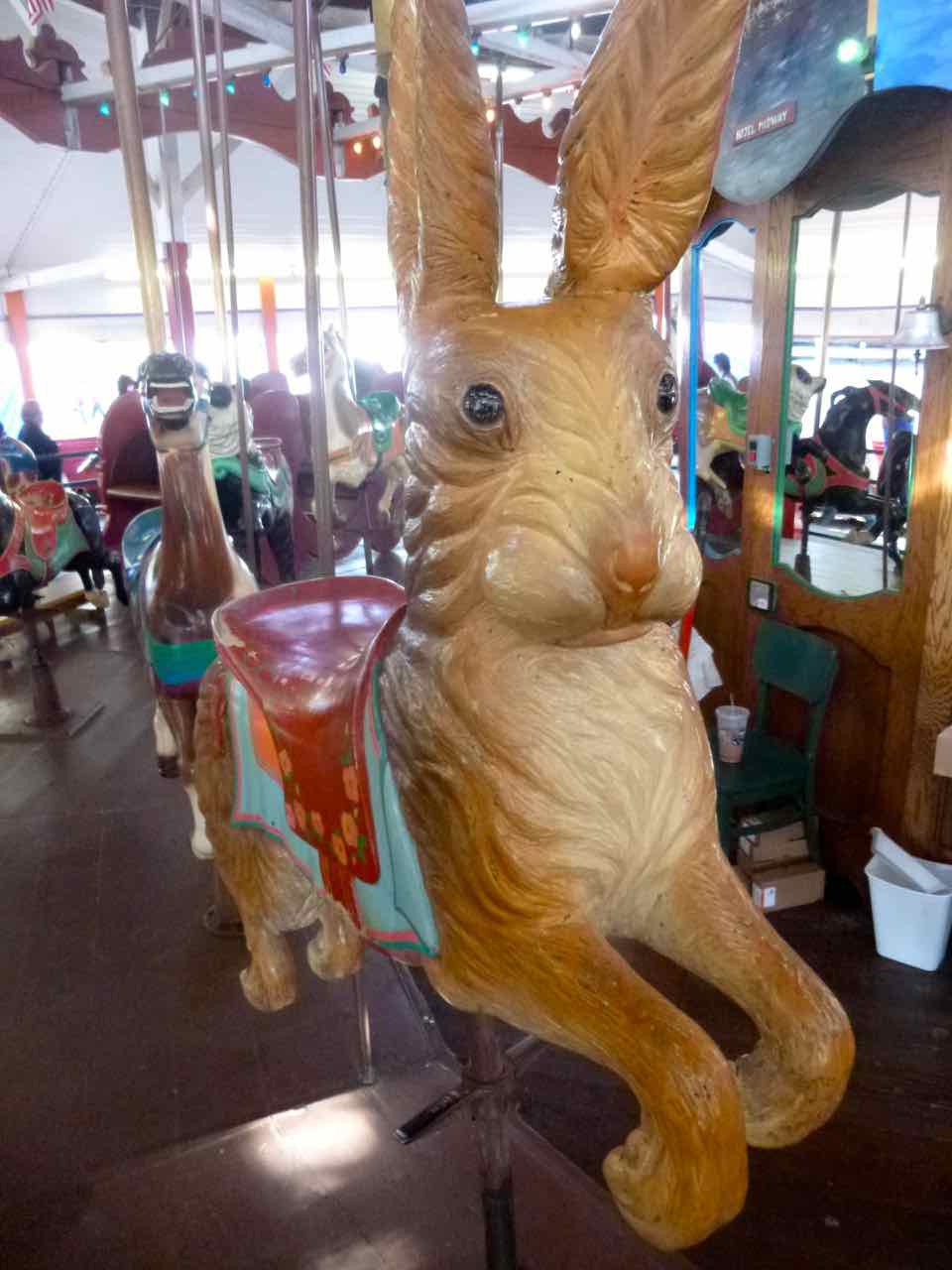 One of the inner-row carousel animals at the Conneaut Lake Park carousel. Is it one of the originals? No one can say. Bunnies are great carousel animals, whether original or modern production.

Trivia: By the fall of 1884 there were eighteen central commercial electric-generating stations in the United States, but some 378 small stand-alone lighting plants. Source: Empires of Light: Edison, Tesla, Westinghouse, and the Race to Electrify the World, Jill Jonnes.

PS: The Set Tour, Part 11: Doughnuts And Lots Of Them, a chance to talk toruses.