Back to my humor blog and what it's been up to this past week; hope you enjoy.

Back to Conneaut Lake Park. It's almost time for the pumpkin drop! 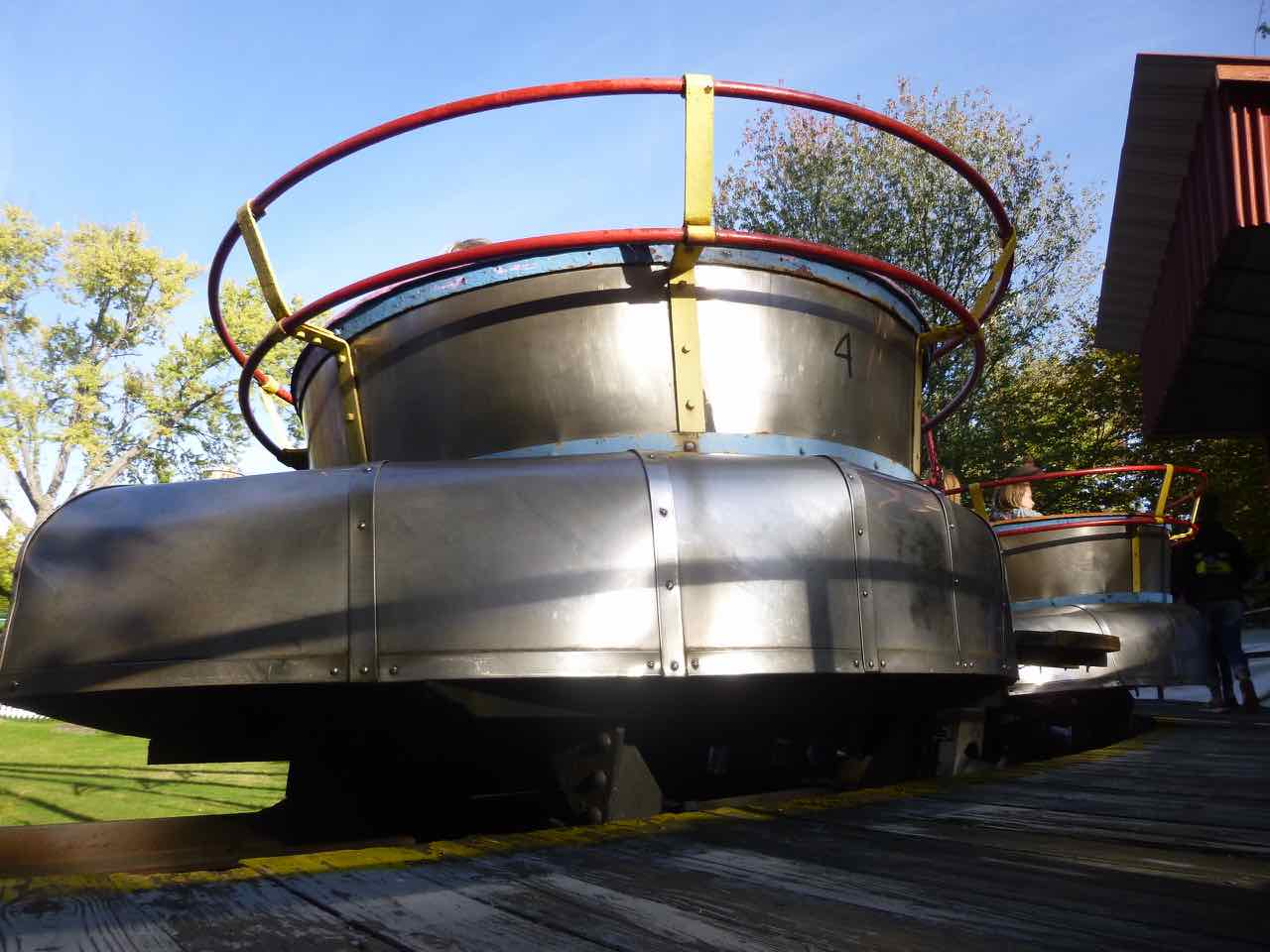 Close up of one of the Tumble Bug cars at Conneaut Lake Park. This model ride, dating back to the 20s, used to be reasonably popular. Conneaut Lake Park and Kennywood seem to be the only parks to still have any. The cars chug along a rising and falling circular path, while people inside try not to go tumbling out of control. 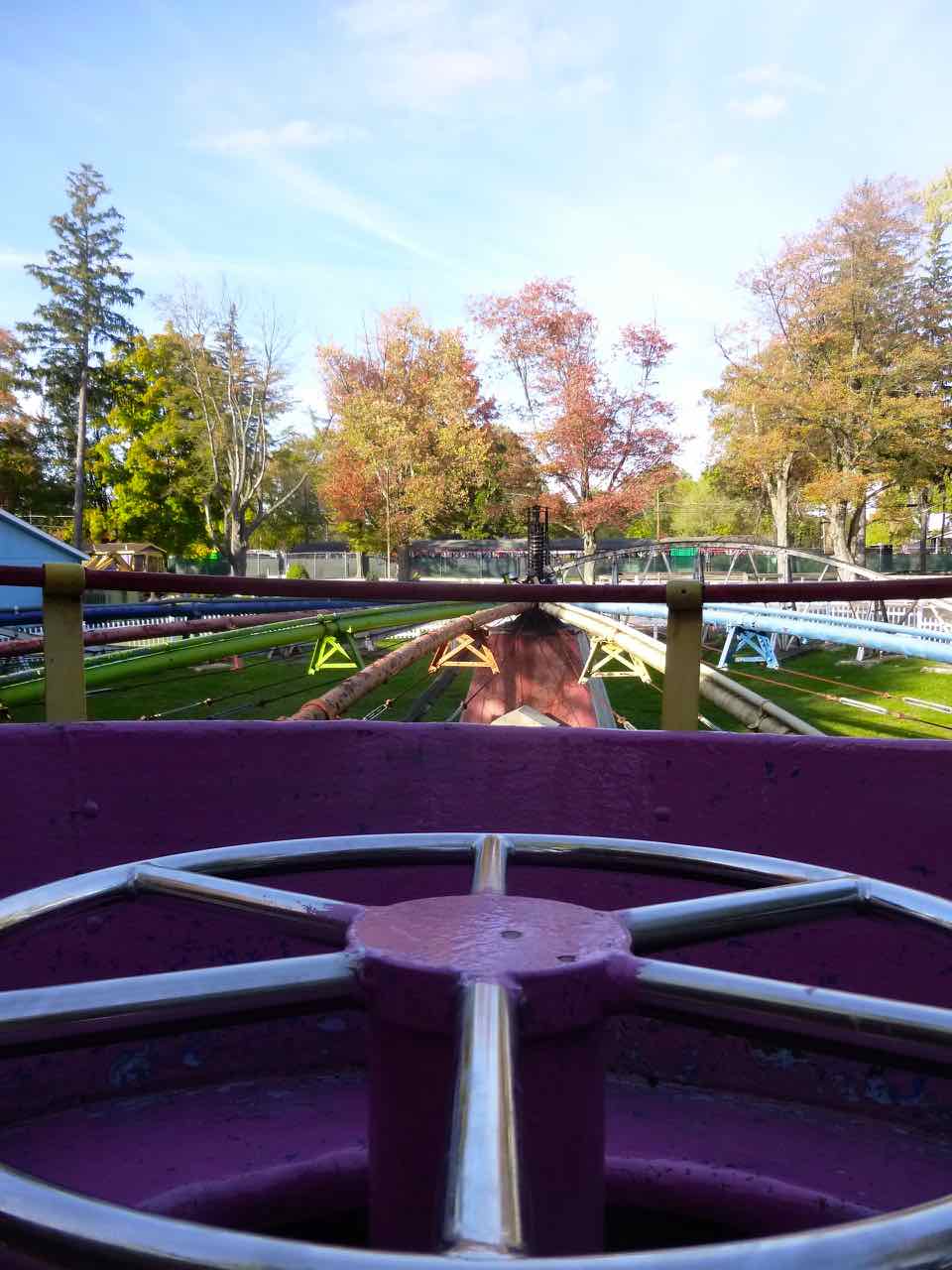 View from the cabin of the Tumble Bug ride. On a previous visit the ride operator told us and the kids sitting with us that the objective of the ride was to see how long you could go without grabbing on to the central wheel. This is a good way to go tumbling nearly out of control. It's a fine ride; we've lost something in their not being made anymore. 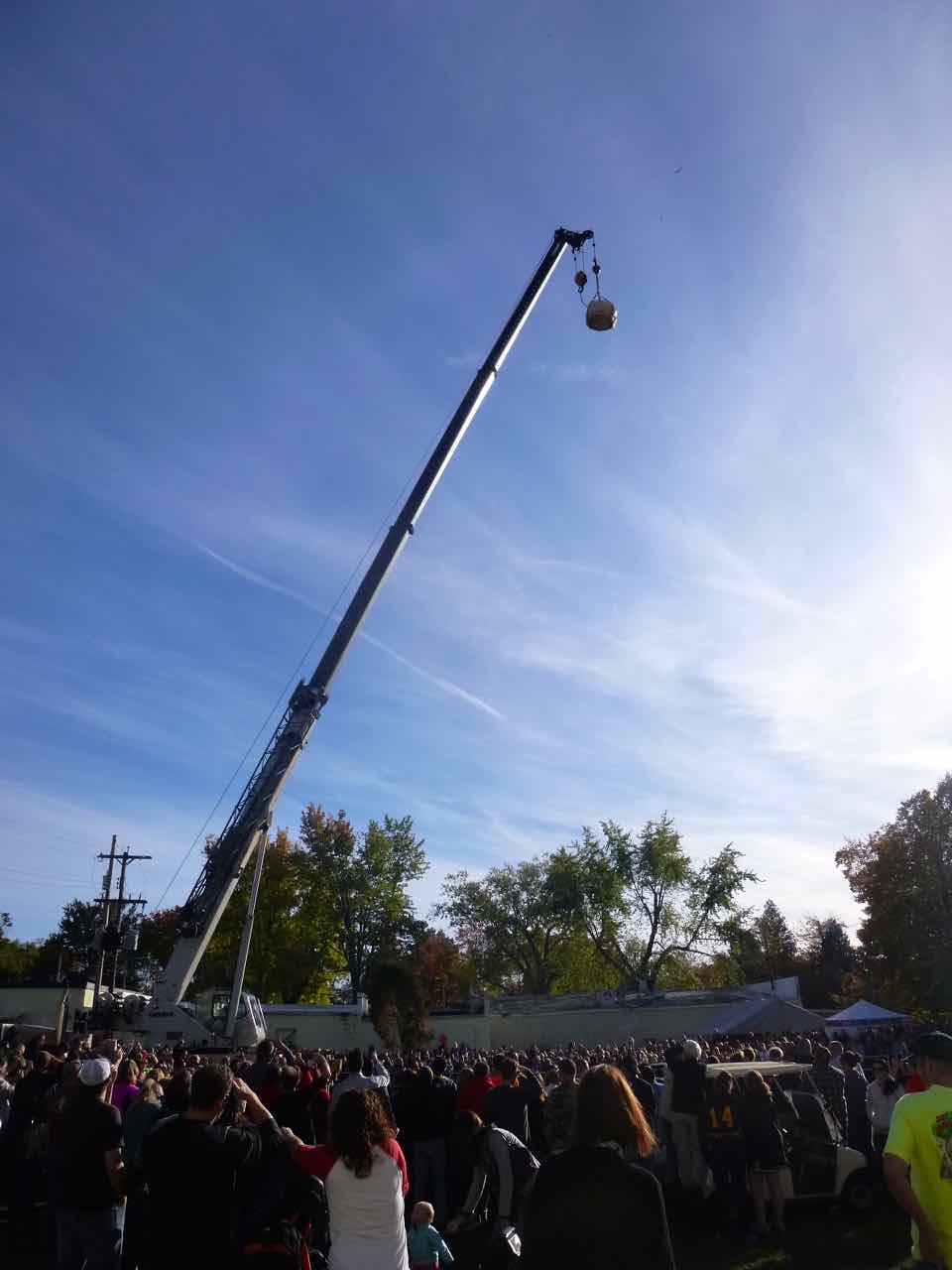 And now the moment that gives Pumpkin Fest its name. At the top of the crane there is a thousand-pound pumpkin. Underneath it is a doomed car. In front is every person in western Pennsylvania. We weren't fast enough getting to the pumpkin drop. 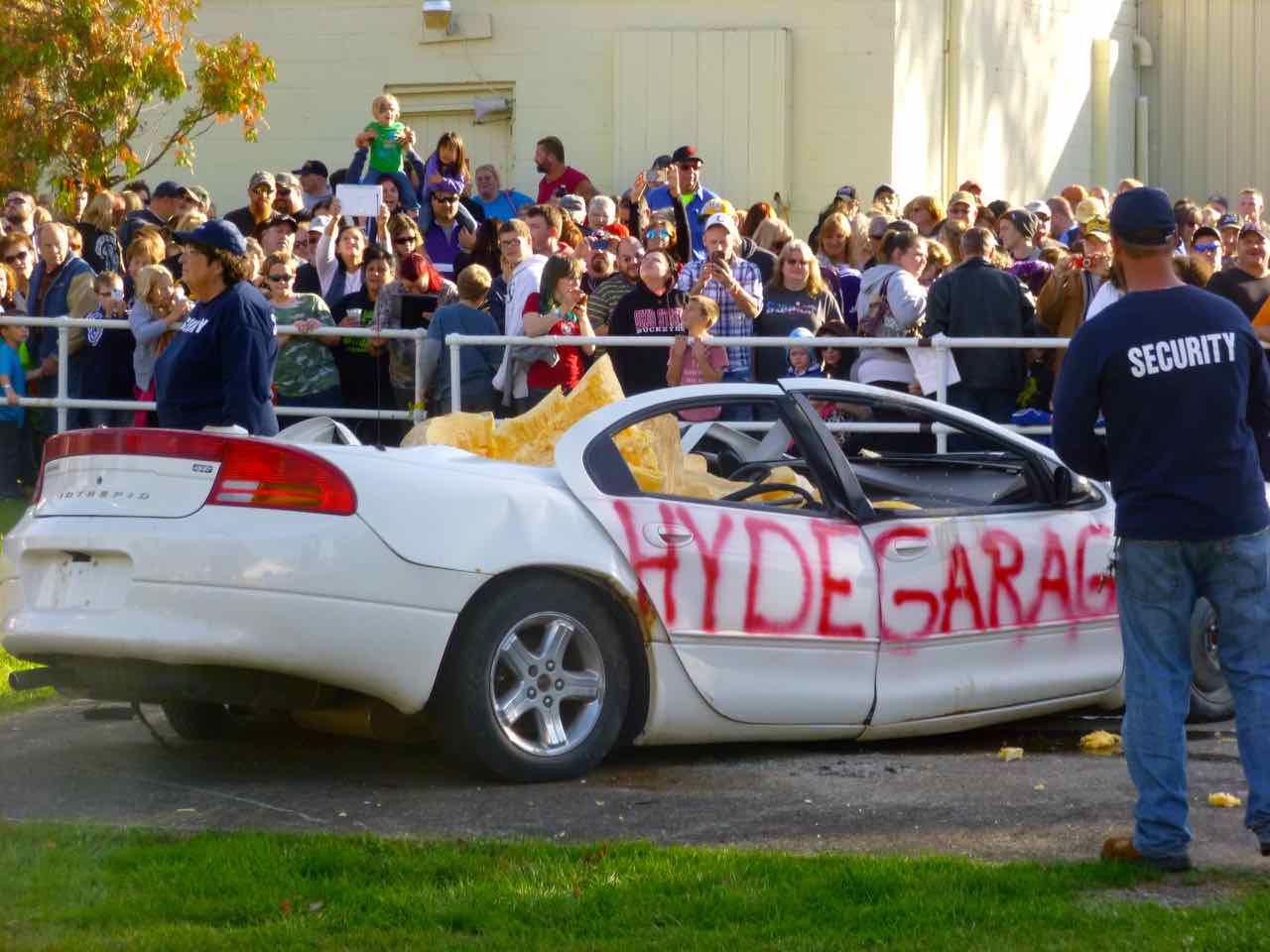 Remains of a thousand-pound pumpkin and an Intrepid. We assume the Hyde Garage took this to be a positive association. The pumpkin didn't smash into as many pieces as we'd imagined; it was a surprisingly tidy pumpkin drop. 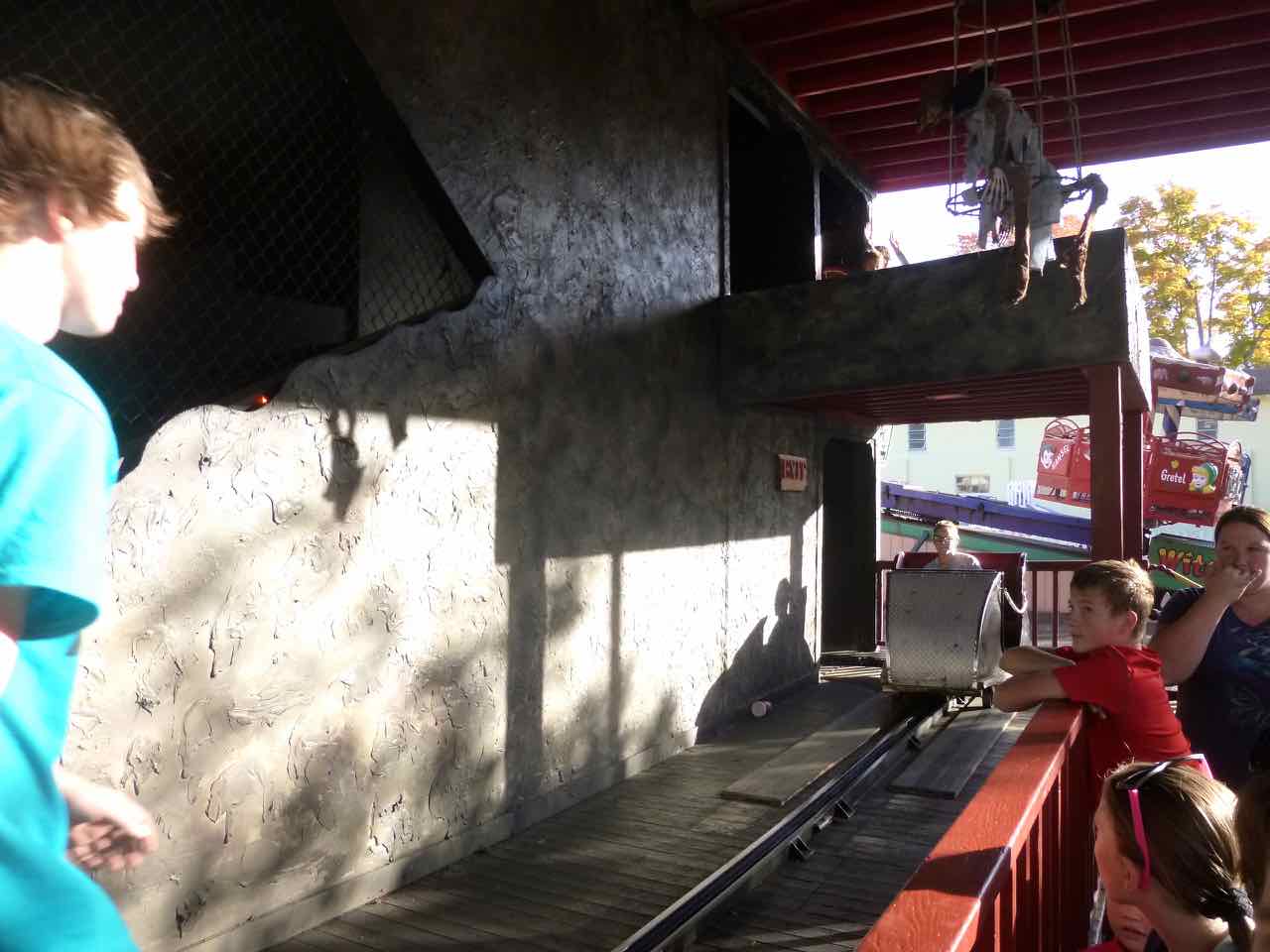 Loading station for the Devil's Den ride at Conneaut Lake Park. Those are some classic old-looking dark ride trains, aren't they? In past visits the trains have rolled under power from the exit (where the rider is) to the start (where the ride attendant is). This day, though, it was all human-powered, just like you see in the old days. There's the Witch's Brew ride in the far background. 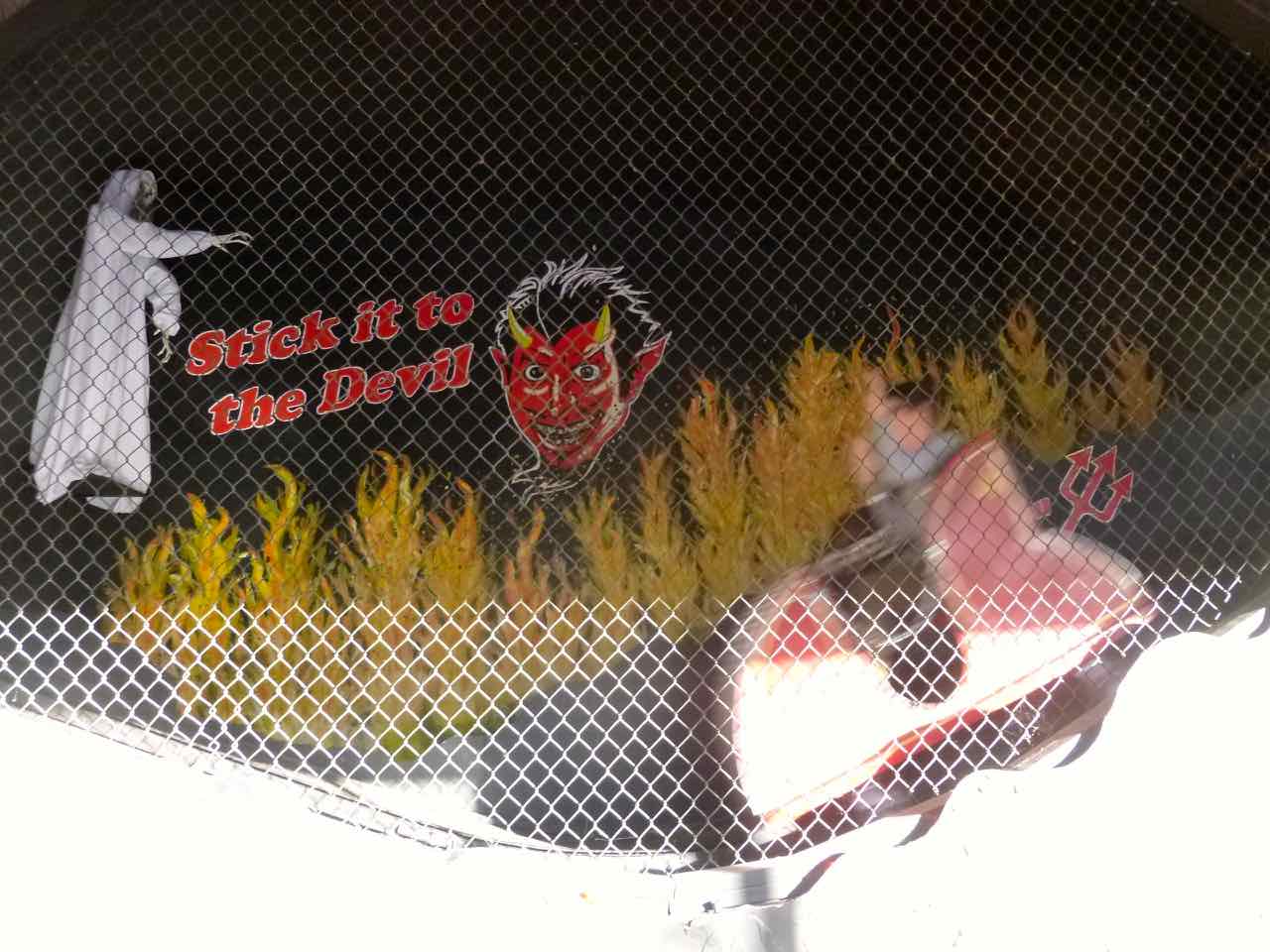 ``Stick It To The Devil'': the lift hill, and gum wall, inside Conneaut Lake Park's ride the Devil's Den. If you look closely you might see the many, many pieces of chewing gum stuck as directed to the wall. And coming back the other way is a car of riders taking the big and somewhat sharp little hill back down.

Trivia: Peter Minuit sailed to New Amsterdam aboard the ship the Sea-Mew. Source: The Island at the Centre of the World, Russell Shorto.