Thursday night, Friday morning. It's humor blog nagging time! If you're nagged enough by that, try out this nag instead. Or this list of what's run on the blog since this time last week:

That done, let's go back to Cedar Point and the Halloweekends of 2015: 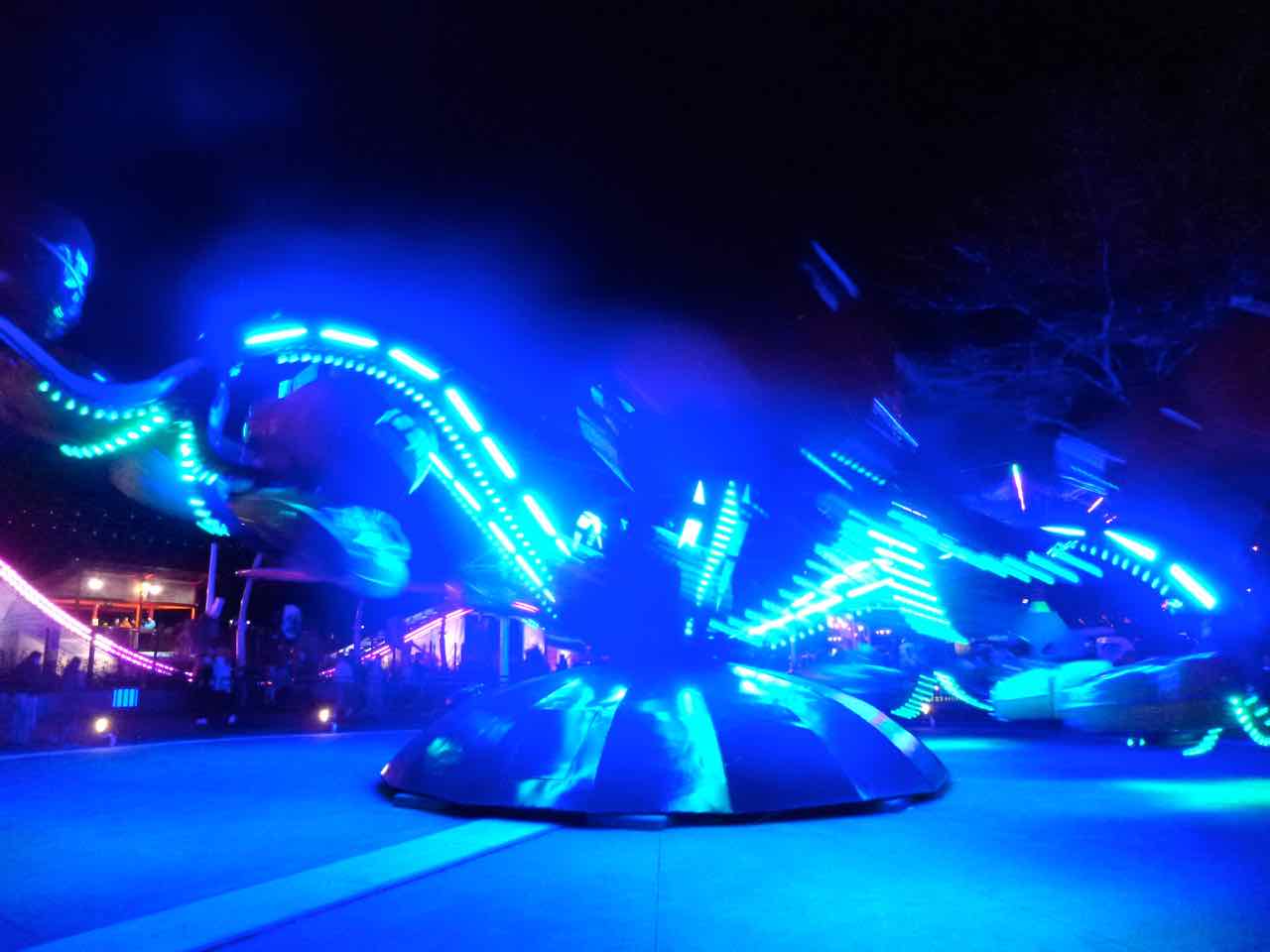 The Monster ride, at night. It got some really great lights installed in 2014 and it just looks great, especially at night. I have to imagine it looks even better in the midst of summer when it can be nice and humid. 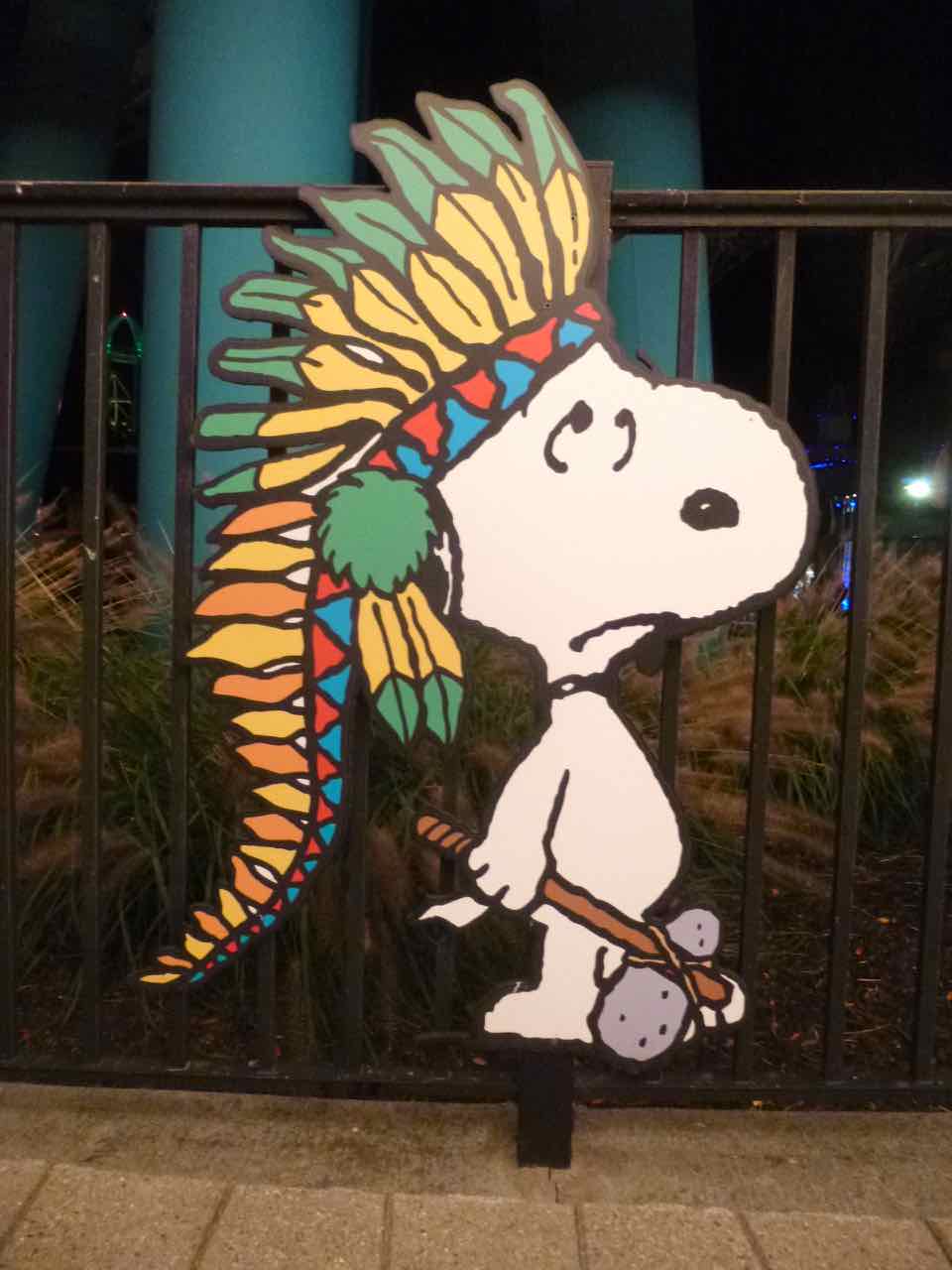 From the new special Snoopy Can't Believe This Kind Of Cultural Appropriation Is Going On In 2015, Charlie Brown. We were honestly delighted by how uncomfortable Snoopy looks in this costume. 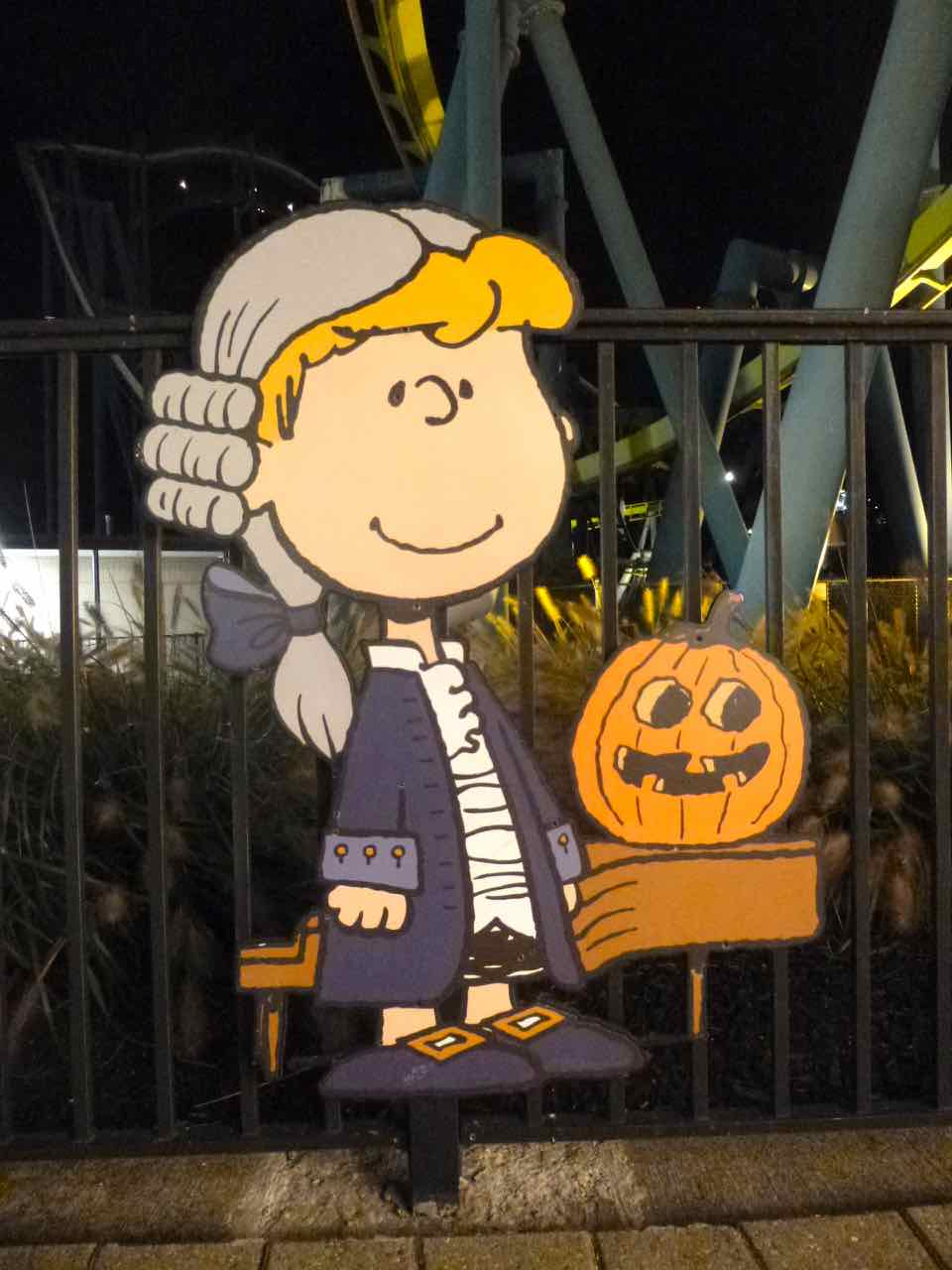 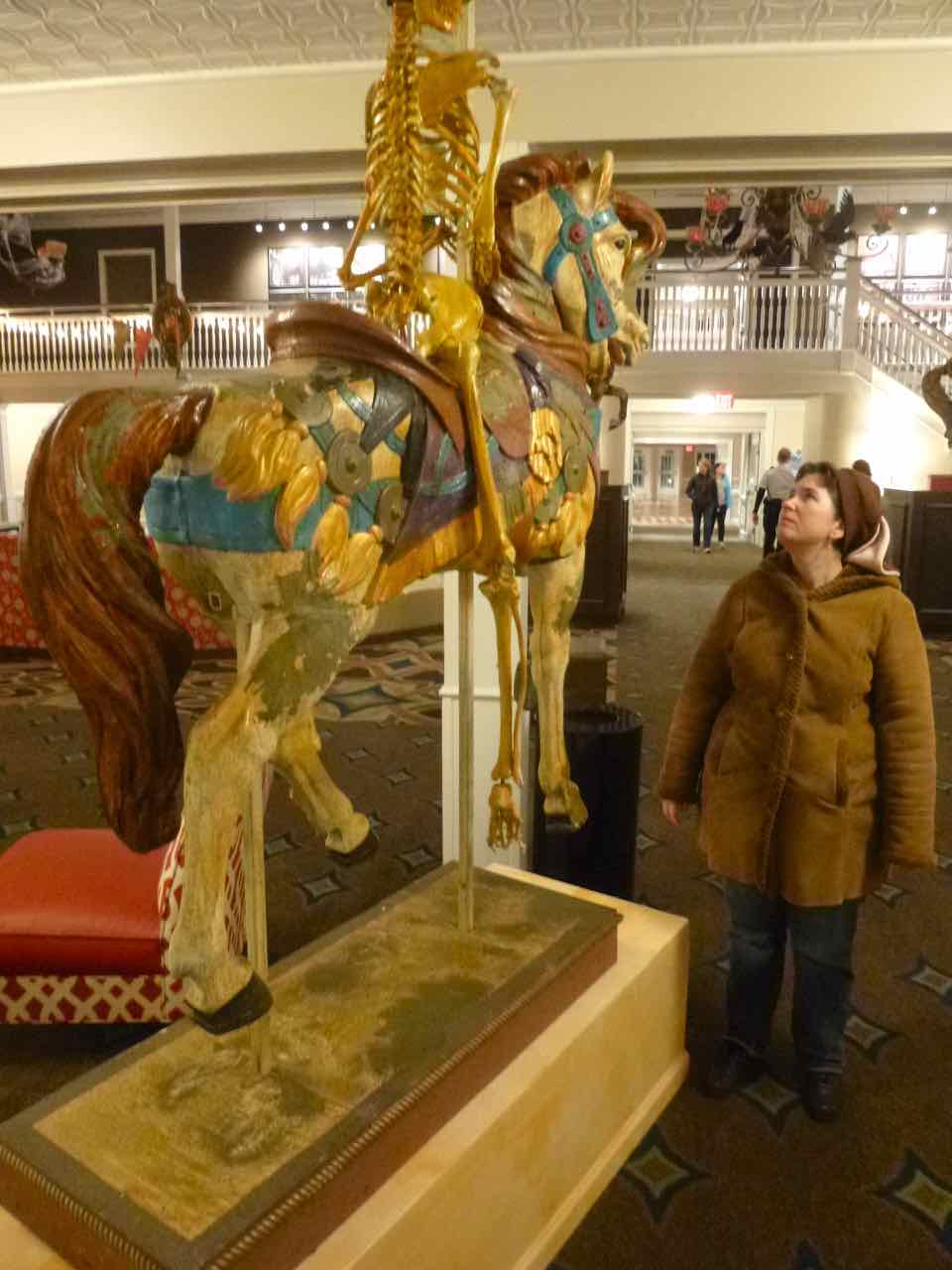 Back at the hotel

bunny_hugger examines some of the Hotel Breakers' Halloweekends decorations, a ``broken-down'' carousel horse with skeleton. There's another similar horse that has a mechanism inside intended to make it rattle, but it legitimately wasn't working. 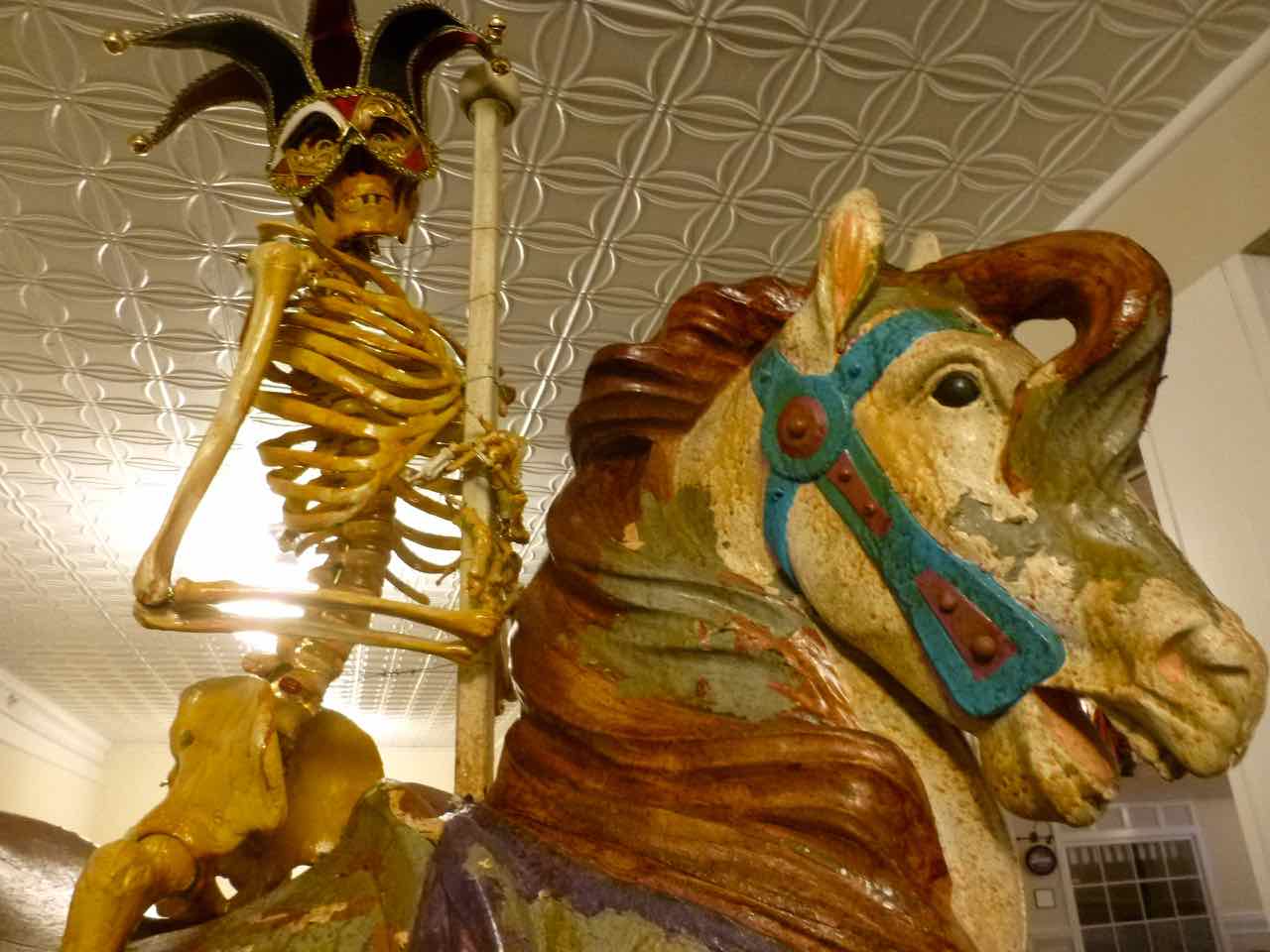 Close-up view of one of the Hotel Breakers' ``haunted'' carousels. I hadn't realized before the skeleton was wearing a mask but that does add that little extra touch, doesn't it?

Trivia: By the end of 1953, Bell Telephone's coaxial cable network was about 50,000 miles long, and linked 260 stations in 161 cities. About a hundred million people could theoretically be reached by a networked broadcast. Source: Telephone: The First Hundred Years, John Brooks.

PS: Reading the Comics, February 11, 2016: Apples And Pointing Things Out Edition, which is just what it sounds like.