And what's happening on my humor blog lately? This.

Enough of that. Back to the Merry-Go-Round Museum. 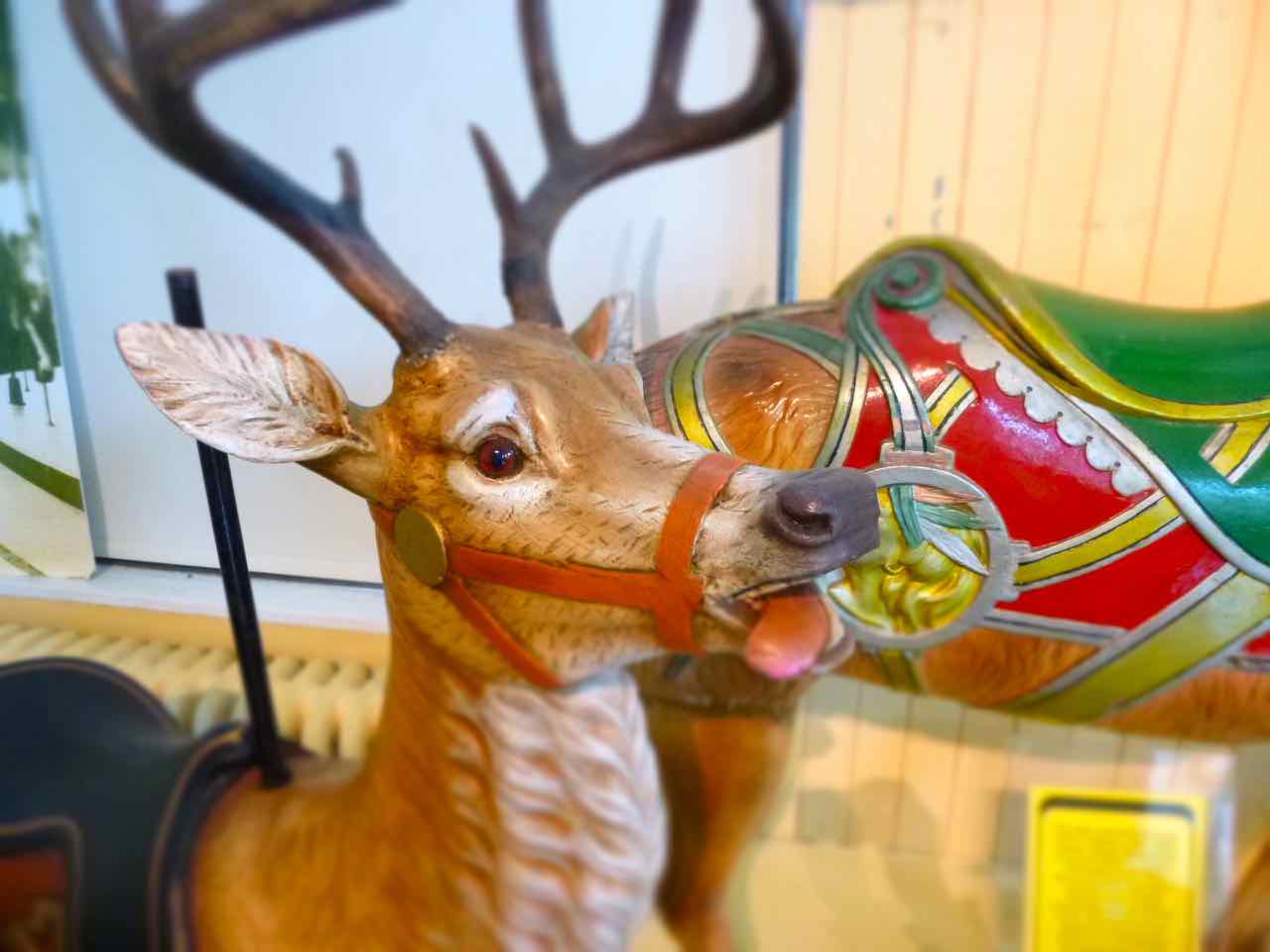 There are surprisingly few deer or reindeer carousel animals, at least in classic antique carousels. There's one. I believe I took this picture with the miniaturization effect too. At least I like how good the head looks. 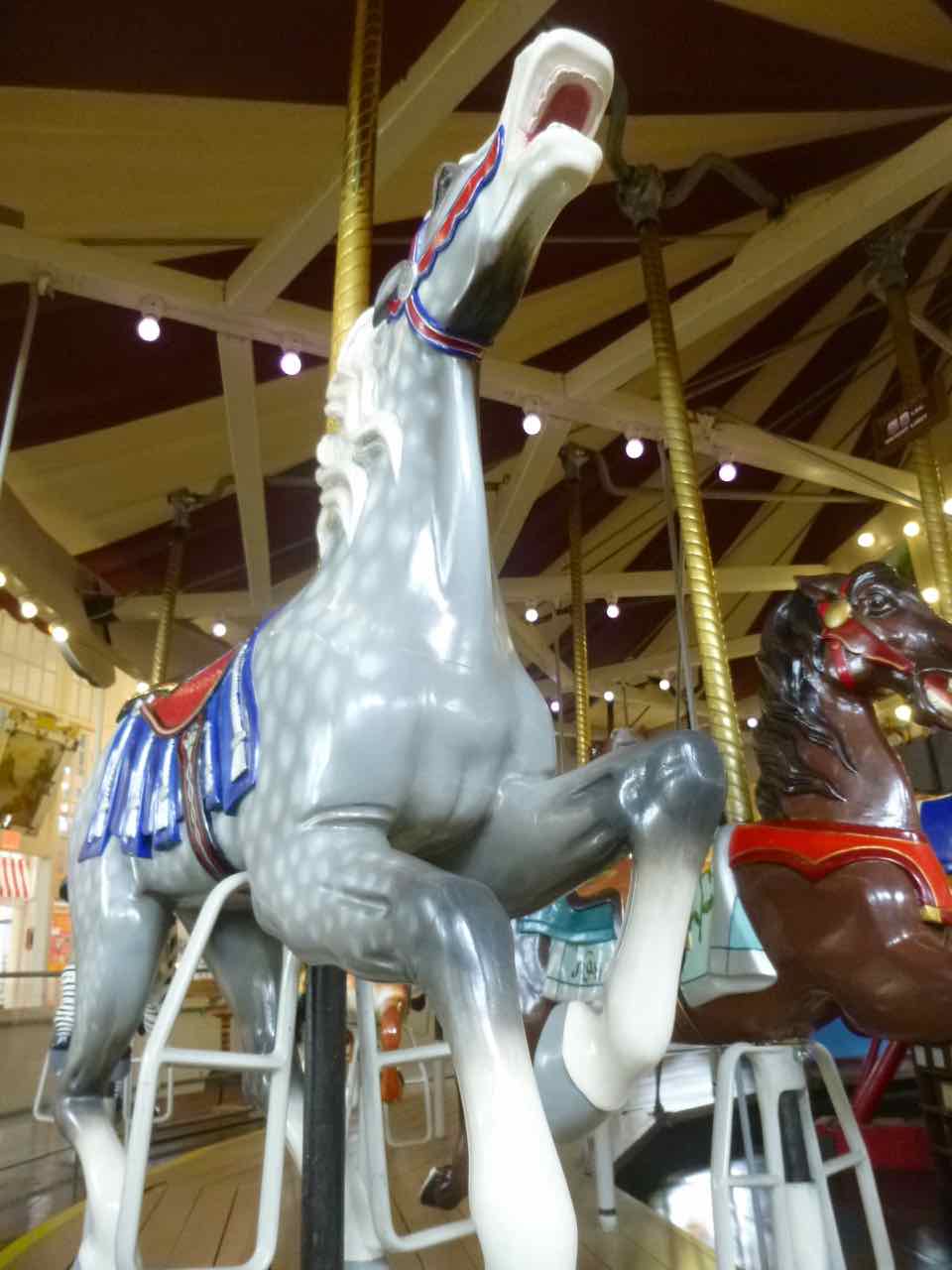 The Merry-Go-Round Museum's antique carousel, from below. 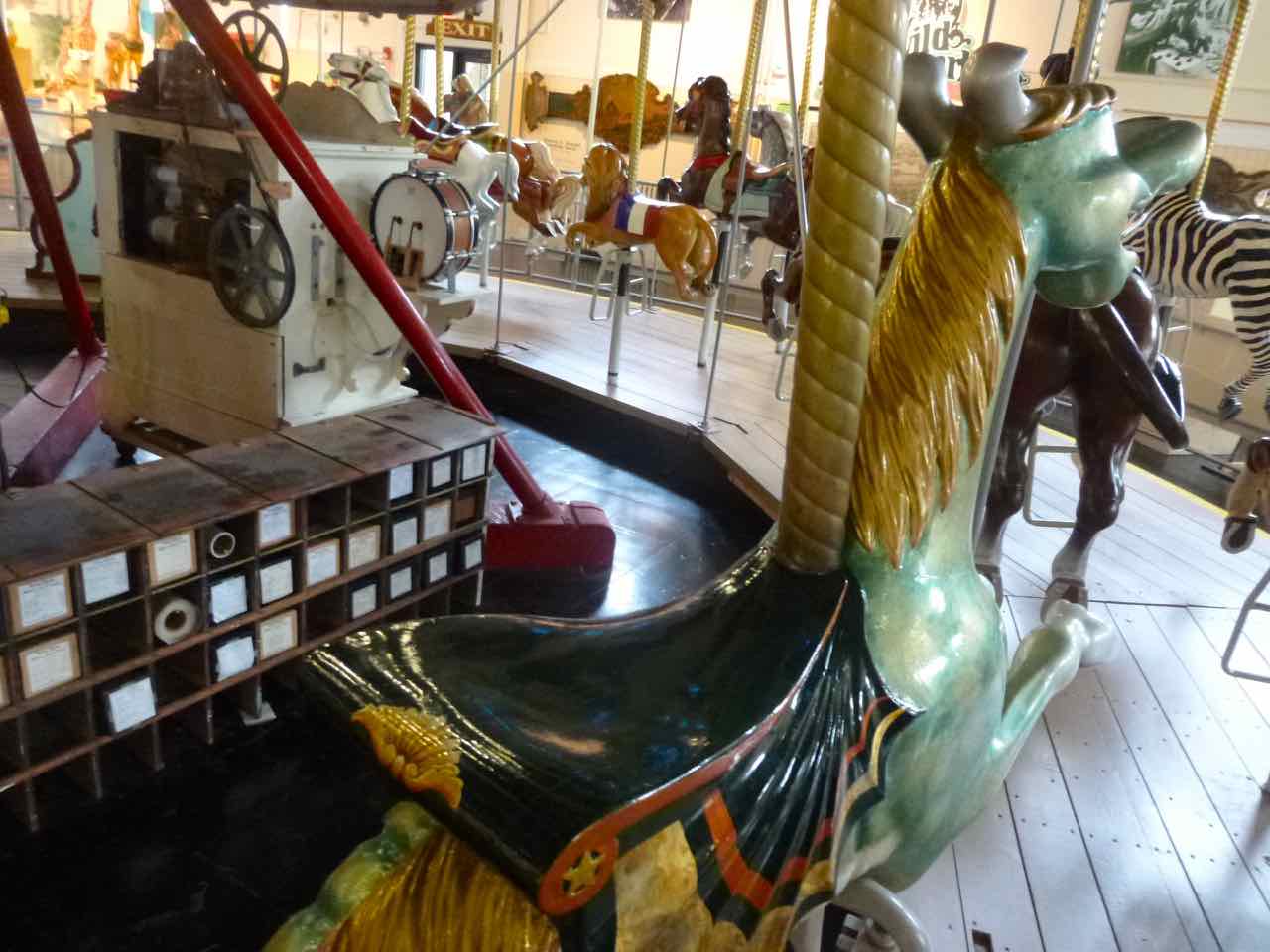 The Merry-Go-Round Museums' carousel also has a classic band organ, with music scrolls. They get new songs in, so around October you can get renditions of Halloween-ish songs like the Monster Mash, the theme to The Addams Family, and the theme to Batman, which counts, right? 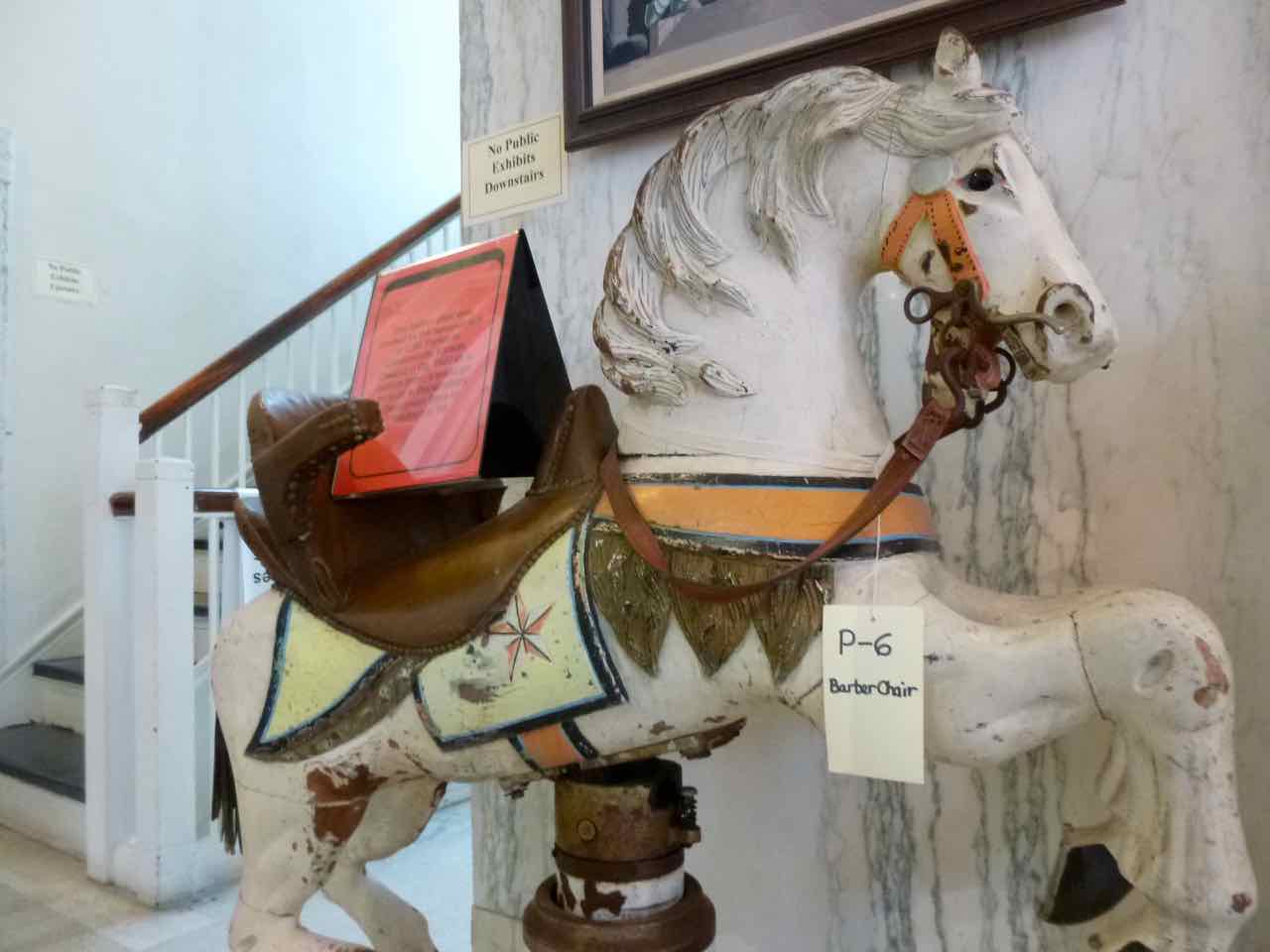 So apparently some barber shops figured they could solve the problem of fidgety kids squirming around while getting their hair cut by, instead of having chairs, having carousel-type animals to sit on. Surely they had no problem then with kids rocking back and forth trying to make the chair-horses move, and that's why you see them in every hair salon that takes kids today. 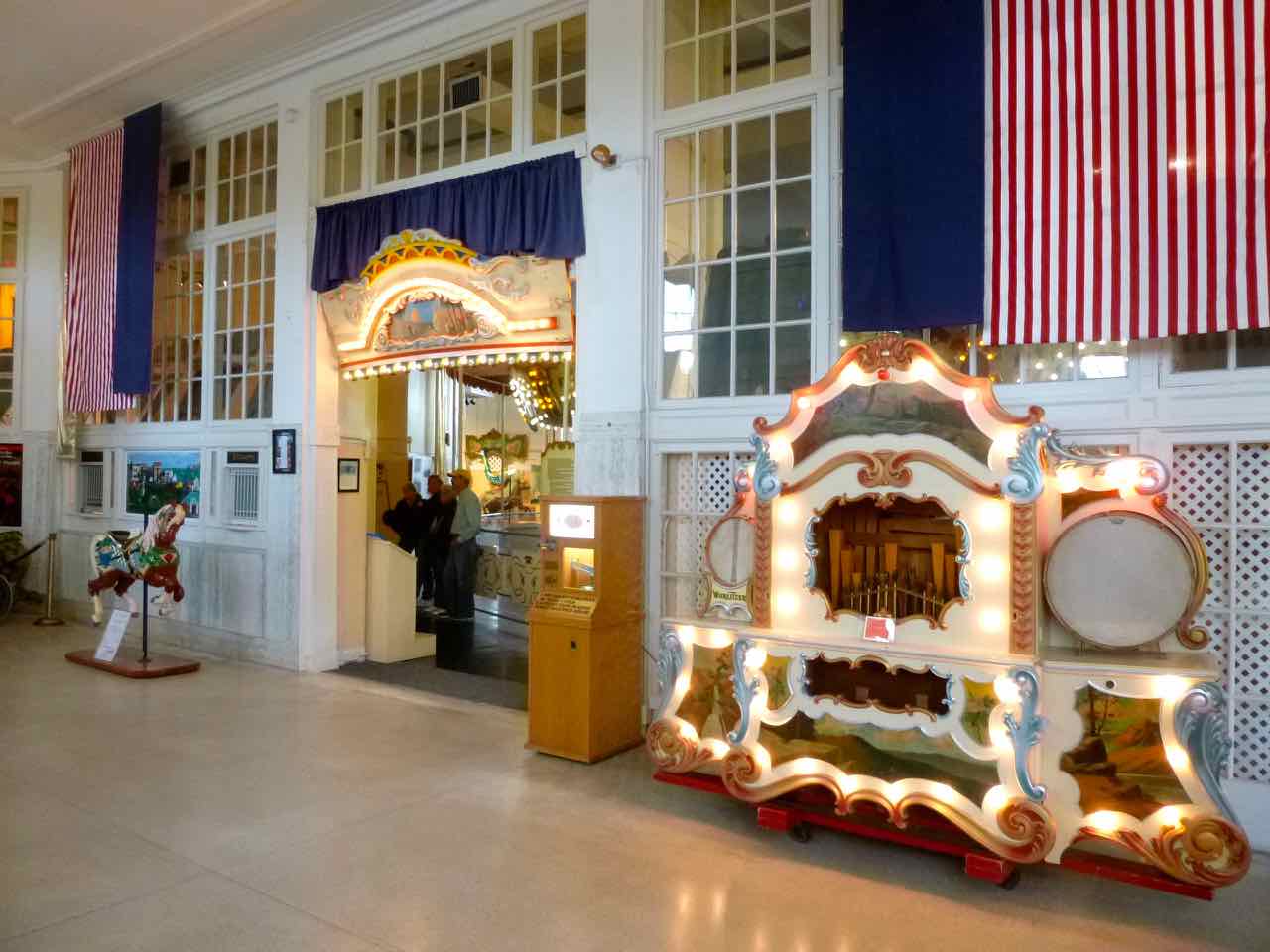 Main entrance of the Merry-Go-Round Museum, which used to be a (rare) circular-plan post office building. On the right is one of their band organs, used to give people a close-up look at the workings and deafen them. To the left is the St Patrick's Day mount raffled off. Behind the horse are some of the post office service windows. And you can see the antique carousel in the room beyond, past the people gathered around staring at the exhibits photographed earlier.

PS: Reading the Comics, February 17, 2016: Using Mathematics Edition, although I talk a lot more about mathematical notation than anything else.