I had a quiet week on my mathematics blog, as you maybe saw on your Friends page or else on your RSS feed. But if you missed it here's some recent stuff from it:

I took fewer pictures than I thought of the Saturday evening at Halloweekends. This is probably because we got off to a slow start what with my back punishing me brutally. Or because I figured I could take pictures less of everything and more of what stood out as interesting at the moment. For example: 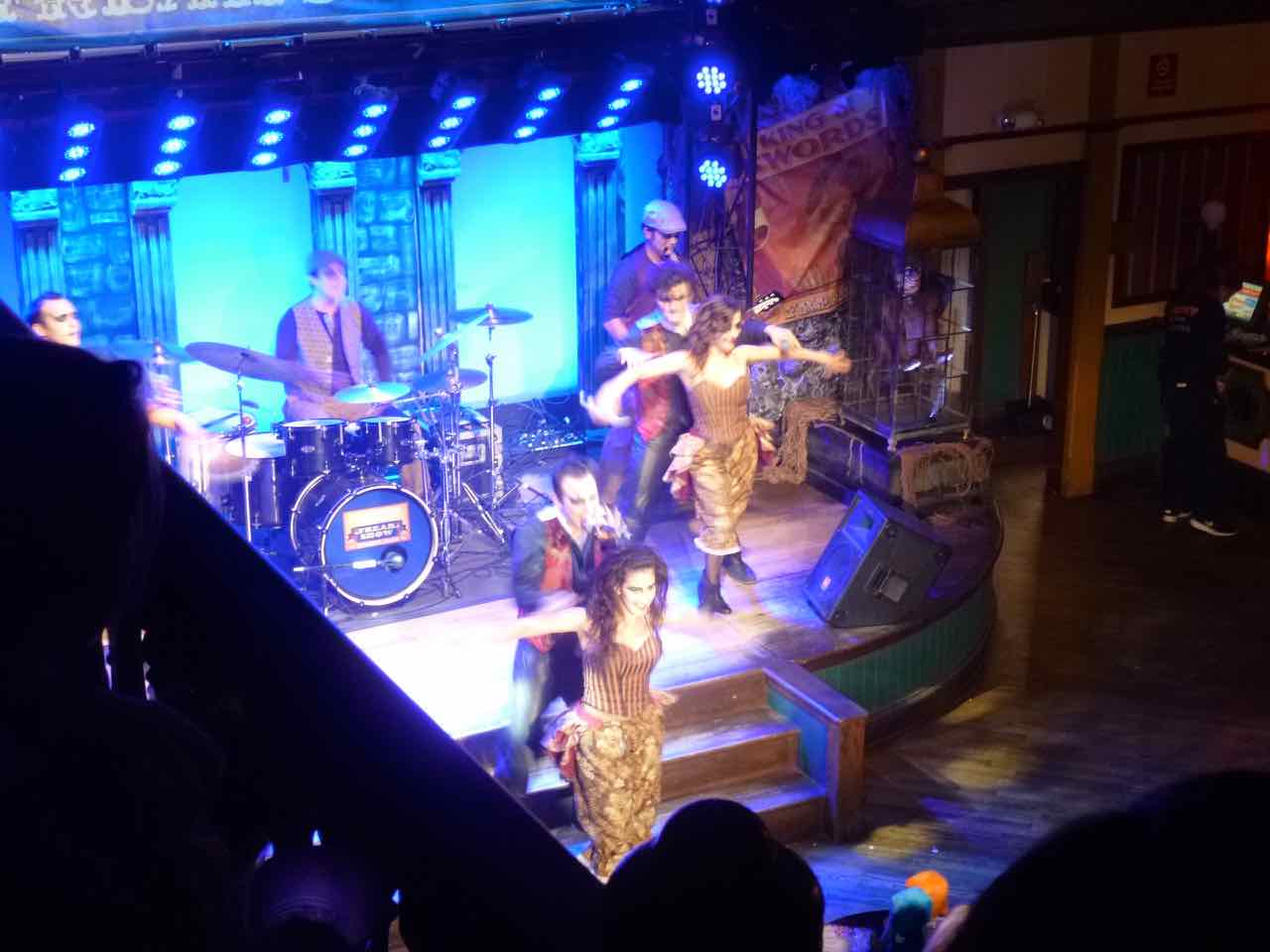 From the Edge of Madness Freak Show musical revue. The venue and performers, during the normal part of the season, sing an 80s medley here. For Halloweekends, it's an 80s medley done up with more Halloween stuff. The decor is stuff that used to be in the Haunted Circus/Freak Show walkthrough area (one of the kids areas). That area's been re-themed as a haunted-fairy-tale walkthrough area, so we were glad to see the props have just gone to a different use. 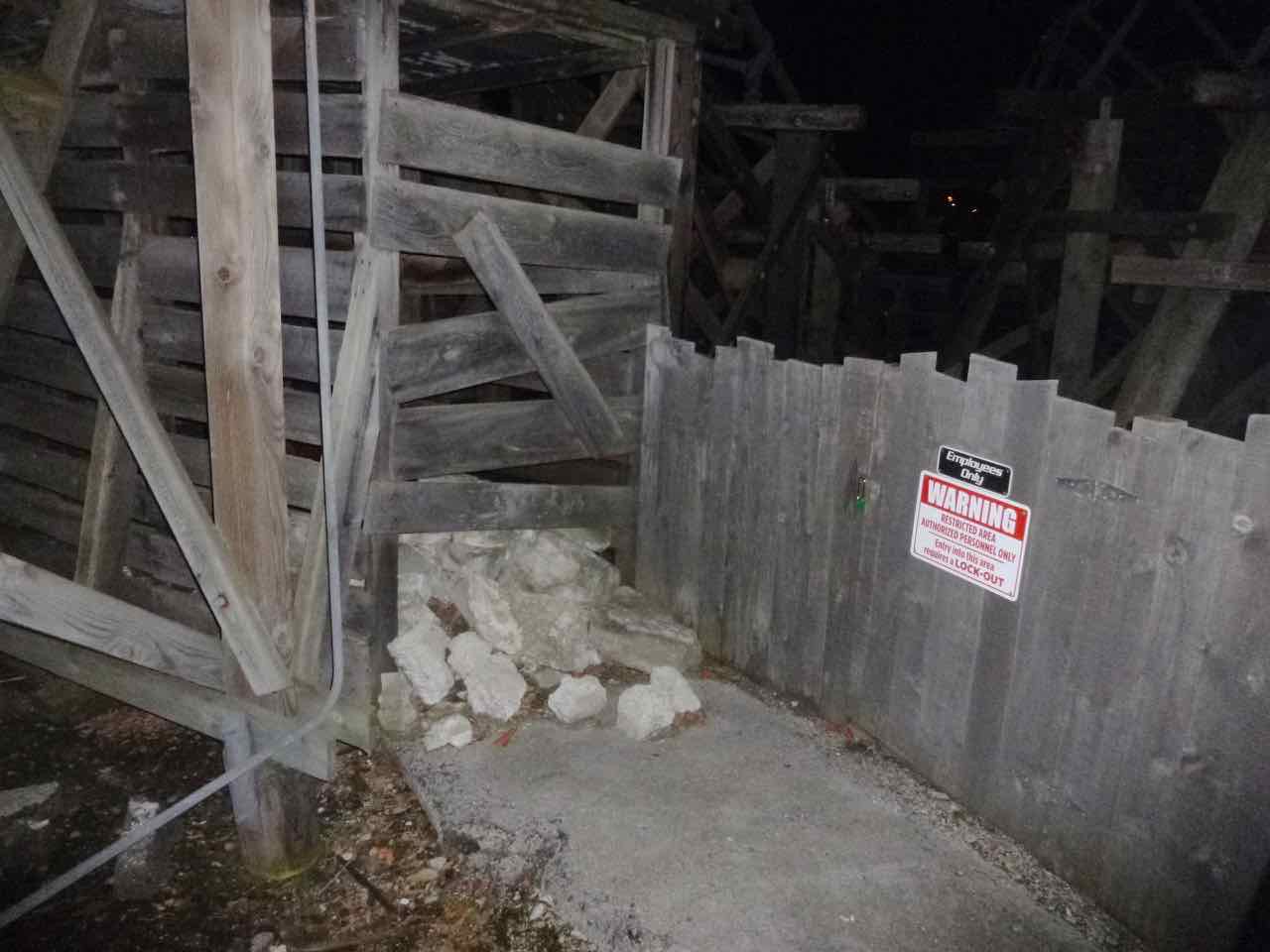 The former entrance path to the Cedar Creek Mine Ride. It's always fun spotting stuff that used to be other things, yes. It's also fine noticing that the pak used the change in entry path to improve the theme of the ride. Like many amusement parks Cedar Point has a Mine Ride that's part of a Vaguely Old Western themed section, and an abandoned path or rocked-up cavern fits neatly. 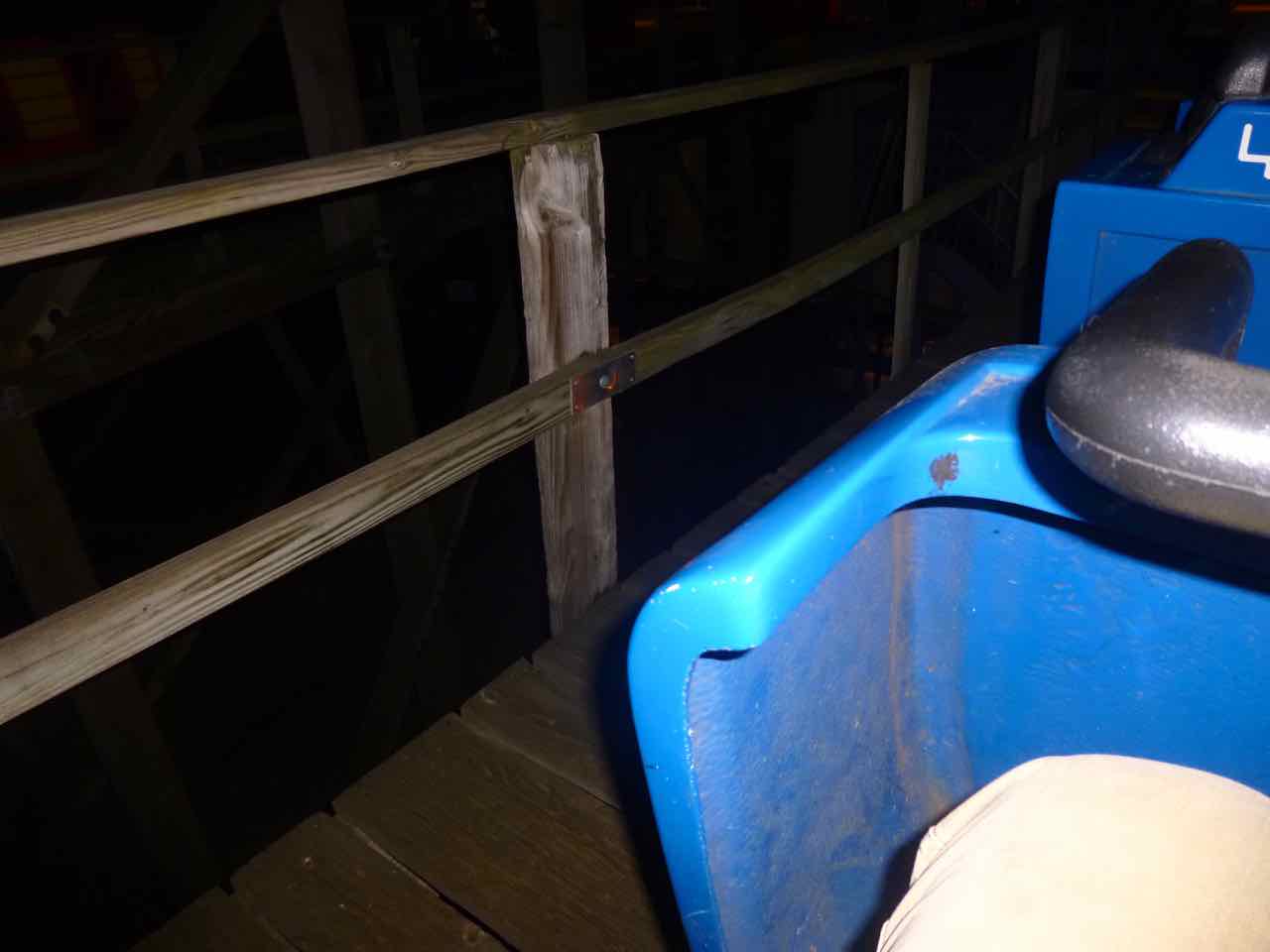 On-ride picture from the Gemini roller coaster! We got what was our second technical walkdown from the ride. They didn't have enough people to send out the train ahead of us, so we had to walk the nearly twenty feet from the braking and holding are ato the station. The path is not generously wide, but you can see that it isn't particularly dangerous either; it's enough space for one person to walk safely. 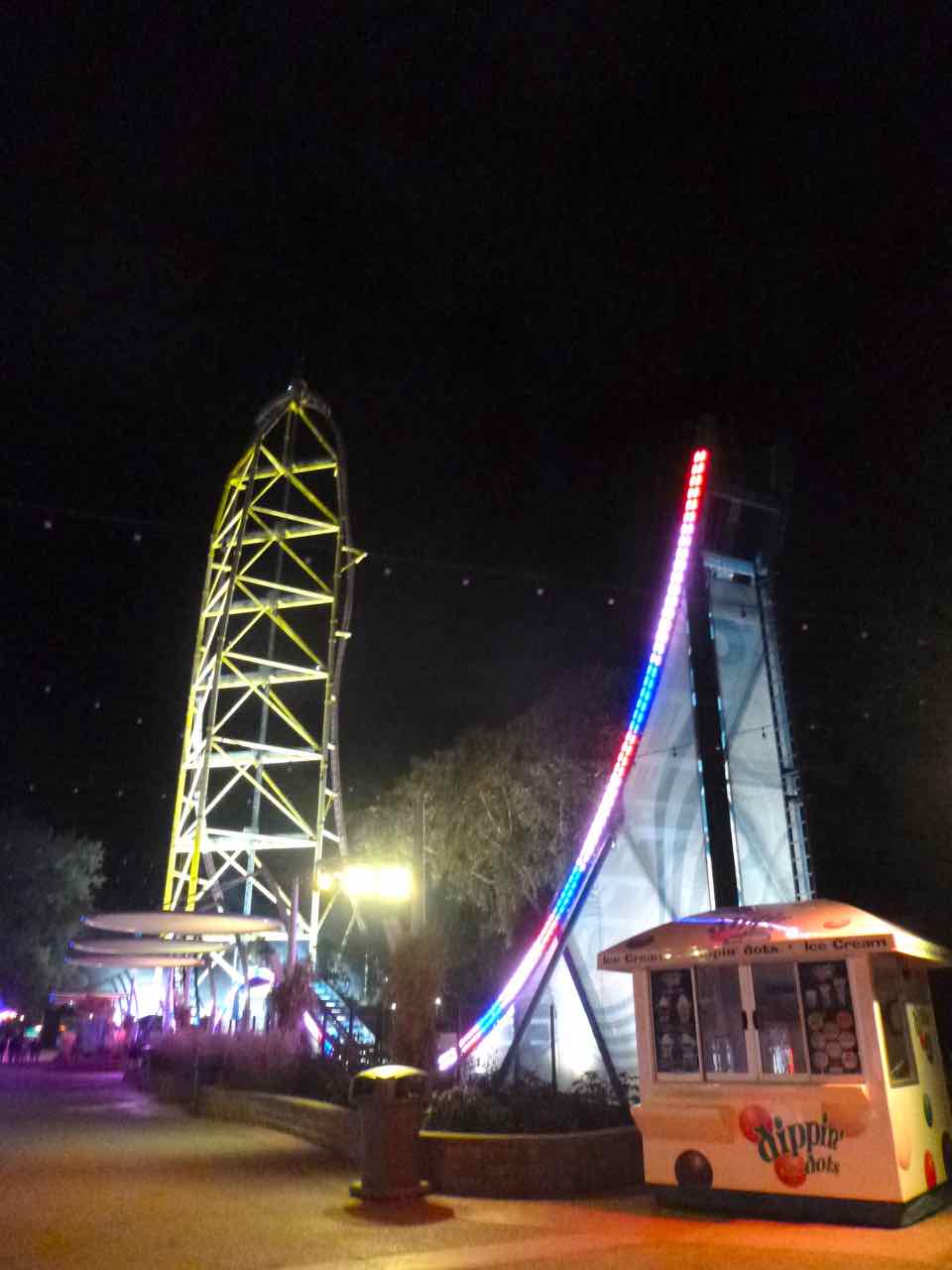 Top Thrill Dragster and the newest-ish roller coaster(?) Pipe Scream, at night, looking like the cover of a calculus textbook that's trying to show off ellipses and parabolas in that hip, radical cool way the kids are all into these days. 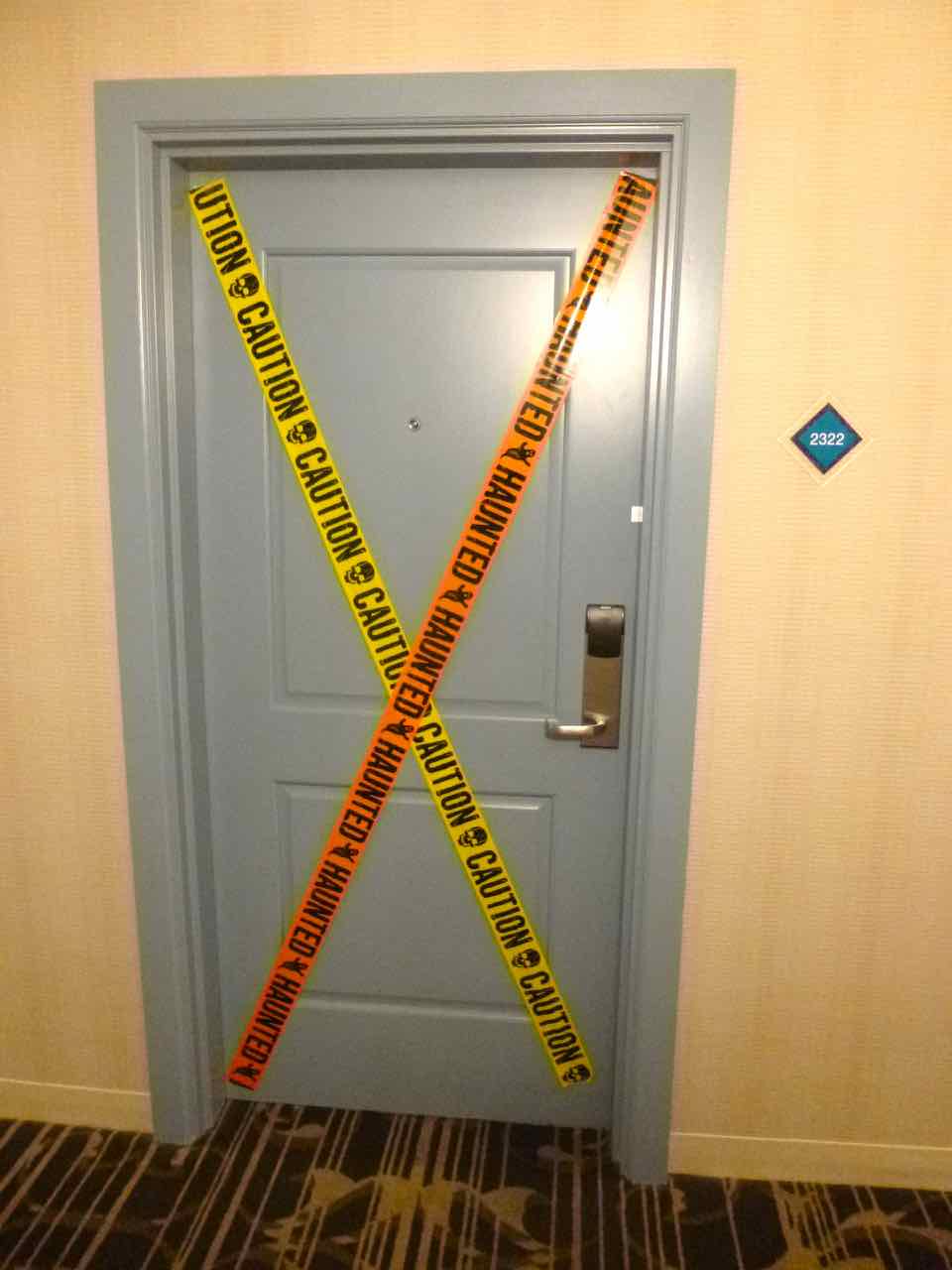 A Halloweekends-themed door at the Hotel Breakers. We didn't notice any other doors with caution tape put across it, raising the idea that maybe the people staying in it got a little merry while moving in? But that's absurd. If the hotel decorated it themselves, then fine, though why not have more rooms cautioned off? And would they want to put caution tape up on a room being rented, given that some customer would surely get all fussy about warning tape across their own door? But isn't that sort of silly hassle worth it for the number of people who'll walk past and feel more positively about the hotel? These are all questions I feel I cannot answer.

Trivia: In the 1776 Continental Congress both Thomas Lynch Senior and Thomas Lynch Junior represented South Carolina. Lynch Senior had a stroke early in 1776 and did little work afterwards, though a spot was left in the Declaration of Independence for his never-affixed signature. Source: Signing Their Lives Away: The Fame and Misfortune of the Men Who Signed the Declaration of Independence, Denise Kiernan, Joseph D'Agnese.