So if you didn't read my mathematics blog last month, you missed its most-read month ever. You can join in on April, though. Or you can add it to your friends page, so that I barely know you did. Or to your RSS reader, so I never even know that. Or you can catch up with what you missed, which for the past week would be:

The Potter Park Zoo, Lansing's zoo, decorates for Christmas each year. This year we finally went to it. What did we see? Here's some things. 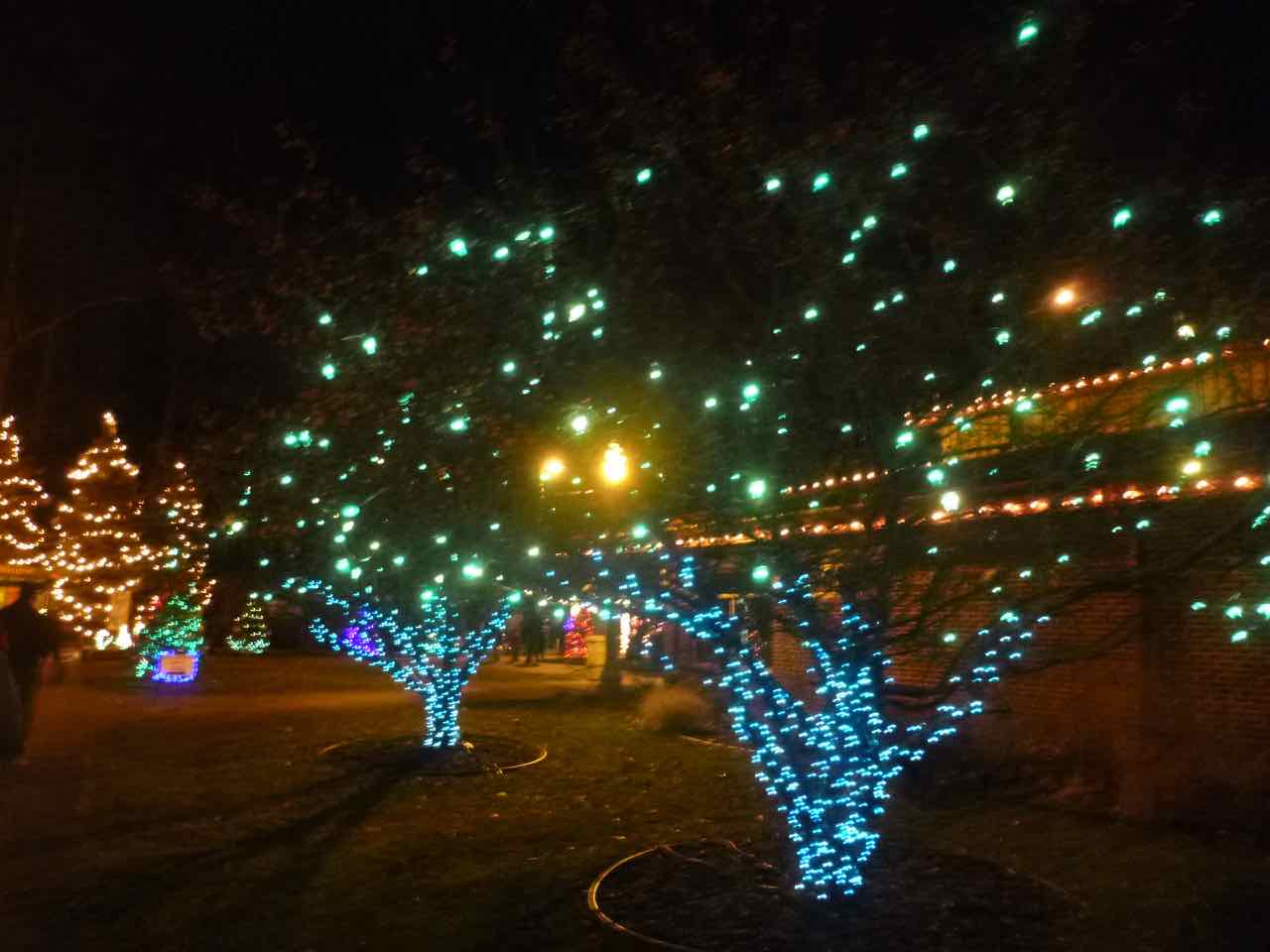 This is just inside the Potter Park Zoo. The building on the right's the main exhibition/education center. 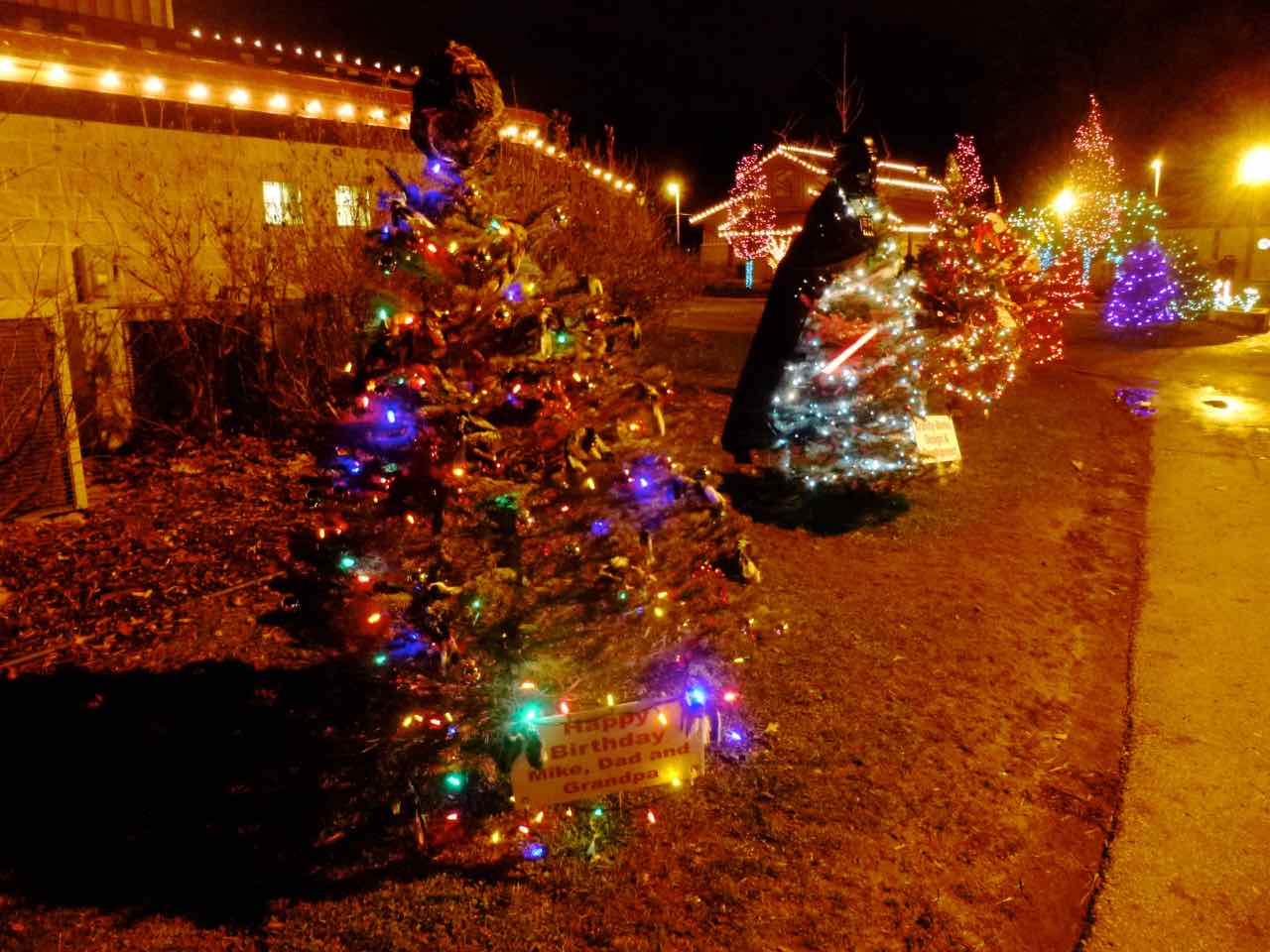 Many of the trees in the zoo get decorated by sponsors. Some of them are families. Some are organizations. Some are businesses. Yes, that second tree is one dressed as Darth Vader. This was done by ``Gravity Works Design & Development''. A local technology firm? A gaming company? A graphic design studio? A roller coaster manufacturer? We have not the slightest idea. 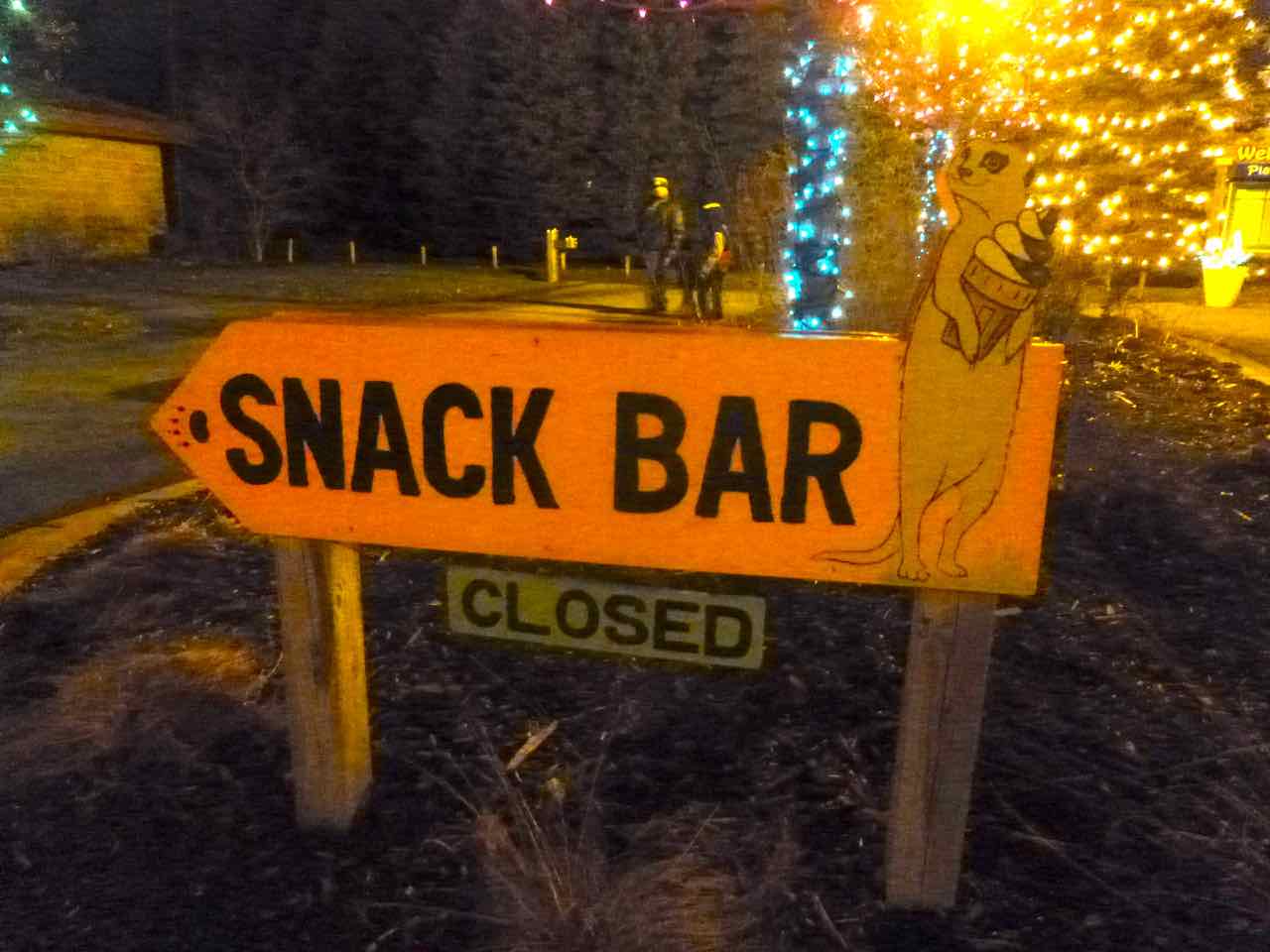 And the sad news: at this hour of the winter day meerkats can't have soft-serve. 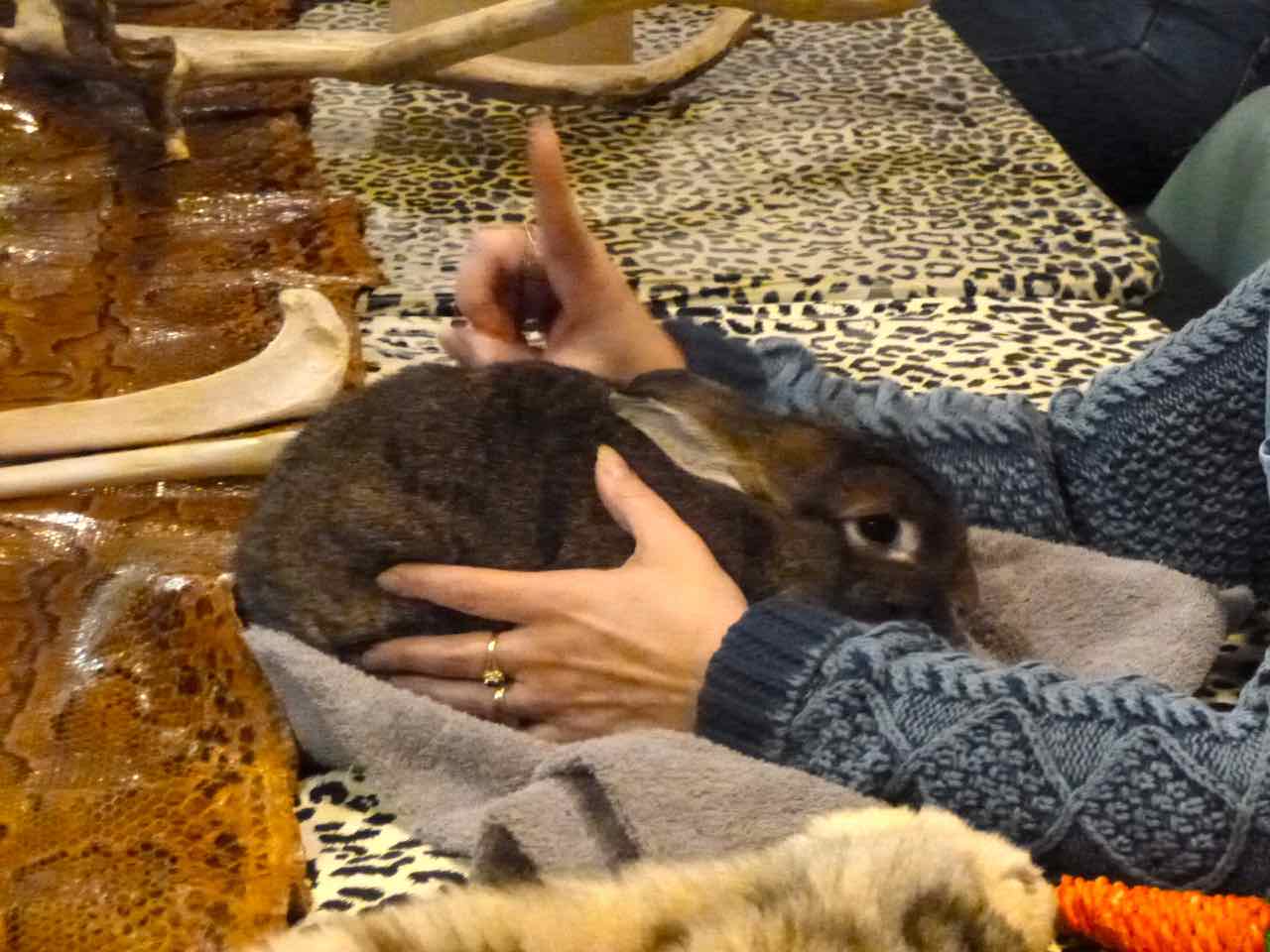 Not our pet rabbit! But inside the exhibition center they had some crafts activities and a couple animals you could pet or just watch. The rabbit kept trying to turn around and face people, and kept getting turned back around so there'd be no chance of him biting zoogoers. 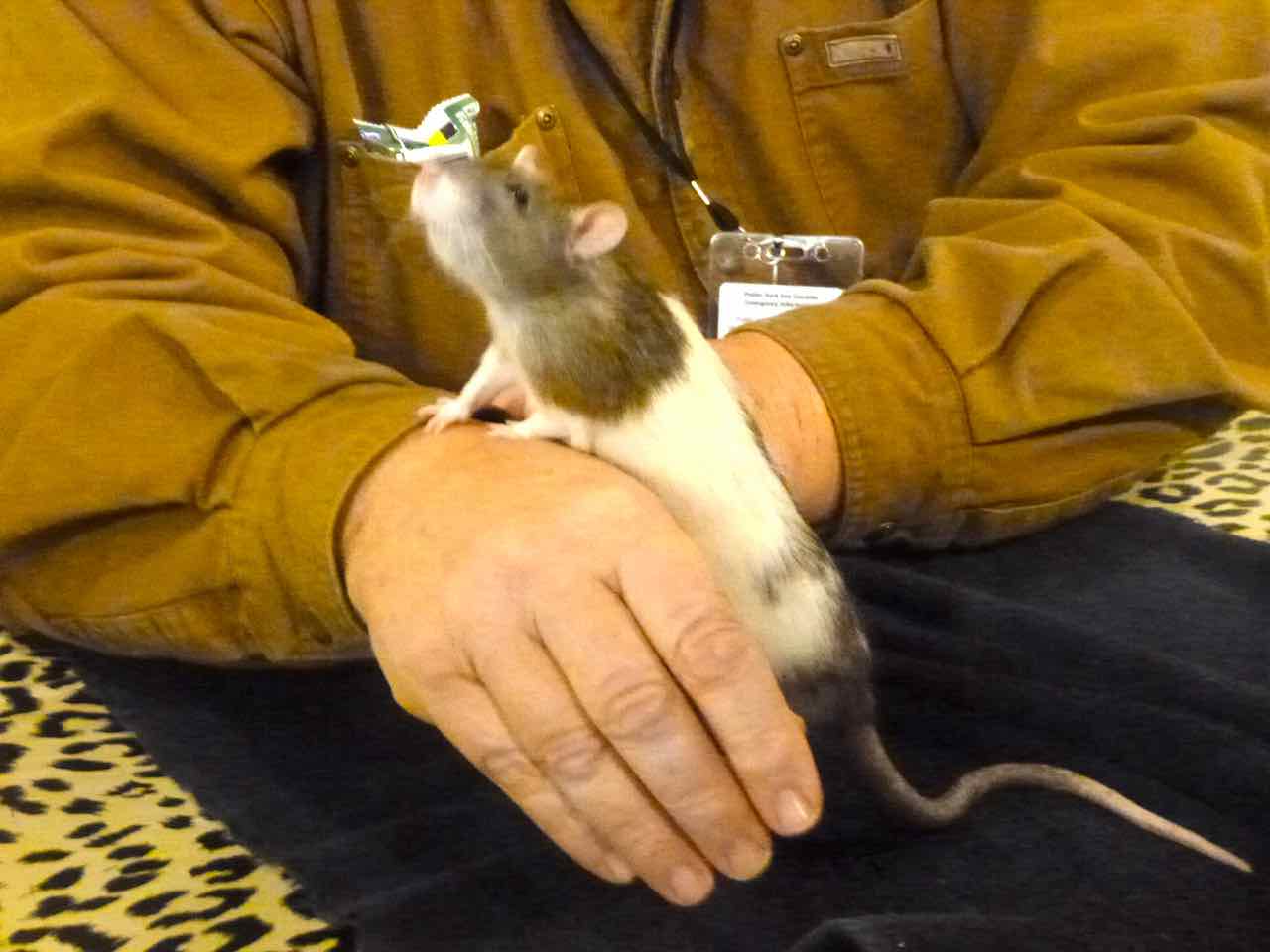 The rat was allowed to face zoogoers. And he made a pretty good case for rats as a concept. Very interested, very engaged critter. 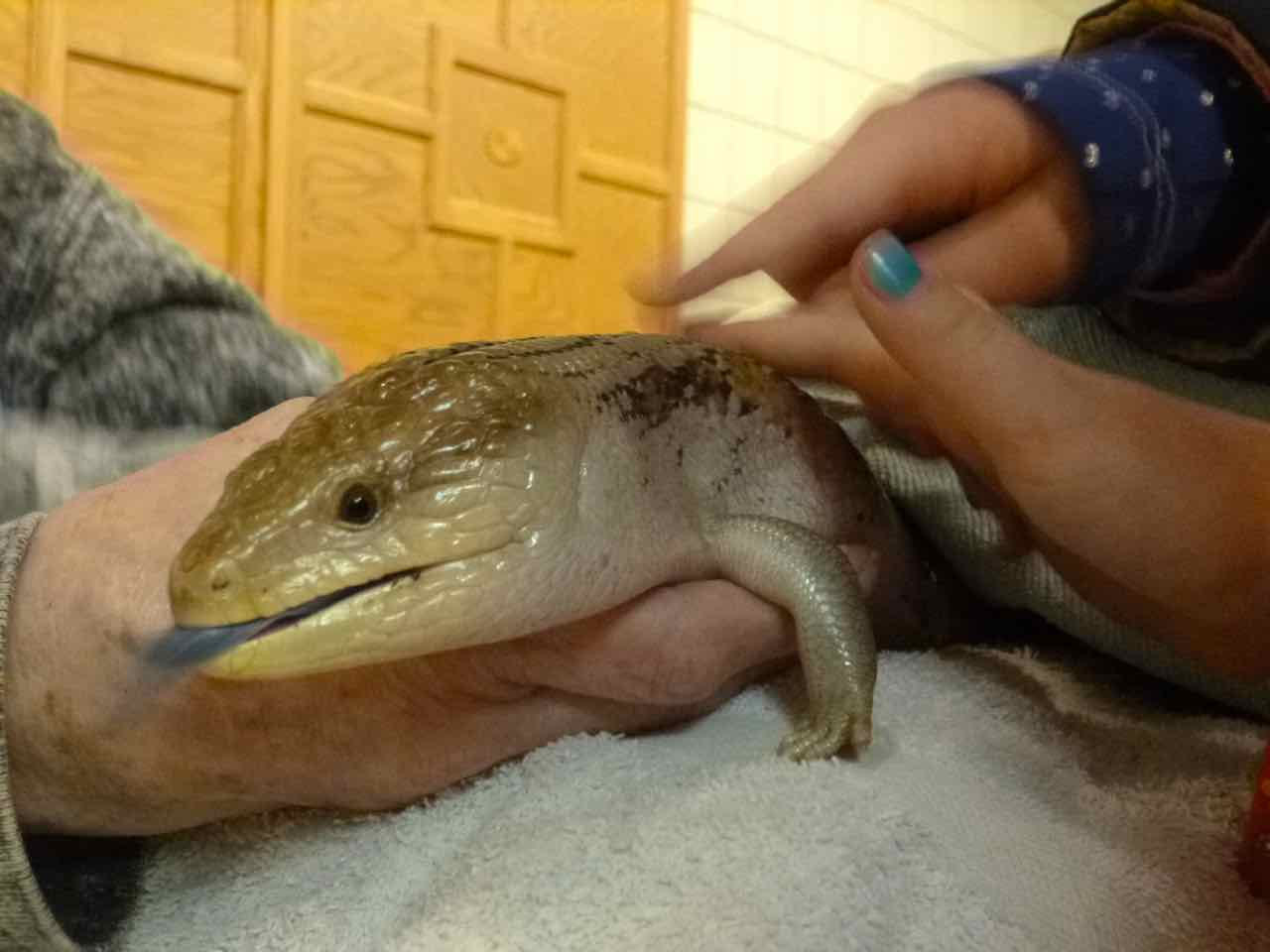 The blue-tongued skink was also popular. I took about 450,000 pictures trying to get a shot of his tongue being blue and this was the only one that even kind of came out a little bit. I even took a movie during the only two minutes all night that he wasn't sticking his tongue out. Blue-tongued skinks: nothing but trouble.

Trivia: Rhode Island's first synagogue, one of the first in America, was built in 1763, although no rabbi was installed during the colonial era. Source: Rhode Island: A History, William G McLoughlin.