And how about my mathematics blog? That's had another busy week. Stuff posted there since last Sunday includes:

Now let me take a break from non-pinball content with some pictures from Silver Balls, the post-Christmas tournament 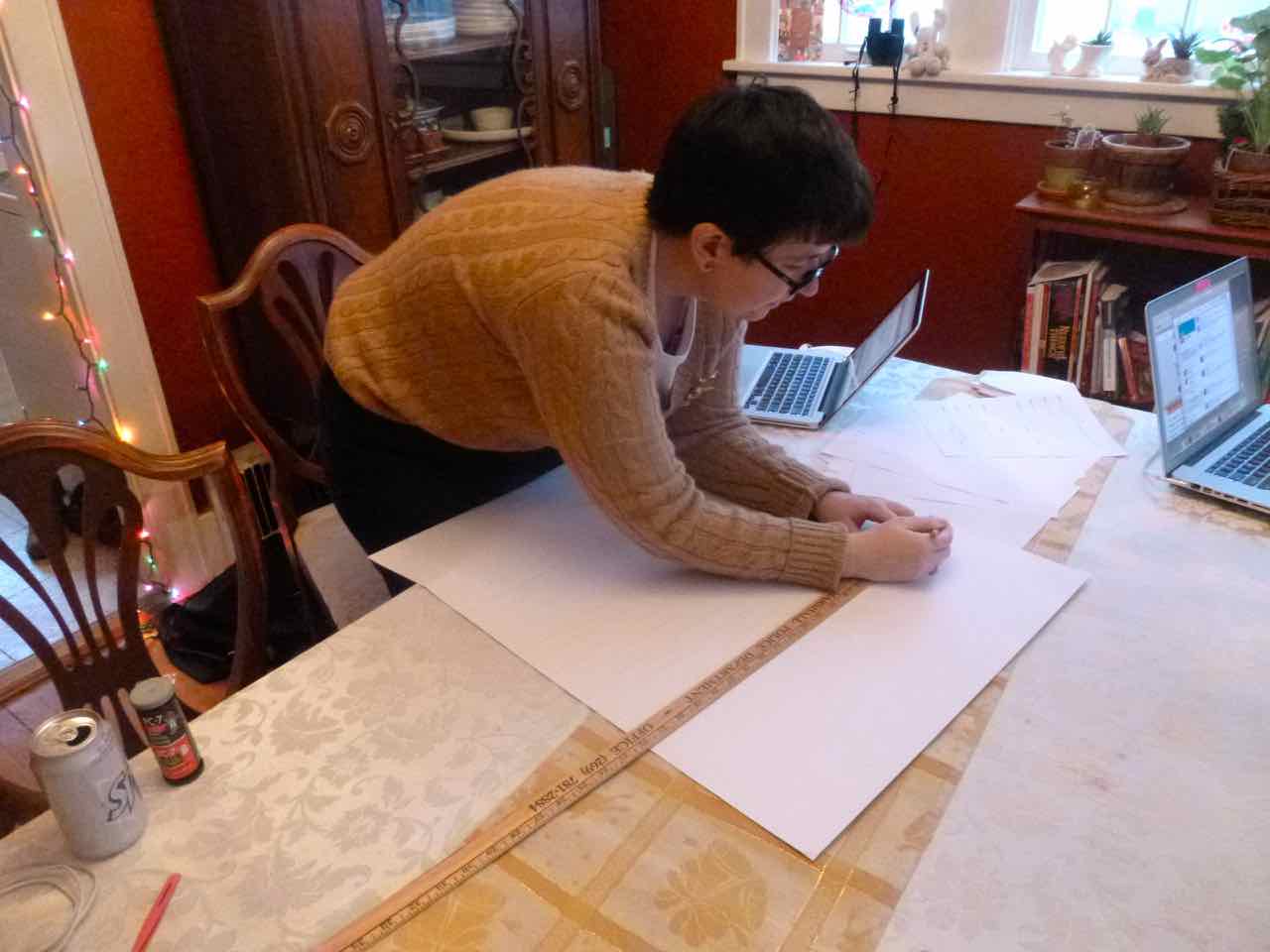 bunny_hugger making final preparations for the Silver Balls pinball tournament, the first one she would run. This would be tracing out lines for the four-strikes tournament, so people could see at a glance who was knocked out. Off on the right, you can see me with my Twitter account open. 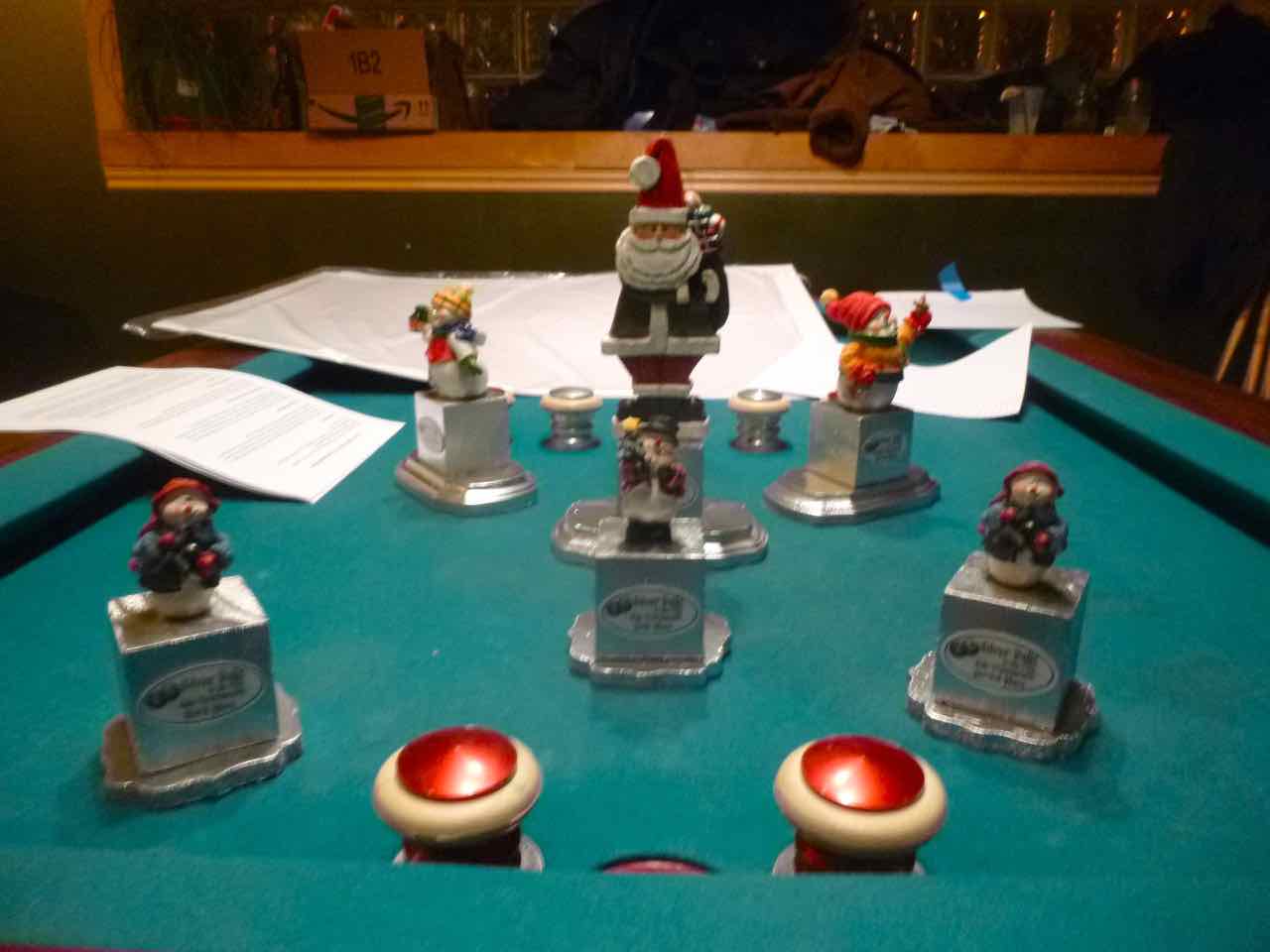 bunny_hugger made for the Silver Balls pinball tournament, here together for the last time: set up on the bumper pool table at our hipster bar. Nobody knows how to play bumper pool. We're not sure why they have the table there. 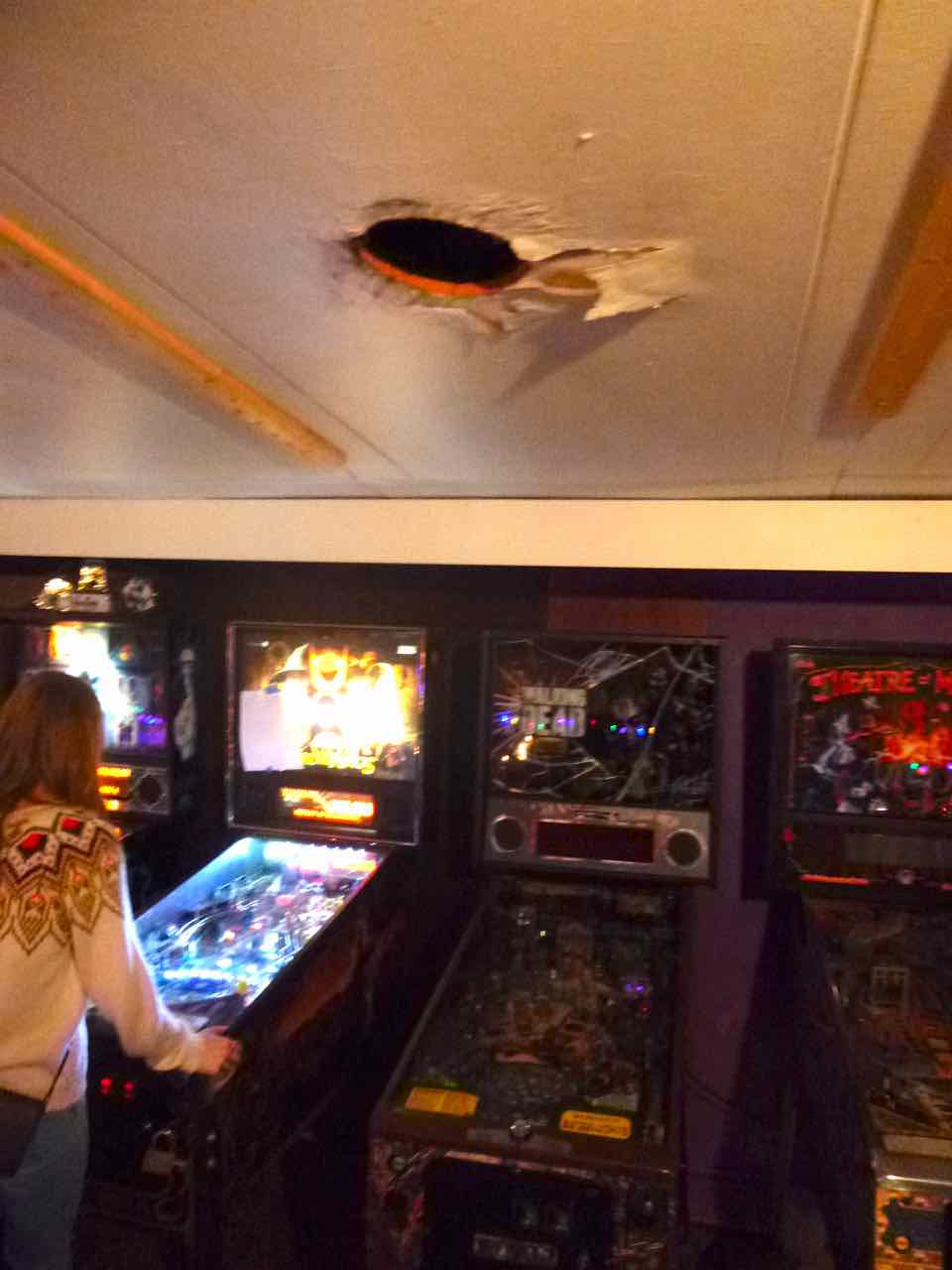 It wouldn't be a pinball event at our hipster bar if there weren't something crazy and broken going on. In this case, it was a massive hole in the ceiling letting melting ice through. At first it knocked out the entire upper floor of pinball games, seven of the fourteen in the venue. Mercifully they were able to dry out most of the floor and turn on all but The Walking Dead and Theatre of Magic without risk of electrocuting any patrons. 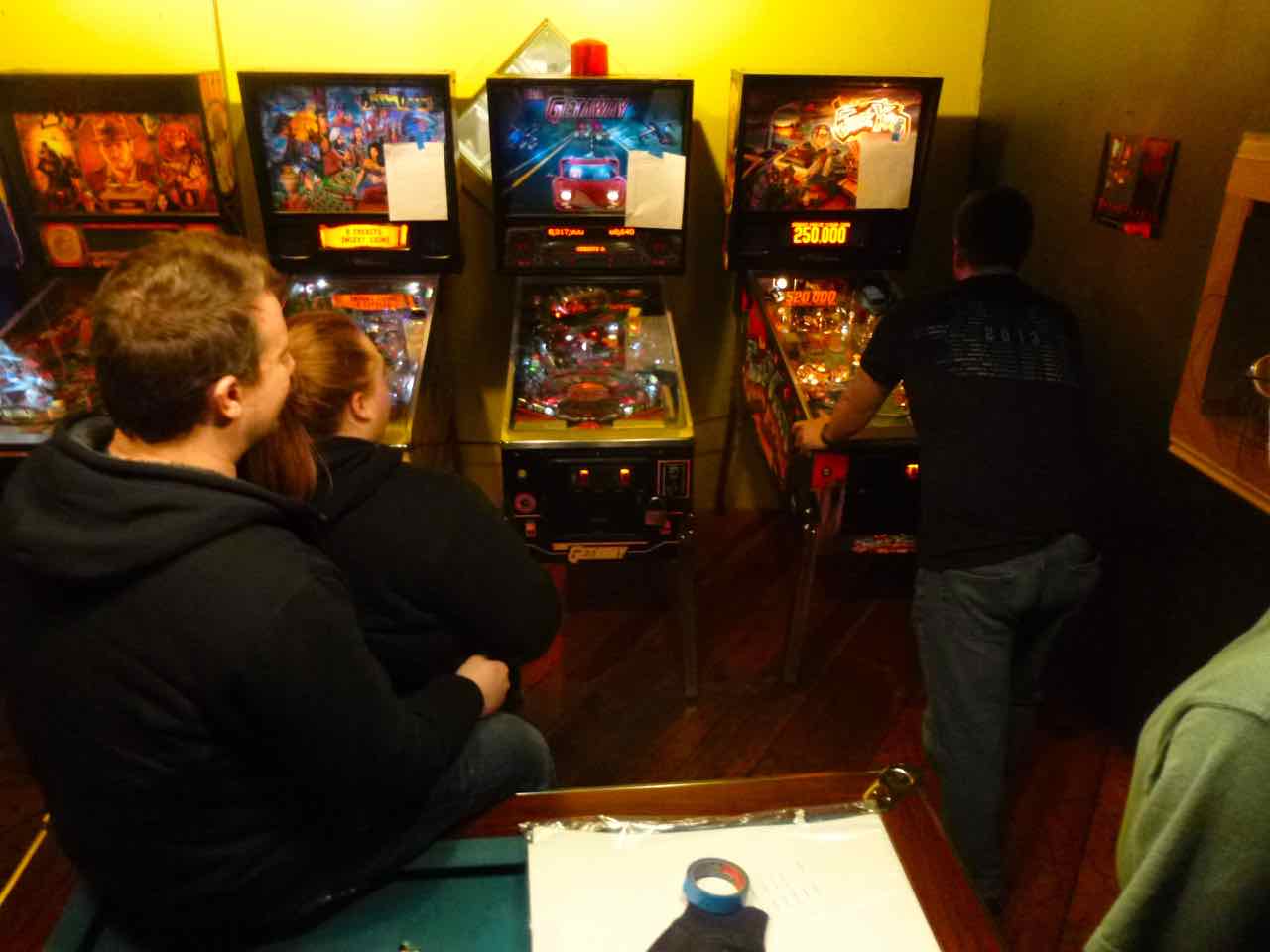 What does a pinball tournament look like? Like this, most of the time, actually. This was near the end of the night, though, with only a few players left still competing. The pages pasted to the backglasses describe known issues that might affect game strategy. Some of the issues are kind of obscure; like, on Getaway, there's a note that standing targets don't correctly add to the Supercharger value. On Austin Powers (not in frame) we note that it's Austin Powers. 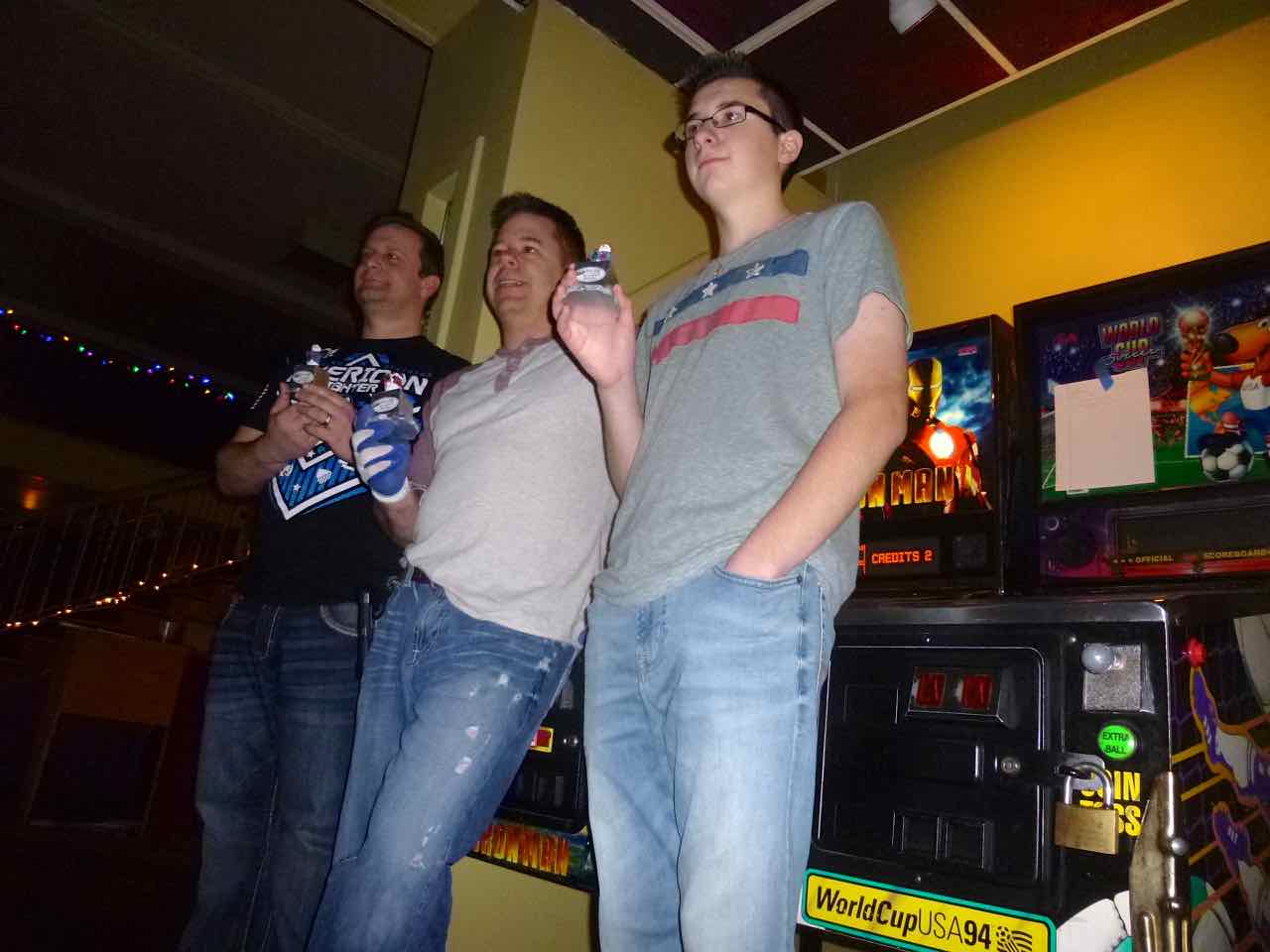 What the end of a pinball side tournament looks like: people standing around holding up trophies not perfectly sure whether their smiles look at all natural or unforced. And me kneeling down with my camera to get the best possible shot of their nostrils. 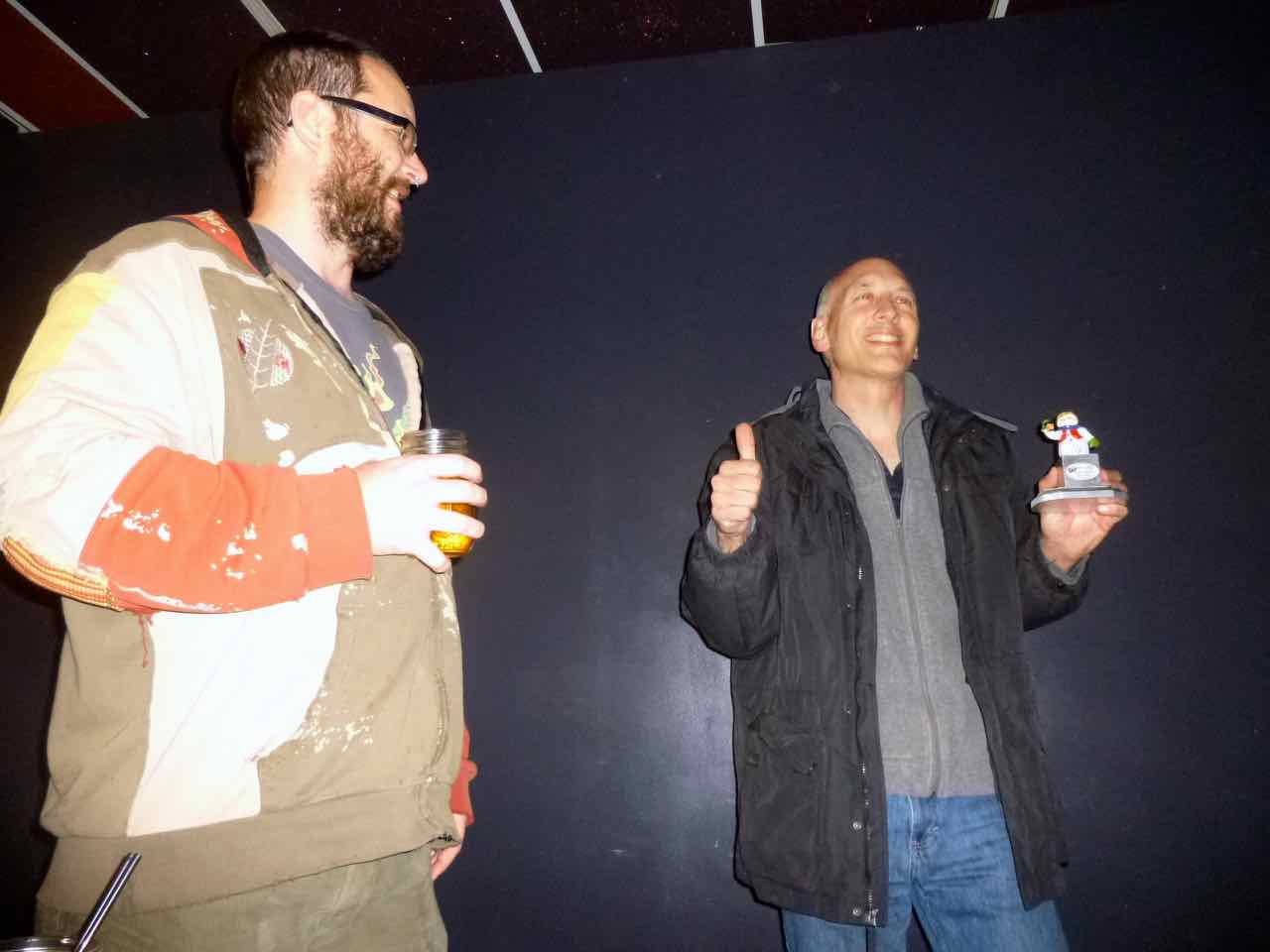 What the end of a pinball main tournament looks like: a lot like the side tournament, but with some different people getting prizes.