And what's going on in my humor blog this past week?

And some more of the Michigan State Pinball Championship: 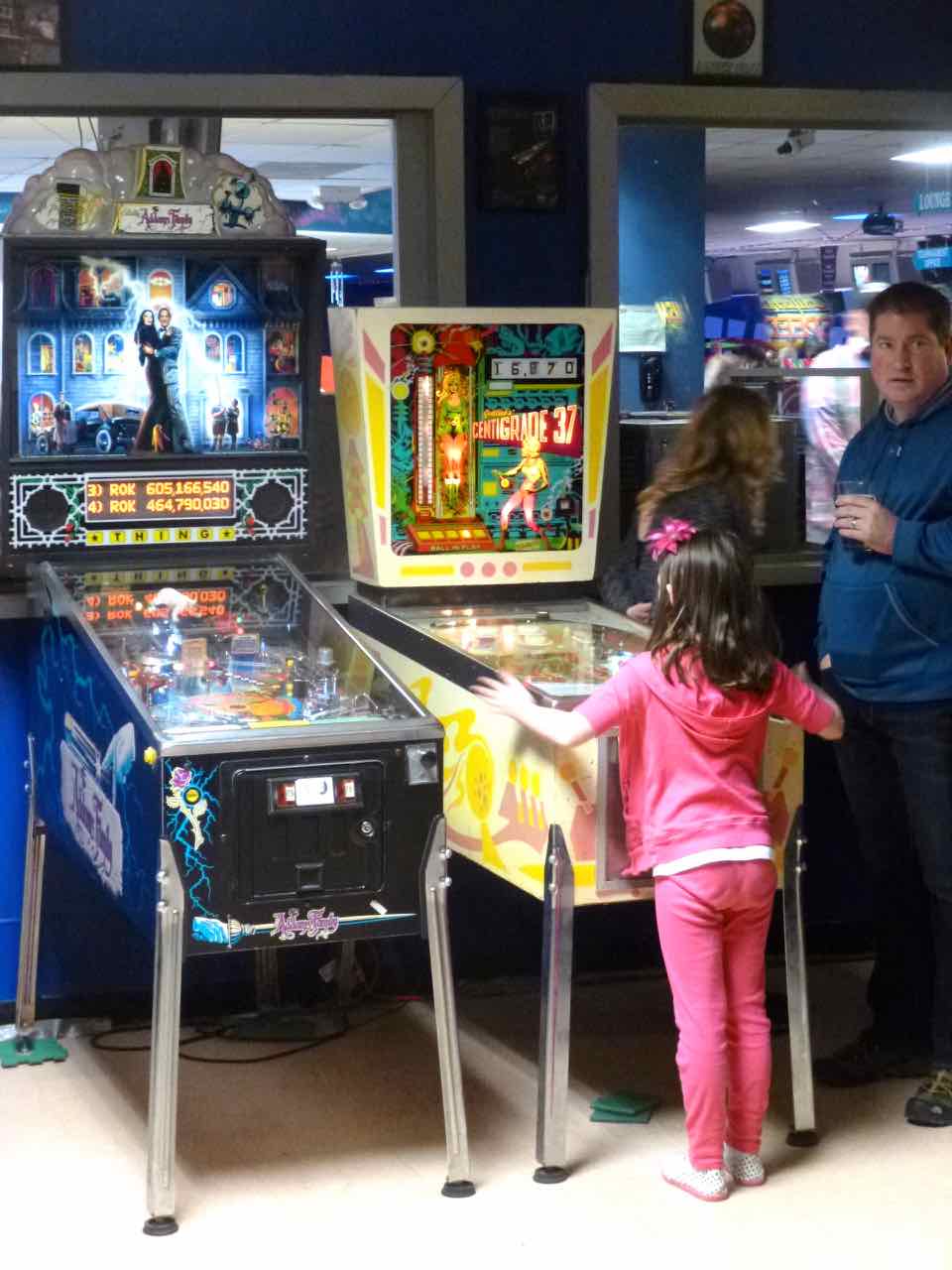 What does it take to get the next generation interested in pinball, and to get more women into the hobby? Surely it's 1970s tables themed to women in mad-scientist giant test tubes! (It's a pretty fun game, actually, just you can't help wondering where the concept album for it went.) 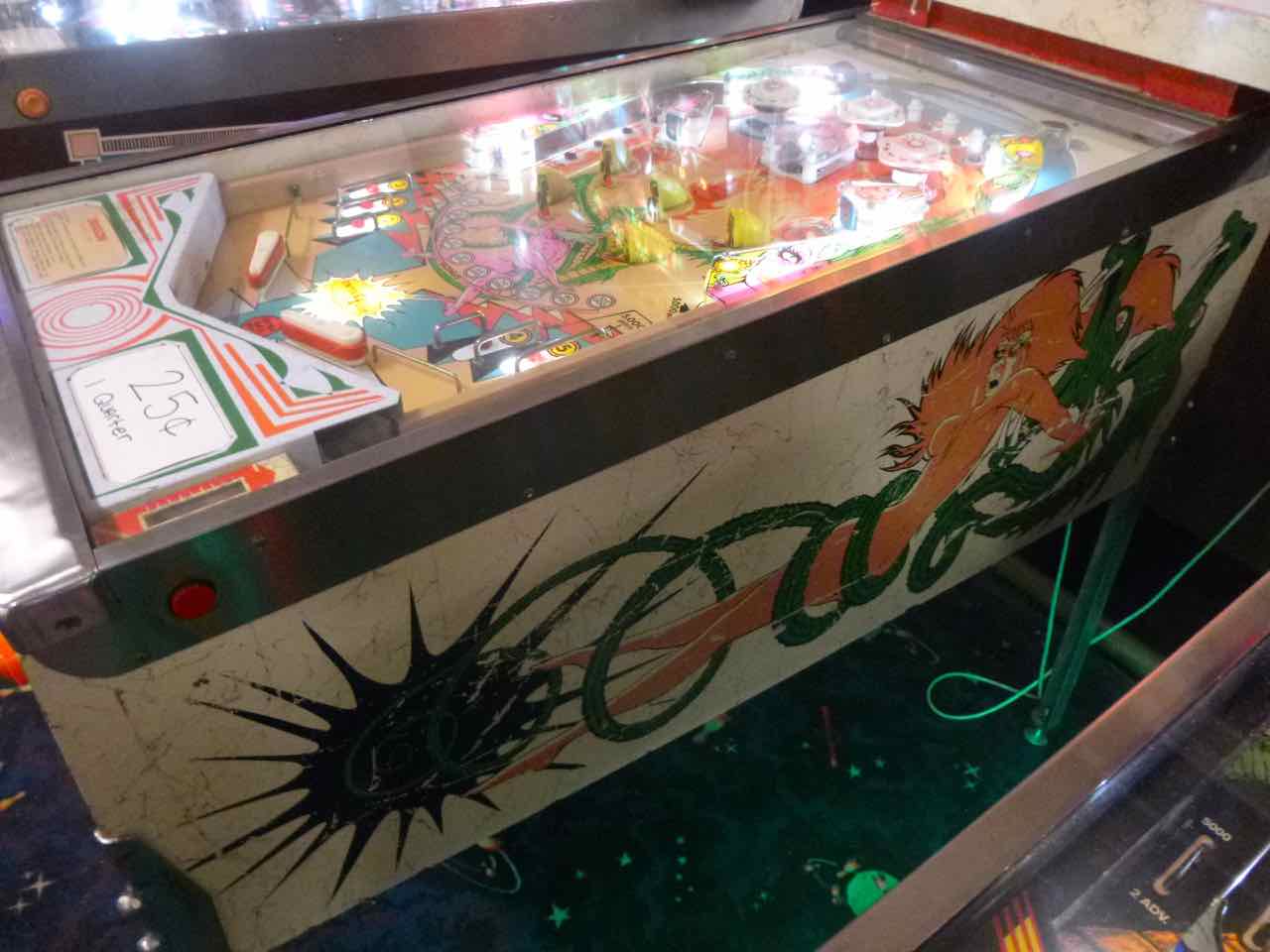 Bao. Dragon is a quirky favorite game; it's a strange Spanish-made machine. Bao. It's got these weird semicircular targets that drop down and make a pained electromechanical growl. Bao. The table really seems like it ought to be named Hydra. Bao. On the side panel, a two-headed serpent drags ThunderCat Cheetara into a black hole. Bao. 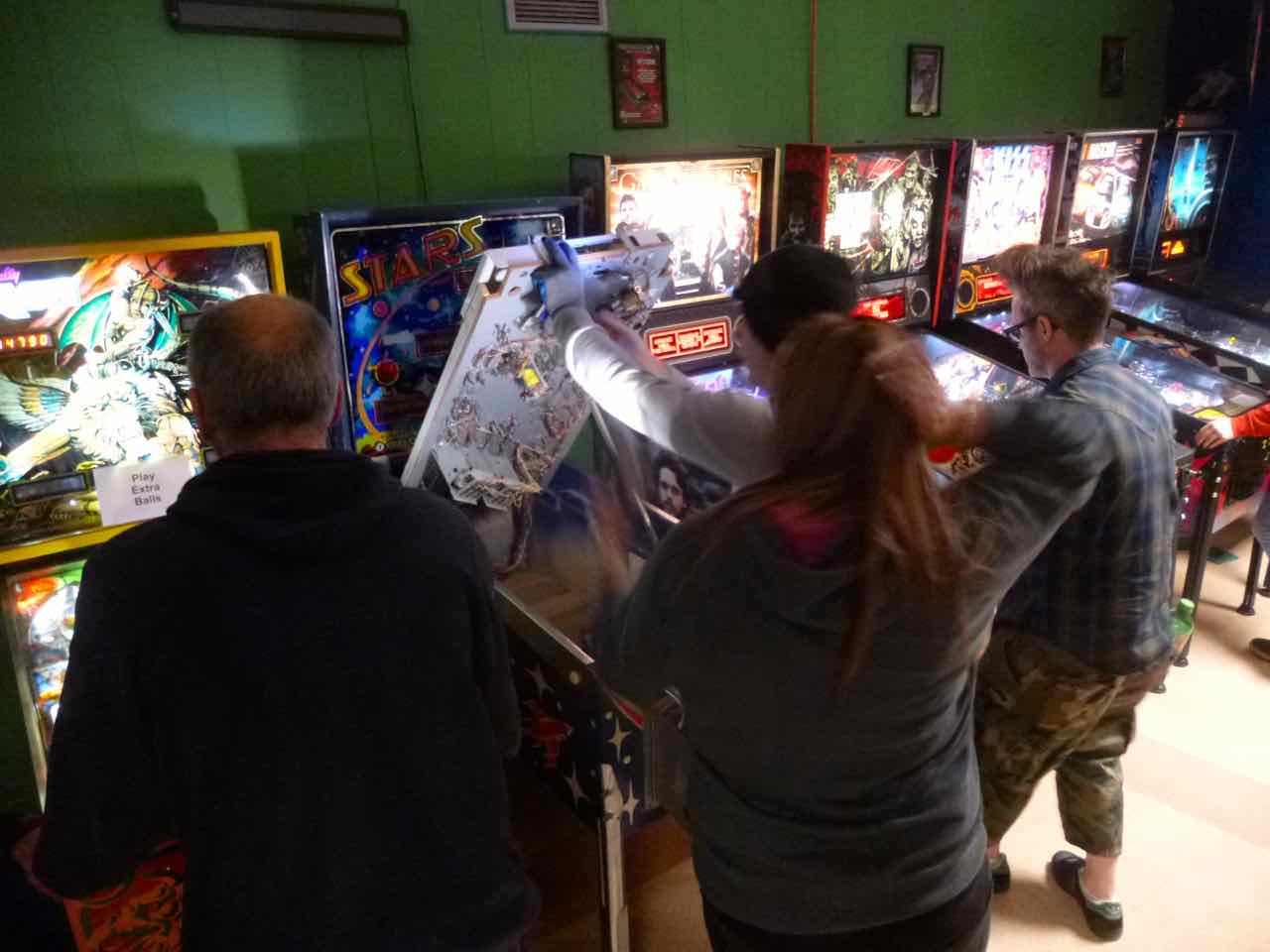 In the wild, a pinball table will sit motionless for hours, even days before lunging its playfield open and snapping down an unwary player. This Stars, however, had the poor luck to choose a victim that was ready. He grabbed the supporting rod and held the table's maw open. It will not have this dinner. But these are rich times in the pinball arcade's ecosystem. It will have several more good chances to feed before its hunger becomes critical. 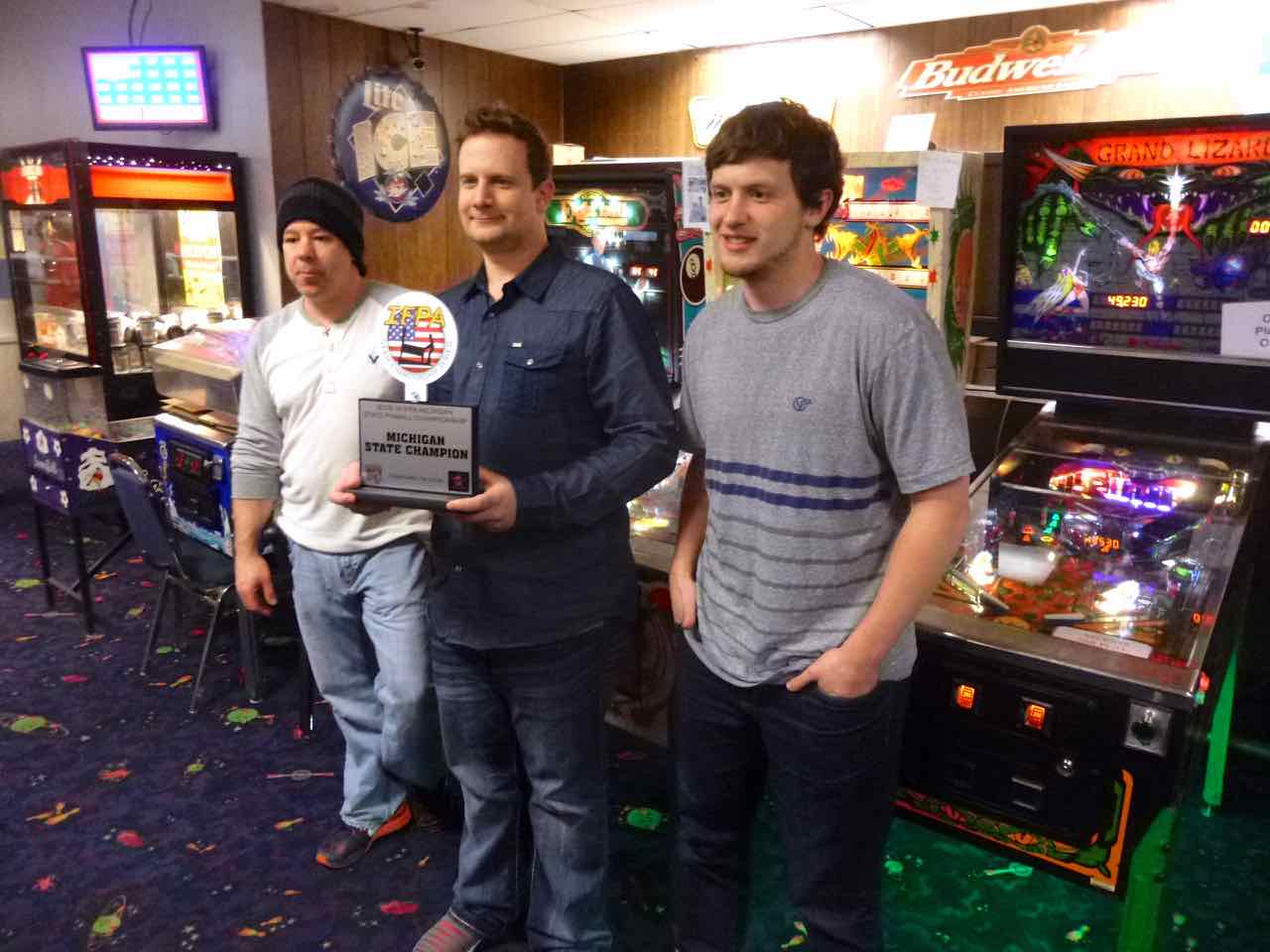 Michigan's top three competitive pinball players looking as natural and fun-loving as you might expect from people who've just seen all the competition, many of them friends, messily devoured by Stars. 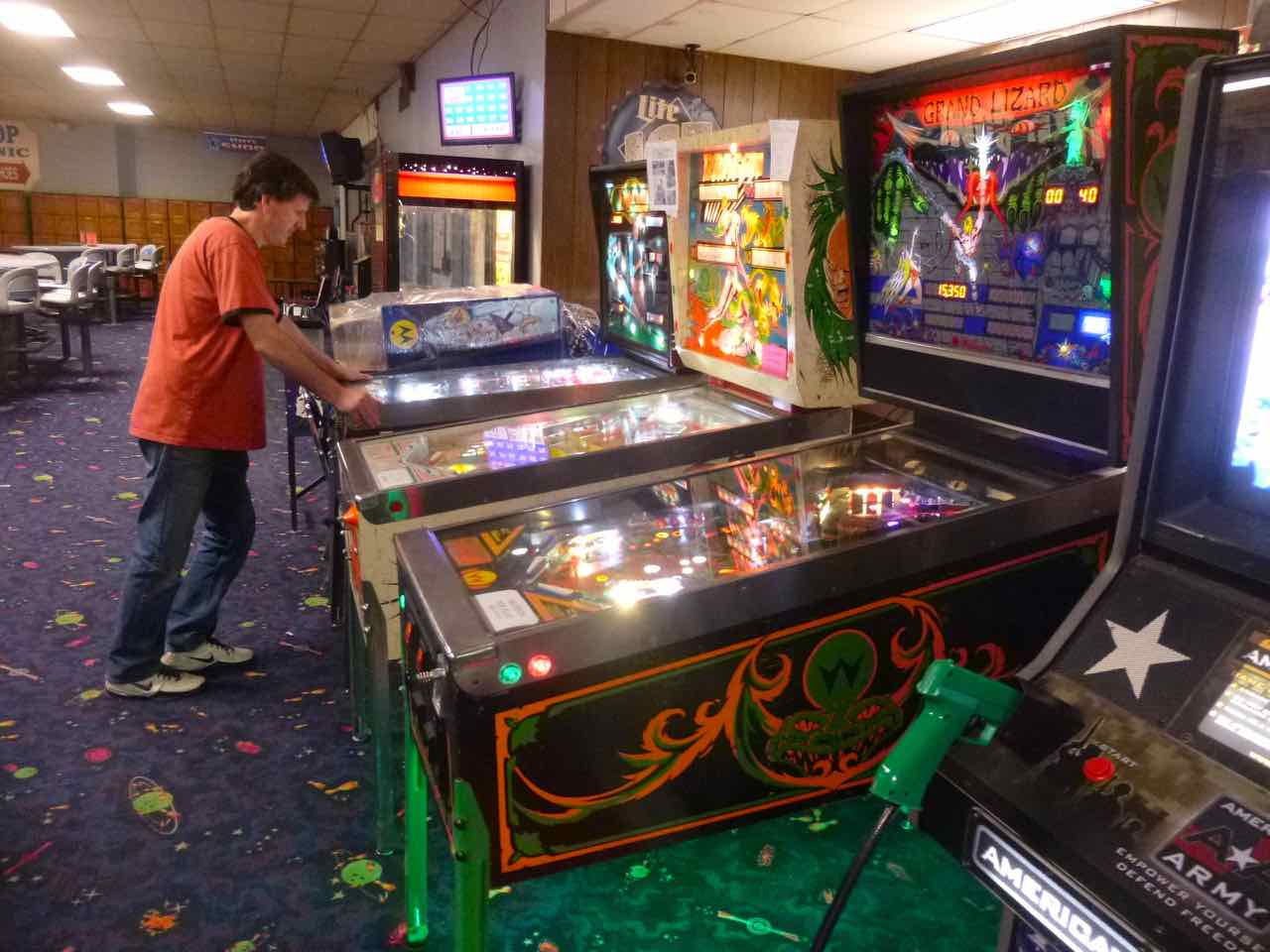 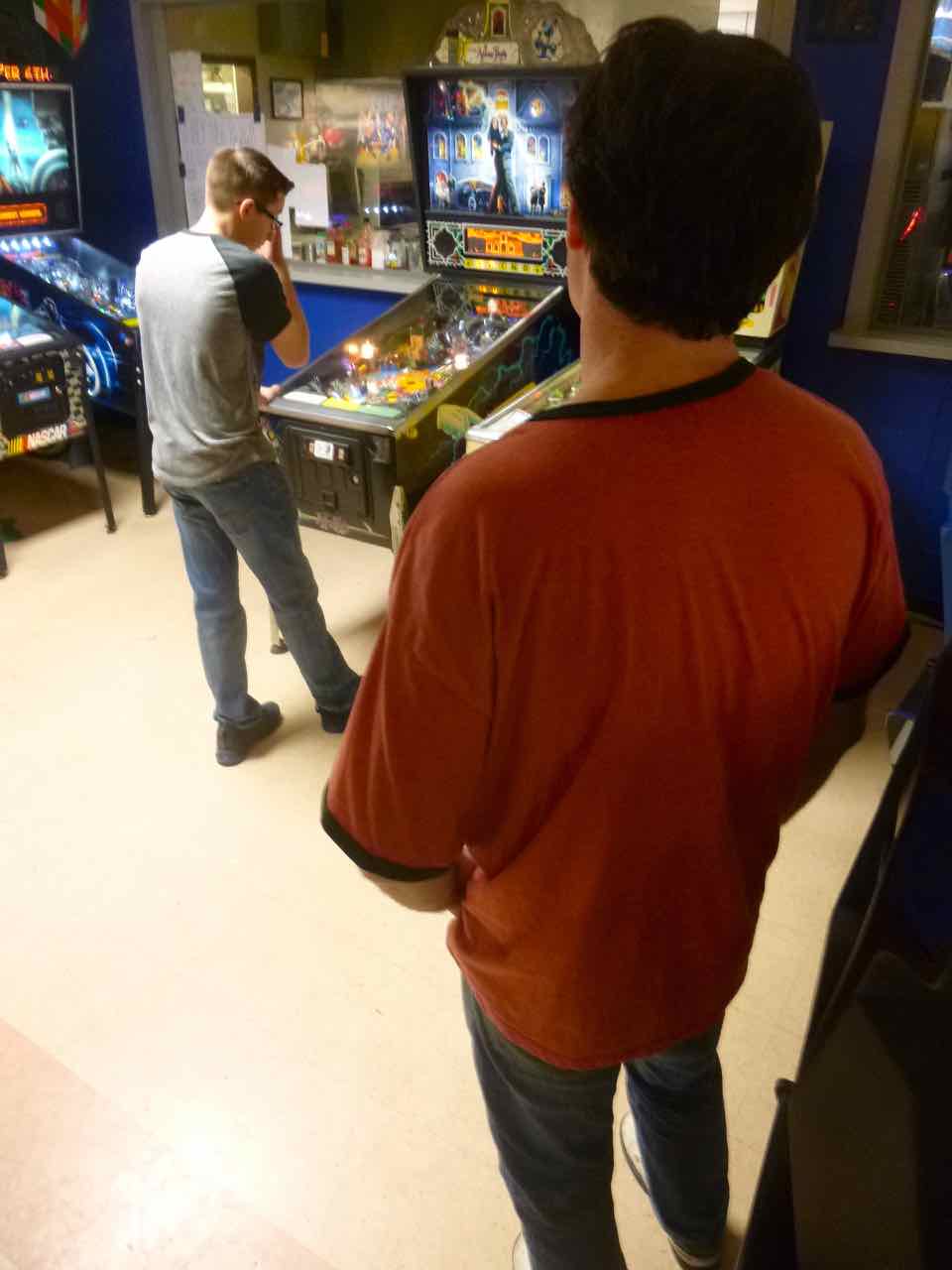 Final rounds of the Amazing Race side tournament. Everyone gathers around watching the action on The Addams Family. I think he's touring the mansion, incredibly enough. Trust me that this is incredible.

Trivia: After burning Washington, the British offered the residents of Alexandria, DC, the chance to be spared, if all available food, drink, and shop merchandise were given over. They had one hour to decide. Alexandria accepted. Source: Union 1812: The Americans Who Fought the Second War of Independence, A J Langguth.

PS: Reading the Comics, April 19, 2016: Mostly Reruns Edition, although I say new stuff about the comics, and that counts, right?