And with that done, how about go to Saturday at Motor City Furry Con for a look around, almost all at the fursuit parade before and after? 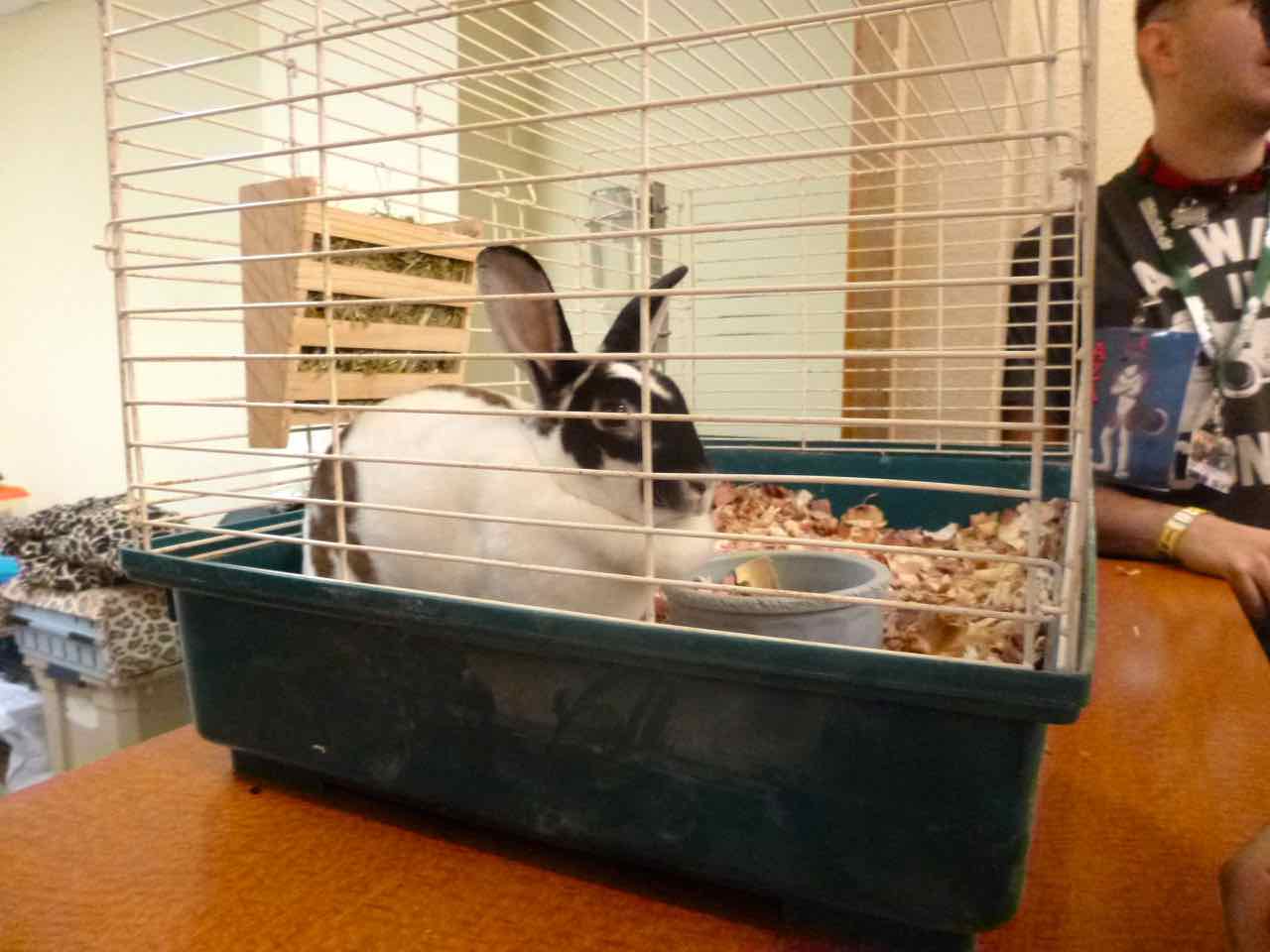 The rabbit we didn't adopt. I couldn't get a better picture as the Animal Magic people asked folks not to take photographs, citing how camera flashes and fuss could stress the animal. 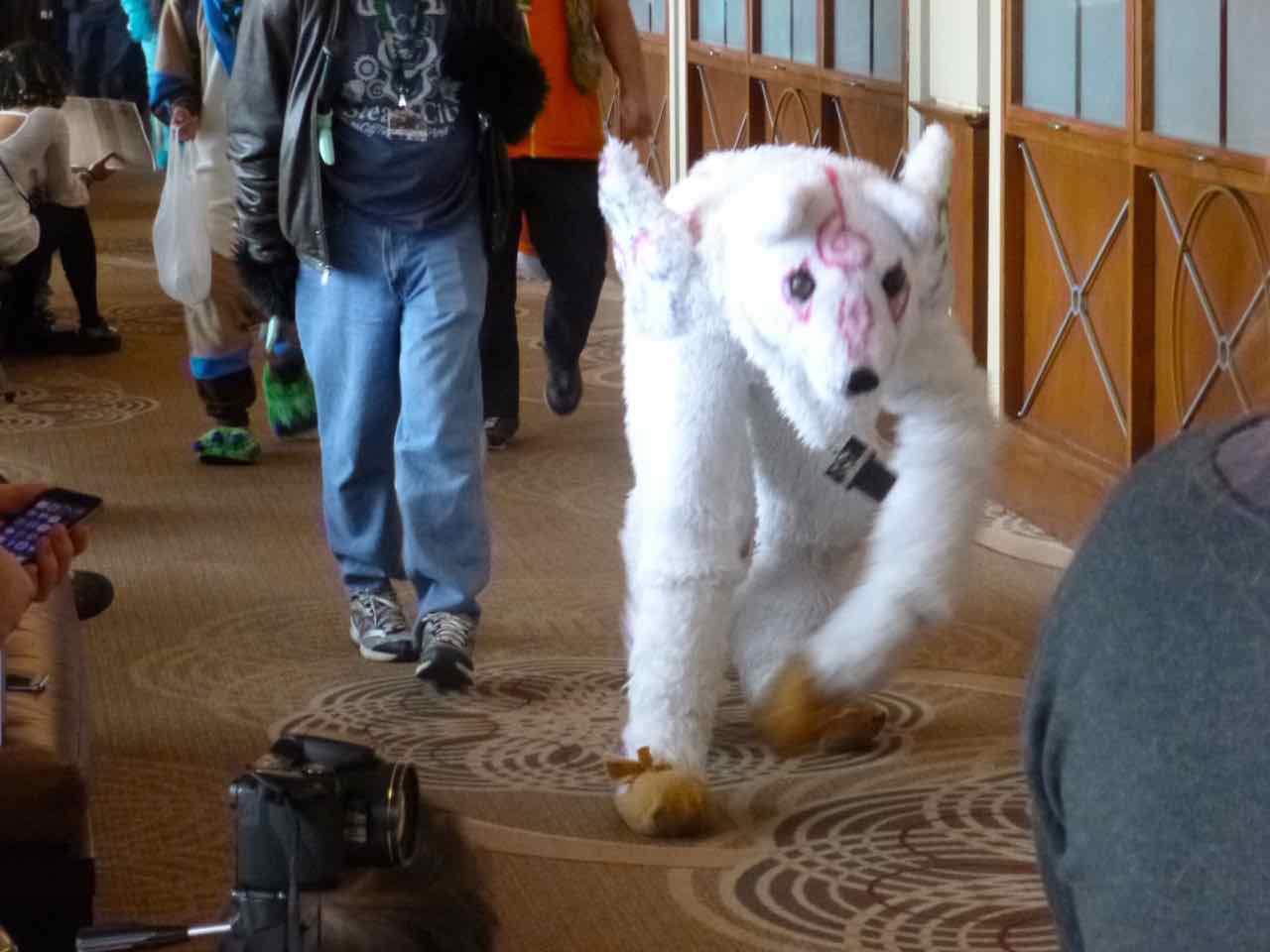 The (lone?) quad fursuiter that I saw at Motor City Furry Con 2016. My knees ache just pondering walking like that. I don't know how actual people do it. 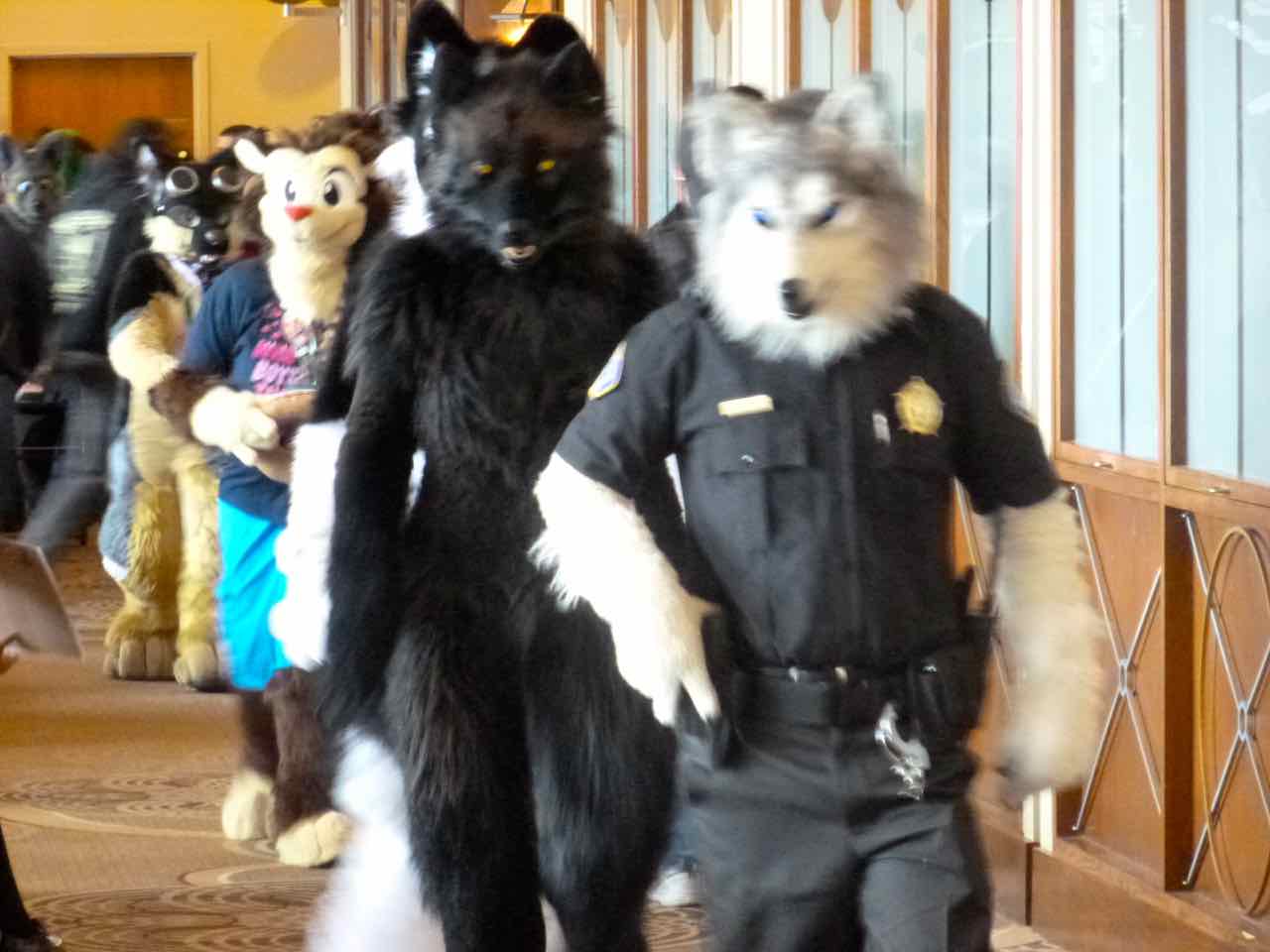 Not the fursuit parade! This is just people getting to the assembly room so they can get into the fursuit parade. The parade will go the other direction. Note to the left is nothing but glass to the open sunny daylight outside, which is why my camera needed exposure times so long that everybody came out blurry. 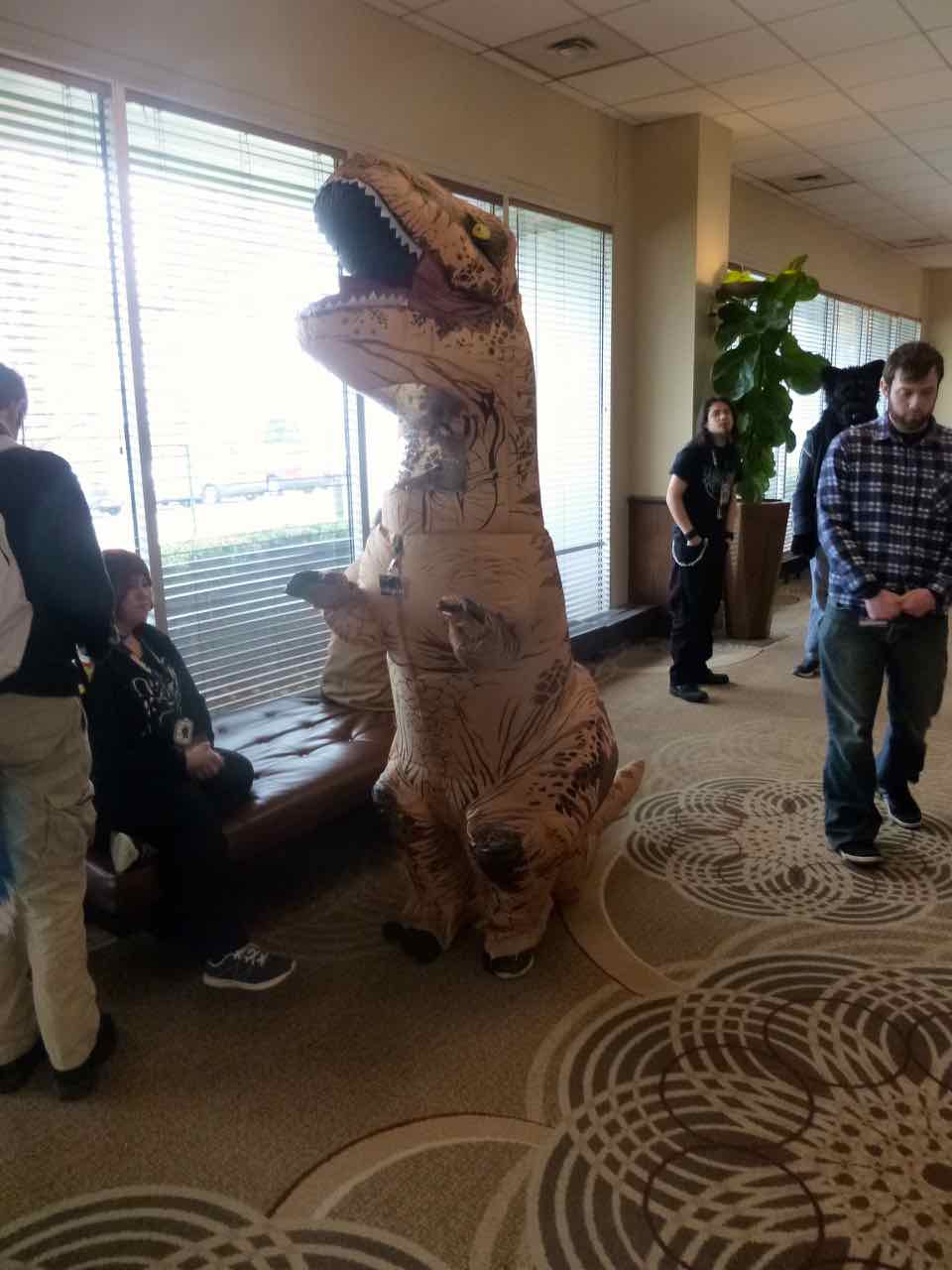 bunny_hugger in the parade and who drew all the attention away from her. 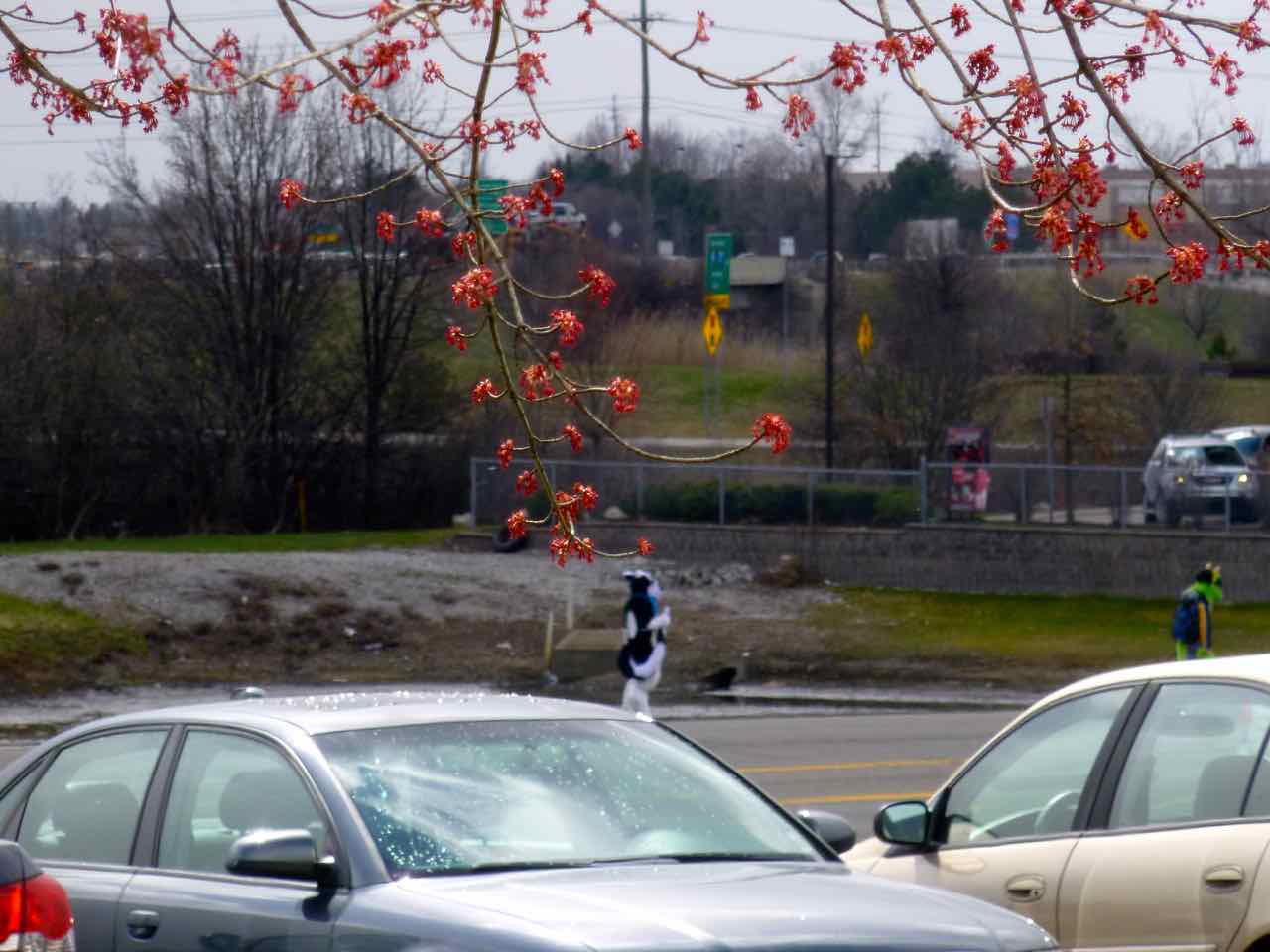 Fursuit characters try to escape to the more hospitable climate and supportive environment of the Taco Bell down the road.