Mathematics blog awareness day: it could be on your Friends page or in your RSS reader. And then other stuff in the past, lower-volume activity week on my mathematics blog have been:

Now to a bit after the Fursuit Parade at Motor City Furry Con 2016. 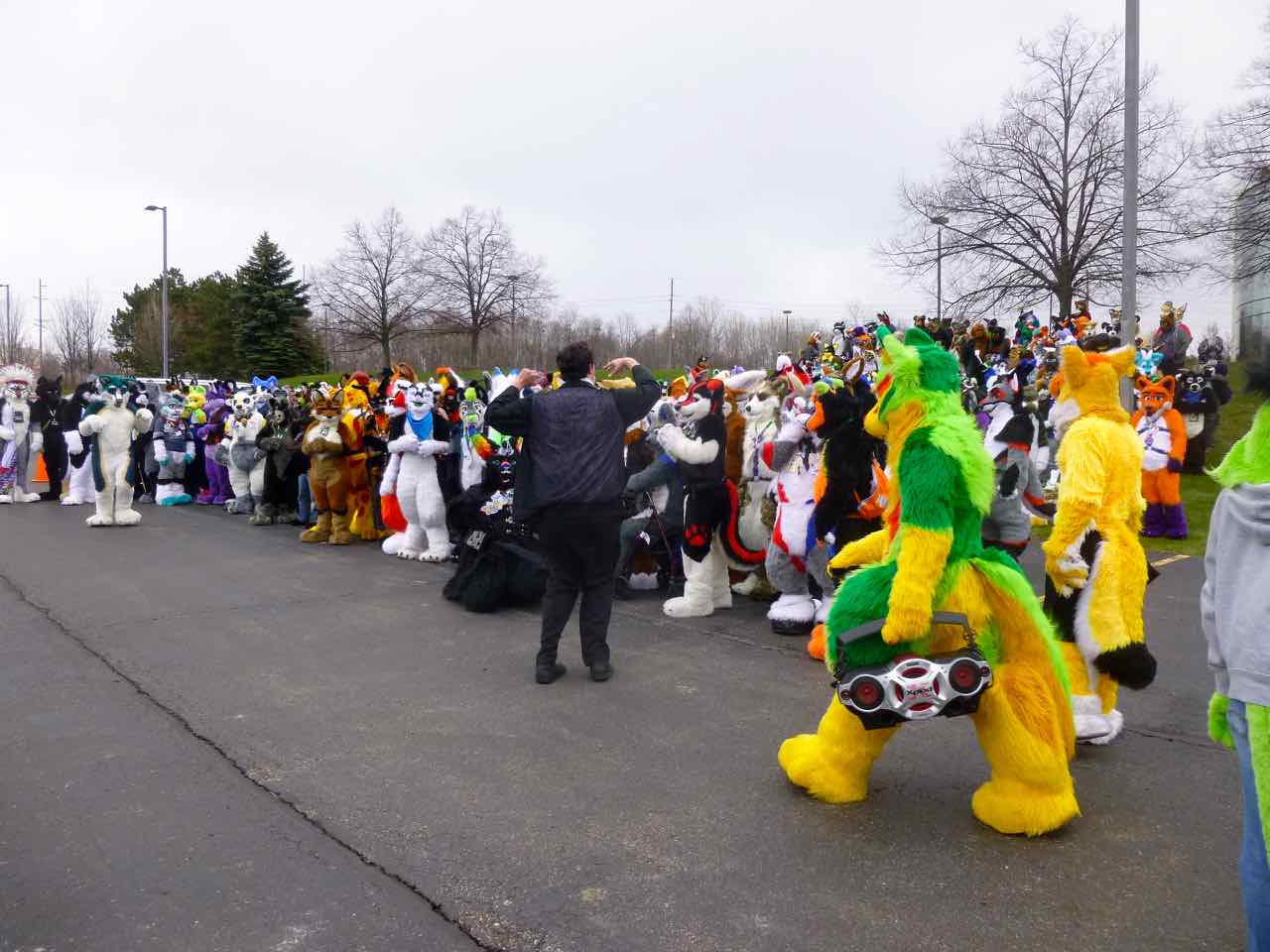 After the parade: Alkali tries valiantly to wrangle the over 200 costumed characters into some kind of order for the mass photograph. 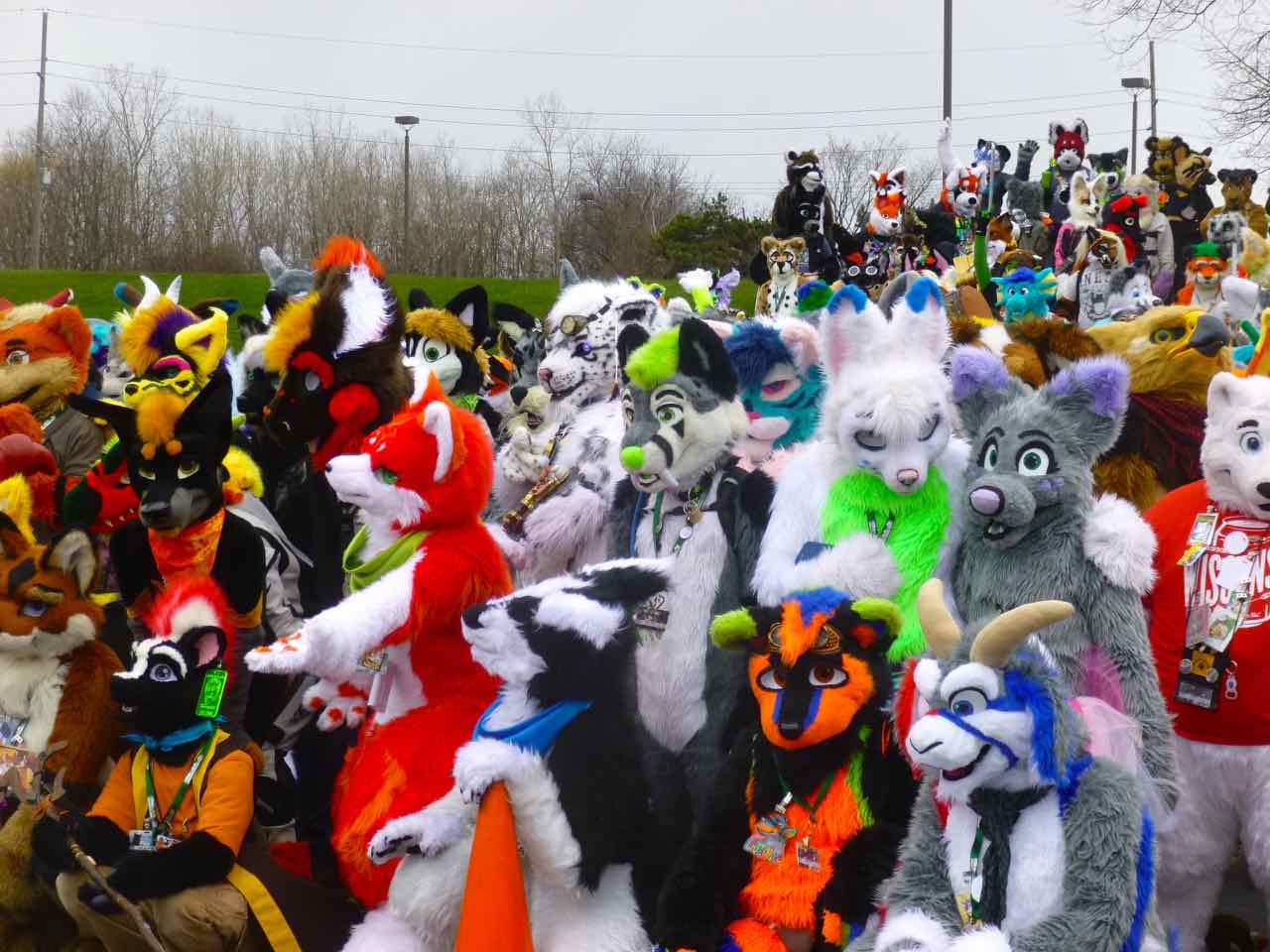 bunny_hugger in the crowd and just started taking snaps and hoping for the best. 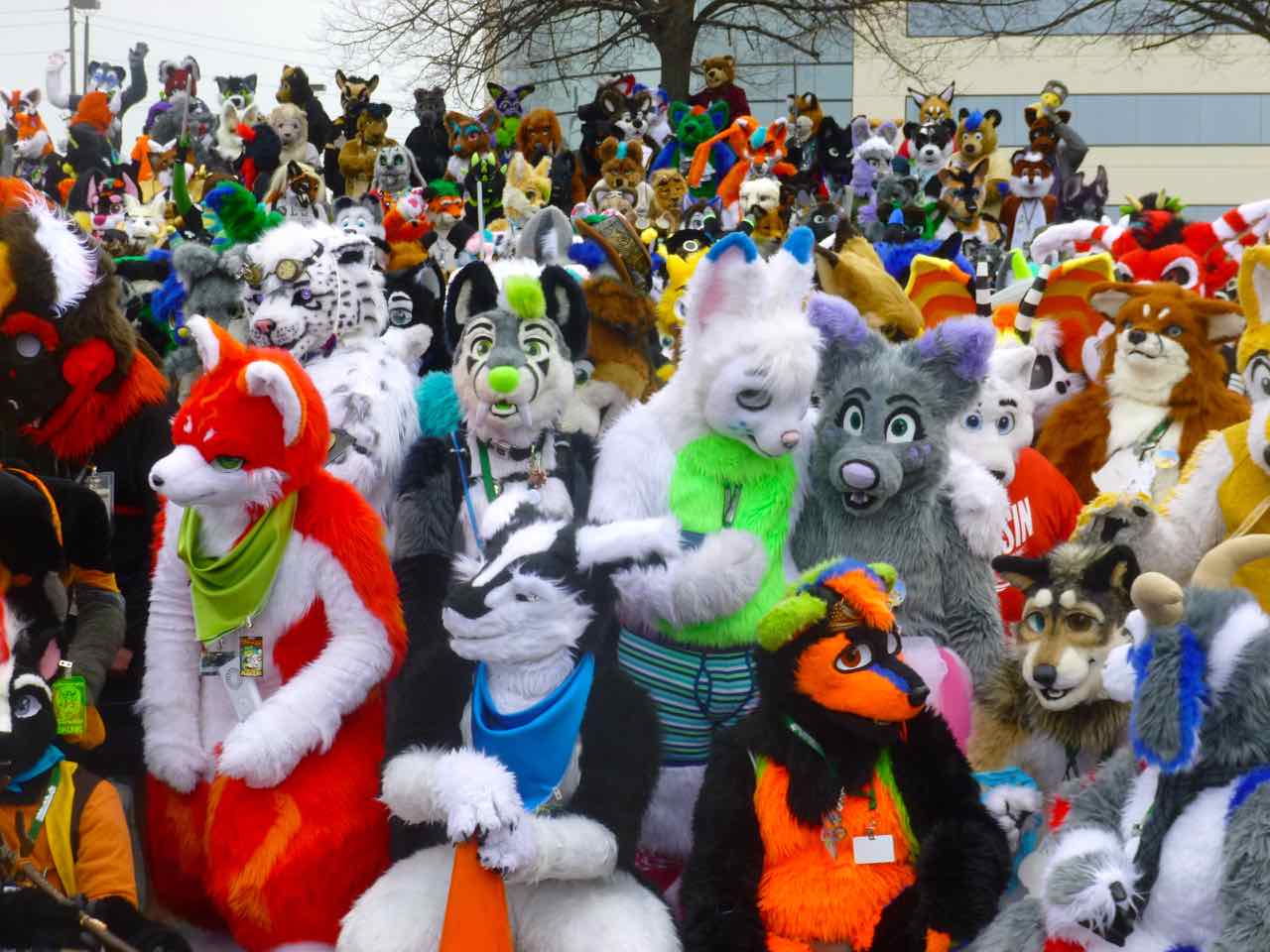 Look at that: someone spilled unnaturally-colored rabbits all over the yard. Wearing a full-body costume was the way to stay warm through this shoot. 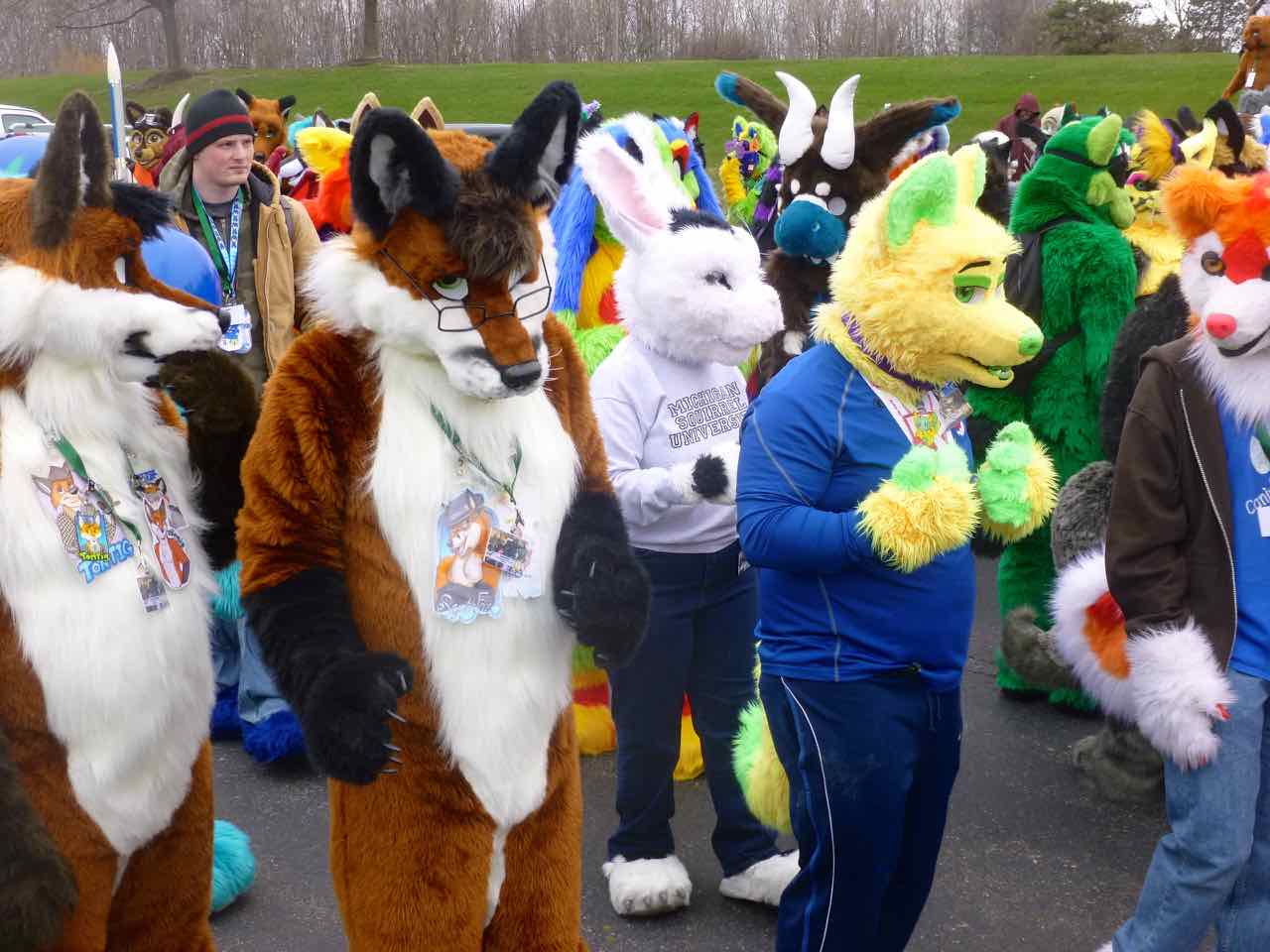 And I get my first glimpse of

bunny_hugger since her walking through the fursuit parade! She's the bunny in the Michigan Squirrel University shirt. 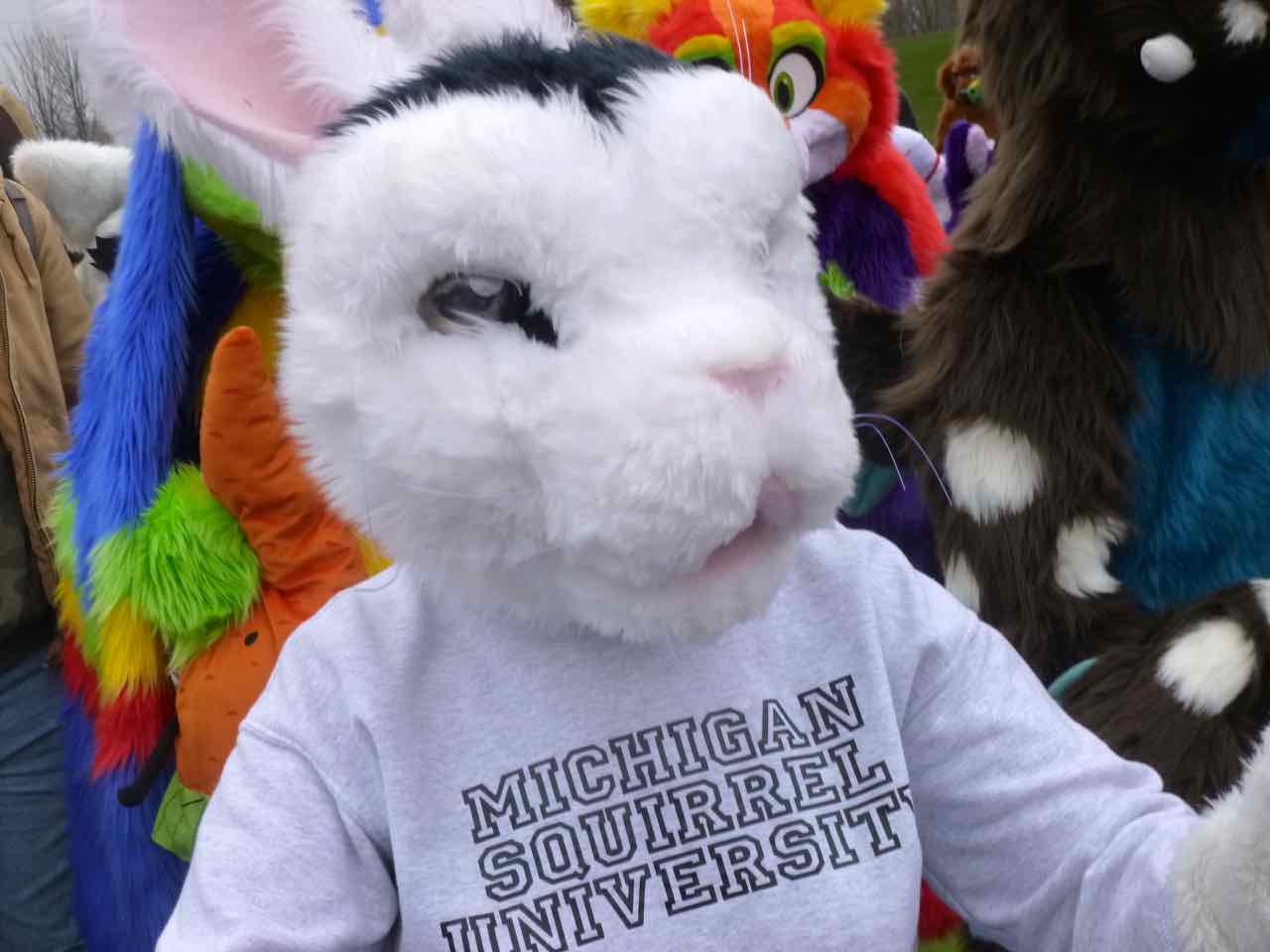 This: this is the face to fall in love with.

Trivia: By the mid-1880s the Singer sewing machine factory in Elizabeth, New Jersey, employed about three thousand workers and produced six to seven thousand machines a week, with a goal of eight thousand. (It was originally designed to produce five thousand per week.) Source: New Jersey: A History of the Garden State, Editors Maxine N Lurie, Richard Veit.